My short visit in Nagoya combined sakura, history, and a concert in one day.

So far, Nagoya never sparked a large interest in me like other major cities did. The city is one of the biggest cities of Japan but does not offer as many sights as Kyoto, to example. The reason why I decided to come here after all was to meet a friend from Shizuoka prefecture who came all the way to meet with me.

Takao and I met during my last Japan trip after the Hatsune Miku concert (more about that below). We decided to make a sightseeing tour through Nagoya, and also include some pop culture into the Itinerary.

Our first stop in the morning was Nagoya Castle, or a reconstruction of it. The cherry trees in the surrounding park were blossoming at last, giving a great impression. 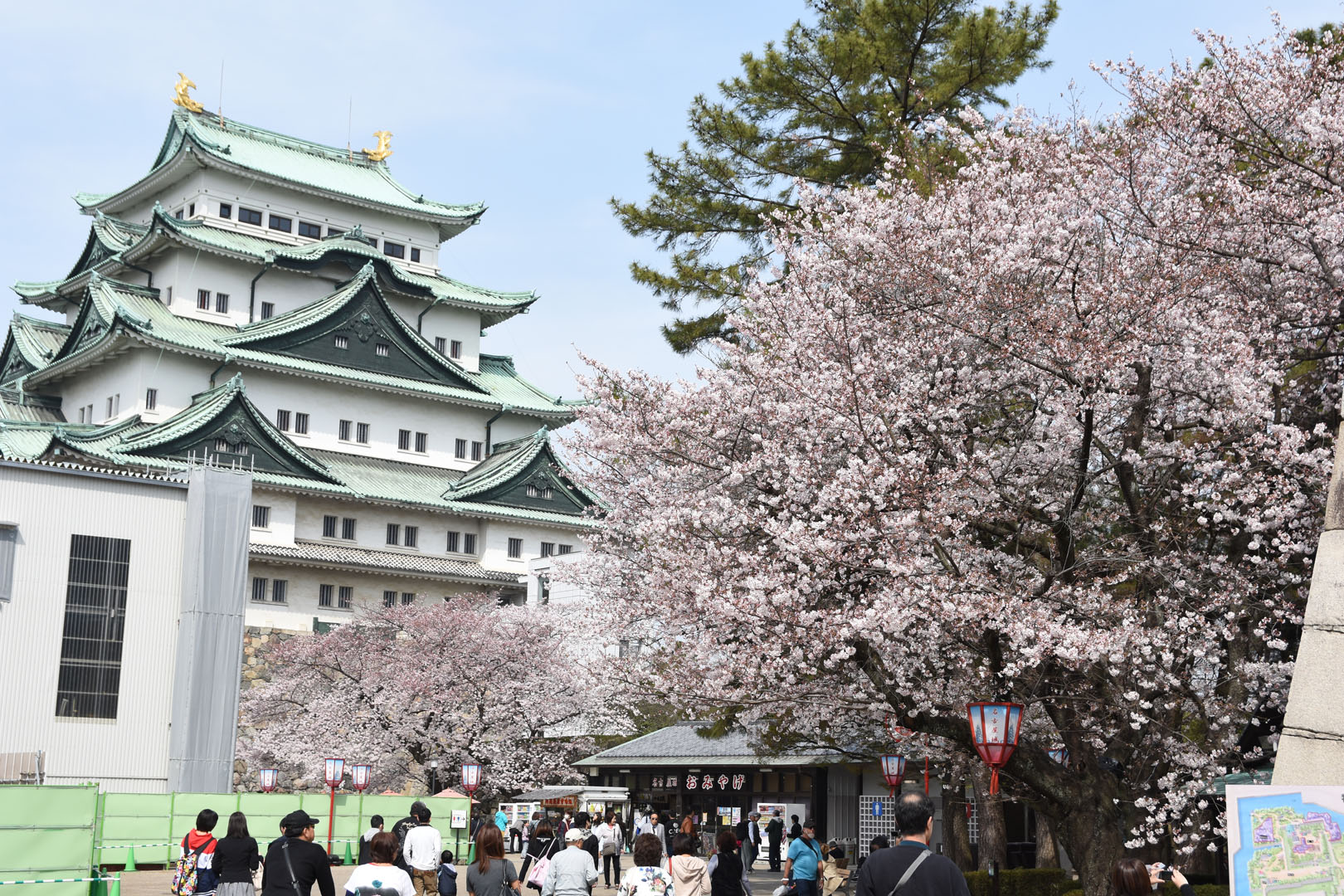 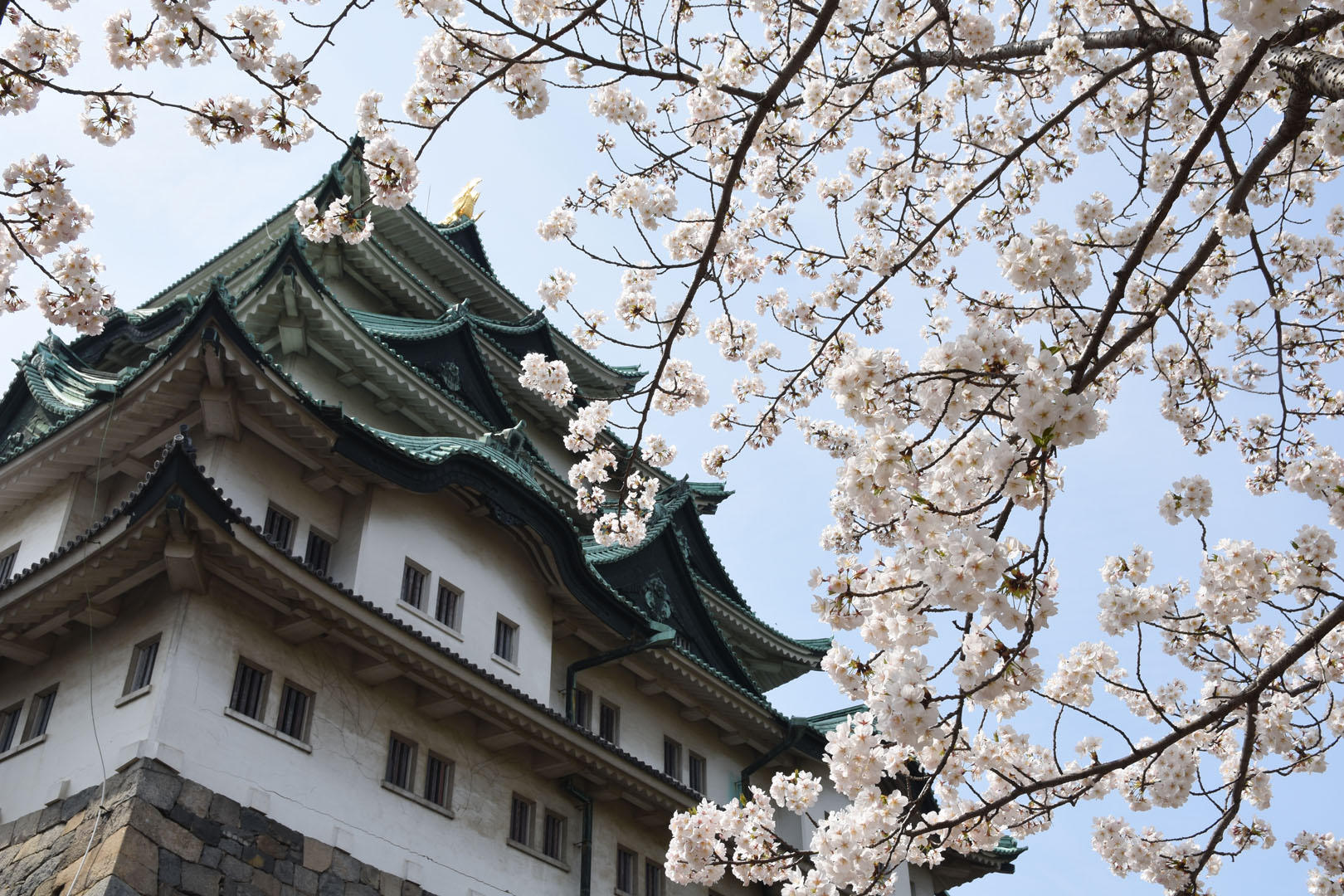 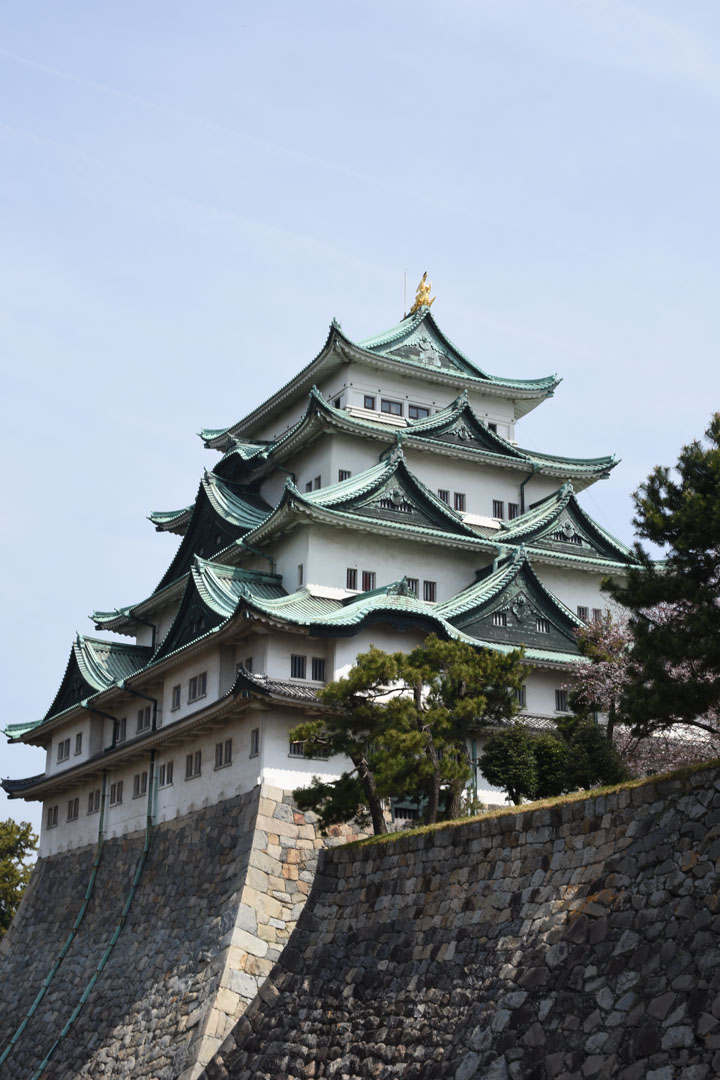 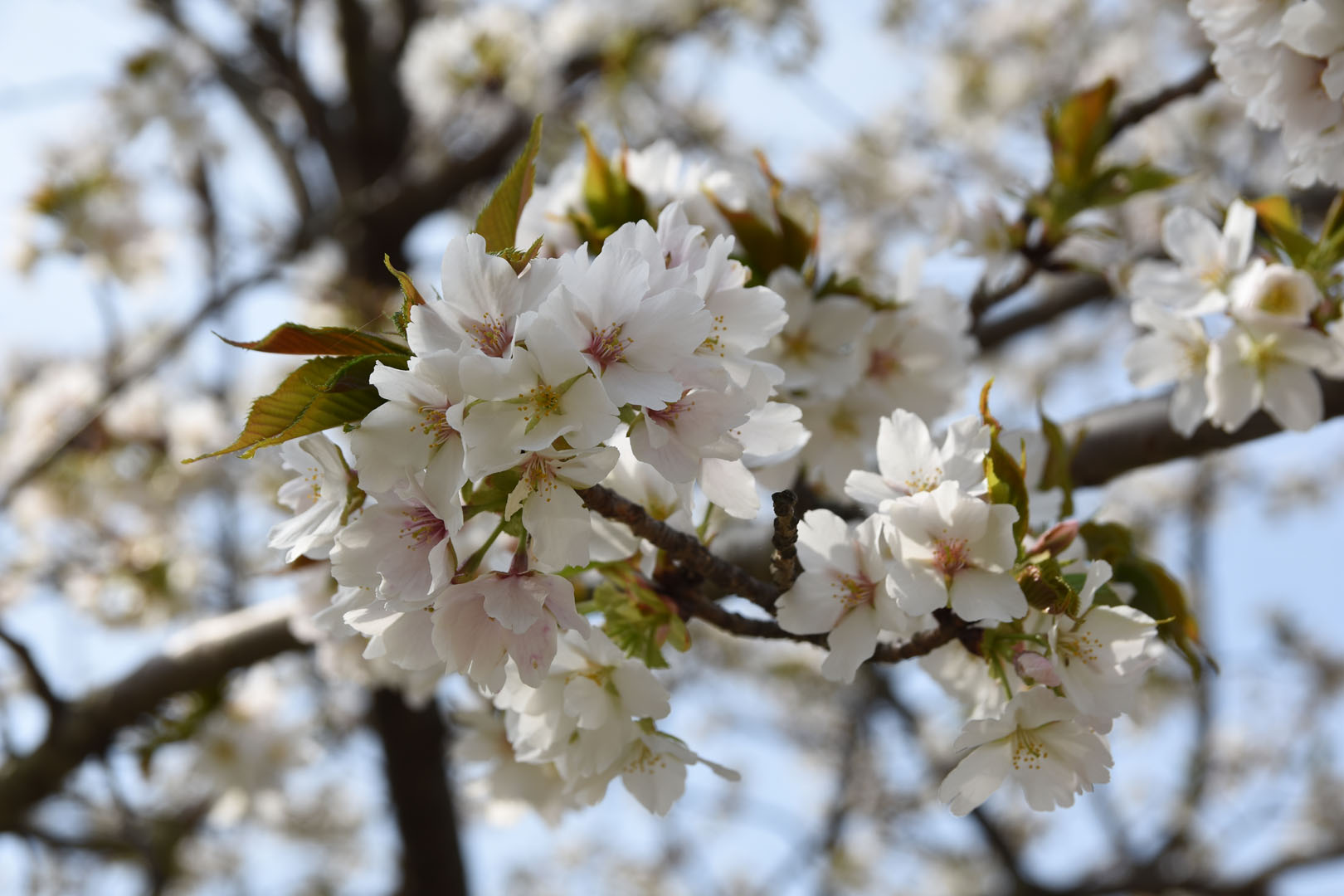 Inside the castle there was an exhibition about the history of Nagoya, the construction of the castle, followed by the destruction during war and the reconstruction. 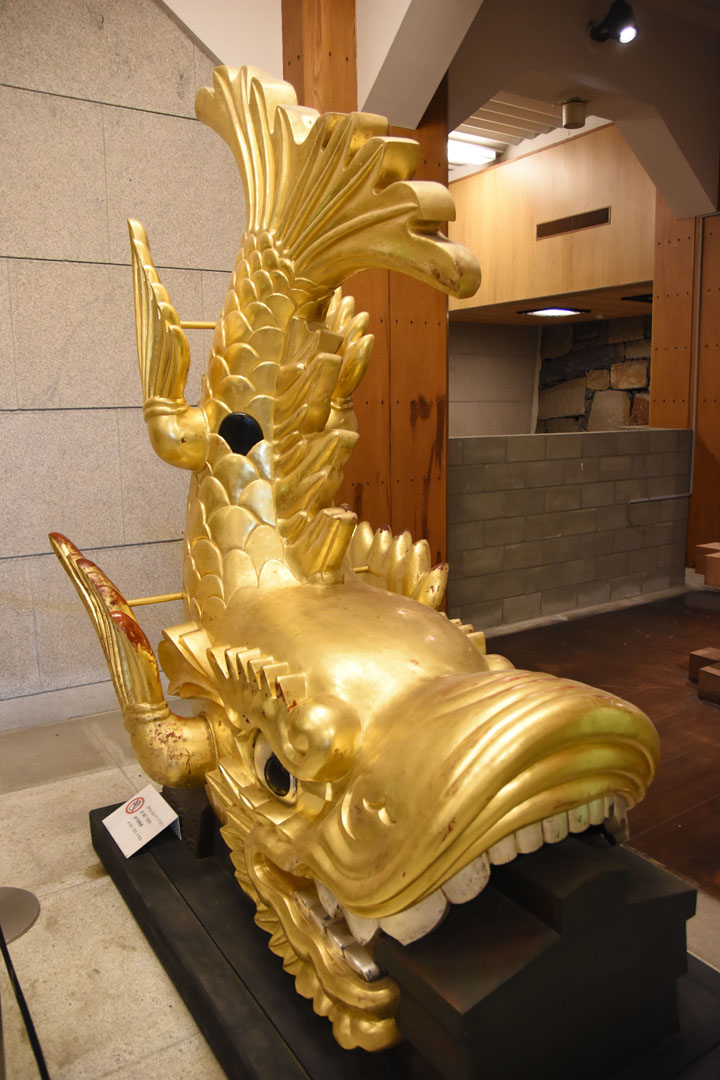 Nagoya’s regional dish is Hitsumabushi, a savory meal with unagi (freshwater eel). I found eel to be one of the tastiest dishes of washoku cuisine so I was really looking forward to eating it at a local restaurant. And it was so delicious! 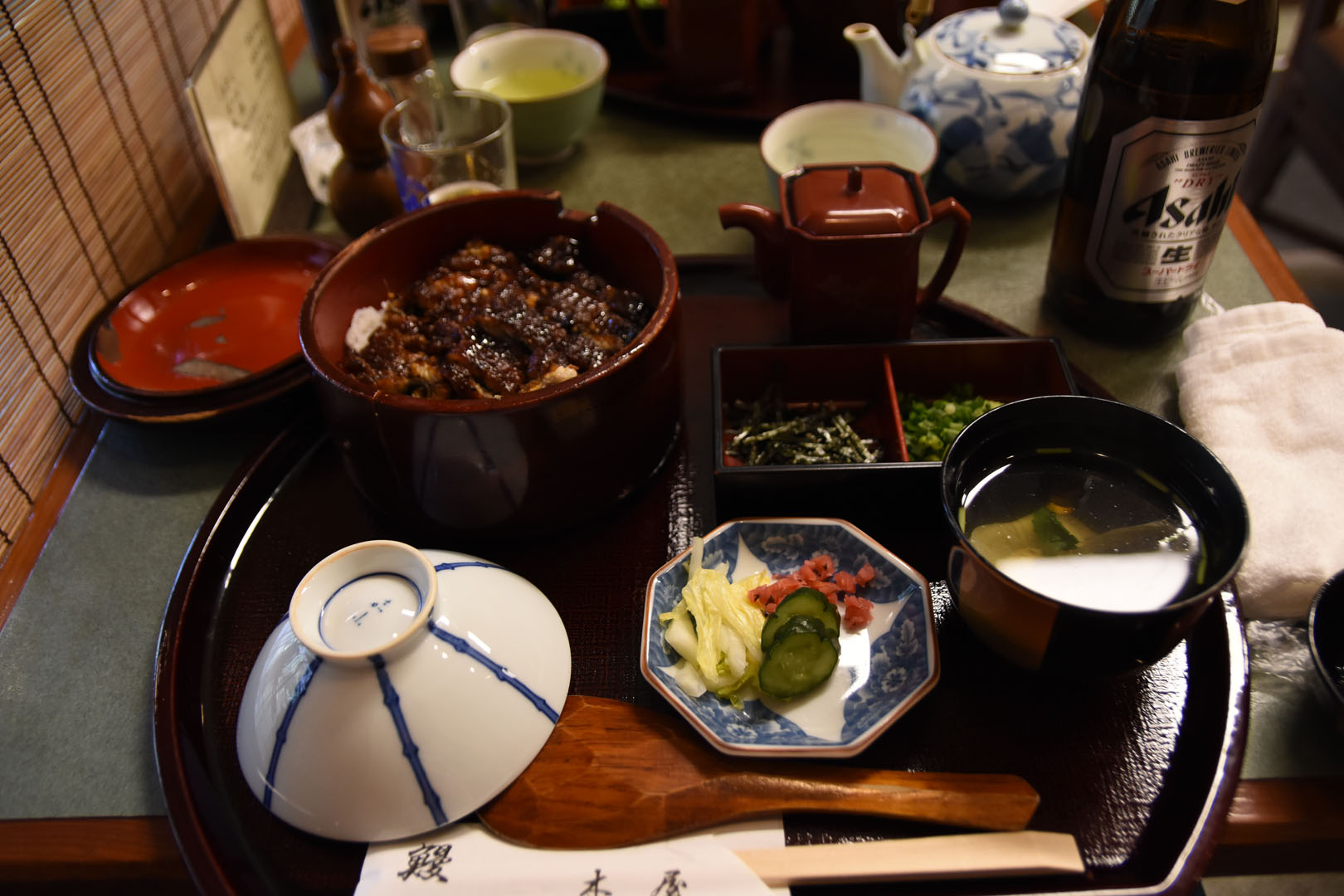 Later we visited two animate stores to stock up on merchandise and have a look at the limited Miku goods sold because of the concert tonight. In the end I bought nothing, but Takao found something interesting to wear.

In one of the department stores we found a Nana’s green tea branch, to which I couldn’t make it in Tokyo. The parfaits looked great but we needed to restrain for the next visit to another cafe. 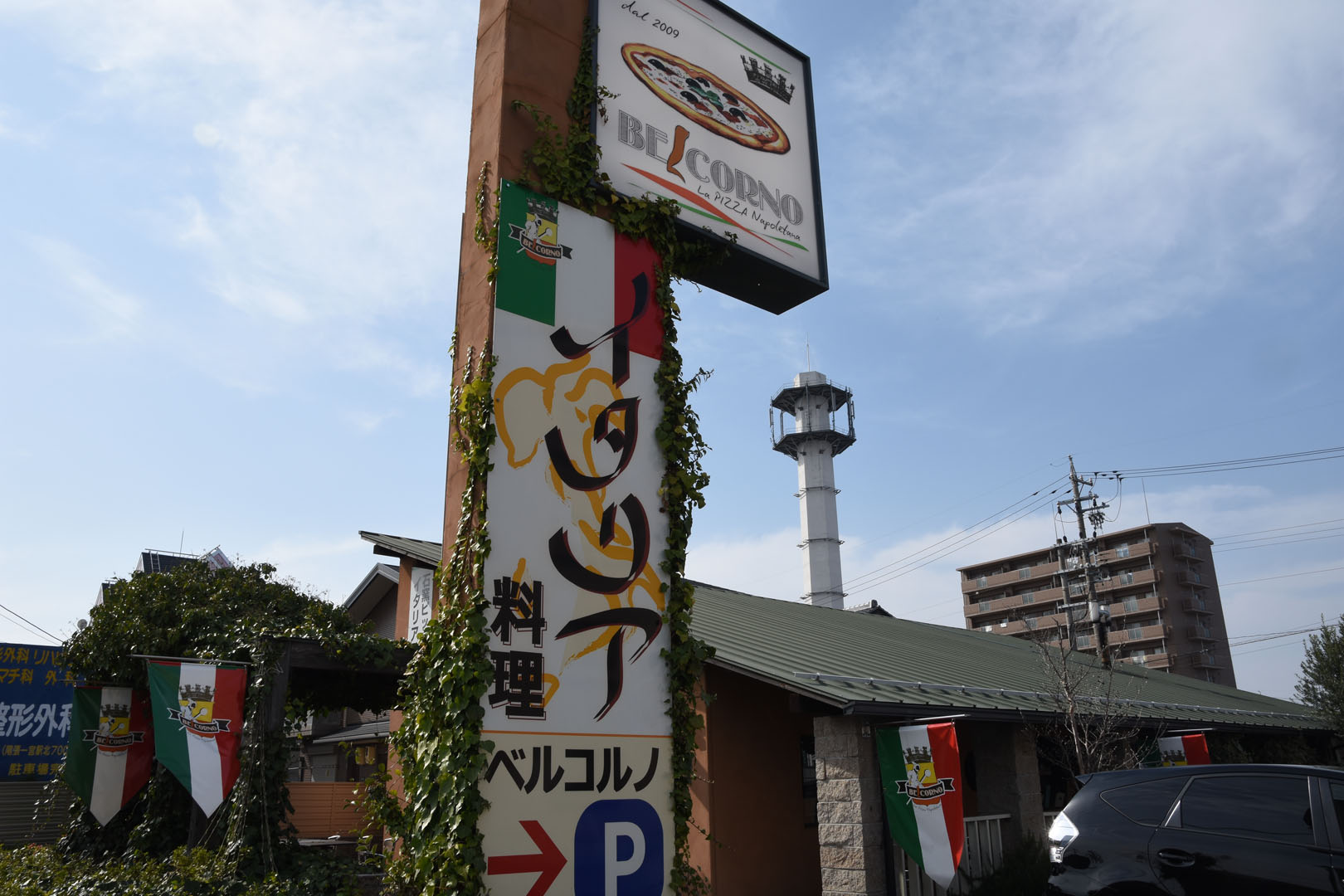 Visiting the restaurant Belcorno was something I envisioned for long. But what is so special about an Italian restaurant in Ichinomiya, twenty minutes from Nagoya? Two words: Latte art. 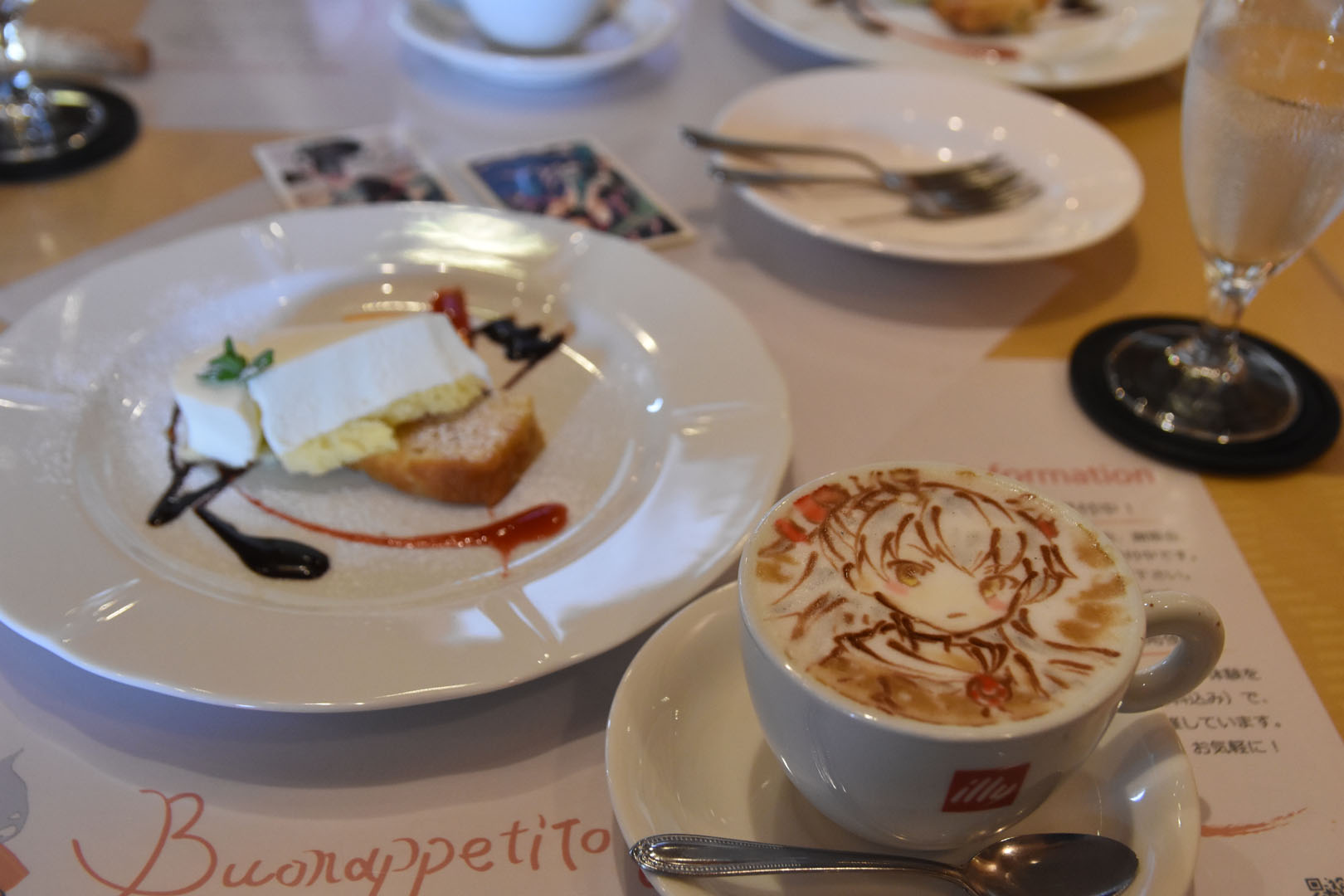 On their Twitter account a very skilled artist of the restaurant publishes a new creation daily. With a reservation you can order an unique cappuccino for 1000 ¥. A costly but rewarding cup of coffee. 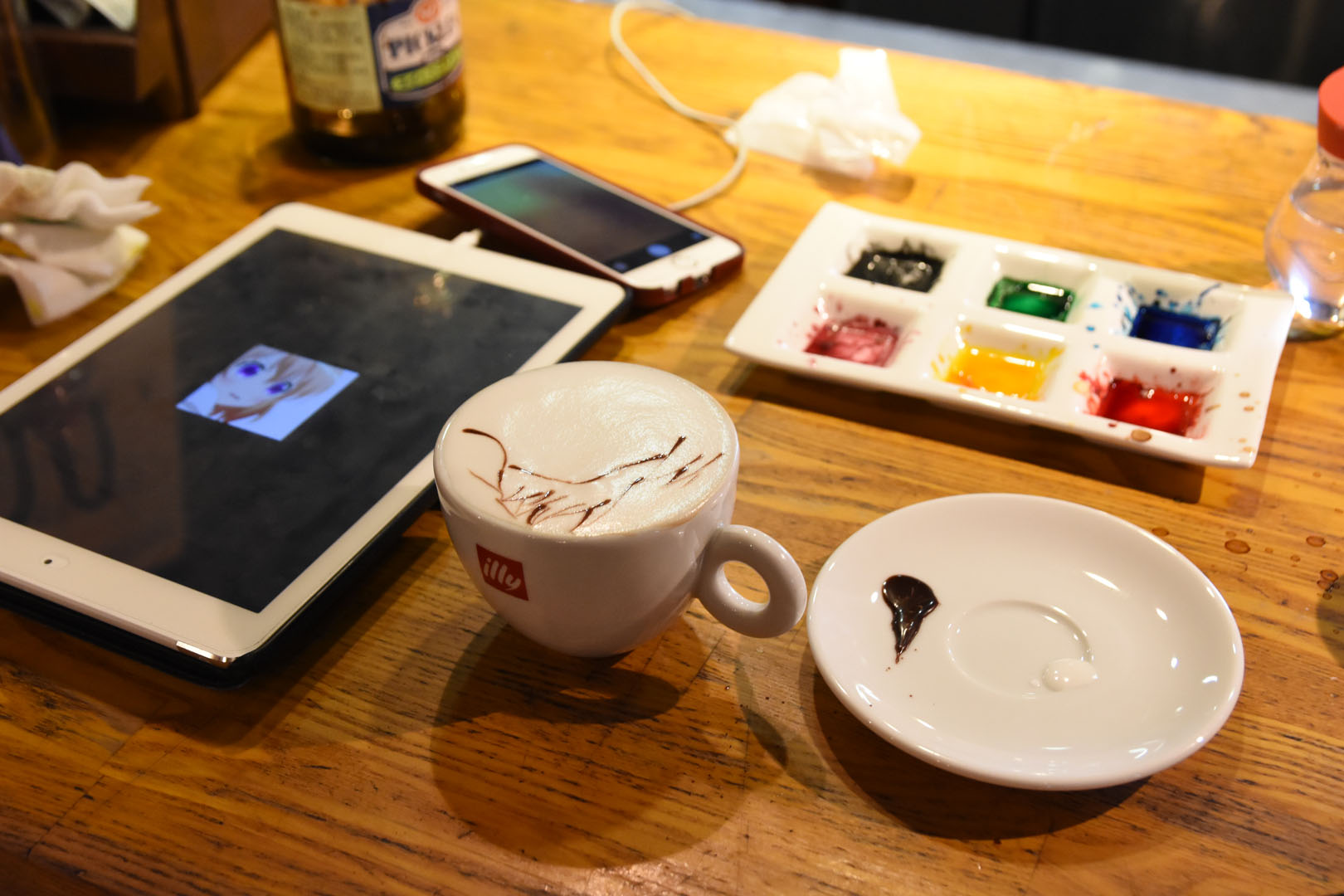 My friend chose his very own character he created, while I went with Amatsukaze from Kancolle. After one hour after we arrived we were finally served the two cups. It was a hard to take the first sip. 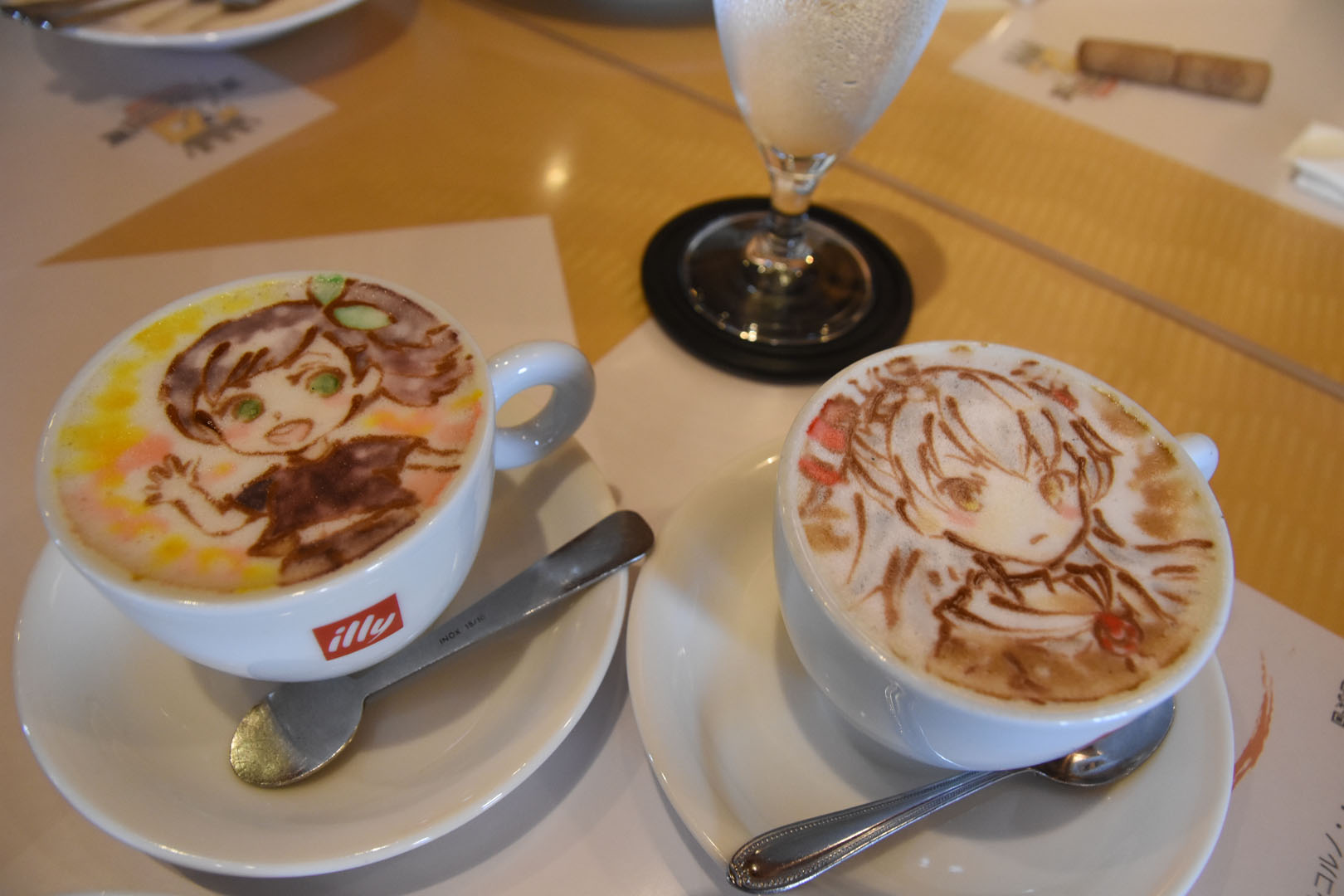 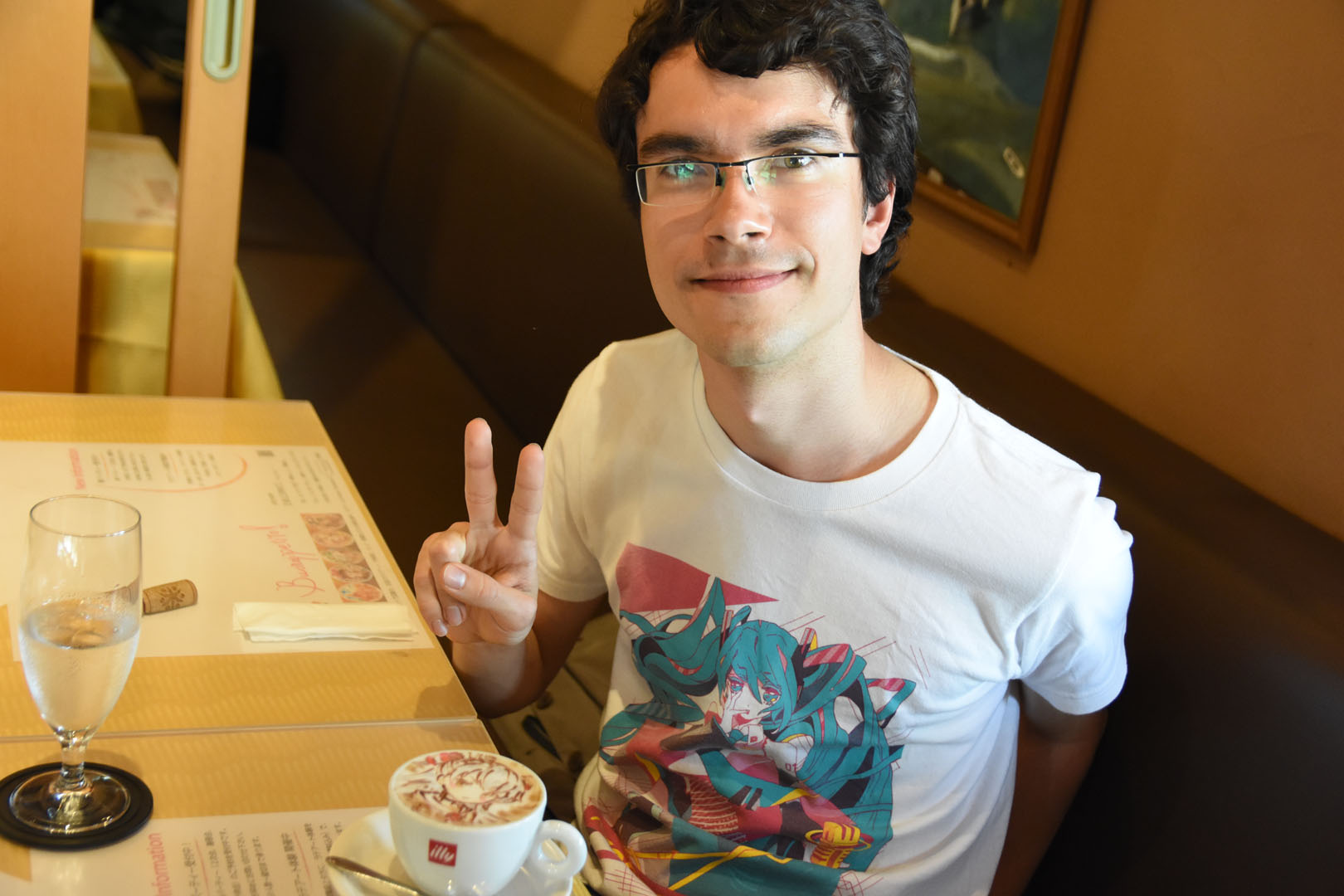 In the evening it was finally time for the concert. Unfortunately, Takao could not attend the performance this time, so we had to part.

In many recent posts I took the time to try to explain the phenomena Hatsune Miku. This time I will limit my impressions to some remarks; a long concert report from the Magical Mirai 2014 concert can be found here.

While on the internet everyone was focused on the simultaneously performed Love Live concert, a long queue of Vocaloid fans has formed. The tickets were numbered, so I did not have to queue from the very end. Inside we received a bag and a drink, and secured good positions on the all-standing floor.

It was another great concert, this time in a smaller venue. The band and the light- and sound engineers did their best again to ensure a great experience for all. The choreography of the glow stick waving crowd was very synchronized since everybody knew the songs and their rhythm by heart.

The set list was the same from the previous performances in Fukuoka and Osaka. To my delight, many of my favorite songs were played, including Ai Kotoba and magnet. When Rimokon was played in an extended version the excitation went through the roof.

Here are some impressions from the official Facebook site:

During, but especially after the performance, I felt very exhausted, dehydrated and my legs were like pudding. Still, I forced myself to find something to eat and write for the blog. The next morning I would need all the time for packing, after all.