Before leaving Okinawa I decided to make a business related trip to OIST. More specifically, I visited the Okinawa Institute of Science and Technology to get to know their graduate program.

Like I told you yesterday, transport by train or car was not an option, so I rode the local bus splurge way to the middle of the island. The 1.5 hour trip was long but was not very expensive.

During the long drive I noticed some curious things outside of the window. Like in Germany, it is nothing outstanding to see branches of foreign brands which are established internationally. These might range from Samsung to Toyota to Burger King. However, I find it quite funny to see German brands showing up which underline their own international expansion. Not just car brands as Volkswagen and Mercedes Benz, but also transport companies such as DB Schenker and DHL seem to be successful even here in remote Okinawa.

Another random thought: Here in Japan I almost missed Easter completely because it is obviously not celebrated here. In contrast to Christmas which made it here in a commercialized version Easter is largely unheard of I noticed. The only sign of anything Easter related I could observe was the Lindt store in Shibuya.

From the bus stop to the campus I needed to climb up the street, since the campus is erected above the coastline. The land was sponsored by the government and is used to house three research buildings, several administrative buildings, and various housing opportunities. 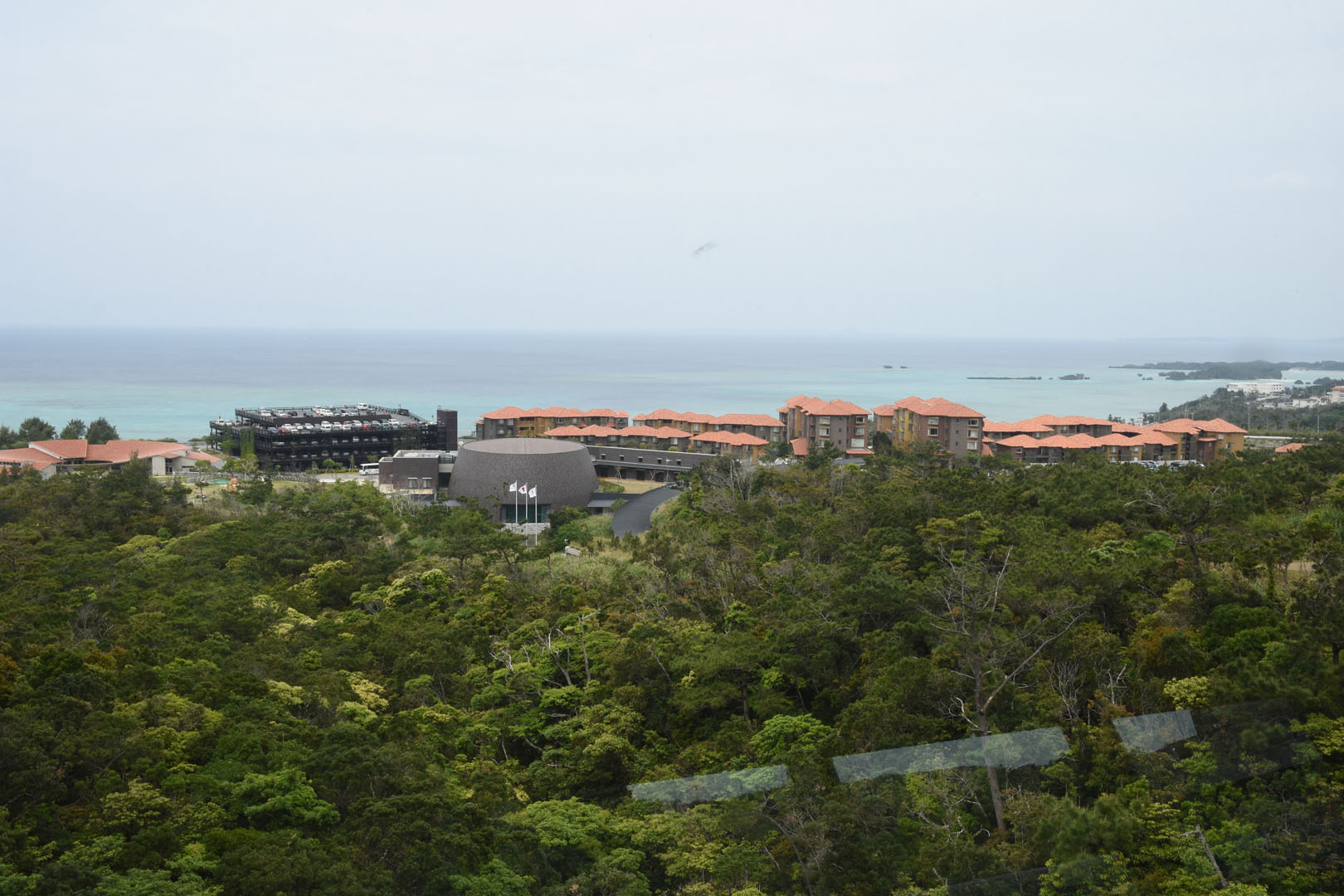 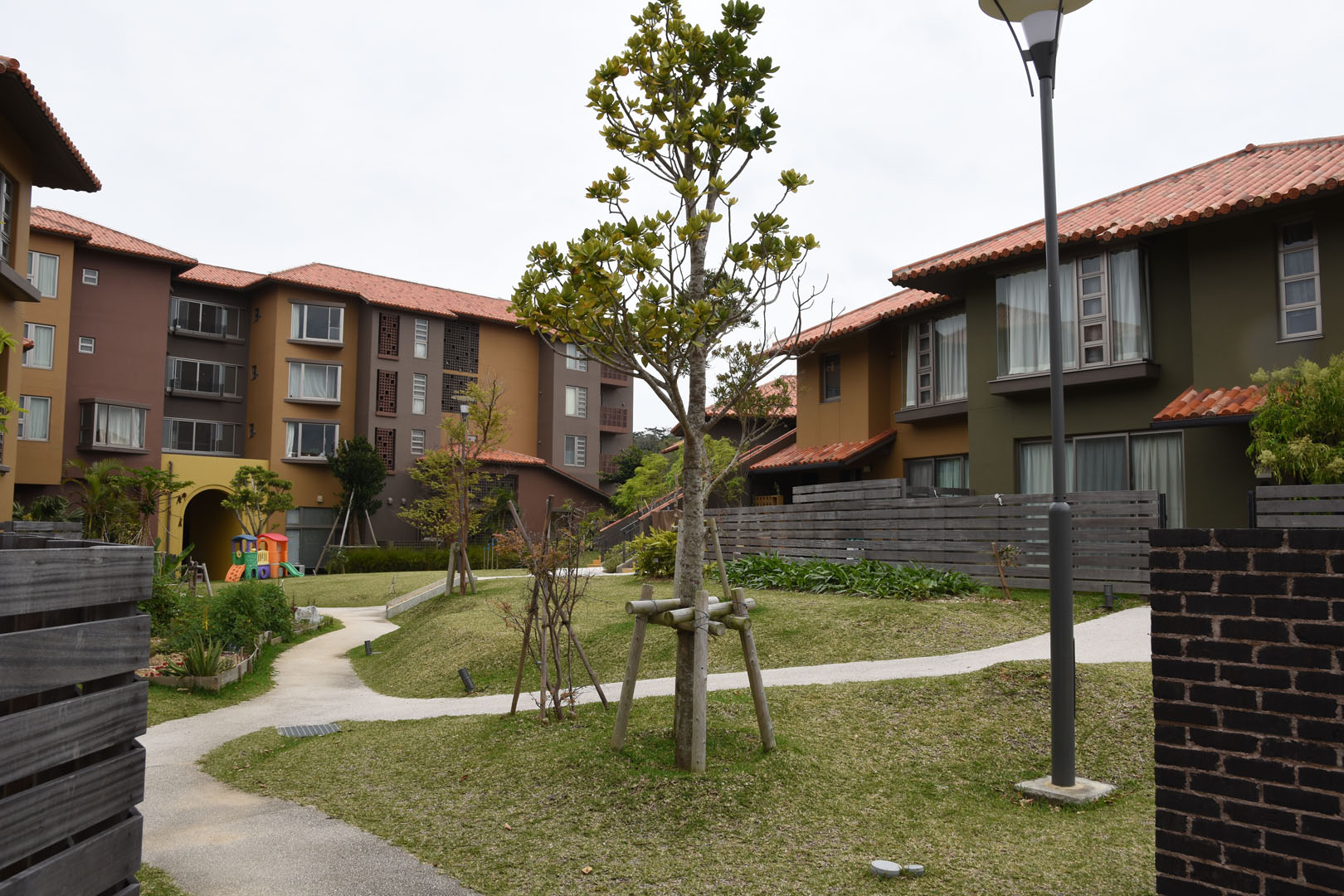 At the reception my registration was not found at first, but after a call everything was fine. A staff member showed me around and told me many interesting facts about the quite young graduate school. After one hour I had the opportunity to talk to another member of the administrative section. 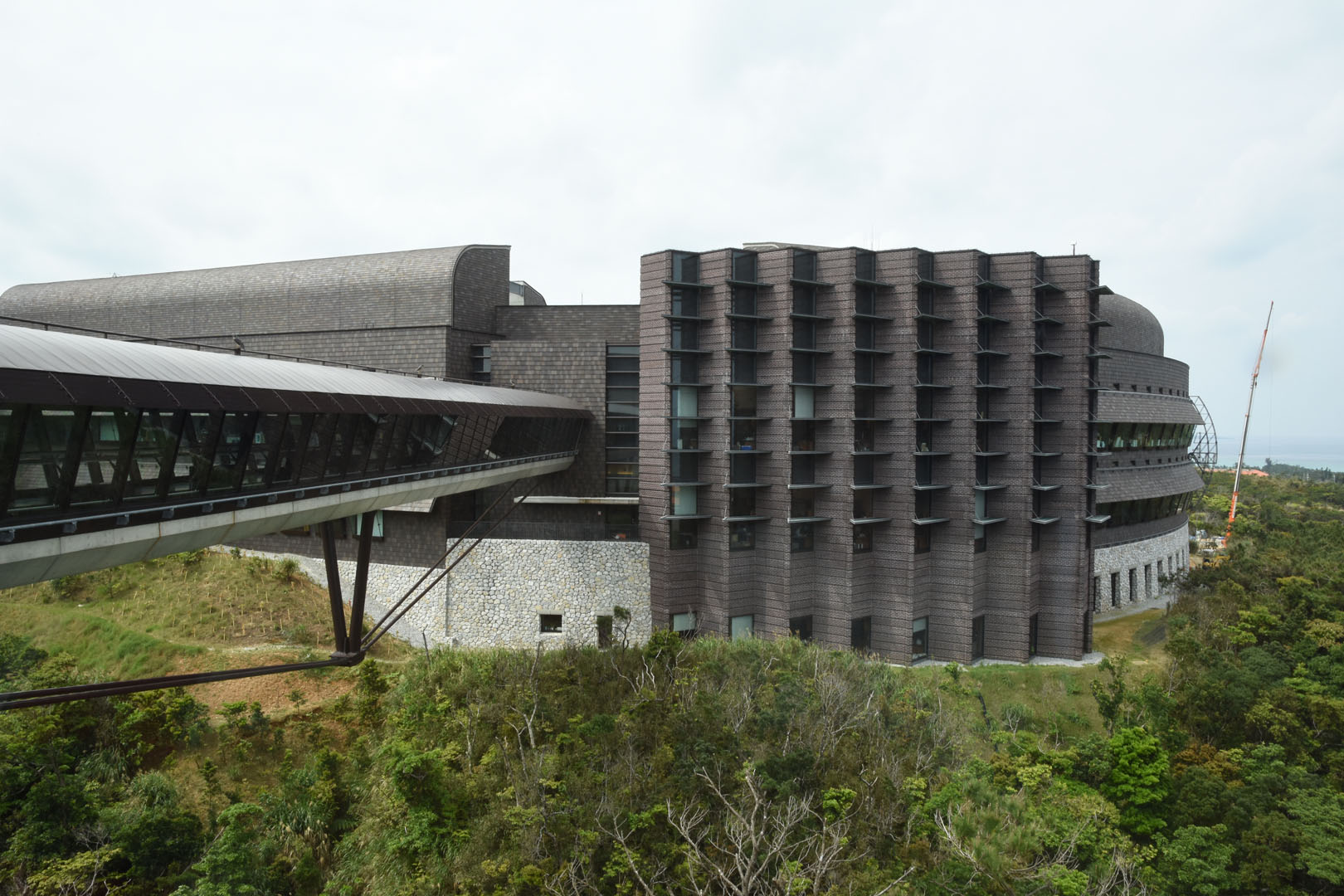 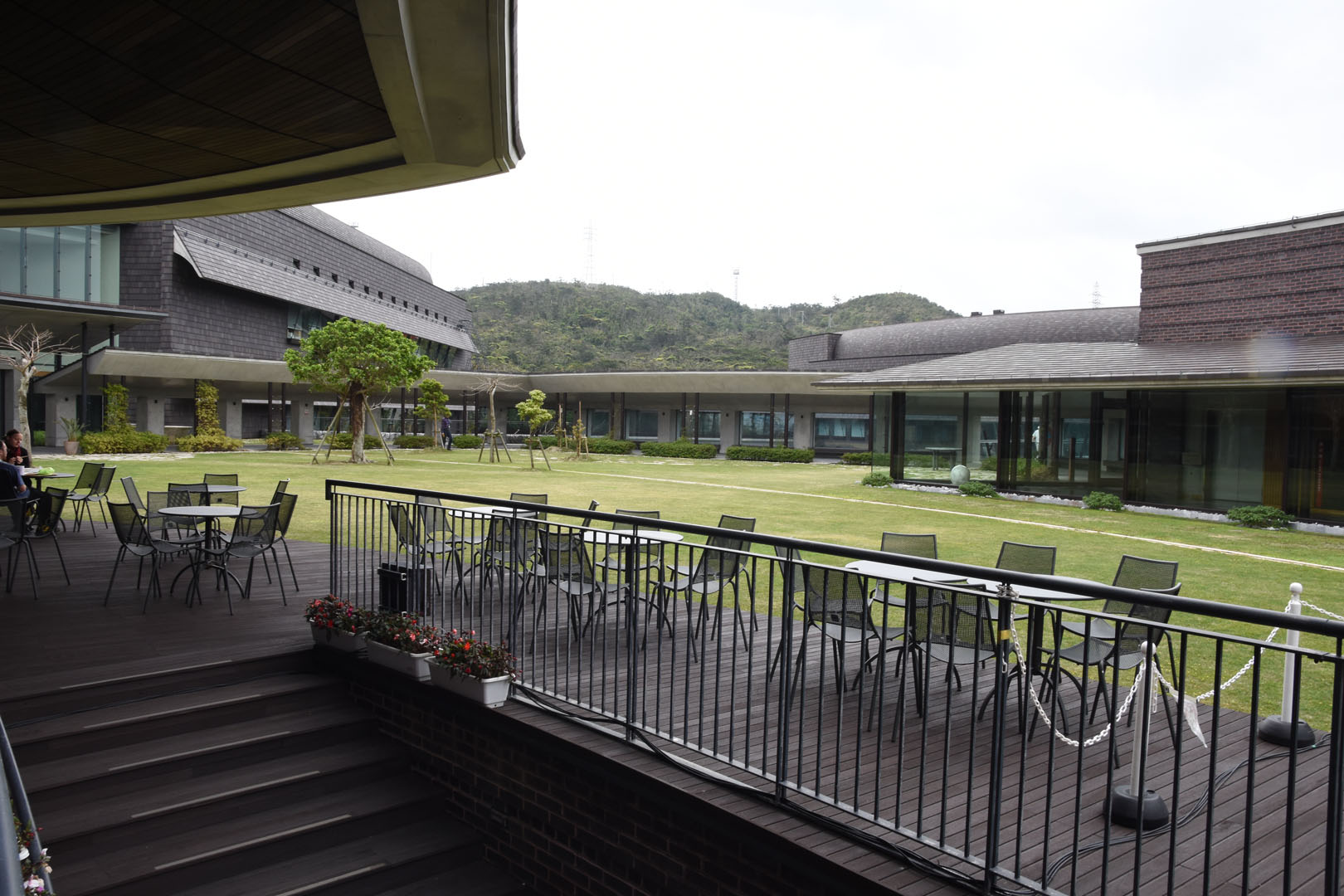 The curriculum differs in some major points from the typical curriculum offered in Japan, or in Europe. In general, the programs are laid out more interdisciplinary. Beside a Ph.D. they also offer internships. 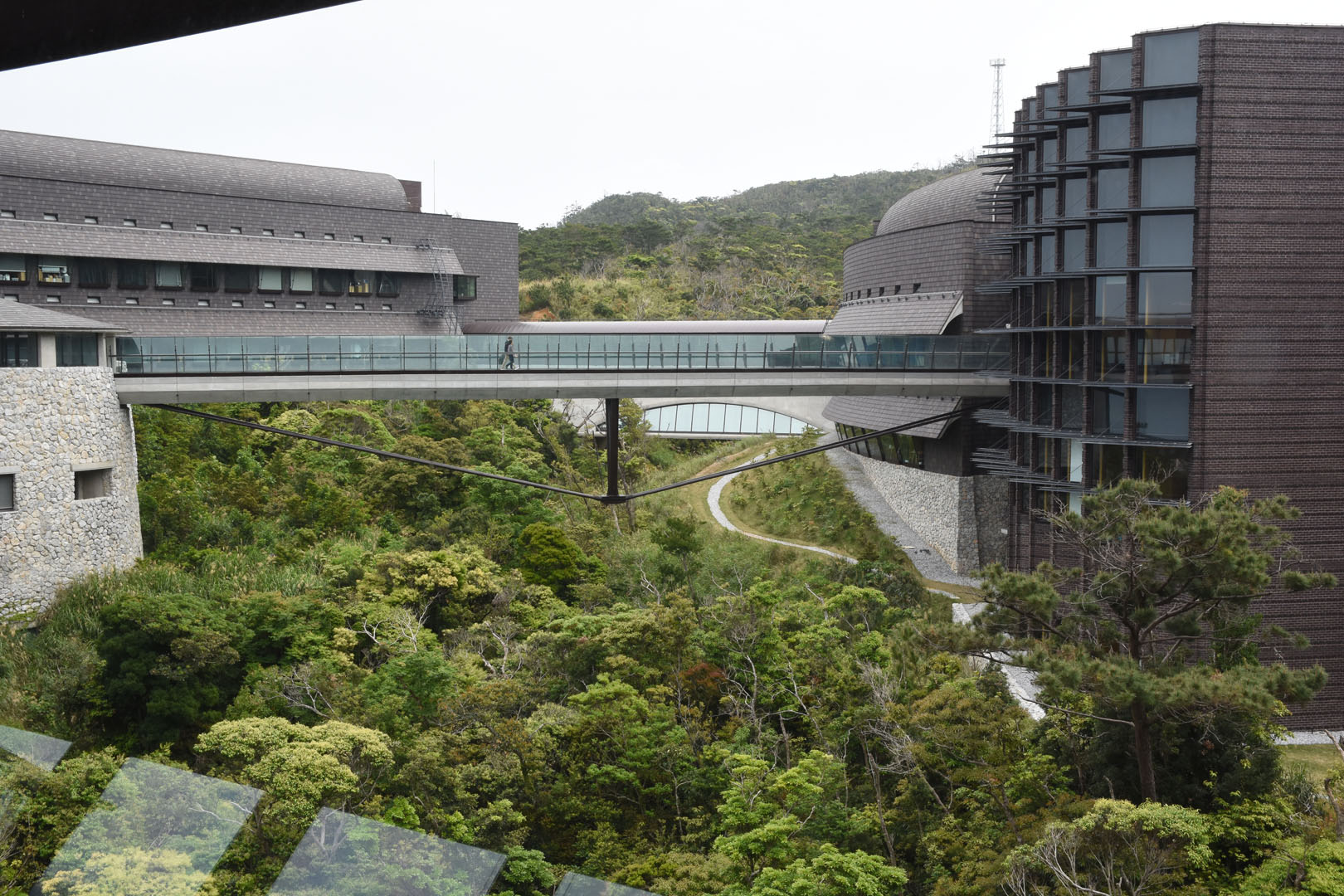 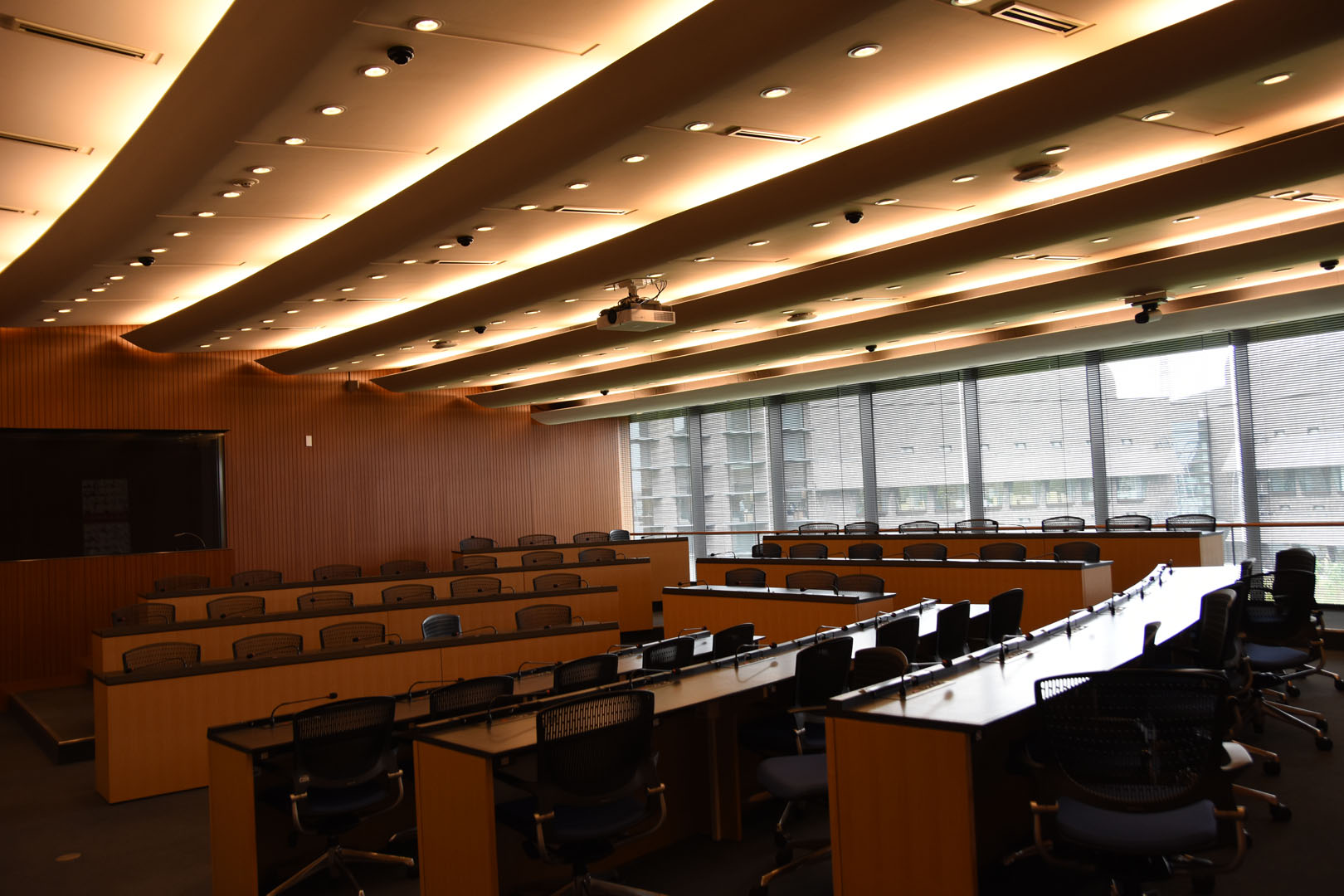 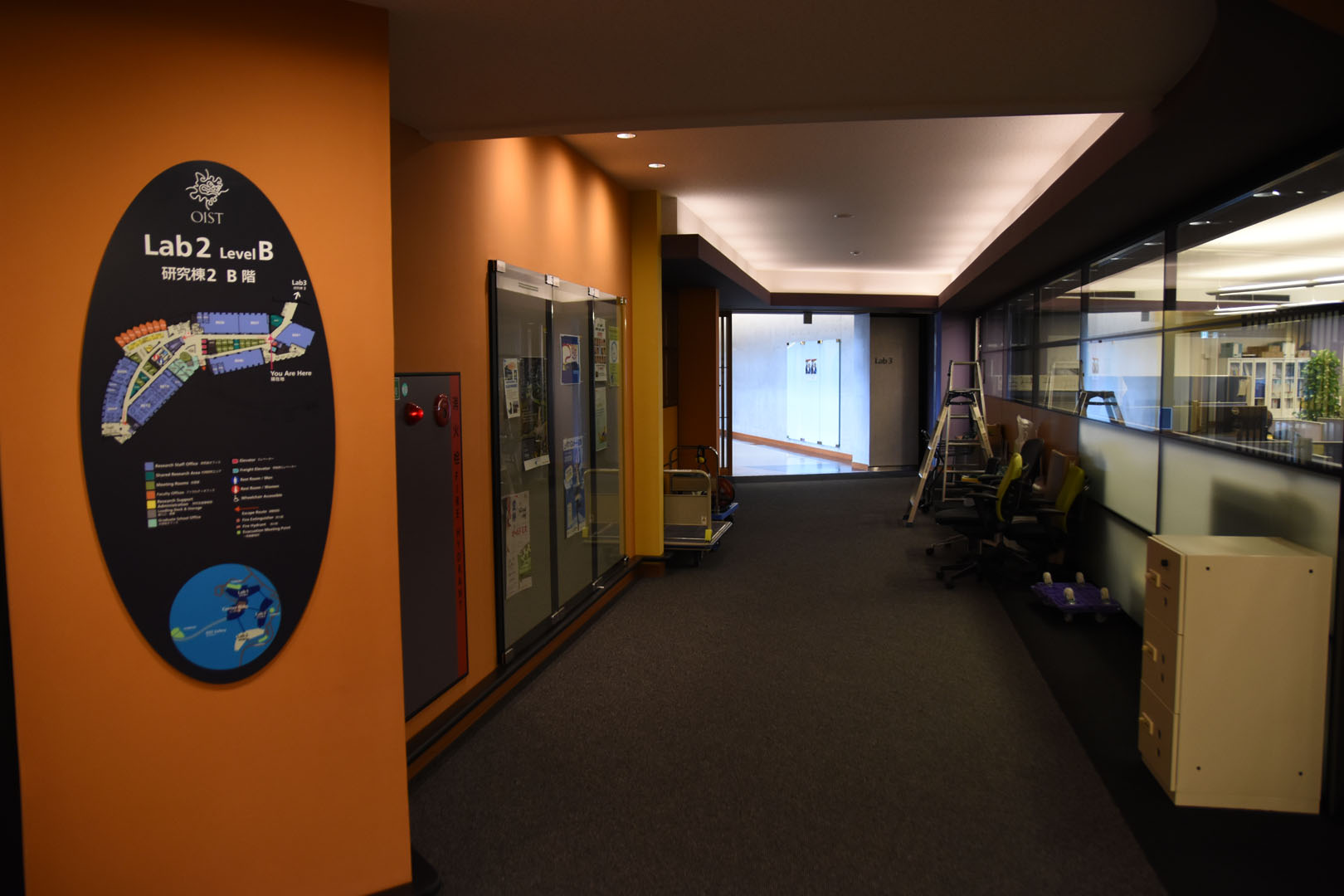 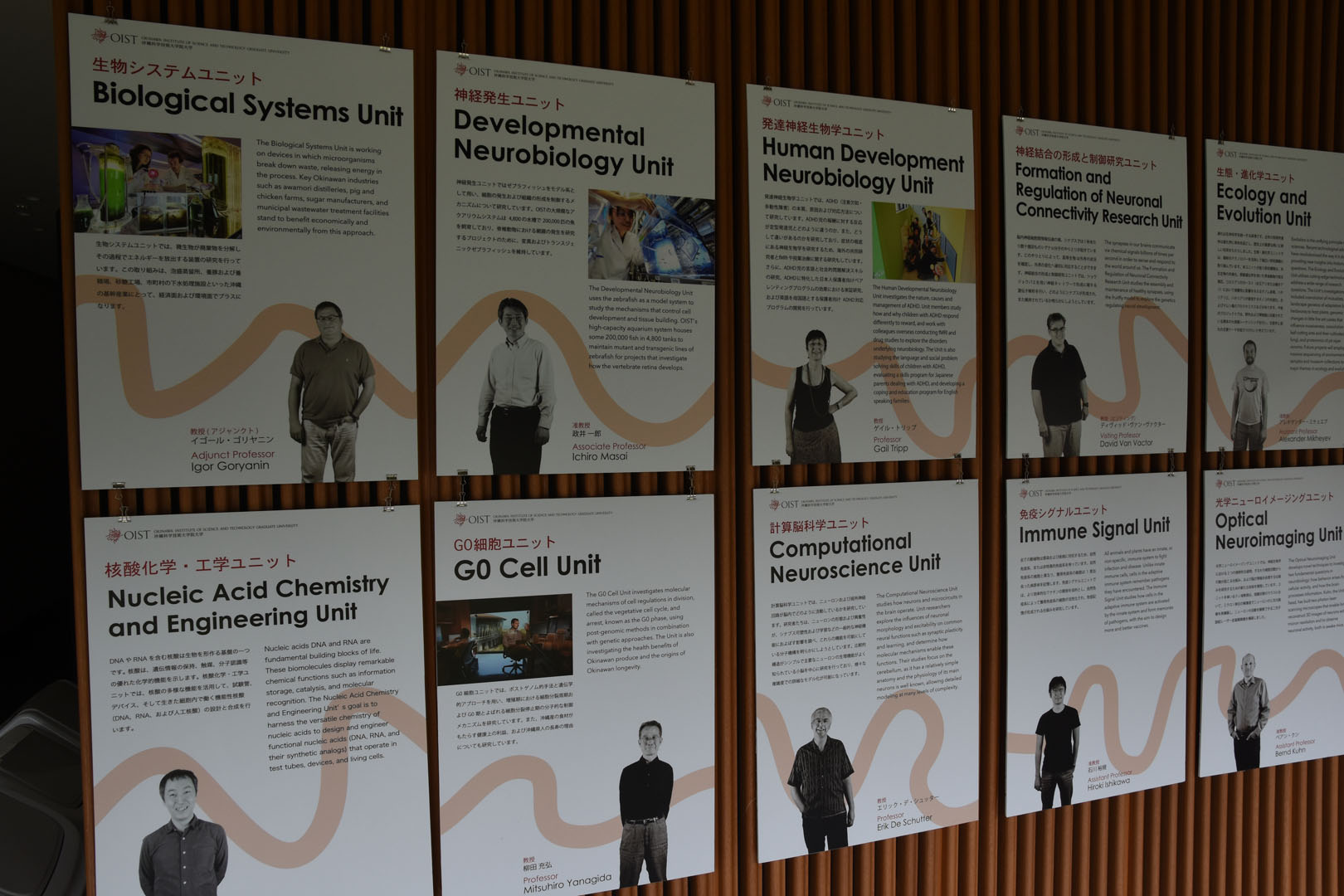 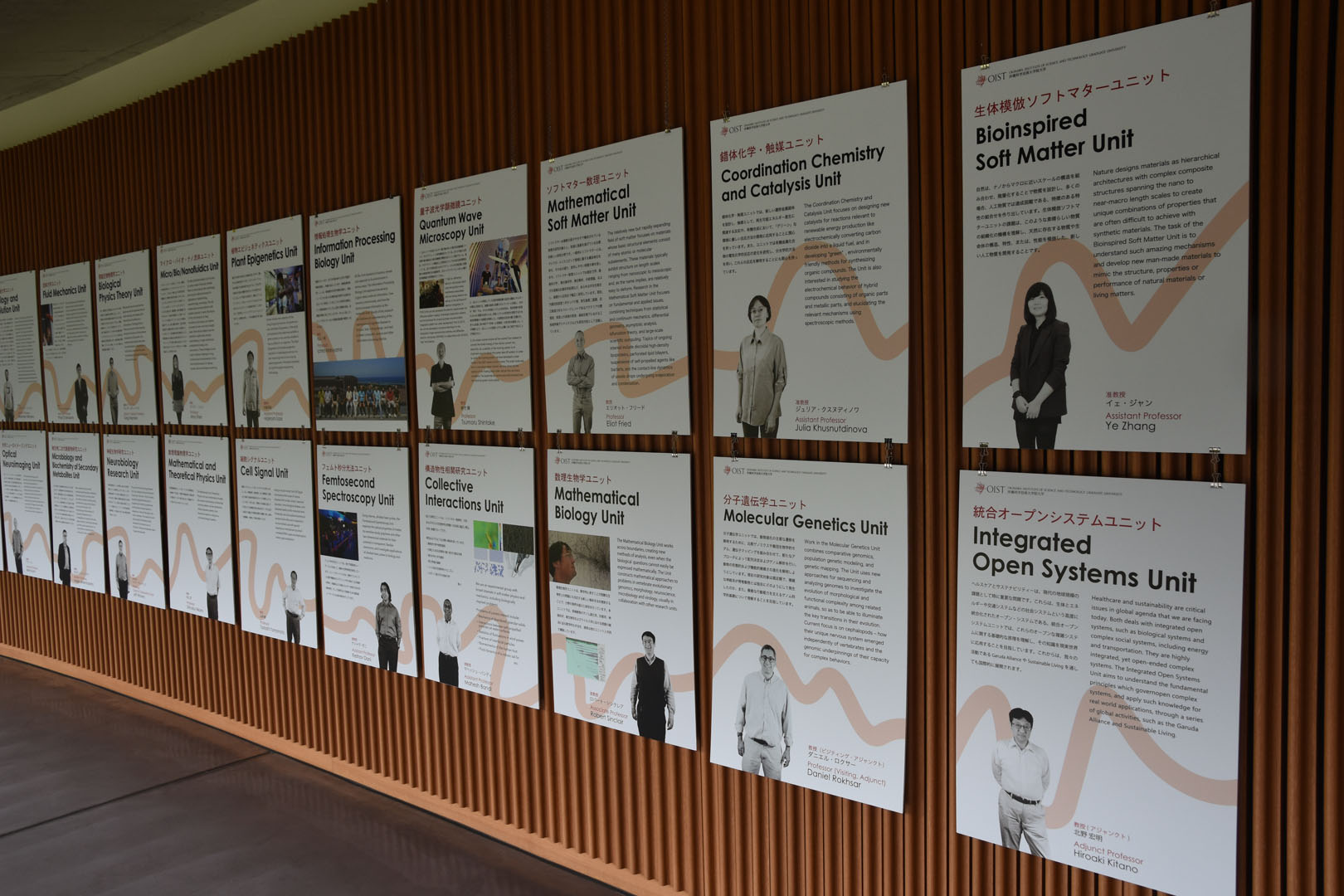 After the tour I took the opportunity to try one of the various bentos which were sold in the yard. The way back was more comfortable because I could take advantage of a direct airport bus. This time I flew with Jetstar, a smaller, low-cost carrier. When the plane left the gate the nearby workers waved at us until we could not see them anymore. This is another example of the Japanese omotenashi culture.

During the landing approach I could see Kobe fly by and watched the sun set as a beautiful orange fireball. Two hours after leaving Okinawa I retrieved my luggage at the Kansai Airport southbound of Osaka. There I also picked my pocket WiFi router and had a quick meal of udon. 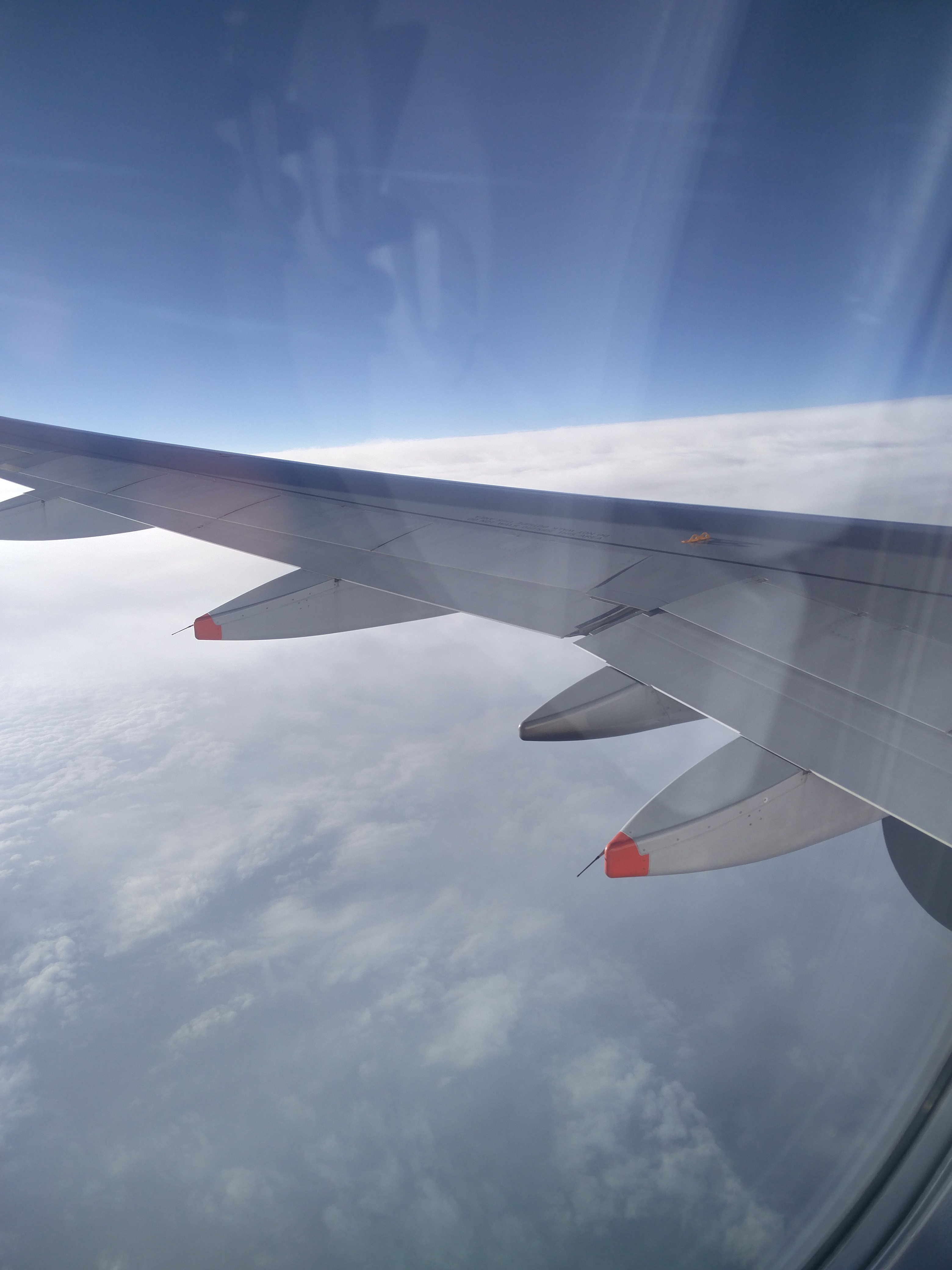 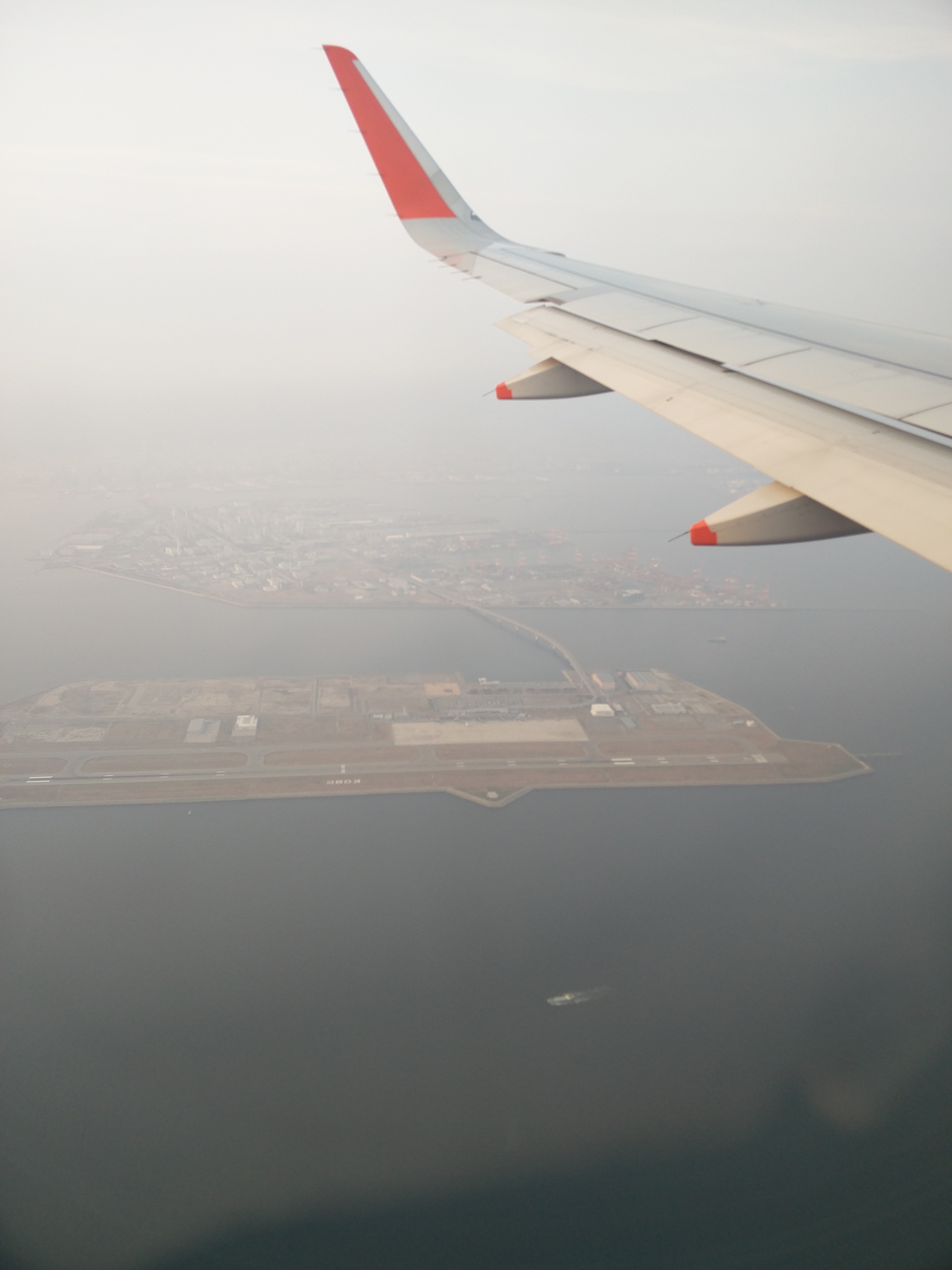 With my JR pass already exchanged I could quickly pass the ticket gates and wait for the Airport express train to Kyoto. Every train is cleaned thoroughly at the terminus while the passengers briefly wait outside.

At Kyoto station I transferred to the Shinkansen gates and watched the Hikari train approach. With rapid speed we approached Nagoya, my final destination. These trains are one of my favorite experiences in Japan and I would like to ride them more often if my itinerary would allow so. In case you were wondering why I did not take a direct flight, that was because the corresponding flight was already booked out. 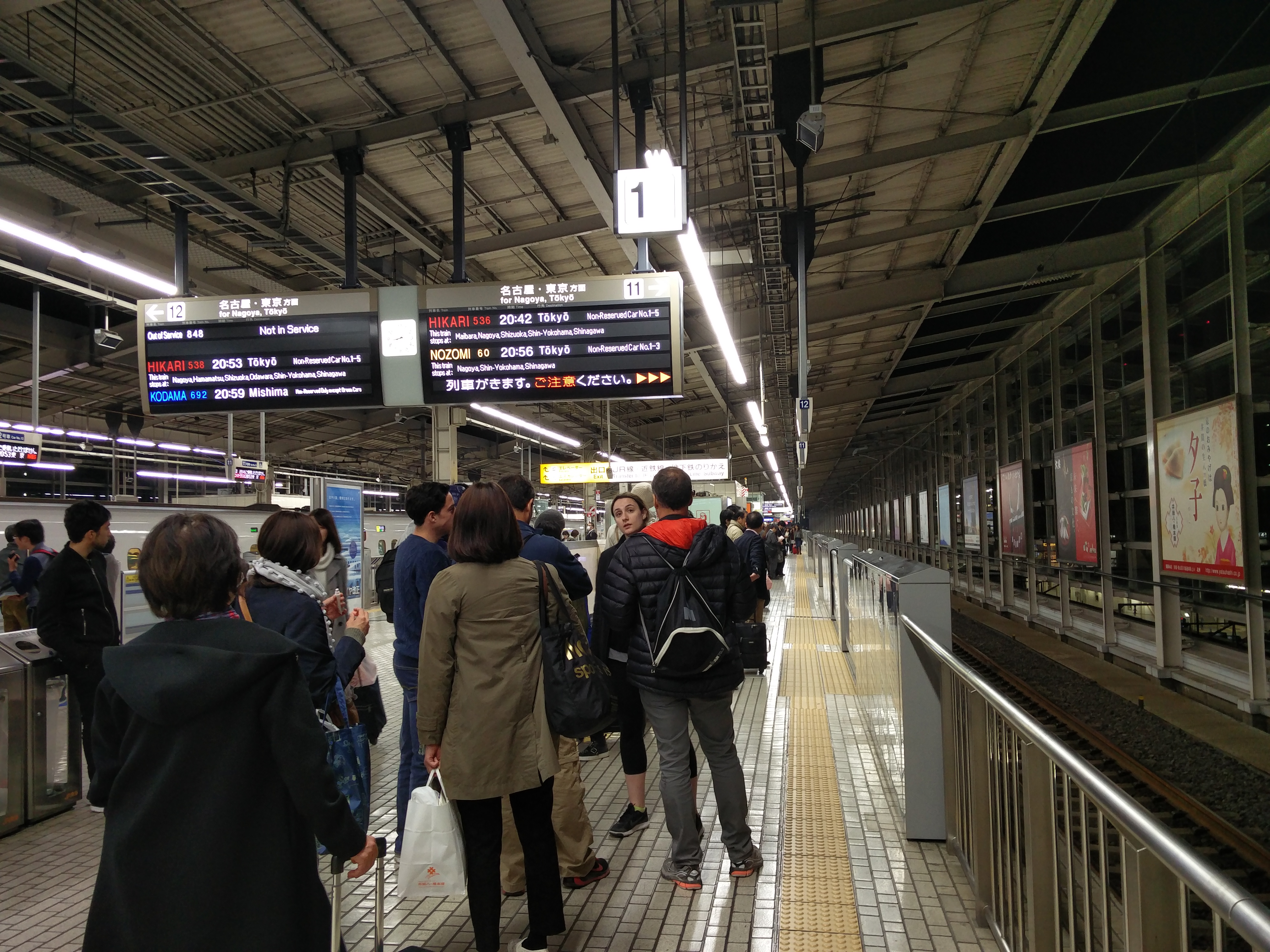 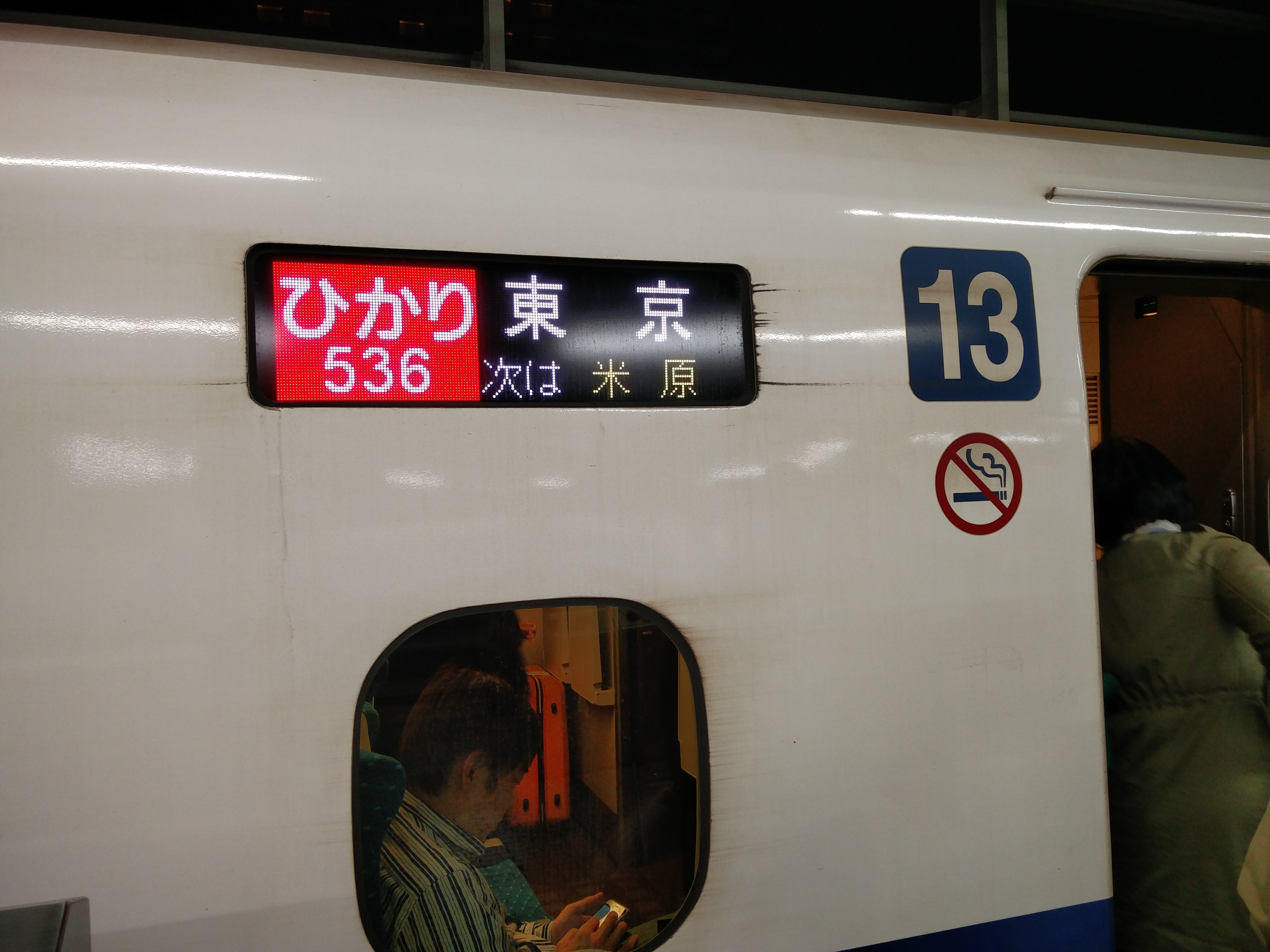 The next day I spent in Nagoya, doing sightseeing and attending the Hatsune Miku concert.