In the autumn of last year I challenged myself with the Japanese-Language Proficiency Test (JLPT). Two months later I received the result and I passed!

While I was learning Japanese for many years now I never had a good feeling of my progress. When I was asked how good my Japanese was, I used to answere, „well, it is fine, I guess? Enough to talk to people on the street.“ I decided that it was time to put my language ability to the test.

Moreover, I advanced with my Kanji reading practice to a point where I am able to read 90% of the 2000 most commonly used Kanji. The webapp Wanikani (my review in German) helped me a lot with this and I can still recommend it to everyone who wants to tackle this challenge, even if it comes with a price tag.

The test may be taken in five difficulty levels, where N5 is the easiest and N1 the most profound. I settled for the N3 level, as I had a good feeling of passing and feeling challenged at the same time, because the knowledge of 650 Kanji, 3000 vocabs and countless grammatical structures is required to pass. Moreover, the pass quote is below 50 %. Before and during the test I had some doubts, but now I can rest assured because I was able to look up my score and I comfortably passed! 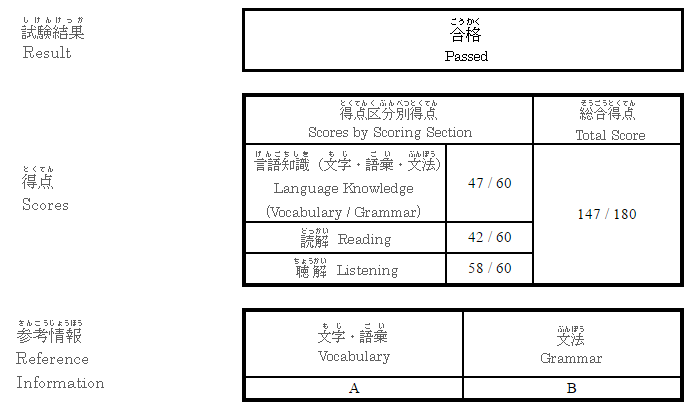 In order to pass the N3 level at least 19 of 60 points in the three scoring sections have to be reached as well as a total of 95 points.

The books from Nihongo So-Matome helped me prepare for the test and I found them very instructive. You can find a helpful review at Tofugu. 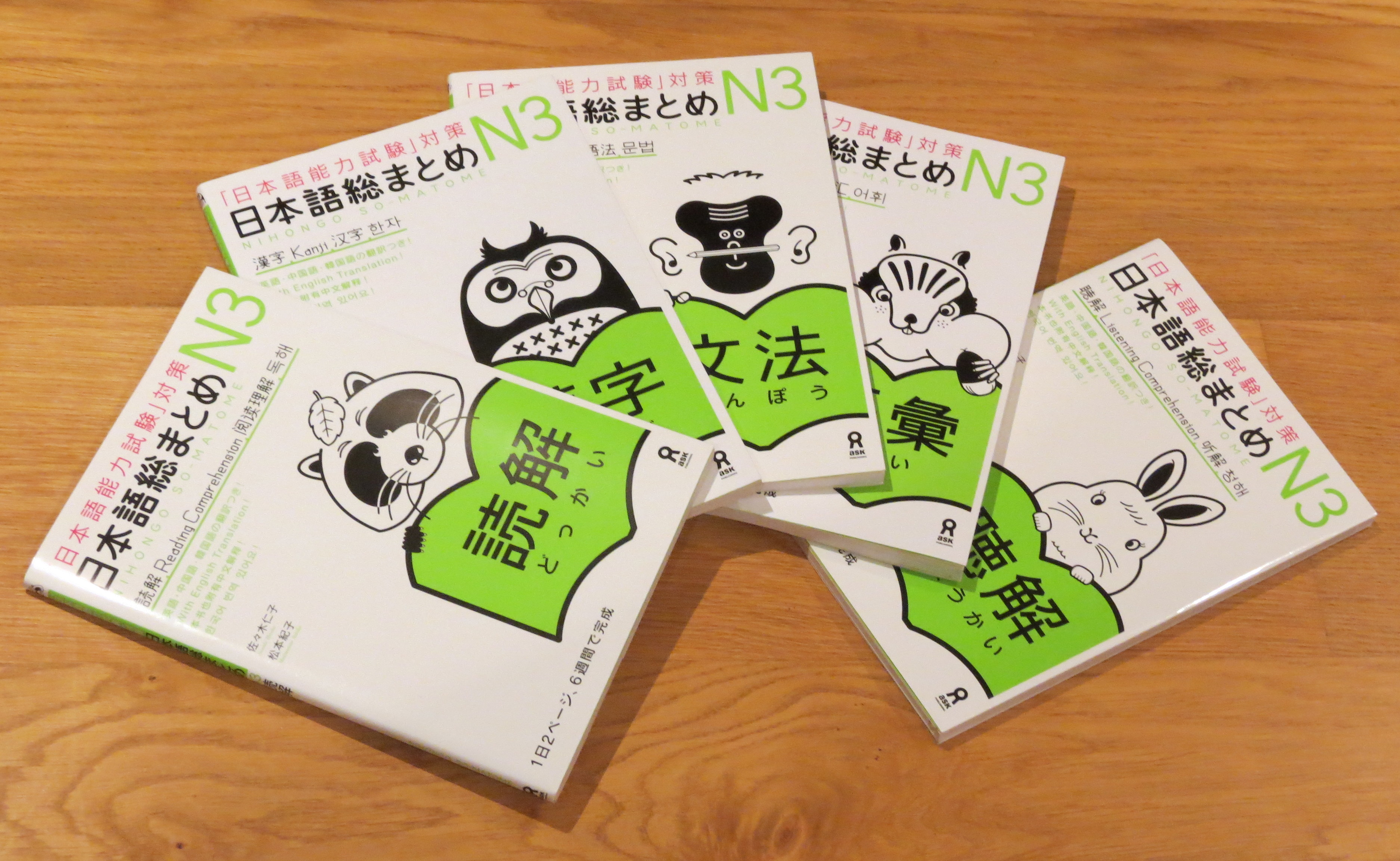 In roughly a month the official result card will be delivered and it is going to look similar to this one: