The second day in Okinawa included a tour around the island showcasing the uniqueness in culture, tradition and food.

Okinawa does not possess the extensive railway network of the main land. The only ways of long range translation are rental cars and public buses. Since former was too expensive and possibly troubling I chose a bus tour for a day trip to some of the popular sights of the island.

The tour was guided in Japanese and included four stops in an eight hour tour. In the morning I was picked up and the bus left with about 40 passengers, half-half Japanese and Asian foreigners, towards northern Okinawa. 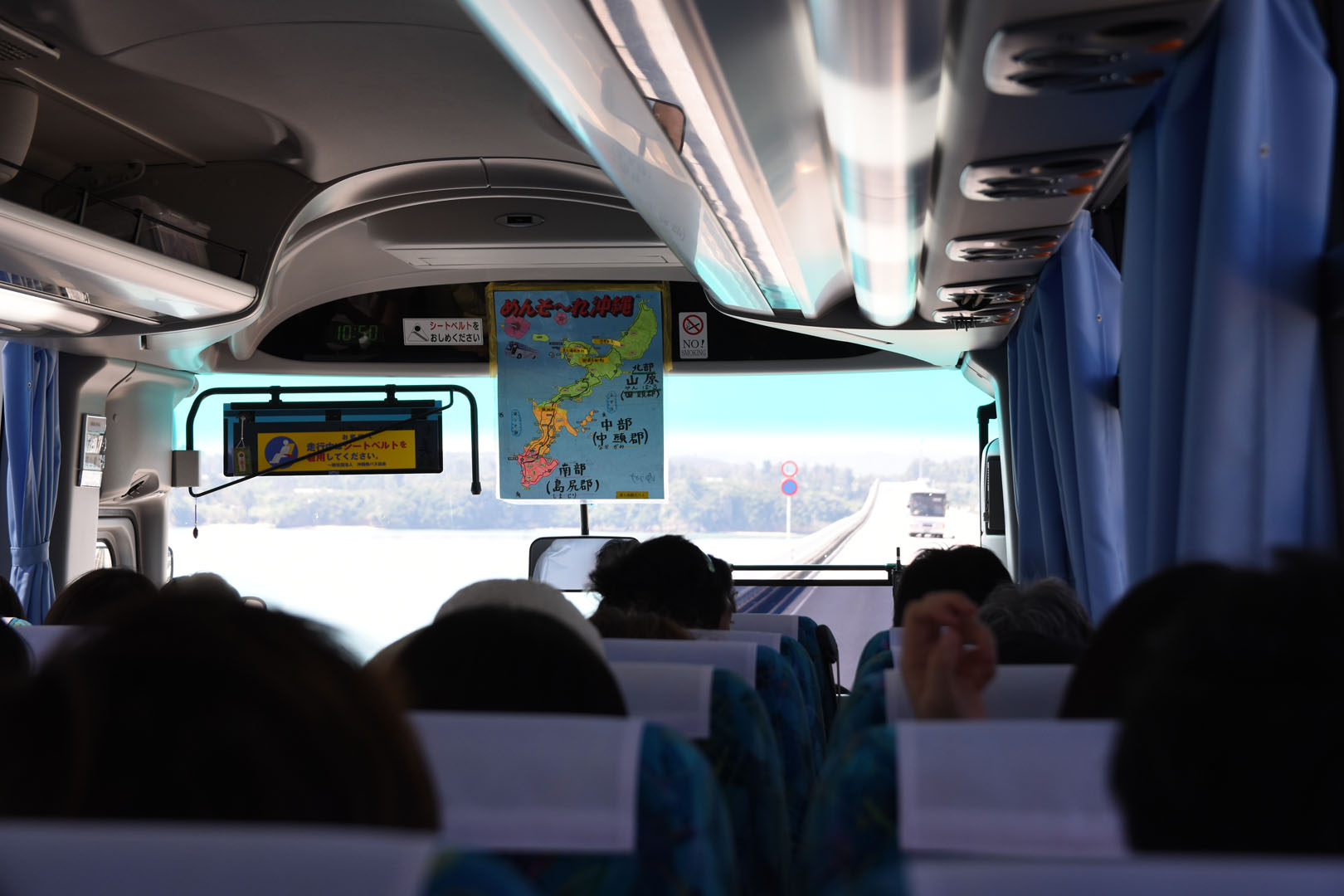 The first stop was Kouri island, a beautiful small island connected to the main island by a long bridge. The reflection of the sunlight reflected in the azure water, it was a sight to behold. During a short stop I had the chance to go to the beach and try the local flavor beniimo ice cream. 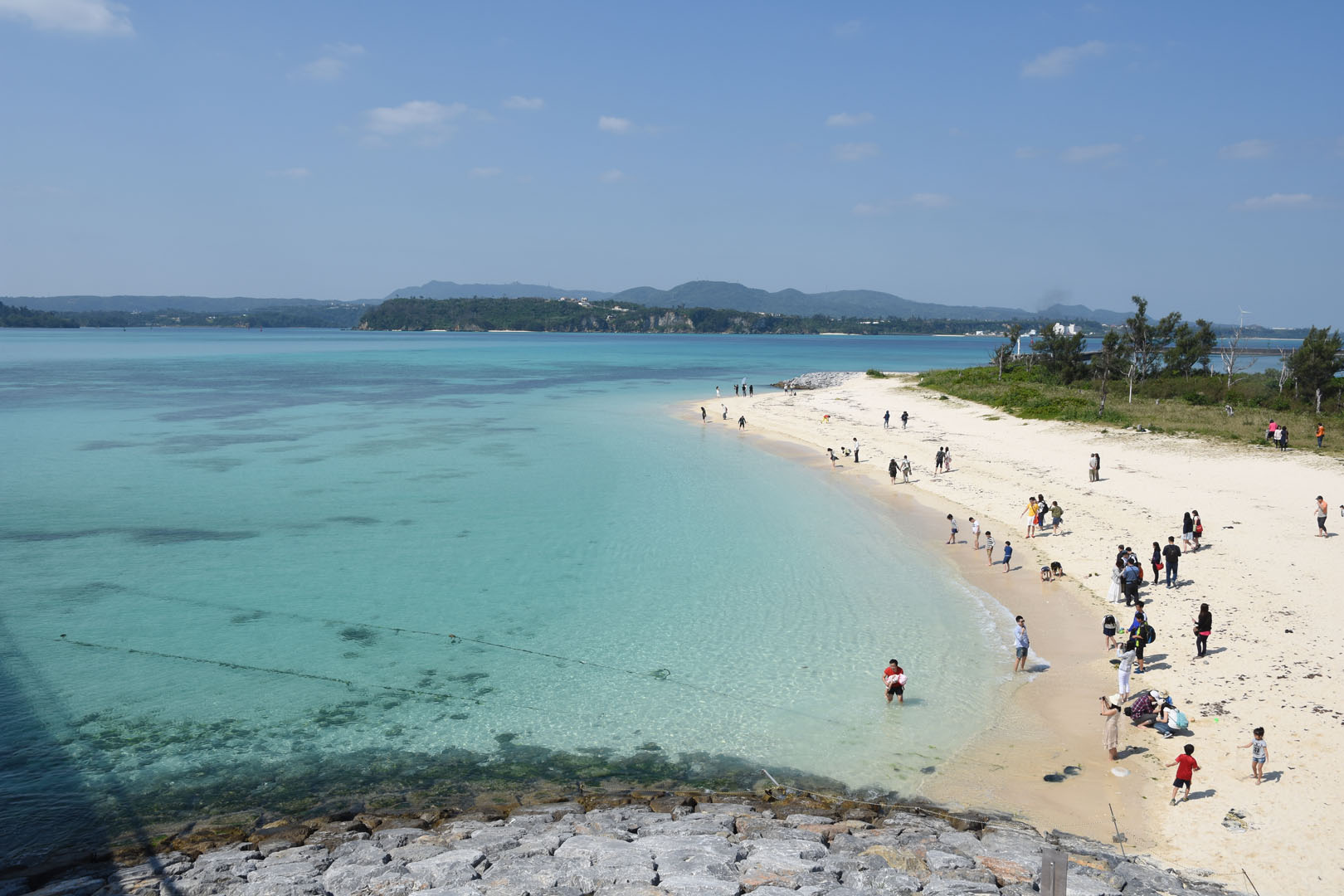 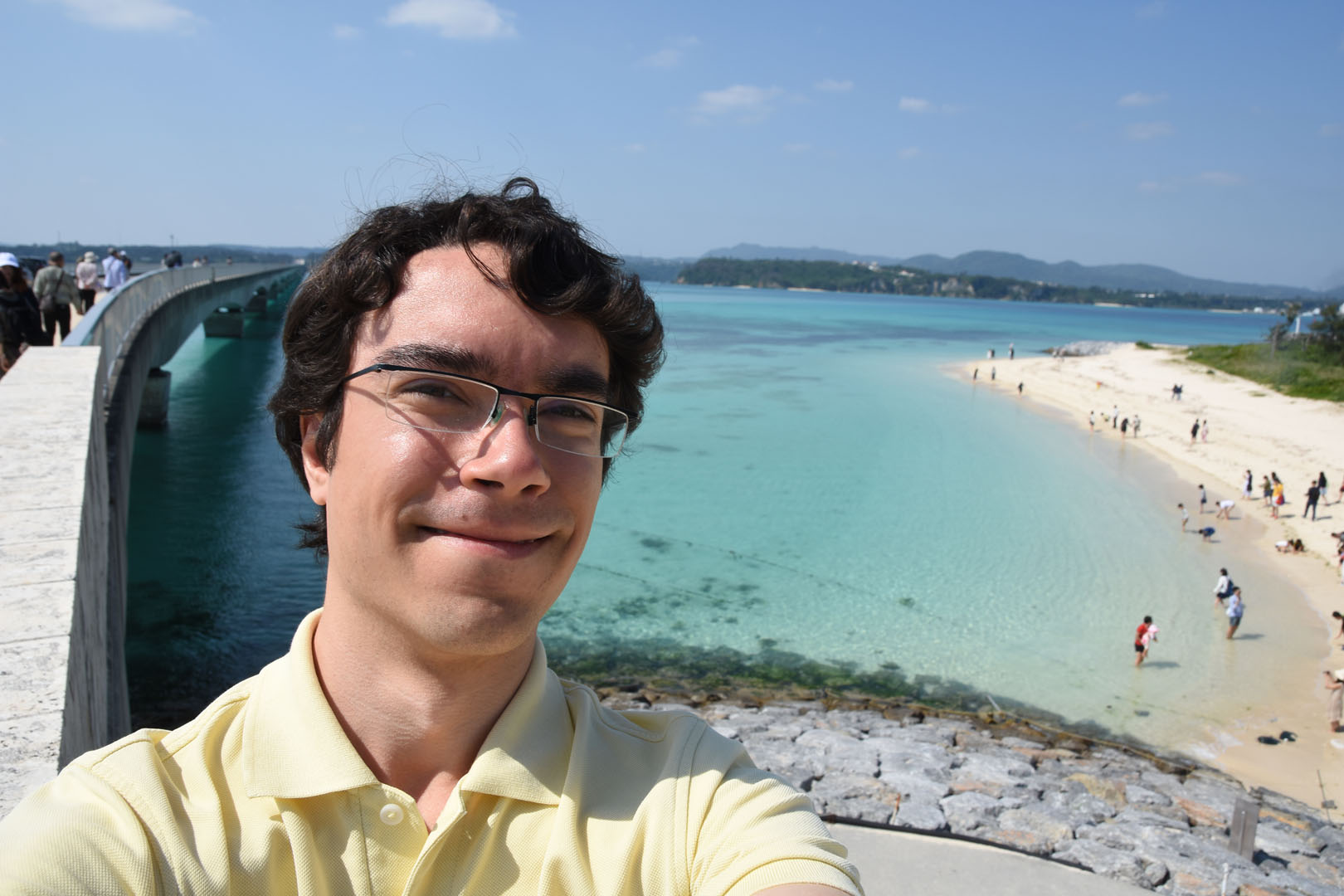 The next stop was the Okinawa Ocean Park, including the Churaumi Aquarium. The biggest aquarium of Japan and second in the world impressed me with countless opportunities for interactions and its children oriented contents. Further, all signs were also displayed in English, so even I could understand the facts about the sea life. 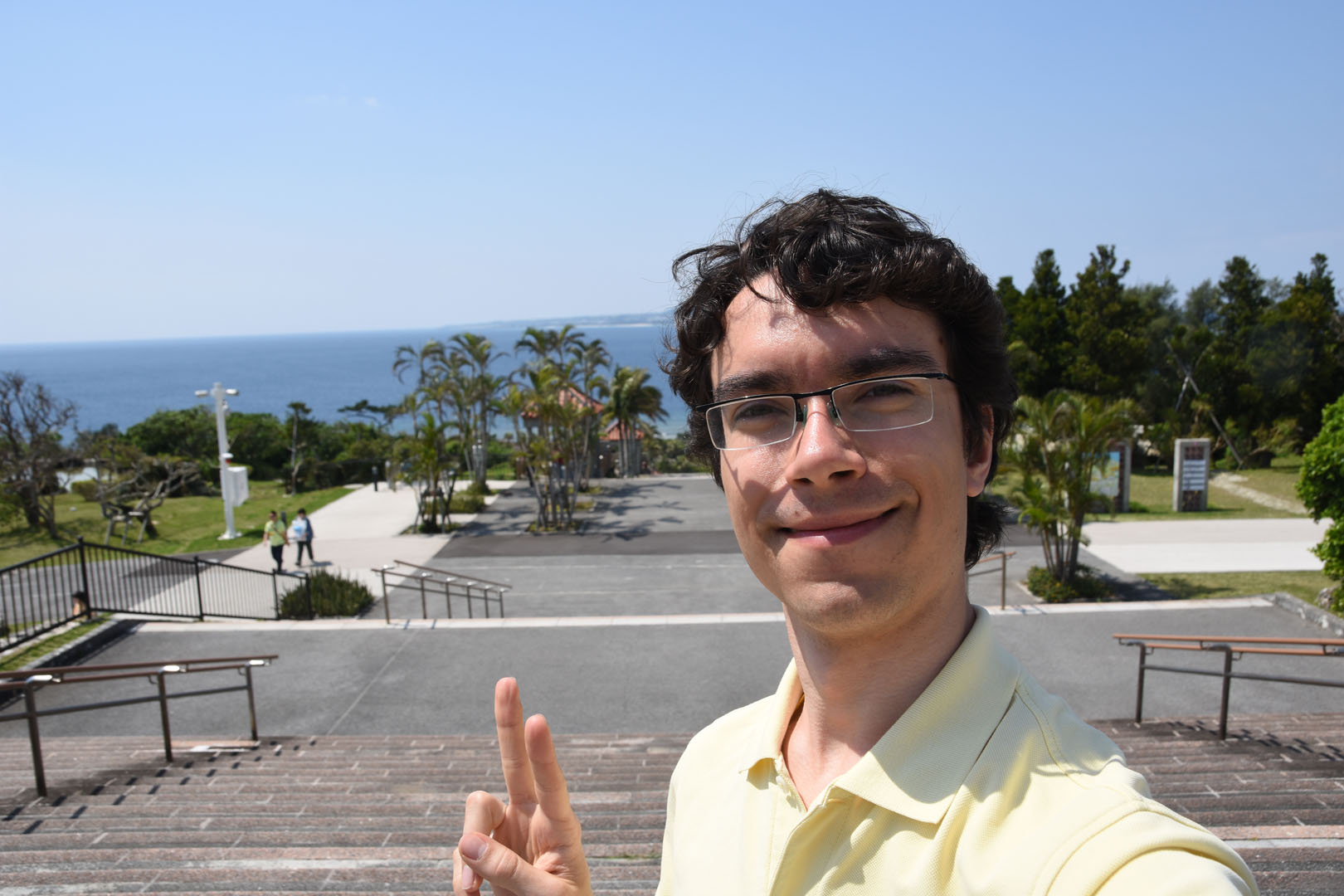 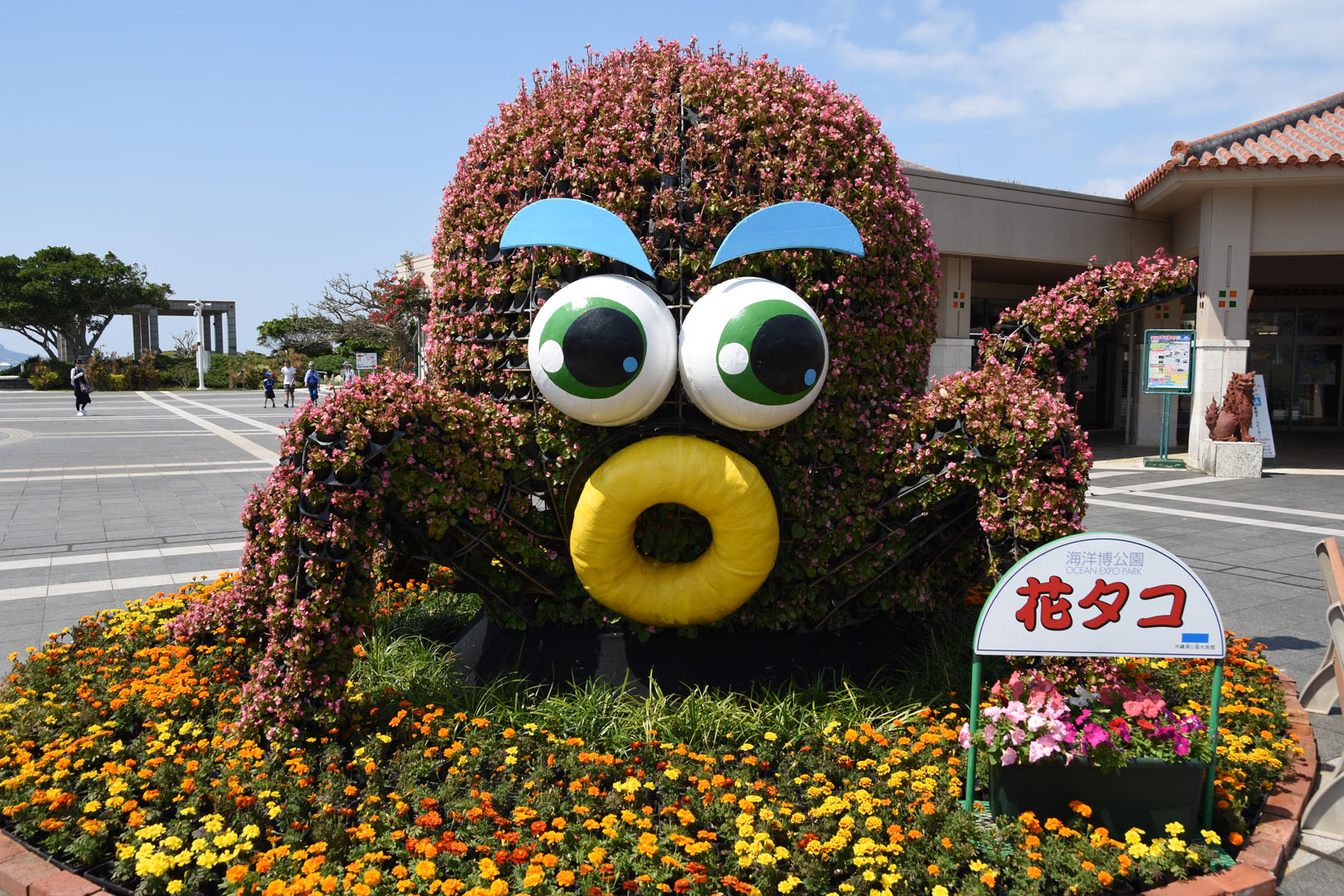 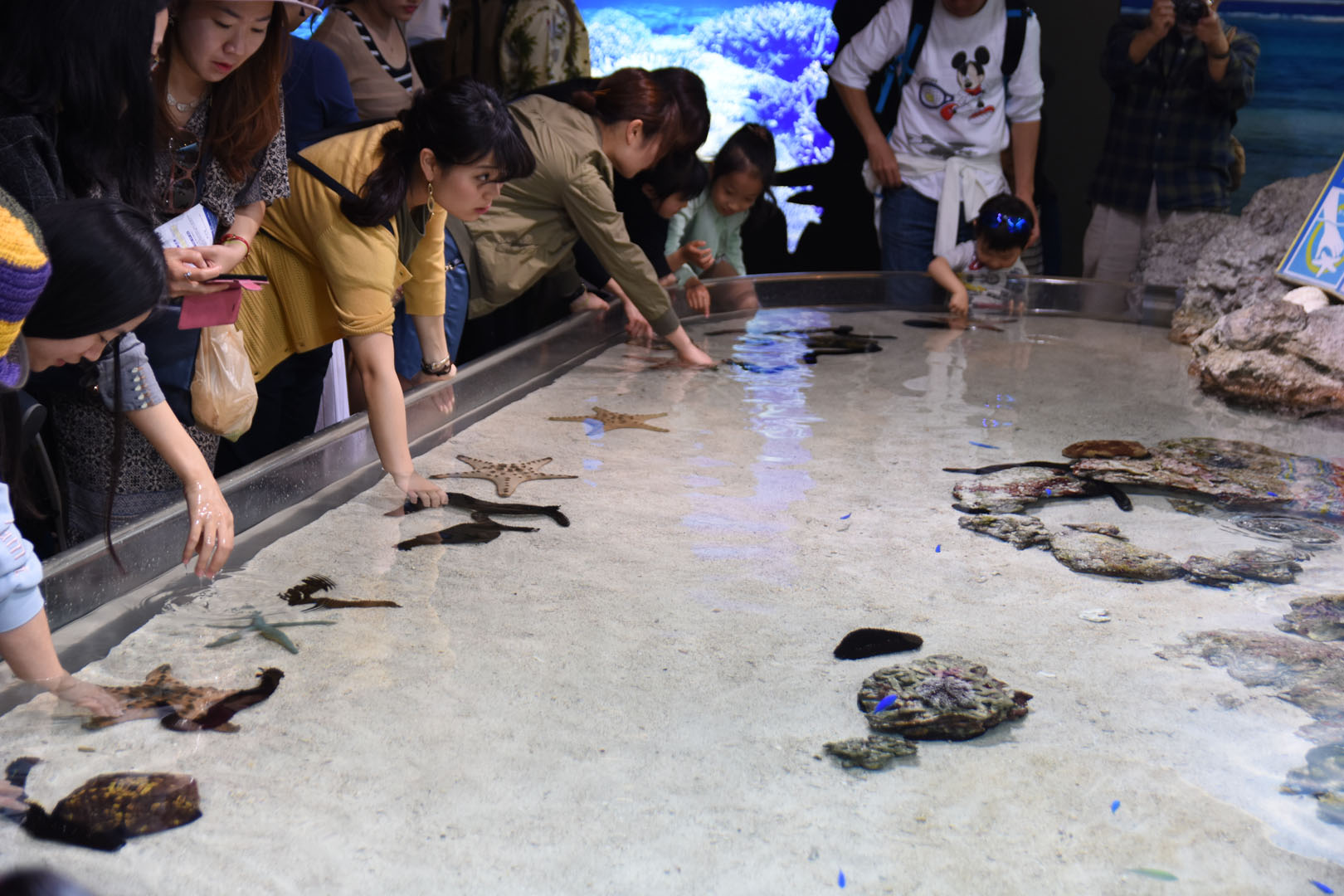 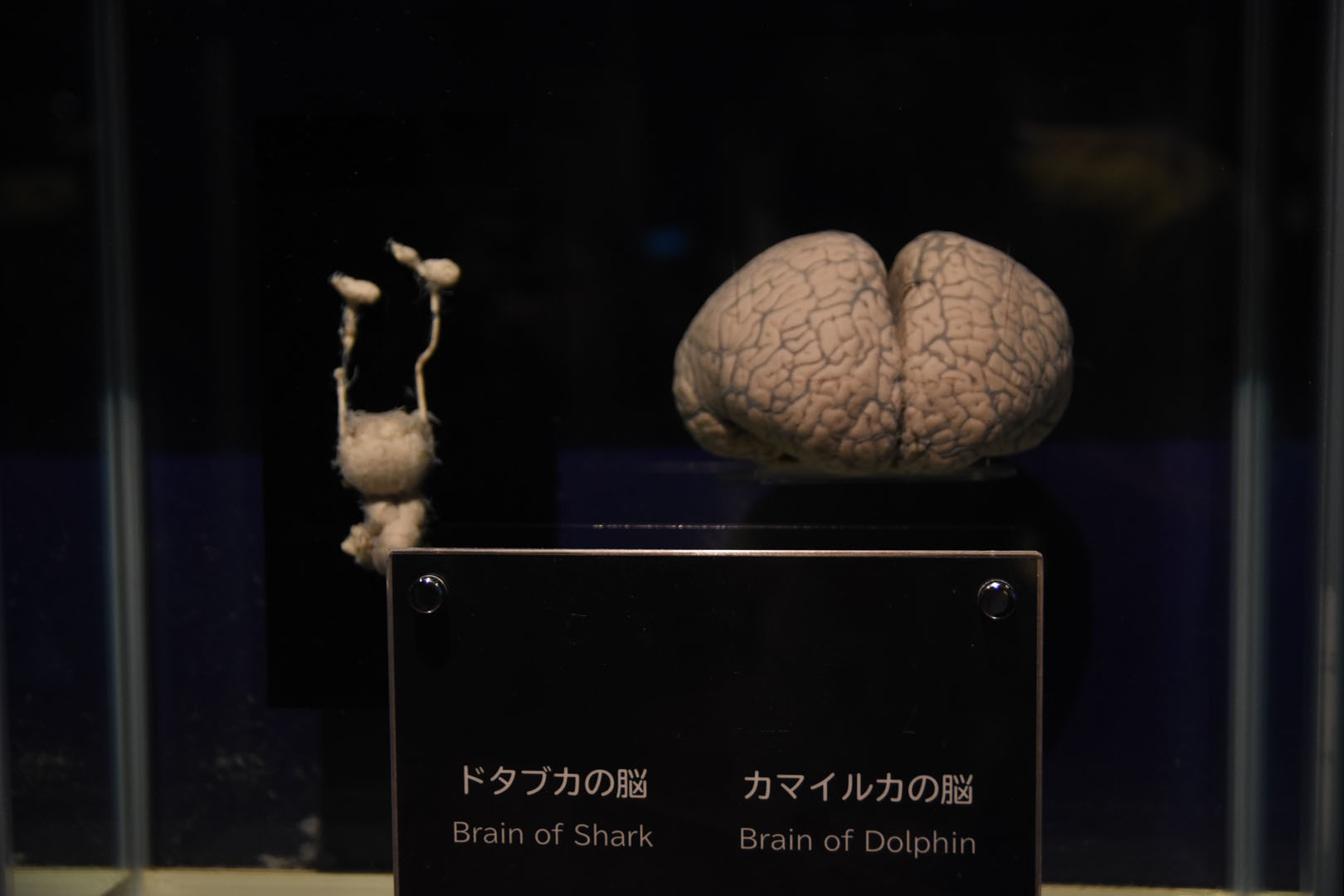 The highlight is without doubt the gigantic pool inhabiting two whales sharks. The pool could even be viewed from above. 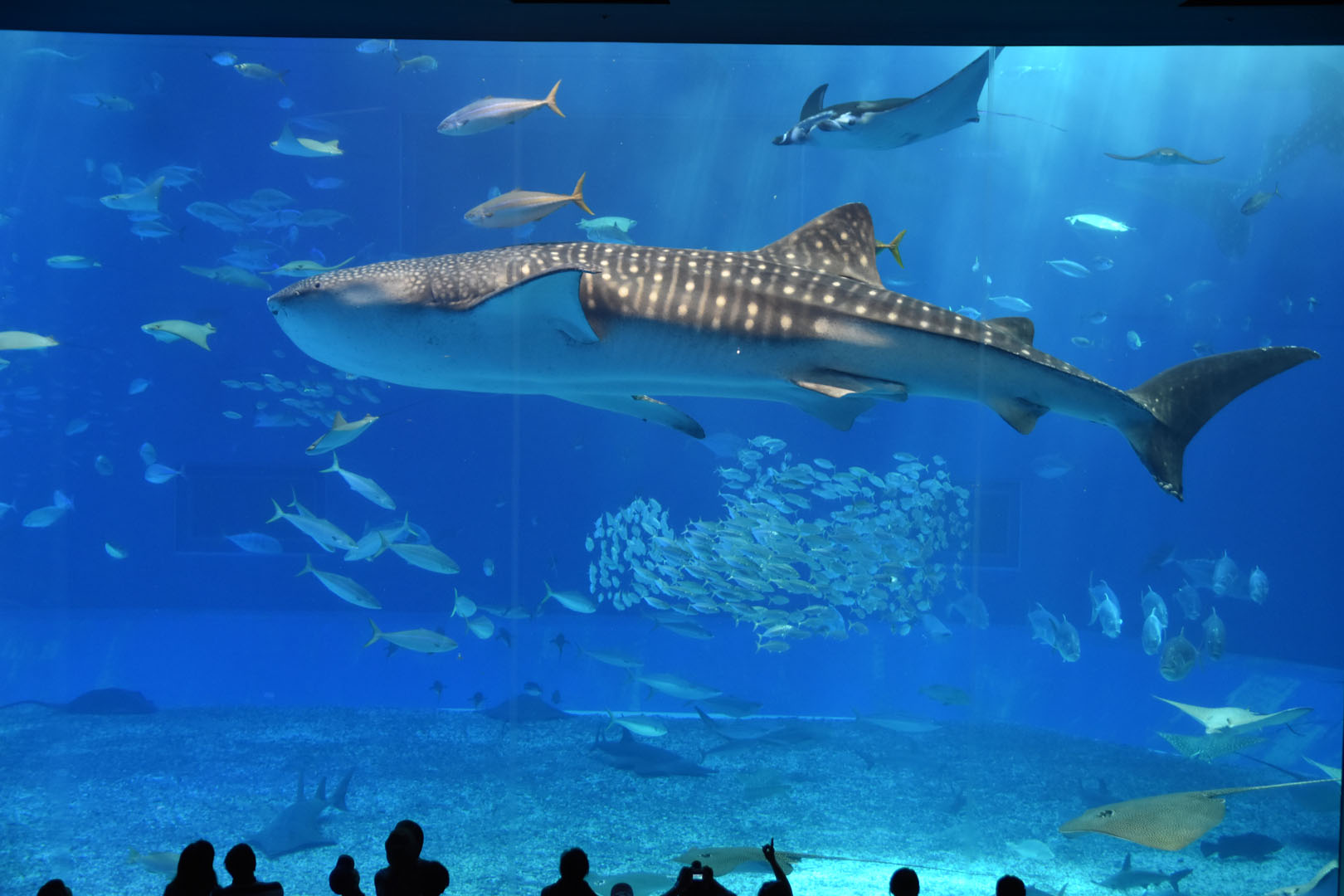 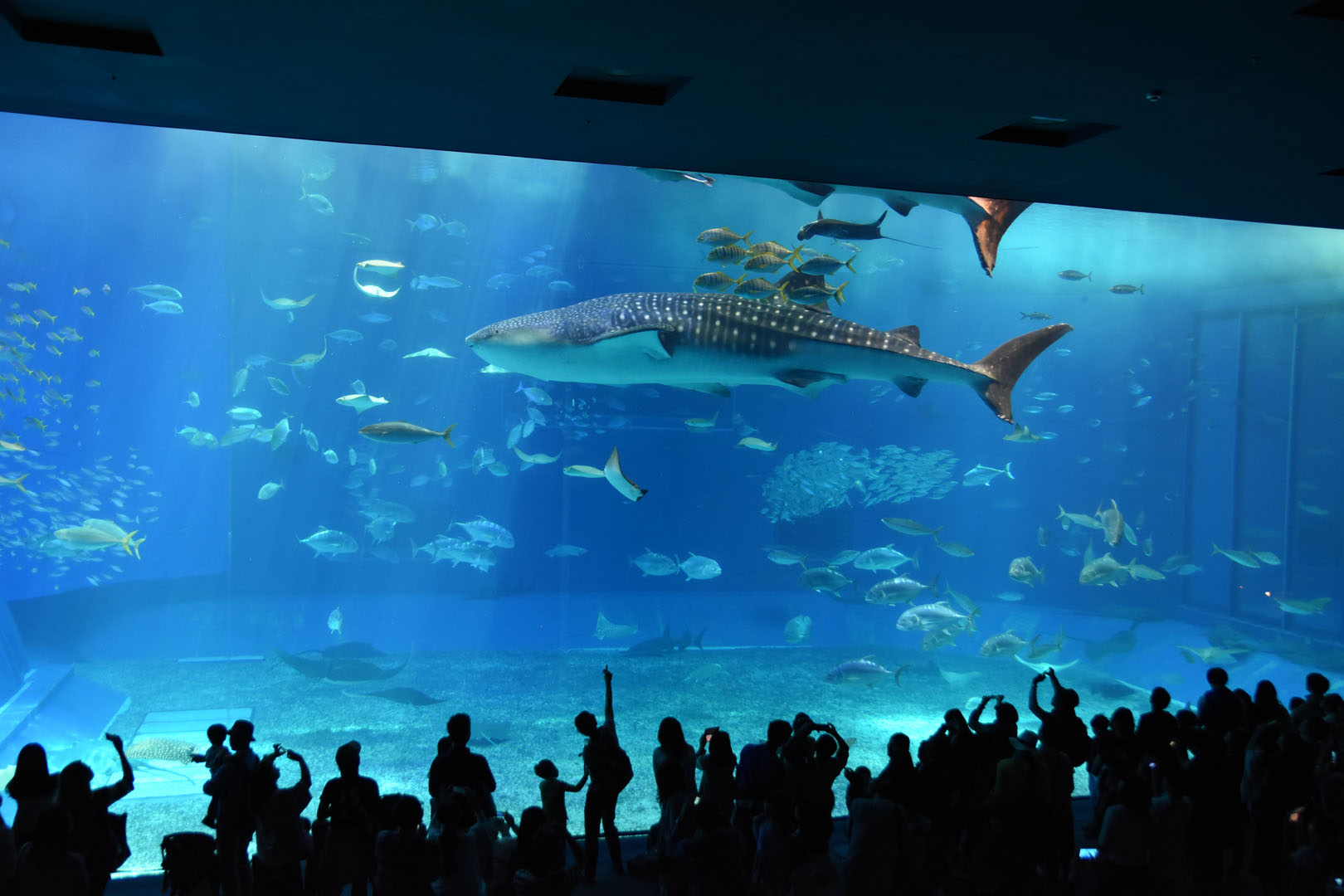 Moreover, there was a dolphin show and many other attractions invited curious visitors. 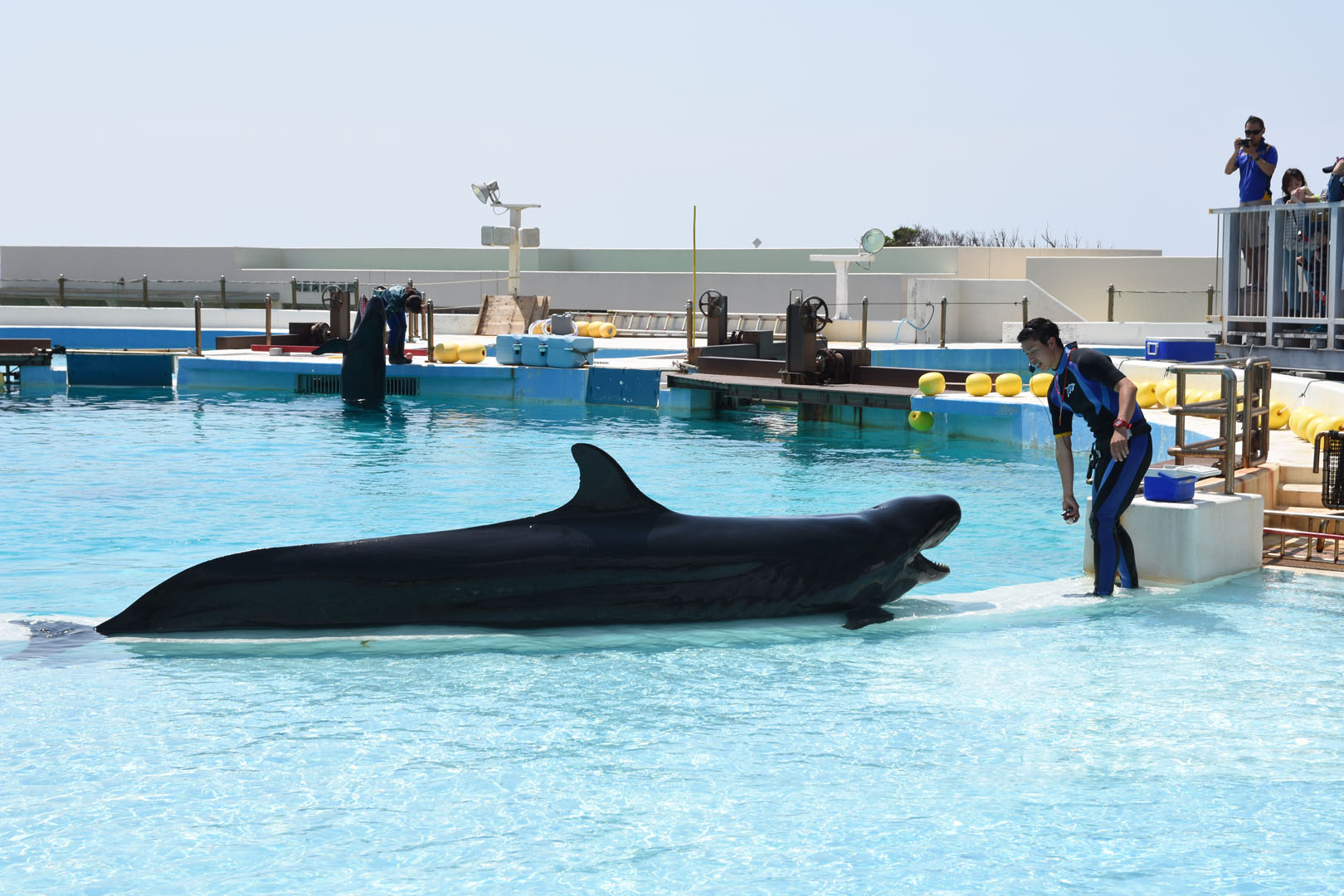 We were offered to stock up on Okinawan sweets and omiyage at Okashi Goten. Especially the goods containing beniimo, the locally grown sweet potato, are very popular. 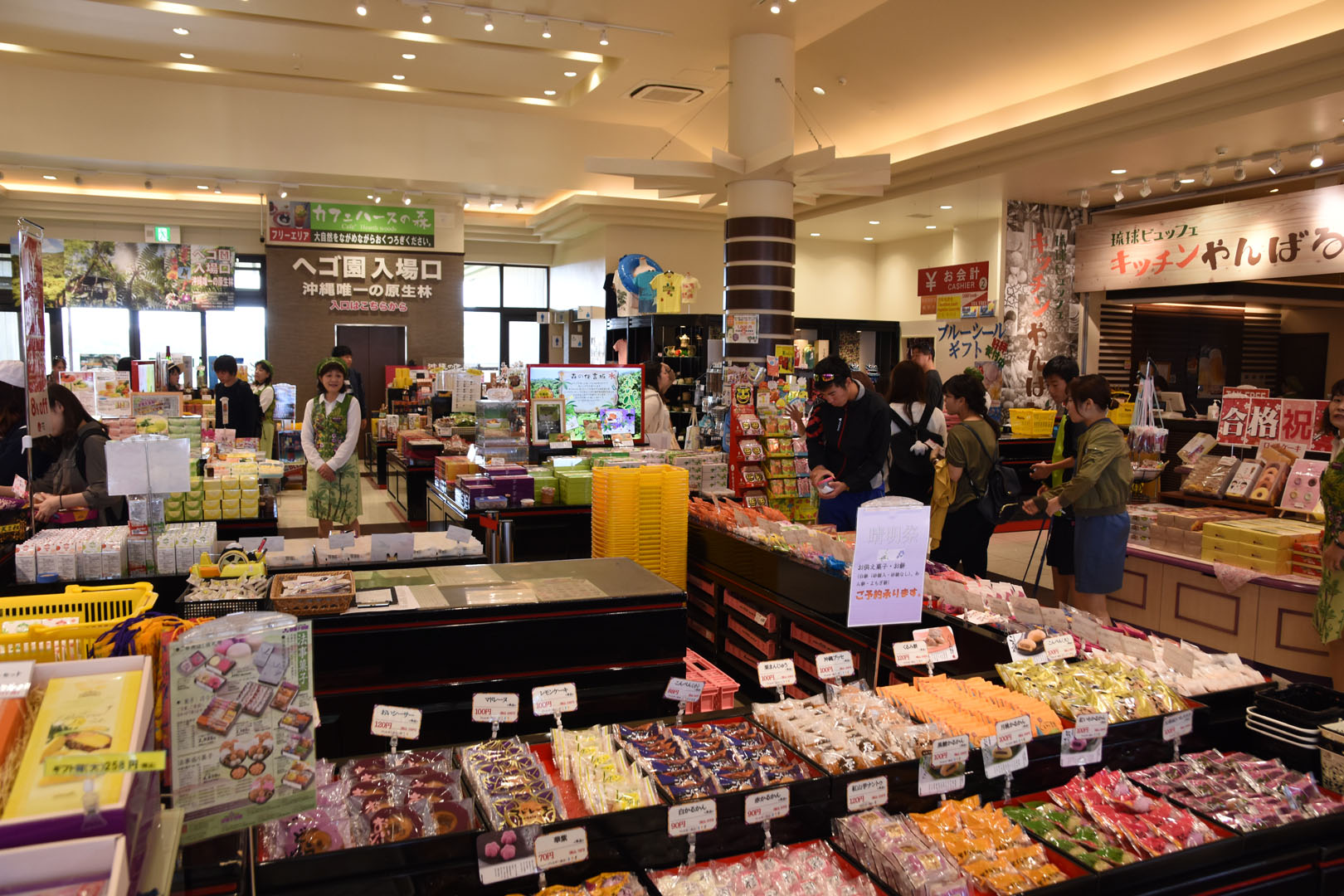 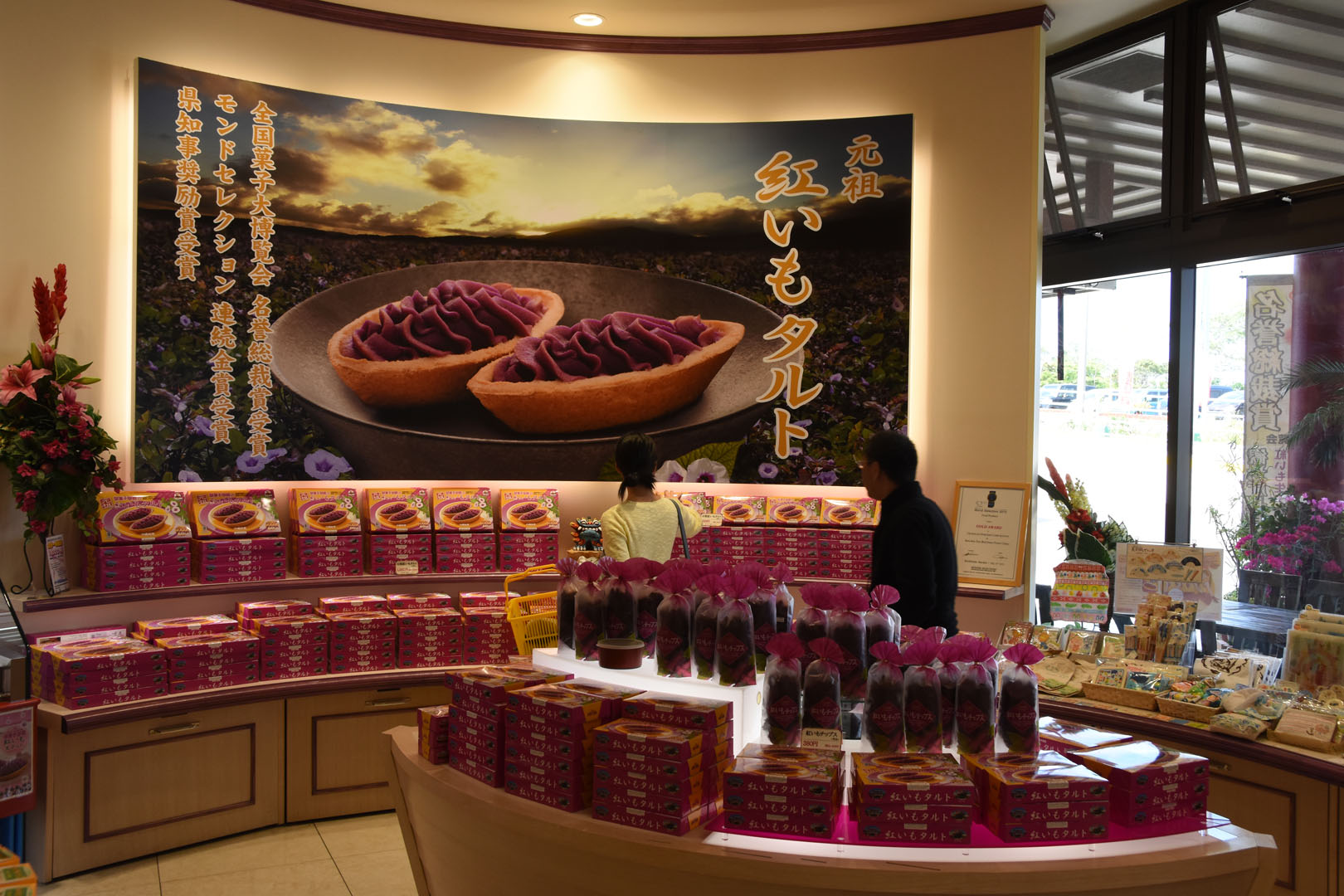 On the afternoon we reached our final destination, Ryukyu mura. The open air museum showcased the lifestyle of the people of the Ryukyu people several hundred years ago. Performers gave a great show, including Taiko drums. 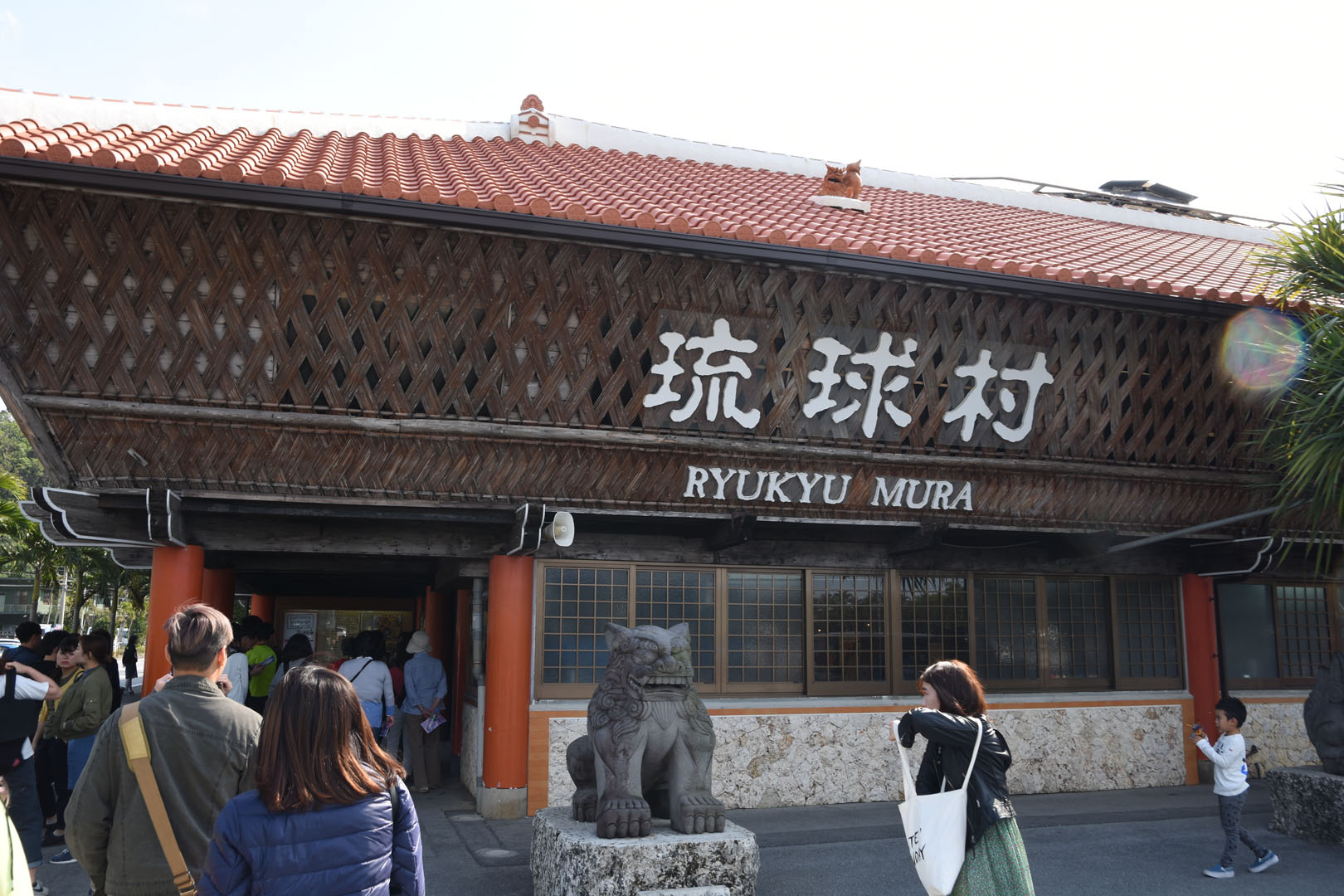 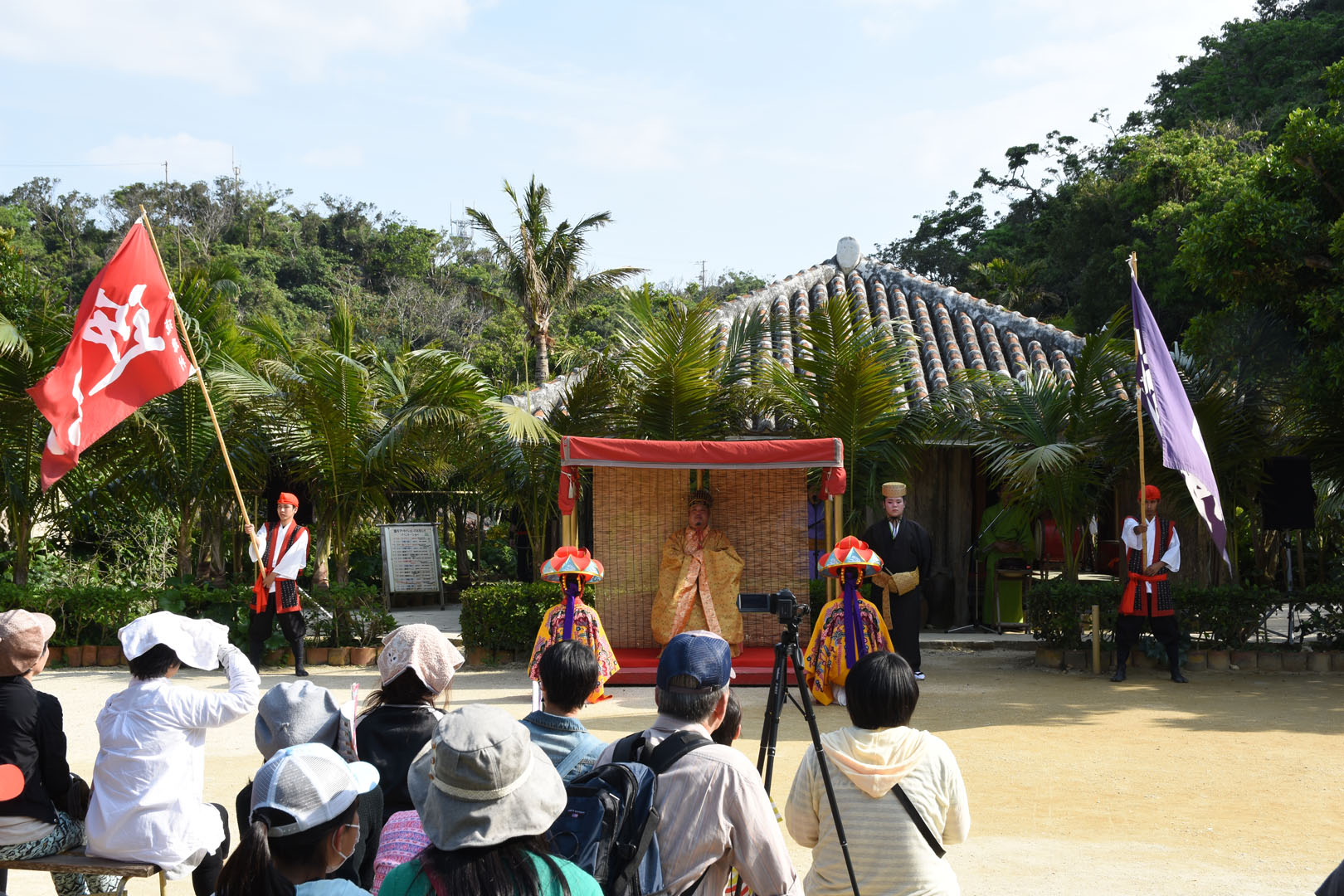 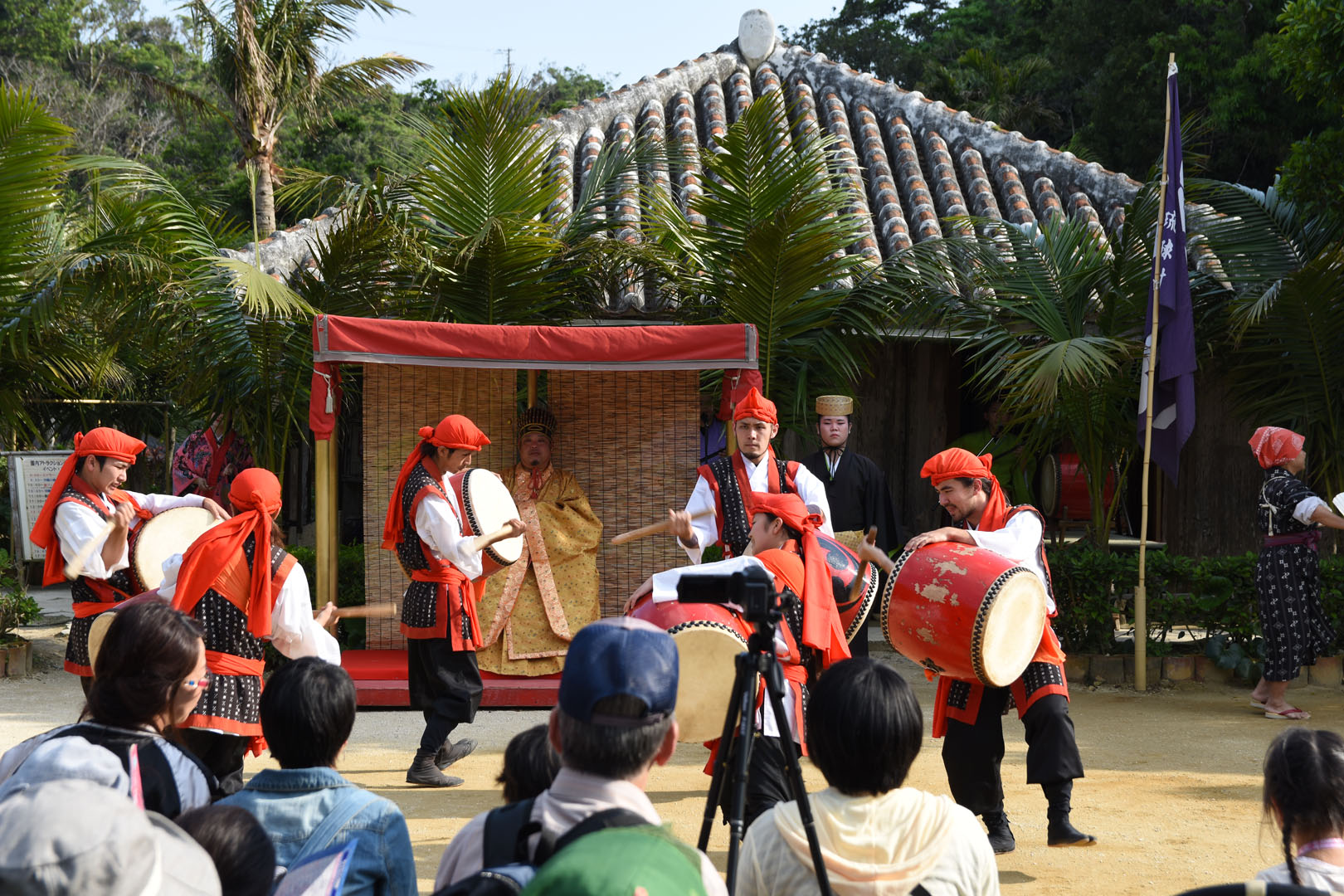 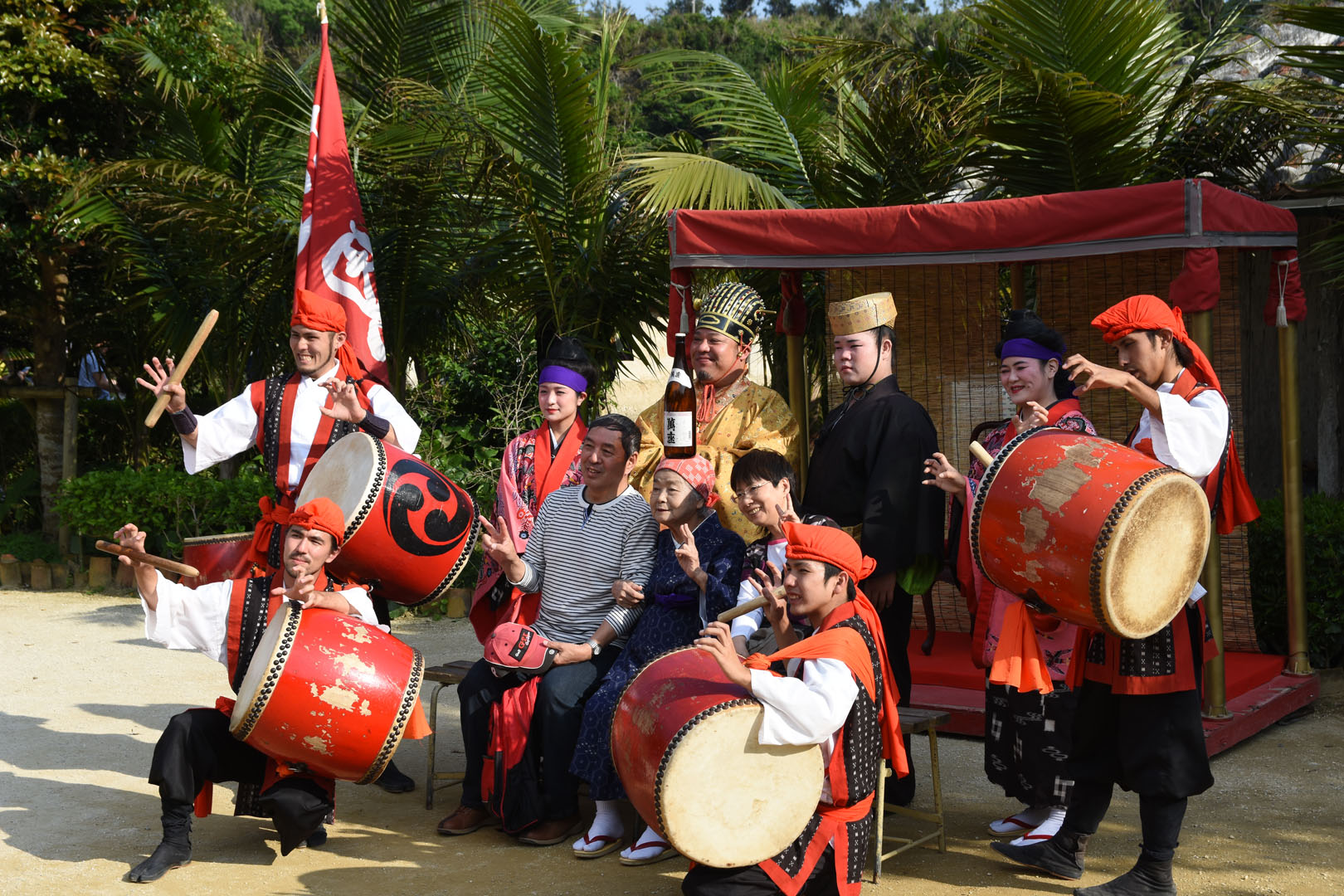 To conclude, the tour was really worth the expense. Our guide was a enthusiastic local woman who told us the whole time about local customs, the history and scenery outside the window. She went so far to sing Okinawan folk songs to us multiple times.

When I returned to Naha in the evening I picked up my laptop and went to Starbucks to complete the previous article. Beside the common beverages known from overseas the local branches also sell unique flavours including Matcha green tea. Also, the staff is so much kinder and caretaking than what I am used to. This is true for all clerks I met in Japan, or in general for all customer interacting jobs. They wrap everything up for you and count the change for you, or wave while you depart with the train or plane, to example.

While conbinis can be found at every corner, traditional supermarkets are harder to find. Luckily there was one close by, so I could buy some groceries there. It is really fun to go shopping in such a supermarket in my opinion. Next to the entrance there is a section consisting of packaged prepared meals. Since it was late already many items were reduced, so I could snatch some good deals for dinner. Tuna sashimi costed me just 300 ¥, together with a drink, yakitori sticks and a portion of rice my dinner had a total of just 1000 ¥ – what a deal.

At home I relaxed, had dinner and prepared for the next etappe. The next destination Nagoya and before that a certain research institute.