Perfume performed their 6th world tour Cosmic Explorer and I was with them in San Francisco on August 28, 2016. Seeing my favorite band live again after three years was so exciting. 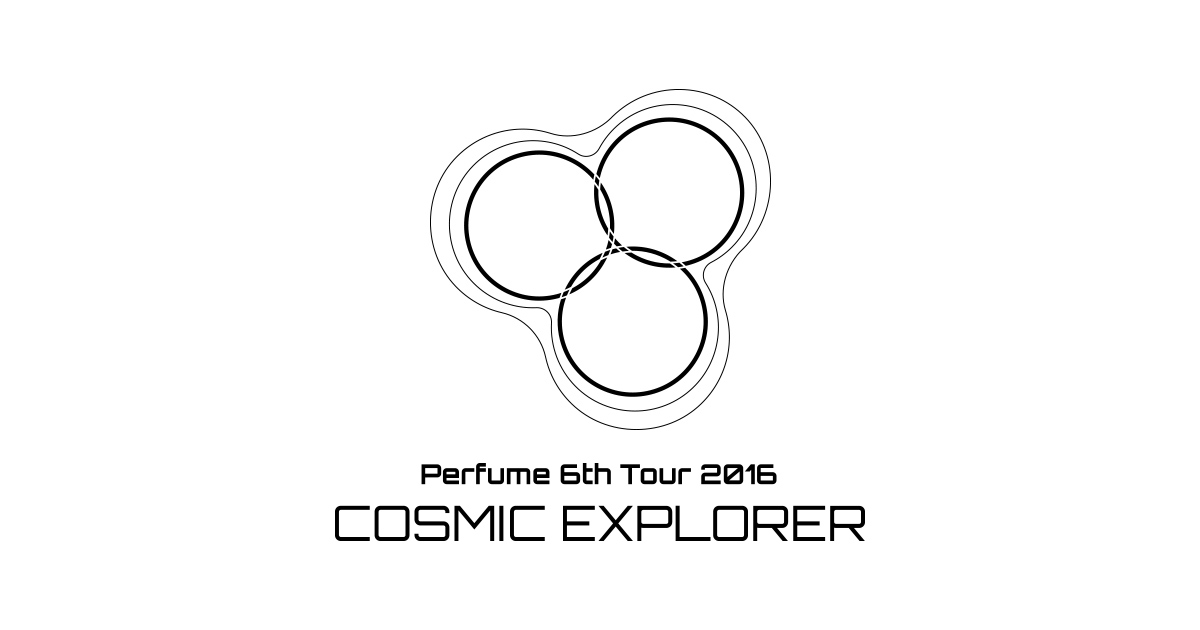 We arrived half an hour prior to opening and passed around 300 people to reach the end of the queue. Many fans from different countries waited patiently until they could enter the venue. When we entered we had half an hour left to the performance. I quickly lined up for the next queue to obtain some of the limited tour merchandise. Just one minute prior to 8 o’clock I reached the counter and picked up a tour shirt.

Because I bought my ticket rather late I only obtained a seat in the outer balcony. The view to the main screen was obstructed but I could see the stage well. By that time the venue was almost filled up to the last seat.

An announcement notified the audience to switch off their phones or disable all wireless transmissions, because it would interfer with the performance otherwise. At that time I didn’t anticipate what was about to come.

The stage was equipped with mutliple staircases which could move from the center to the sides. On the top of the staircases there was another platform, behind it a large screen.

The lights went out and the bass-heavy intro with an accompanying video started. The show begain with Navigate without Perfume on stage yet. The music was really loud even up in the balcony and the bases made my chest vibrate. The light show was quite elaborate, too, with lasers, changing lights, and stroboscope.

Then they appeared for Cosmic Explorer. They really transcended themselves again when about six drones began rising and complimenting their perfectly synchronized choreography.

After the song they quickly changed to pink, green and blue dresses in a matter of seconds. After performing Pick Me Up they introduced themselves to the audience.They continued playing songs from their new album, including Cling Cling, Miracle Worker and Next Stage with YOU. Next came a medley of some older songs, including Spending all my time and Fushizen Na Girl, amongst others.

Soon after they started their first talk segment A fan in the front called the attention of the girls to himself and we find out it is his birthday today. They did a spontaneous birthday song for him, so lucky that guy. They were also happy to find some cosplayers in the audience.

They asked for bilingual people in the audience and gave a microphone to a man in the middle of the first floor. He then translated everything Perfume said in Japanese. They talked about their experiences in San Francisco and how they tried Clam Chowder Bread Bowls at Fisherman’s Wharf.

The show went on with Party Maker.

With STORY they used their famous projection technique and moving semitransparent screens again.

They continued singing Dream Fighter, Polyrhythm, FAKE IT and FLASH.

Another unexpected highlight was Baby Face which they performed in English for the first time.

In another talk section they asked the audience whether they play Pokemon Go. They then tried to catch a Perfume pokemon on the screen by swiping the hands up in the air. The audience helped and after a few trials they managed to catch it :D

The last song was Chocolate Disco. After a thunderous applause they returned for one more song, STAR TRAIN. This track was also filmed:

As a big fan of the band I was very happy with the set list and the performance. The three encouraged the audience to sing and move along and significantly improved their English to connect with their fans. The concert was amazing and I rank it even higher than the Paris performance in 2013.

If you want to know their music better, listen to their new album:

Also take some time to read concert reports by others.

Photos: Perfume dazzle at the Warfield