From Nagano I visited two well-known destinations in the prefecture. In the morning I went to see the adorable Snow Monkeys bath in a hot spring and in the afternoon I explored Matsumoto Castle, part of the World Heritage.

The monkeys of Yudanaka who bath in hot springs are a famous attraction to visitors of Japan. Having heard many things about them, I wanted to pay them a visit on my own. Going in winter allows for the best experience, when it is cold enough for them to bath in the hot springs.

The most convenient way of reaching the Snow Monkey Park is my using the private Nakaden railway. At the station a pass that covers all modes of transportations and the entrance fee can be purchased for 3200 yen.

The fastest and most direct way from Nagano station is the express bus that departs in front of the station. In 45 minutes I reached the closest bus stop from where I needed to hike for half an hour to reach the park. The park was intentionally built far off the civilization not to disturb the monkeys in their natural habitat. 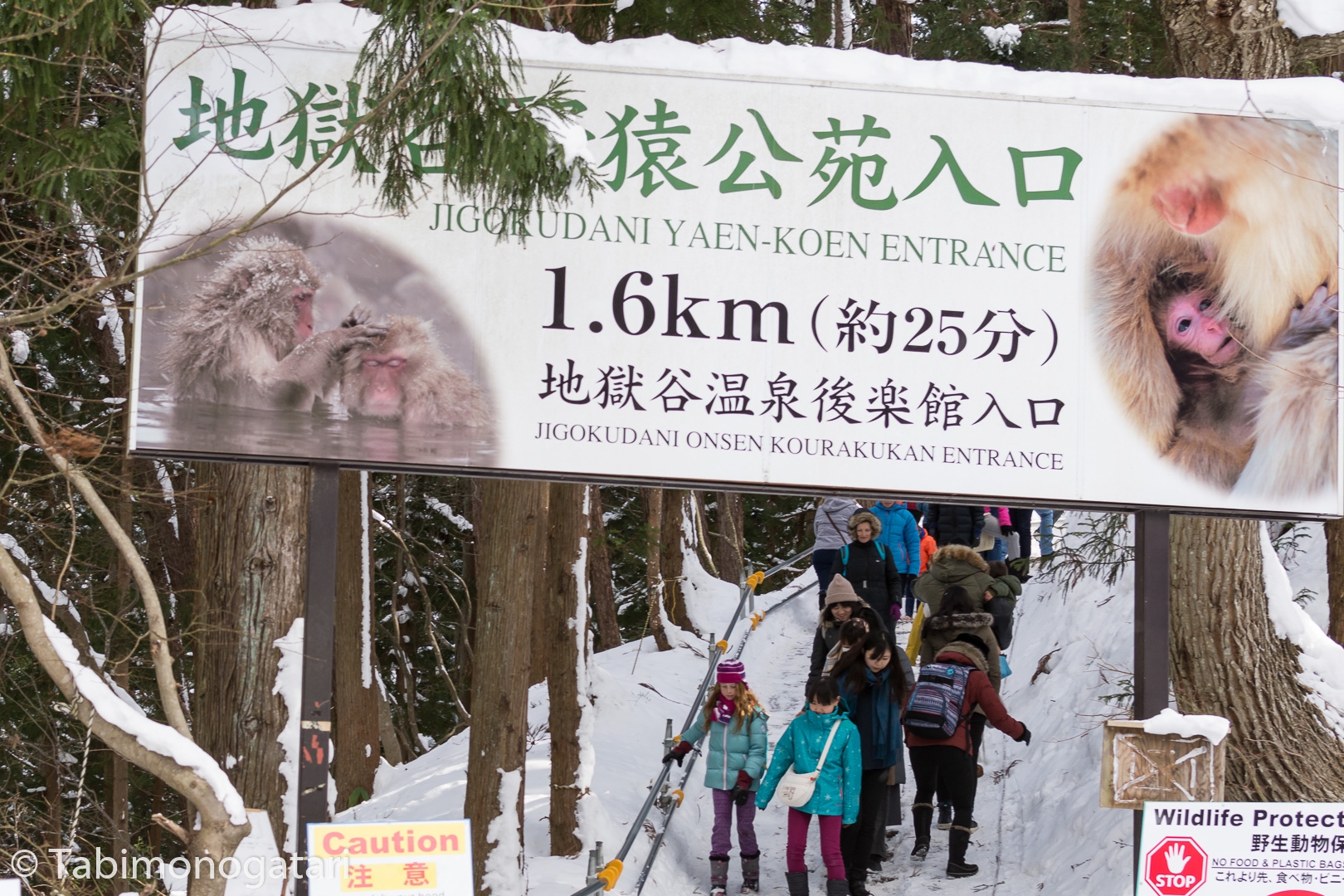 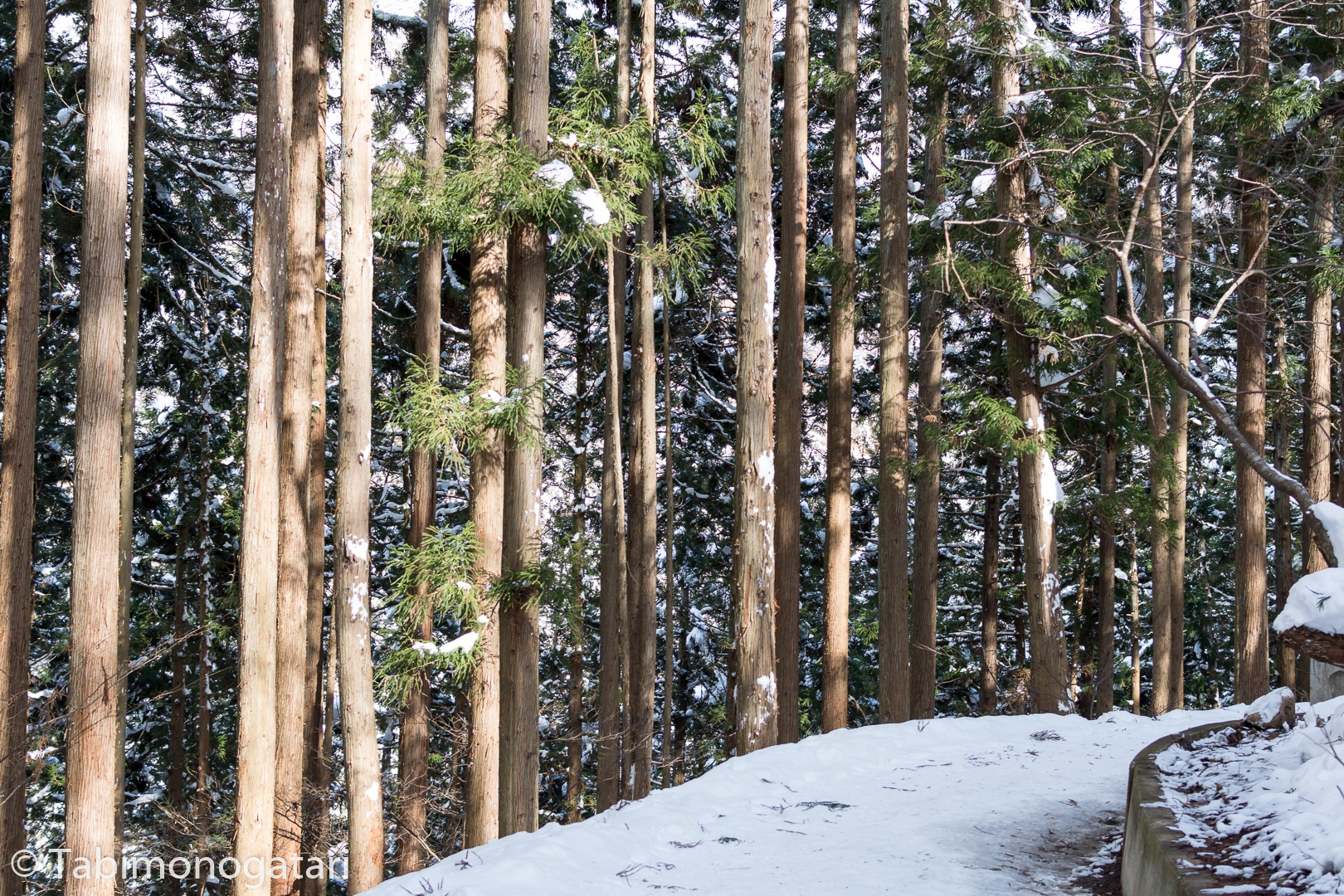 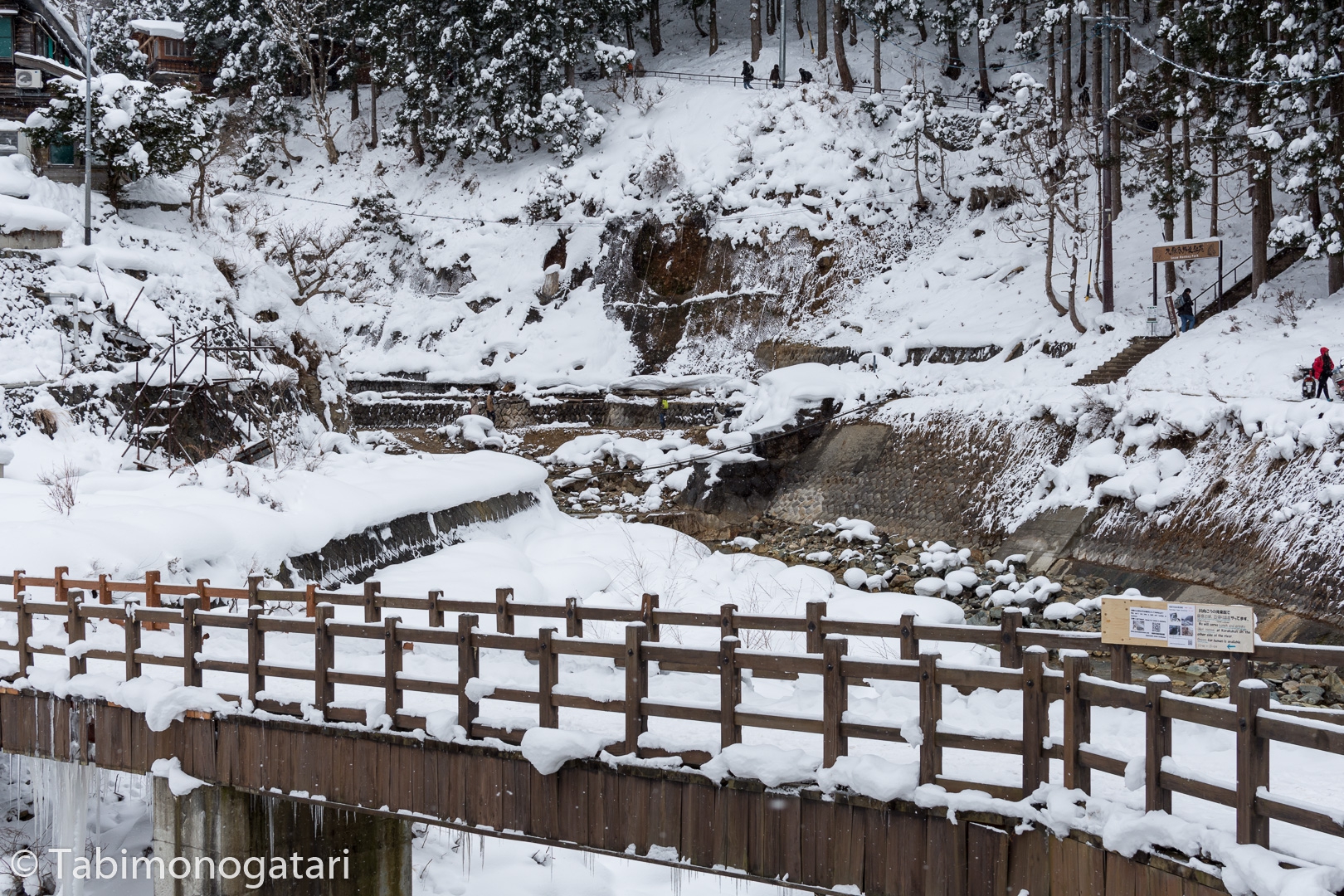 As promised, I found a crowd of adorable monkeys playing in the snow and sitting in the hot spring. Even though it was in the morning, the park was well visited by visitors from all corners of the world. 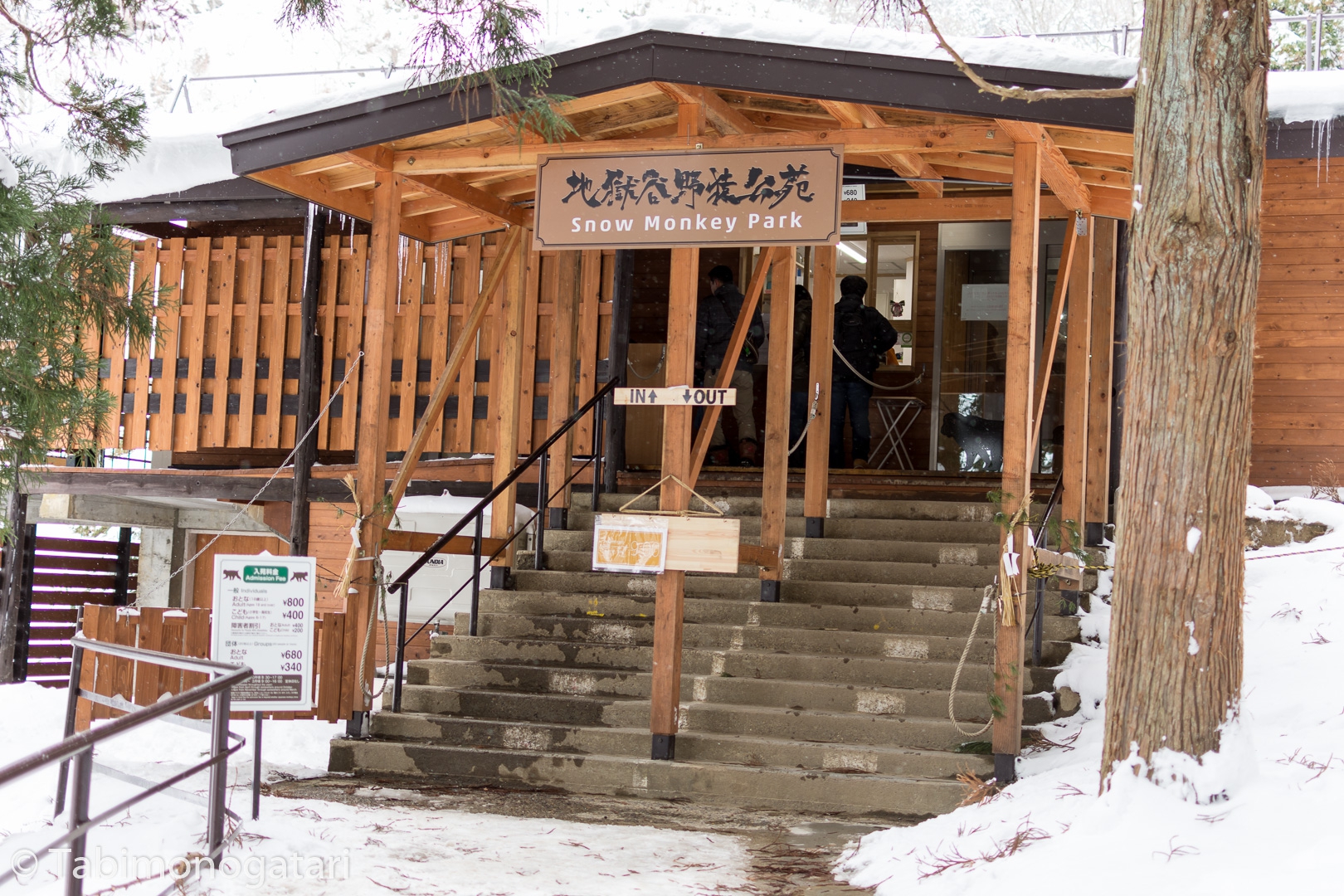 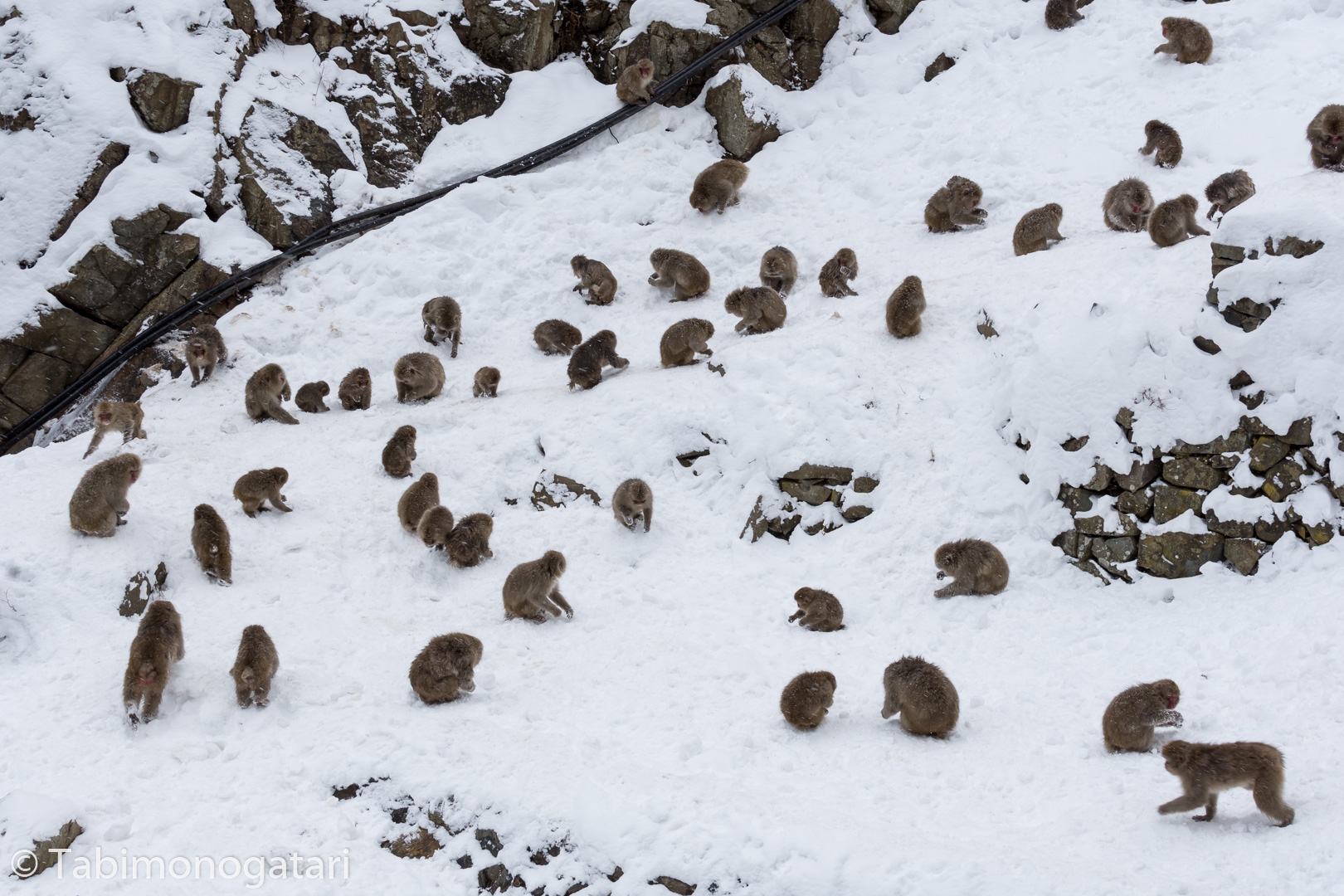 The monkeys were accustomed to humans and did not mind our intrusion in their territory. 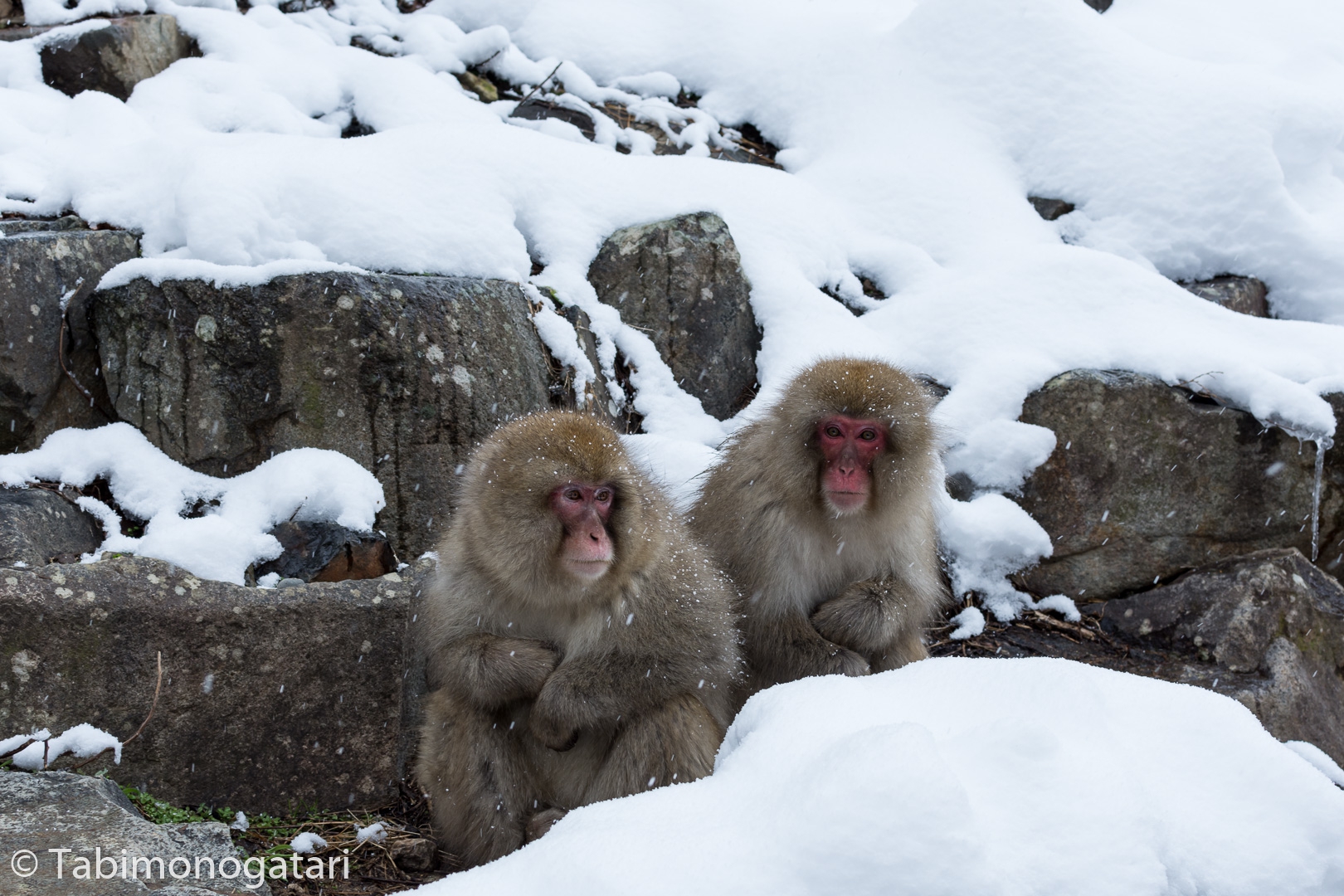 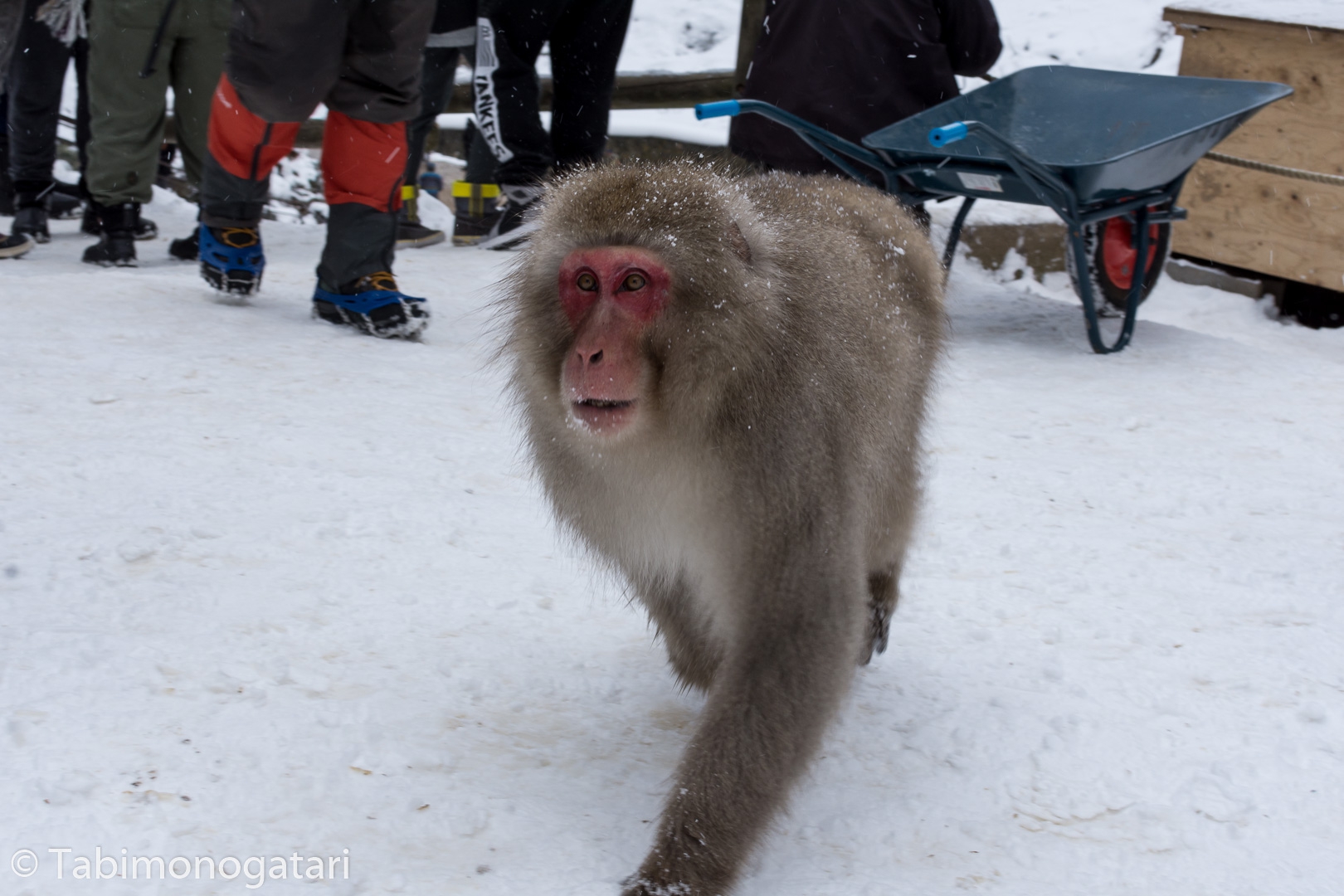 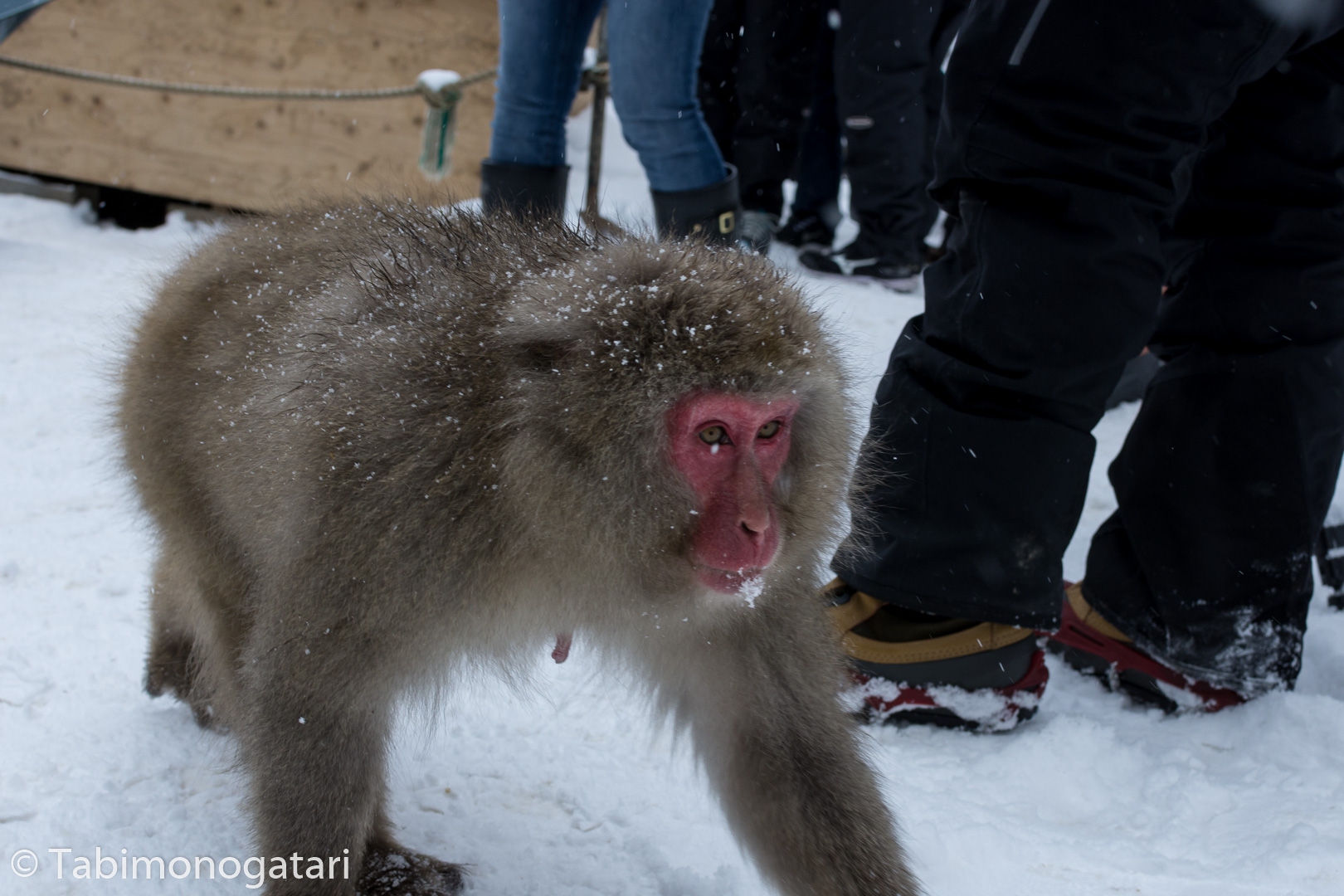 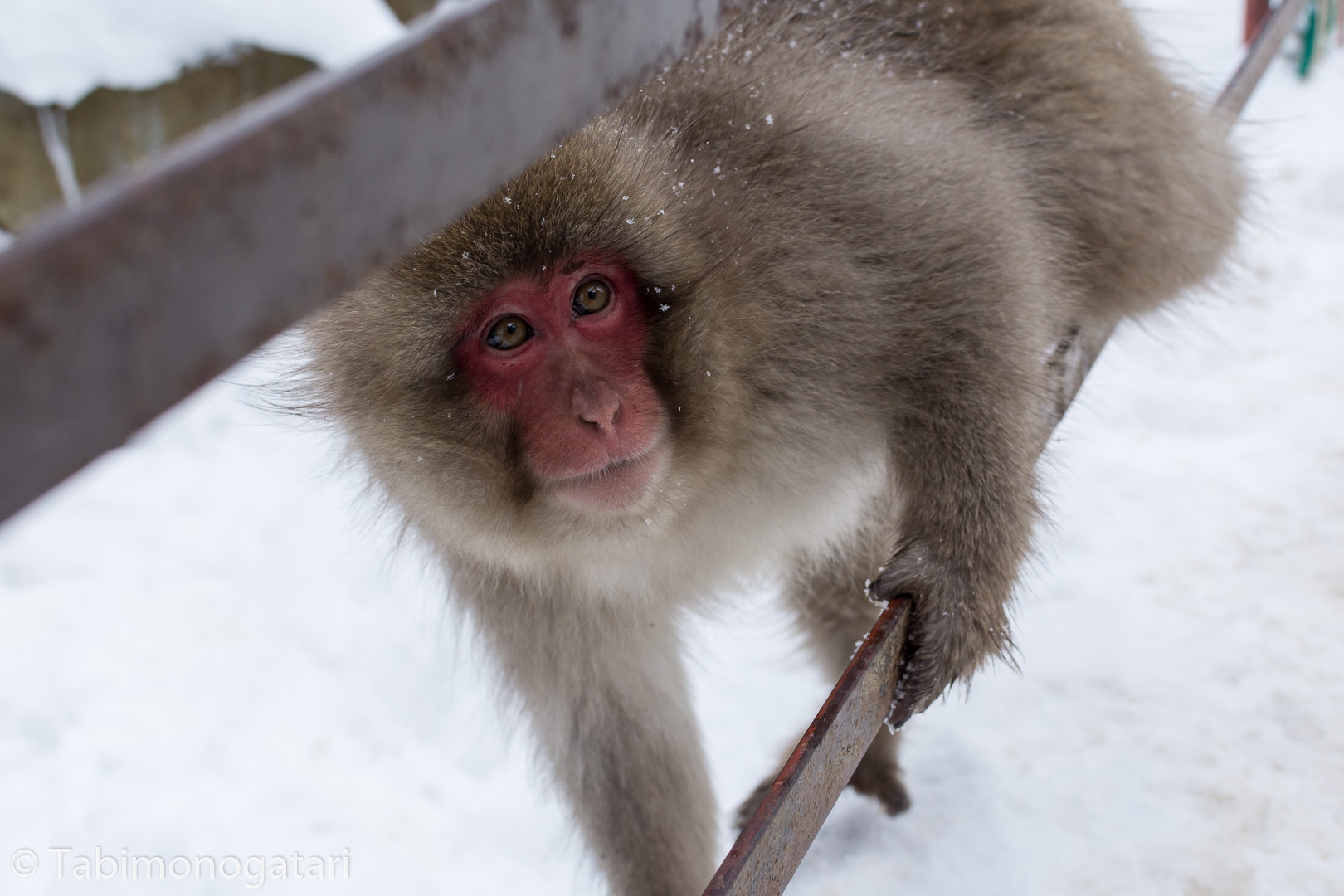 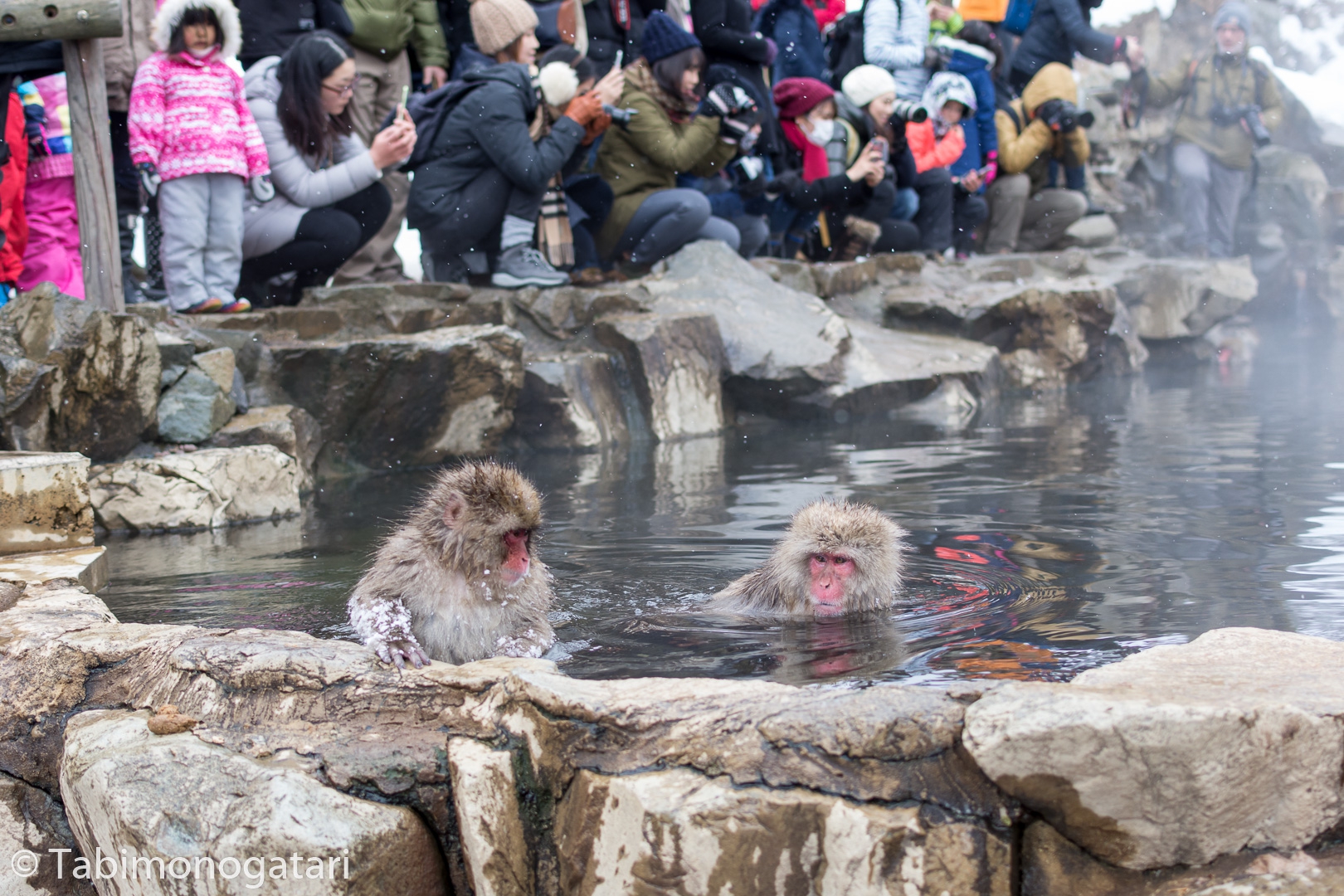 While I tried to capture the monkeys without humans in the frame, they were of course around doing the same. 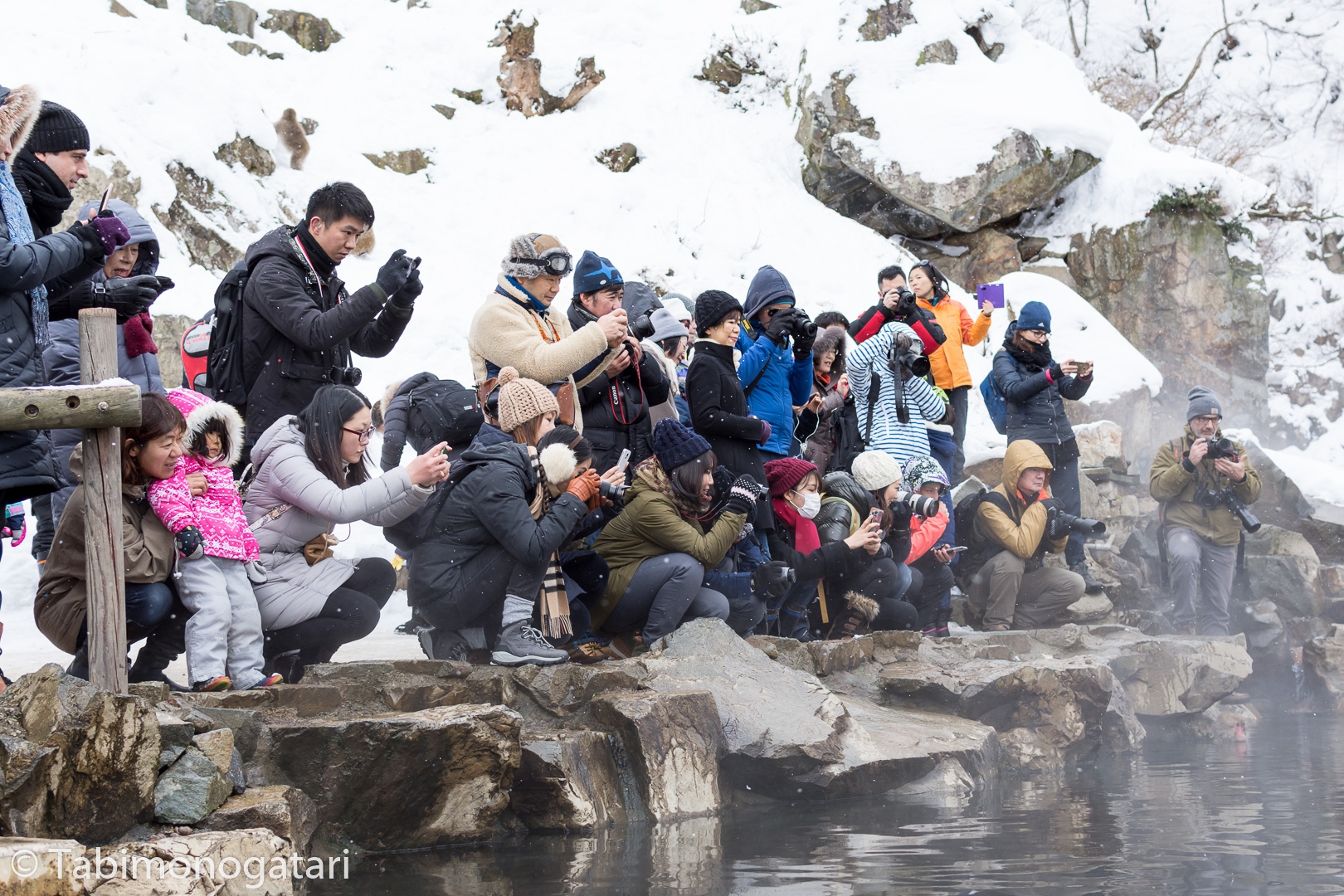 On the return way I followed the slower but more scenic route back to Nagano. A bus took me back to Yudanaka station while passing Shibu Onsen, a scenic hot spring village. From there the local train took another hour back to the center of Nagano. The historic trains luckily had a heating unit, and the conductor closed the doors until departure while we waited several minutes. When passengers wanted to board they had to push the door open like a sliding door.

The second destination on today’s plan is Matsumoto, an hour south of Nagano. At the station I visited the ticket reservation counter to obtain seat reservations for the ride to Matsumoto and the Shinkansen ride tomorrow morning. The train would soon depart, so I bought another eki-ben and a drink at the vending machine, and boarded the limited express Shinano. 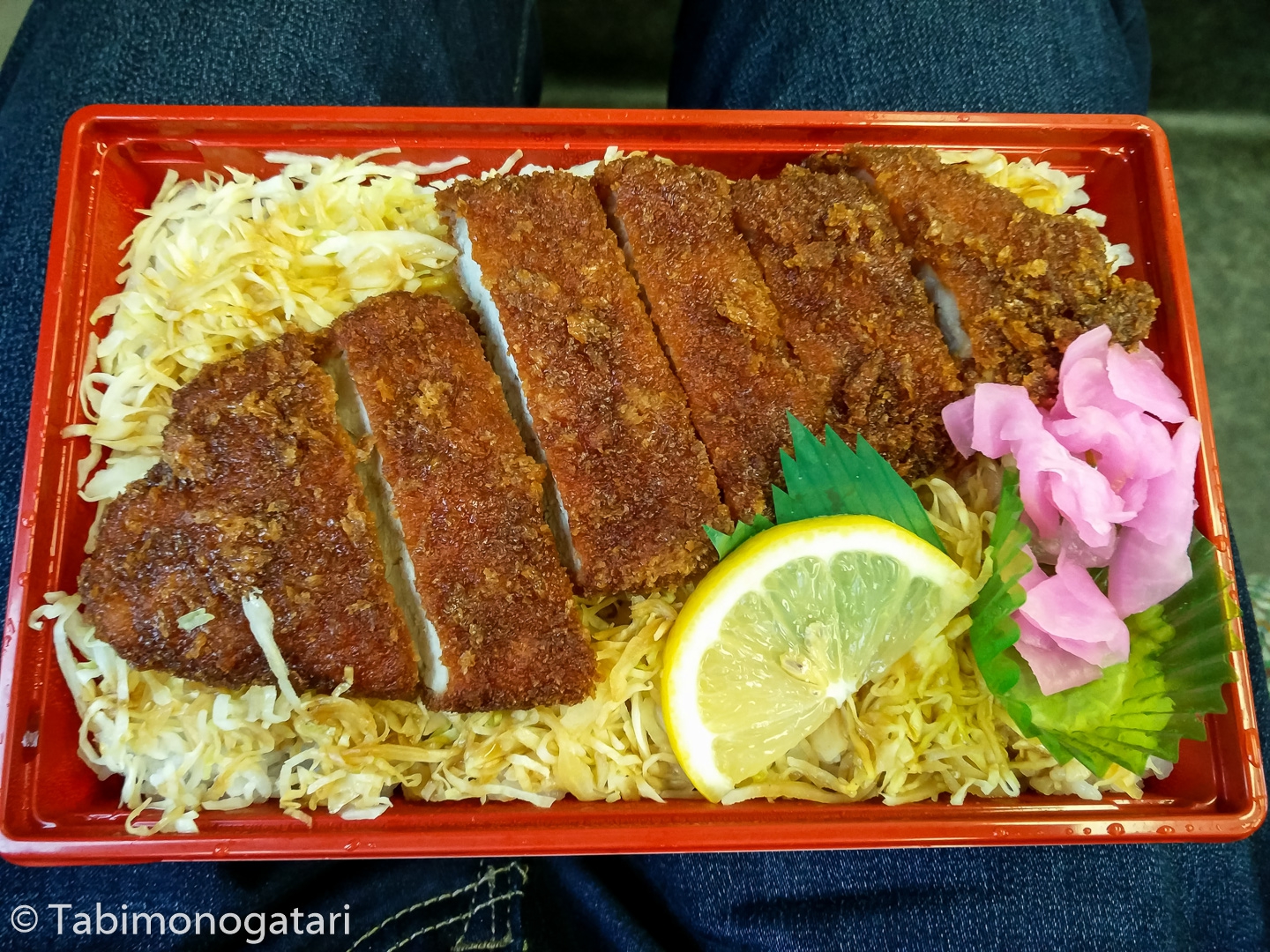 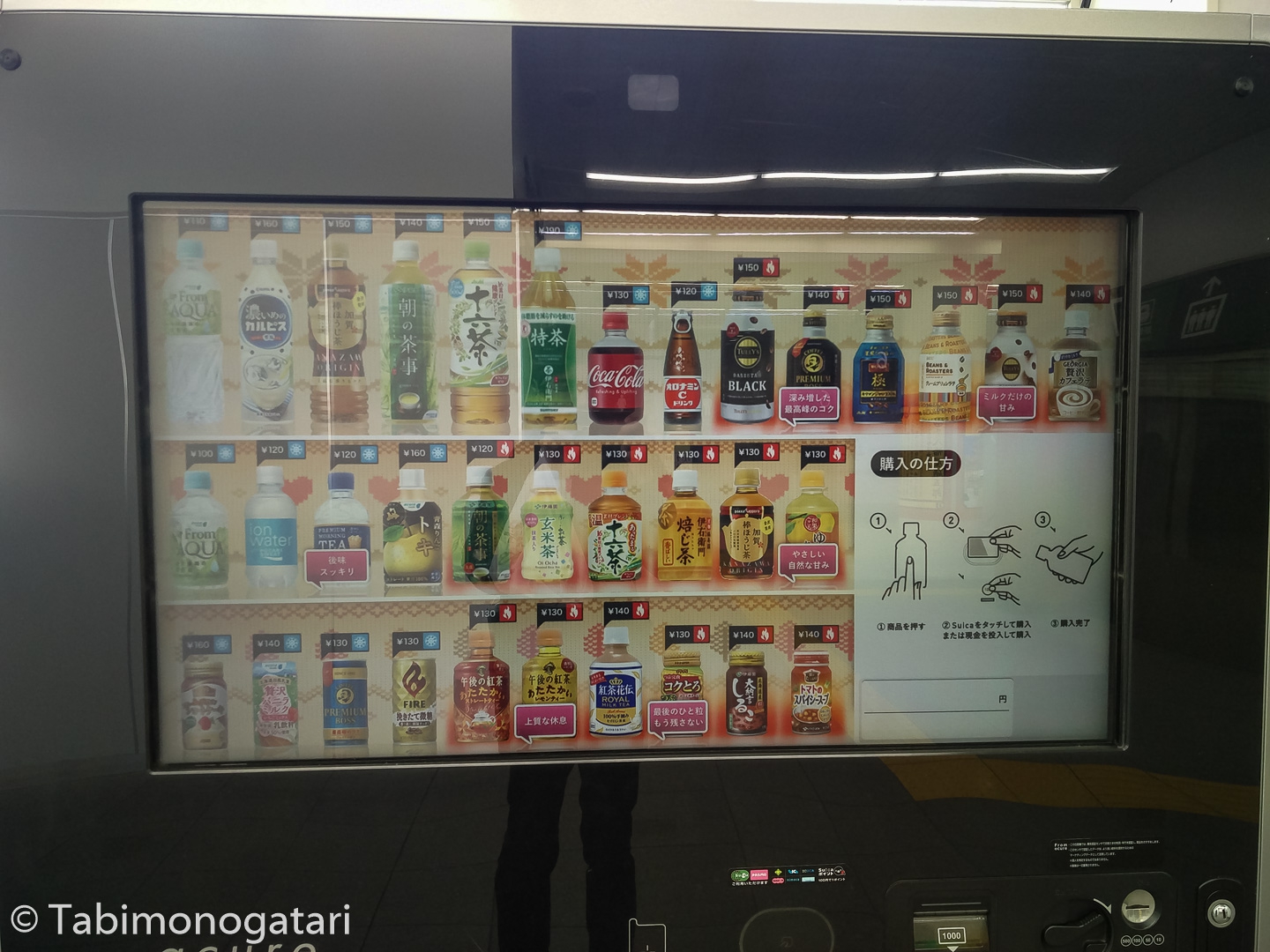 The roast katsu bento was rather expensive but totally worth the cost. The bento contained a generous serving of breaded pork cutlet on rice. Seeing the scenery pass by while enjoying a bento is my favorite thing to do in a train. 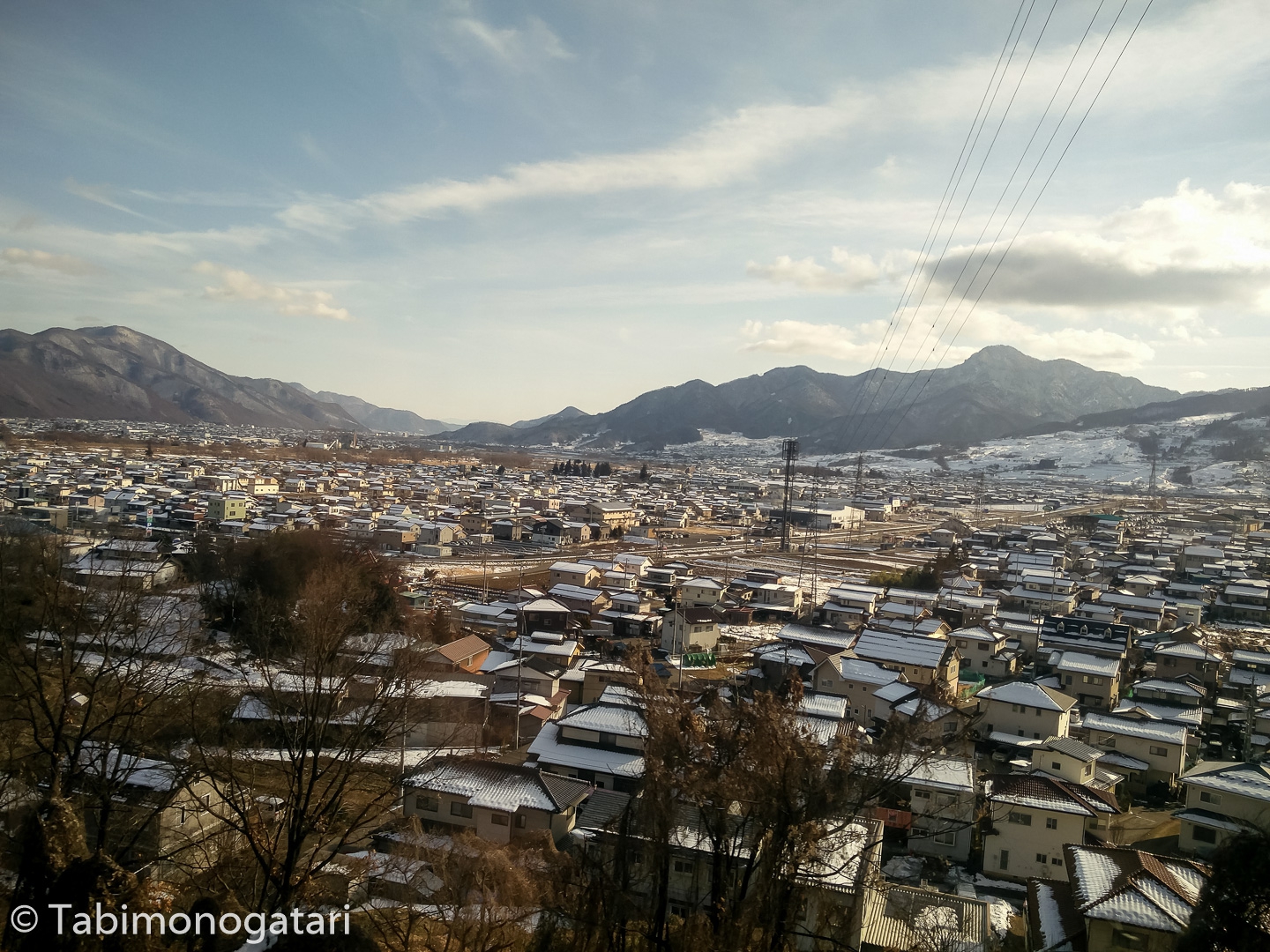 Matsumoto Castle is one of the few remaining authentic castles which were not destroyed and reconstructed and is part of the UNESCO World Heritage. To example, the Nagoya Castle I visited in 2016 was at some point completely rebuilt using concrete and steel. 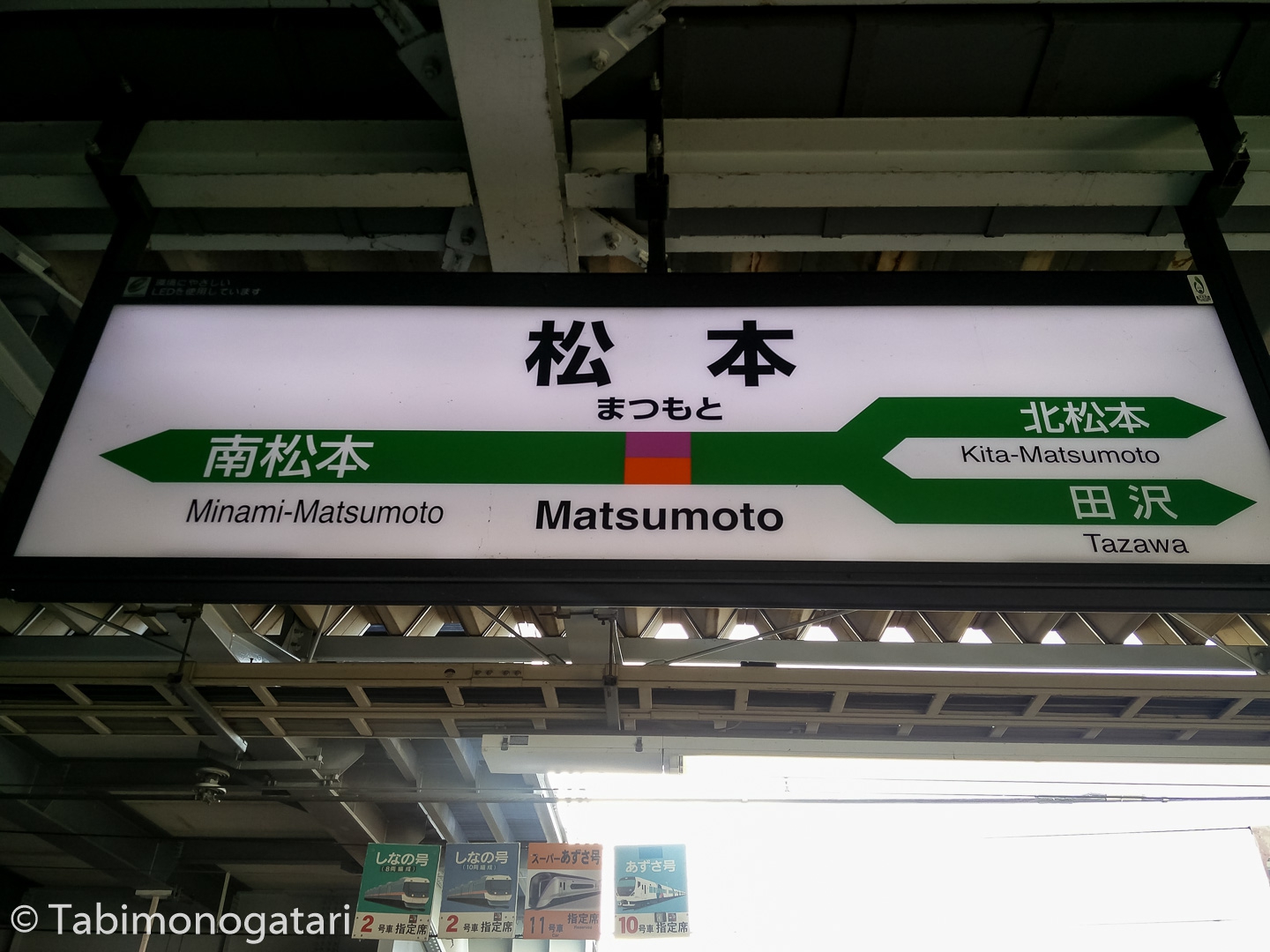 From the station it took me about 15 minutes by foot to reach the castle grounds, but a bus is also available. On the way I saw this house, modeled after the castle which was quite a feat in the narrow space between the two houses. Also, I hope you are not surprised anymore when you hear that the castle also has its own mascot. 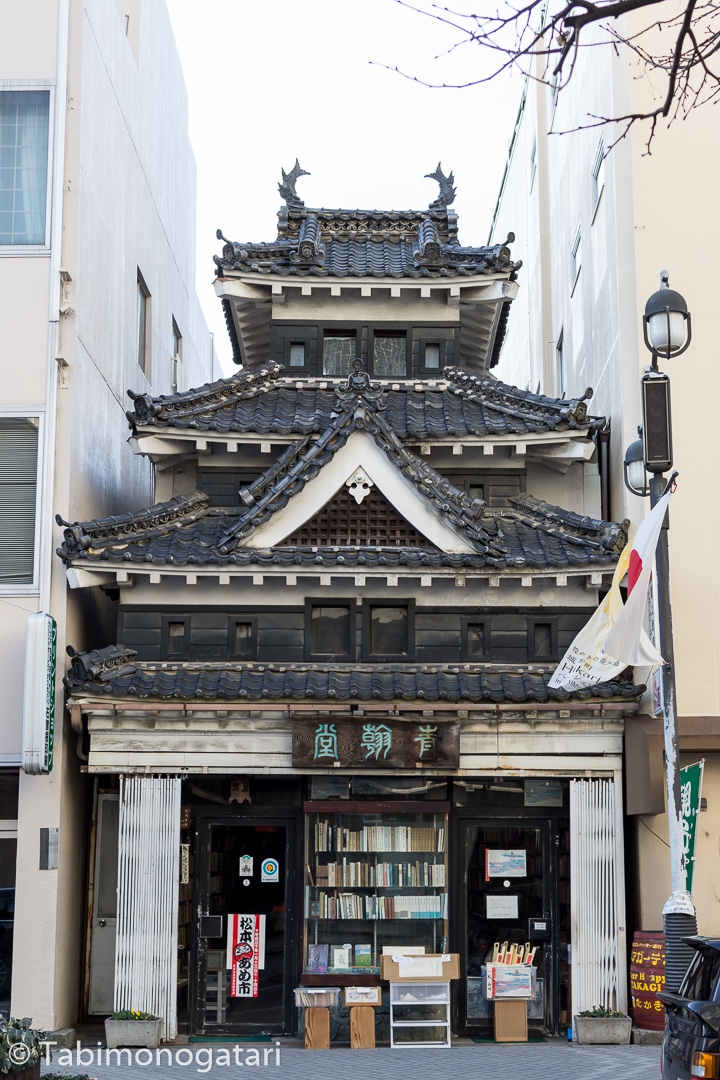 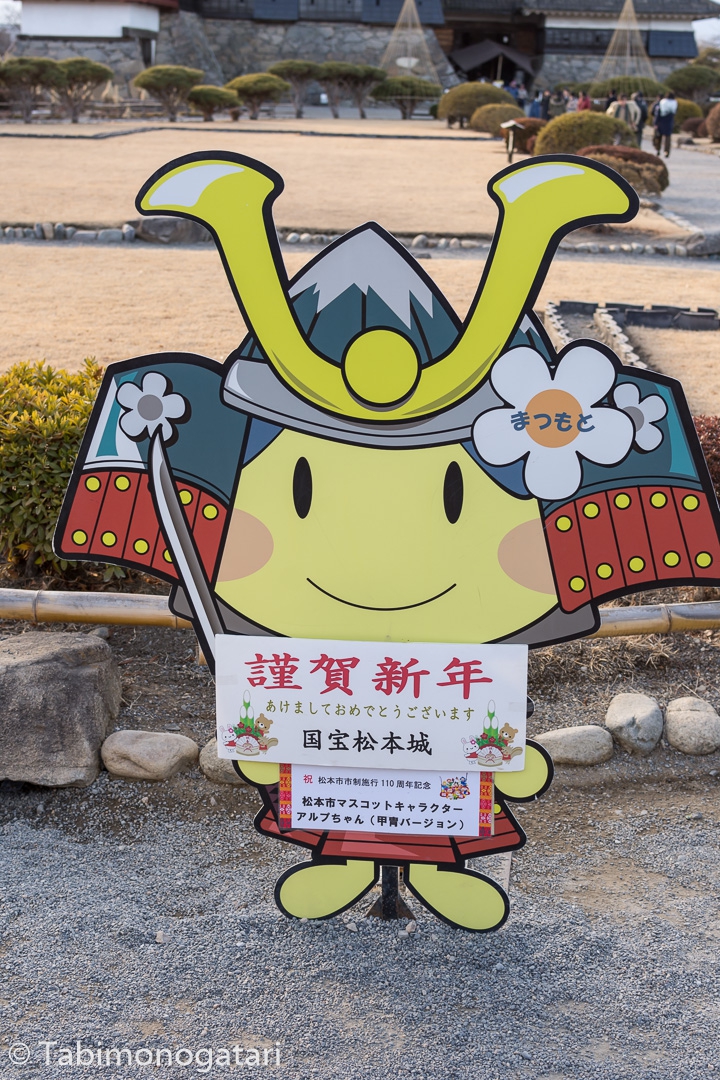 The impressive castle is surrounded by a pond rich in black carps. From the outside it looks like the castle has five stories, however actually there are six. A narrow floor is stacked between the third and fourth floors which served as a strategic advantage. 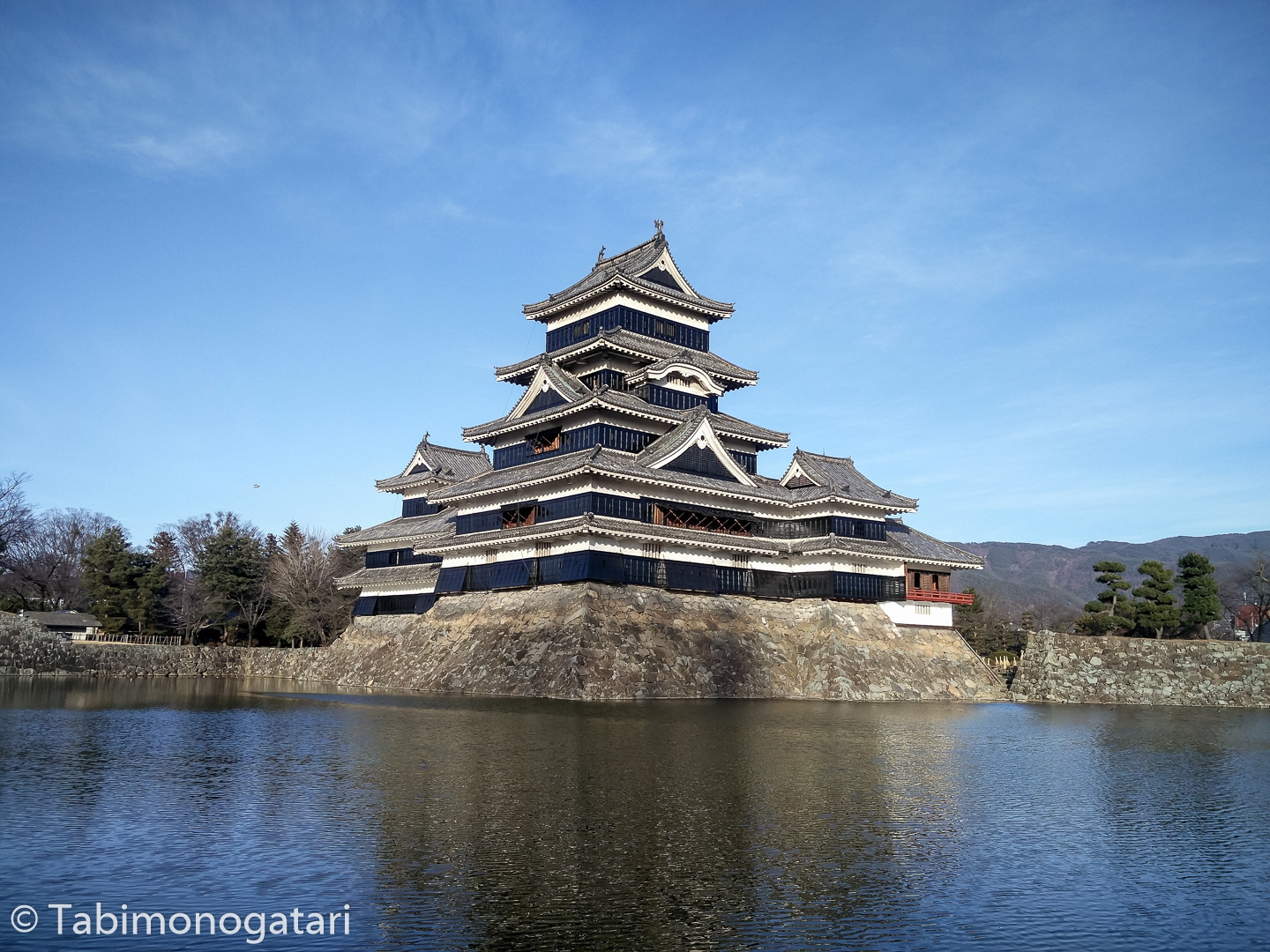 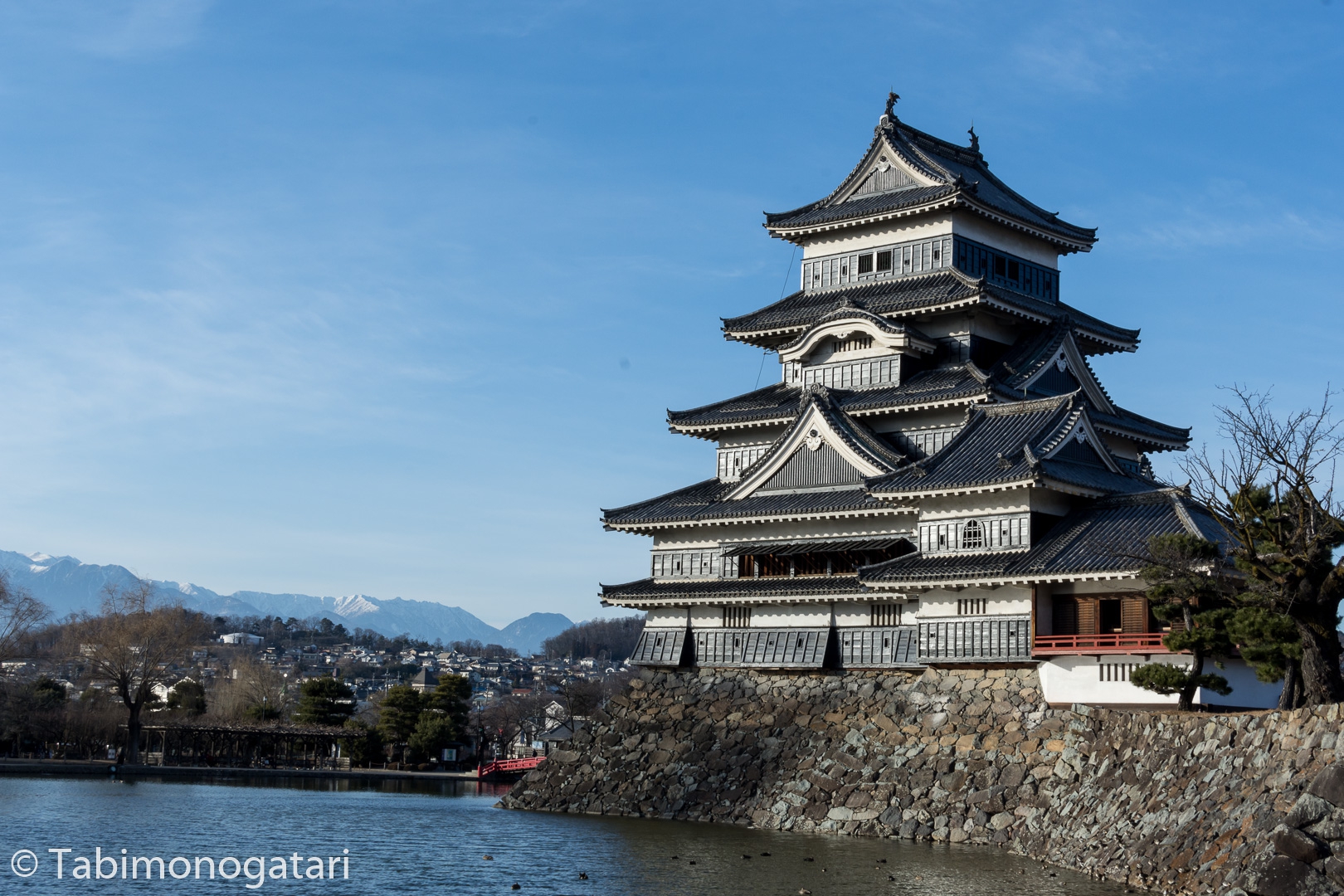 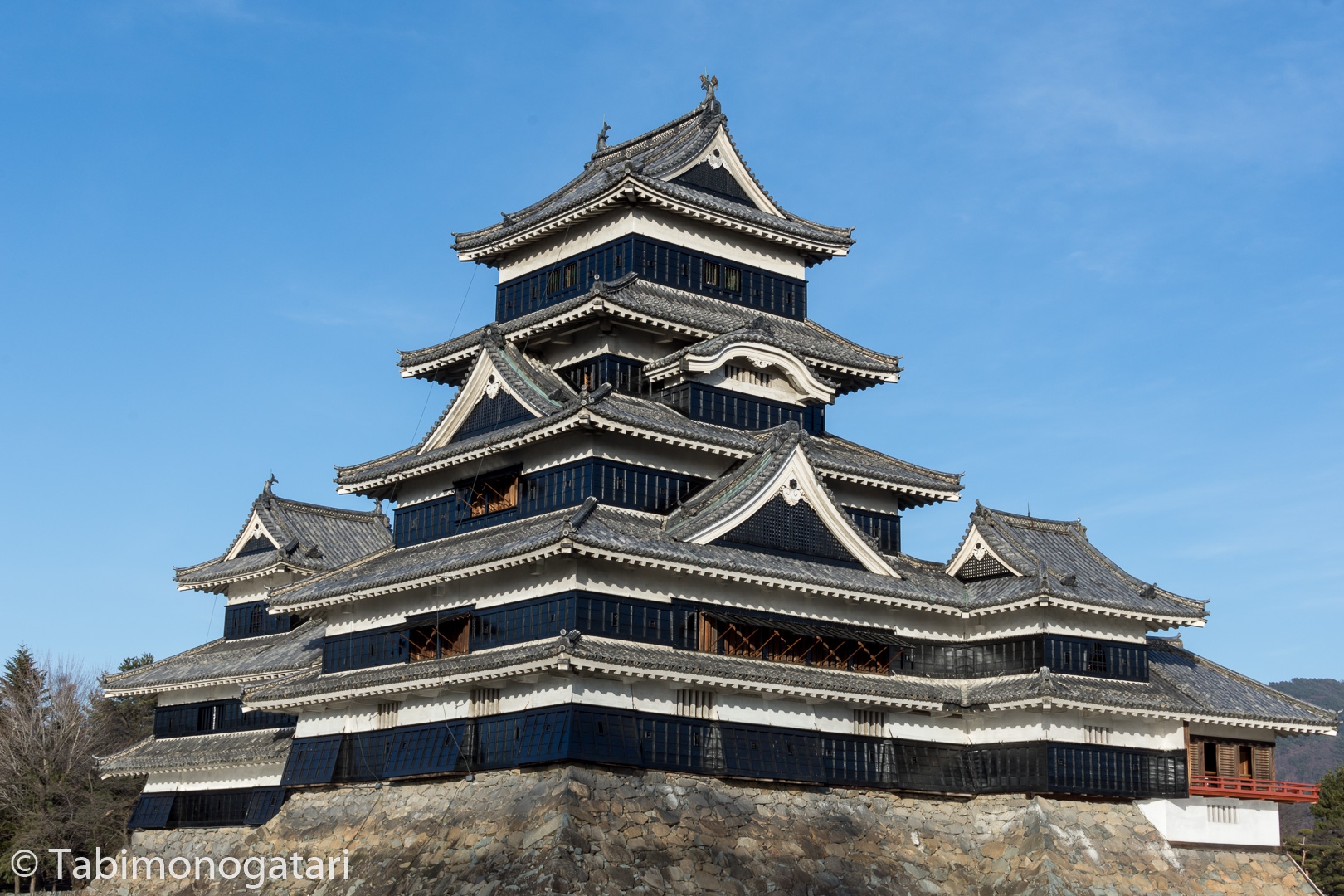 The castle is completely made out of wood; therefore it was considerably cold inside as there were no windows. Following the steep and narrow stairs to the top floor was rewarded with a view over the city in all four directions. 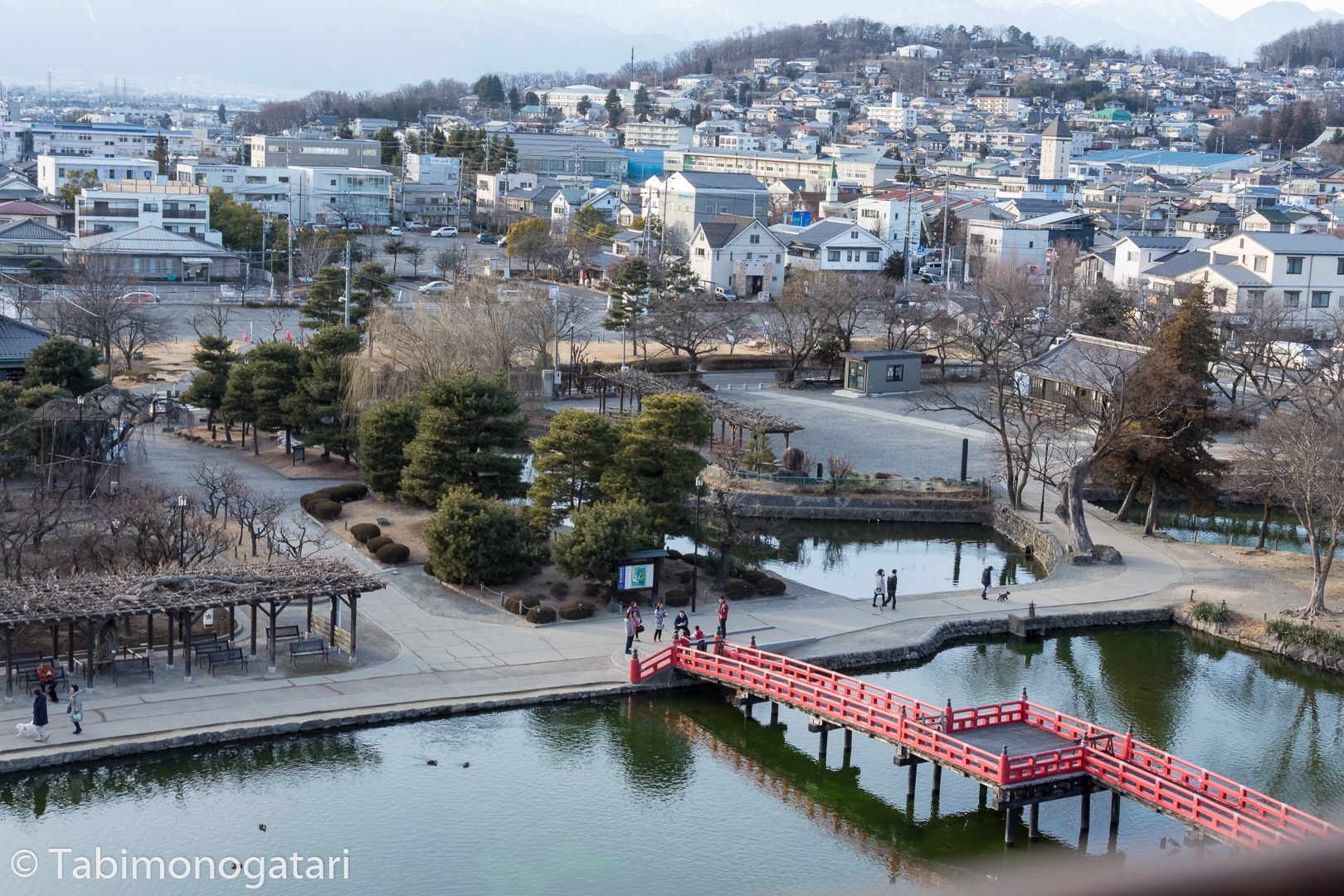 When I left I saw three girls dressed up in Kimonos posing with the castle in the background. The reason is tomorrow’s holiday: Seijin no hi or Coming of Age Day. On this day everybody who turned 20 and became a legal adult in the last year dresses up in kimonos and suits and celebrate. My guess is that they wanted to take a nice picture before it becomes crowded tomorrow. 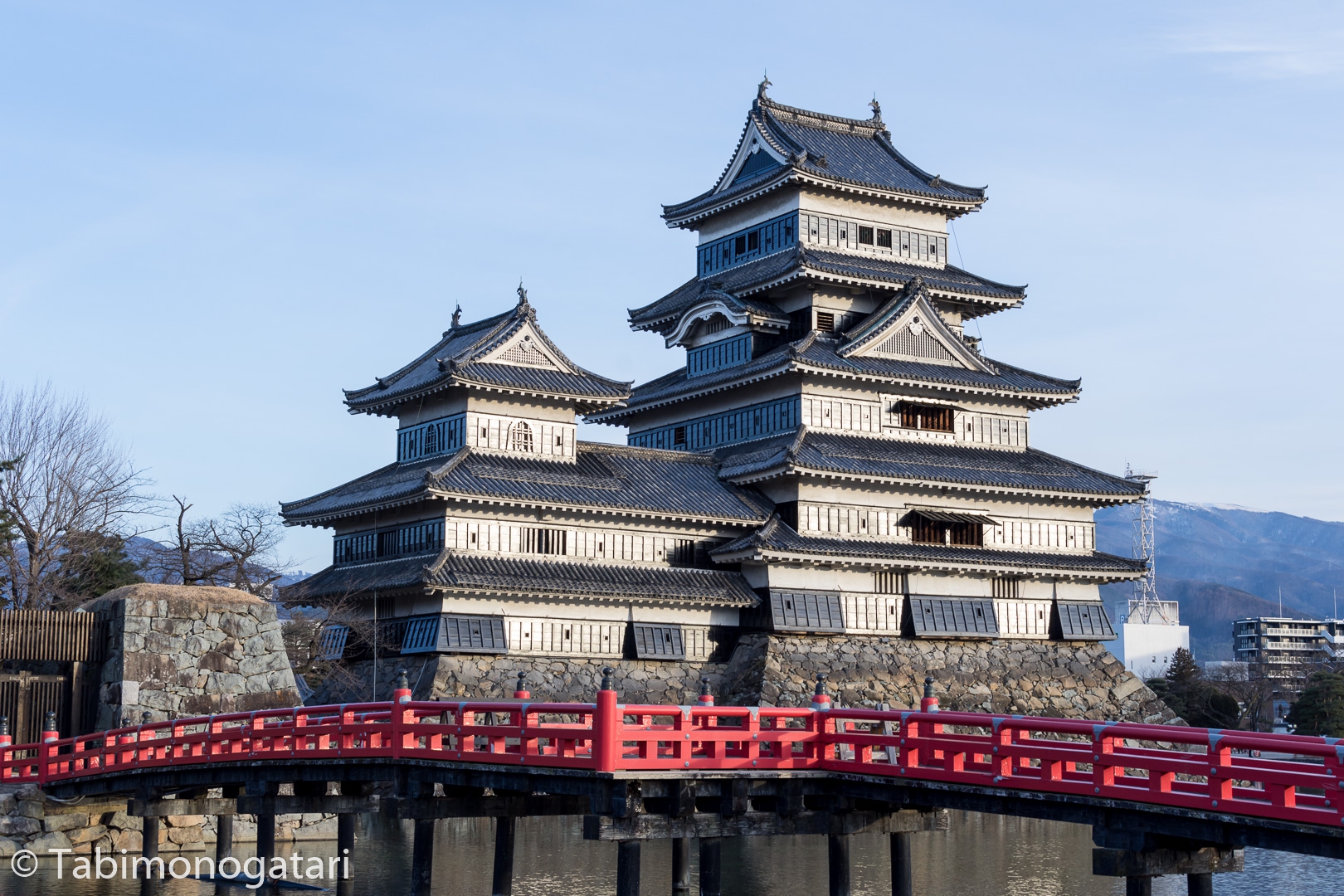 On the way back I strolled through the shopping street alongside the river, had a Taiyaki filled with apple sauce and visited the local shrine. Did I mention that apples are also considered part of the local cuisine? The local KitKat flavor is indeed not Wasabi (that is coming from Shizuoka) but apples (Aomori is also famous for them). 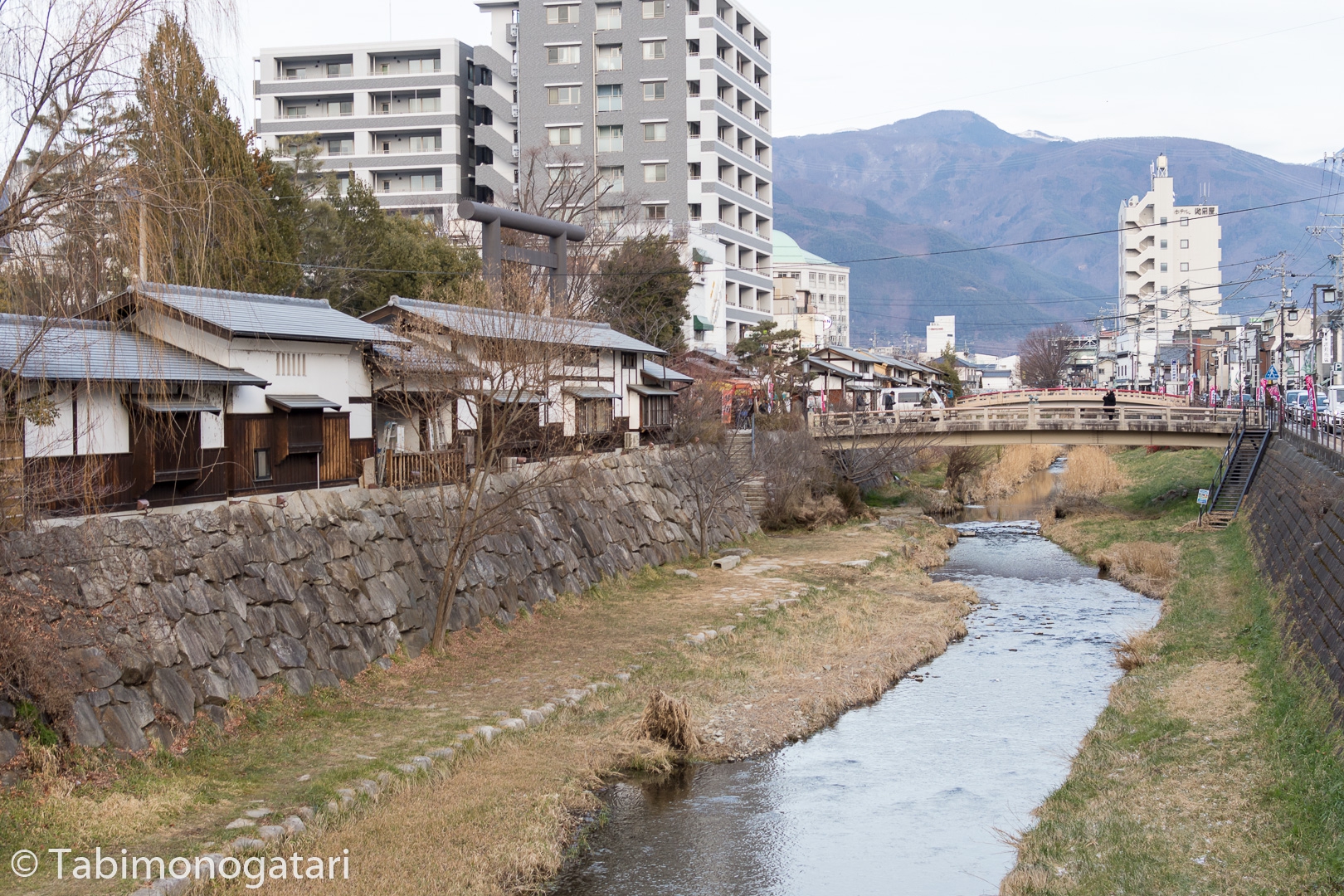 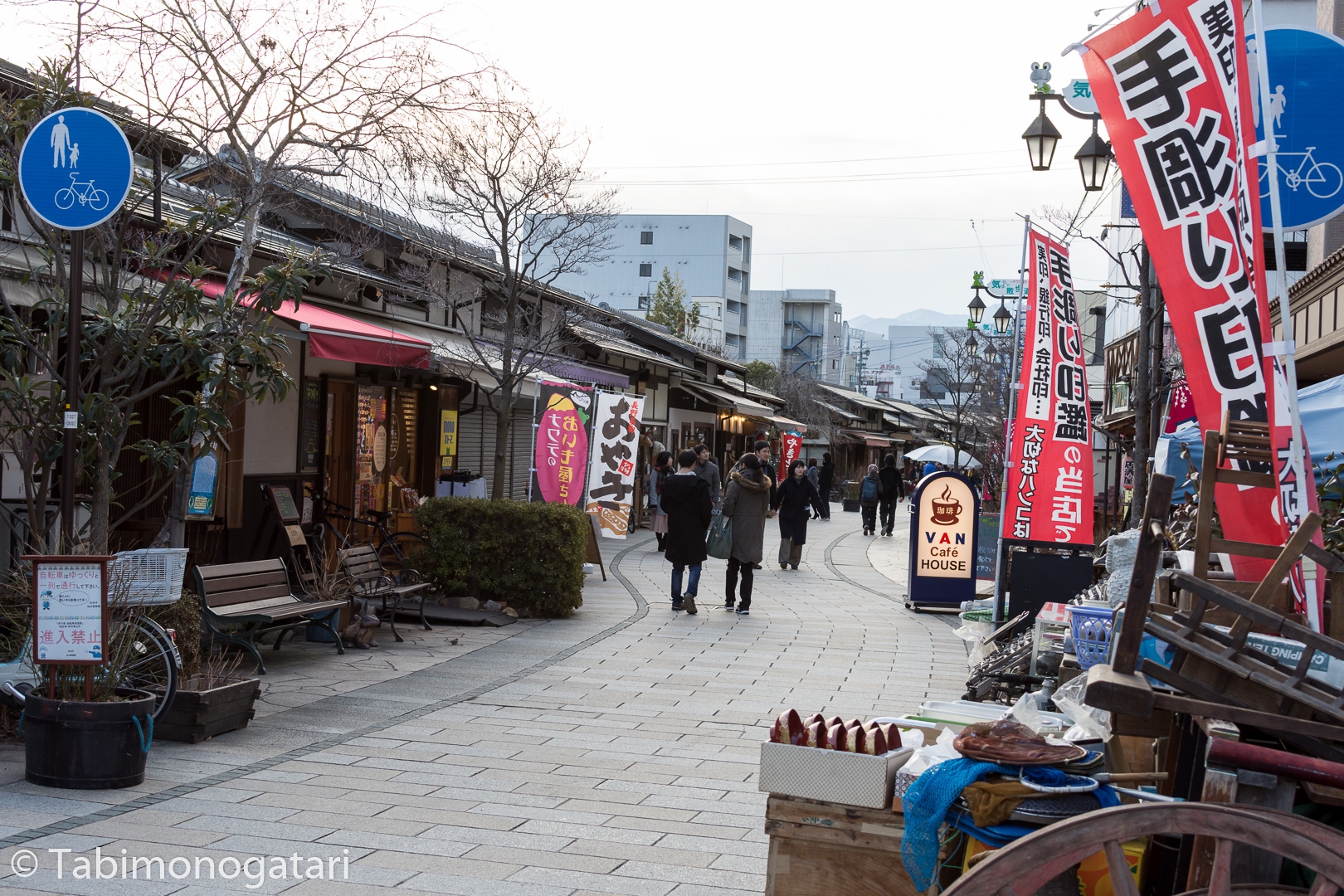 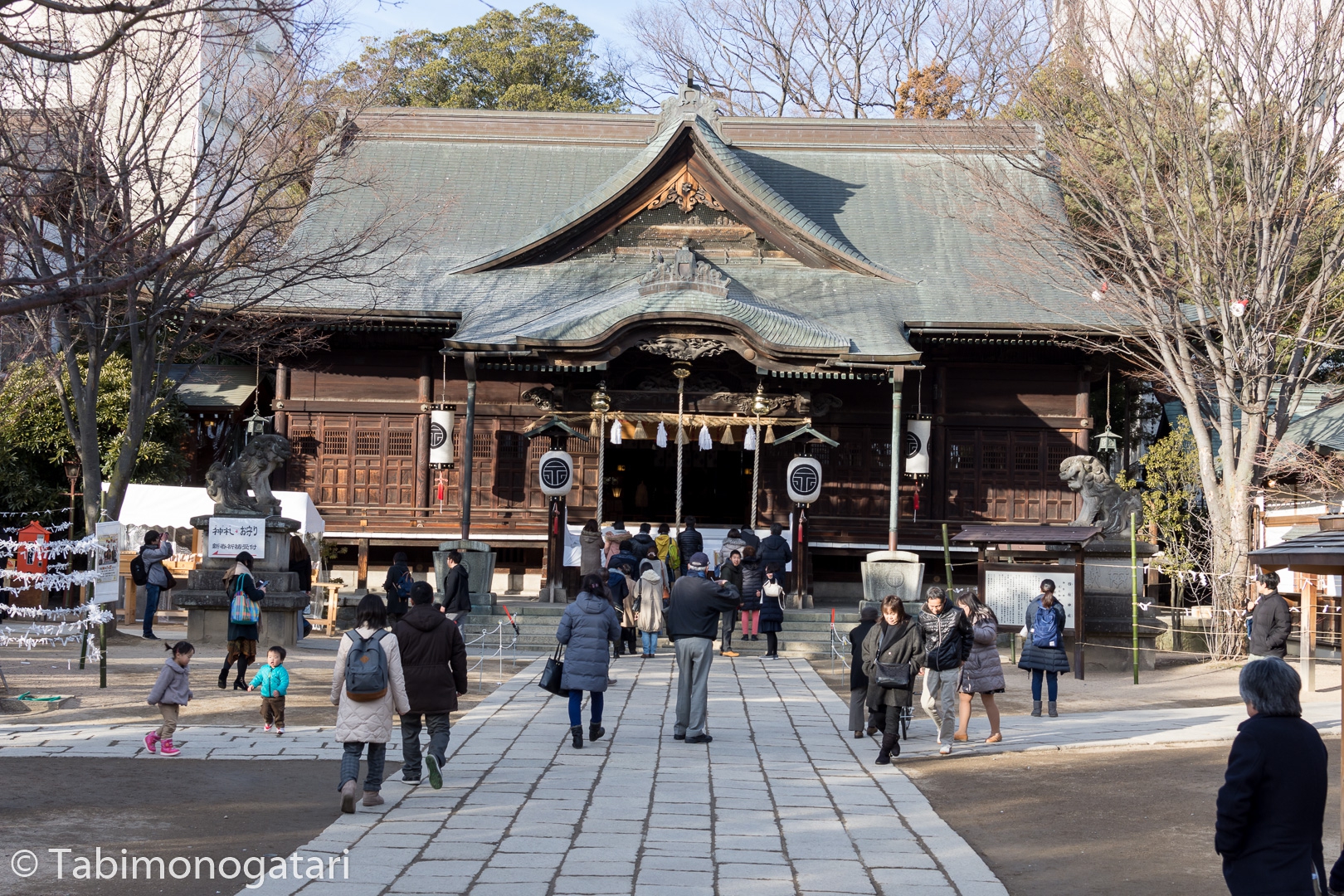 With the Shinano express I returned to Nagano, dropped of my backpack and went to the local cinema to watch the Chunibyô demo koi ga shitai anime film that started screening yesterday. To my surprise the theater showed a fifty minute recording of the premiere event with the voice actresses and the director prior to the screening. On the way back I bought some snacks, as it was late already and I had plenty of things to eat during the day.