Located between the mountains and the coast, Kanazawa combines many opposites, which are reflected in its architecture, the cuisine and the culture. When I first visited the city in 2014, I liked it so much that I wanted to return on the next opportunity. While it was raining for during the whole day, I made the most out of it.

To have most of the day I left Nagano at 8:45 with the Kagayaki, the fastest Shinkansen who connects Nagano and Kanazawa in just an hour which looking at the map this impressed me a lot. In 2014, it took me quite some time to reach Kanazawa, but thanks to the Hokuriku line tourism has flourished. 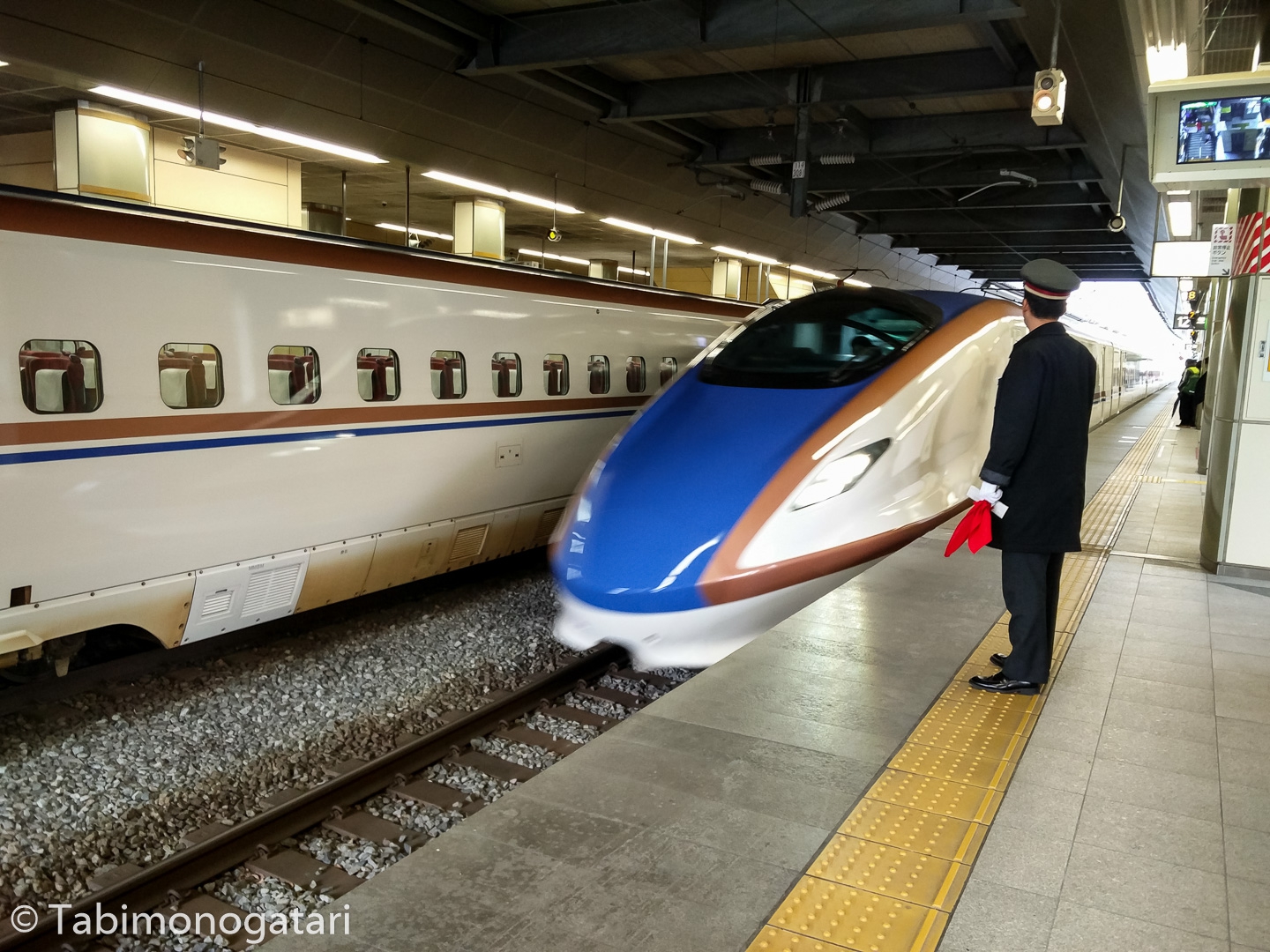 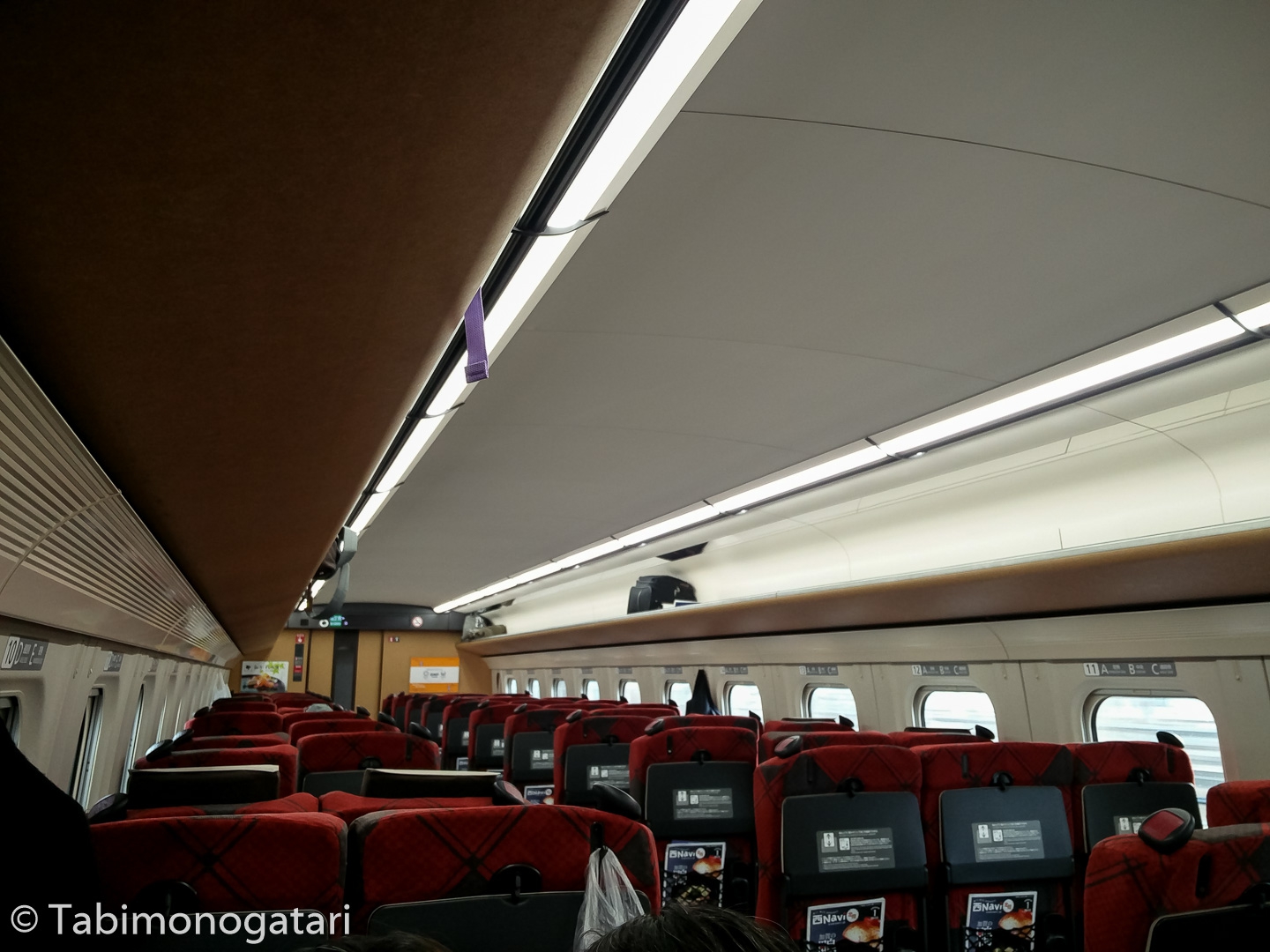 The landscape just rushed past, so I could not see much of the Korbe gorge I originally wanted to visit today until I found out that it is inaccessible during Winter. 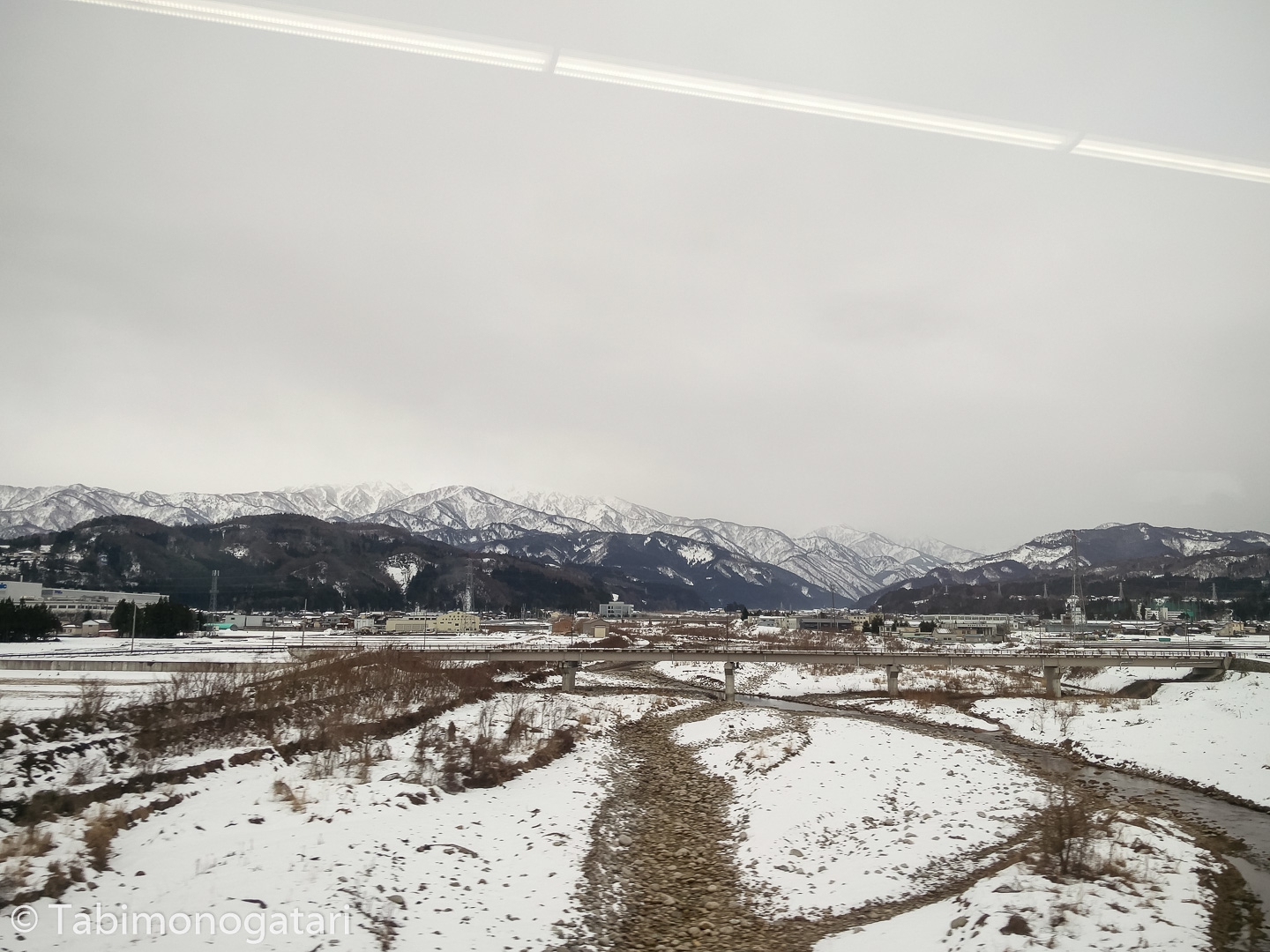 The hotel I booked was just two minutes away from the station; the accessibility was the main argument for booking it. At 10 o’clock I deposited my suitcase and explored the department store inside the station.

Today it was raining the whole day and tomorrow’s forecast looked similar. In hindsight, I was very lucky with the sunny weather I had in the previous days. 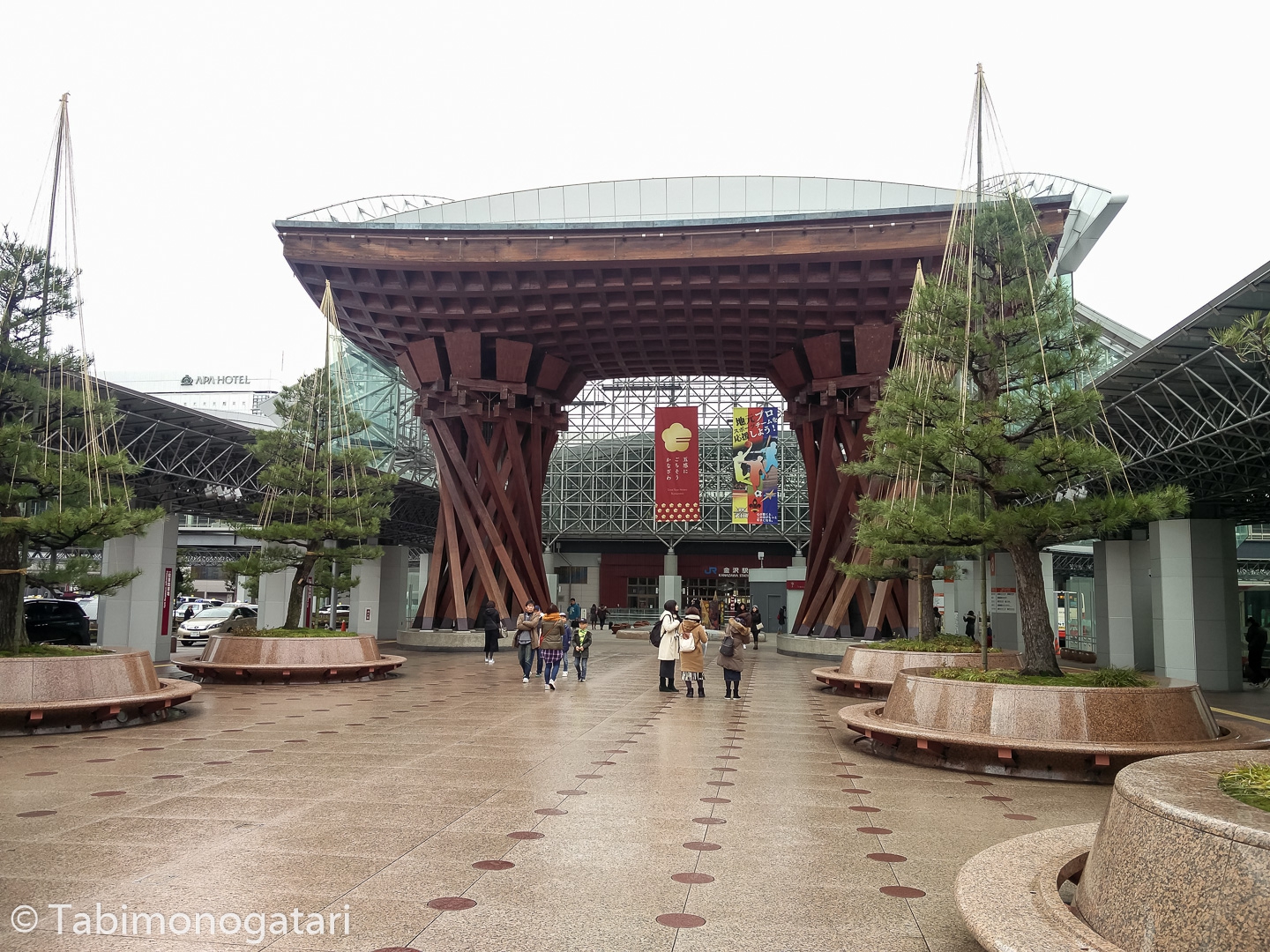 Kanazawa’s sights are far spread over the city and far from the station, so exploring the city by walking is difficult. Last time’s experience with riding a bike was very positive, so I decided to rent a bike again.

The company machi-nori offers rental bikes at a very affordable 200 yen a day, if you play by their rules. The system is station-based and riding a bike for more than 30 minutes a time incurs extra charges. Being careful I avoided the additional fares which makes it a great deal. The bikes are quite simple with three gears and have a fixed basket at the front. I found the maximum seat height a bit lacking and the brakes were too soft for my taste. The rain made cycling more challenging, but it worked out for me.

The first stop was Omicho Market, the local fish market that rivals Tsukiji in it’s freshness of seafood. The market is open to the public unlike it’s big brother in Tokyo and also sells in household sizes.

Some merchants offer to prepare the fresh seafood on the spot to enjoy it in the back of their stall. The local speciality that stood out a lot was the snow crab, that is in season right now. I bought two skewers of grilled squid and eel which tasted delicious. 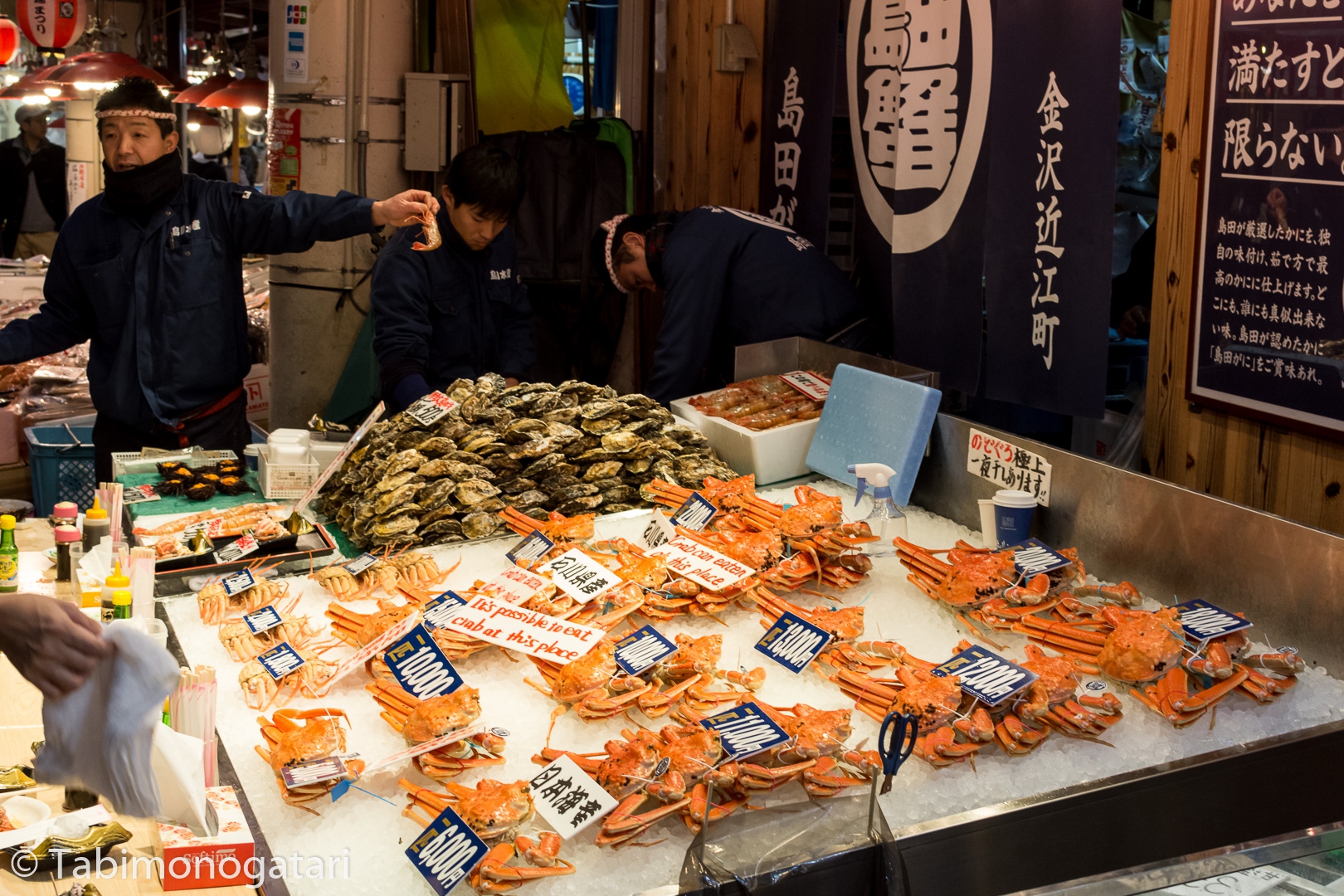 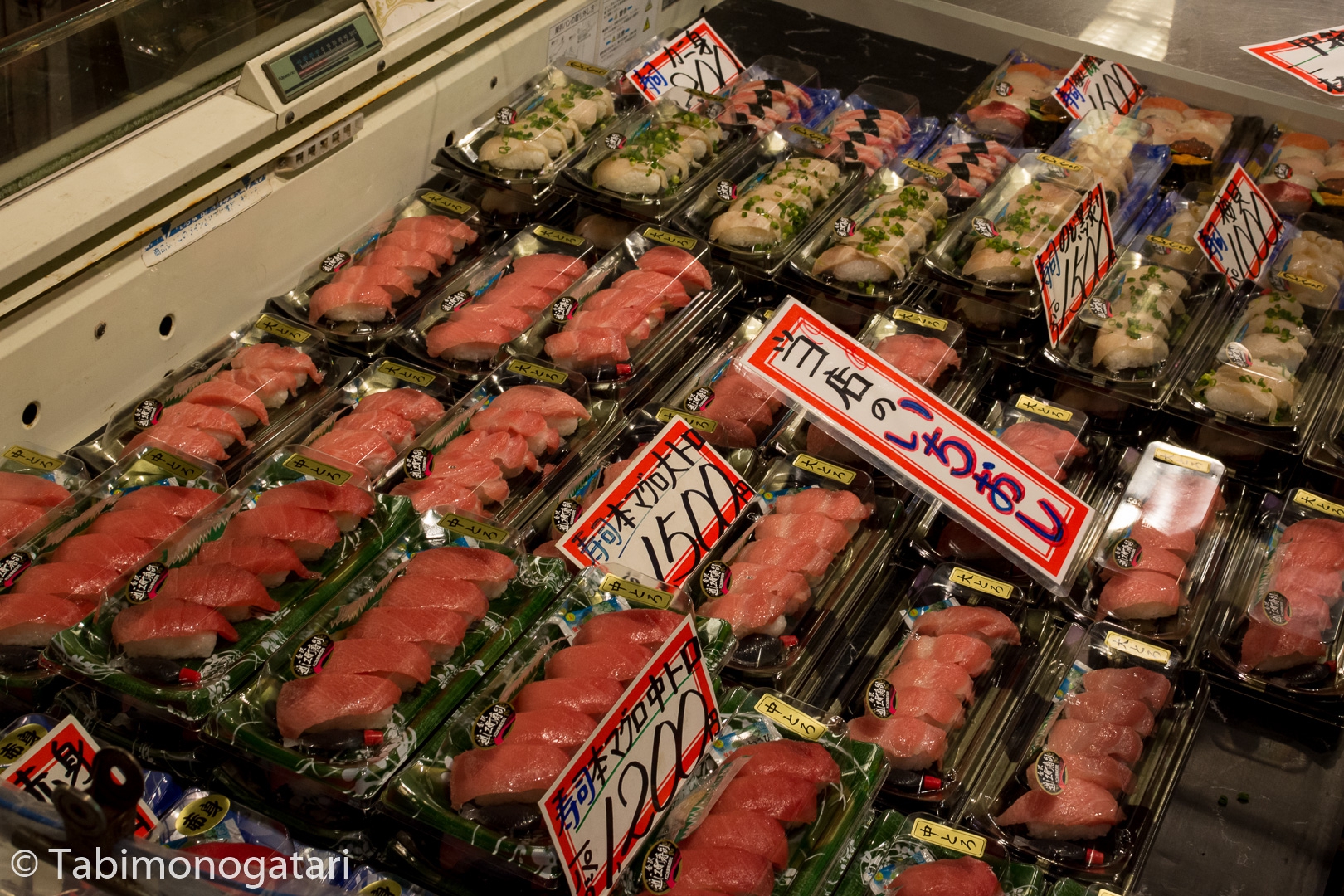 While I wanted to eat sushi for lunch, I left the market in favor of Janome-sushi, a counter sushi restaurant that was recommended to me.

In the eight-seat restaurant I asked for an omakase set, which means that the sushi chef decides himself which pieces he serves for a set price of 3000 yen. I was happy with his selection containing two types of tuna, salmon, squid, and many more, as well as a miso soup. 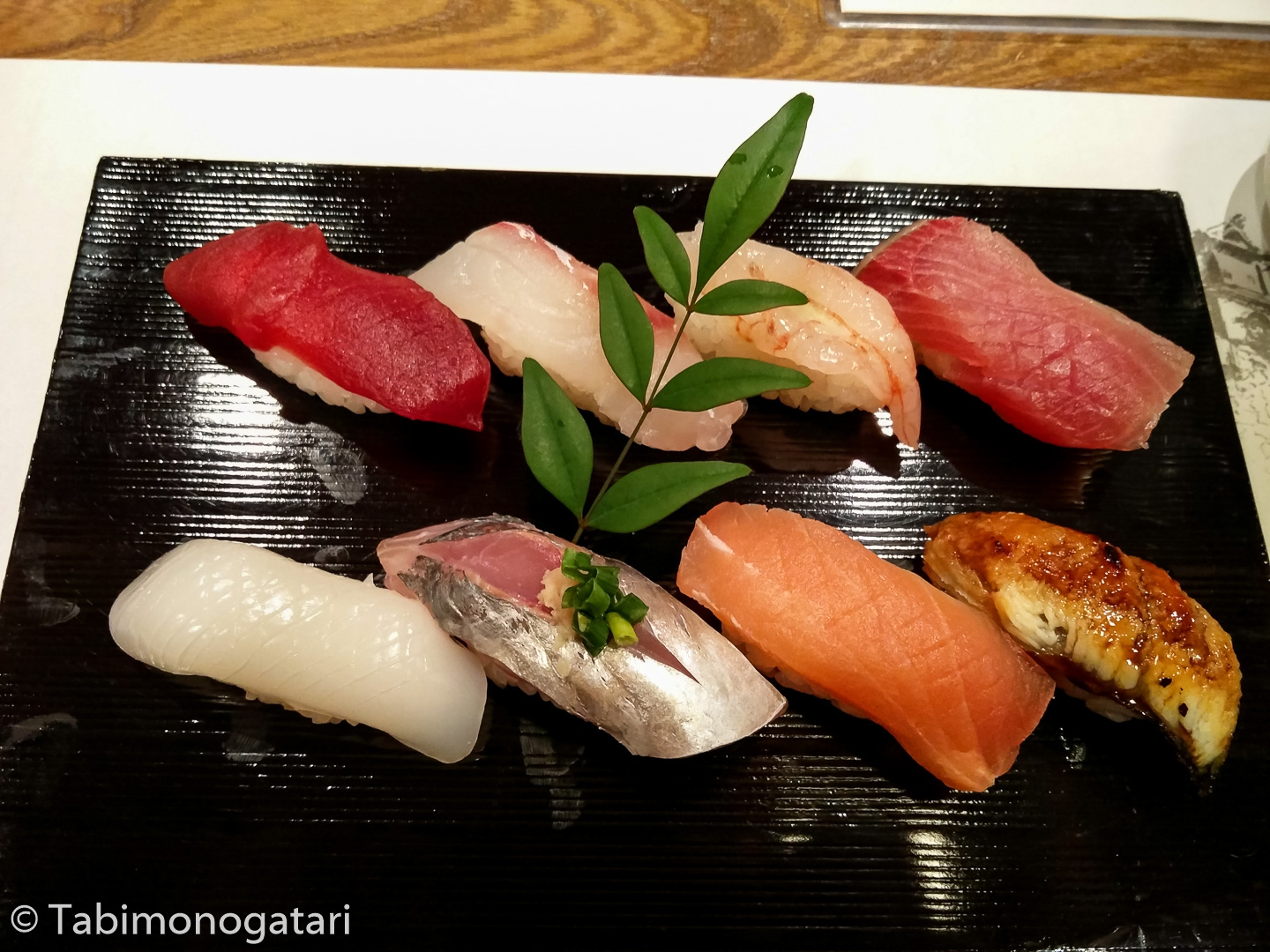 Afterwards I ordered a piece of uni (sea urchin) which was just delicious. Also I was happy with the vegetarian shiso maki.

From there it was a short walk to the 21st Century Museum of Contemporary Art, that is worth seeing, also on good weather. The two exhibits showing works from elementary schoolers impressed me. 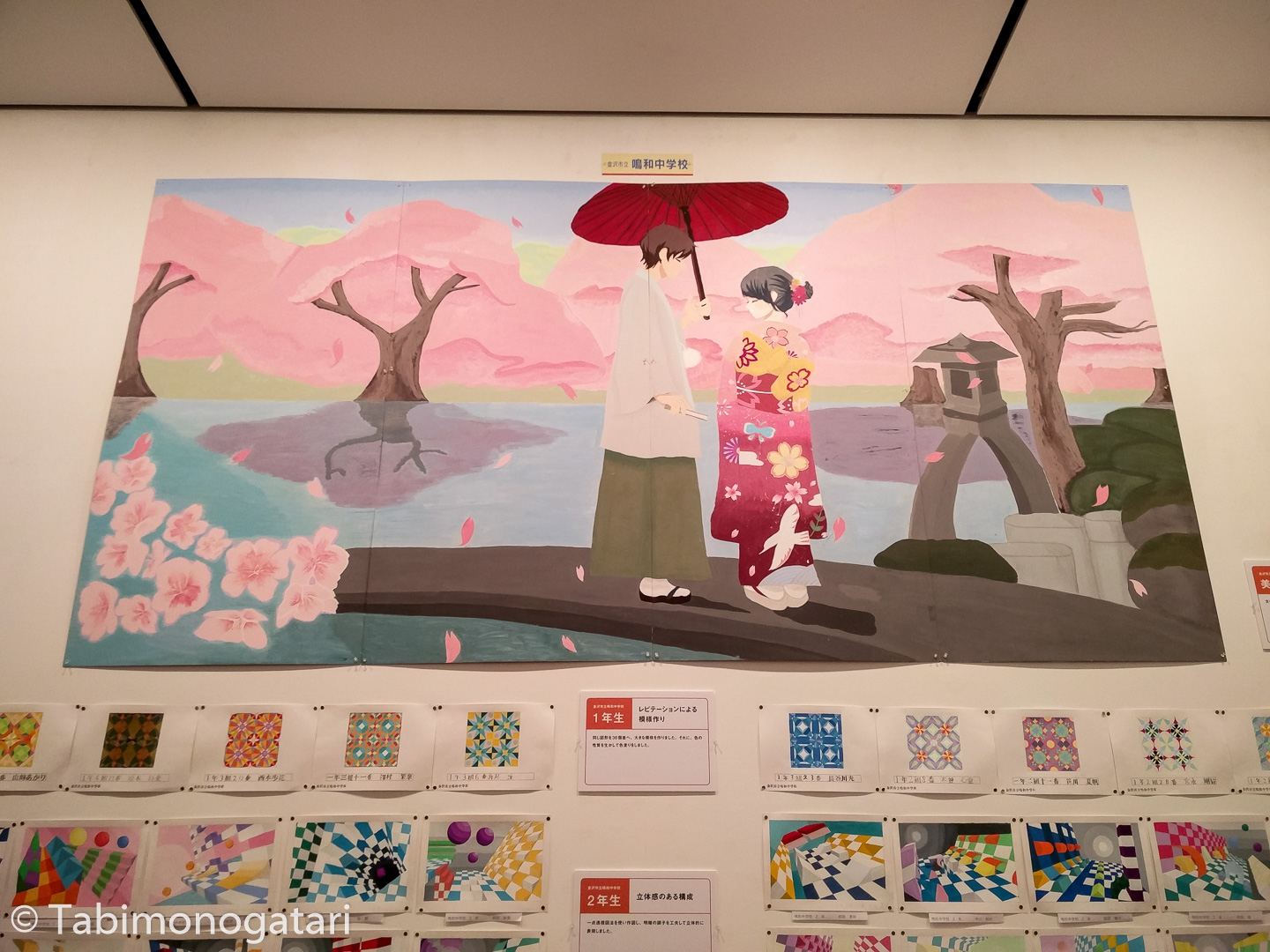 Next I visited the lovely café FULL OF BEANS where I spent some time to plan today and tomorrow together with a dessert and coffee. 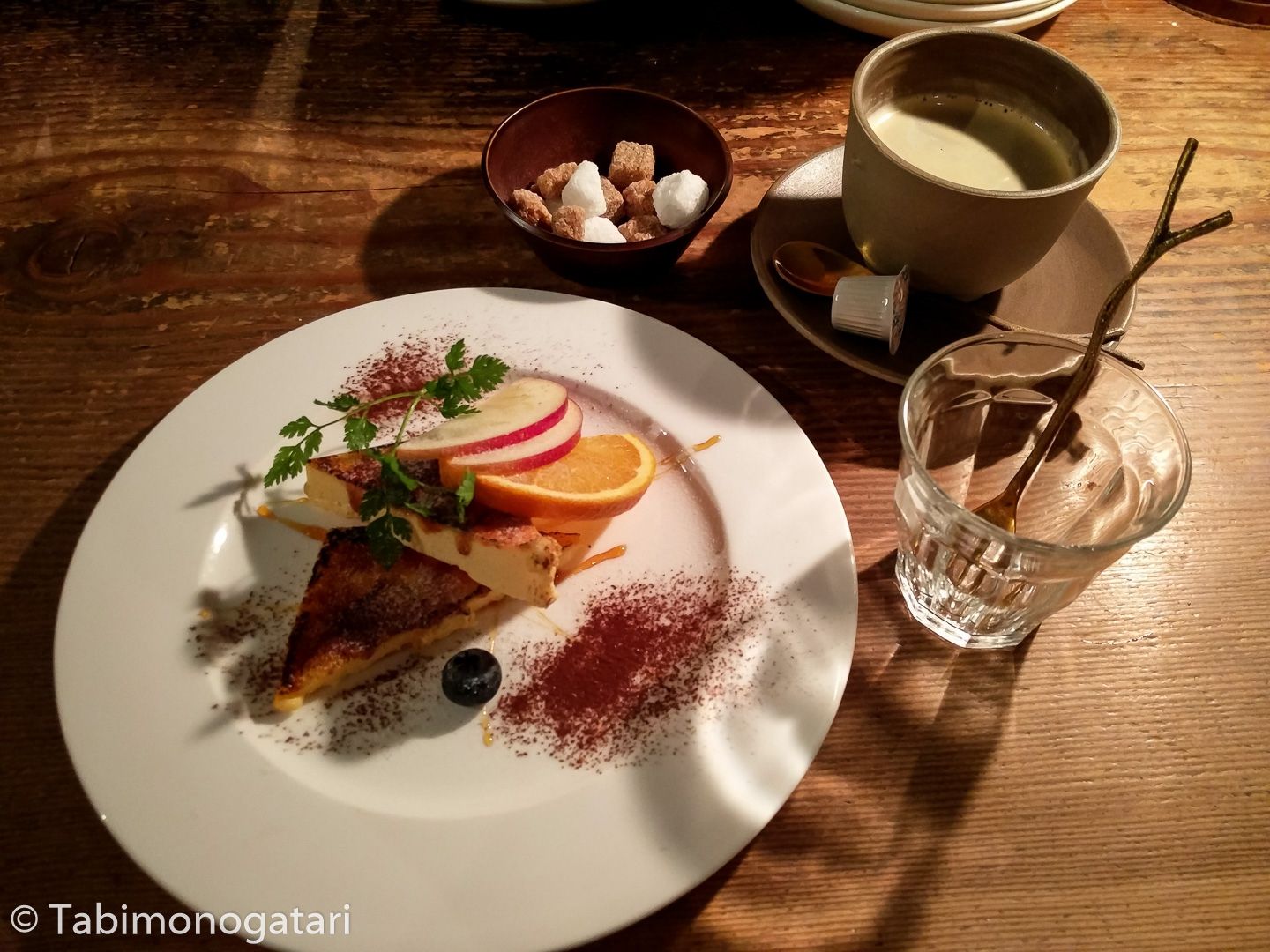 When it stopped raining for a moment, I cycled to the Higashi Chaya district, a well-preserved historical district that rivals Kyoto. Just when I arrived it started pouring down again. Since the rain did not stop until the evening, I did not take many pictures outside. Please have a look at the ones from my last trip instead. I visited different shops selling Japanese sweets, Wajima lacquerware and gold foil containing products. At a sake shop I tried more amazake. 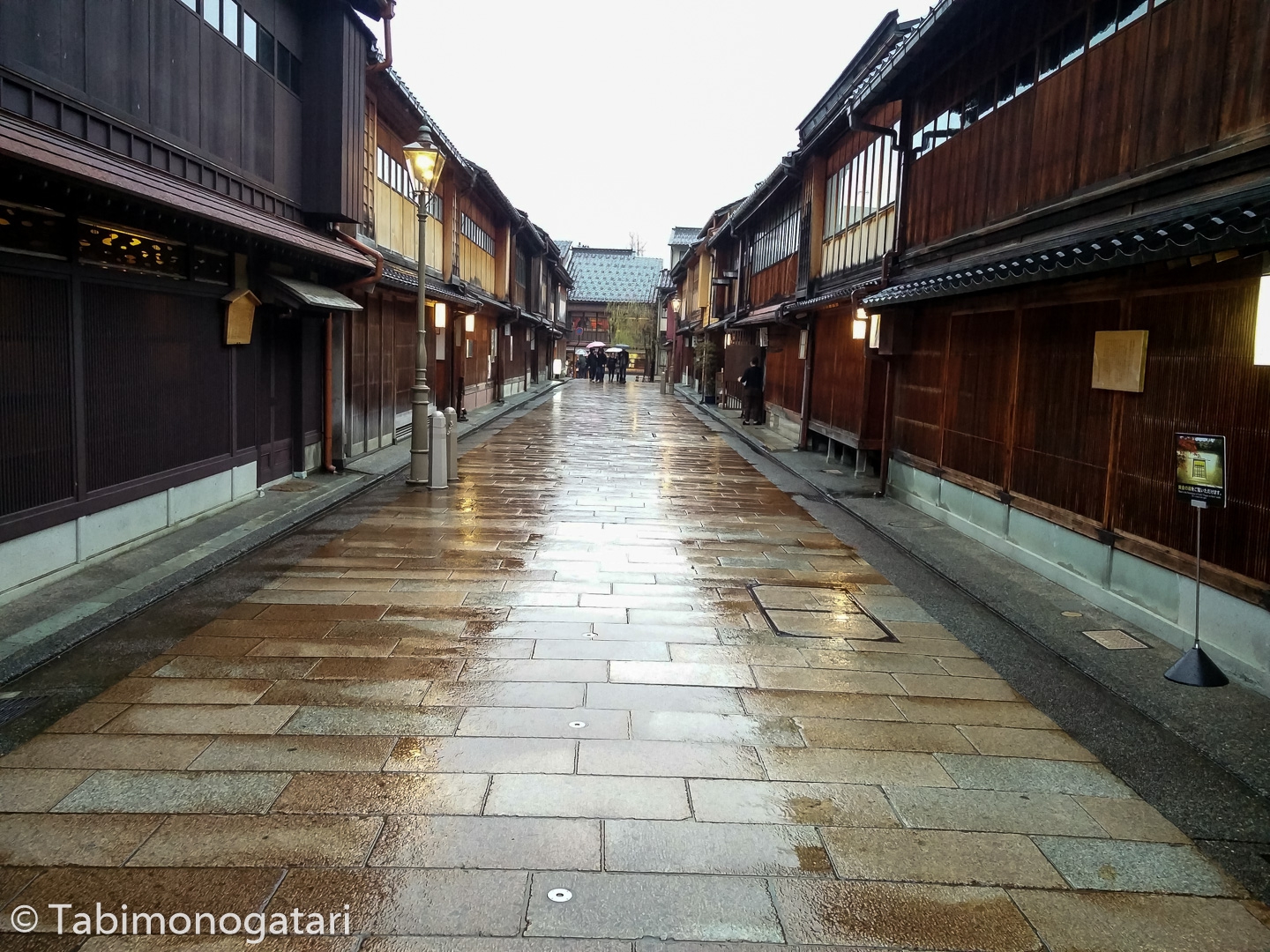 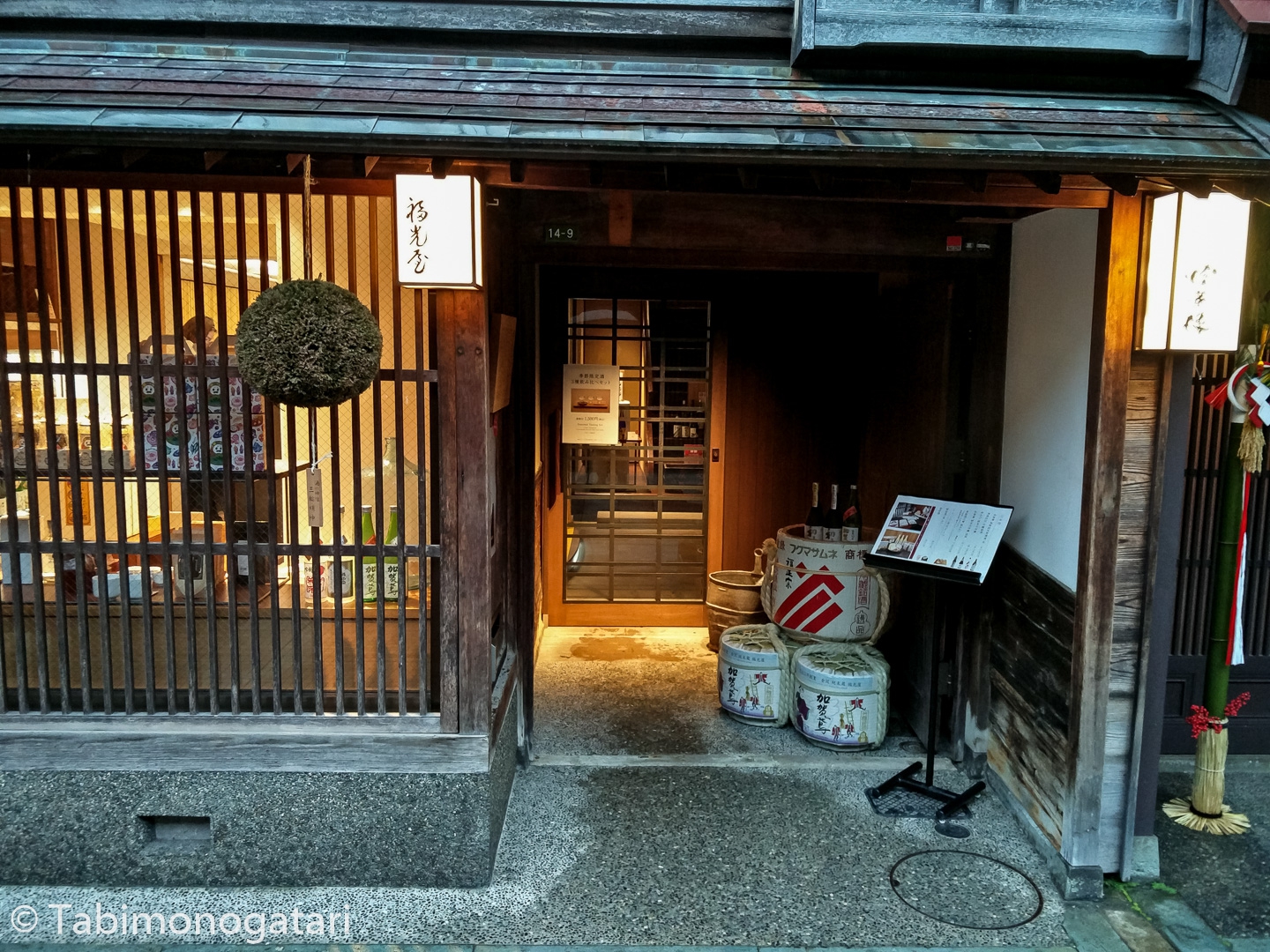 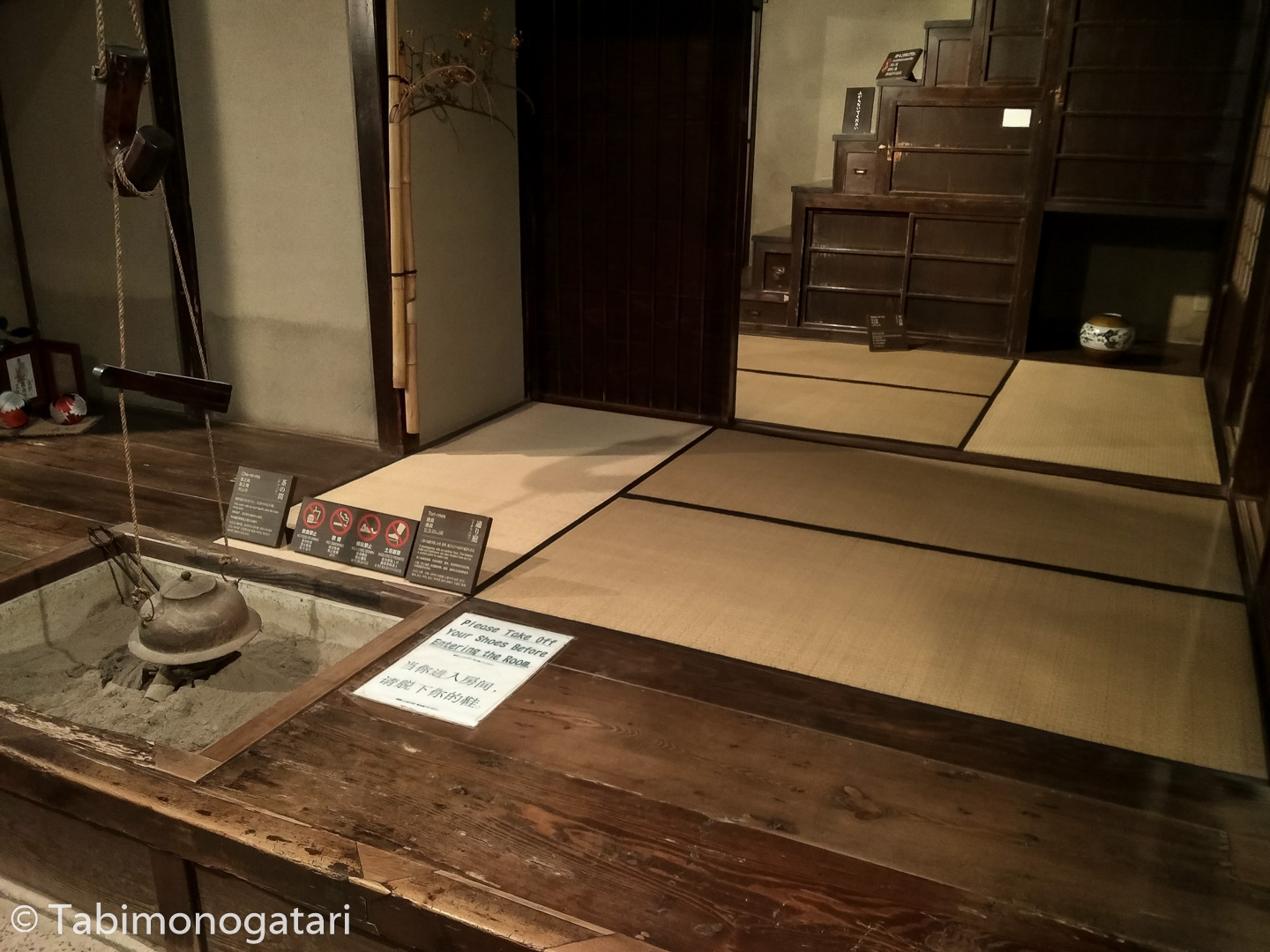 In the rain I cycled to Kenroku-en, but arrived just as the park closed. Finding the way back to the station was not easy in the rain and I drove in circles for a while until I found out where I was going. At the station I warmed up and bought some local souvenirs, before finally checking in to my hotel.

When I opened the room door I could not believe my eyes. I thought I booked just another business hotel room, but in front of me was a spacious room with wooden furniture, a big television and a large bed. When you stay at Kanazawa you might want to consider to book a room at the Mystays Premier Hotel which was 5500 yen a night for me.

Reluctantly I headed out again into the rain to have some dinner. The writer for Lonely Planet must have hated sushi as it recommends the only Chinese restaurant inside Omicho market. Still, I did not have Chinese in a while and I would have seafood again tomorrow. Anyway, the Tantanmen I ordered tasted very good and it was nice to try the Chinese original for once. The owner was very nice and I talked for a while with her. 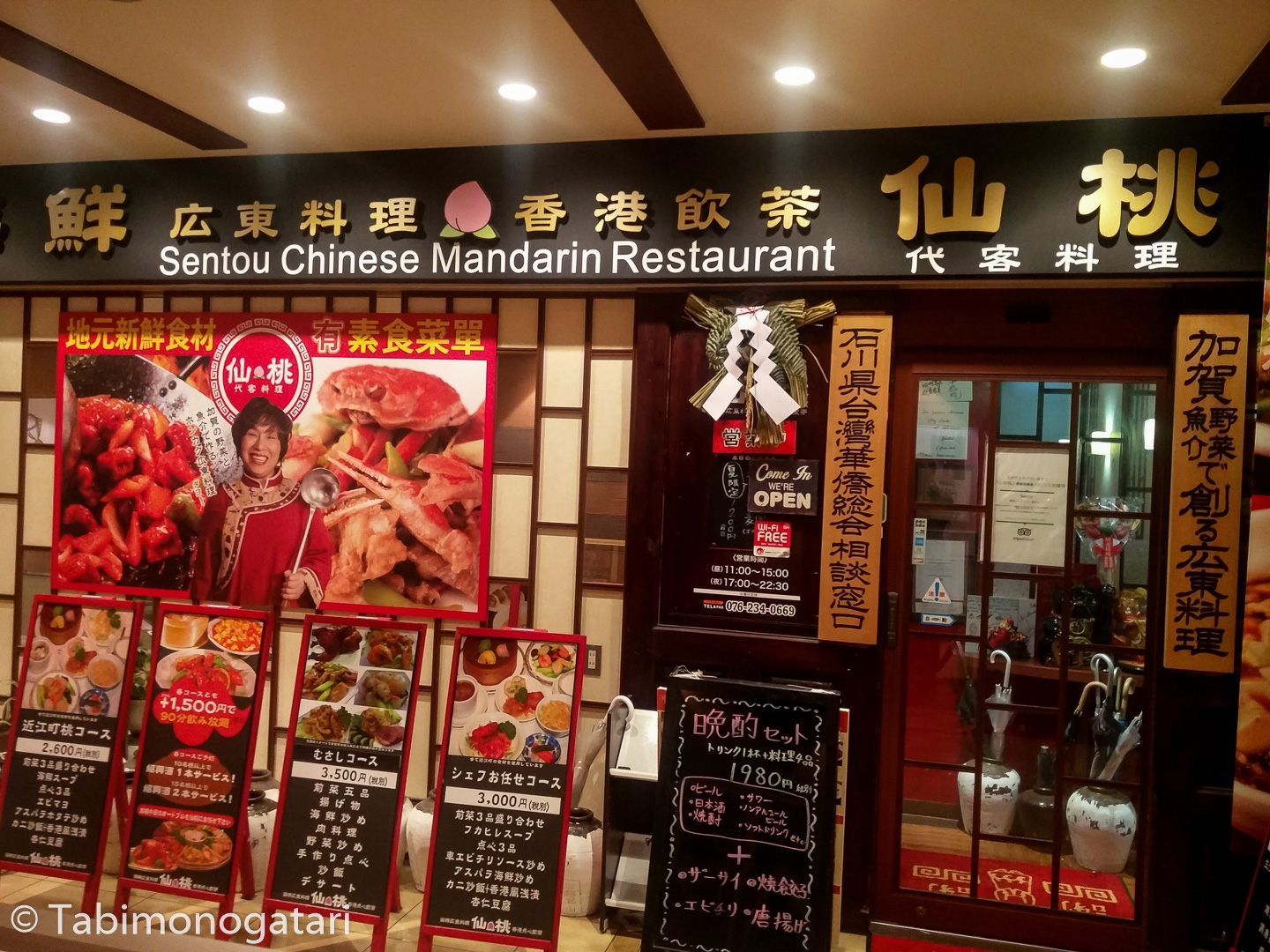 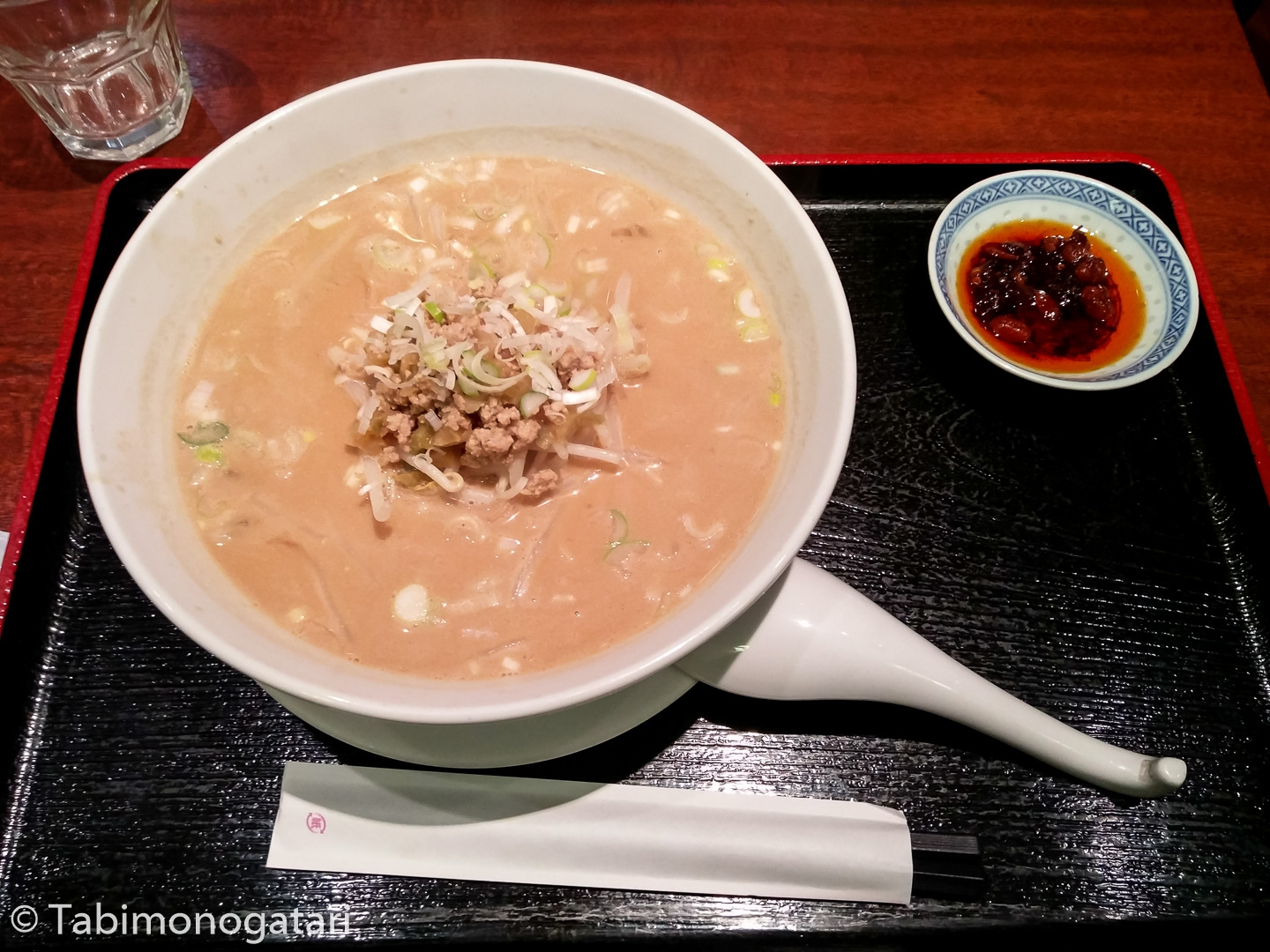 The weather does not seem to improve tomorrow, so I will explore the area a bit more.