The morning of the second day I was able to wake up well rested. Since I had no specific plans in the morning, I went out to look for breakfast first. I ended up at Sukiya, one of the three big gyudon chains where I ordered one of their signature dishes as a set with a miso soup and salad. The meals offered here are not only filling but also cheap. I recommend it a lot. 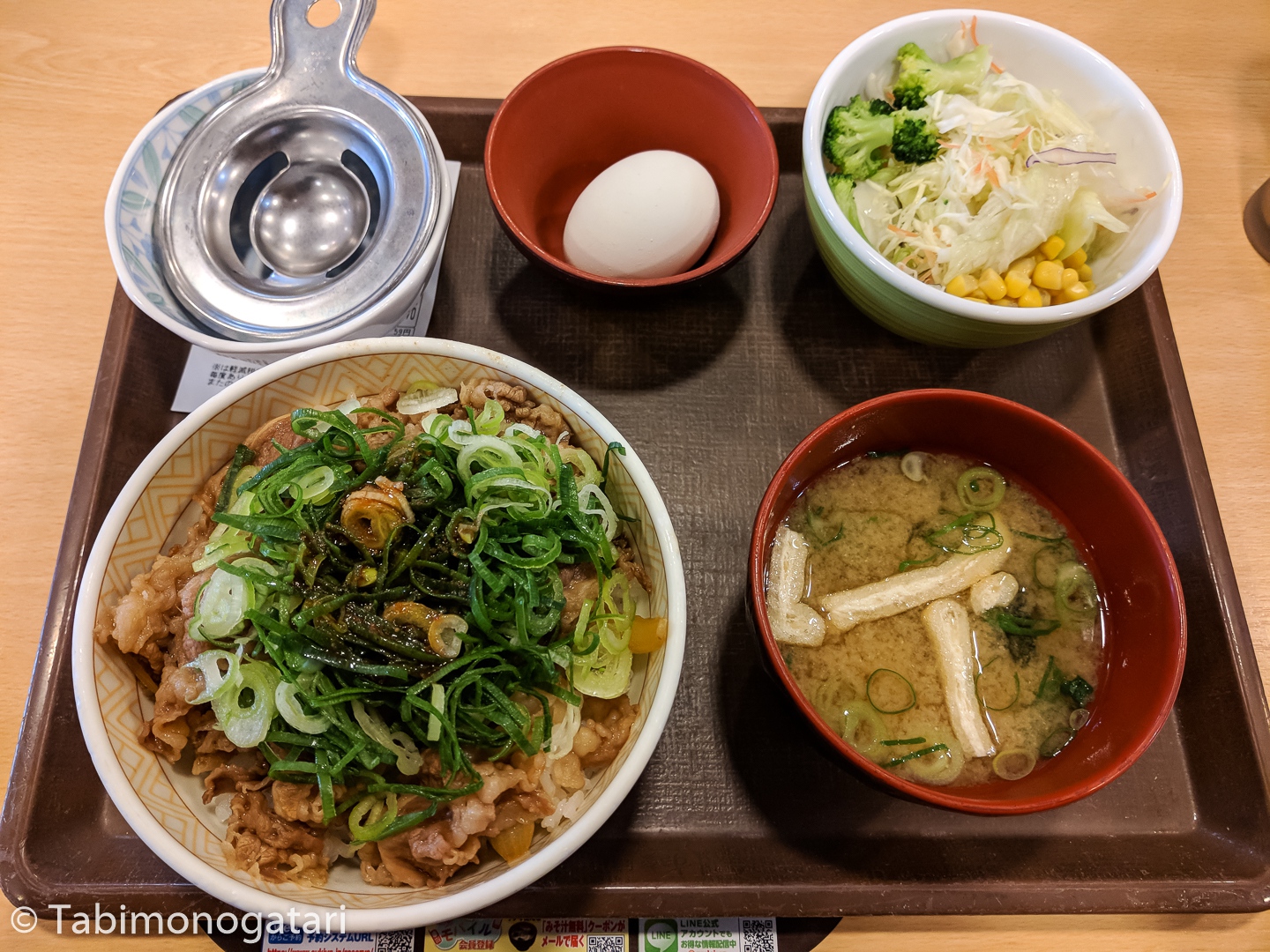 Afterwards, I went to Osaka station to activate my Japan Rail Pass. While I would not use it a lot in Osaka itself, it will become handy sooner or later when I will undertake long-distance travel.

I was looking forward to the evening, when one of the anticipated highlights of this trip happened: a concert of the band Perfume! The band just started their dome tour performing a best of selection of their career. In the past I was lucky to attend two concerts before, both abroad in Paris (2013) and in San Francisco (2016). Both shows blew me away both in terms of music and visuals and I expected today’s performance would even surpass that. 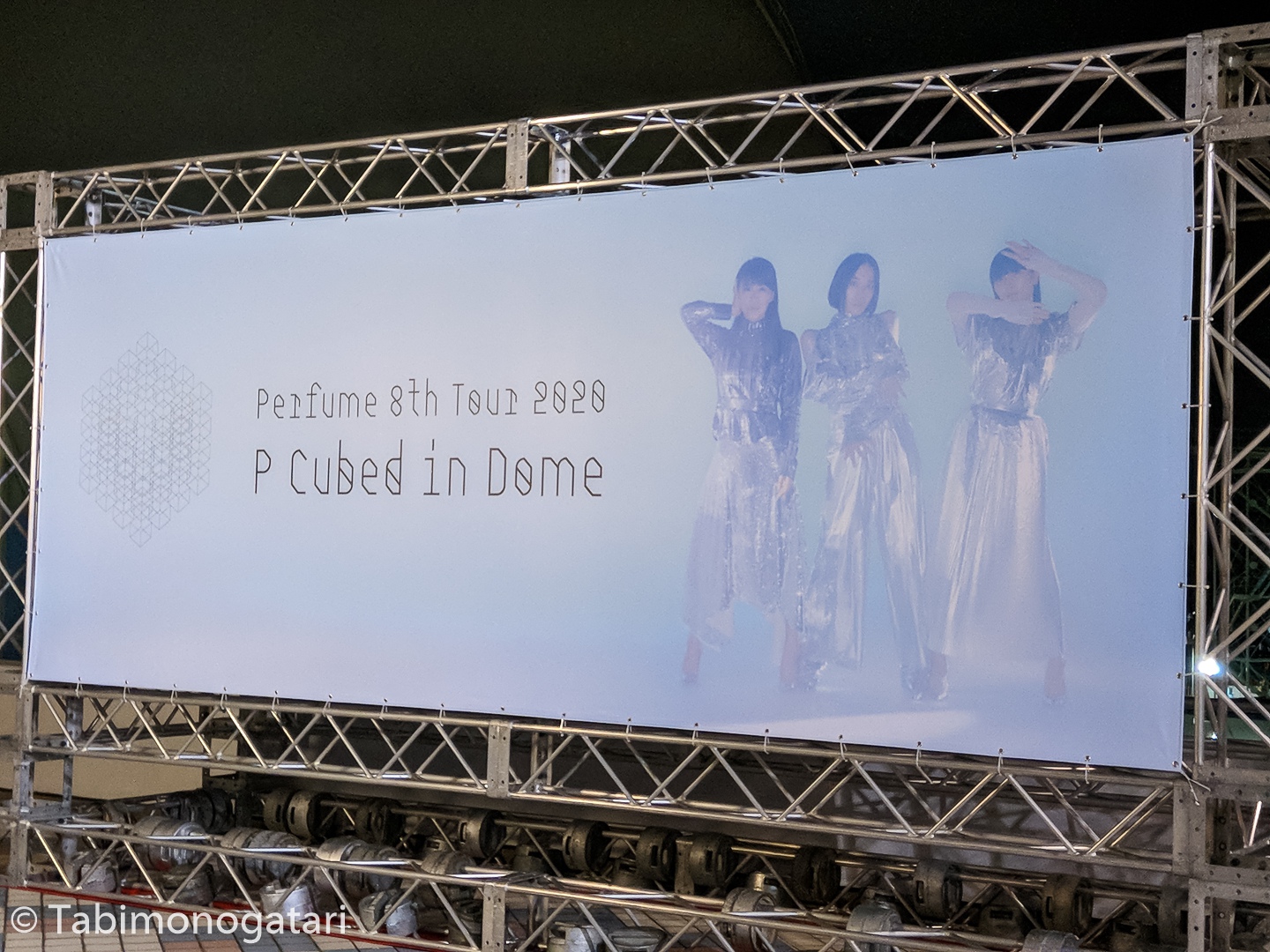 The merchandise sale began at 11 am and I thought I may be able to avoid the queue if I stop by before before the concert. This way, I would be able to leave the goods at the hotel instead of bringing them in. Indeed, when I arrived at the dome, which was a sight in itself, there was no queue. At the booth I bought a T-shirt, a calendar and a booklet. 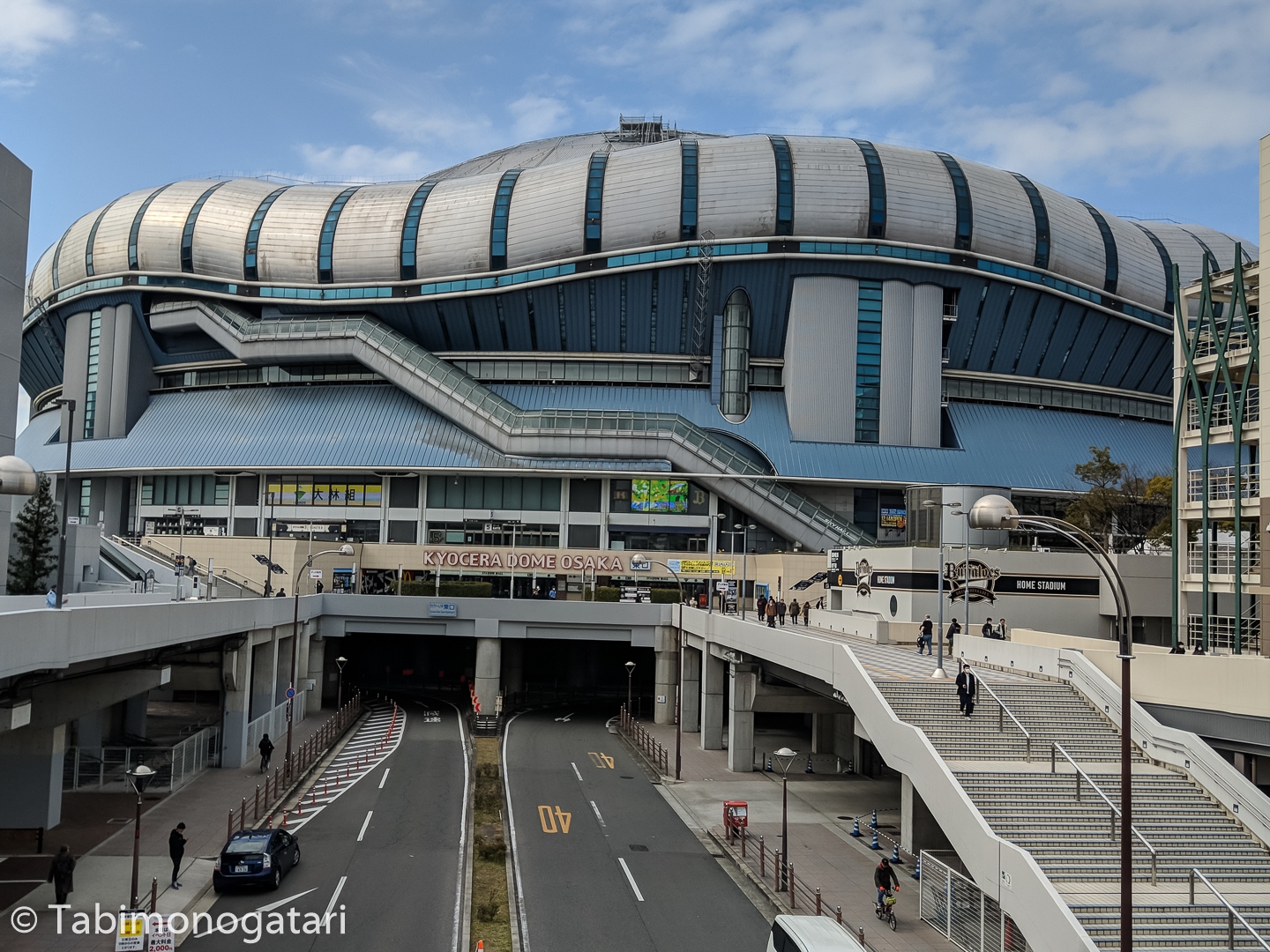 Some of the nearby shops were playing Perfume songs in anticipation of the concert, so the music could be heard even when walking by outside. This was a pretty rare sight, but I appreciated it.

On my way back I passed the Dotombori area again, now much quieter than on the evening before. 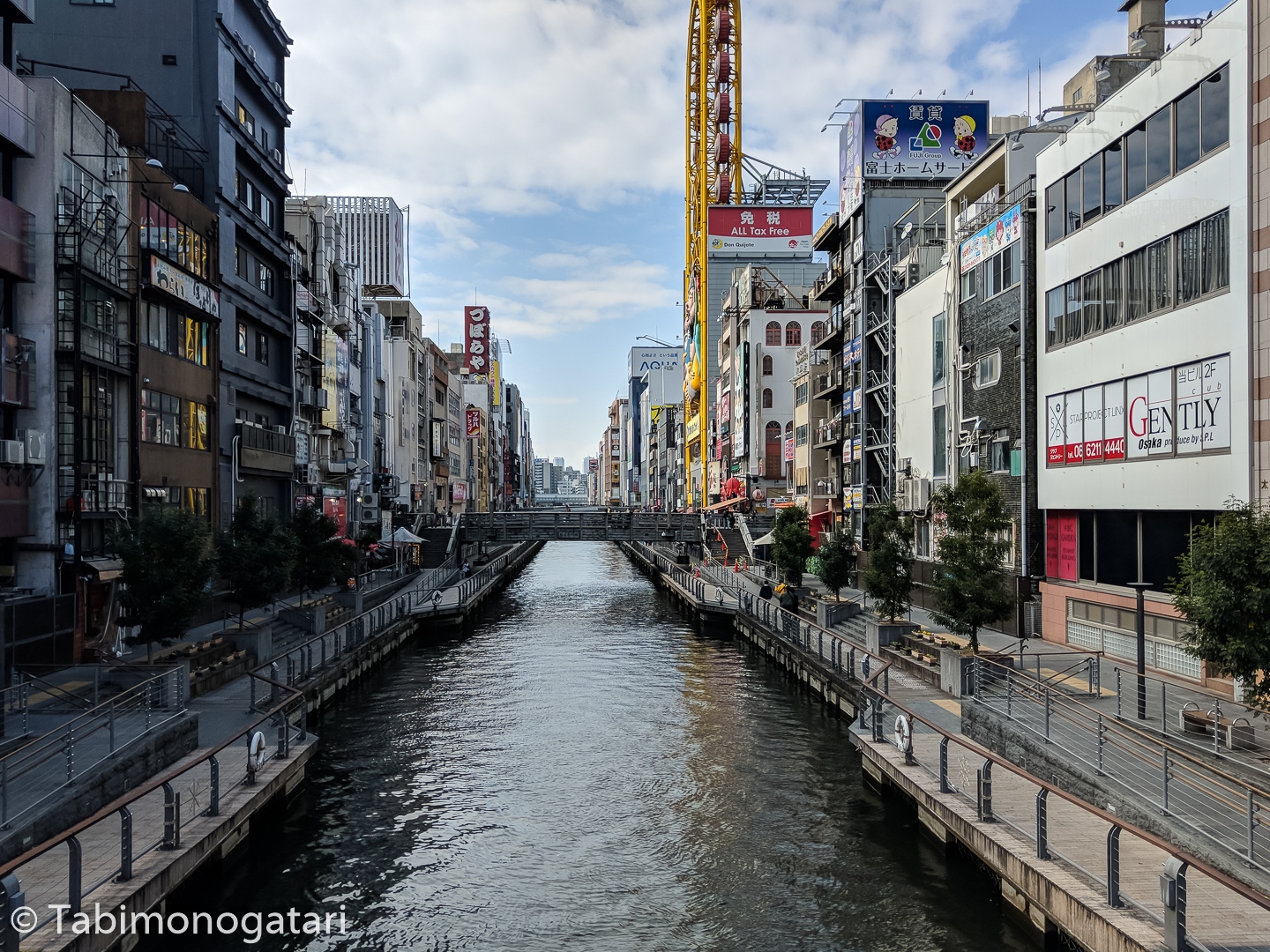 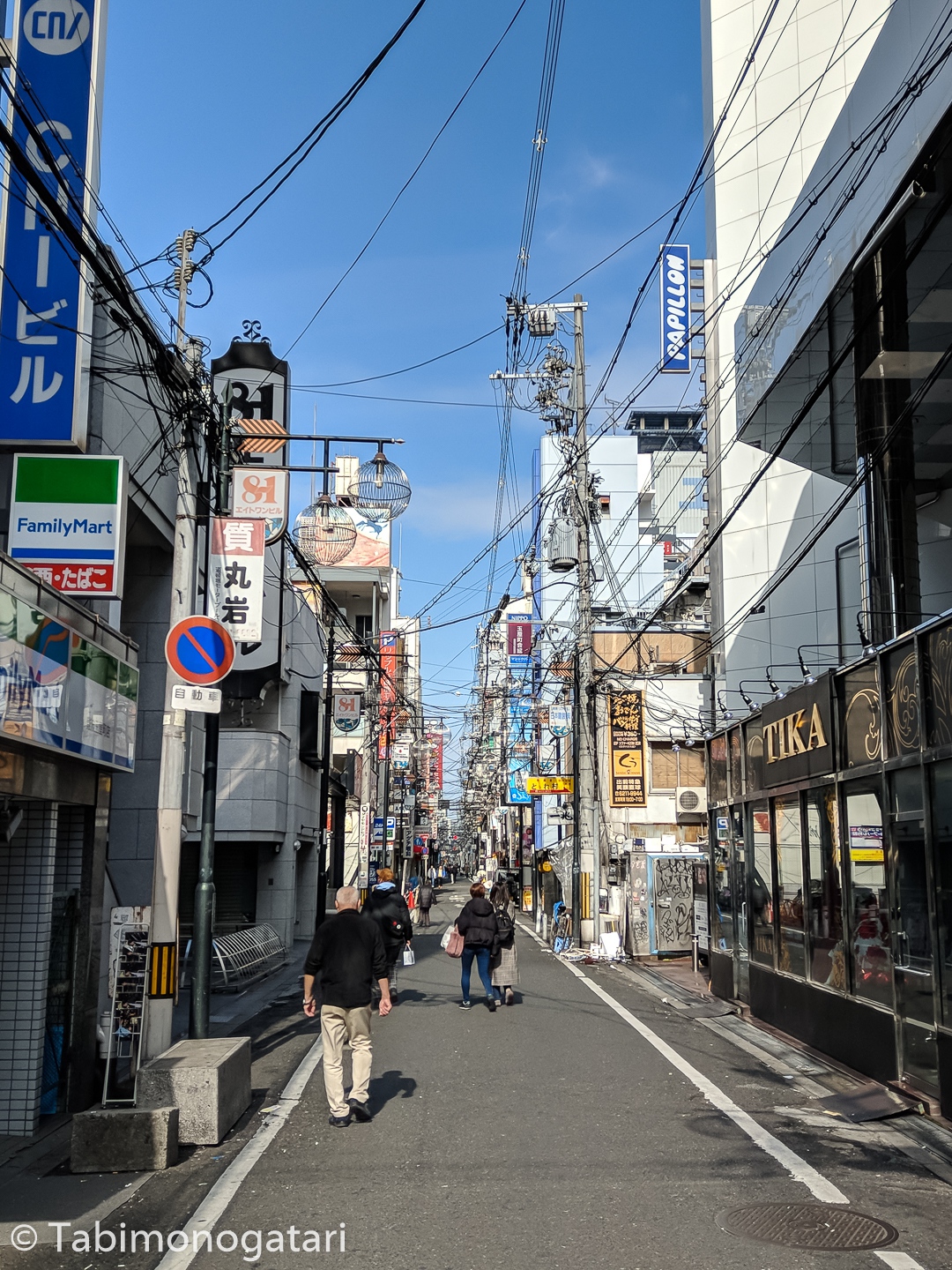 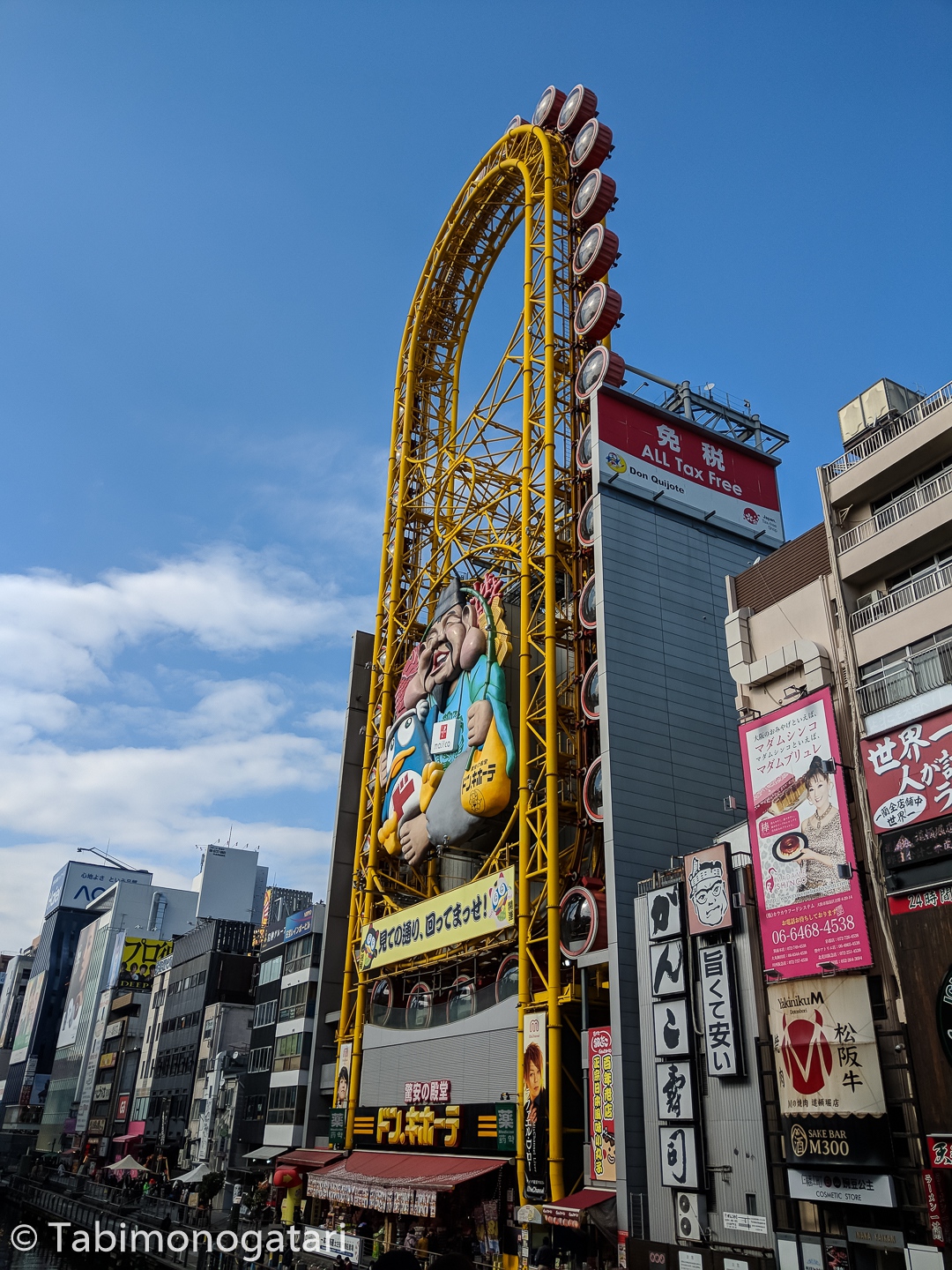 Around lunch time I headed to Kuromon market. The market caters to both restaurants and individuals and one can sample all kinds of fresh food items there. 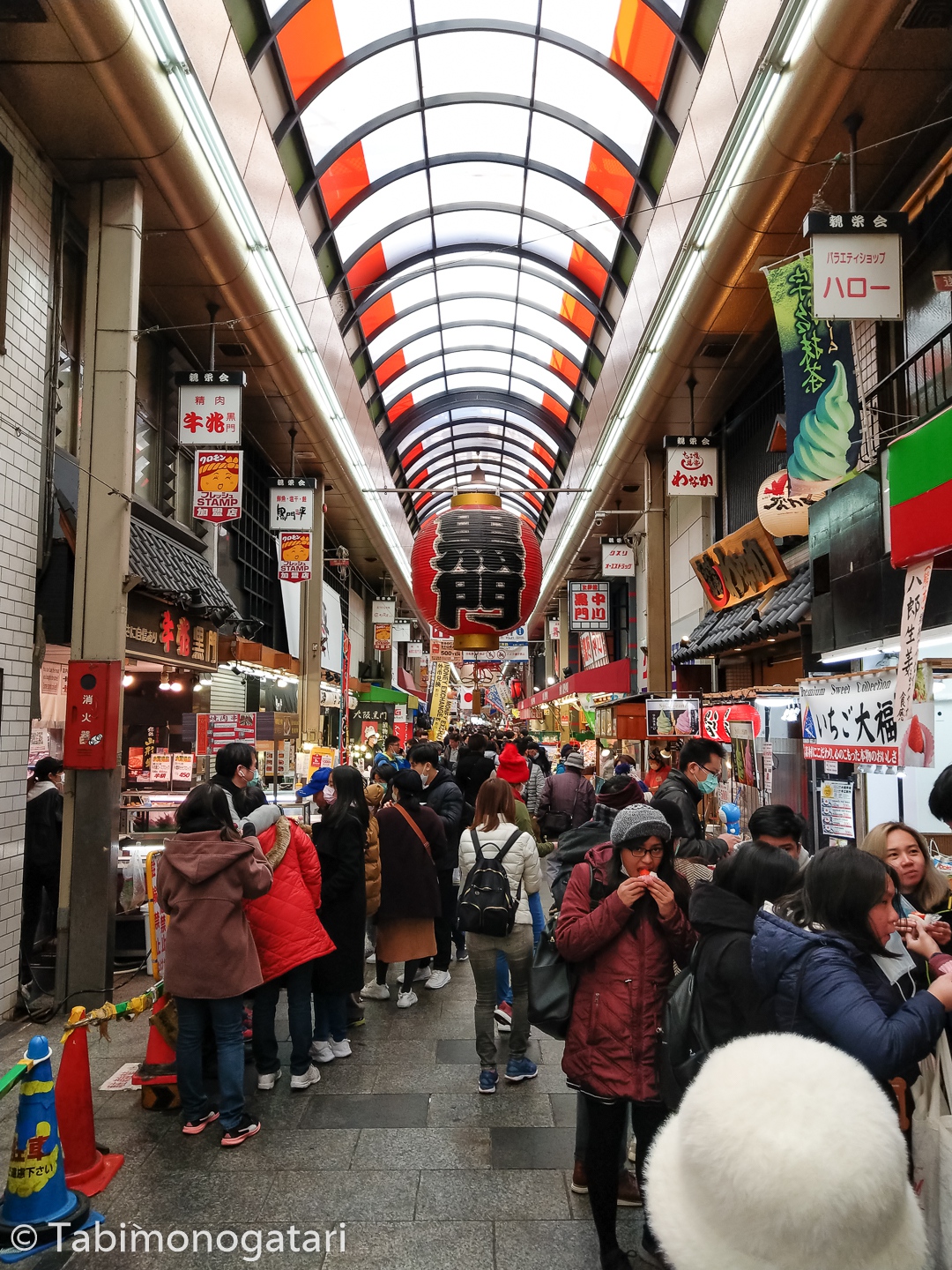 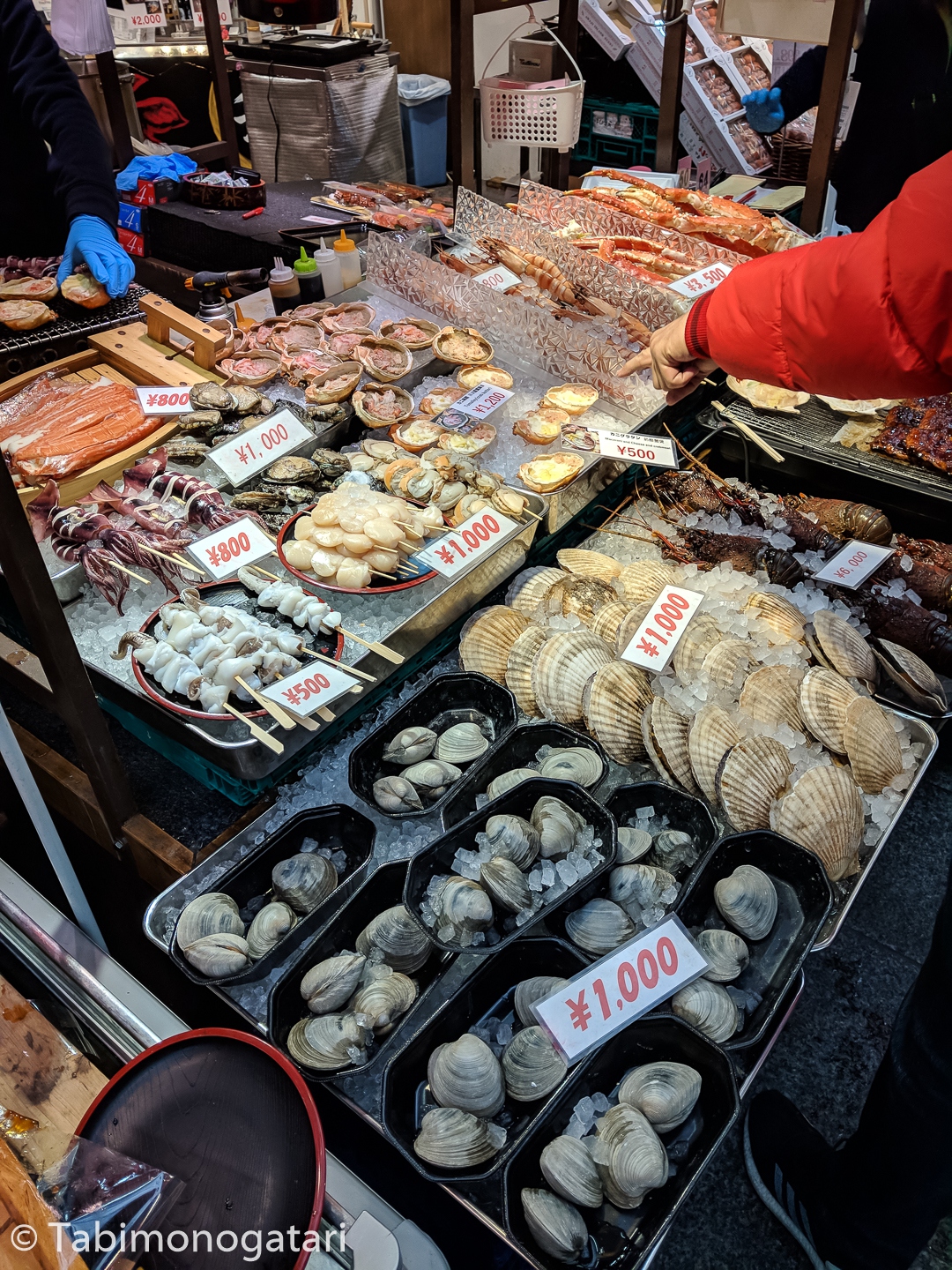 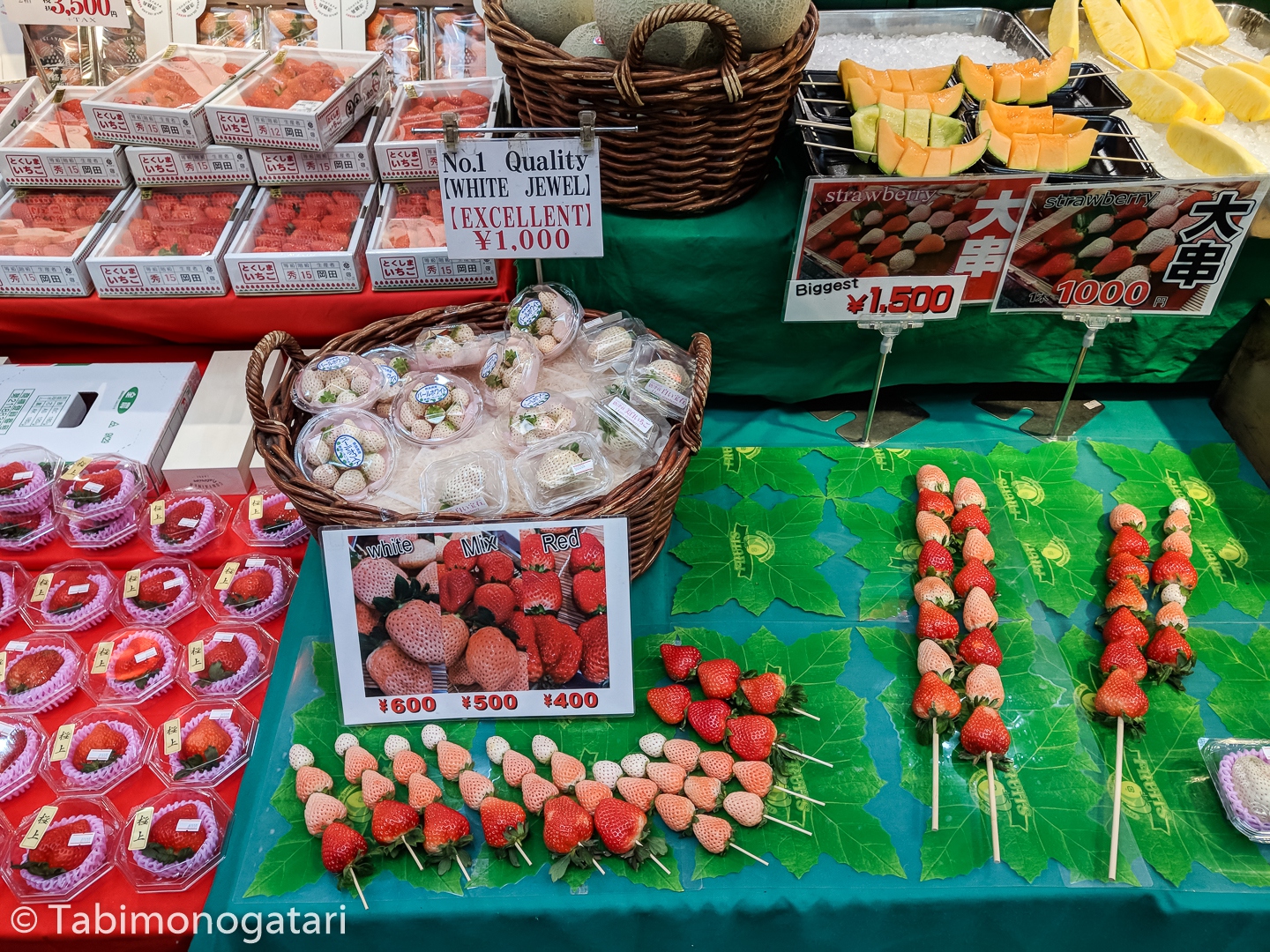 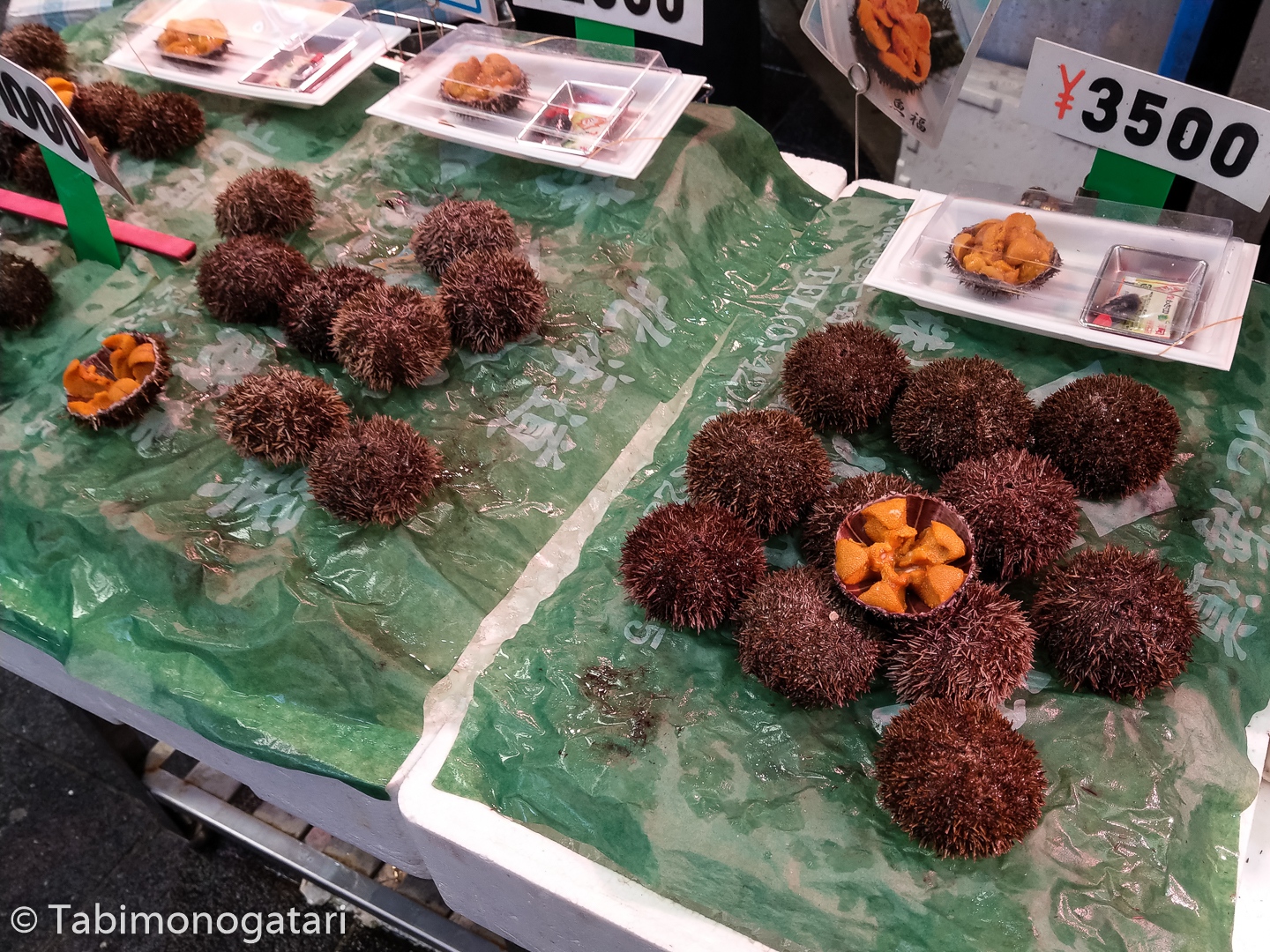 One store called Kurogin Tuna sells the freshest tuna sashimi. That day I learned that besides the three categories akami, chuutoro and ootoro, there is also kamatoro, which corresponds to the small area around the cheeks of the fish. Unfortunately, everything beyond akami is impossible to find outside Japan. The mixed bowl with kamatoro and ootoro was a treat. The sensation of the soft and delicious fish cannot be described. 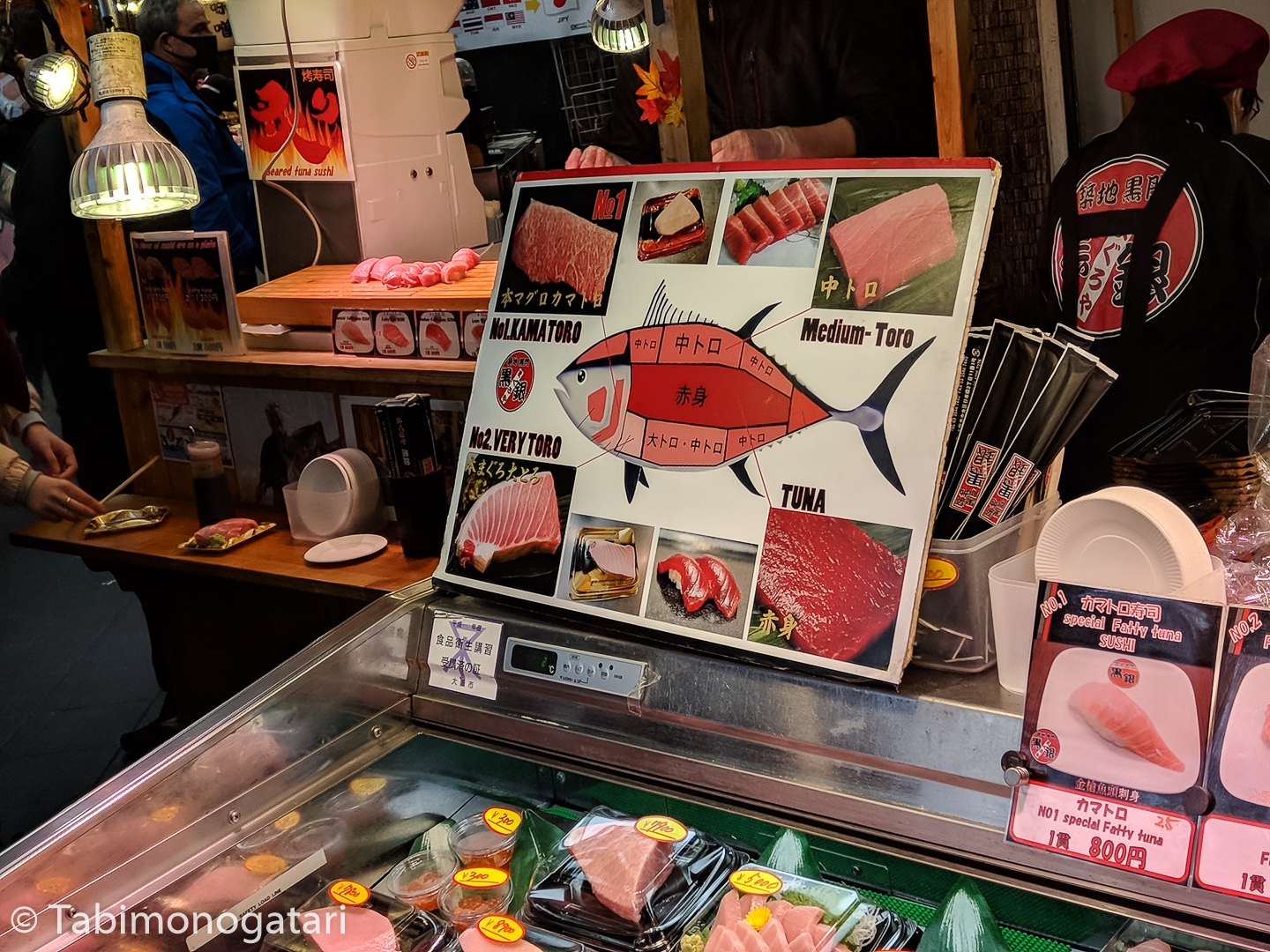 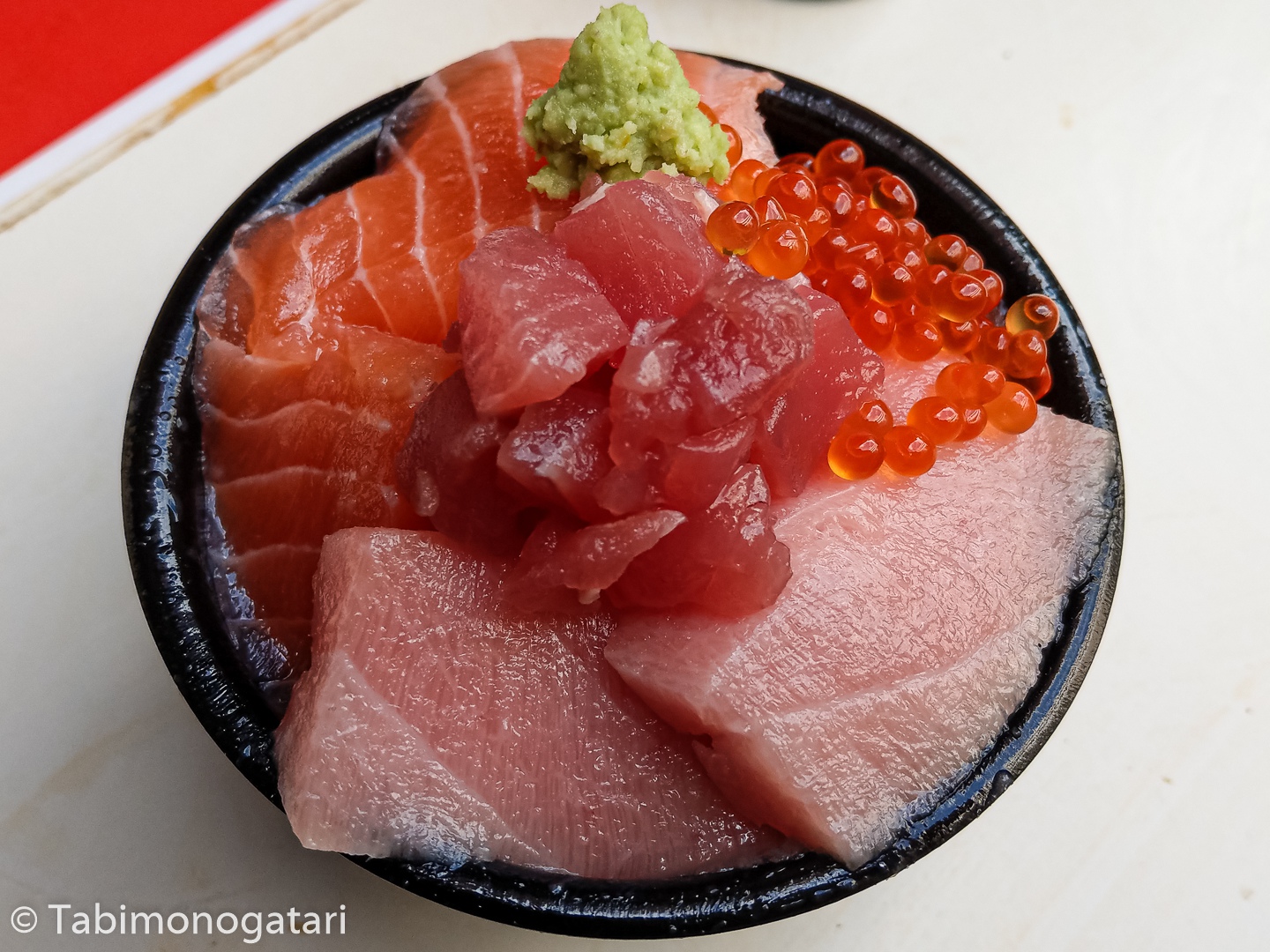 In addition, I had some croquettes and steamed sweet potatoes. 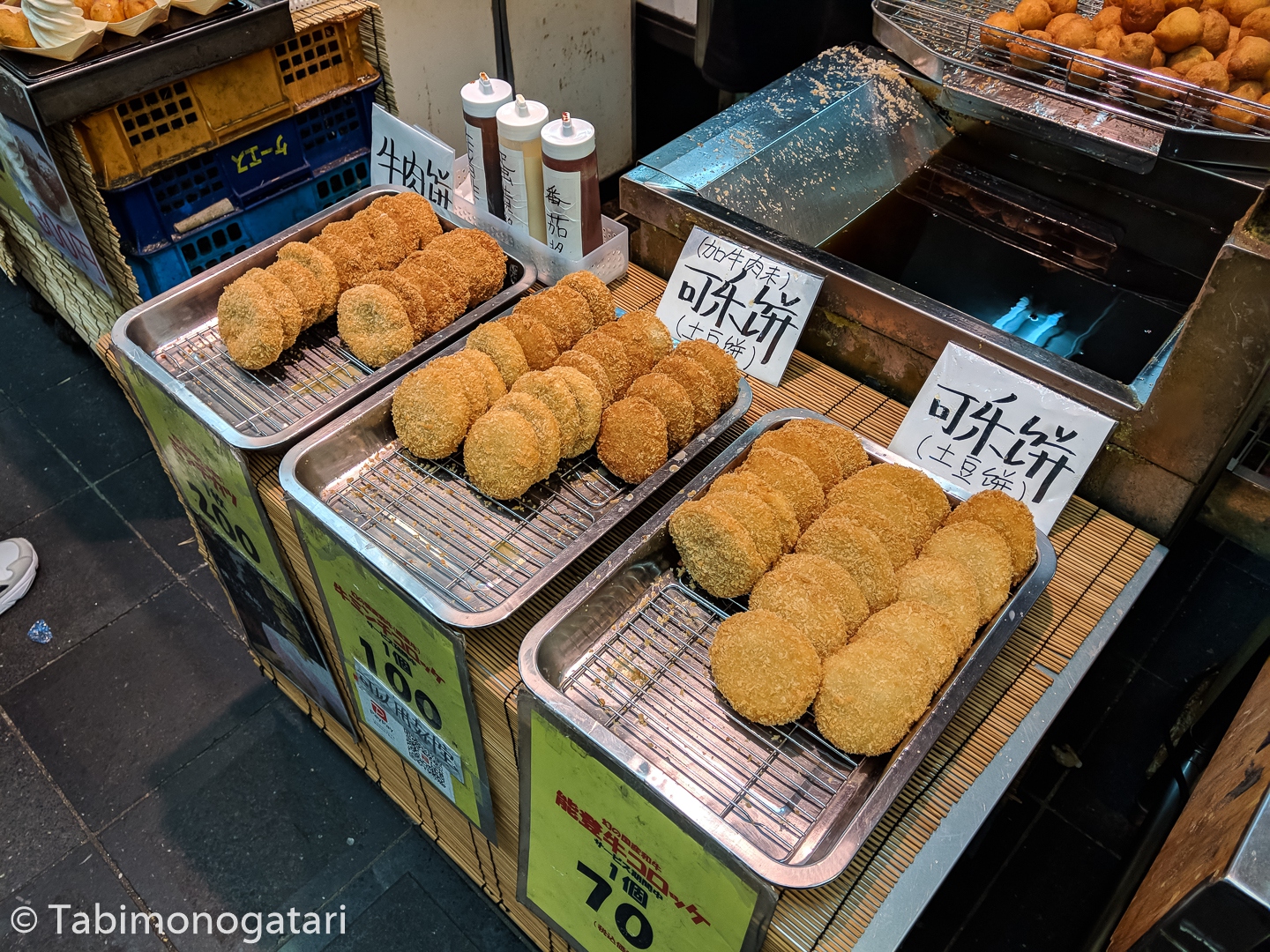 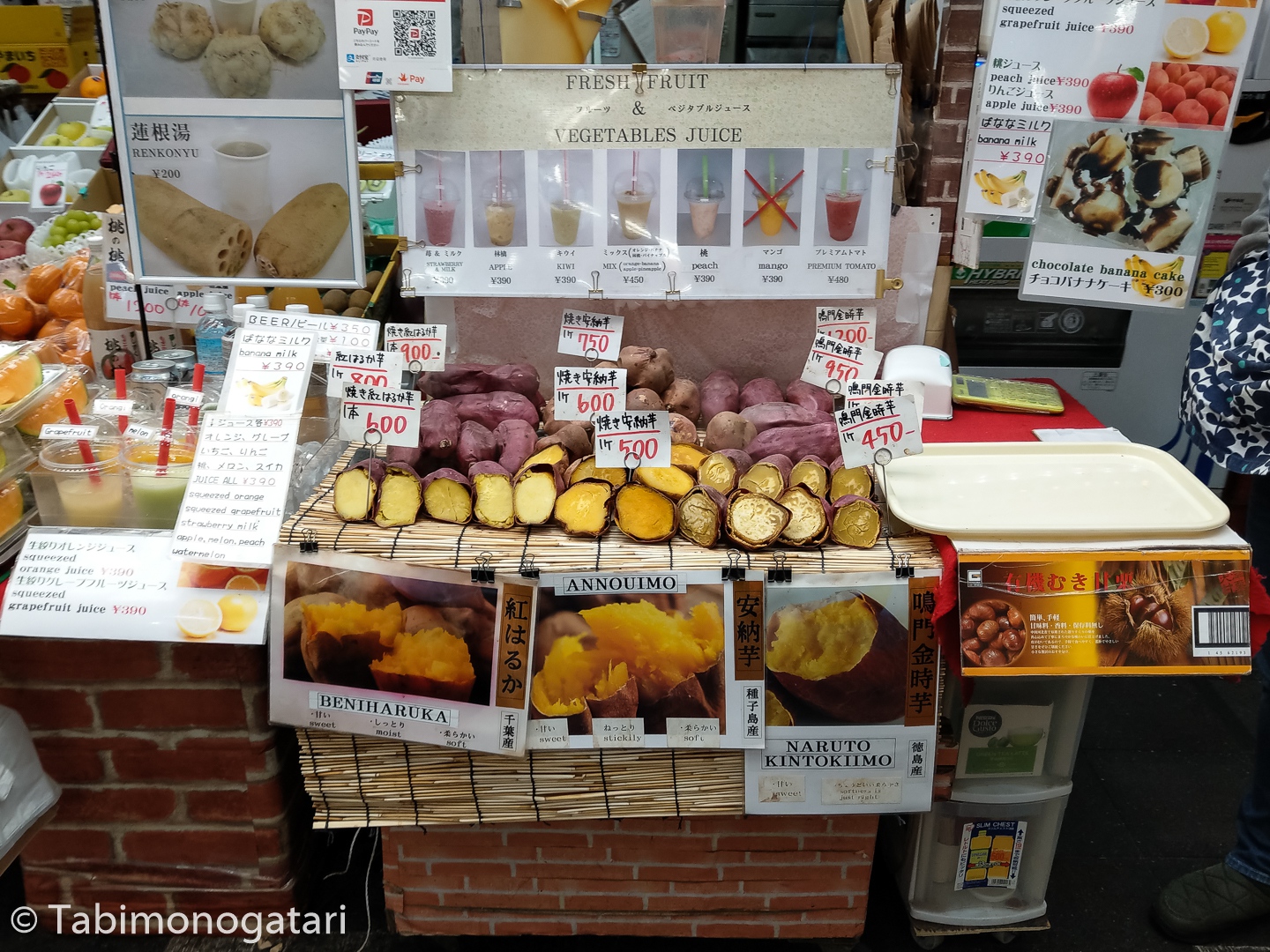 In the afternoon I returned to the dome, where it looked quite different now. The crowds were starting to gather and slowly moved inside. Thanks to the excellent crowd management, everything proceeded smoothly. At the entrance I my seat was assigned randomly which was in the second stand on the left side of the stage. 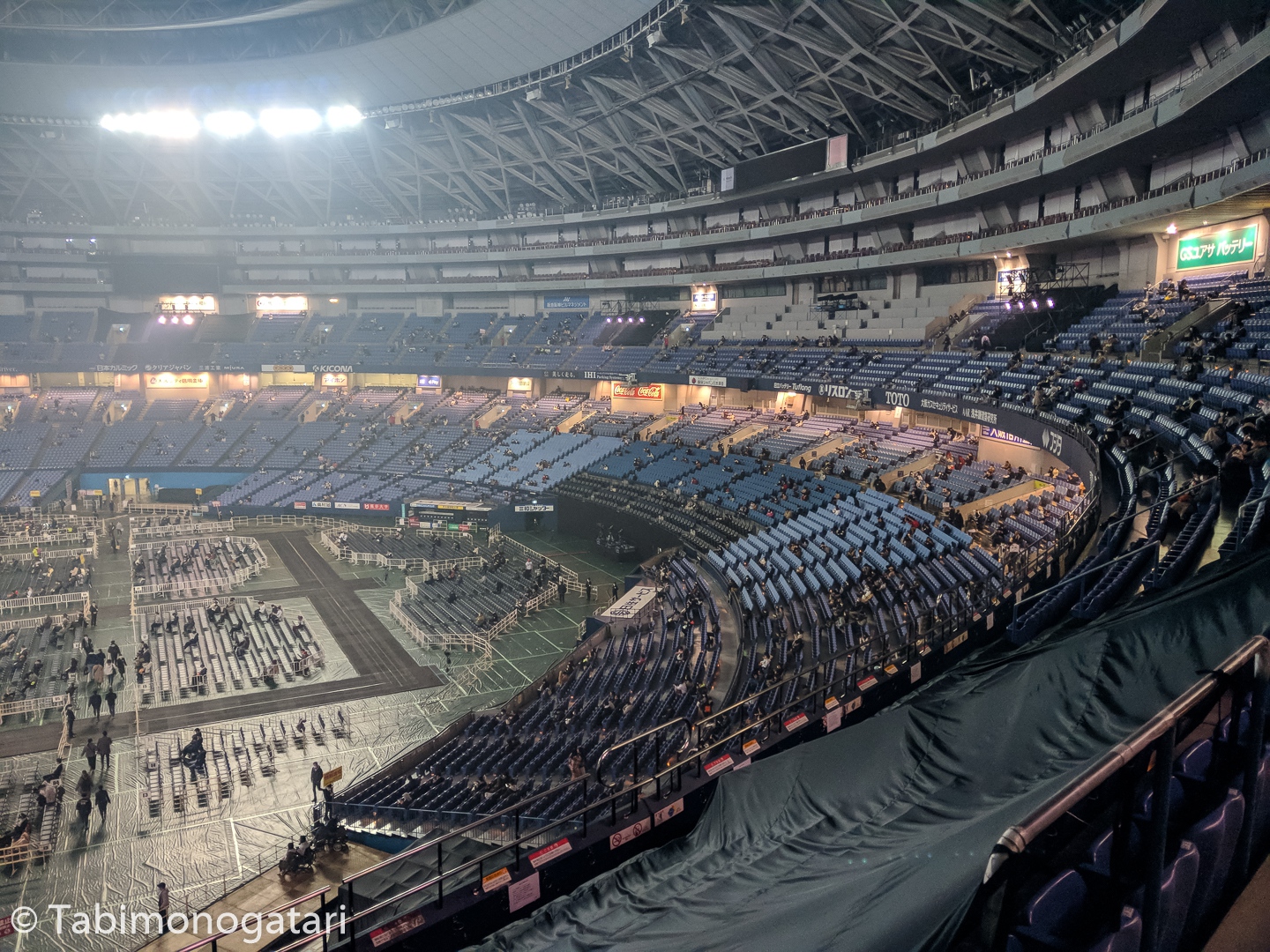 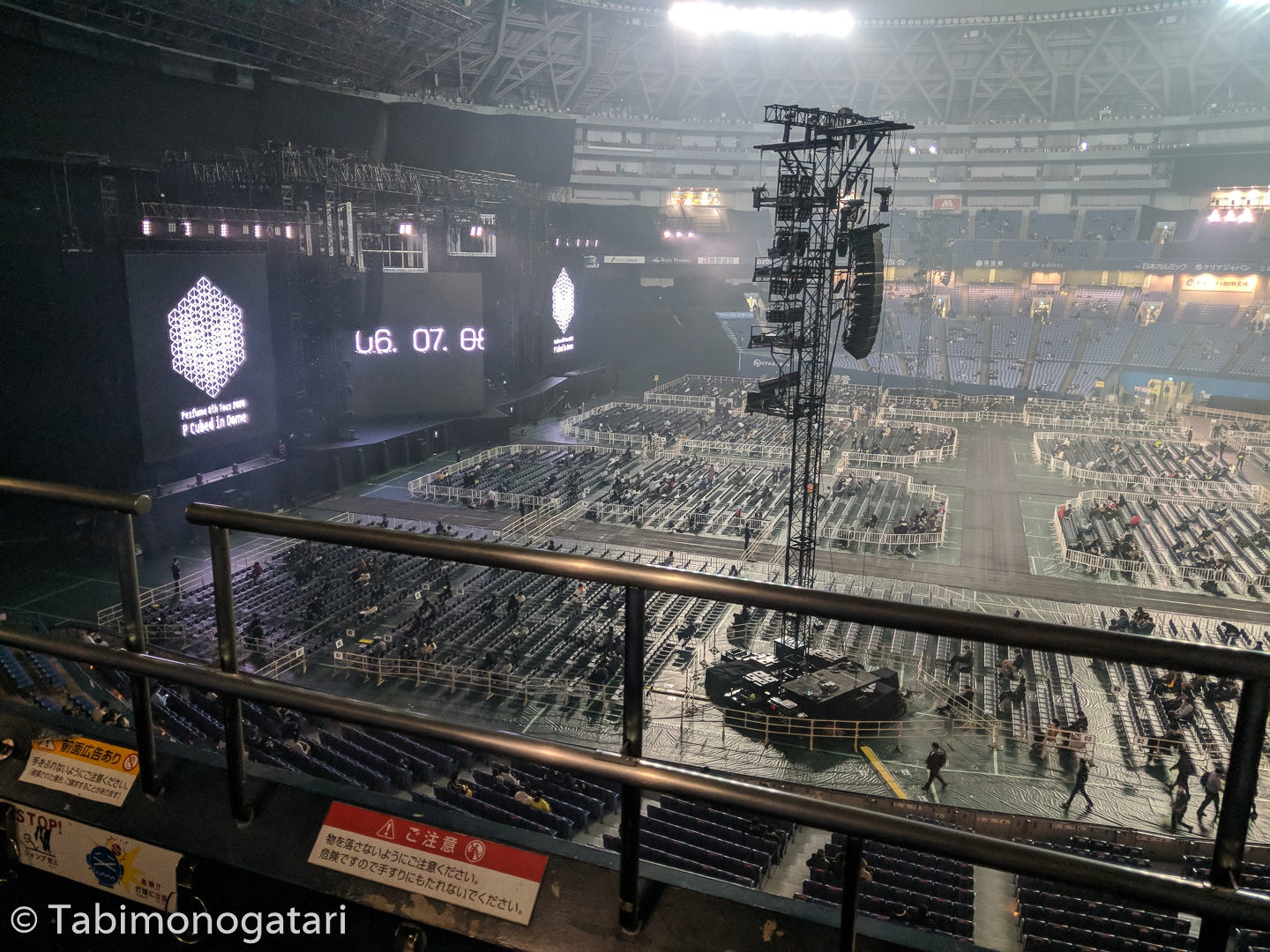 While far away, I could see the stage well and had a good view over the whole hall from up here. At 4 pm the concert started. The following three hours were just wonderful. If I understood correctly, 30000 people had gathered here. 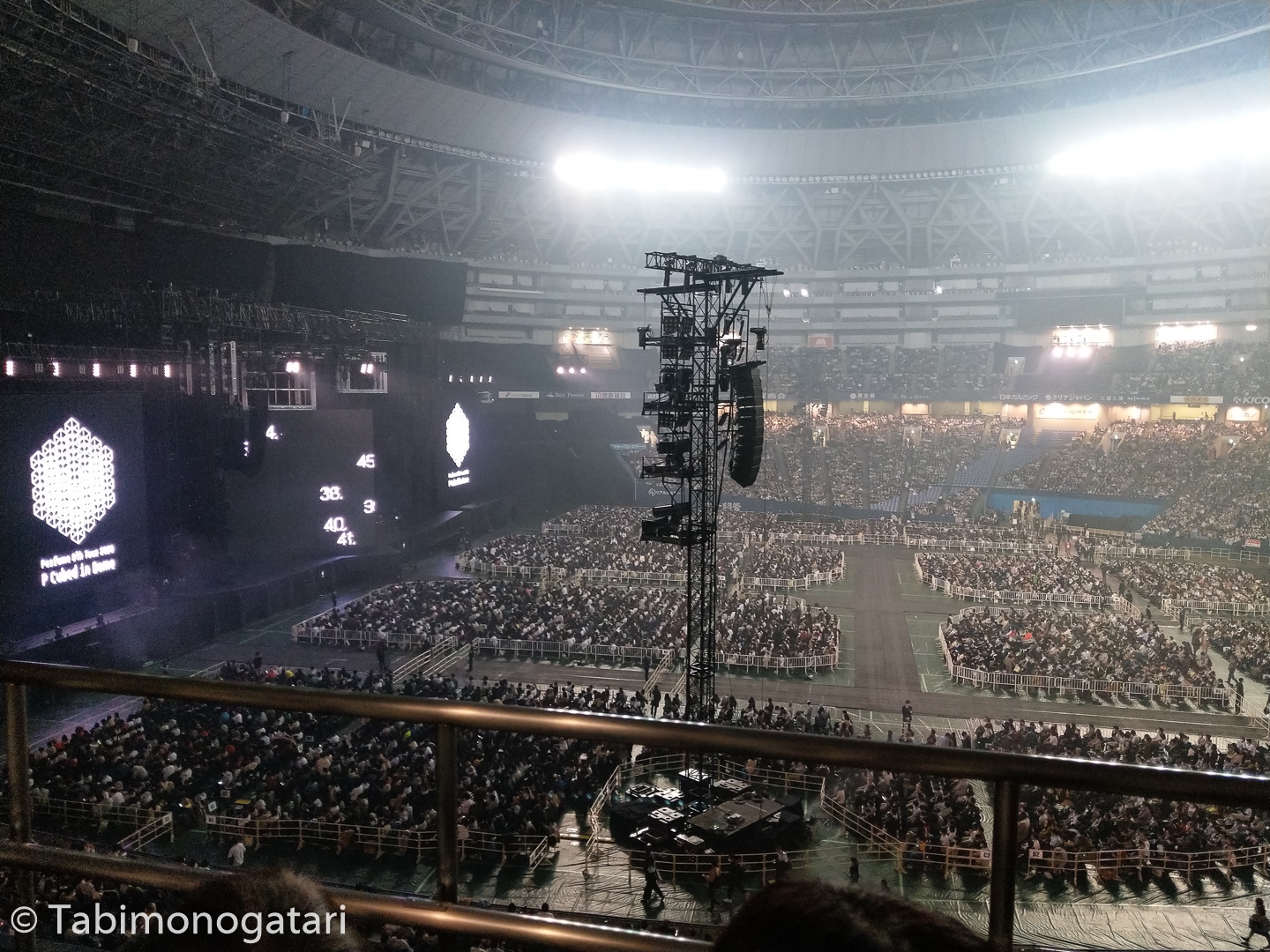 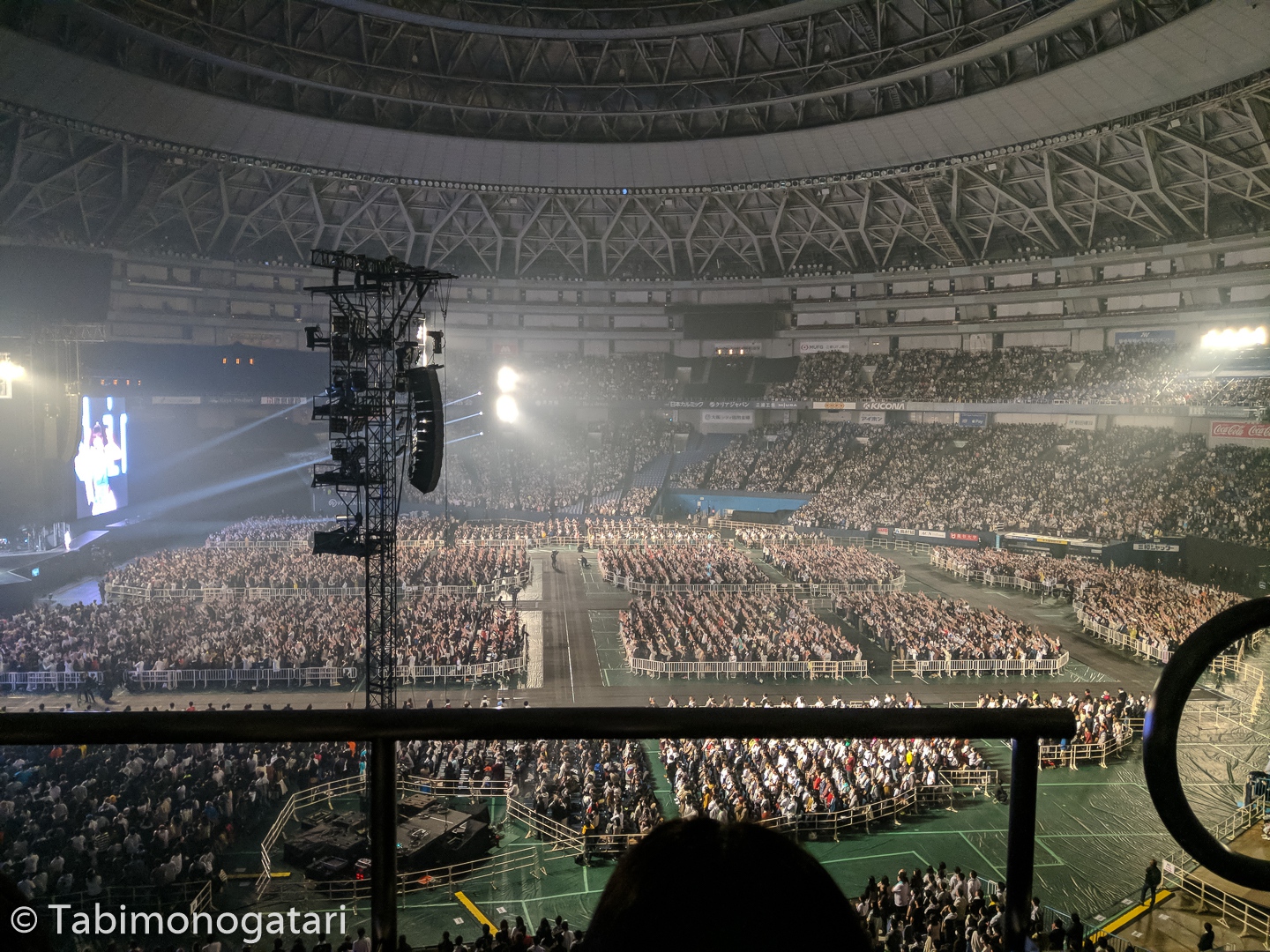 The three girls brought a great mood into the hall and entertained us thoroughly. Their set list included all their early hits and their newest songs. The MC segments were fun as well. In the second half they left the stage for a moving platform during which they came much closer to the audience. I am a bit sad I cannot share any footage to make it easier to imagine what it was like. Here is a recording of a previous concert.

As I hoped, the team around Perfume excelled at providing the best experience on the technical side as well. Perfume is not only famous for their exquisite singing and choreography but also their use of technology. There were countless times when they used projection mapping, lasers, changes in the stage layout and even light sabers. I am looking forward to the concert Blu-ray.

After the show was over (sadly no encore…), the visitors orderly left. Given the amount of people, I was impressed how orderly the venue was emptied. Not too late after I was outside and walked to the next train station. In the train the crowd had dispersed already. 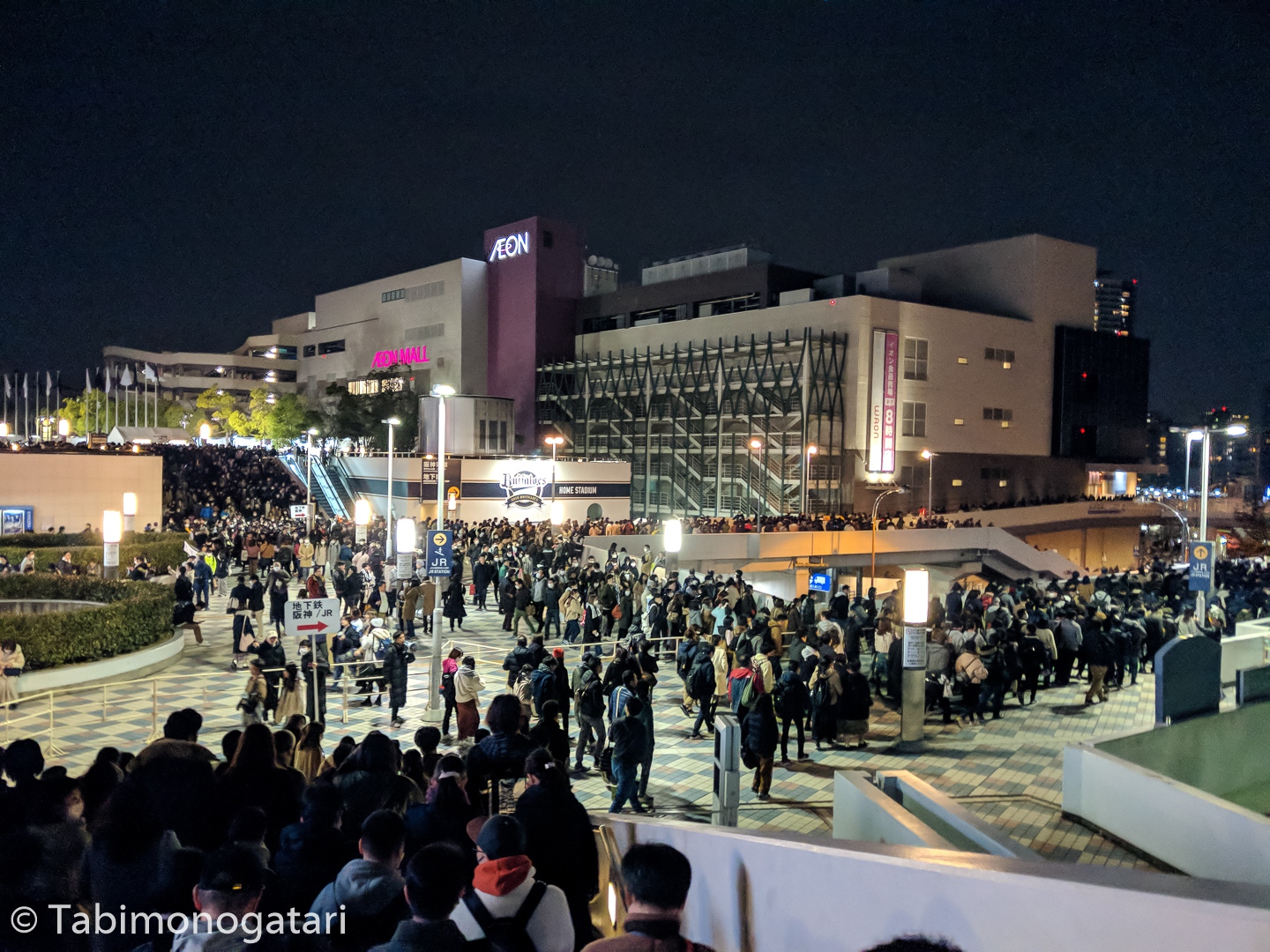 Near Tennoji in the south of central Osaka lies the Shinsekai district which is famous for its retro feeling, bright lights in the evenings and it’s signature dish kushikatsu. 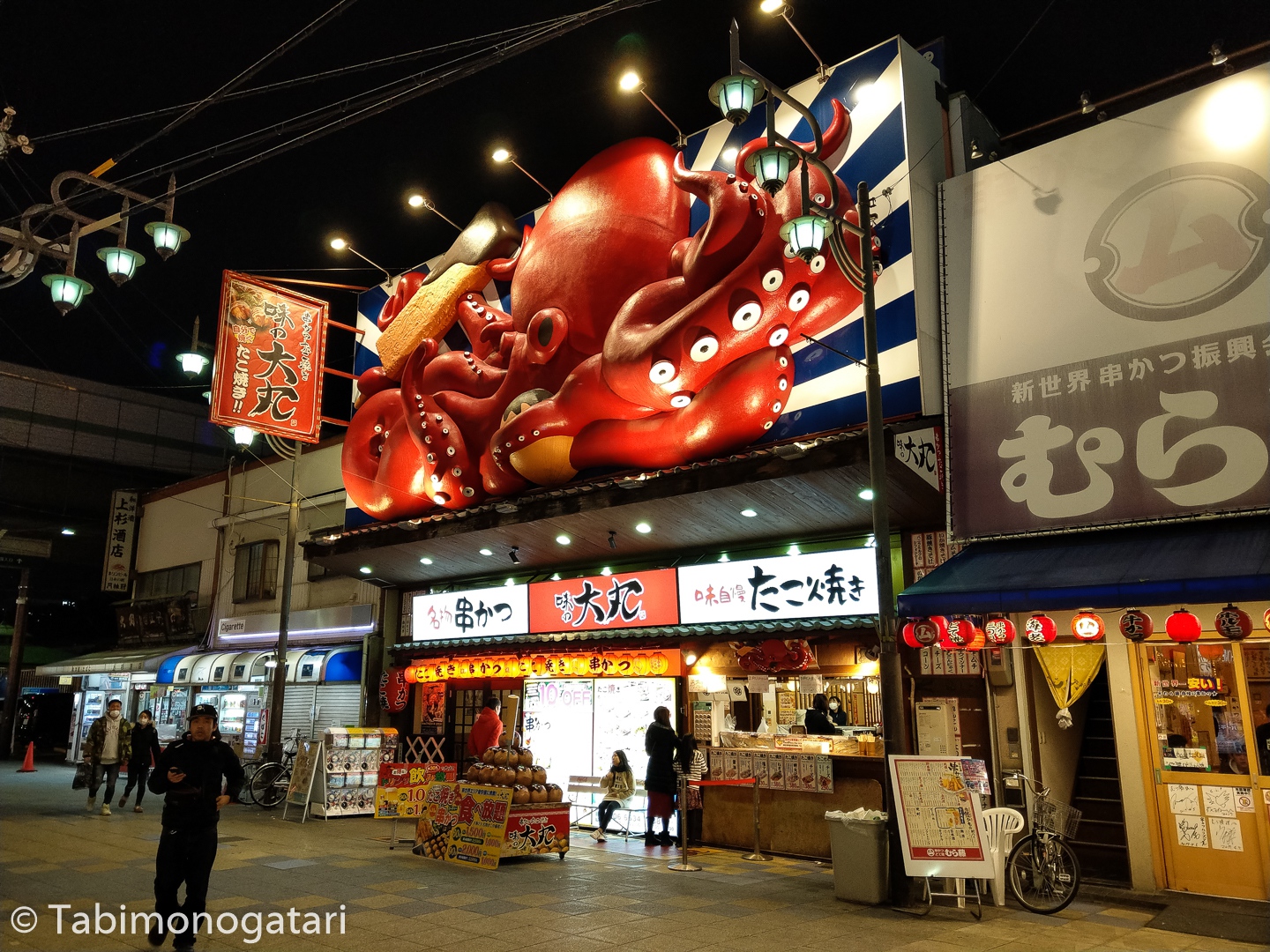 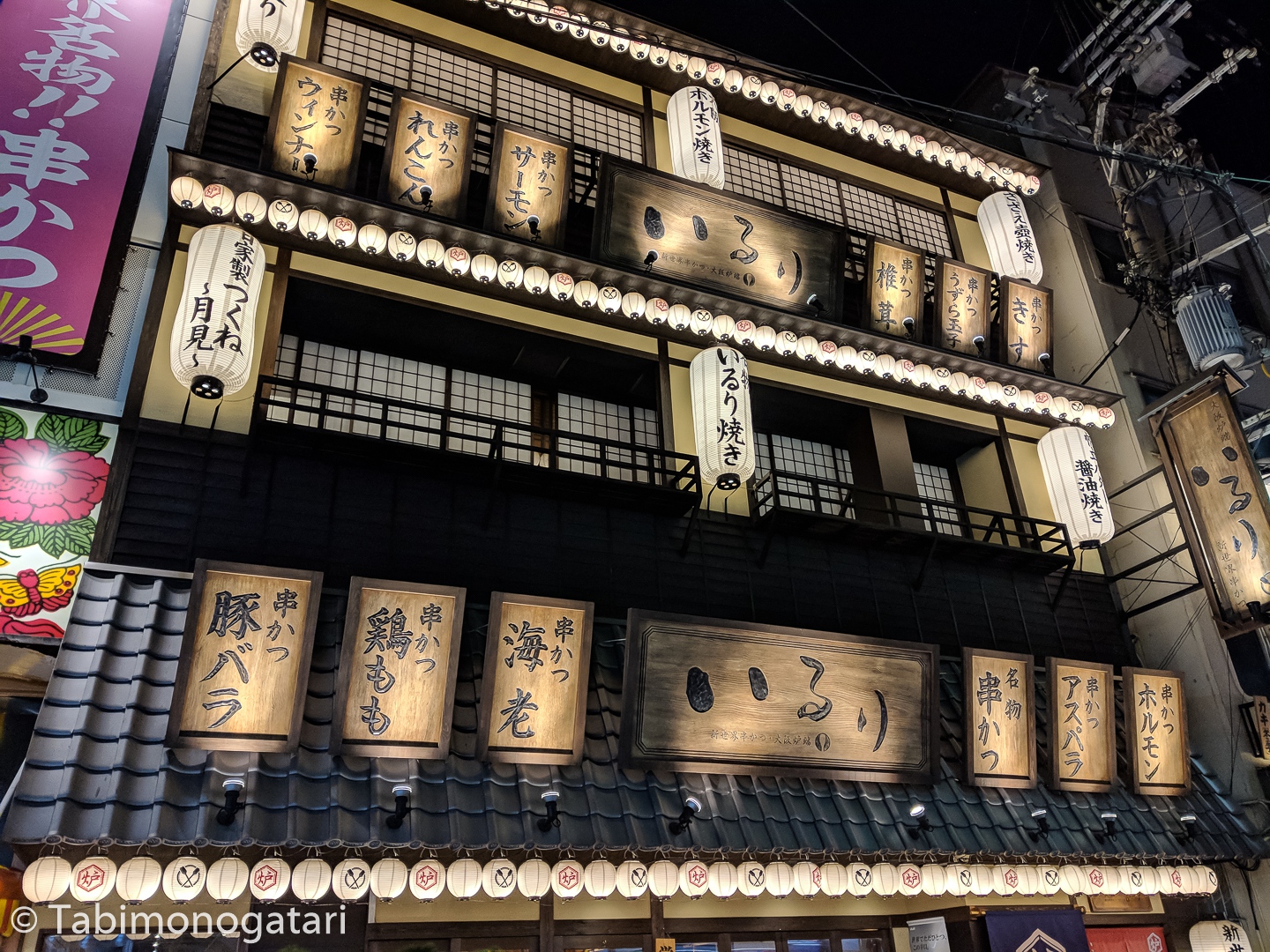 I went with the local favorite Daruma (they have branches throughout the city). You can order any amount of fried skewers which you then dip into sauce once. I could not stop myself trying most items on the menu and ended up ordering three plates. 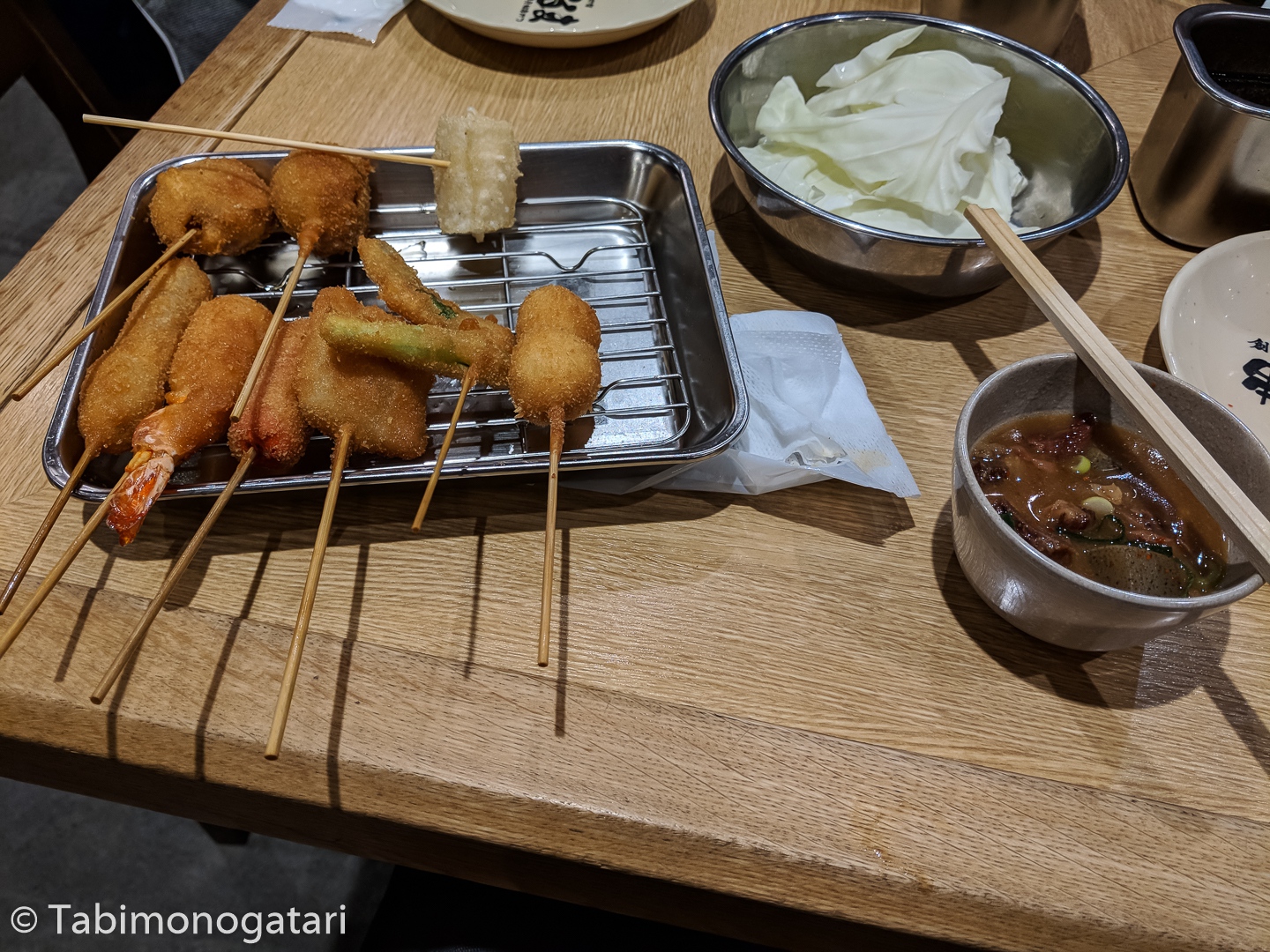 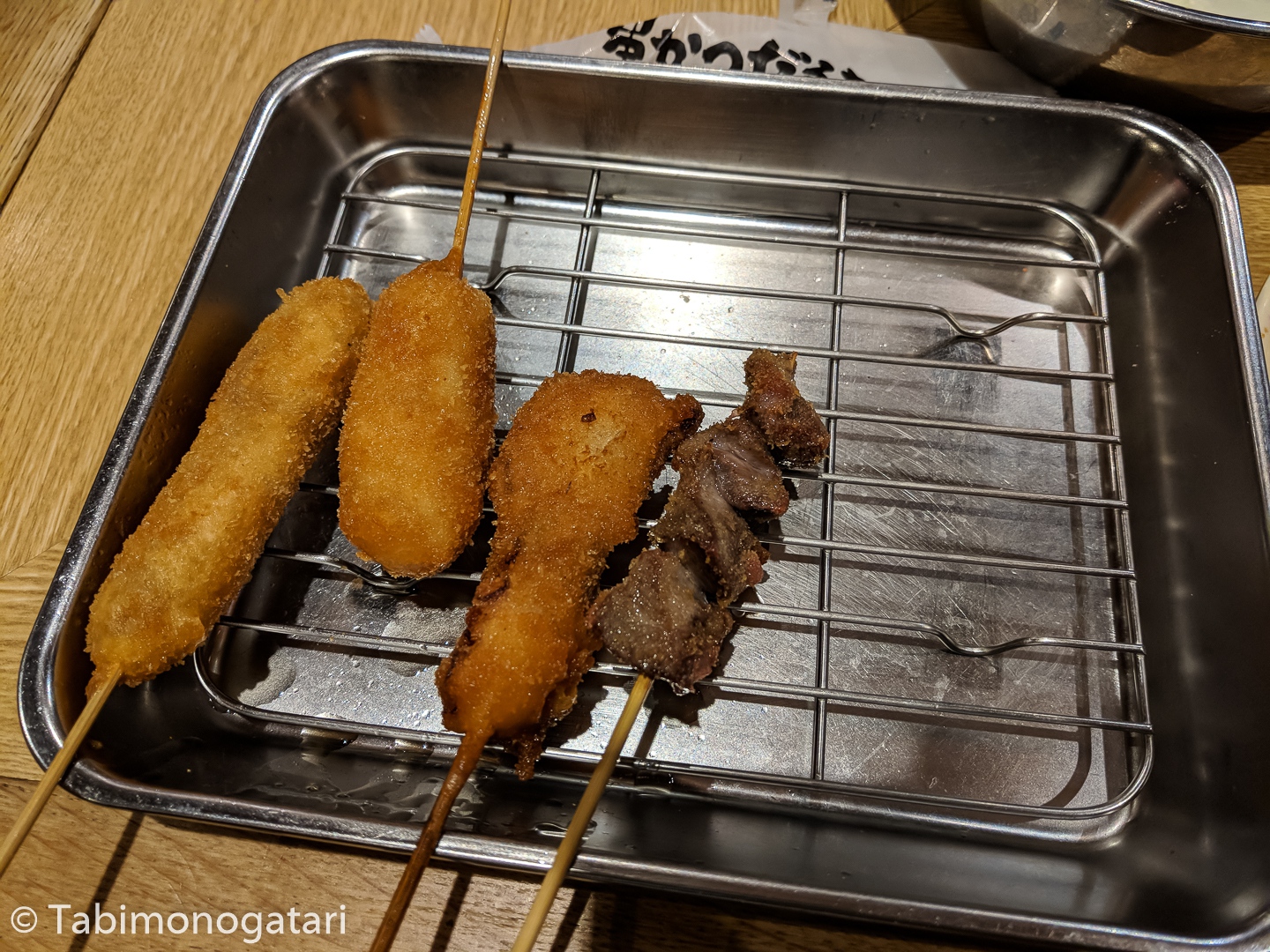 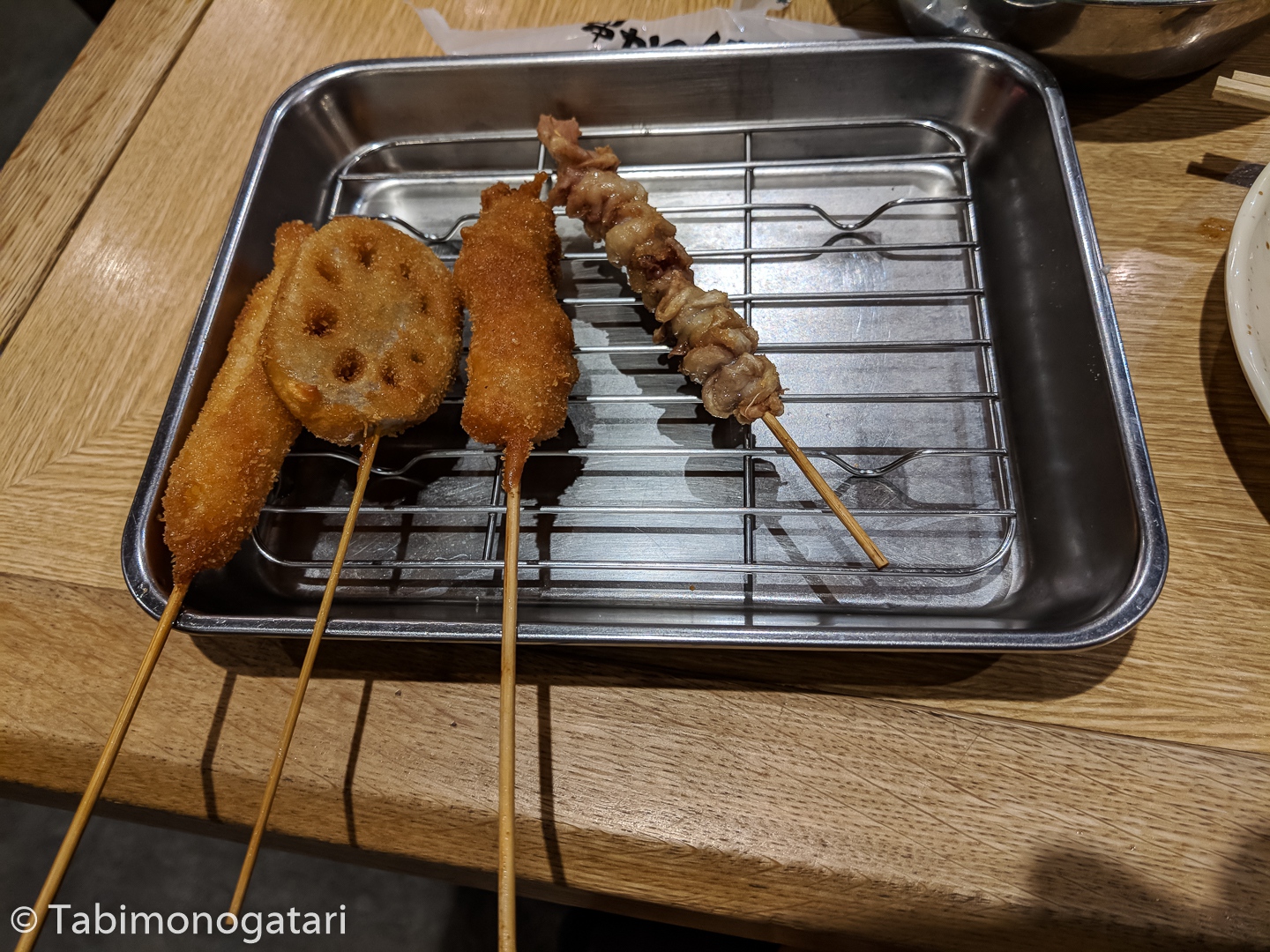 Afterwards, I walked back to Shinsaibashi via Nipponbashi and Dotonbori. After dinner time the area was brimming with activity. Still, as I wanted to wake up early the next day I called it a day and went home.