The third day began earlier than expected. With that I mean my body has not completely adapted to the new time zone, as I woke up at 4 am. Interestingly, when I turned on the TV, all channels except NHK did not broadcast until 6 or 7 in the morning.

Of course I could use the extra time to write for this blog and at 6 I took a bath in the hotel sento. Feeling more alive I left the hotel in the direction of Namba.

The atmosphere of the alleys was completely different at this time since all stores were still closed. Close to the stations however, the view was different. With the rush hour progressing, busy people without end. For breakfast I found myself again at a gyudon chain, this time Yoshinoya.

Today’s destination was Kyoto. Taking advantage of the JR Pass, I took the Shinkansen to Kyoto from Shin-Osaka station which only took 15 minutes. 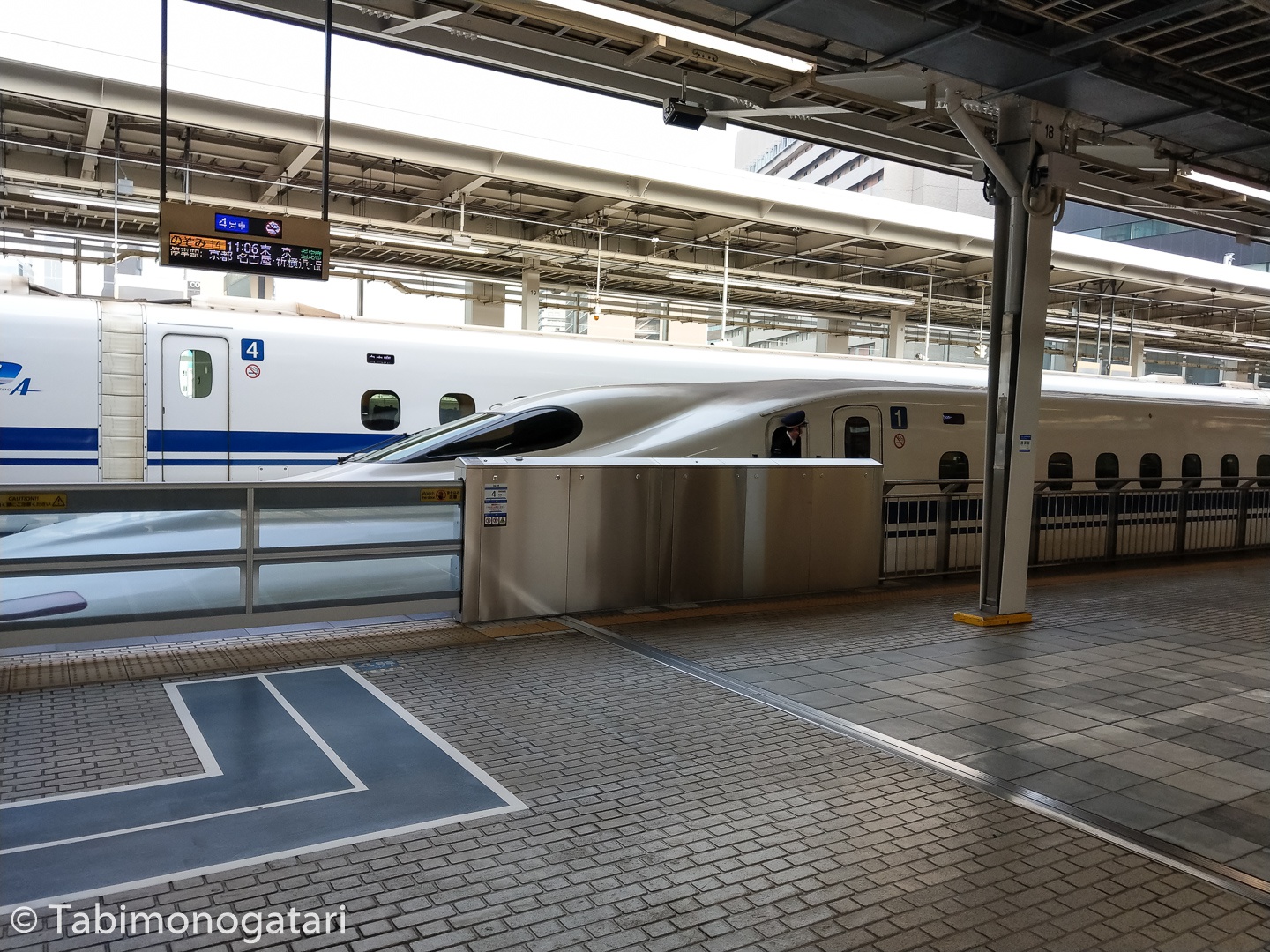 The reason why I came to Kyoto on this Monday was Setsubun. The traditional celebration is fixed on February 3 and marks the transition from winter to spring. At the same time, various rituals take place on this day at many shrines. And as most of you know, Kyoto has the highest density of them (I assume).

Within Kyoto it is best to travel by local bus. A day ticket is efficient after 3 rides, which is almost always the case when you are visiting. After a short while I arrived in the Gion district in the Eastern part of the city (Higashiyama). 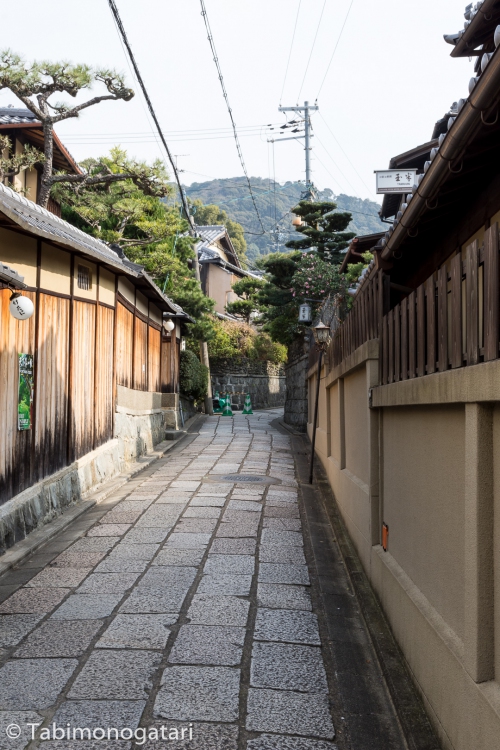 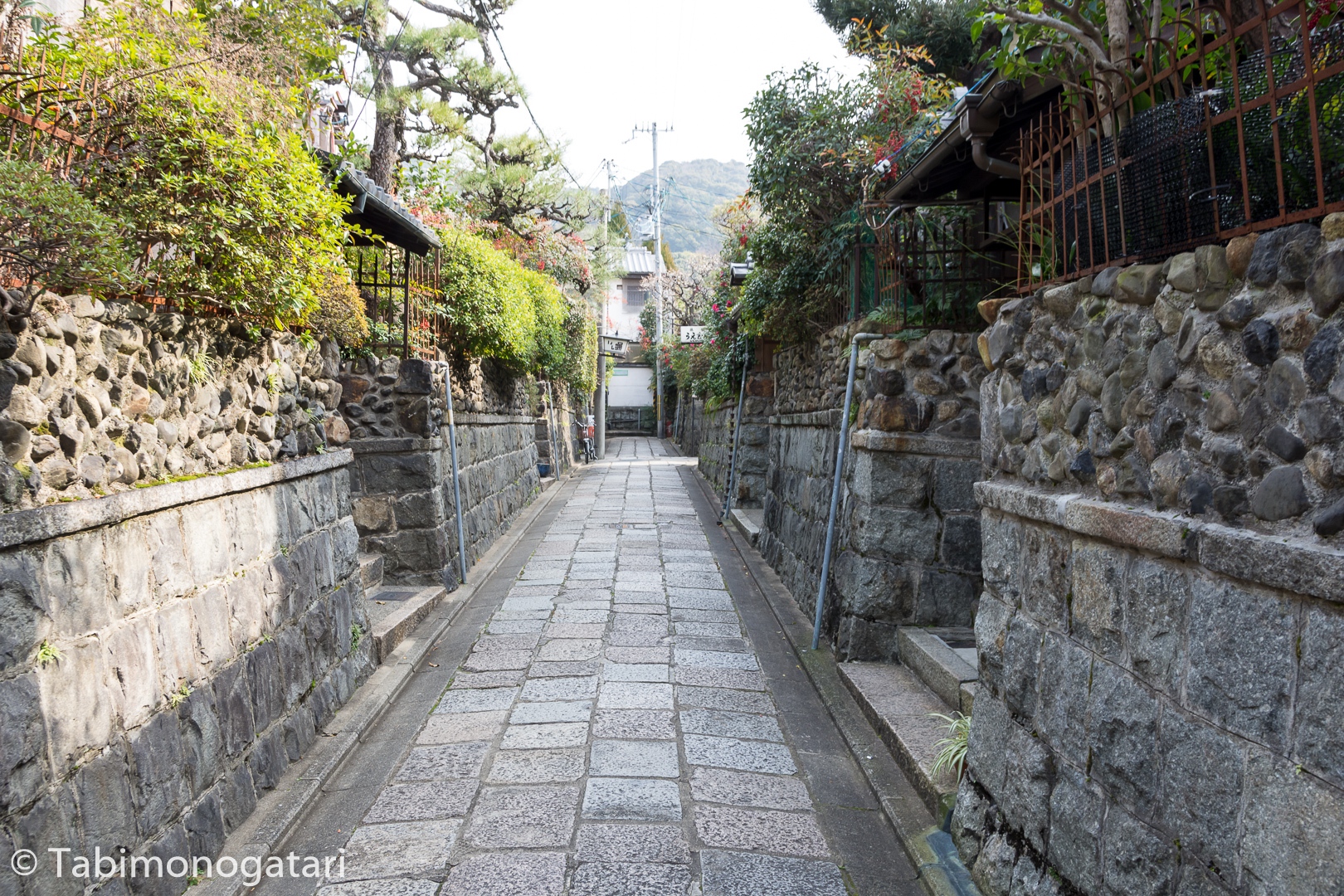 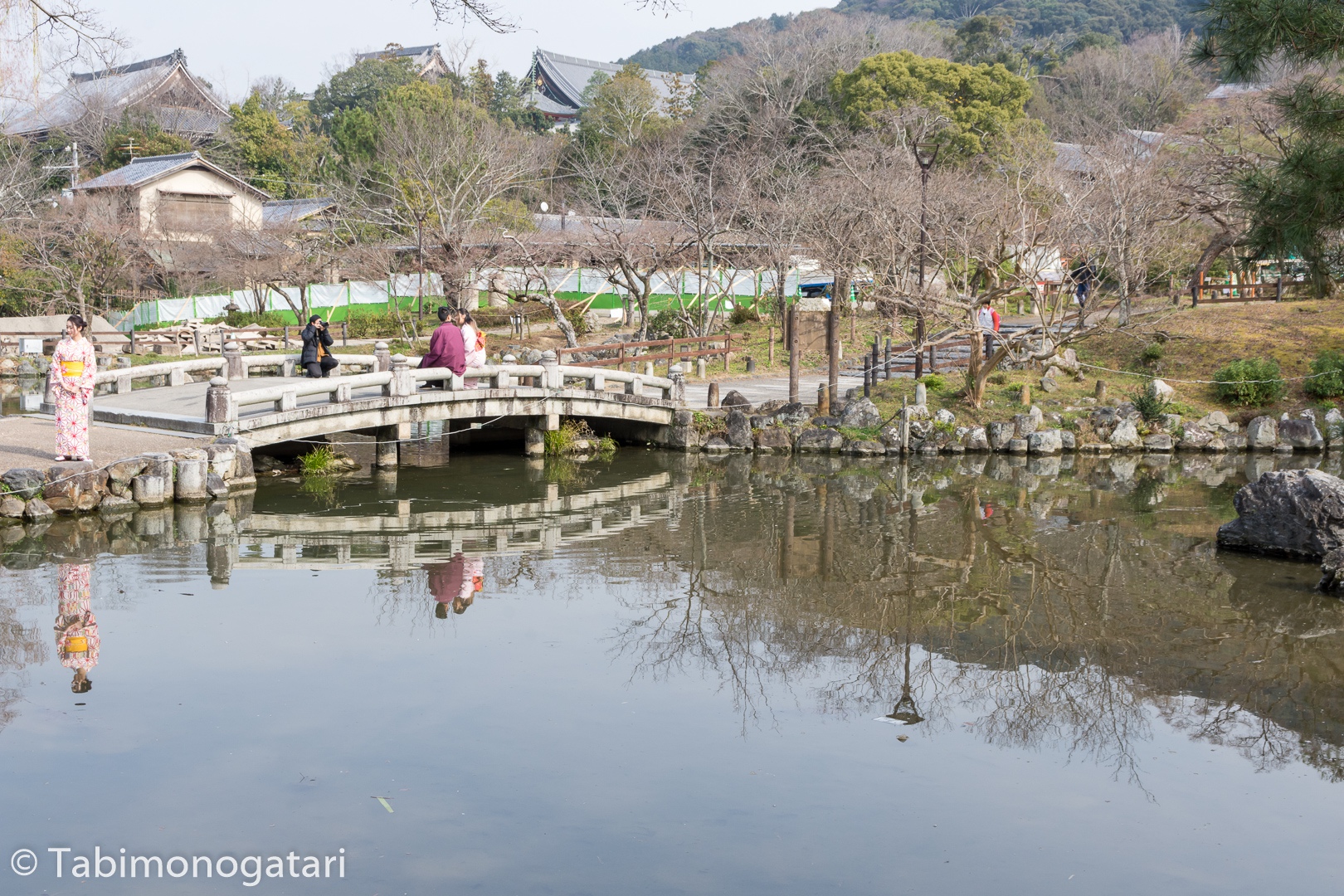 There were two shrines I wanted to visit specifically, Yasaka shrine and Heian Shrine. Of course there were many more places celebrating Setsubun, but I cannot split into two. 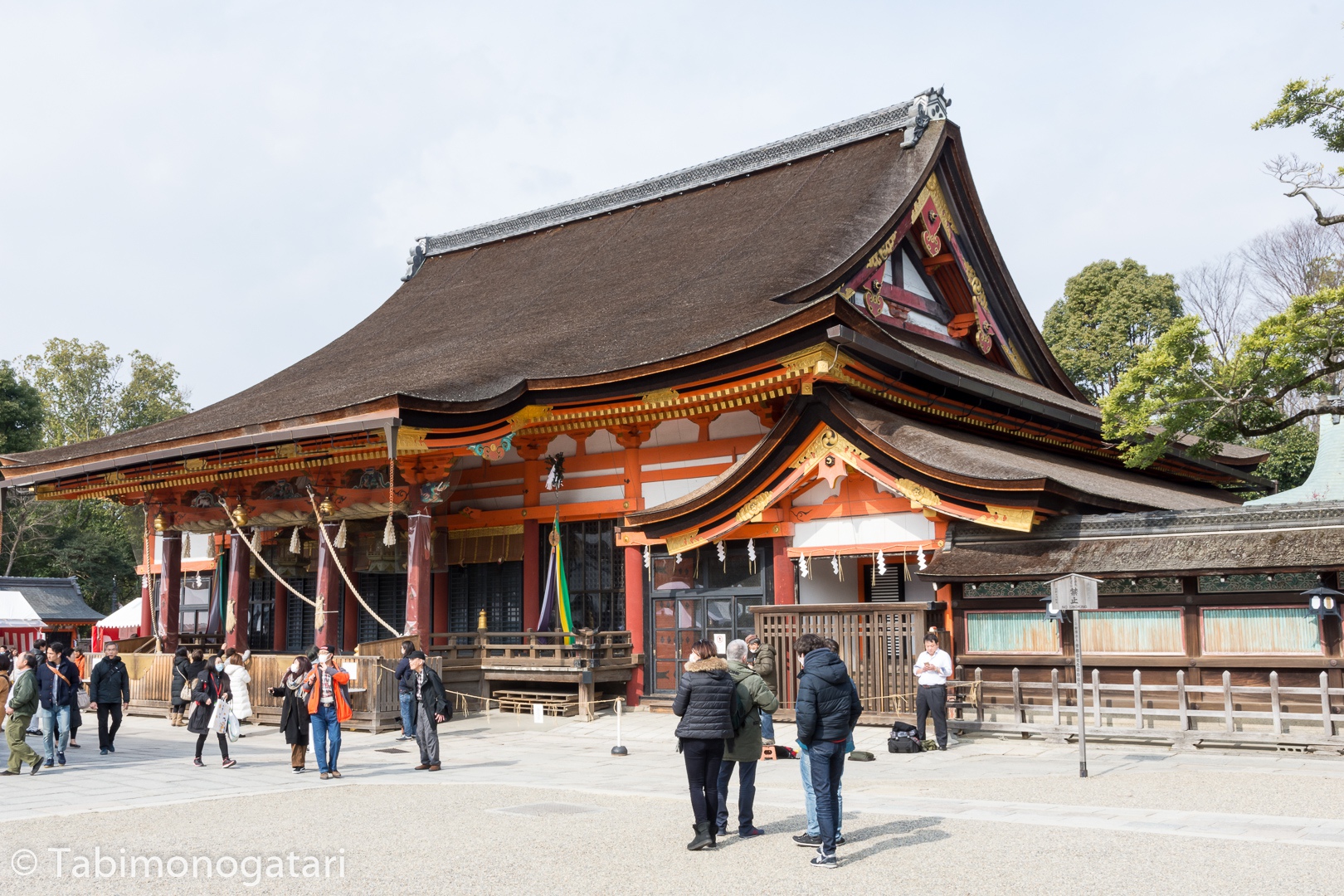 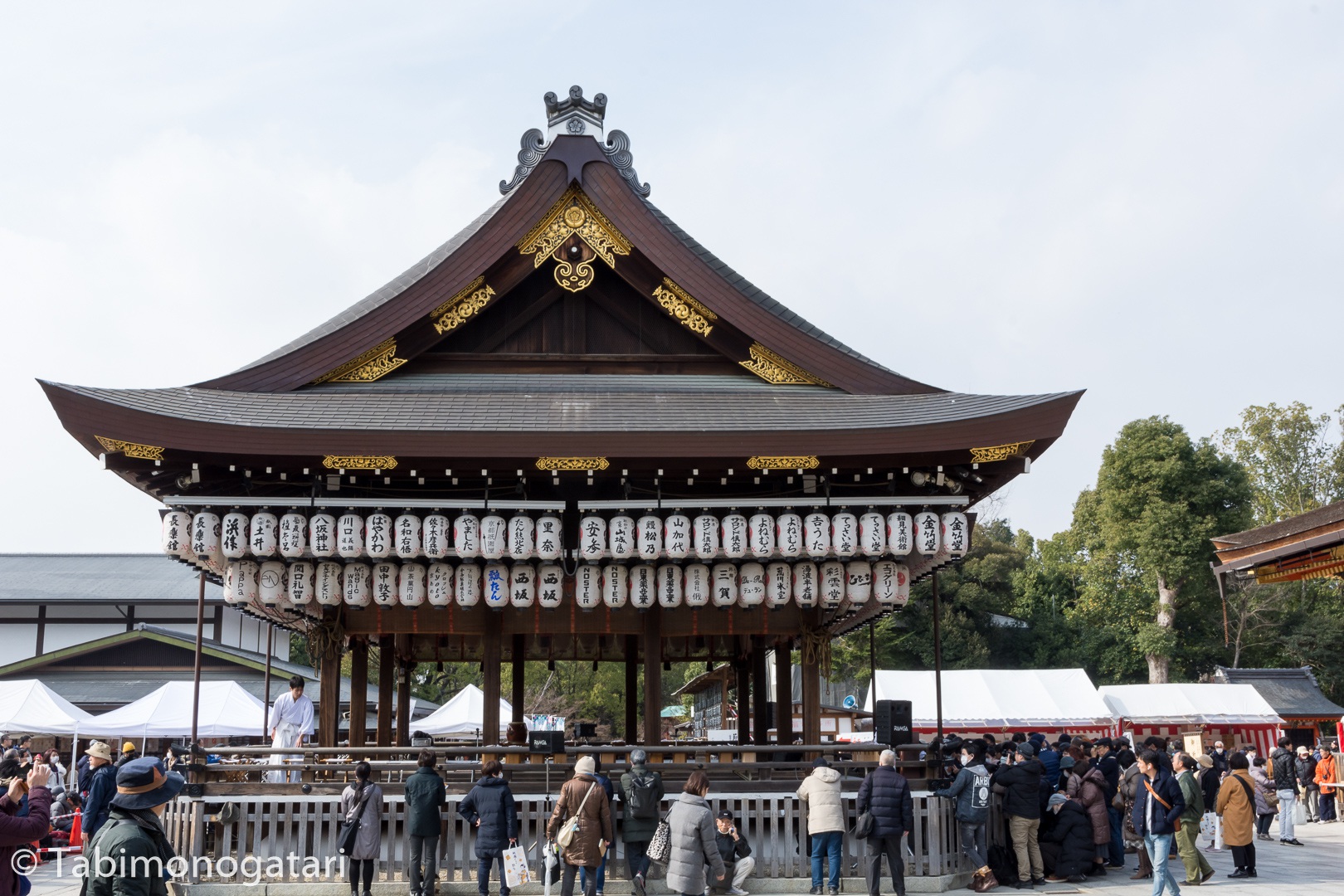 Around Yasaka shrine there were food stalls selling yakitori, oden and yakiika (grilled squid skewers). On the shrine premises many people walked around with a paper bag. Soon after I found out where they got it from: There was an ongoing tombola. For 300 yen I purchased one ticket together with a bag of mame (roasted soybeans). Then, I could draw the lot myself. I won something (turns out everyone was a winner), a bottle of sesame dressing. :D 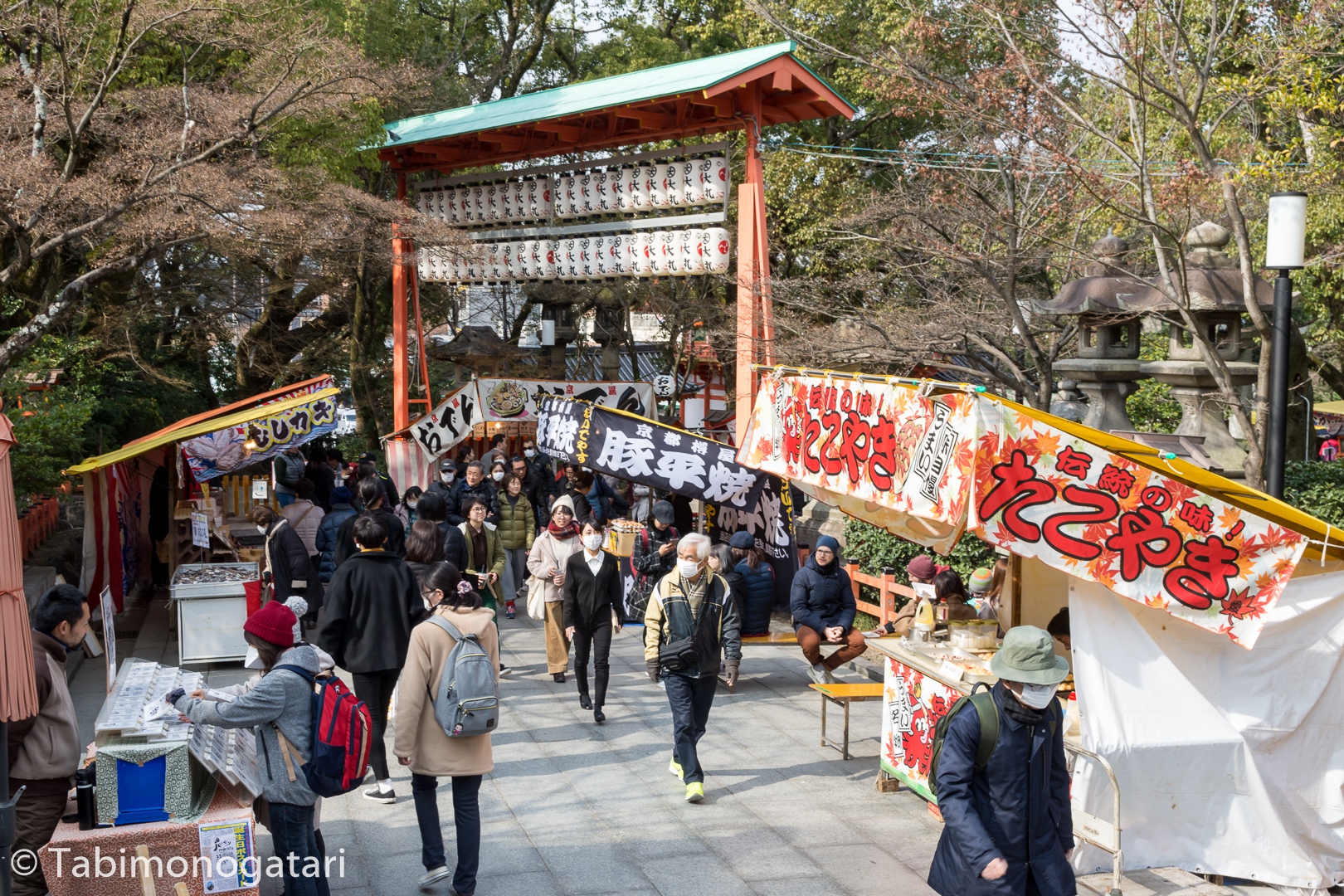 At 1pm the official program began. On an elevated woodern hall in the center of the court a group of people gathered. Amongst them were three geiko who performed a dance to the singing of three older ladies. 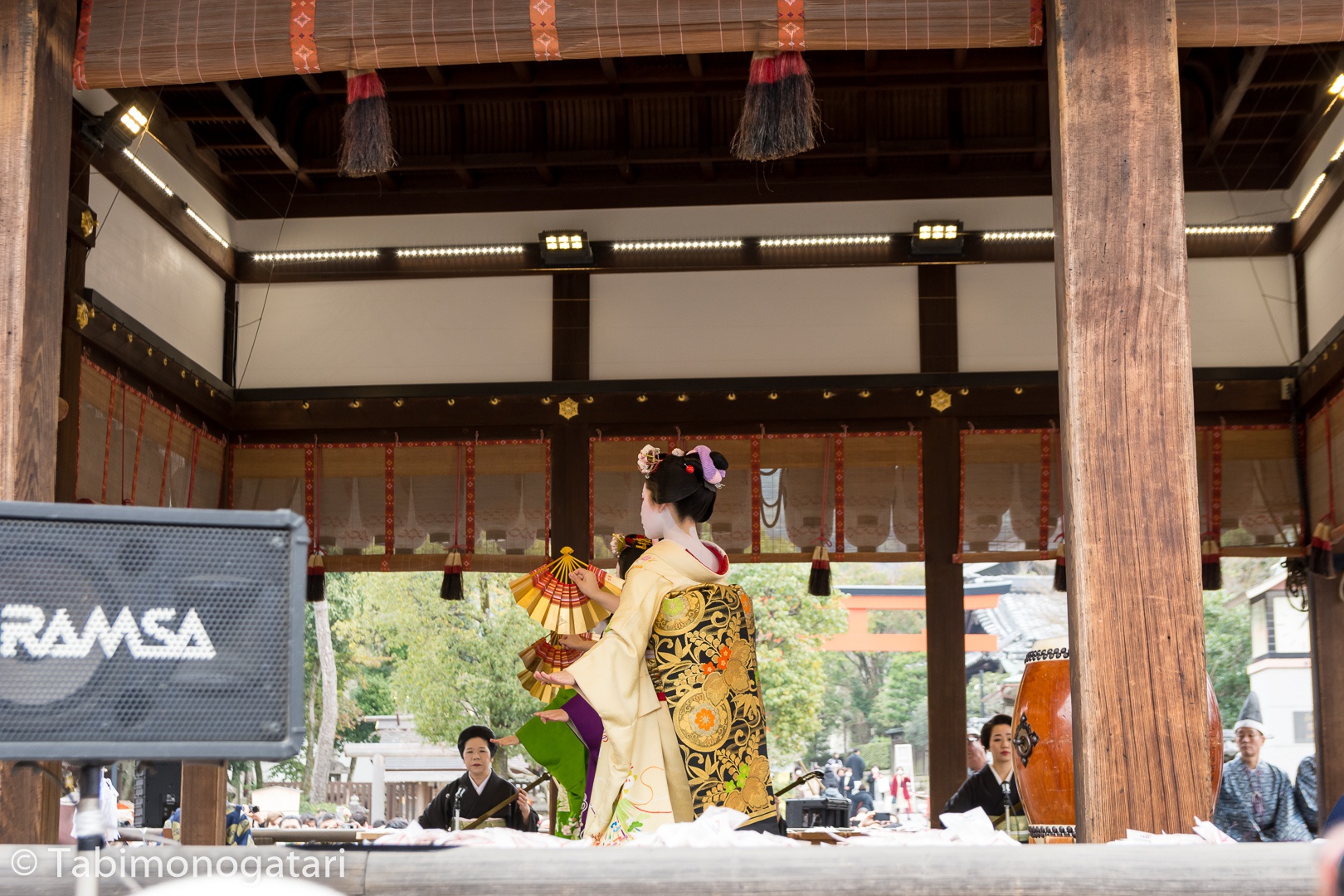 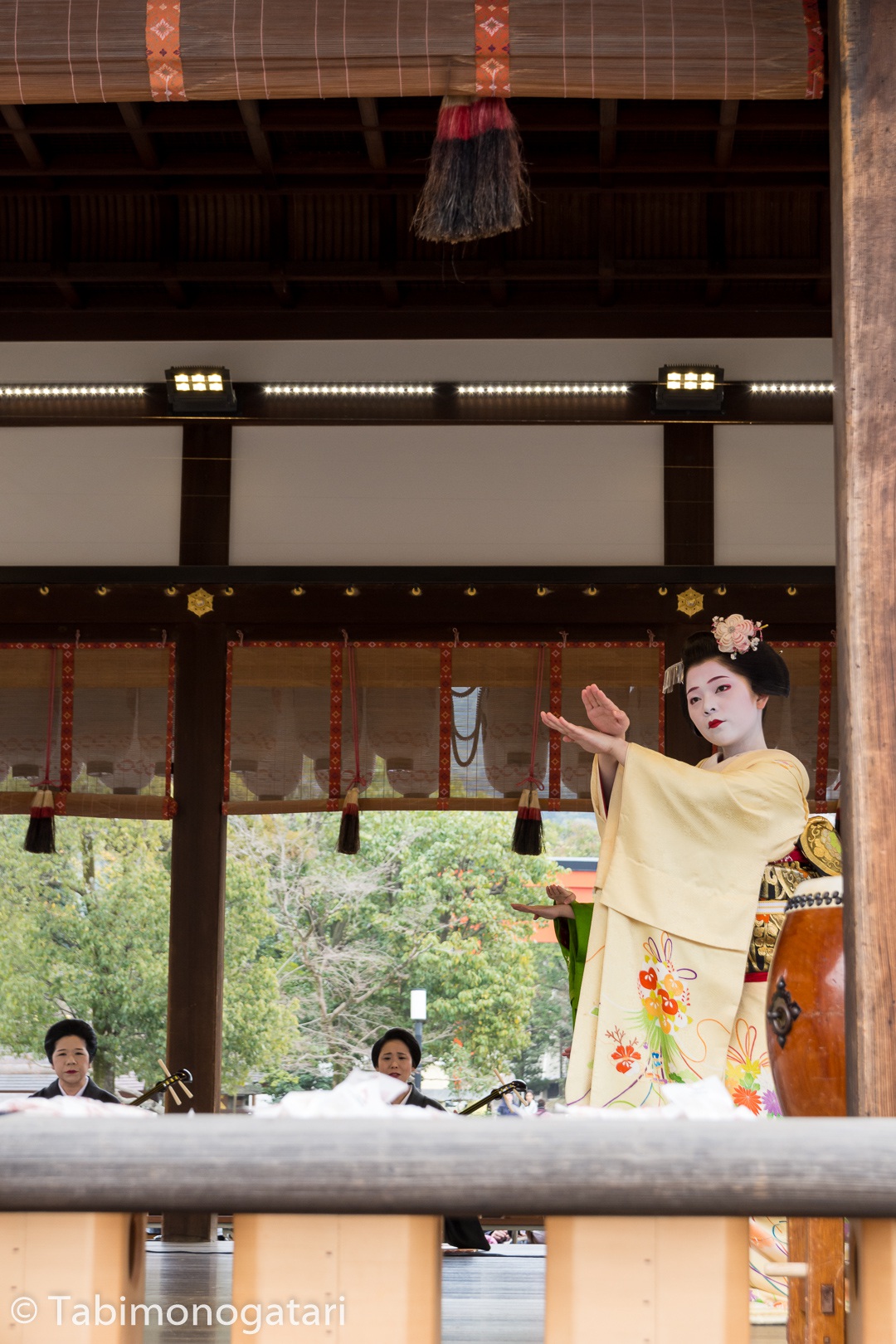 Afterwards, dozens of senior members began to throw packets of mame towards the crowd. This custom is called mamemaki and catching a bag means good fortune. While Japanese people are always polite and reserved, they did not know any mercy here. Unluckily I could not catch a single bag. 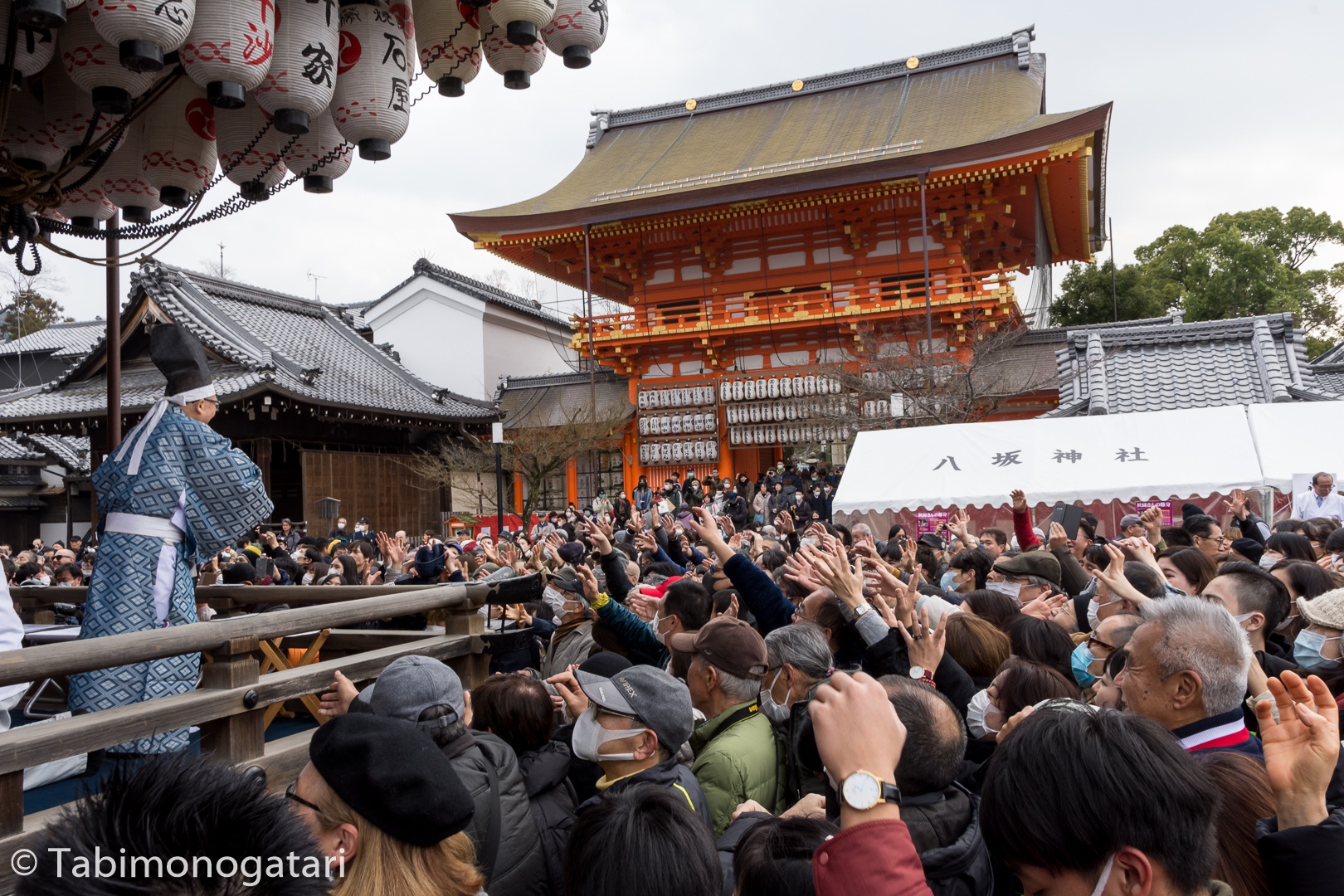 While the program would continue later, I moved on to Heian shrine which can be reached by foot. 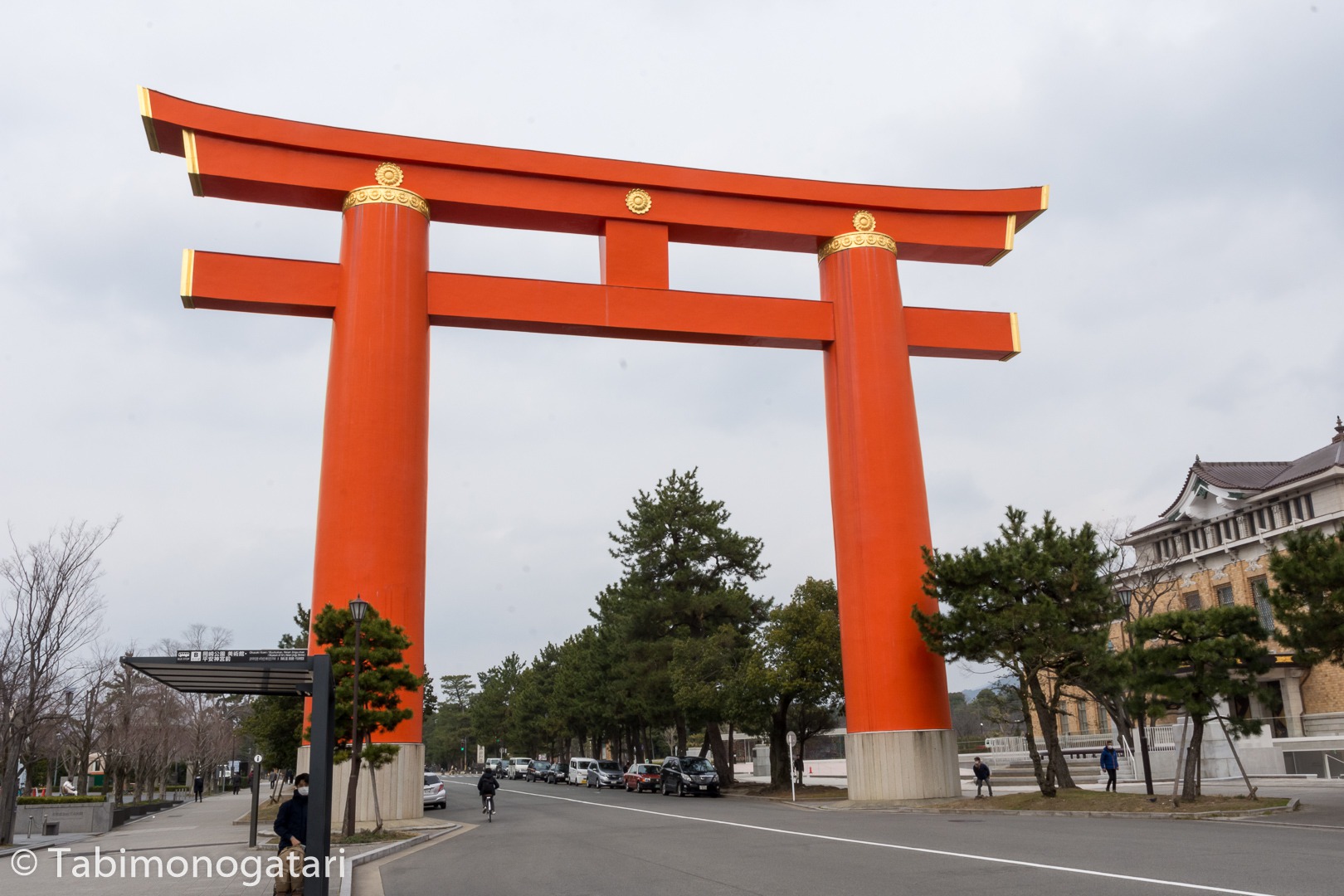 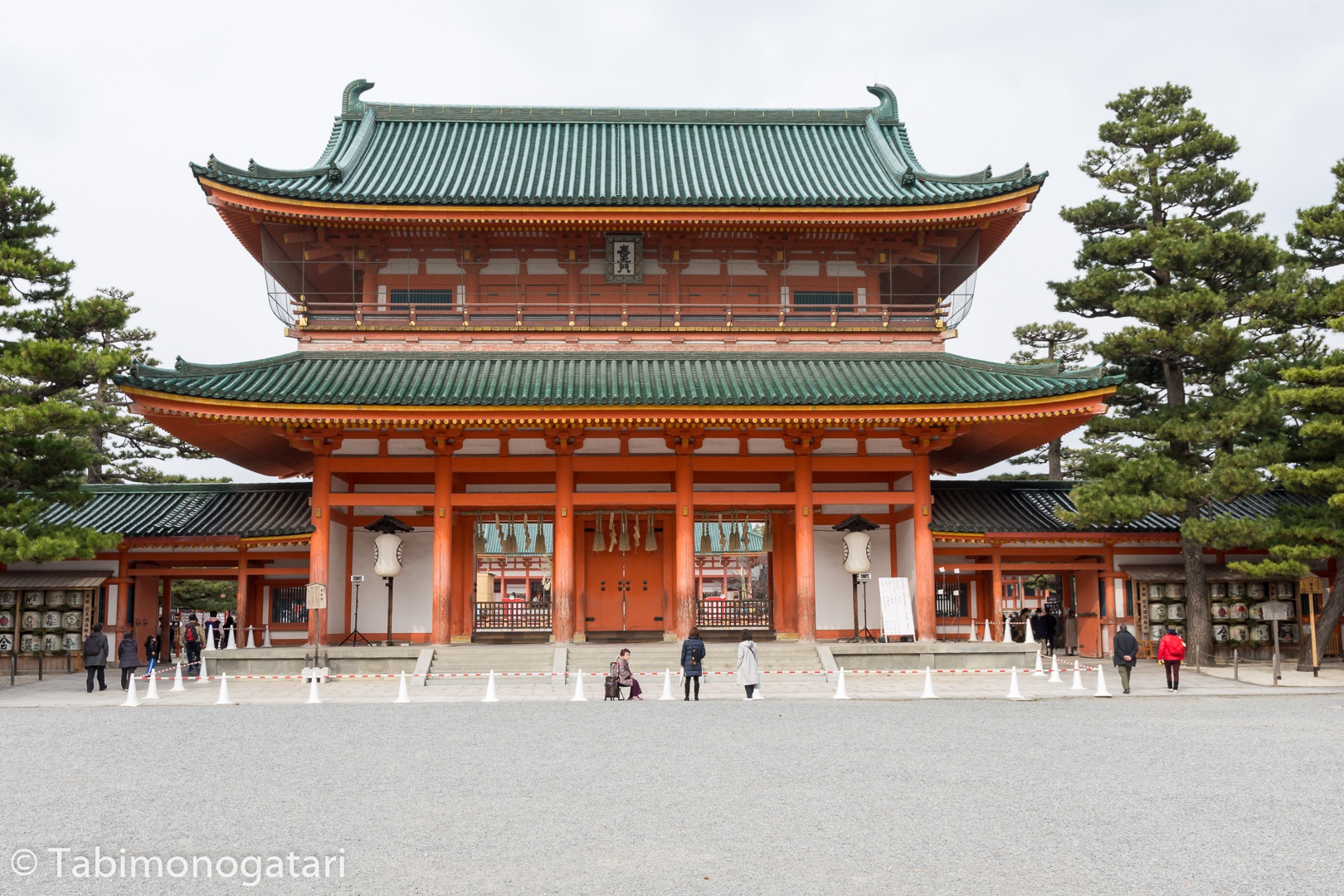 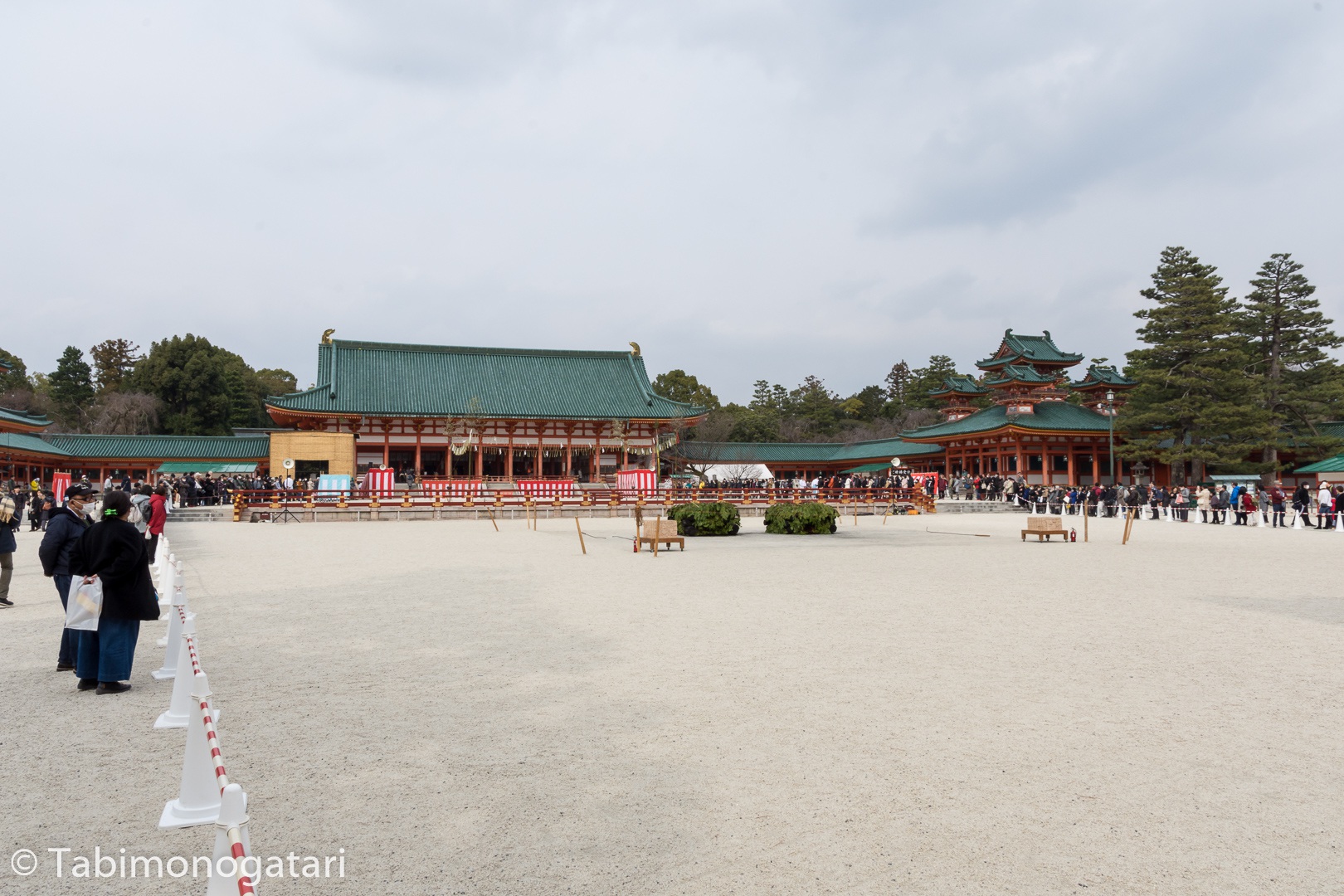 There, a exorcism ceremony called Daina no Gi began at 2pm that included an archery performance. For the details you can read this article. 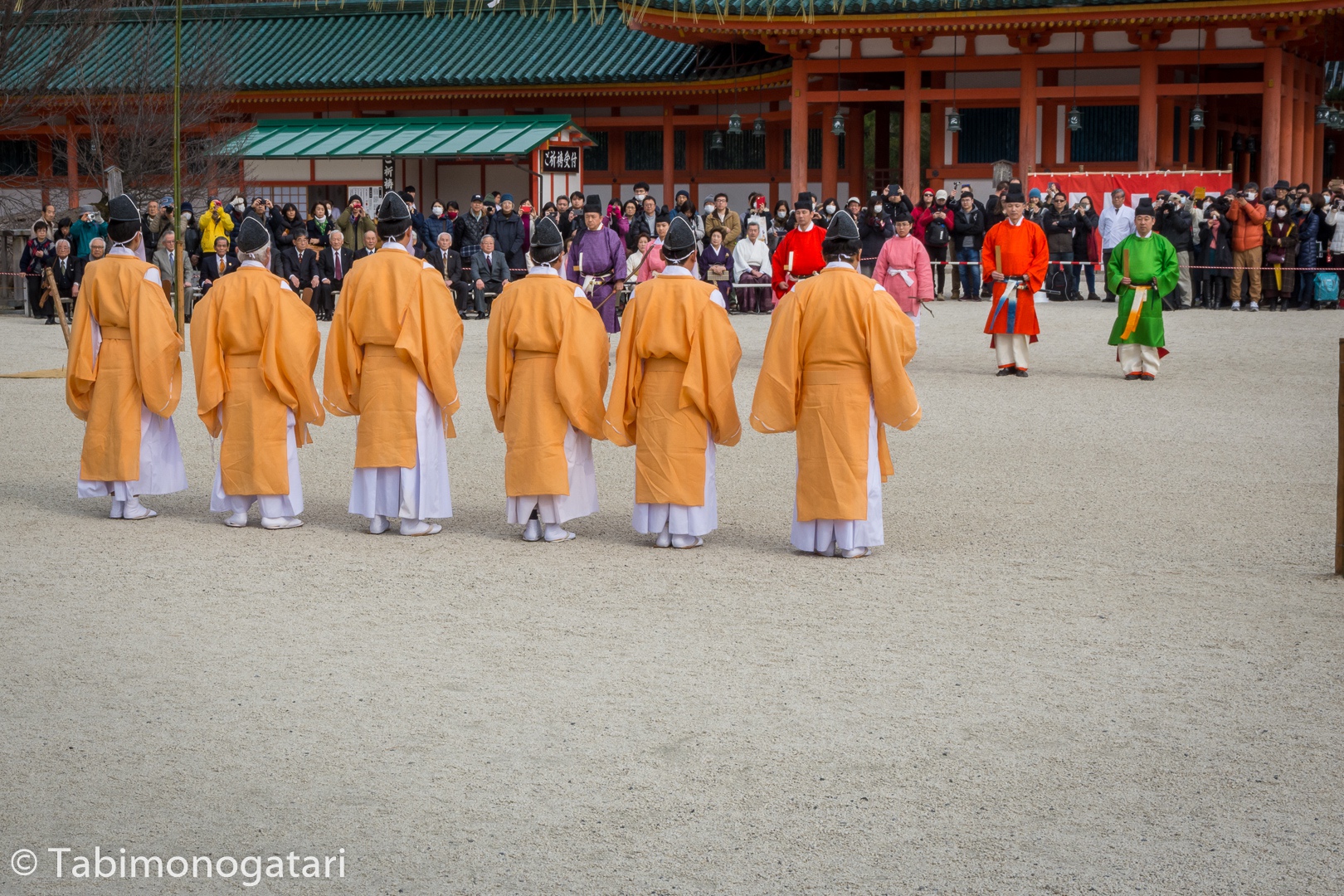 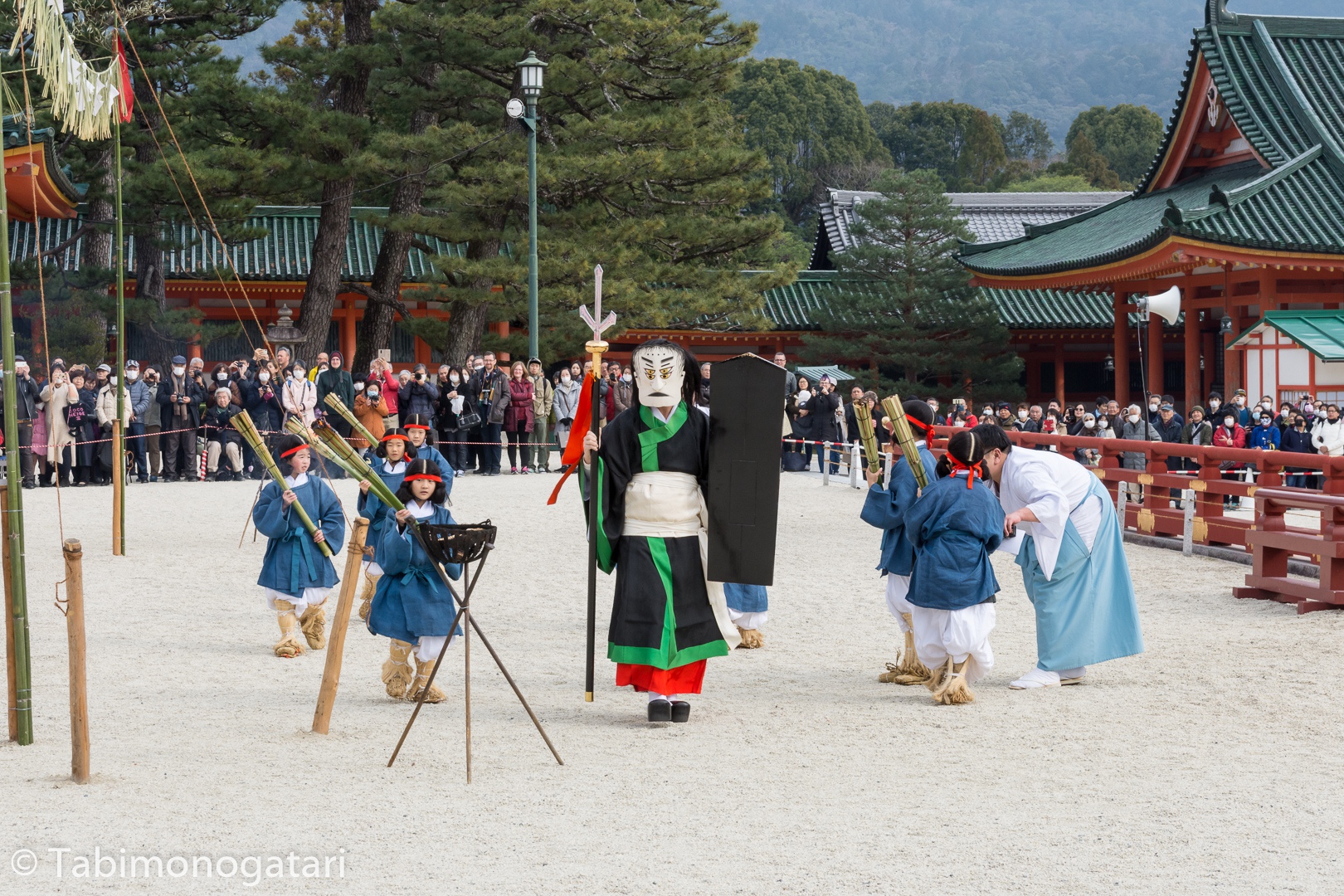 Thereafter, oni (demons) stormed in and momentarily took over the shrine hall. Of course they were then driven out again, concluding the performance. 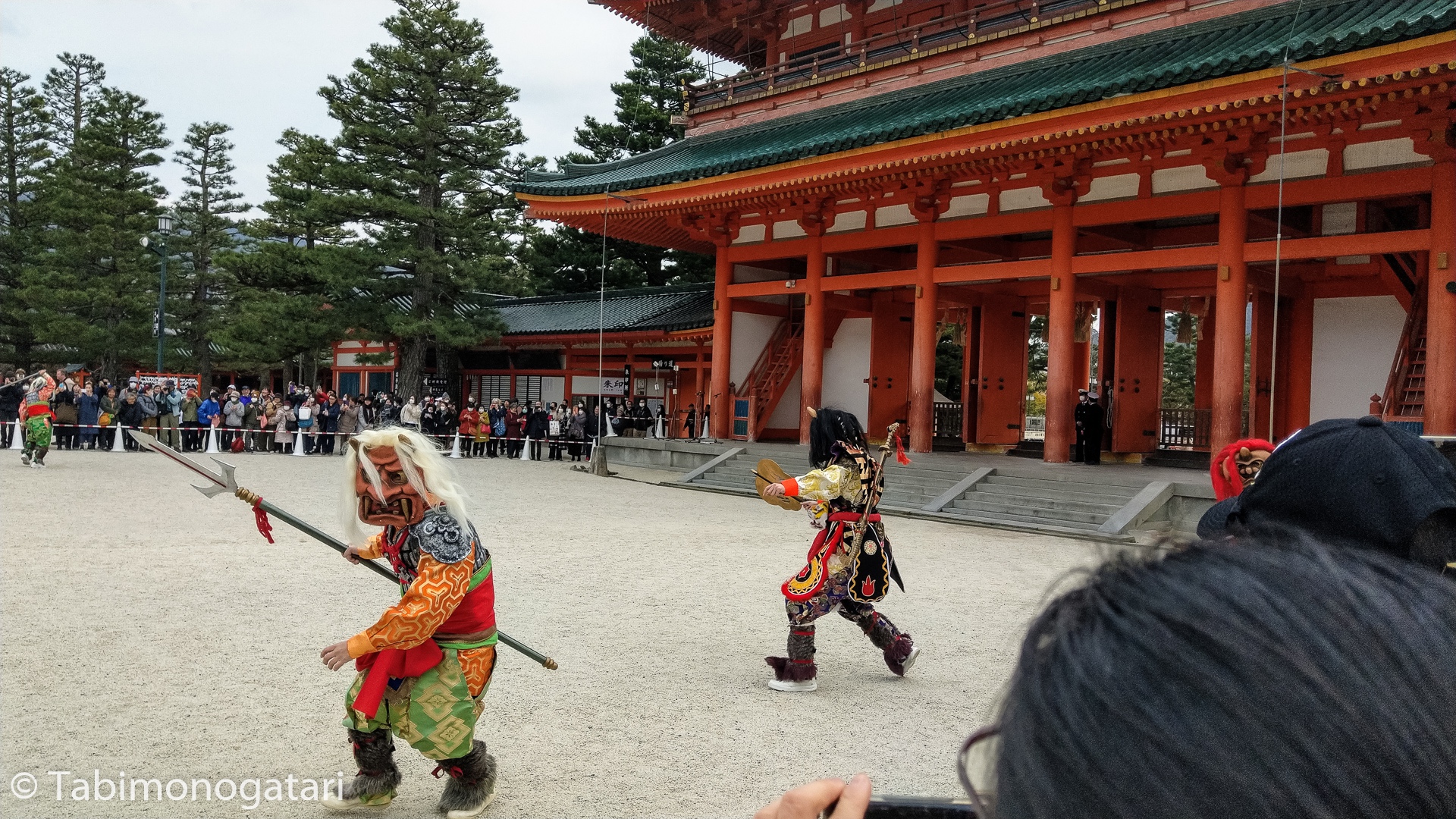 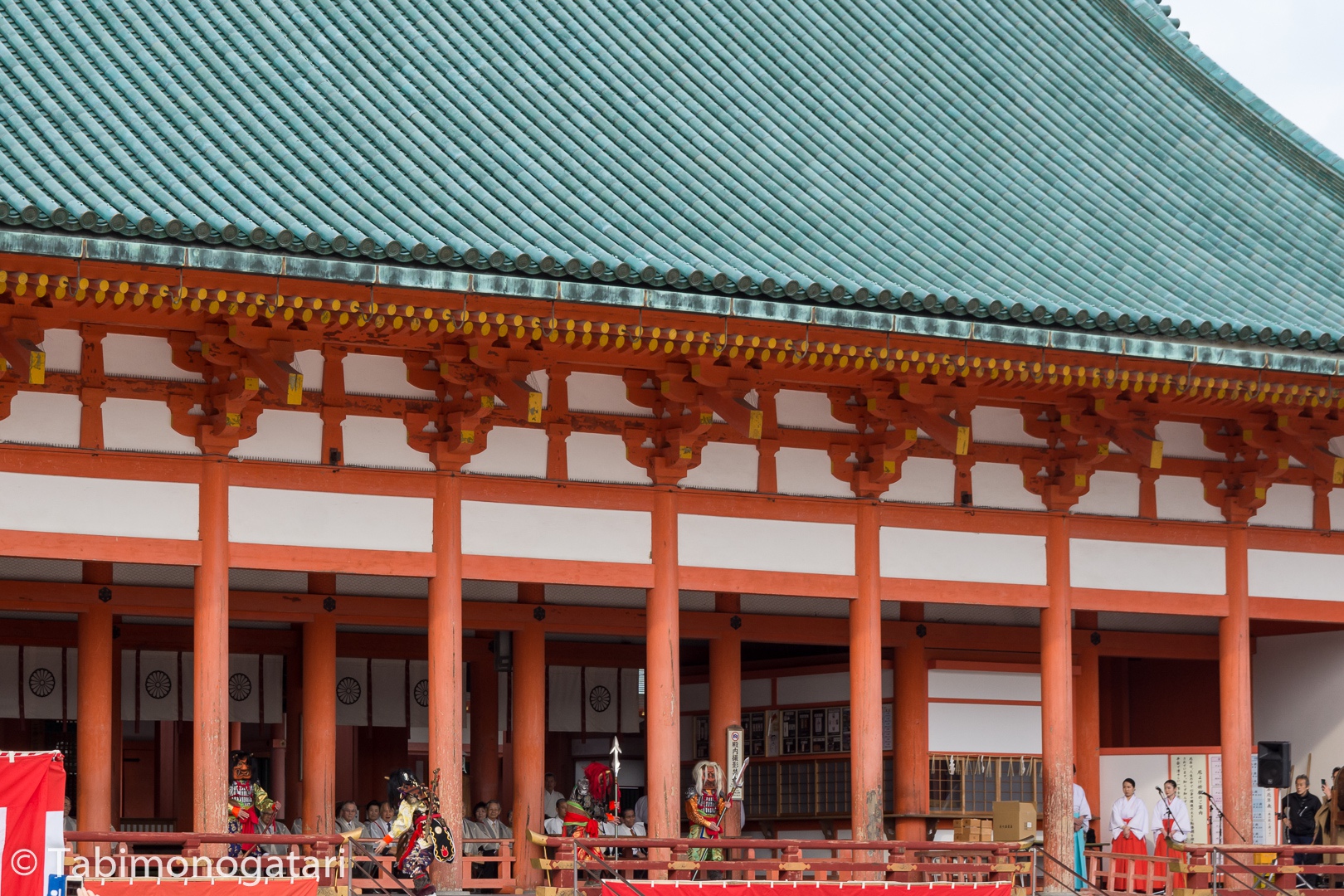 Next, the mamemaki started. While the elders threw he beans, two miko chanted the Oni wa soto! Fuku wa uchi! („Demons out! Luck in!“, 鬼は外! 福は内!) phrase. This time I could catch two packets, so I consider myself lucky for this year.

And the celebration still continued on. Now two bonfires were lit while monks chanted sutras. 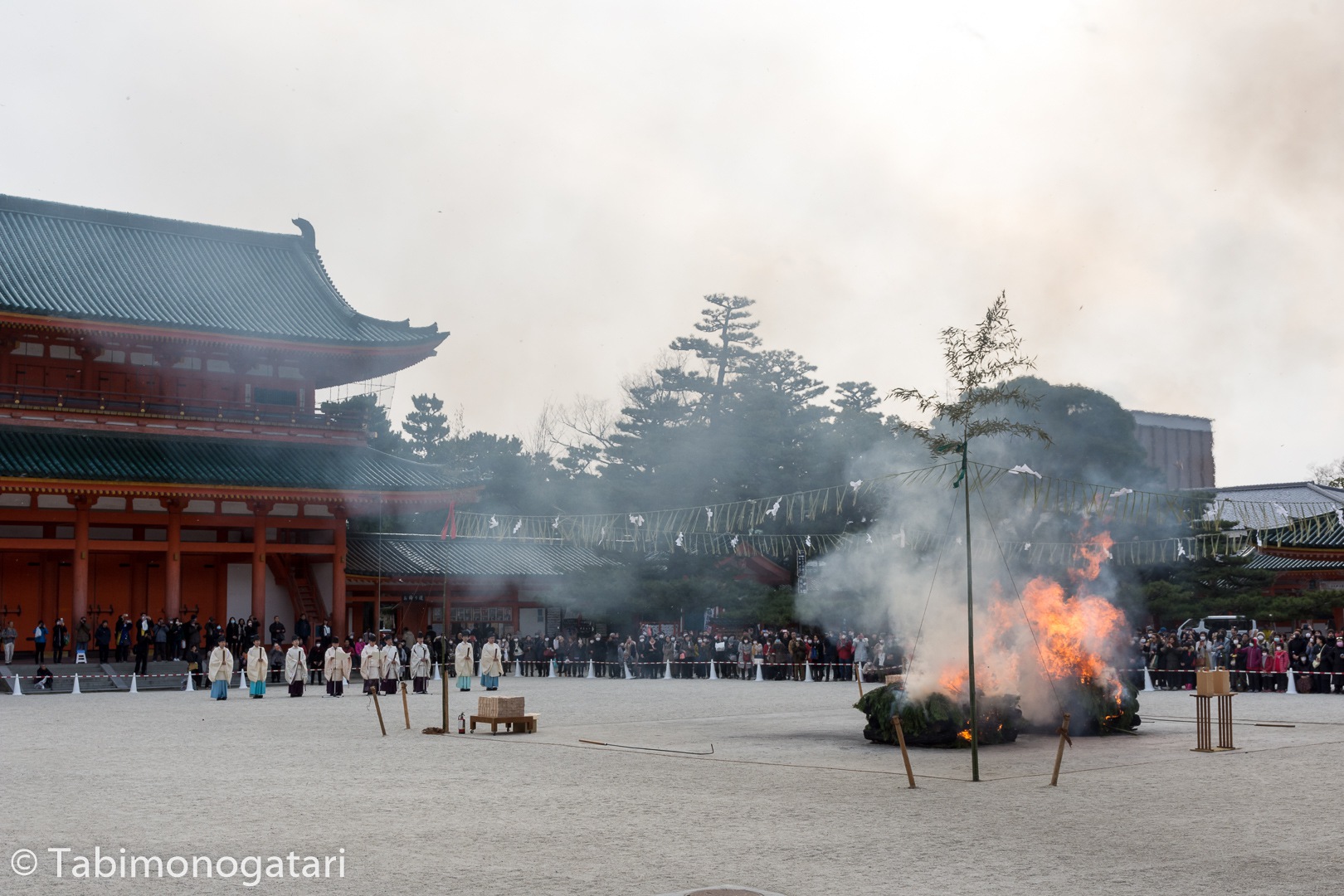 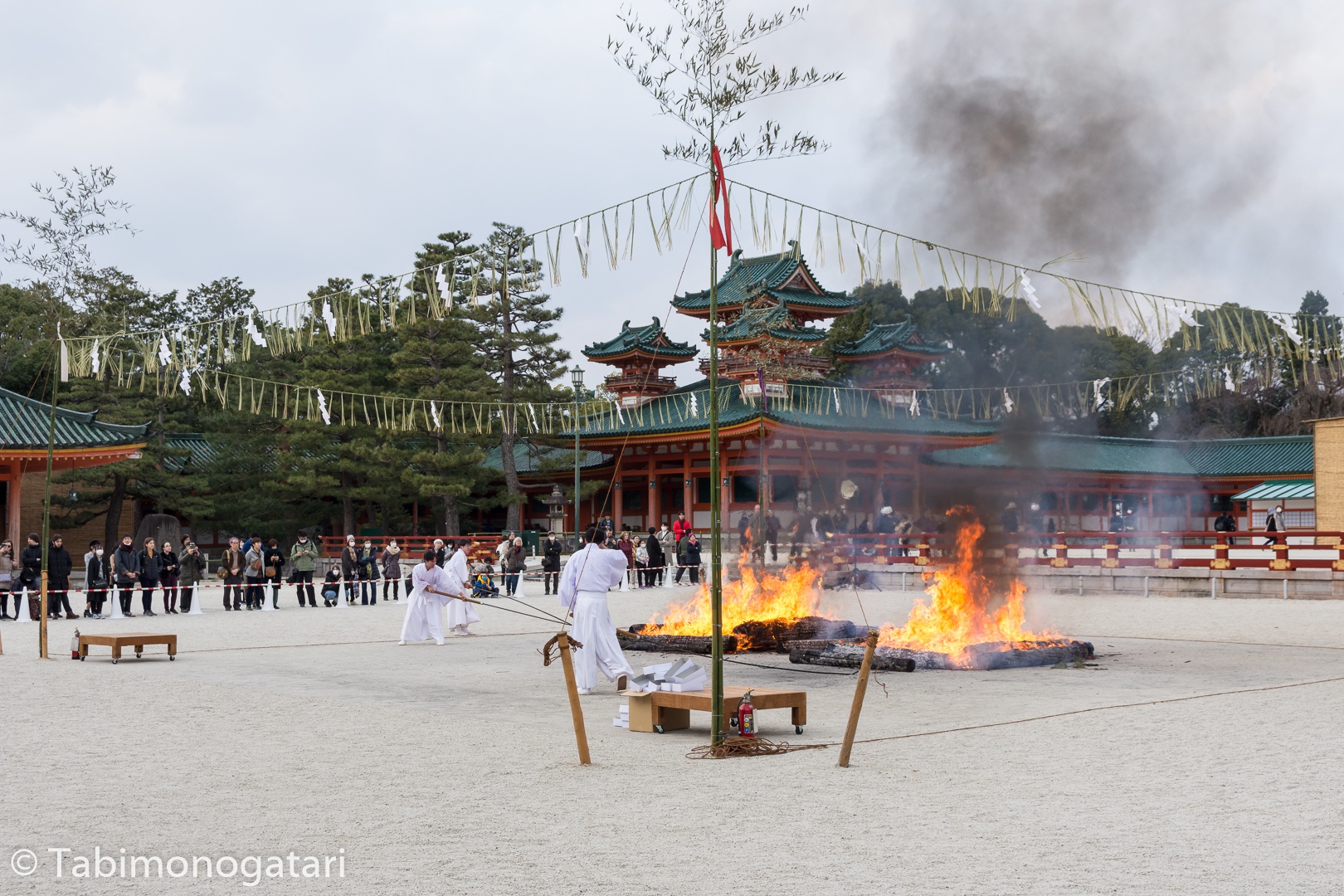 I shot a few clips during the events so you can get an impression of how it was like.

Afterwards I crossed the Kamo river and did some shopping in the Kawaramachi area. One tea shop, Ippodo, produces good tea and I wanted to stock up my dwindling supply. 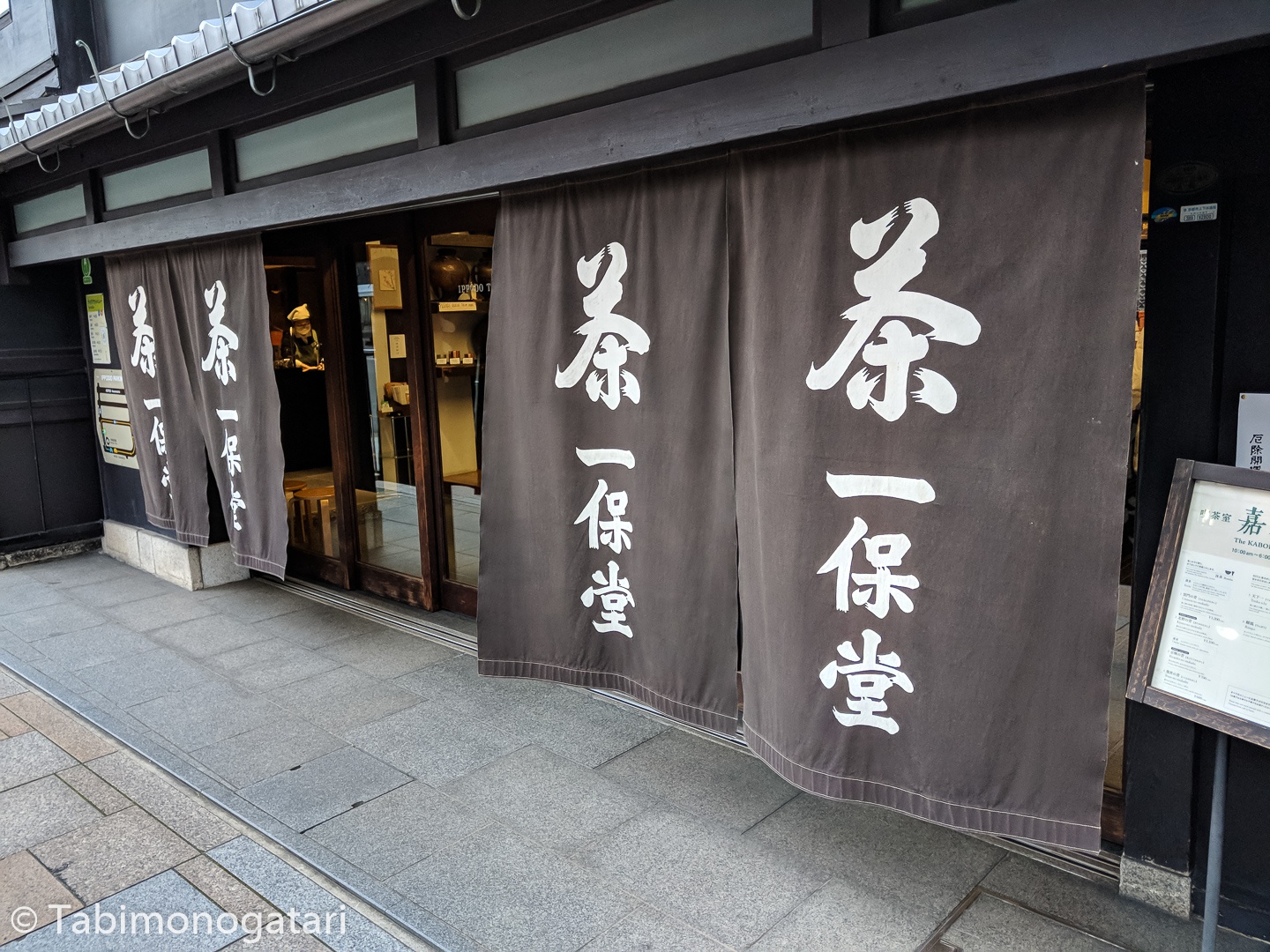 Before I noticed, it was past 8 already, so I headed back to Osaka. Osaka station is a huge complex that houses several stations of different rail companies. In the middle of it is a shopping mall called „eki marche“ where I went to pick up a bento box. By that time it was already discounted by 20%. At the combini I picked up a matching drink and had a relaxed dinner in the hotel room.