Spring is around the corner, meaning the Japanese convention season is about to begin. This year I will visit three major conventions in Germany, one of them is the Dokomi in Düsseldorf. In this post I will introduce the event and this year’s program.

The Dokomi convention takes place on the weekend from 18th to 20th of May the Fair grounds of Düsseldorf. This year’s edition marks the tenth anniversary. Since I attended the event for the first time in 2014, it vastly expanded event space and and added many new aspects. Notably, last year the convention took place in three exhibition halls. This year they will make use of six halls with over 60000 square meters. 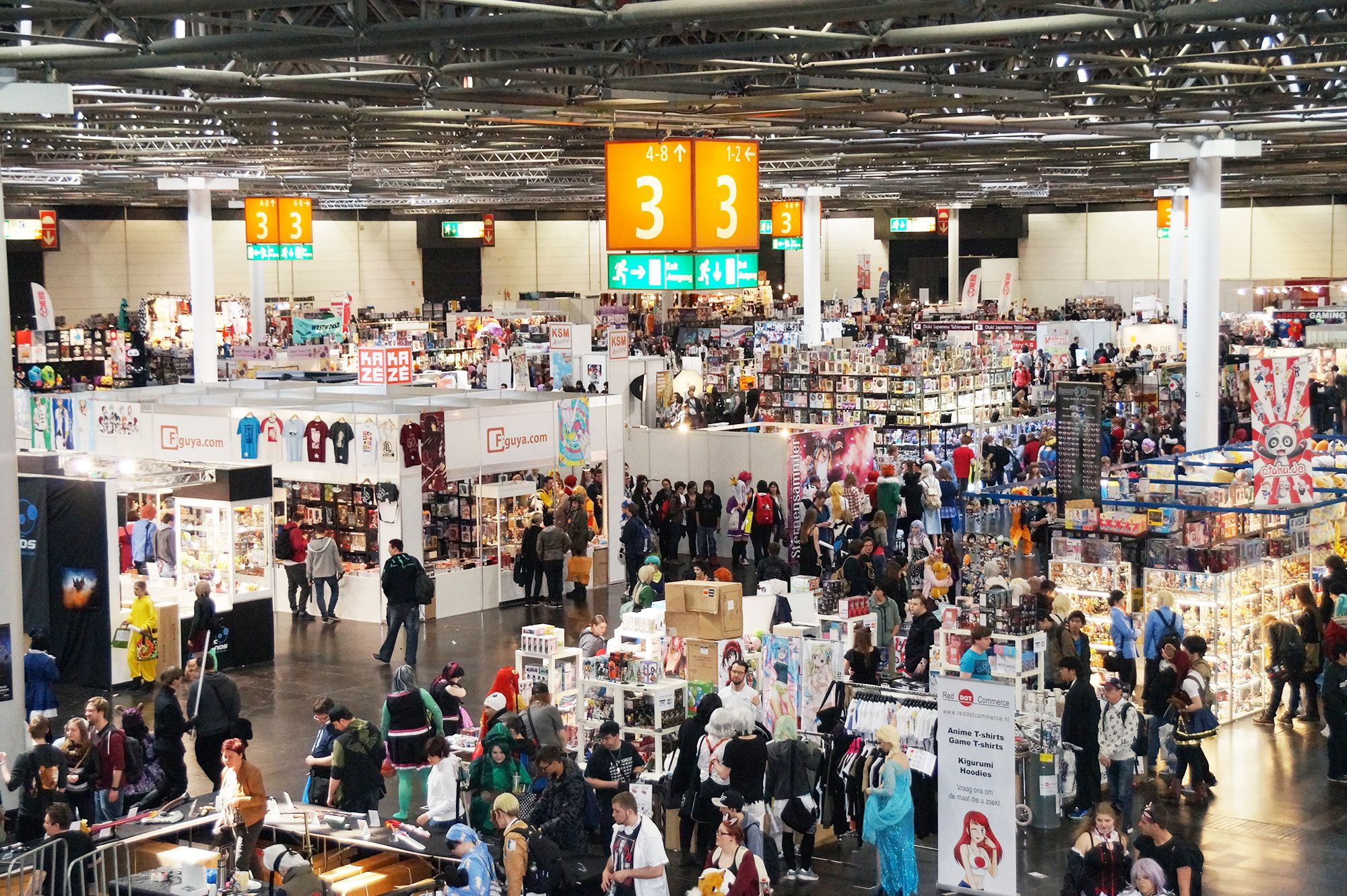 A big advantage of the convention is the proximity to the large Nordpark and the river Rhine, as well as to the city center which hosts countless Japanese restaurants and shops. Cosplayers and photographers alike value the variety of backdrops for photo shoots.

On Saturday evening the halls close rather early for two special offerings to take place. First, there is the Cosplay ball, where everyone dresses up and dances in a ballroom. Secondly, there is the J-Disco where multiple DJs play anison and Japanese music. In the recent years popular Japanese DJs such as RAM RIDER, kors k and HachiojiP were invited. Unfortunately, the ball tickets are sold out by this time but there are still some Disco tickets left.

Every year the event invites celebrated and upcoming stars and talents from Japan and Asia. My highlight this year is Megumi Nakajima, a voice actress and singer famous for works in the Macross Frontier franchise. I also look forward to see Eri Sasaki perform her melodic peaceful songs. For the second time, the otaku entrepreneur Danny Choo is invited who gave an interesting panel last year.

Cosplay is a important topic for Dokomi and that also shows by the number of foreign cosplayers they invite. This year Mon夢 and Stayxxxx from Taiwan and Phil Mizuno from Canada will be there.

Another new pillar Dokomi is trying to establish is gaming. In fact, this year they host a pre-event on Friday evening which requires an additional ticket. For more details I refer to the corresponding page.

Summing up, this year Dokomi has a lot to offer again and I look forward to attending on both days.

You can find out more on the event’s website, and on social media.