A few weeks ago I attended the Chienbäse parade in Liestal for the first time, and I wonder why I did not come earlier now. This fascinating tradition is carried out every year on the Sunday evening before Fasnacht in Basel.

When we arrived at six, the Guggen roamed the streets in scary costumes and played music. 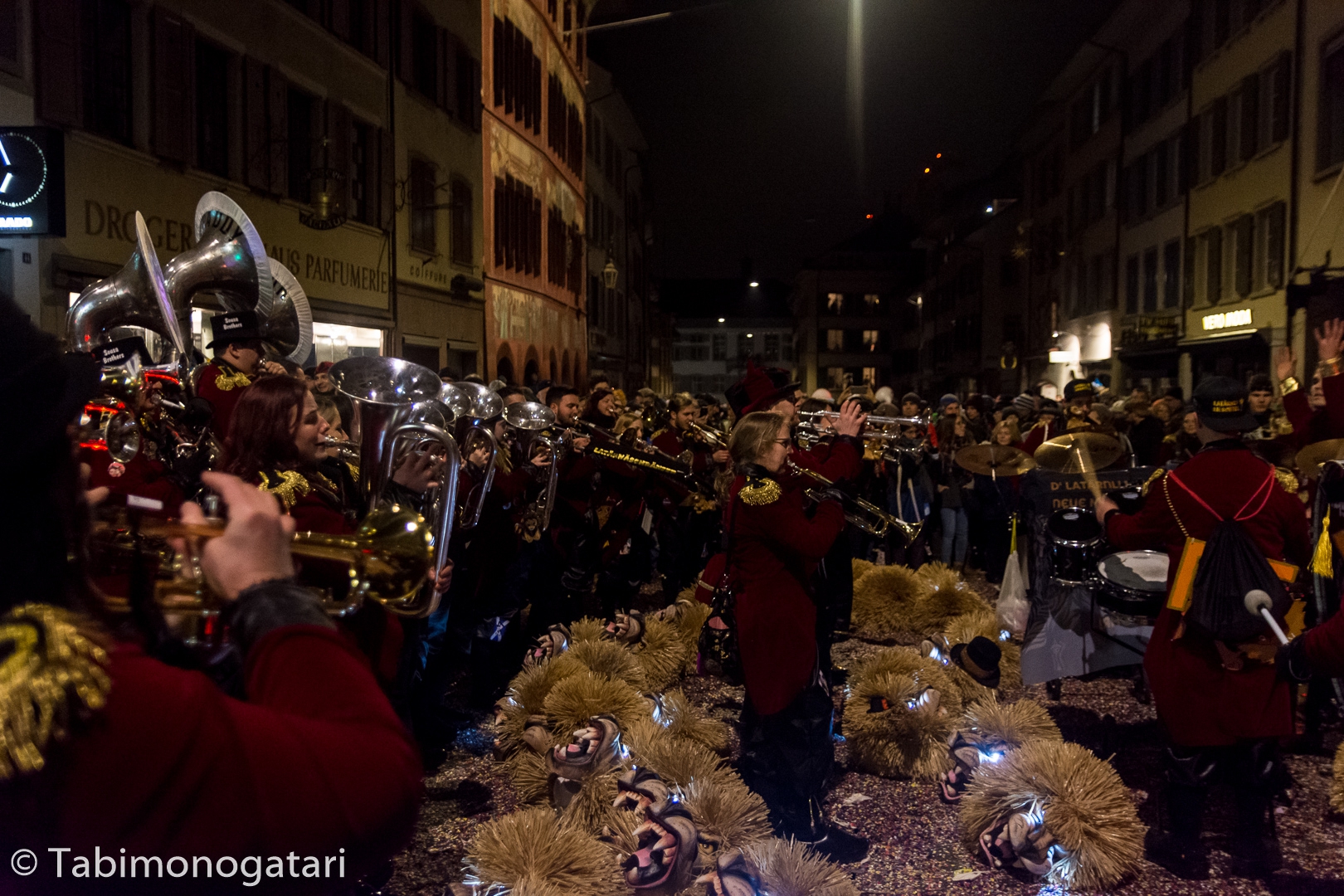 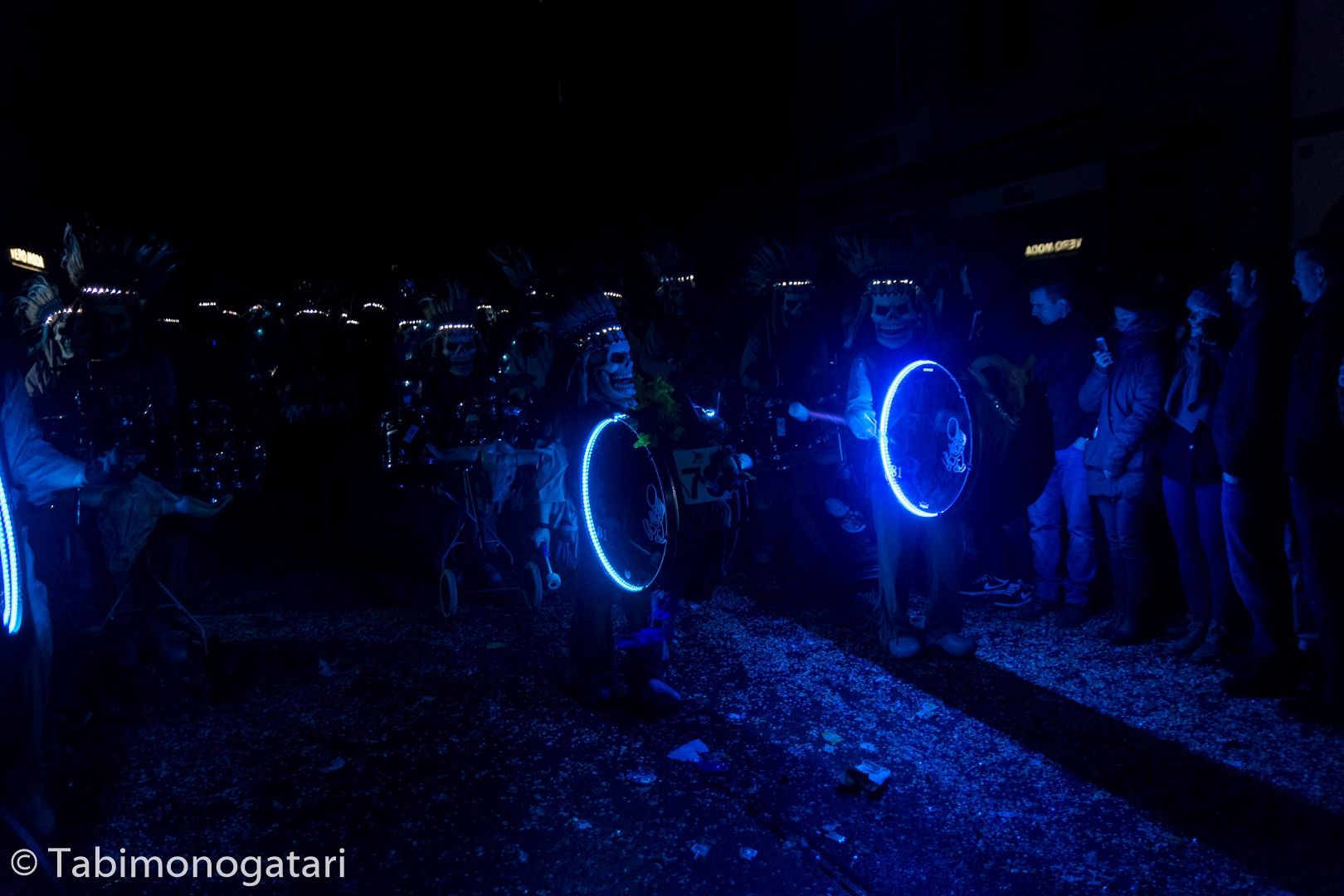 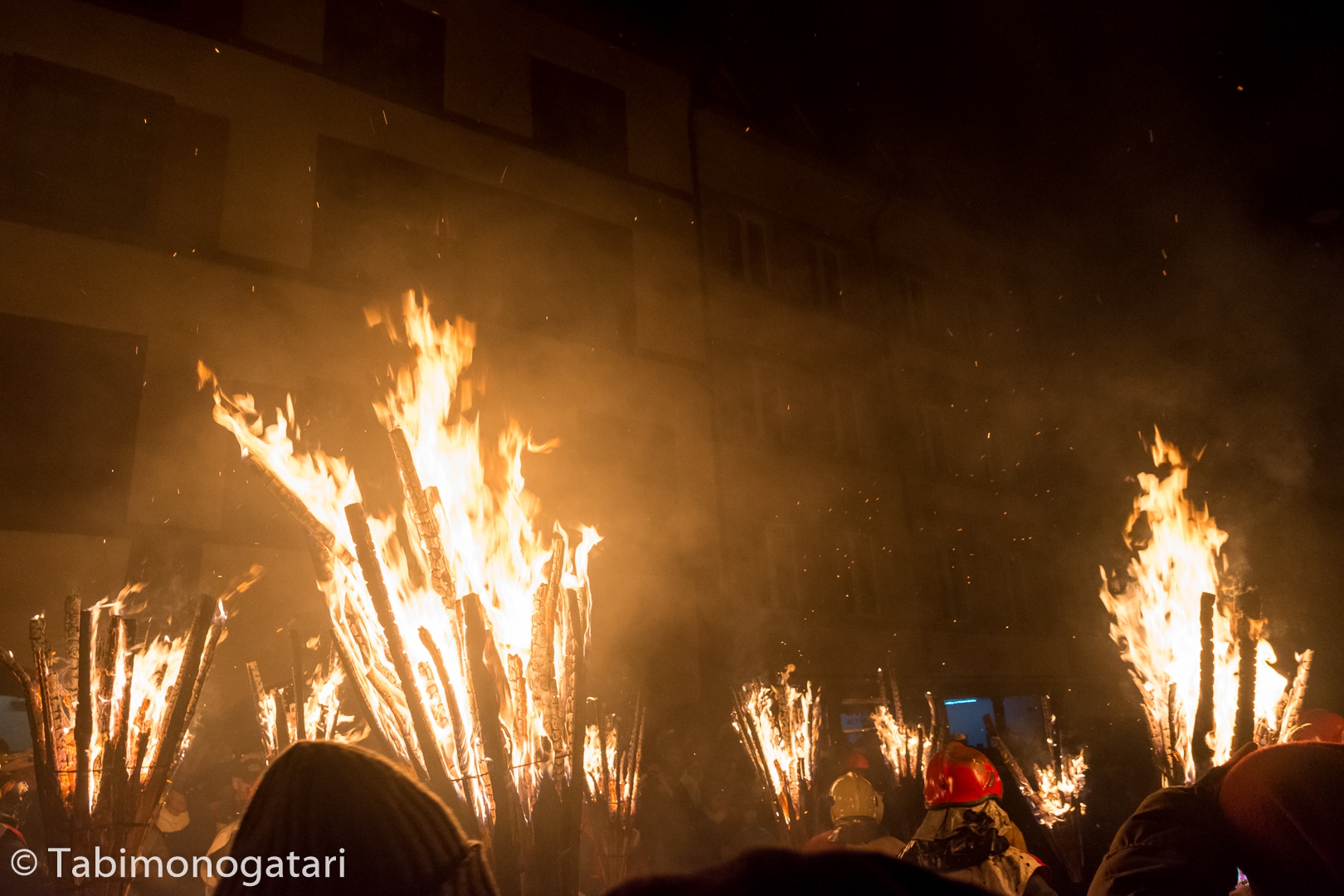 Townspeople carry firewood aligned to look like broomsticks through the narrow old town alleys. There is little room, so the crowd has to shield themselves from the intense heat when a burning wagon passes by. 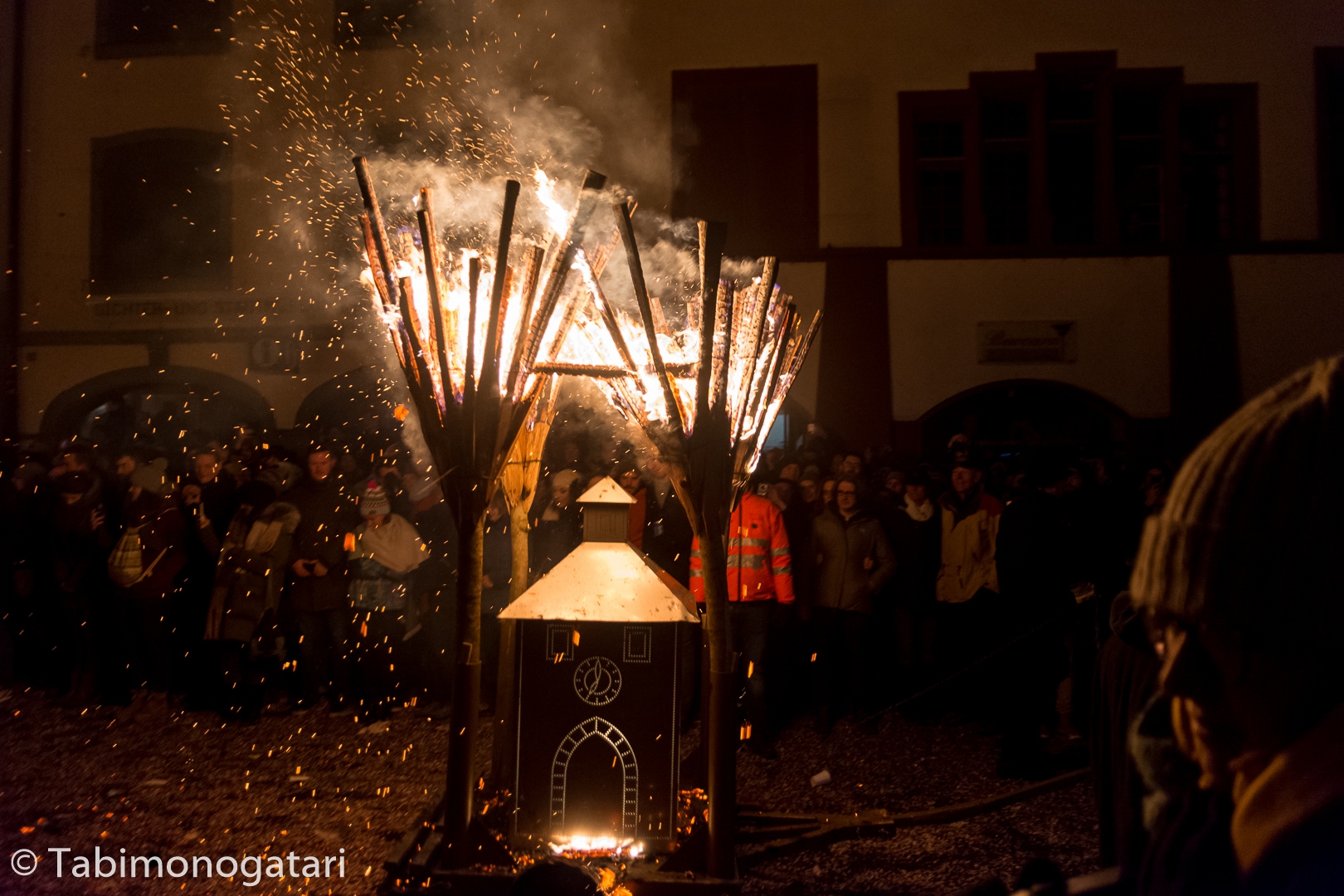 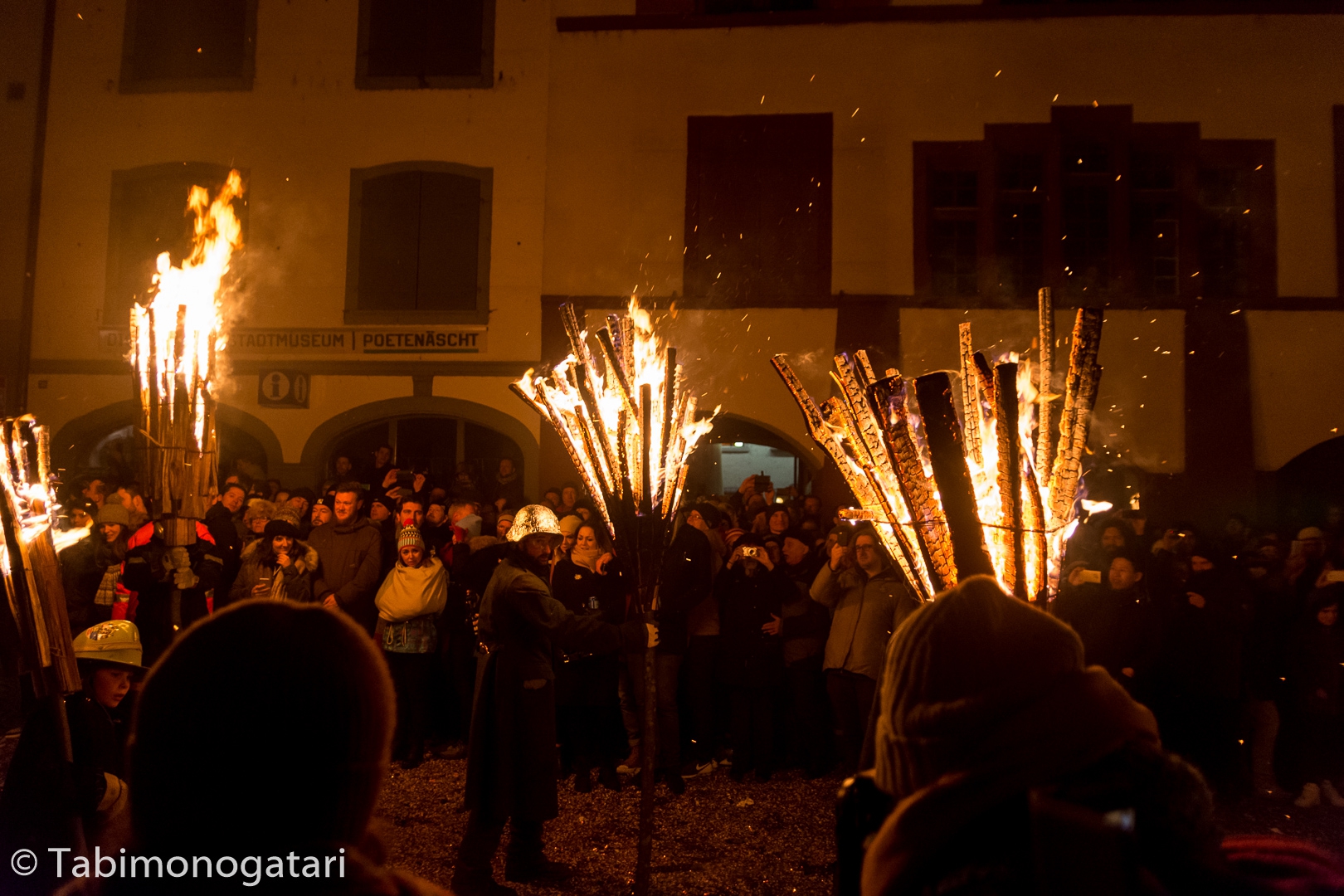 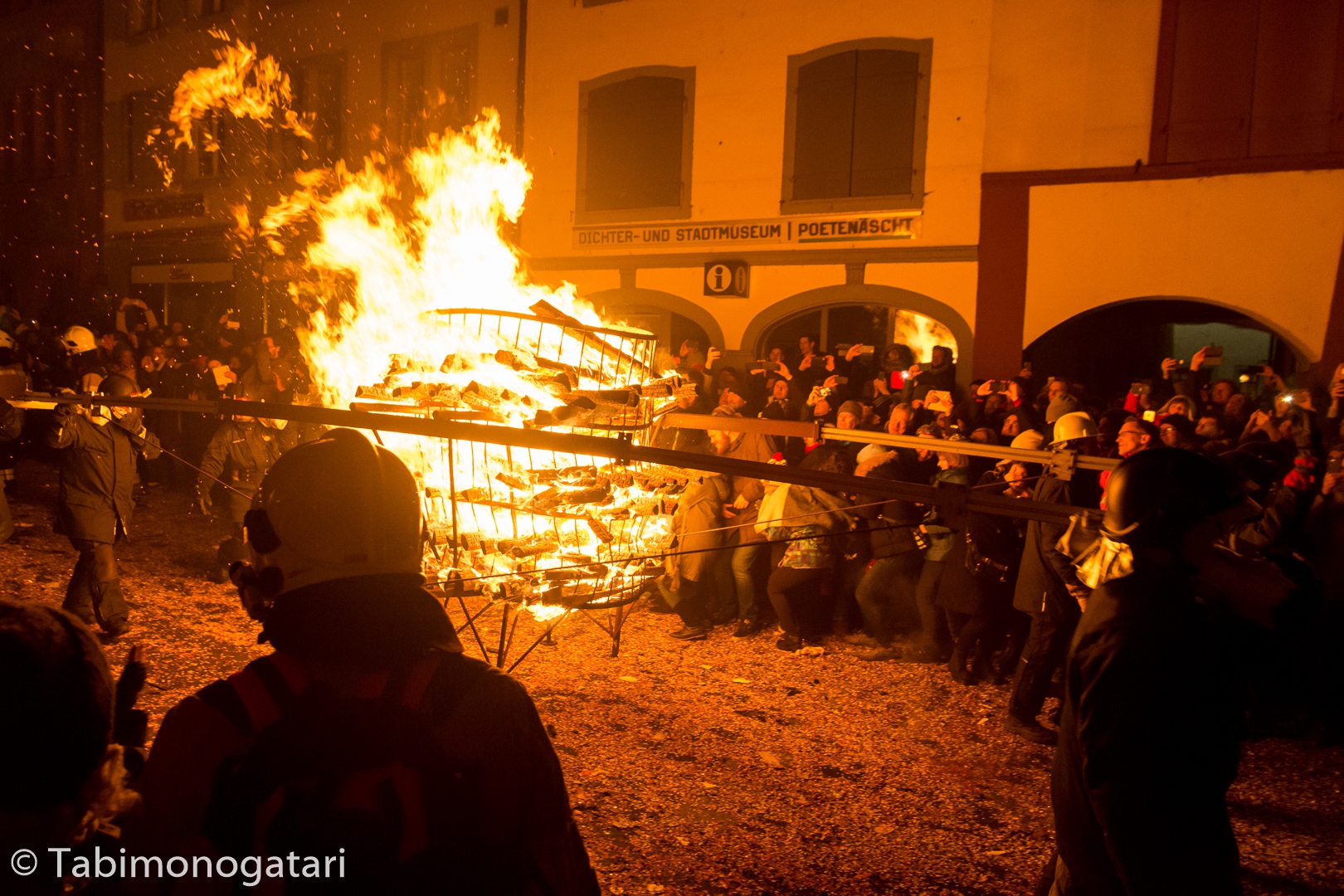 My clothes reeked after ash and coal for a long time after, so I recommend to wear some old clothes for this event. After the parade the Guggen continued to play music until late into the night.

The next day, the main parade in Basel took place. With costumes and music they proceed through the streets of Basel and leave confetti everywhere. It is typical of them to depict political issues and make fun of certain people. 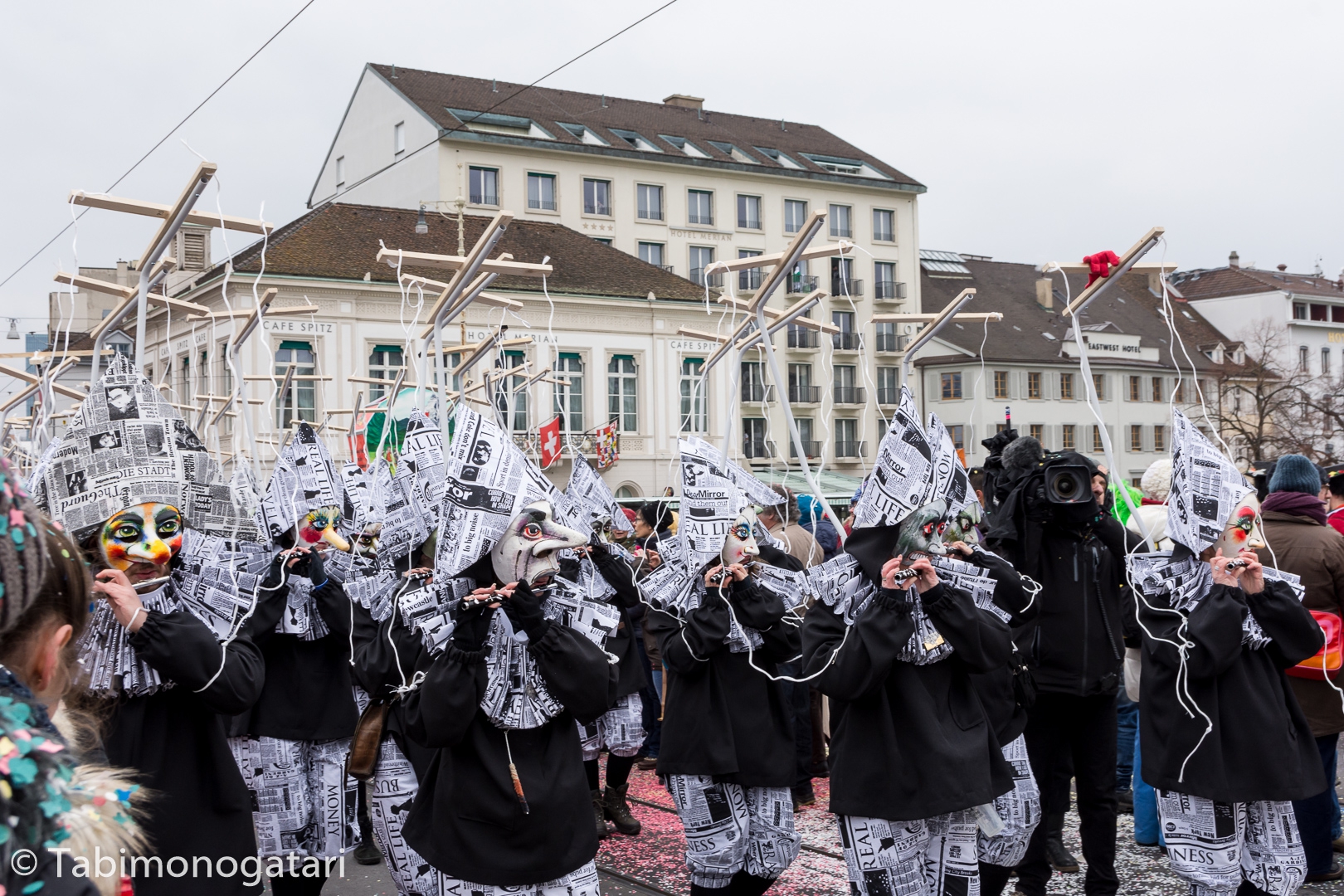 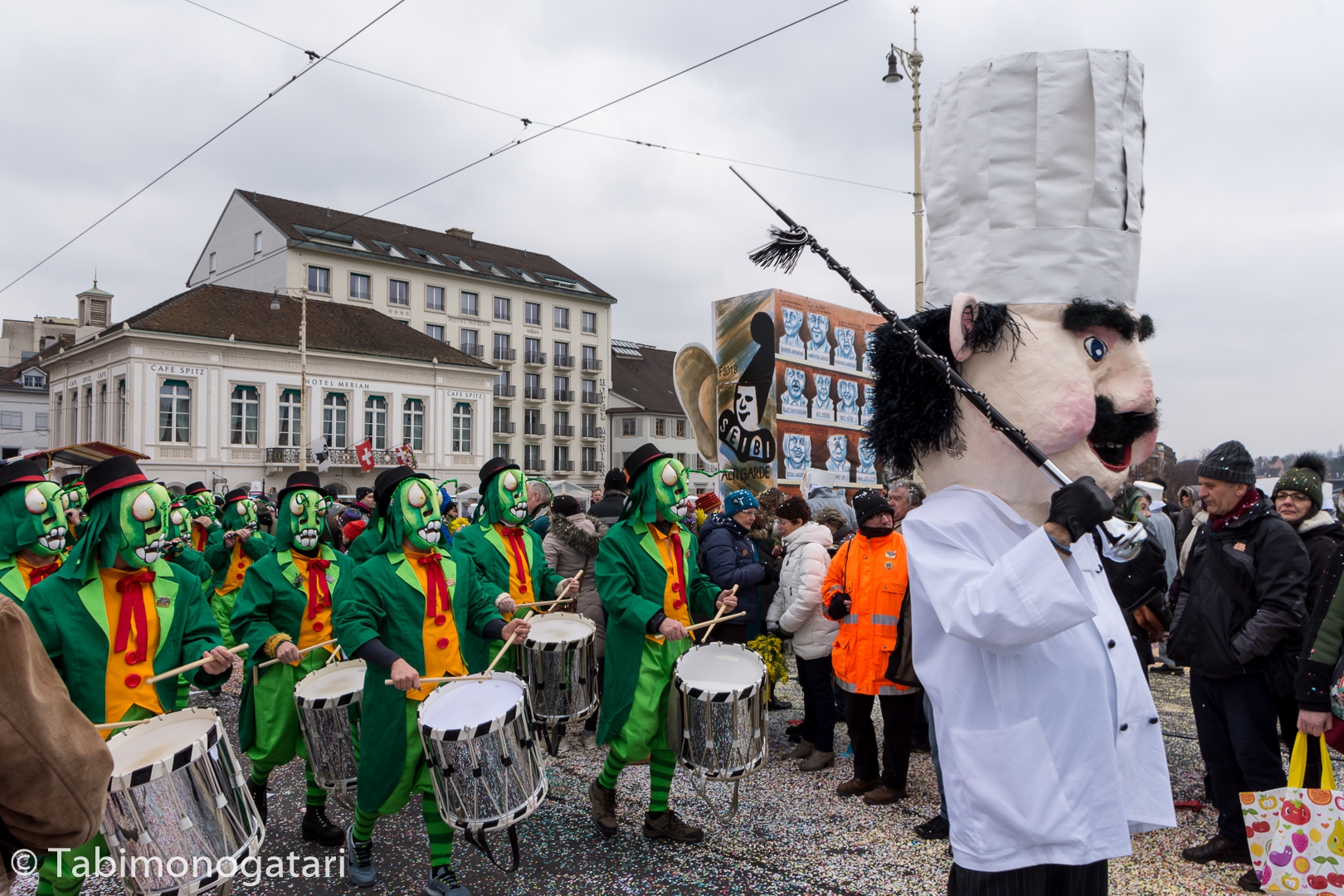 More pictures can be found in this gallery.