Dokomi, one amongst, if not the biggest Japan and anime convention in Germany opened its doors for over 45000 attendants from May 18 to May 20 at the fairground of Düsseldorf.

Matching the rapid increainc in popularity, the organizers have rented five halls with 60000 square meters. This year more emphasis was put on gaming with a gaming festival taking place before the main event on Friday evening. It is planned that Dokomi will take place for three full days from next year on.

This year I opted for a short trip, flying in on Saturday morning and returning on Sunday evening. While waking up at 5 am was not ideal it allowed me to arrive on site around 9 o’clock, briefly before general admission began. At the airport I met a friend from Paris who also came for the event. 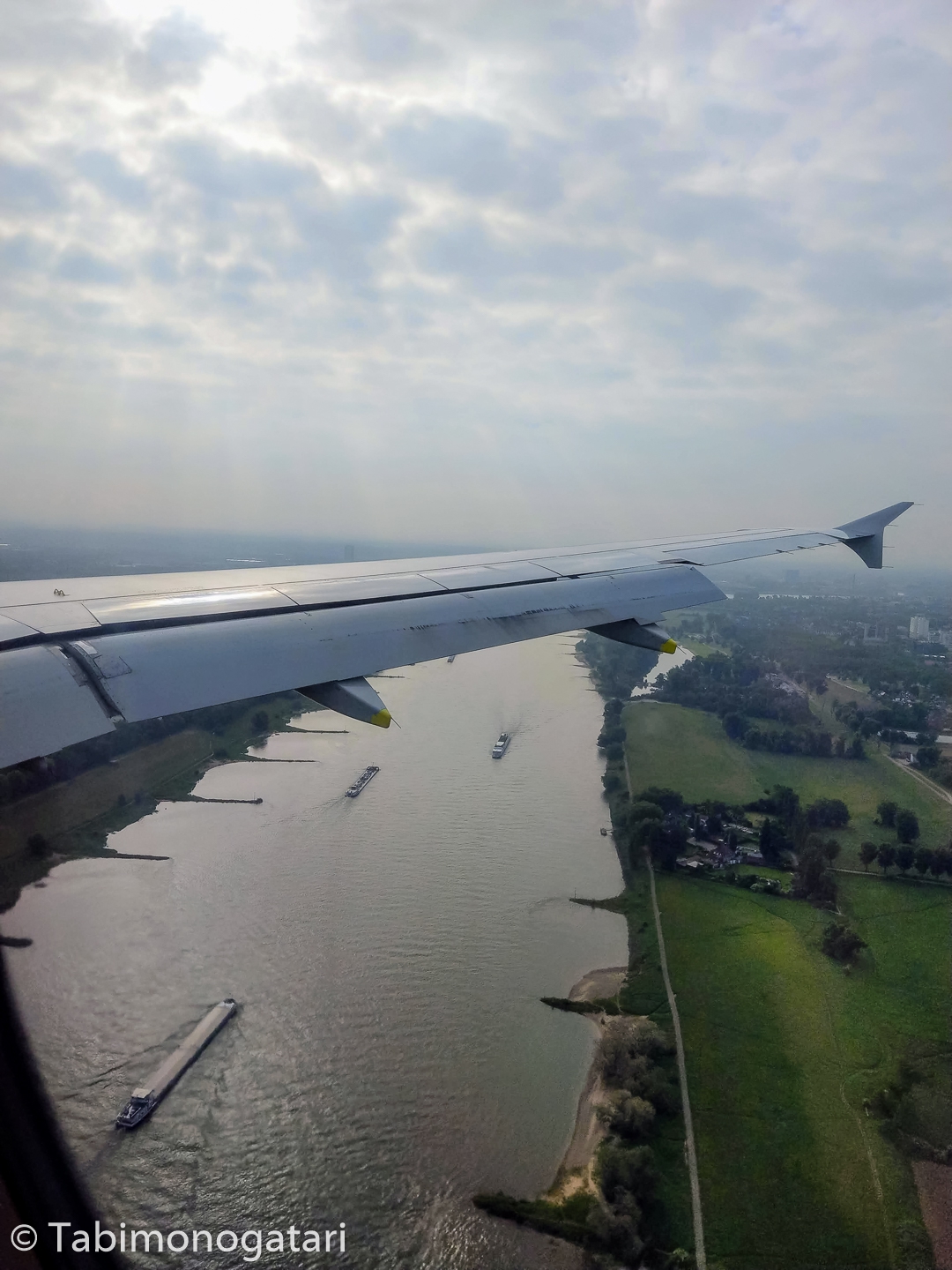 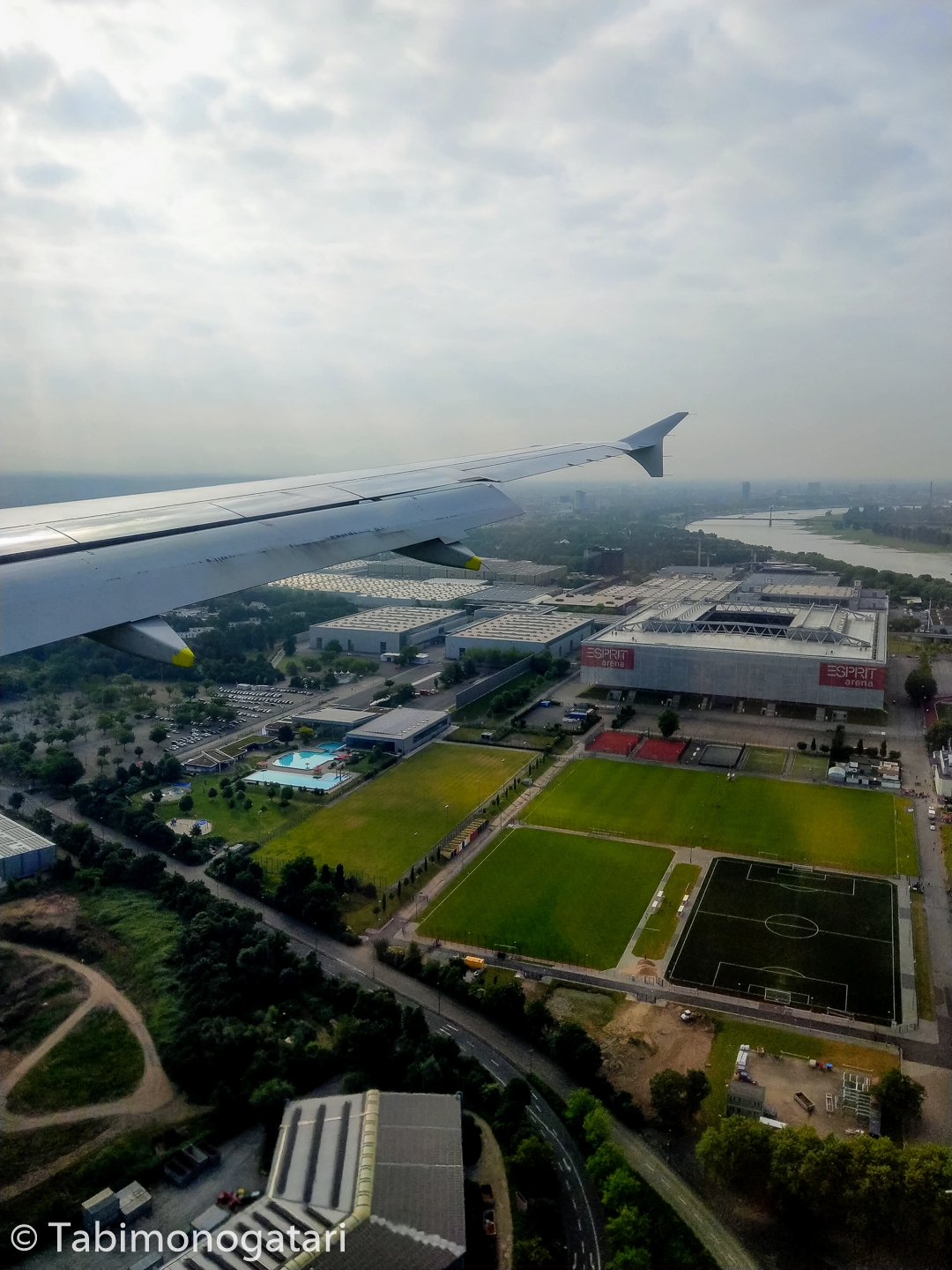 Last year there were complaints about the line management and the fact that attendees needed to wait up to an hour to enter the venue. The organizers improved several things this time and I was happy to see that the crowd moved at a steady speed shortly after 10 o’clock. The bag checks carried out by a security firm did not take a long time as they very briefly checked each item. 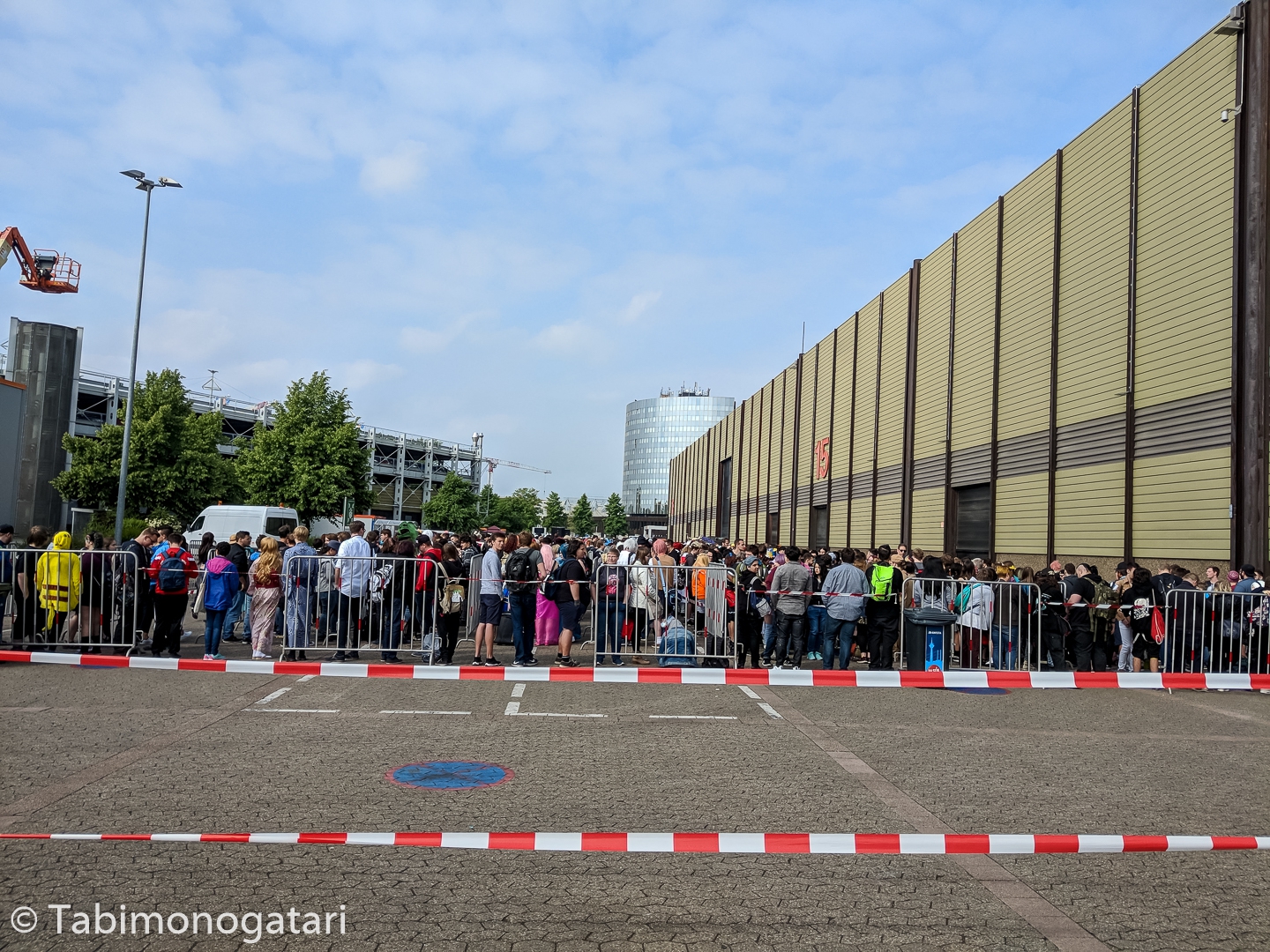 Compared to last year one more hall was added to host the convention which made the area quite extensive. Thus, it became even harder to find each other, considering that many also mingled in the adjacent Nordpark. In the first hall from the entrance, Hall 15, there were all the commercial sellers as well as the information booth and the Host café. The program points around gaming took place in the adjacent Hall 16. Across the inner yard were three more halls that hosted the artist alley, the workshops and the main stage, respectively. The conference center CCD East was also used for a second smaller stage. 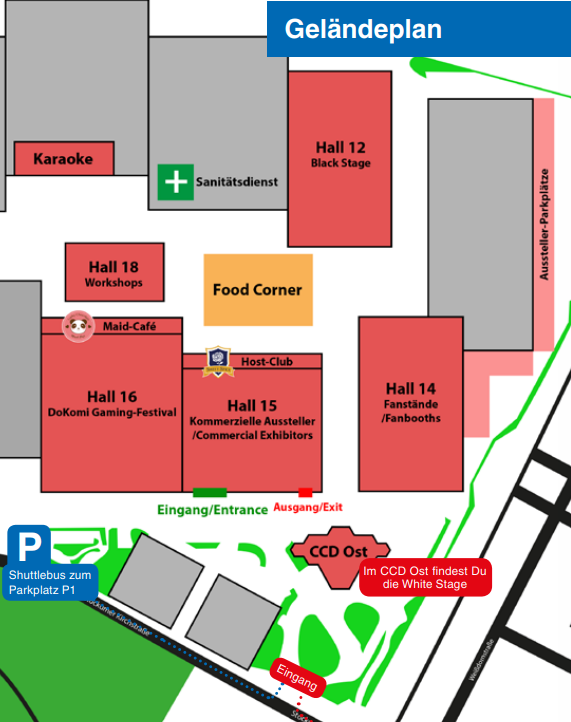 Just two of the many halls at Dokomi in Düsseldorf this weekend. ドイツドコミ会場の中の二つのホール。まだまだあります。#dokomi #smartdoll https://t.co/0axaw61Vp2 pic.twitter.com/MozbbX3eqU

Close to the entrance there were two booths from Japanese companies that came all the way to present and sell their products. The Harajuku based Lolita fashion label Liz Lisa showcased their cute outfits and offered to try them on as well. 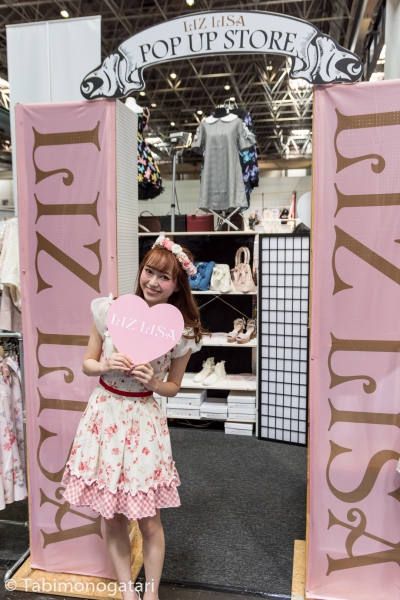 Not far from there Danny Choo set up the booth of his company showcasing their Smart Dolls. In just twenty minutes they sold out all of their stock. 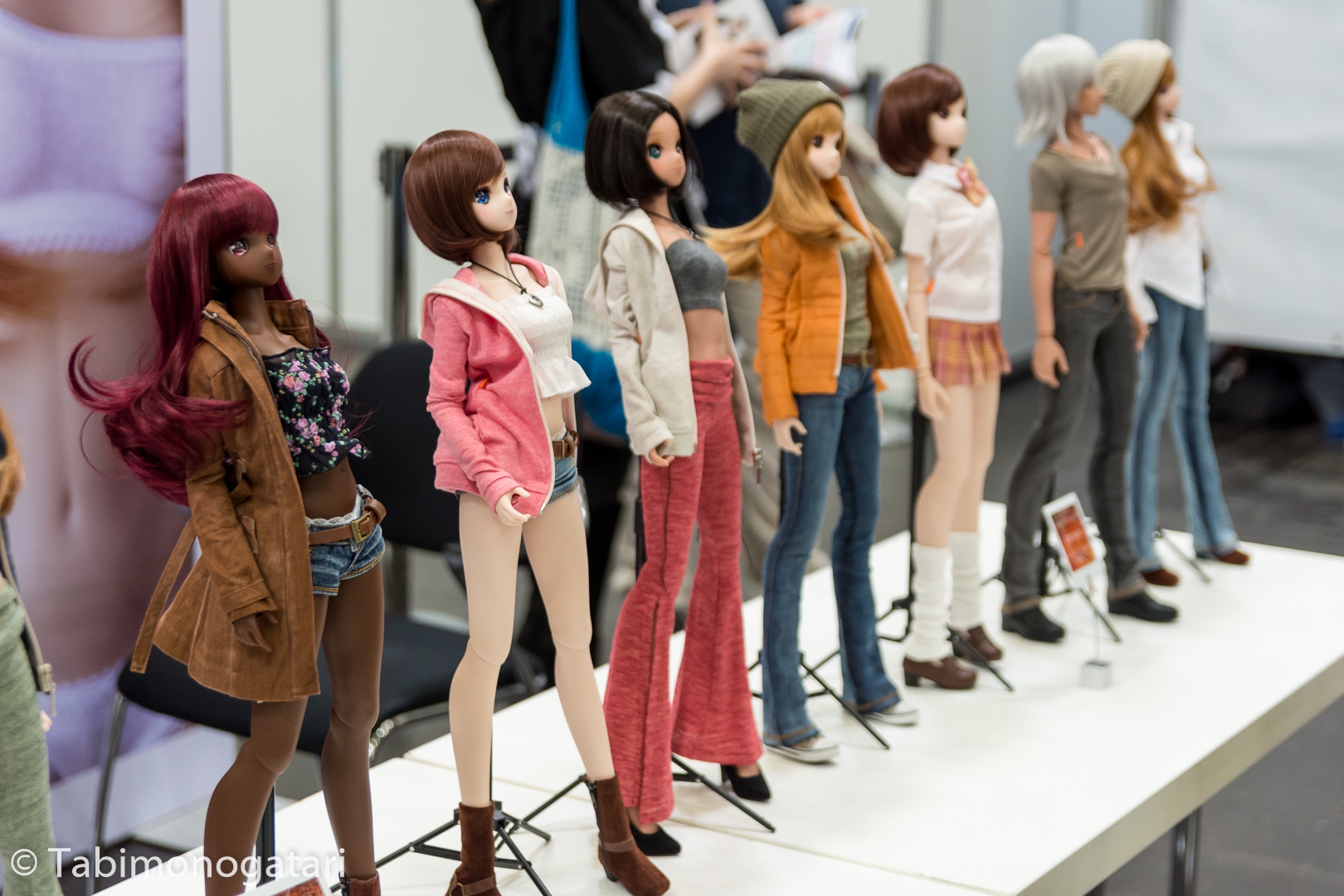 My first course of action was to drop off some goods I wanted to sell at the Bring and Buy space. After that I left the fairground to check into my hotel in the city center.

I just made it back in time to attend the “Wotagei” workshop, aimed at concert-goers in Japan. To summarize the topic, it is common that the audience chants and perform choreography with so-called pen-lights or glow sticks to cheer on the artist and interact with them. The hosts attended several concerts in Japan and explained the different calls and „furis“, or movements. Also they talked about what behavior to avoid. 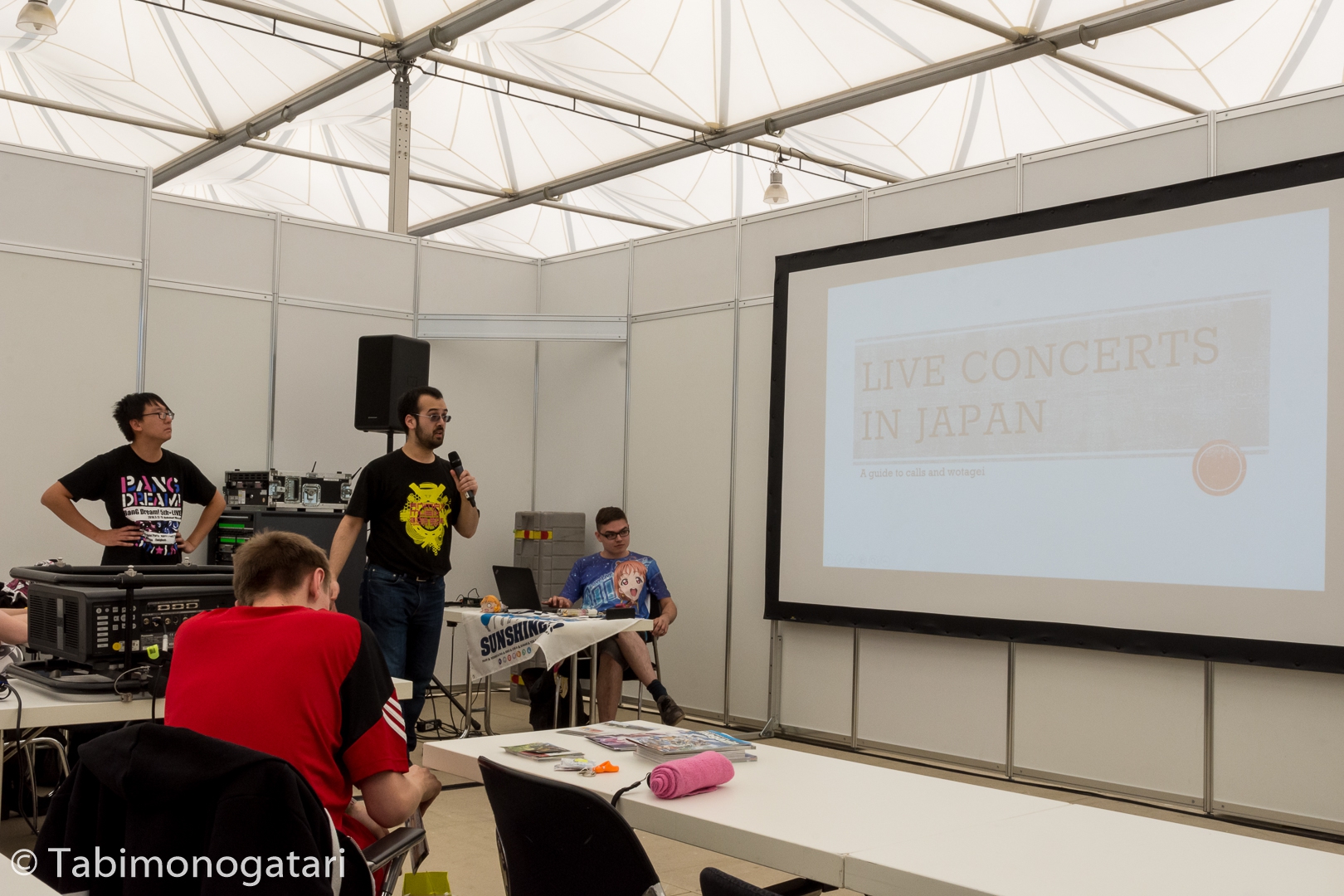 At this point it was past time to grab lunch, and my French friend and I chose Onigiri inspired wraps that were sold on the center court. Thereafter we went to the signing session of the DJs that performed at the J-Rave disco later in the evening. This year the two foreign DJs Moe Shop and Ram Rider were invited in addition to the two German regulars. We were delighted to receive a special mix by the four with everyone’s signatures.

Next came the first concert of Eri Sasaki, a musician that recently debuted and instantly captured the hearts of listeners with her soft and clear voice. She started her setlist with the ending song of the visual novel Steins;Gate 0 „Gate of Steiner“ in perfect English. Then, she switched gears to calmer music with the violin. She was accompanied by Hiro Nakamura on the guitar and together they performed some of her own songs and also some covers. Hearing “Ring of Fortune” blew us away, since she put so much emotion in this live rendition. The two recently formed a band specialized in relaxing “healing” music. 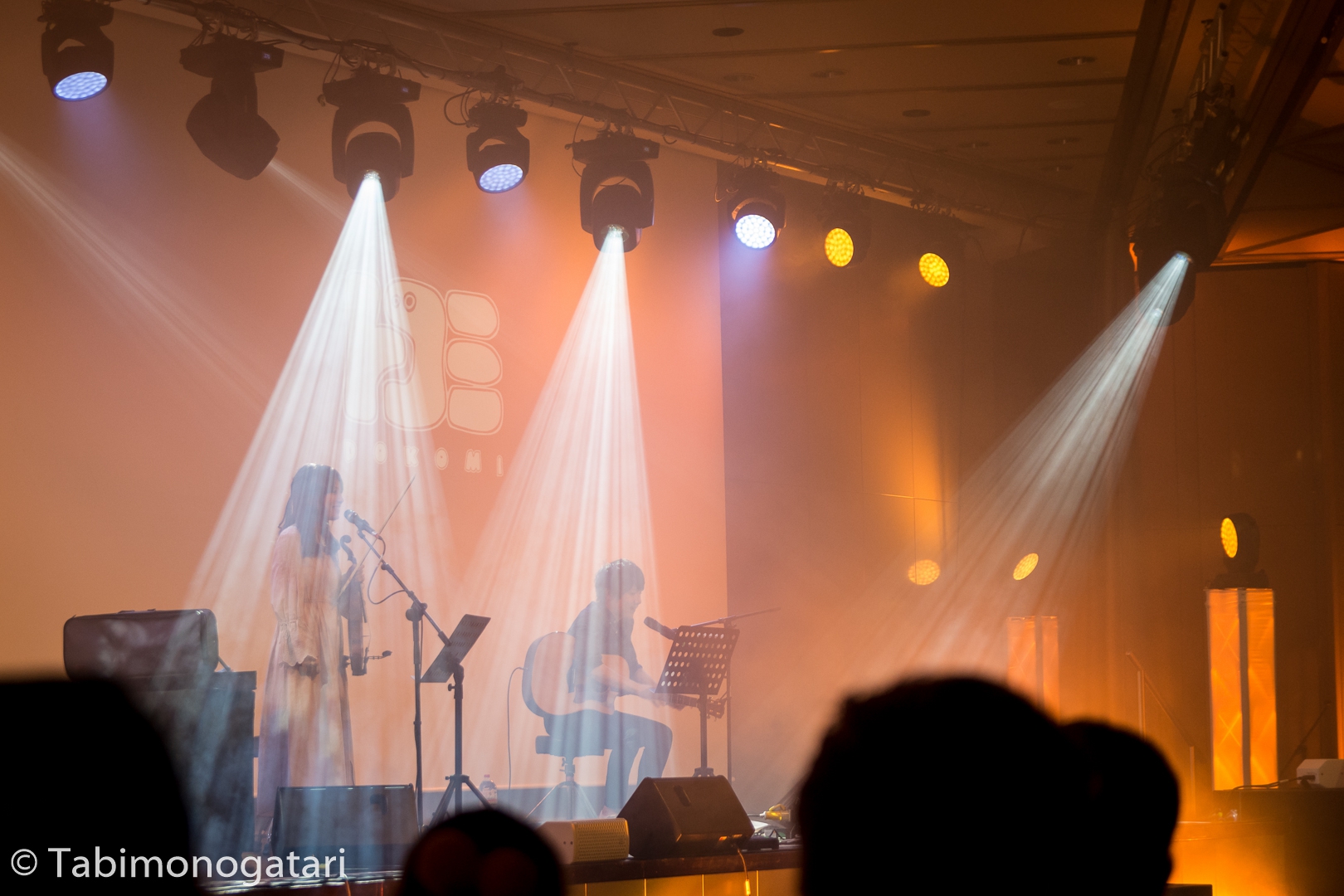 Directly after the concert the signing session took place where I could sign a CD of “Fuyu biyori”, the ending song of the recent anime Yuru Camp. There I also had a chance to take a picture together. 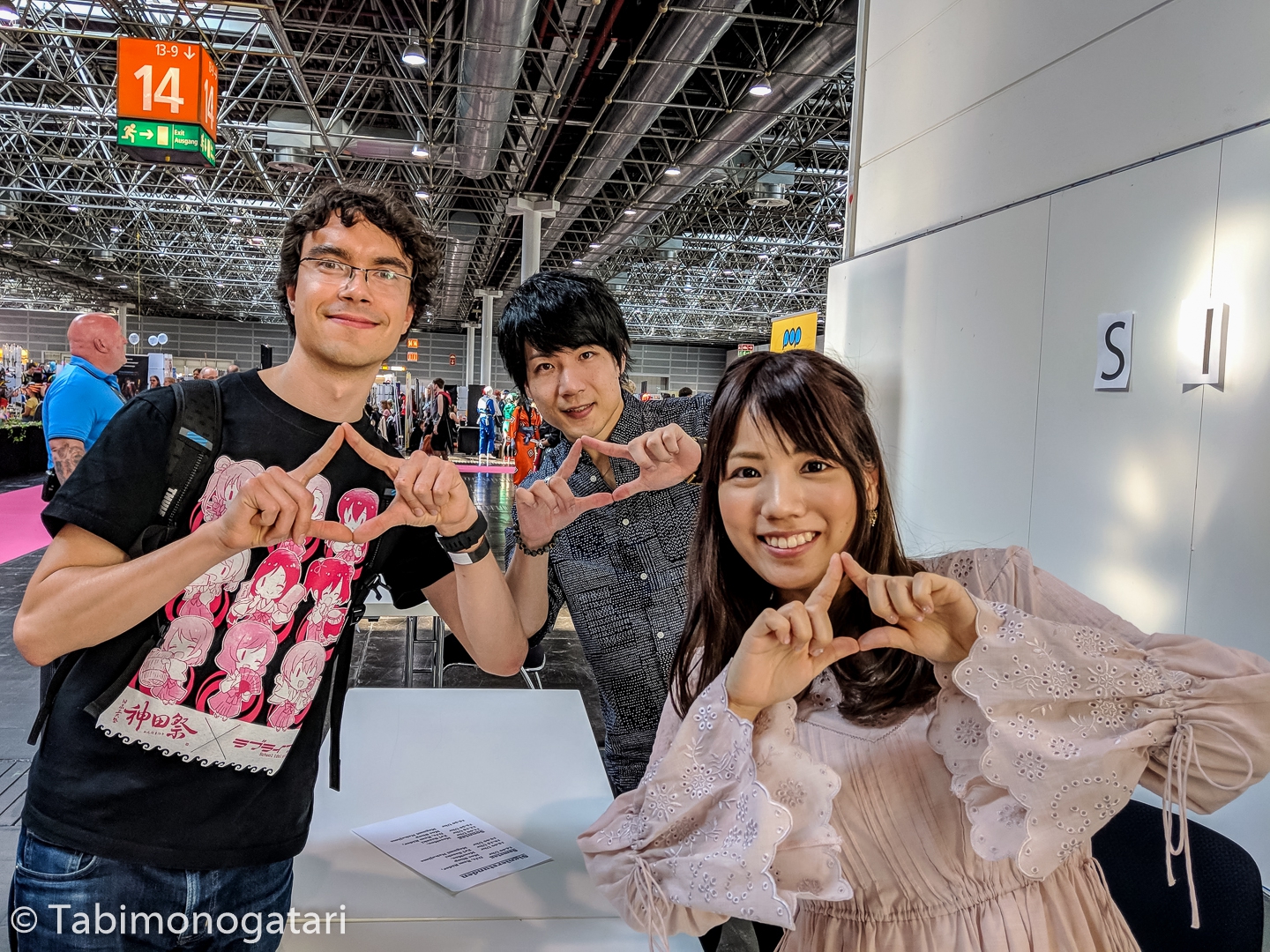 The schedule gave little time to breath before the next concert started. The super popular singer and voice actress Megumi Nakajima came to Dokomi this year and performed on the big stage. Her setlist was purely anime songs, mainly from Macross Frontier, even though she released several independent albums. The crowd was very excited and at the front several fans performed Wotagei to cheer her on. 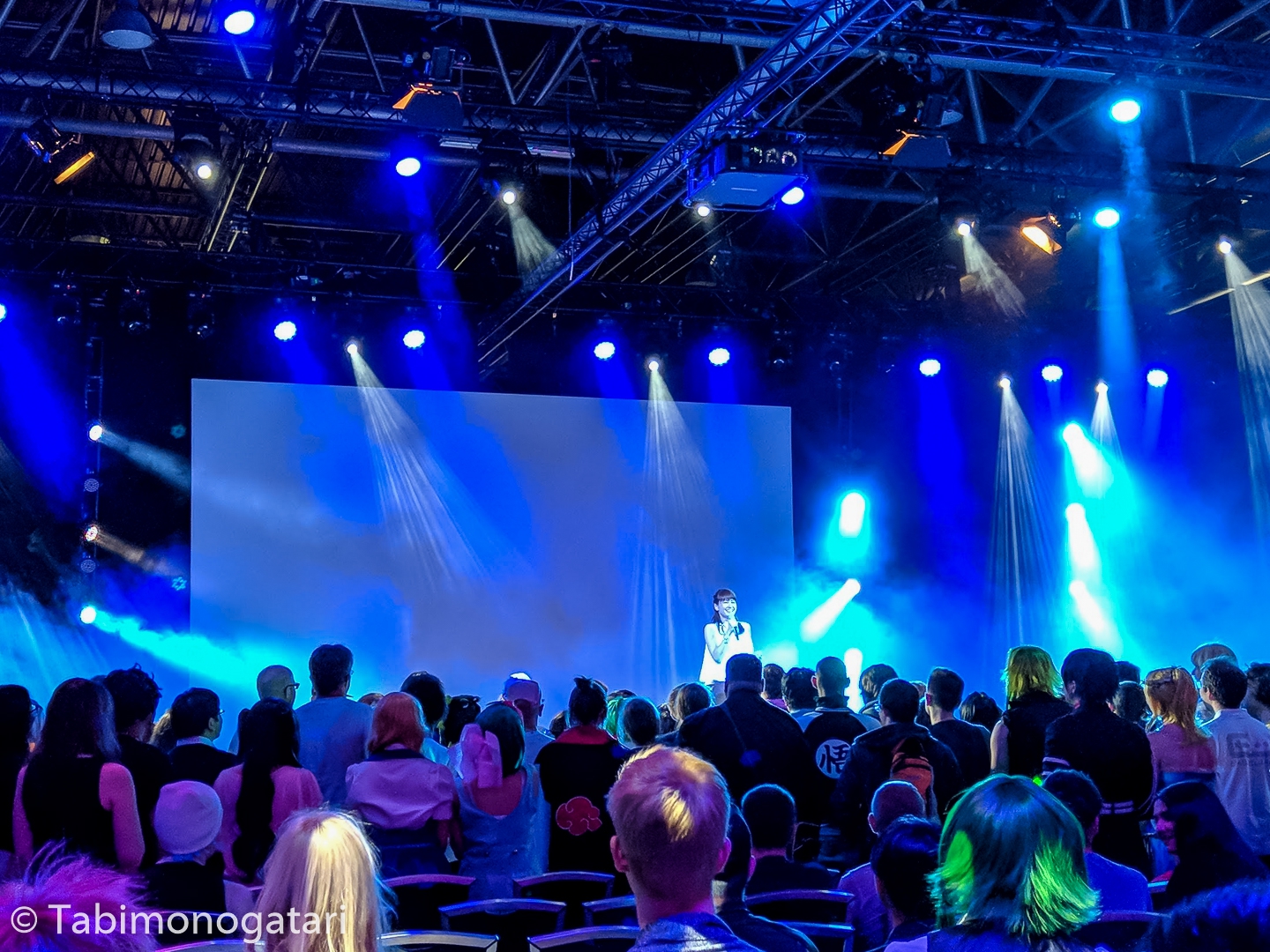 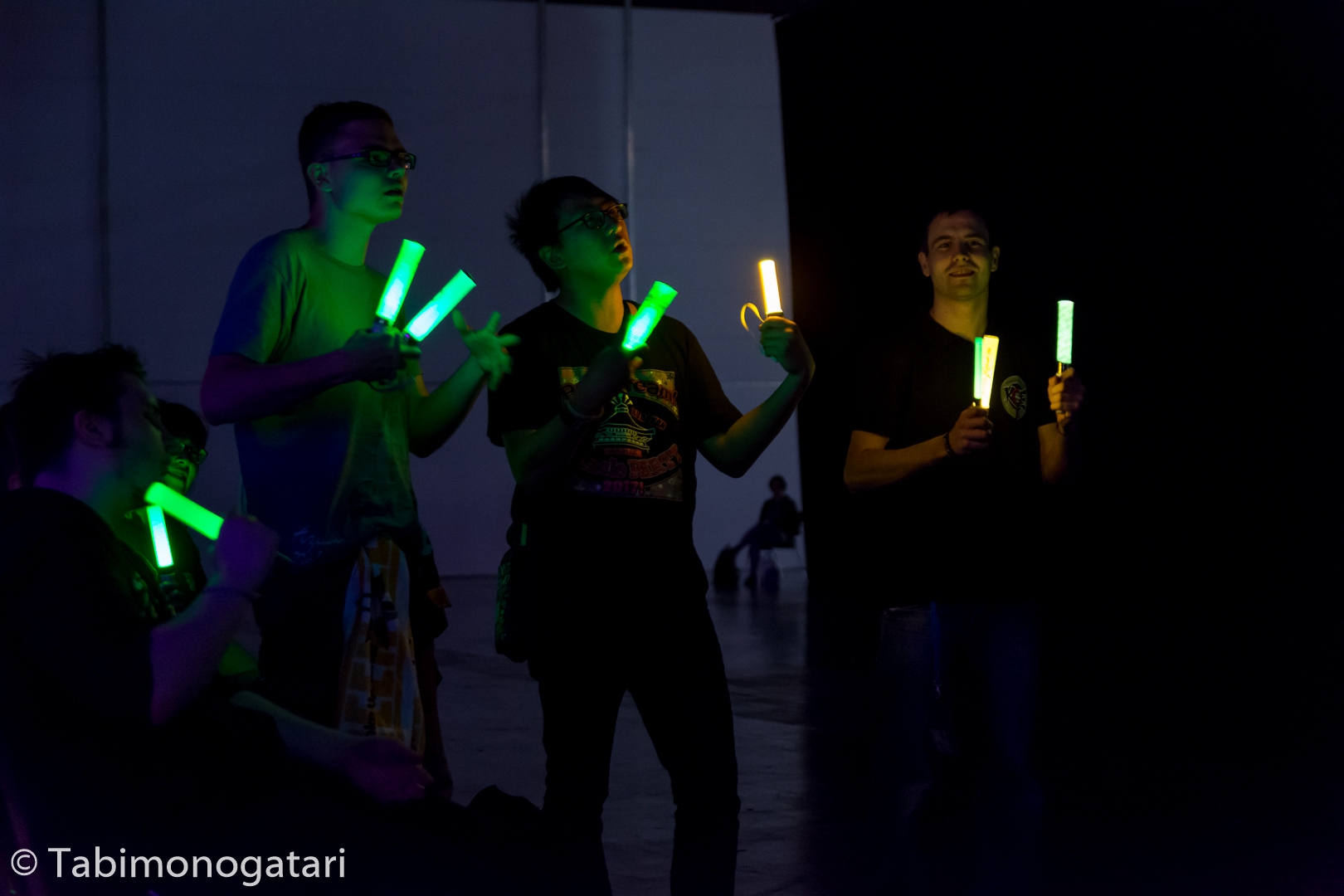 The concert passed by way to fast but Megumi came back on stage after the crowd shouted for an encore and improvised the acoustic version of “Aimo” since they had not prepared another song.

As soon as she left the stage me and my comrades rushed to the signing desk to be at the front of the queue which later was more than 100 people long. The management was quite strict and required to purchase goods to receive a signature. While I bought two CDs beforehand I needed to buy another item and chose a photo book but let her sign one of my CDs.

After the long day full of experiences we went to the Japanese neighborhood to enjoy dinner. As expected, the noodle restaurant Naniwa was popular but after waiting for some time we could order lots of delicious meals. 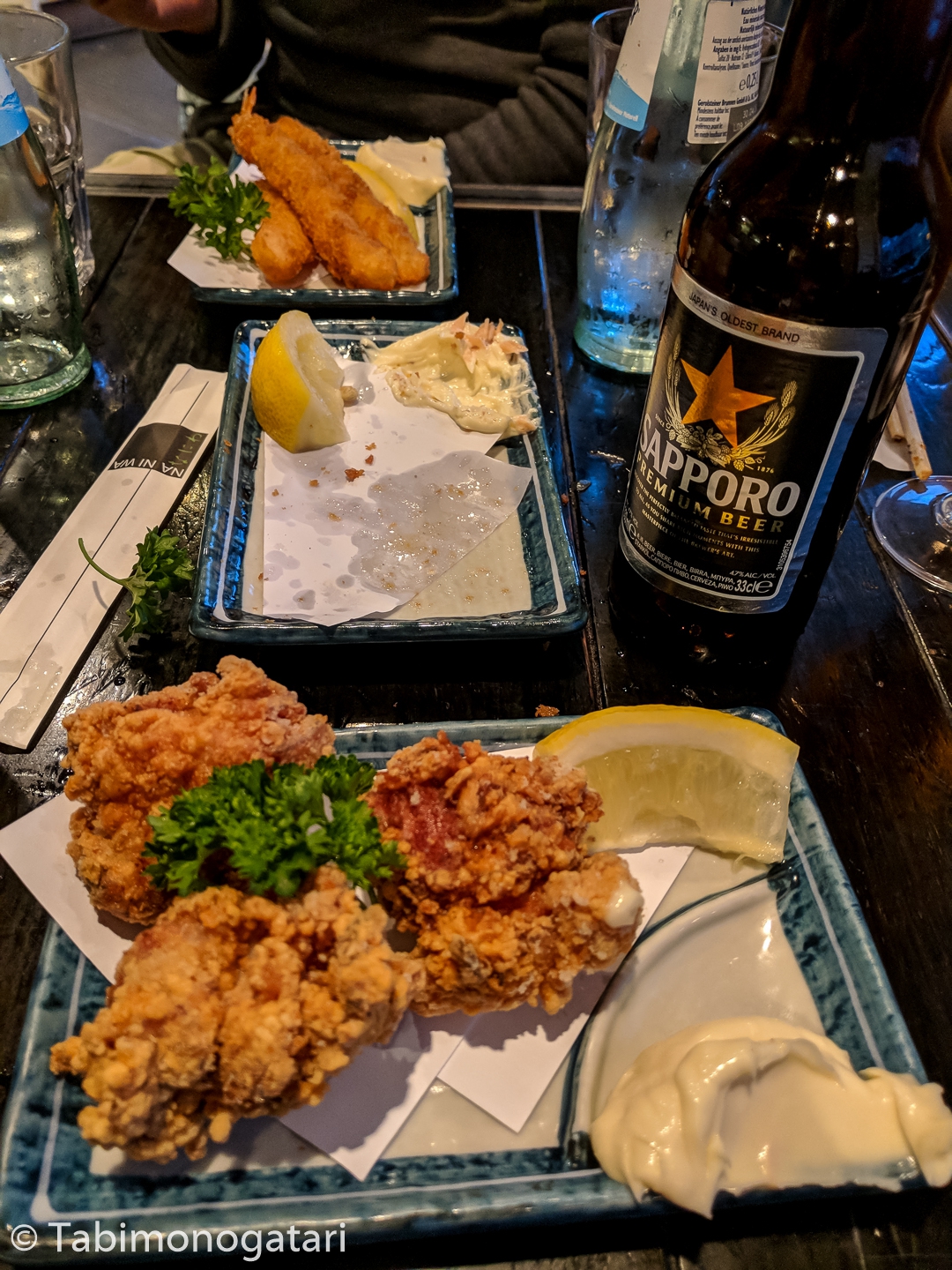 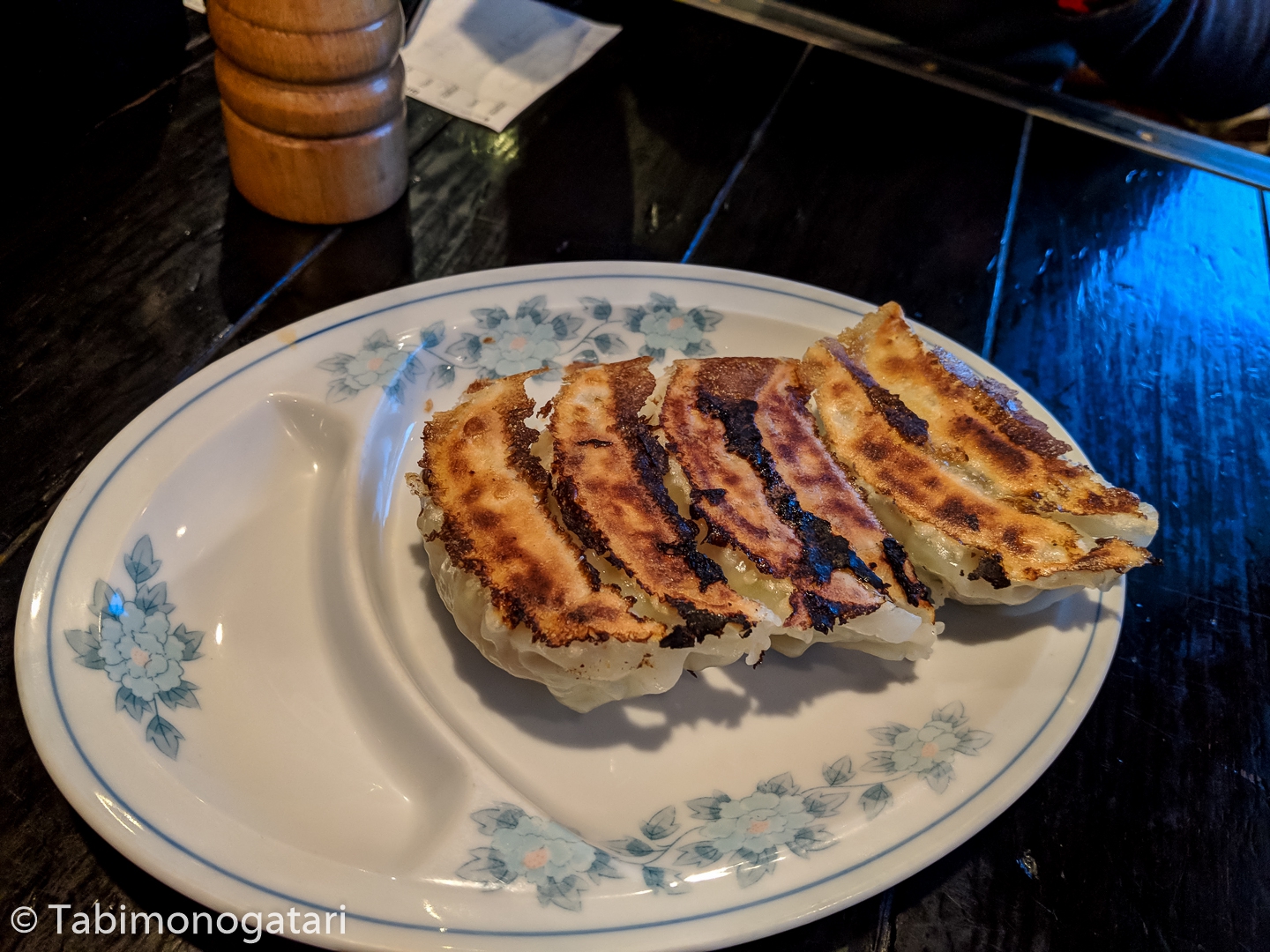 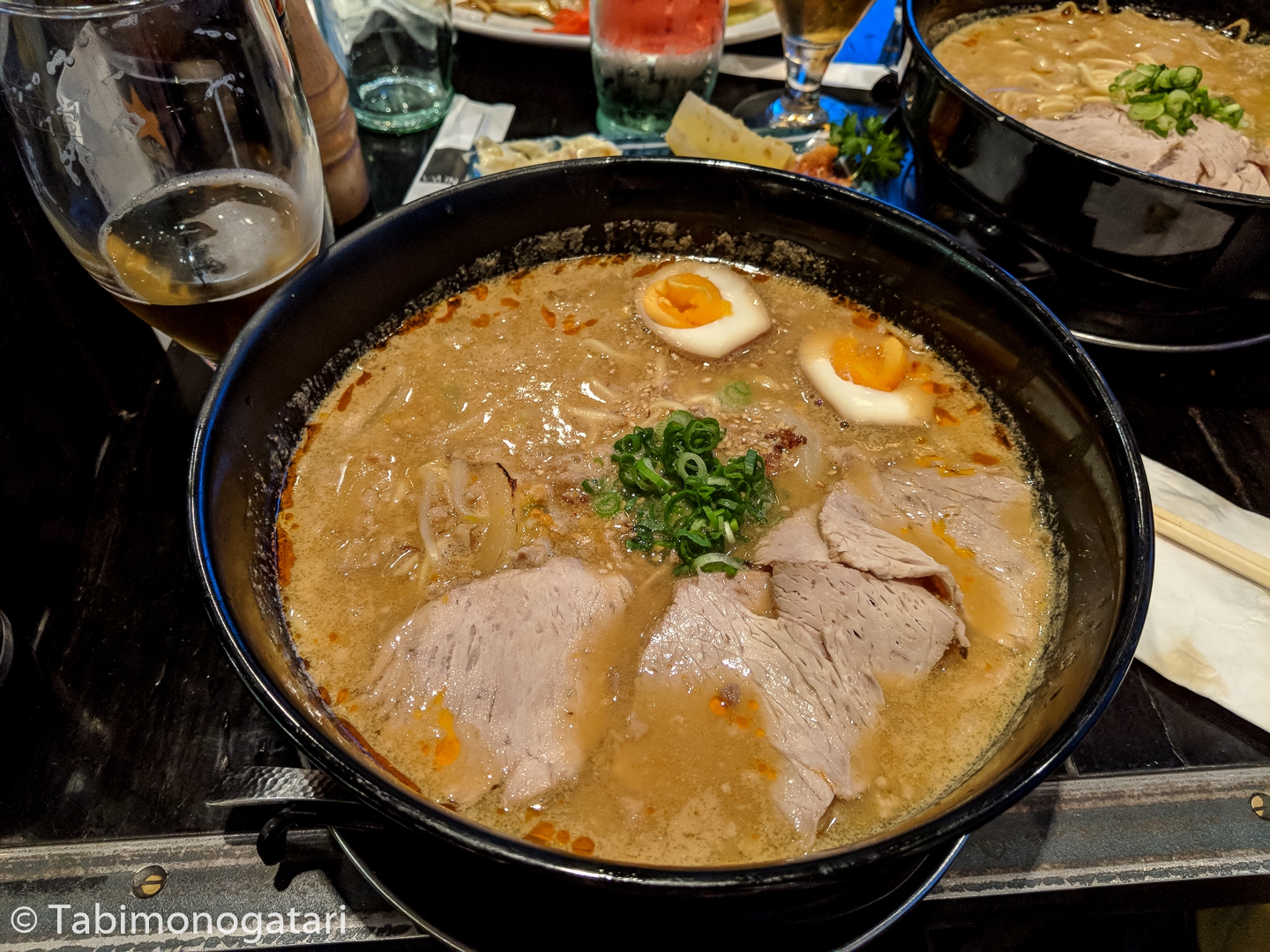 Since we took our time, it was 10 pm when we left the restaurant. Tired from the eventful day I headed to the hotel directly. Meanwhile, the J-Rave was great fun I have heard.

Thanks to everyone who stayed until the end was the best! #DoKomi pic.twitter.com/fr42B7cPdn

The next day we explored the Japanese garden embedded in the Nordpark, right next to the fairground. The weather stayed good the whole time and many cosplayers mingled in the park.

At noon the otaku entrepreneur Danny Choo gave a talk about life- and career advice based on his experiences. According to him “actions speak louder than words” and doing favors help building a network.

We talked about key points for looking for a job, starting a business & making a product – the timing is when you get that Friday feeling or Monday blues. ドイツドコミ講演の様子。#smartdoll #dokomi pic.twitter.com/lgdPsvsgBA

In contrast to Saturday there was more free time so I finally could explore the various commercial and artist booths. This year the number of Itasha, a term used for decorated cars, increased even further. Continuing on the success of last year another four doujinshika from Japan were invited to showcase their work. At a large booth in Hall 14 one could meet 6U☆, Mao, Yuki Azuma and wingheart, and representatives of the I.O.E.A. 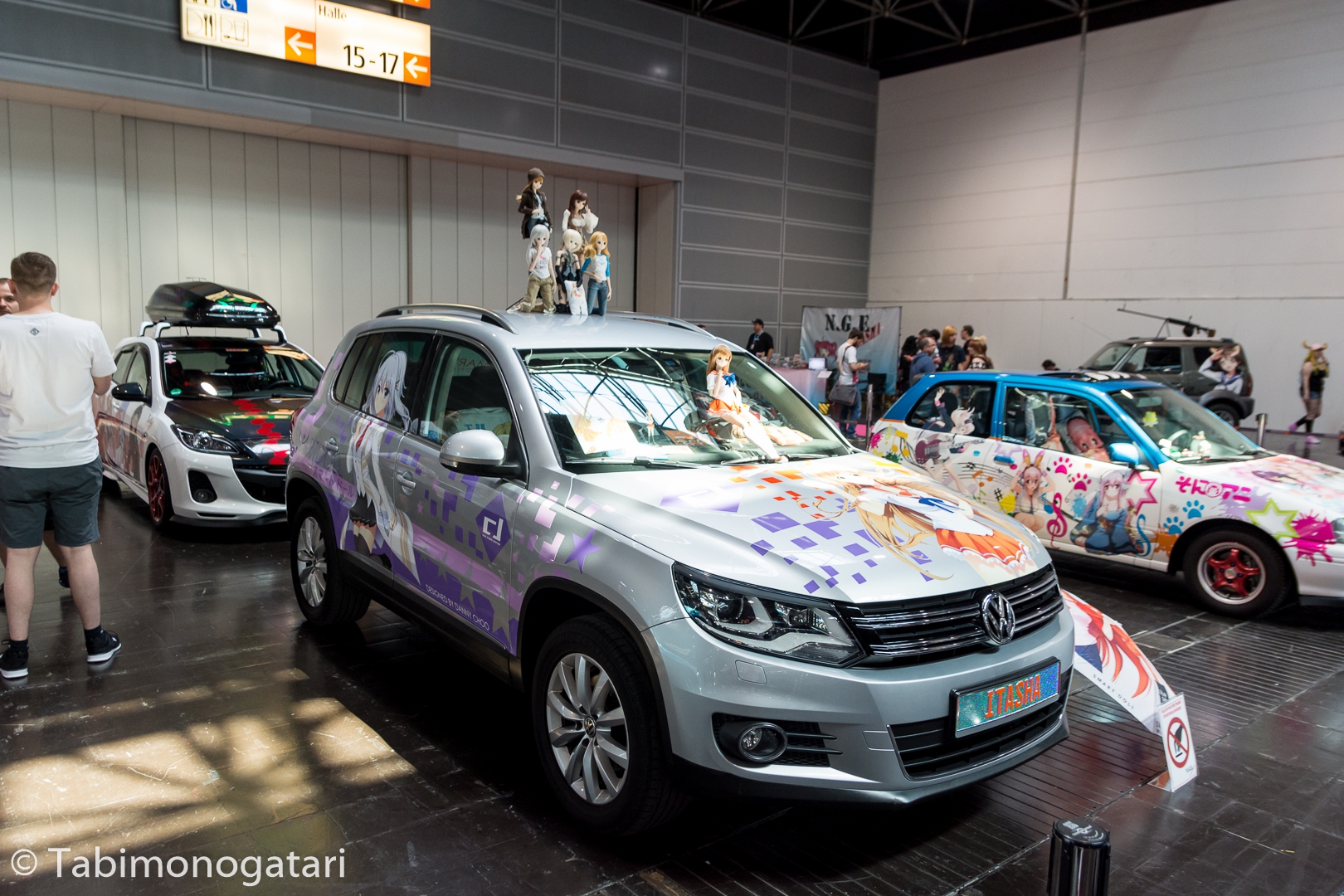 On both days there were plenty of skillful cosplayers but I was only able to take few pictures. 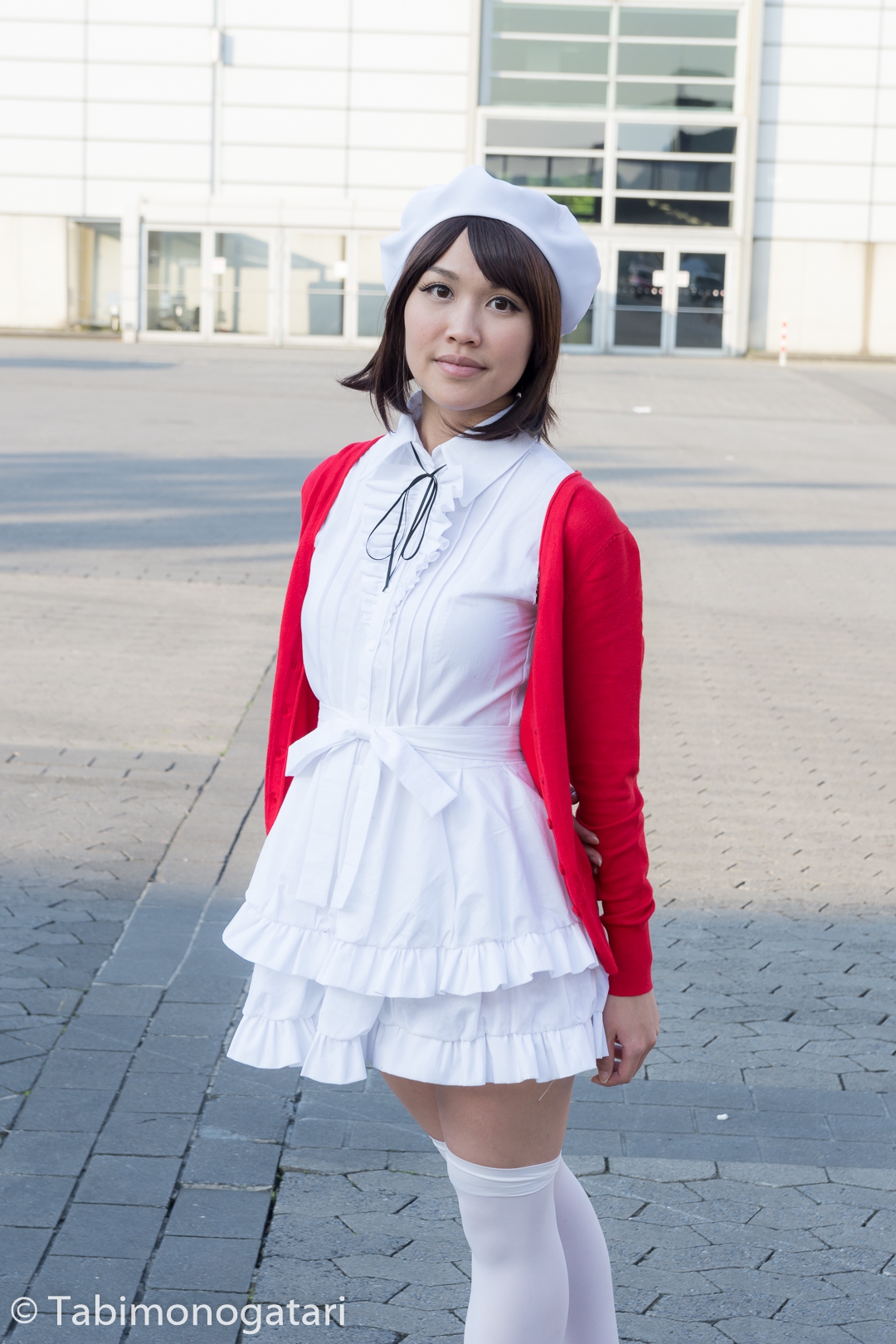 CupCakeStar as Megumi Katou from SaeKano 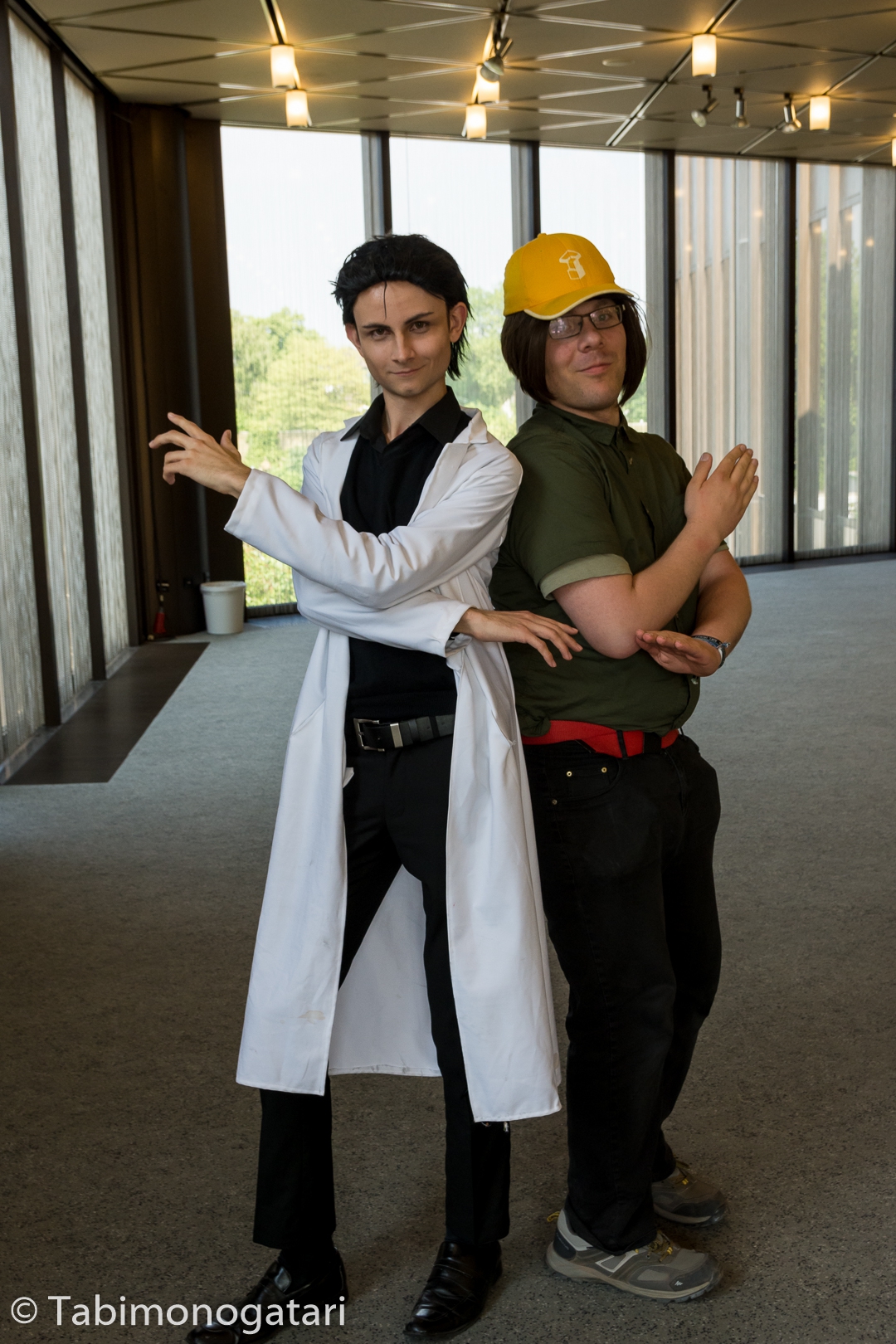 Yink and Kato Cross as Okabe and Daru from Steins;Gate 0

In the afternoon Eri Sasaki gave a second concert on the big stage. This time she focused more on cover songs and was again accompanied by Nakamura. Together they performed a cover of “Shiny Days” and their own “Fuyu Biyori” both from the recently aired anime Yuru Camp. 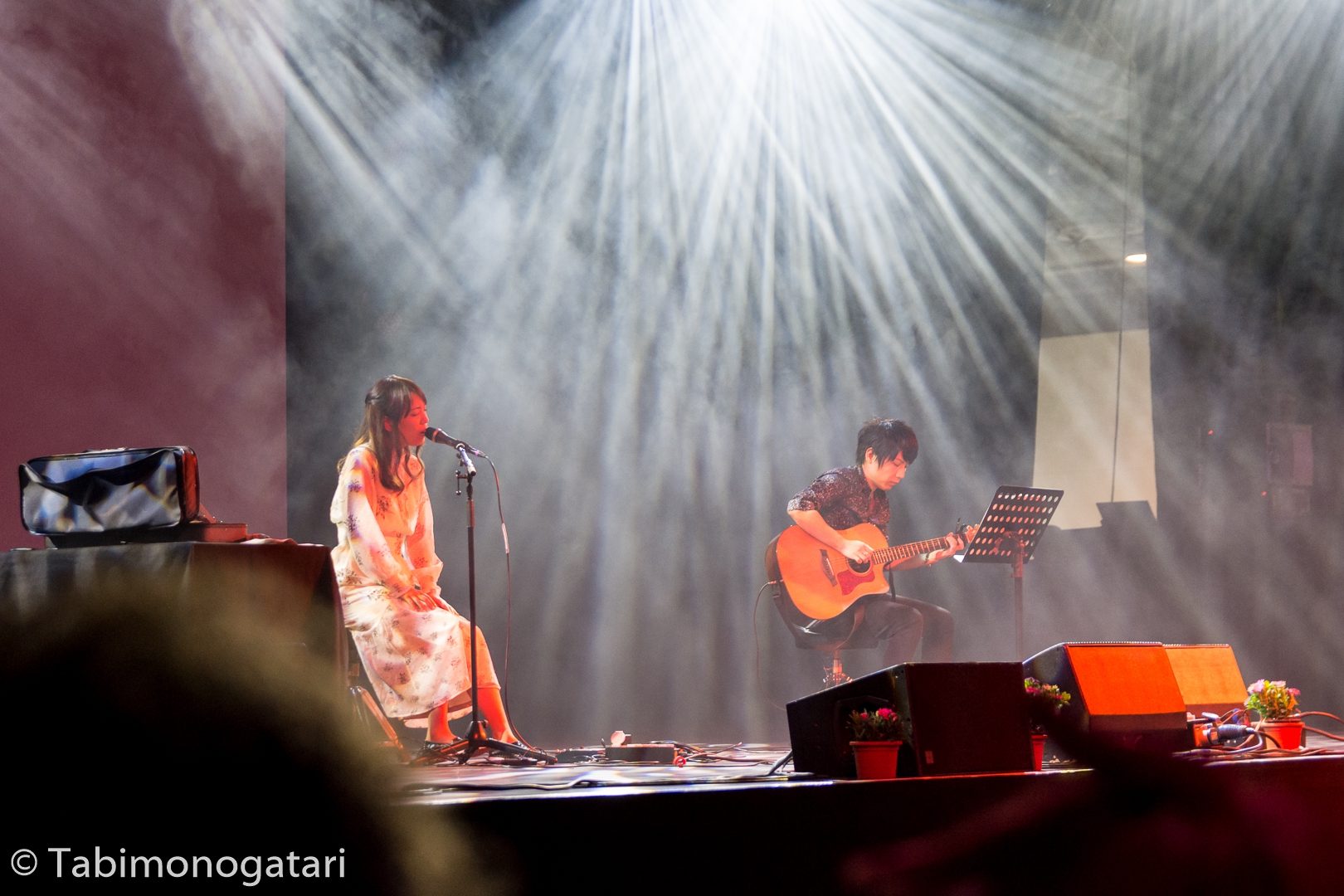 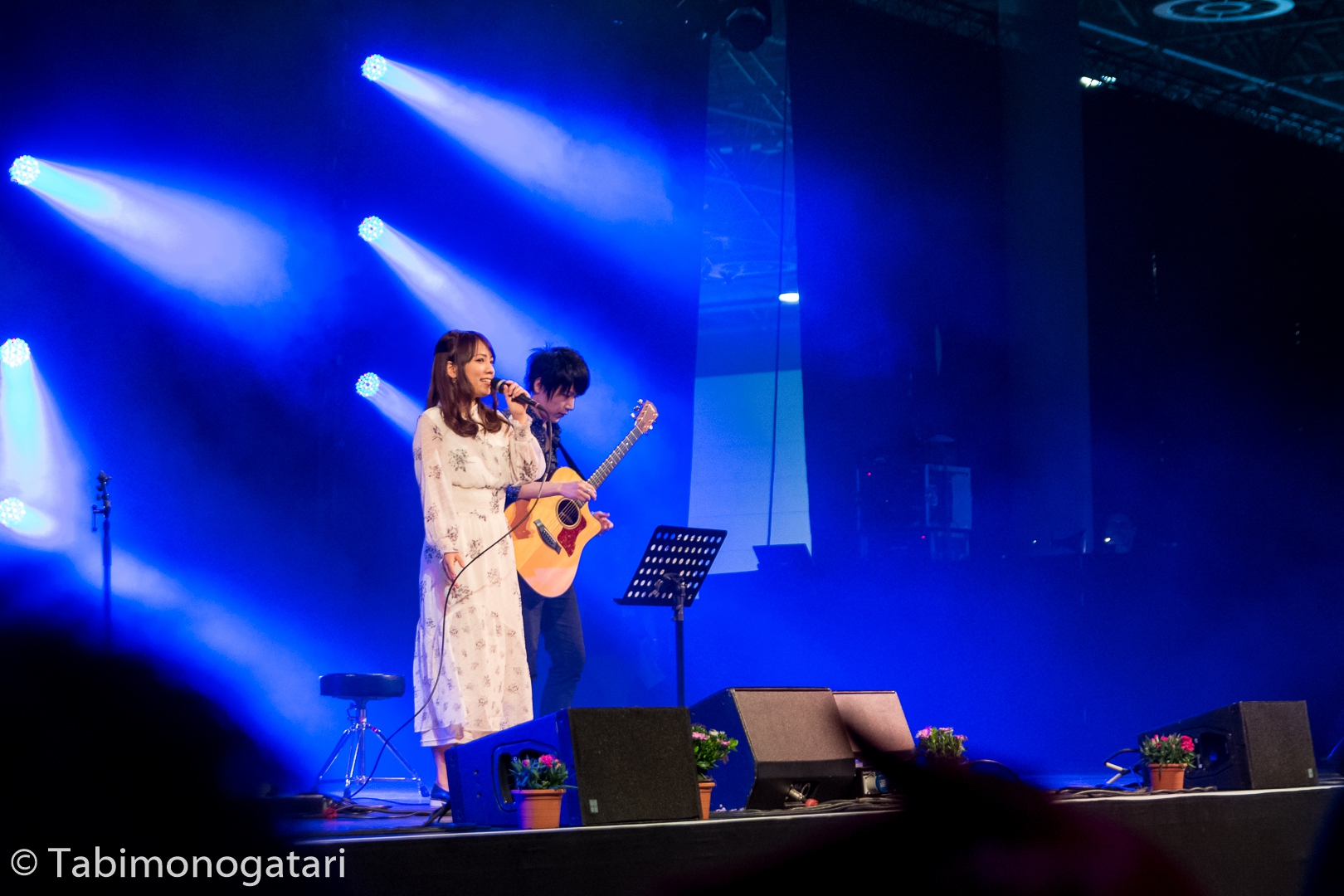 When the concert ended I already had to leave for the airport. The proximity of the fairground to the airport was helpful, however a direct bus connection would be highly appreciated. I arrived on time and found time to assemble my loot of the two days. A big thank you to wingheart for sketching this on short notice. 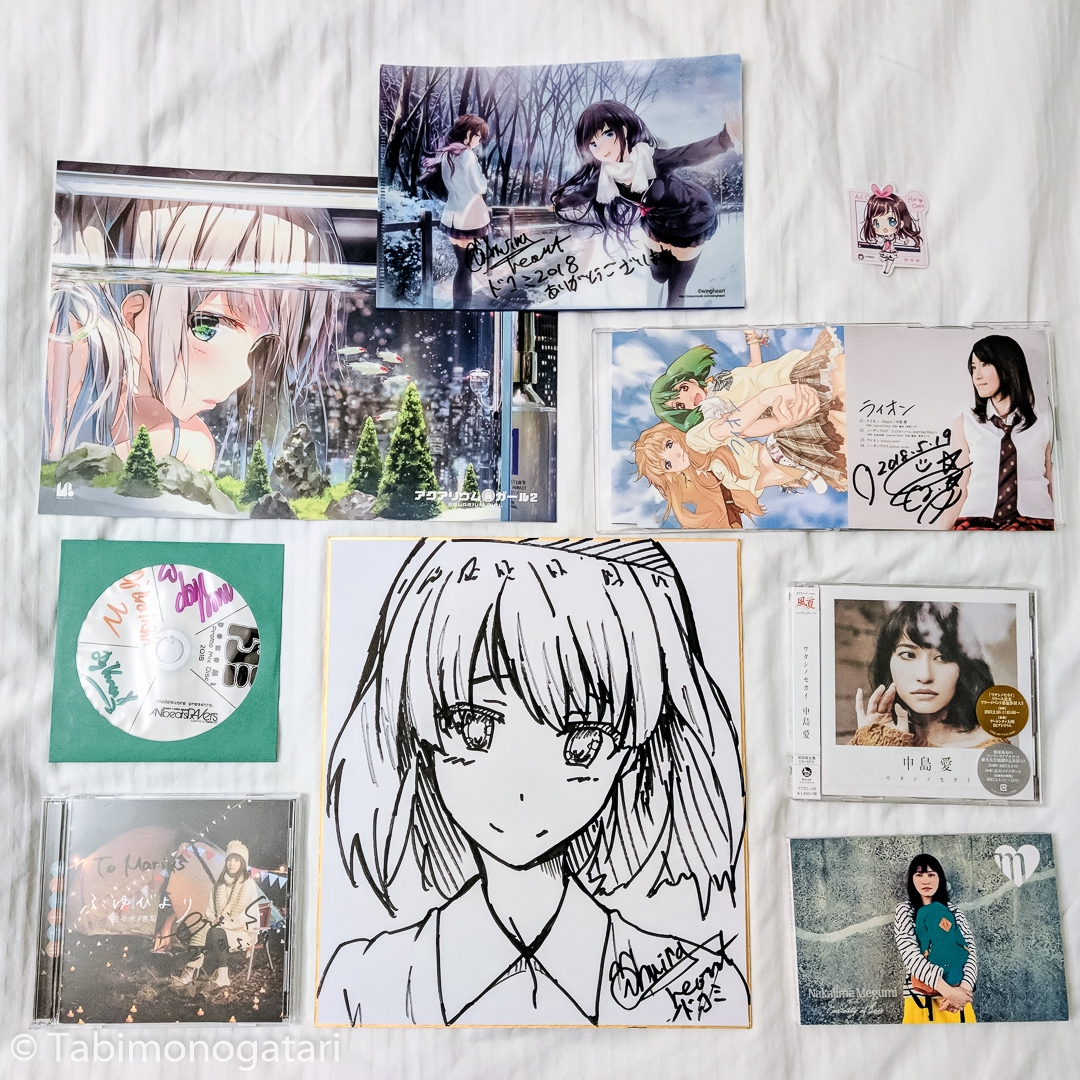 This year’s Dokomi was packed with program and was great fun as always. I am looking forward to next year’s edition.