Finally, the day I awaited long time has arrived. Time to have a great and enjoyable trip to Japan!

With two stops inbetween I was in the in the air for about 13 hours. The local airport is just five minutes away by train so I did not have to hurry to catch my first flight. After being sent off I proceeded to the airside of the airport which houses many great shops for chocolate and watches, making Zurich a great stop-over for those transferring in Europe. 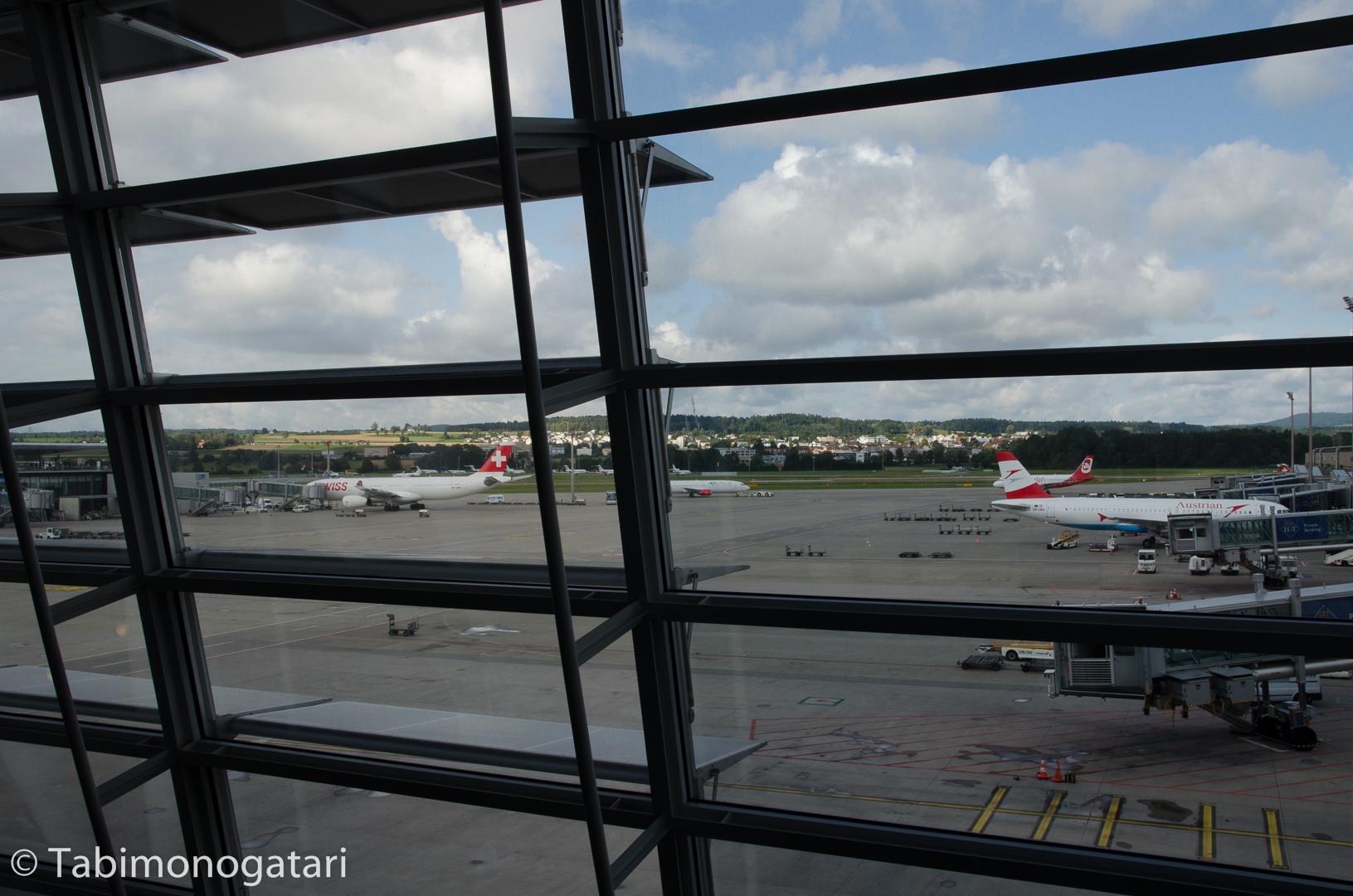 After less than three hours the coastline of Helsinki came into view. Soon after the plane operated by Finnair parked and a bus transported us to the terminal.

The three hours of transfer time passed quickly while reading the newspaper I picked up from back home. My new gate was at the other end of the terminal so I walked for ten minutes when I reached a check point for a passport control. Instead of manually verifying the identity by staff there was the option to choose an automated approach. After scanning the passport I had to enter a lock in which my face was compared with the saved data on the chip. It worked quite well and I was able to pass without difficulties.
When I entered the long-distant area of the terminal I regretted that I did not do so earlier. It was way more modern and polished, there were more interesting shops and food courts (which were expensive anyway).

Apparently my plane arrived a little bit late but when I finally arrived at the gate, it was just ready for boarding.
I managed to get a pleasant seat at the gangway on the left wing side. Next to me I had an older Japanese woman who was very kind. Like last time the majority of passengers were Japanese. 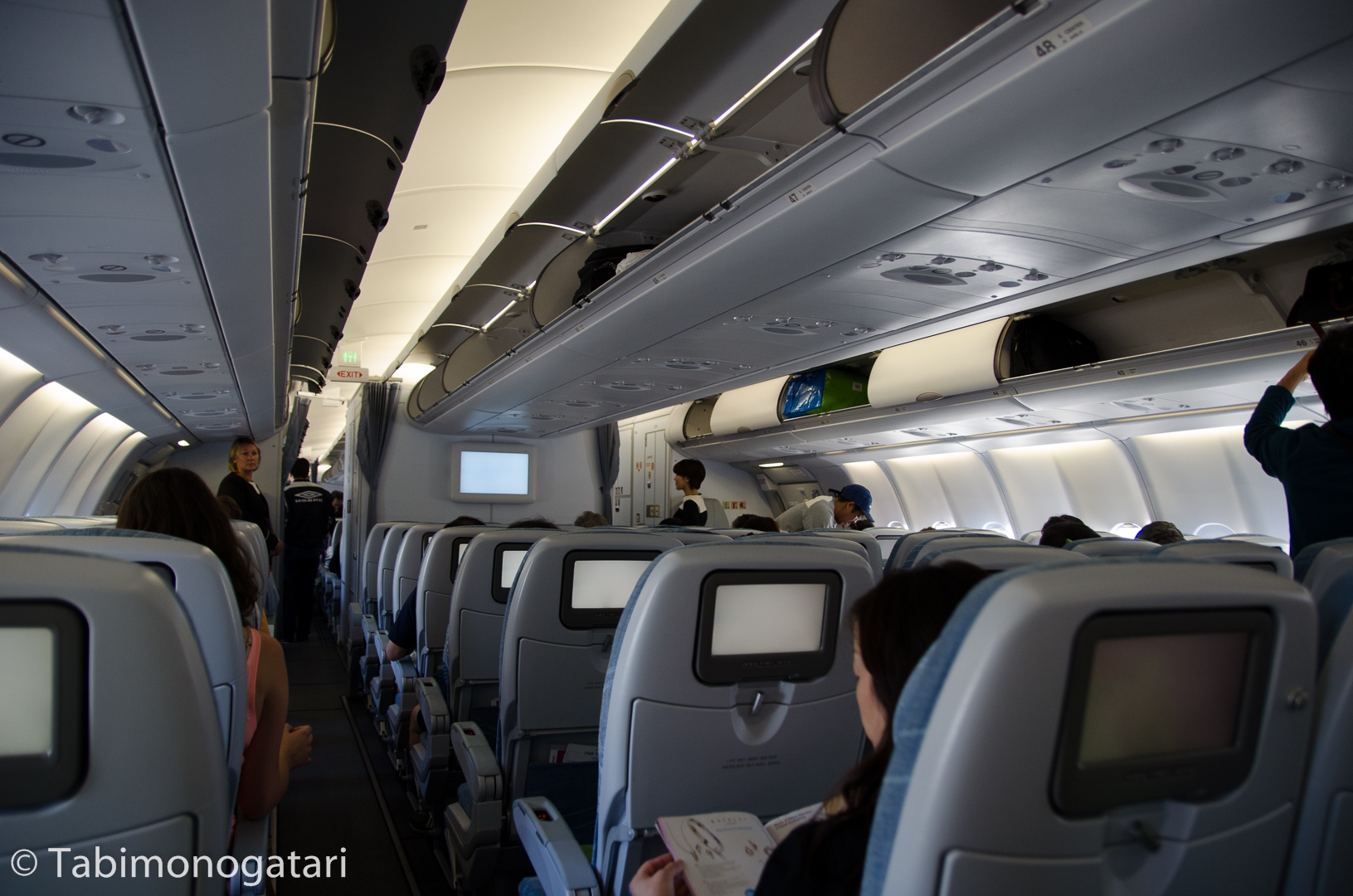 For dinner we had the choice between pasta and shrimps with steamed rice, you can imagine which one I chose. In addition, cold Soba noodles and a piece of pieplant (Rhabarber) cake were served.

Soon after the lights were dimmed and then completely turned off. I bought a special kind of pillow to support my sleep. Basically, it is formed like a doughnut that you wear over your head. While it was oddly comfortable I still was not able to catch much sleep. But fortunately the time passed and when I checked the clock again it was already 6 a.m. in the time zone of Japan and the remaining flight time was less than three hours.

Breakfast was Western style and the accompanying coffee helped me to get awake. Finally, we landed in Nagoya. The sun was shining and it was incredibly humid. Luckily a bus brought us into the air-conditioned arrival area quickly.

Since the plane was late by twenty minutes I as worried whether I would catch my connecting flight which departed ninety minutes later – after going through immigration, baggage claim and check-in again.
But still, I was lucky and the airport was small compared to Narita international airport in Tokyo. I managed to transfer without issues and found myself two hours later in Sapporo. It was hard to keep my eyes open, but I managed to stay awake.

After reclaiming my baggage (which survived all the way up to here) I picked up my rental WiFi router which provides a steady internet connection about anywhere.
Finally, I recharged my SUICA card and boarded the airport express to Sapporo.

Up in the air