For the last two days of this trans-Asia vacation I returned to Singapore from where I started two weeks ago. Having left Taipei in the afternoon I arrived in the evening at Changi airport which meant that the queues were even shorter than last time and I could leave the airport swiftly.

But not before making a detour. At one point the signage was confusing and I ended up on a parking lot between the terminal buildings. When I tried to enter through the next open door I found myself in the staff canteen. Luckily they also served to passengers, so I could have a quick and cheap meal before moving on.

An hour later I could check in to my hotel which was close to the one I stayed at the first time. To end the trip on a high note, I chose one with a fancy interior design. 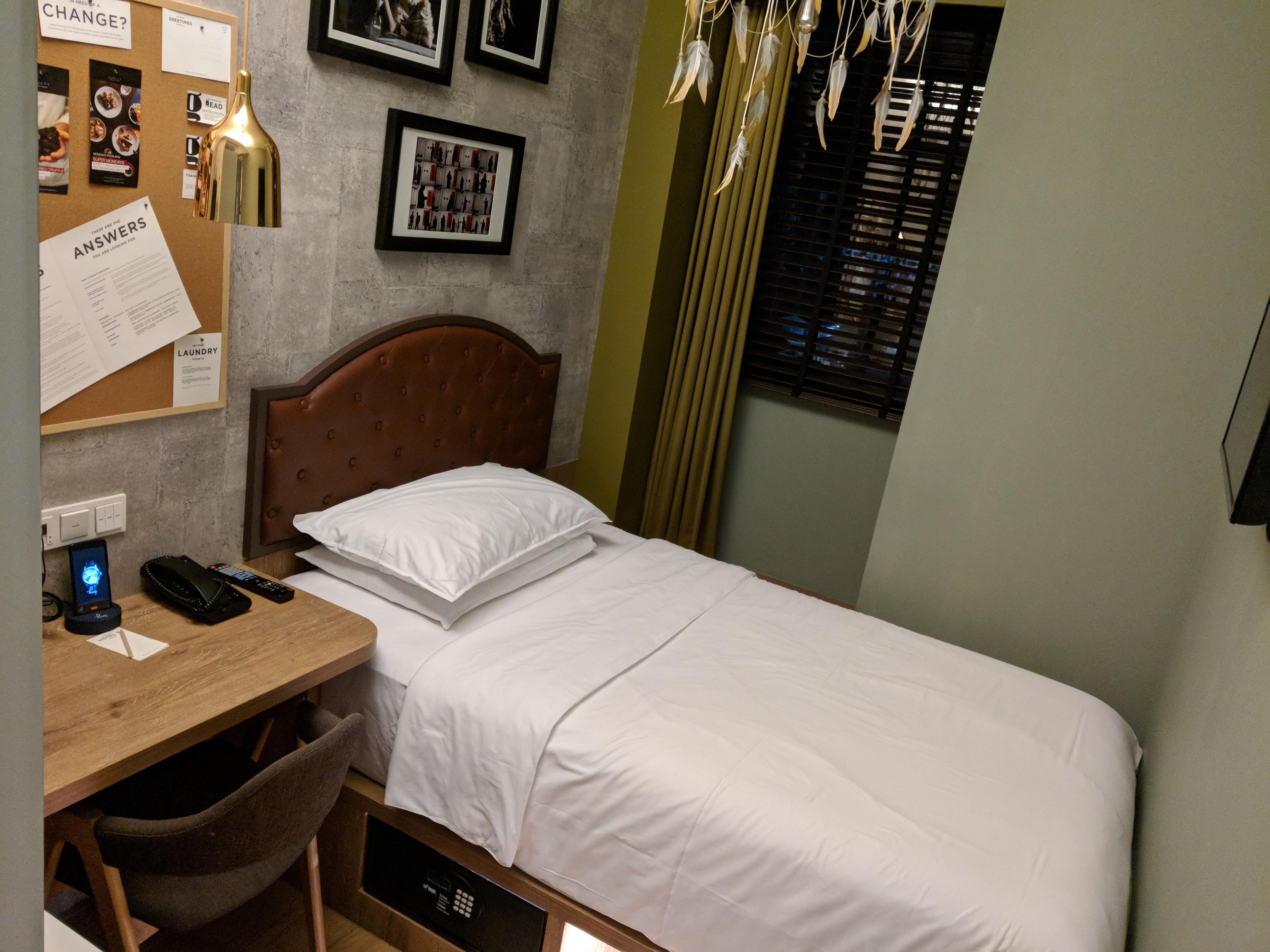 The next morning I enjoyed a rich breakfast buffet before heading to the North of the country which is not very far by conventional means. The zoo of Singapore is enormous and because of its natural tropical climate the animals are held in open areas with fences and mounds. It felt like stepping into the jungle and not like a visit to the local zoo.

Here are some impressions of the local animals: 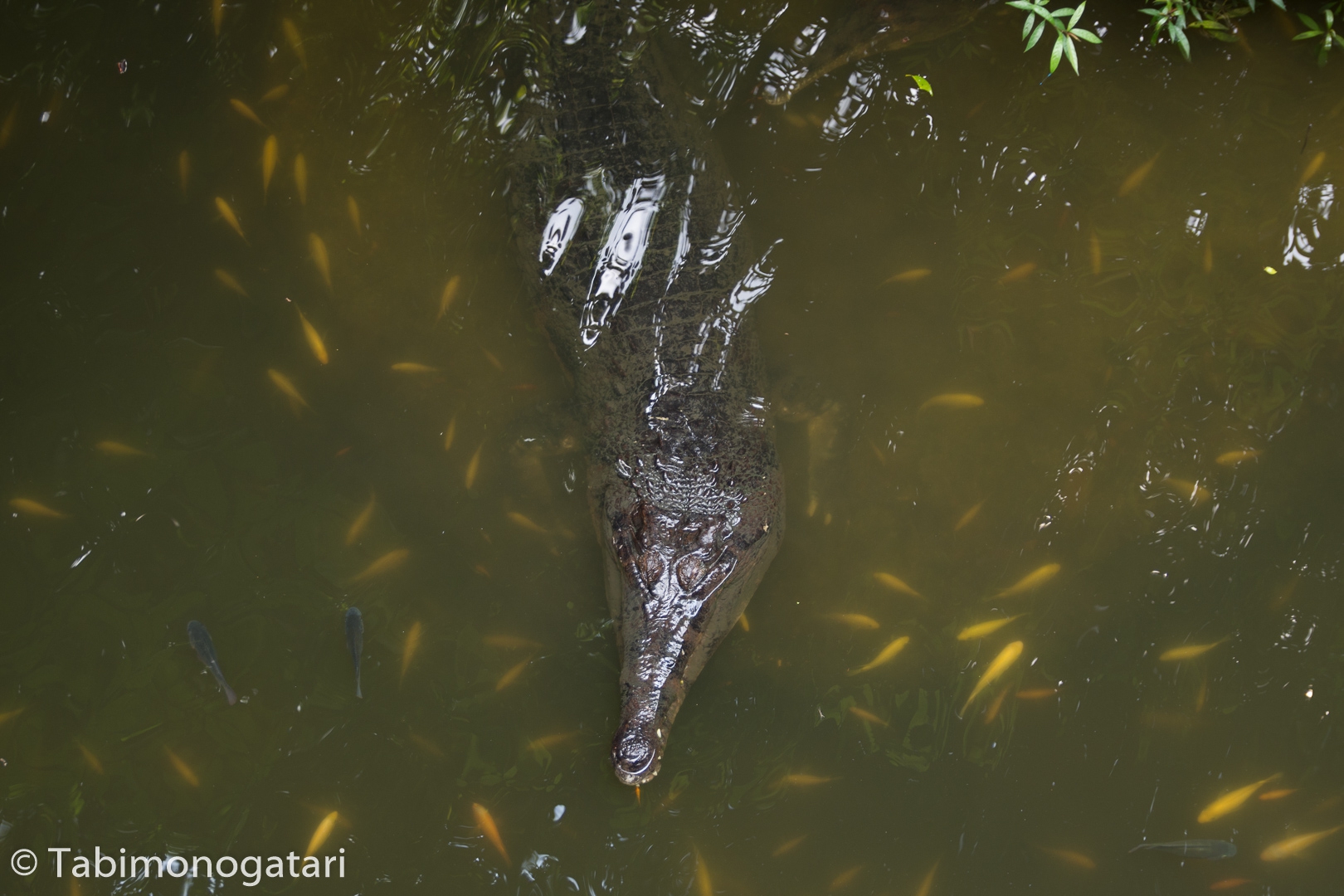 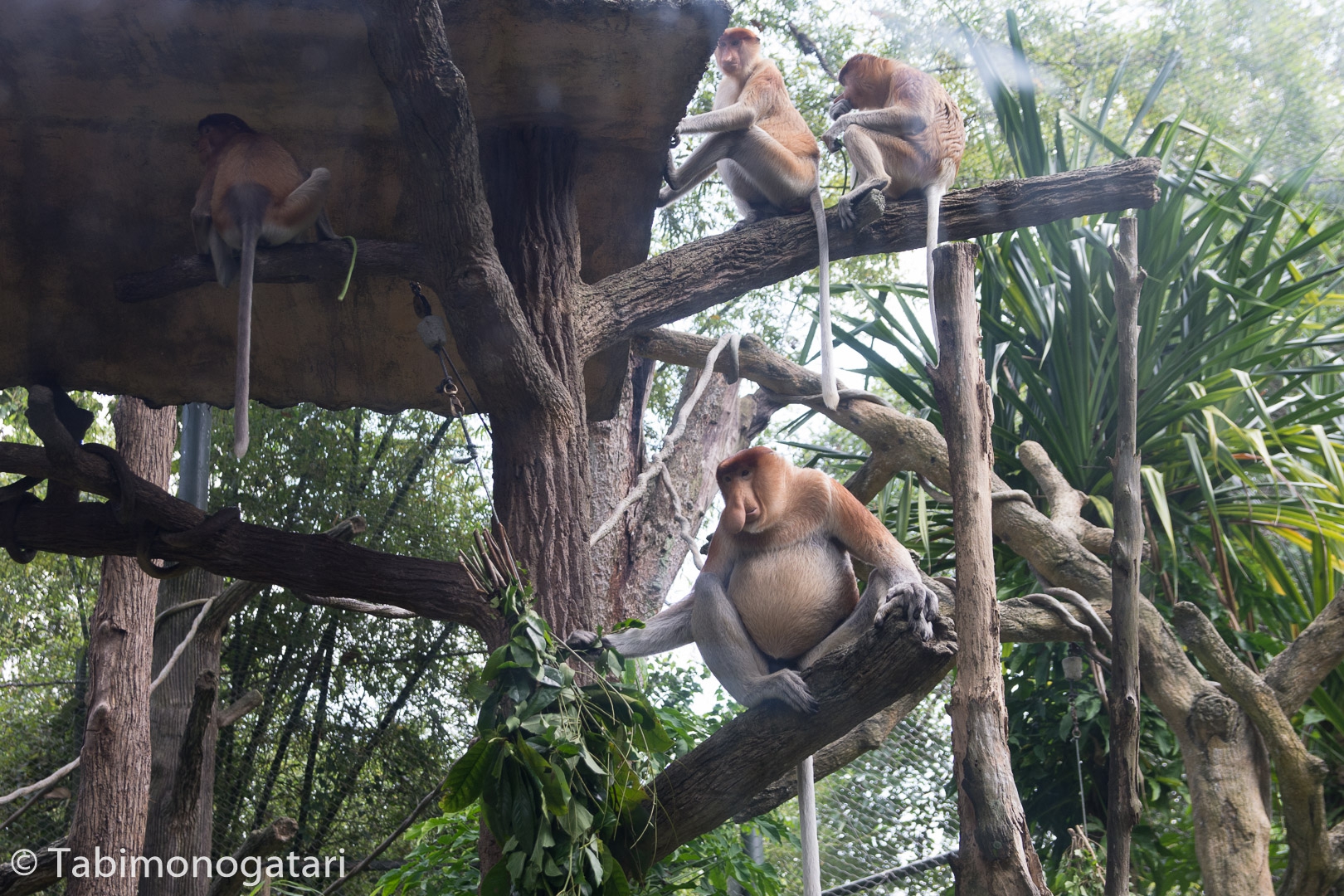 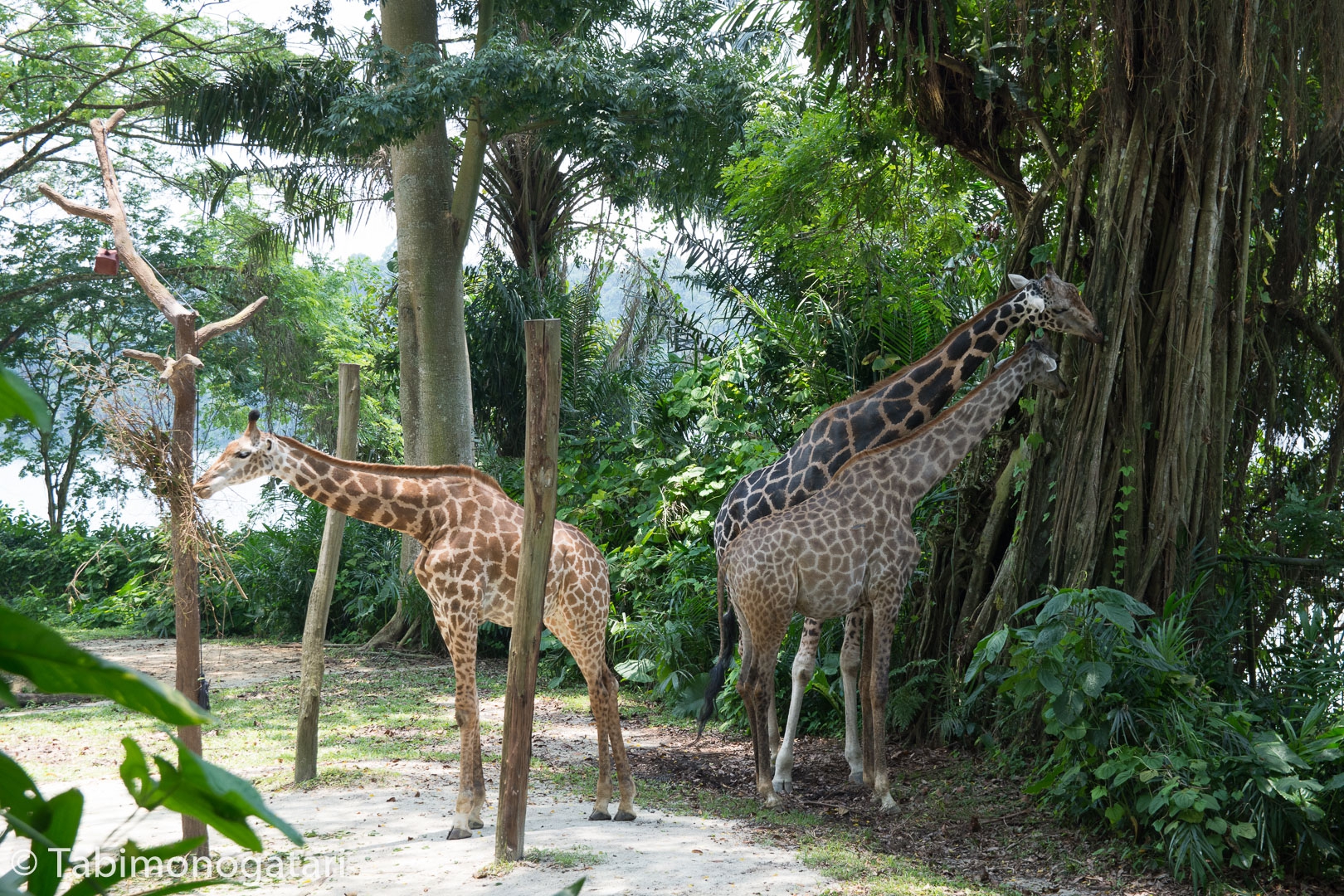 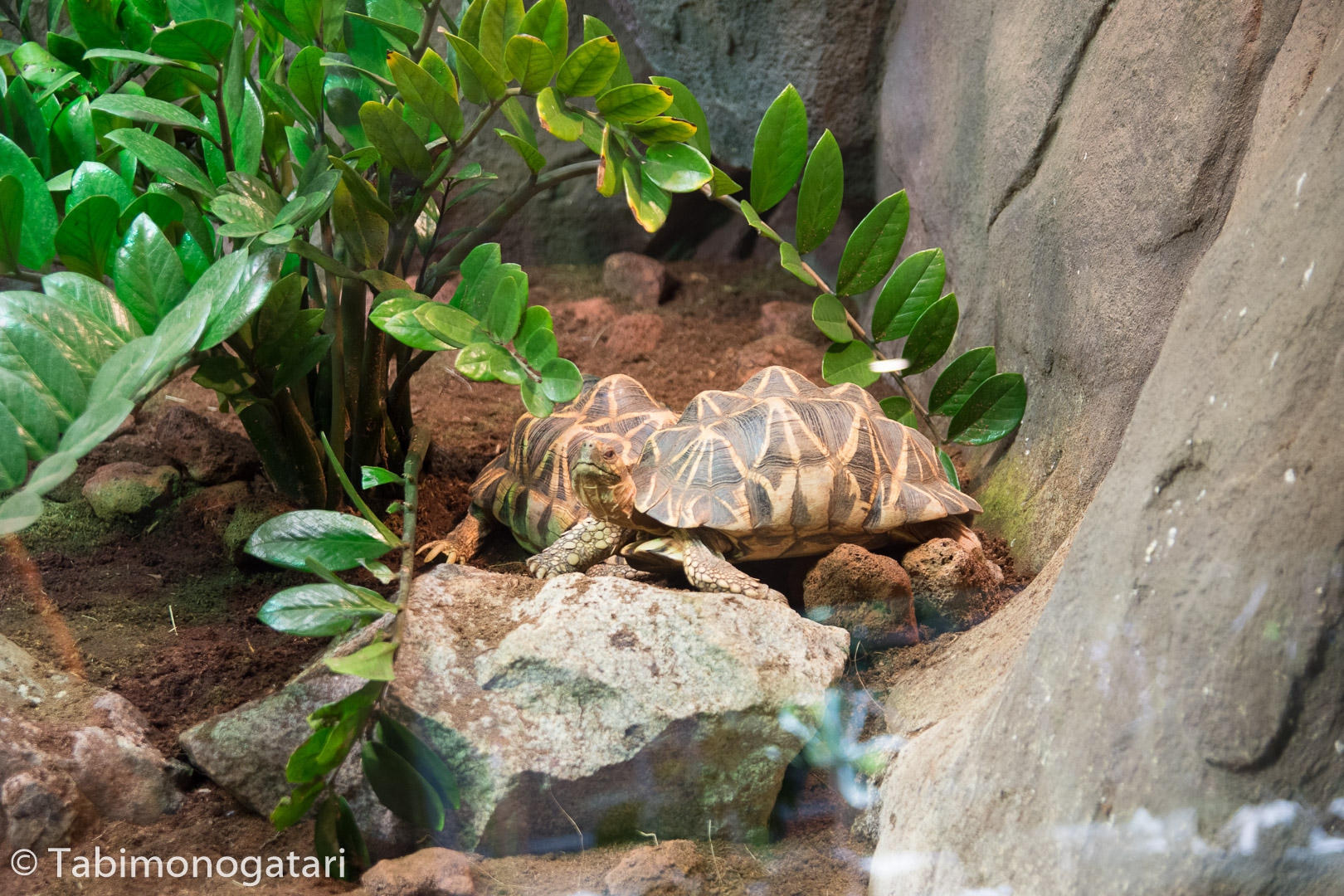 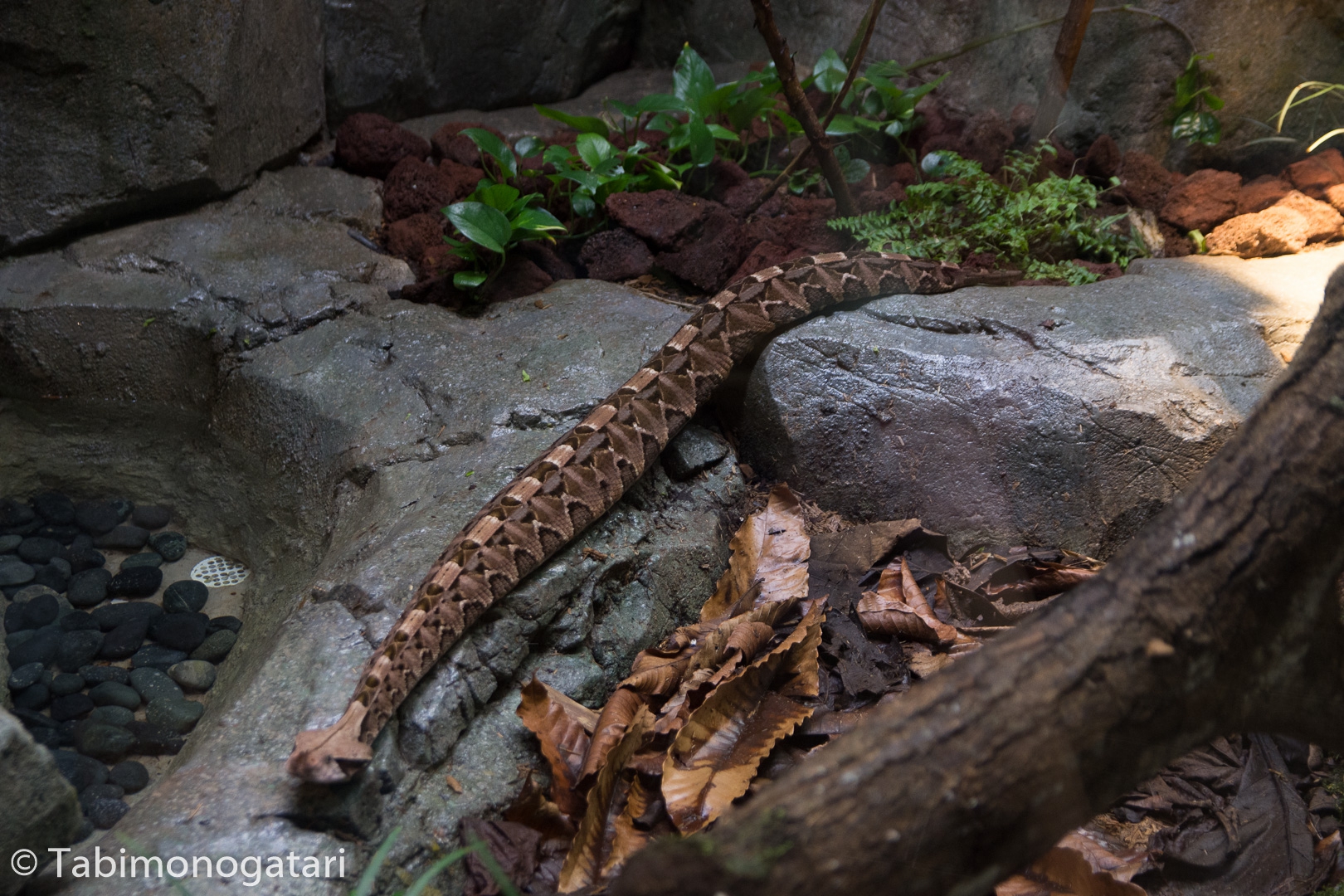 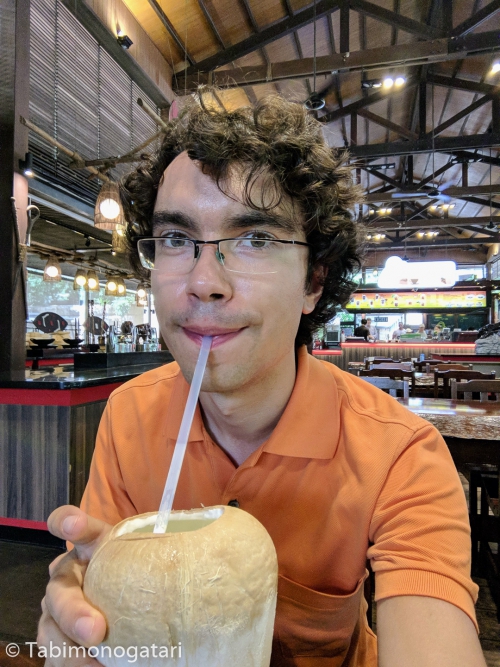 Back in the city it was time to visit the famous Orchard Road, a street lined with shopping malls. 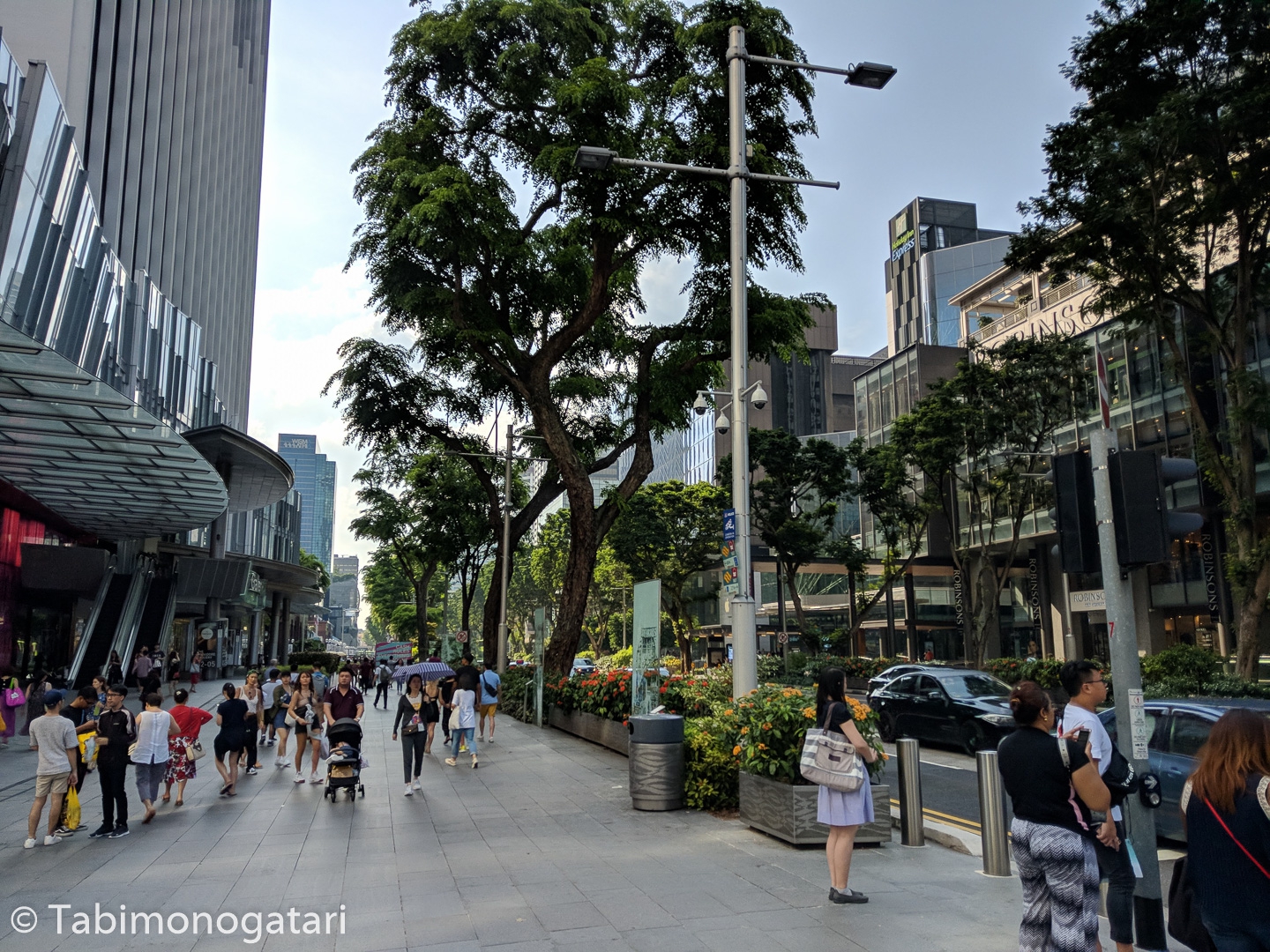 In the basement of the Lucky Plaza mall there are several cheap but good hawker stalls. At one of them I tried the signature Singaporean Haianese chicken rice. 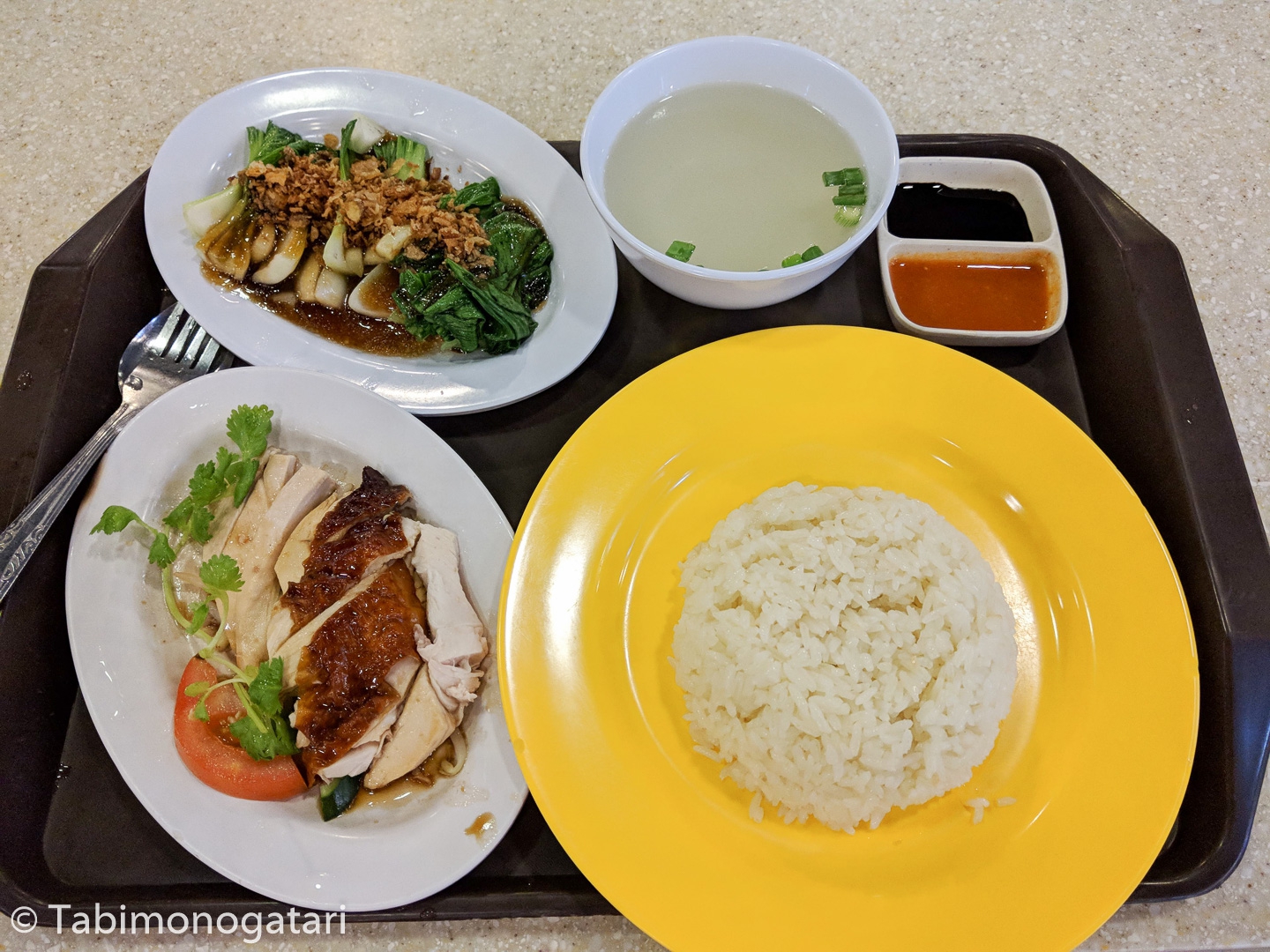 Then, I headed to Takashimaya mall where a moon cake sale took place with over 30 different sellers offering the seasonal sweets.

After that I explored several other malls until the sun set. For dinner I headed to the Tekka Center in Little India again, because it was close enough to walk from my hotel. Even late at night one can enjoy some Chicken biryani that the locals enjoy with their hands (the rice too). 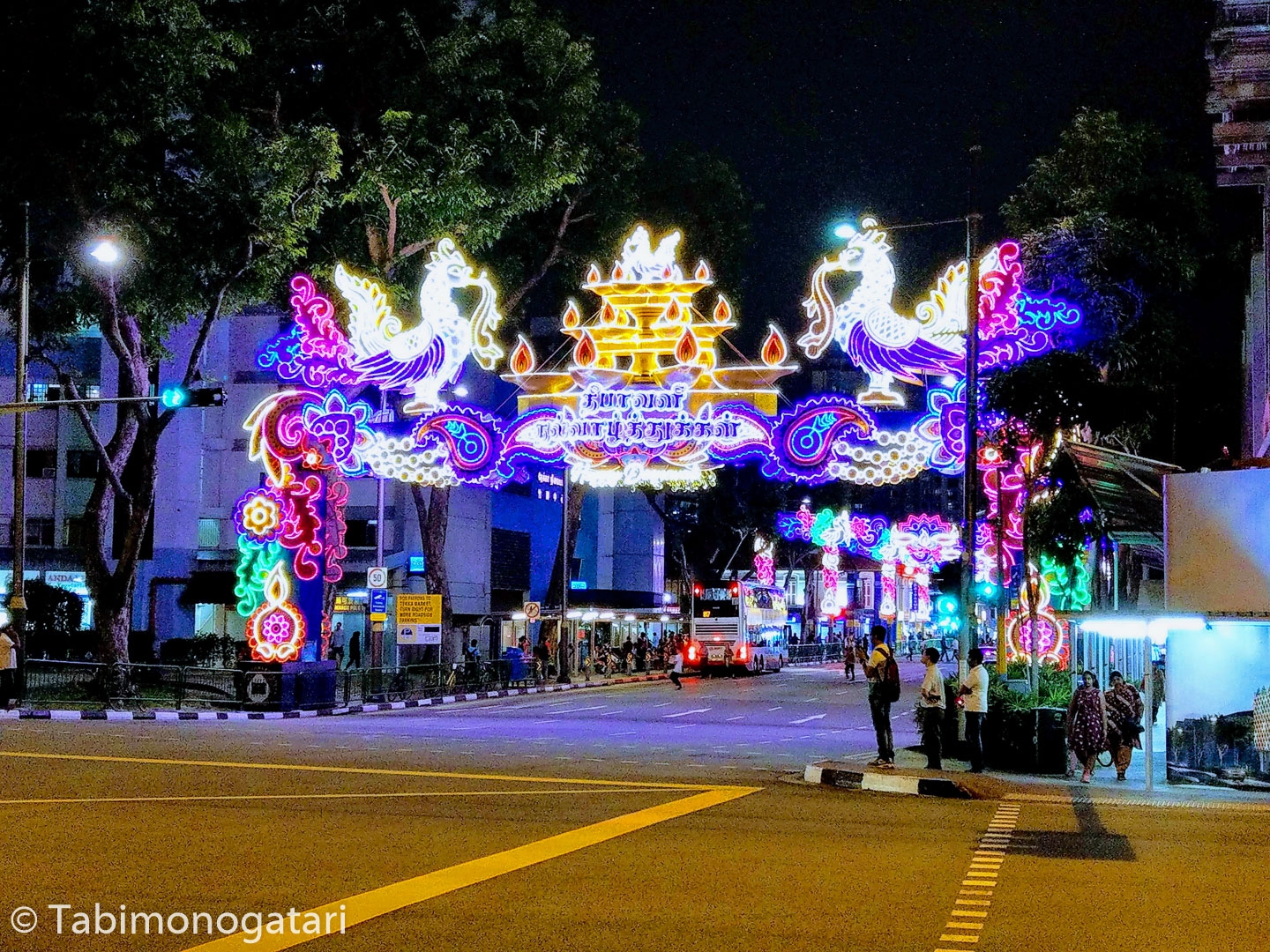 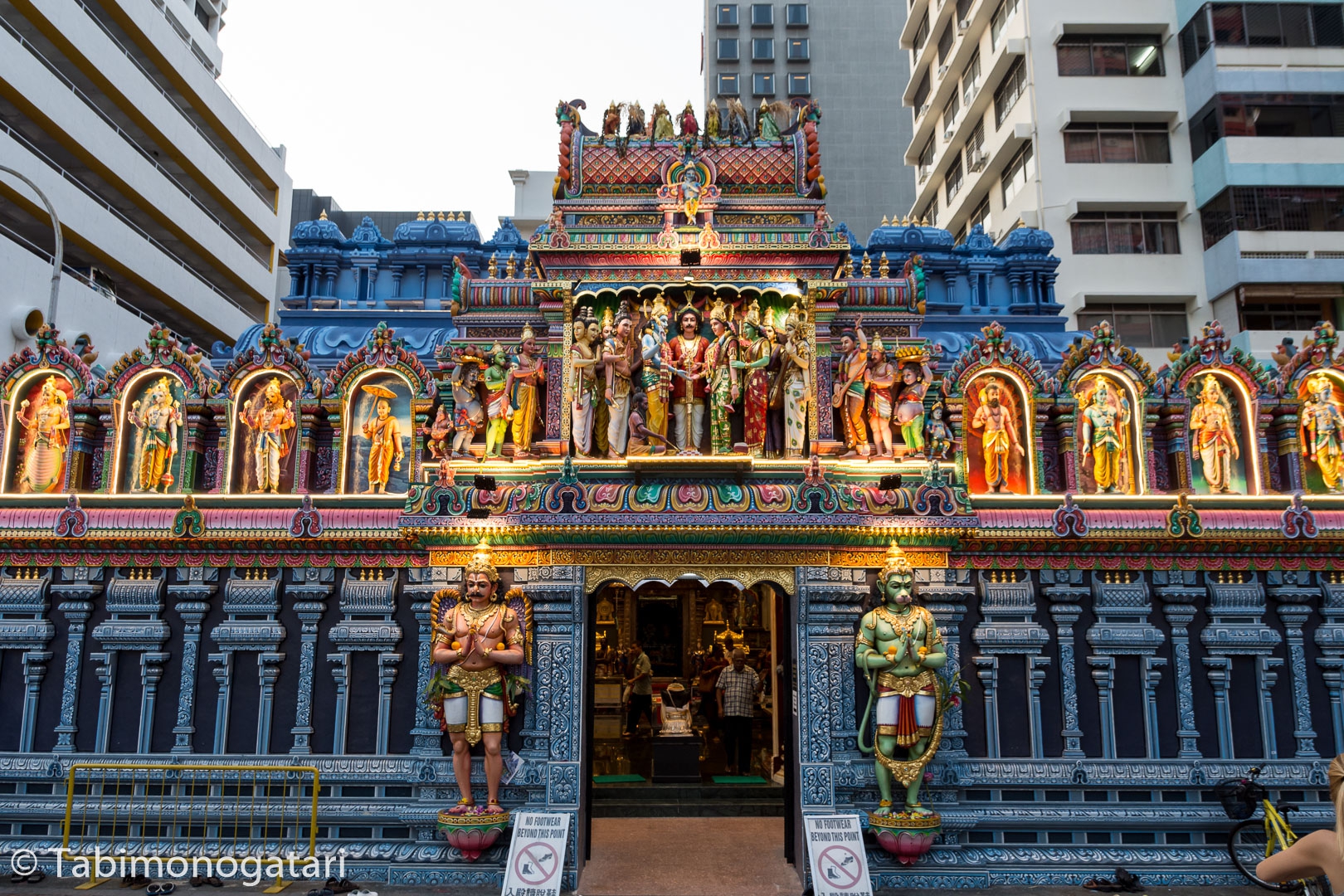 For the last day I settled on a mixed program with a museum visit and a hike in the greenery.

In the morning I stopped by the National Museum of Singapore that houses an interesting permanent exhibition about the history of Singapore, ranging from the colonial times to the Japanese invasion and finally to the foundation of the sovereign state. Their efforts to create a „city in the garden“ started only fifty years ago and I am amazed by how much they accomplished in this time frame when seeing photos of the city before that period.

The Southern Ridges is a green strip in the South of the city that consists of several interconnected parks. A 10 kilometer hiking trail leads through all of them and I thought this was the best thing I could do in the last hours being here.

I was also interested in the University of Singapore and since its campus lies close by so I included it in my hike. With the bus it took me a full hour to reach the campus, even though it looked closer on the map. The campus was enormous and as green as the whole city. Behind the library was a little park and when I walked through it I thought I entered on the park trail already. 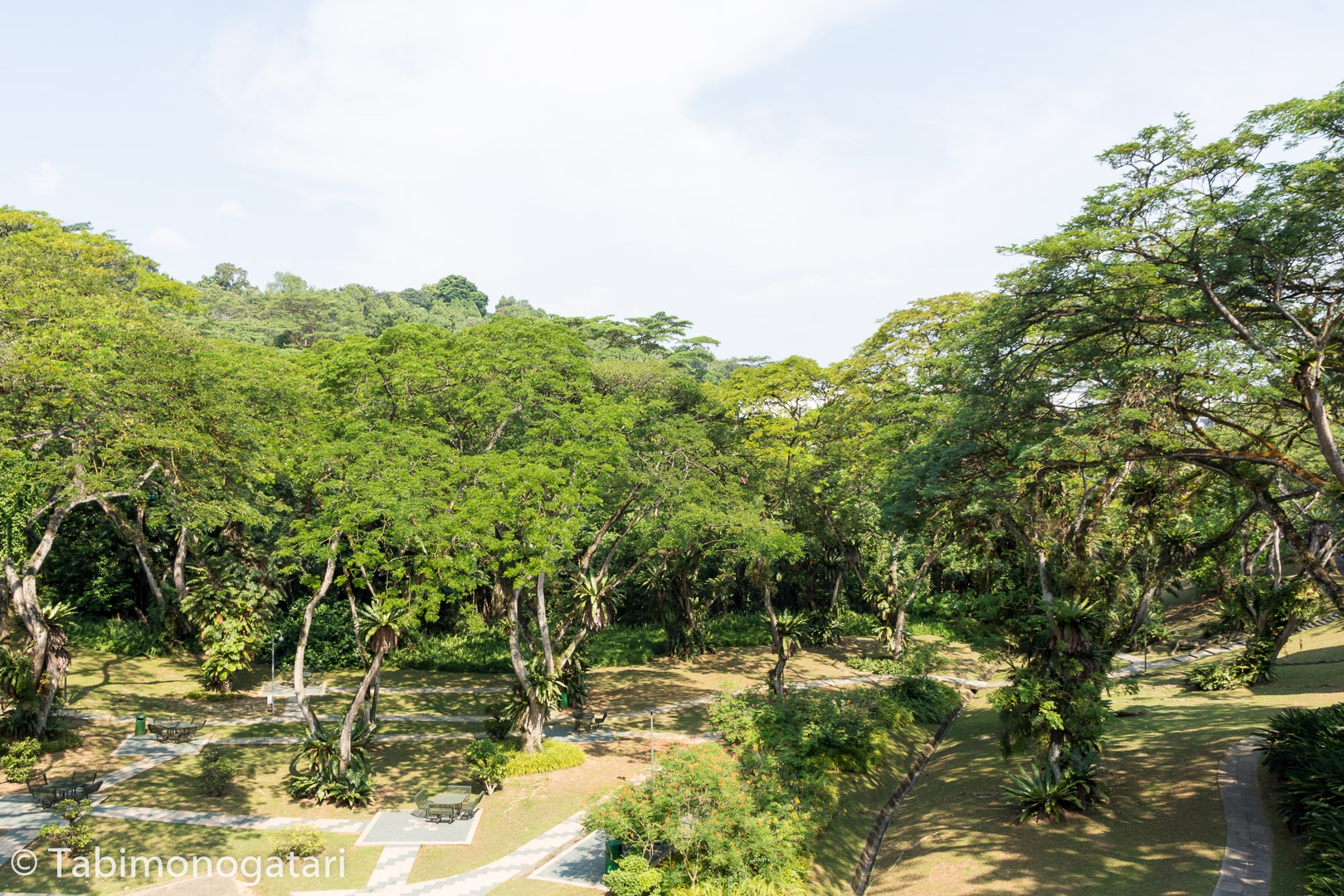 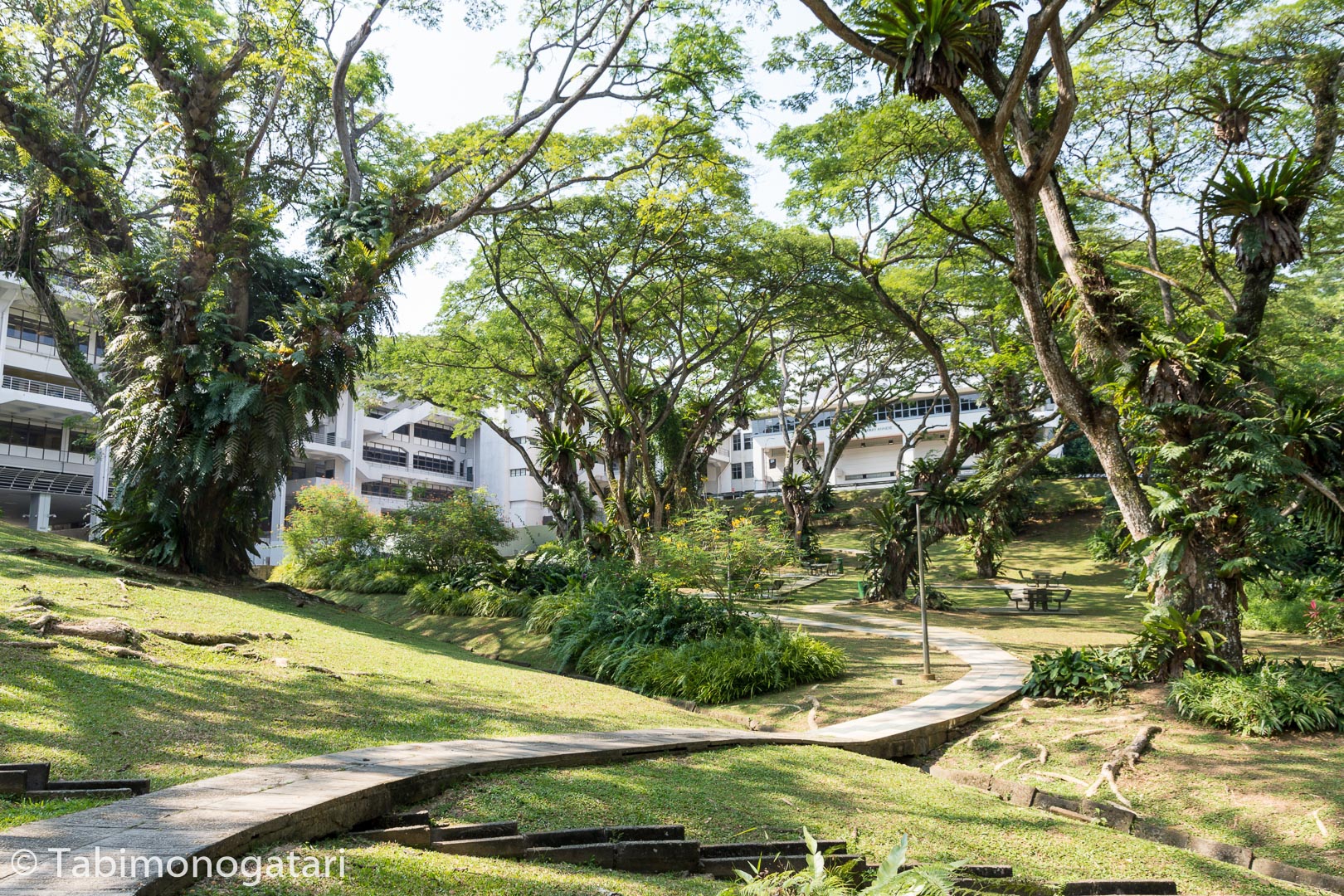 I had trouble finding the entrance on the West side, but after some wrong turns I found the way into Kent Ridge Park.

Following the trail as it wound itself through the greenery I could see the harbor and the island Sentosa between the trees. 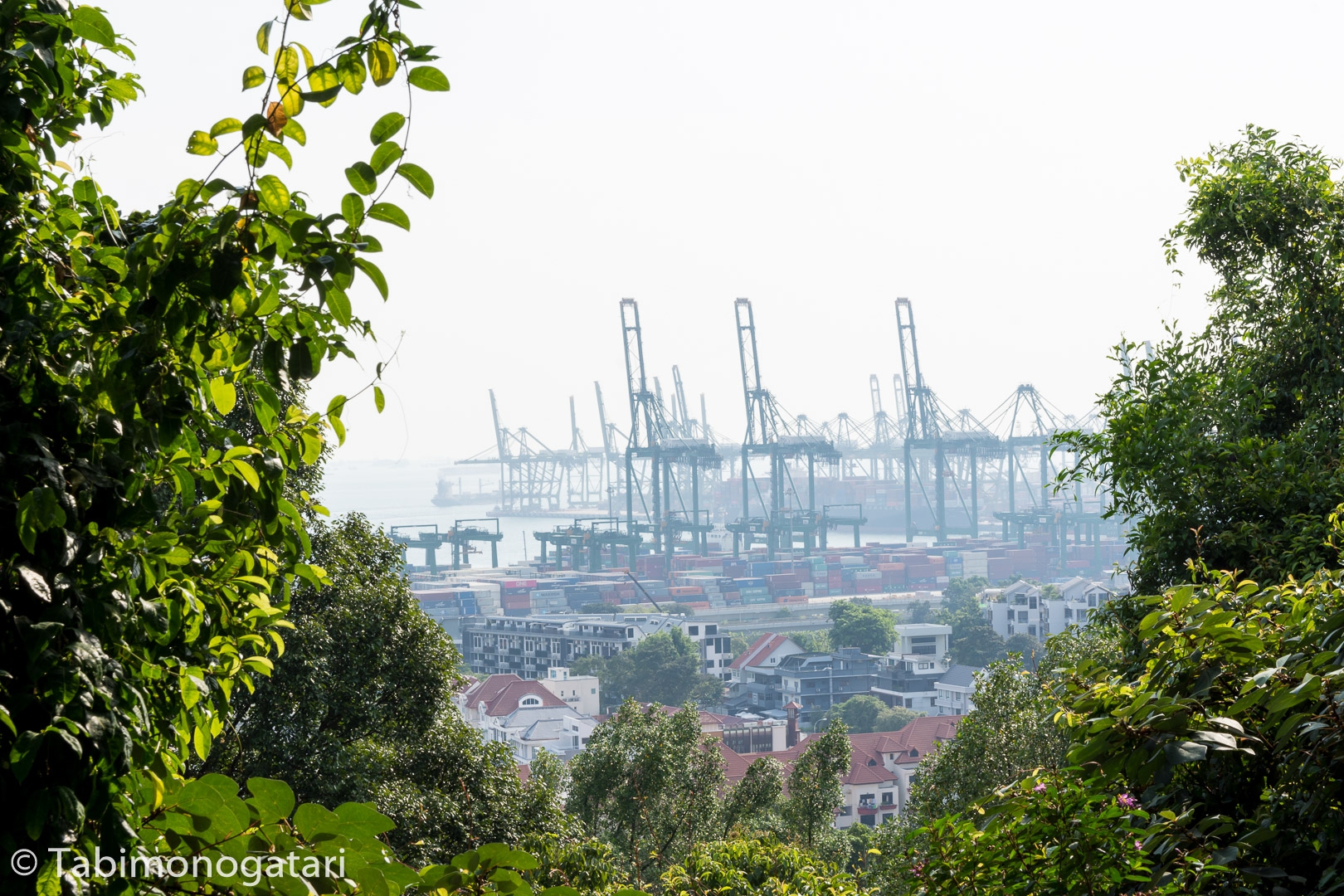 The first highlight was the Canopy Walk, an elevated path on the height of the tree tops. 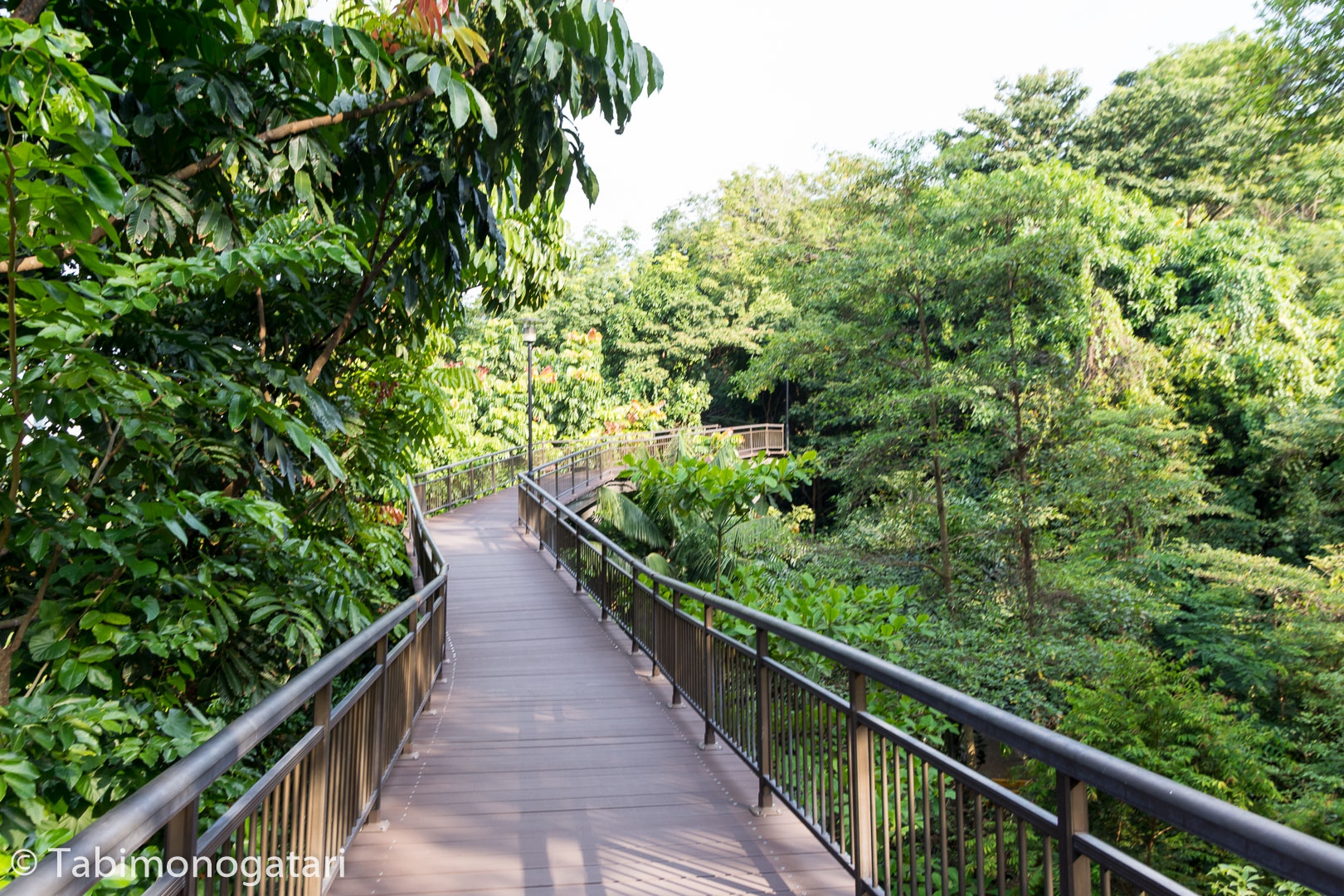 The trail lead into Hort Park, where high-tech green houses are next to communal gardens. 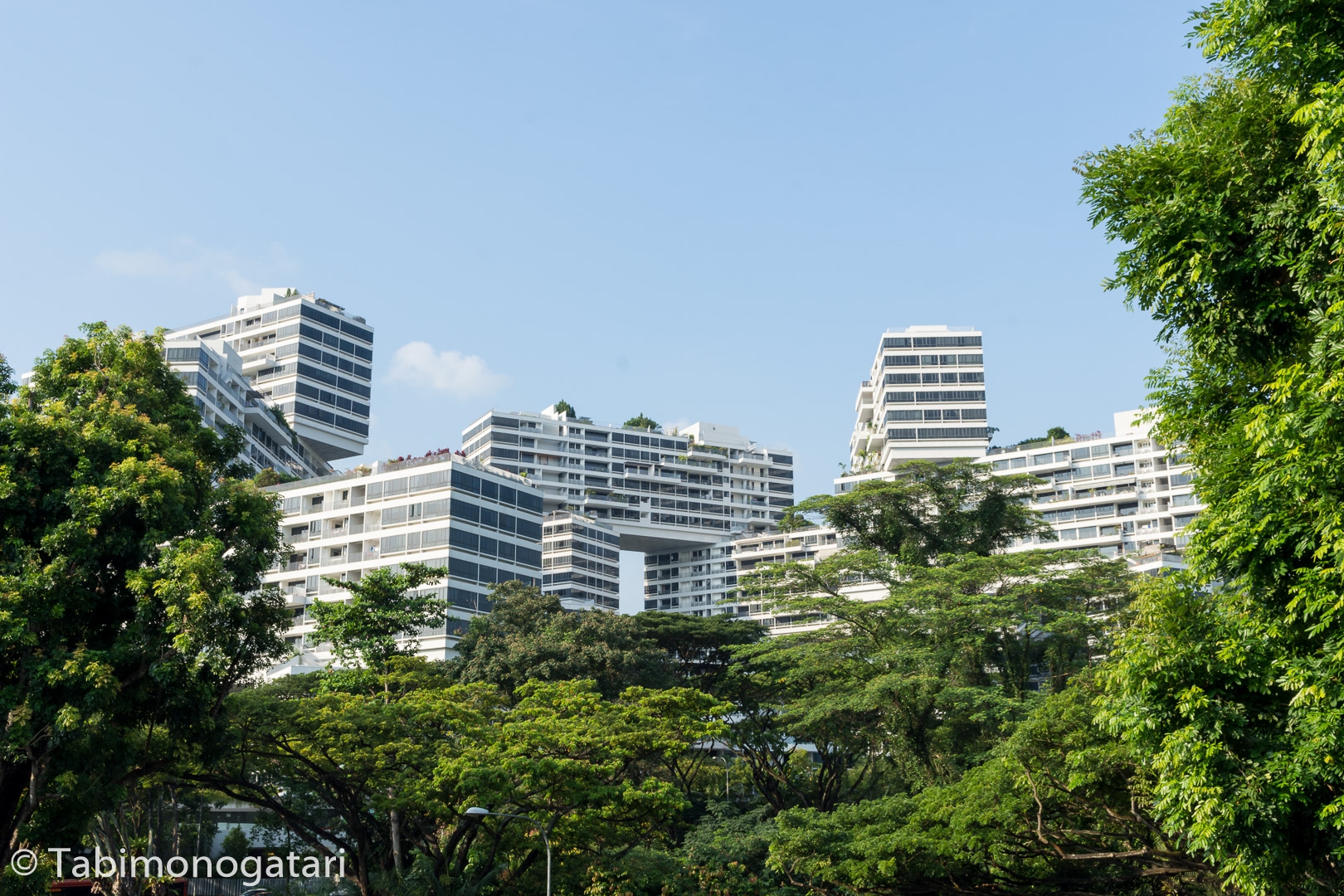 The Alexandra arch bridge connected the trail to the Telok Blangah Hill Park, the most impressive portion so far. Similar to the canopy walk a kilometer-long walkway led me alongside the canopies to the degree I forgot I was in a city. 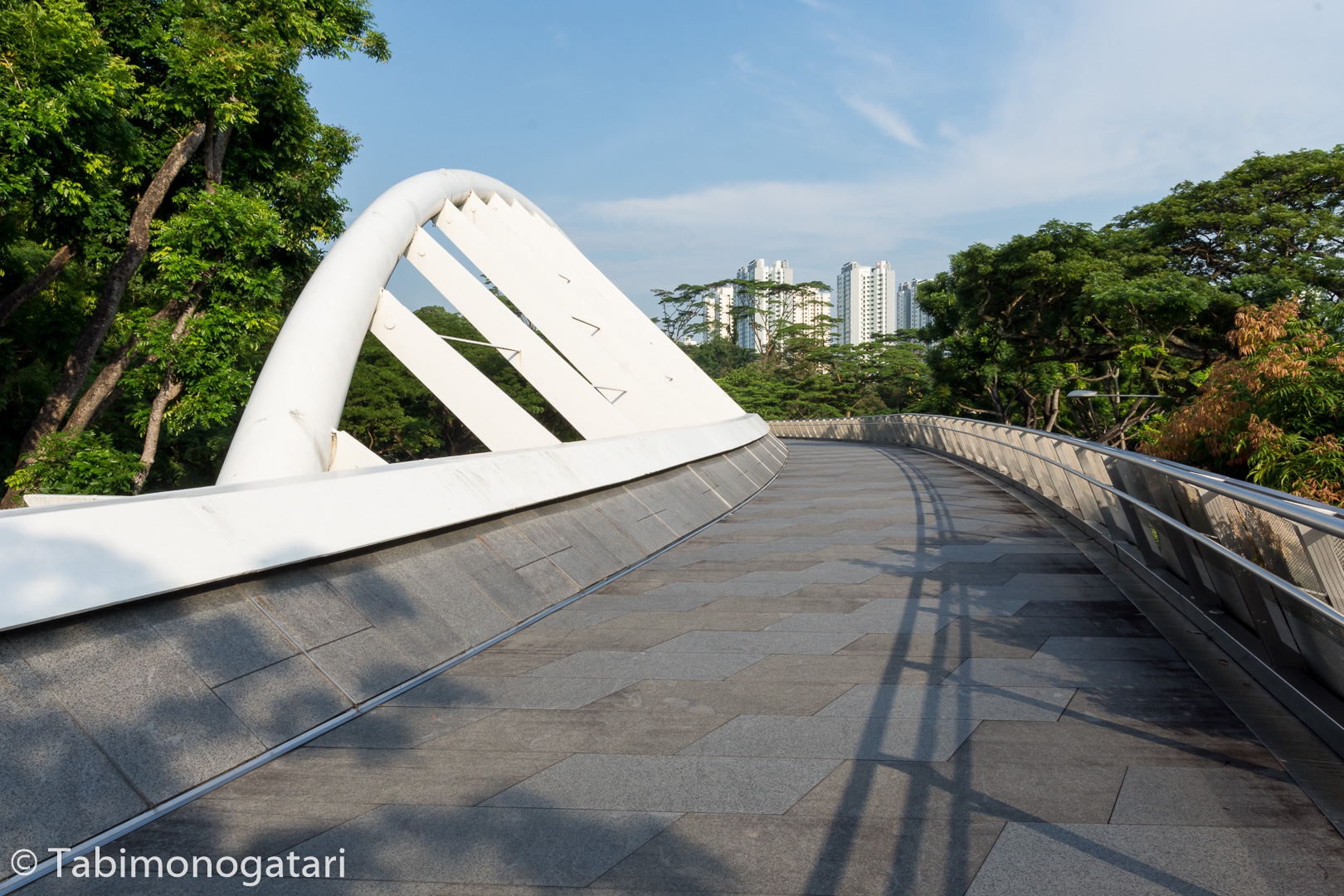 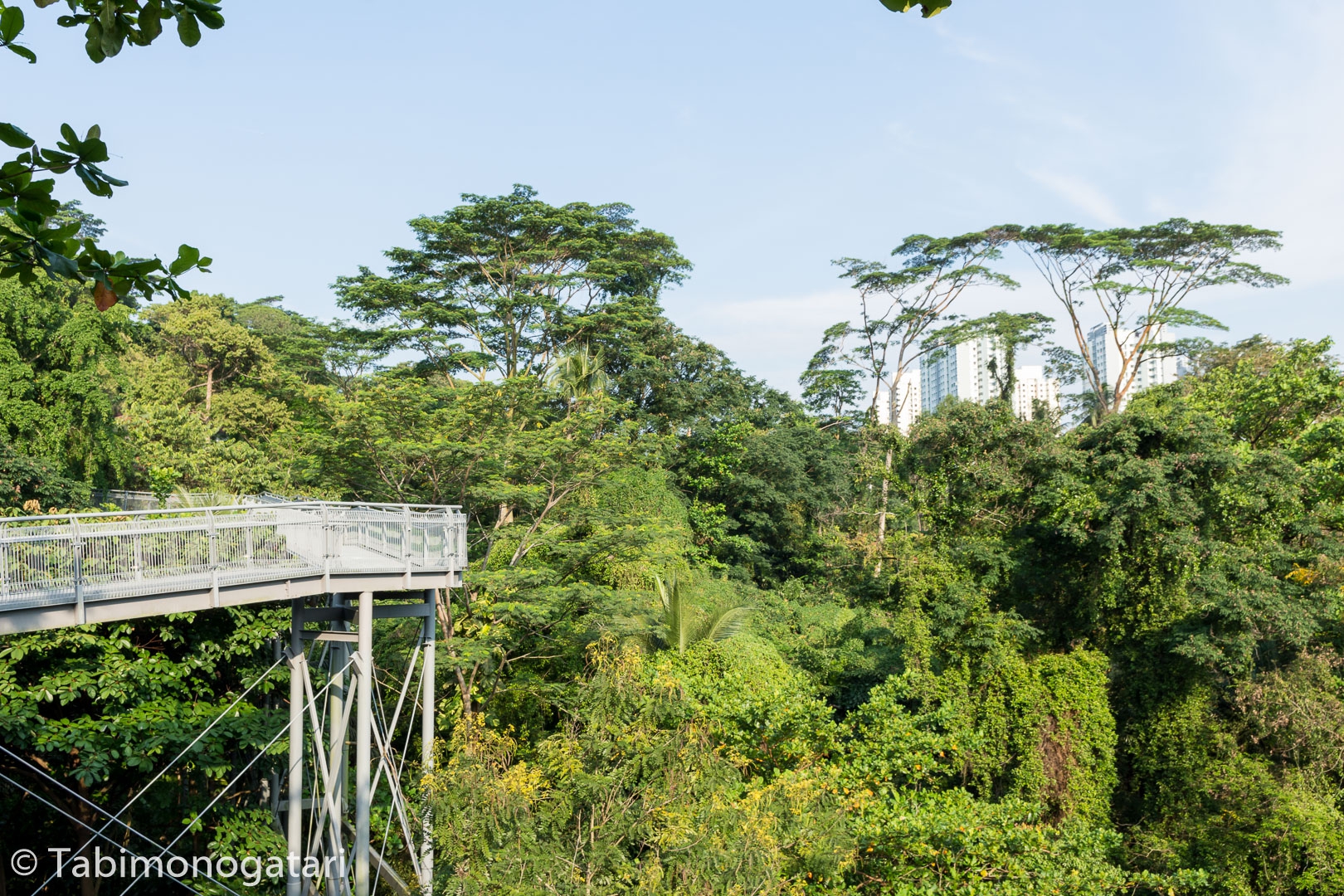 Following the Henderson Waves Bridge, a sight on its own, I arrived at the Mount Faber park, the last ascent. 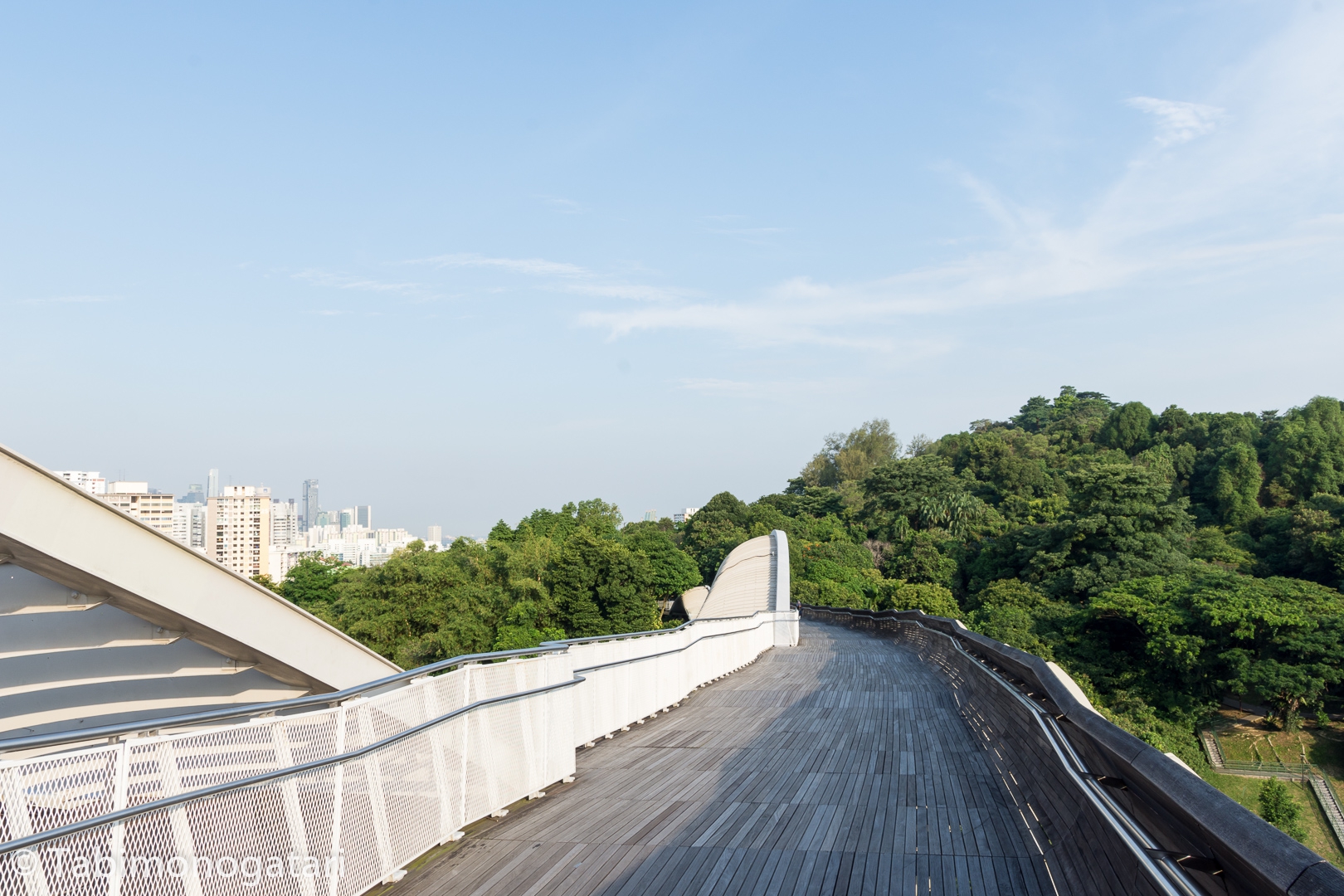 Finally I reached the Faber Peak, where a Merlion greeted me. The view over Chinatown was a perfect reward for reaching the end. Here was also the cable car station that provided direct access to Sentosa. 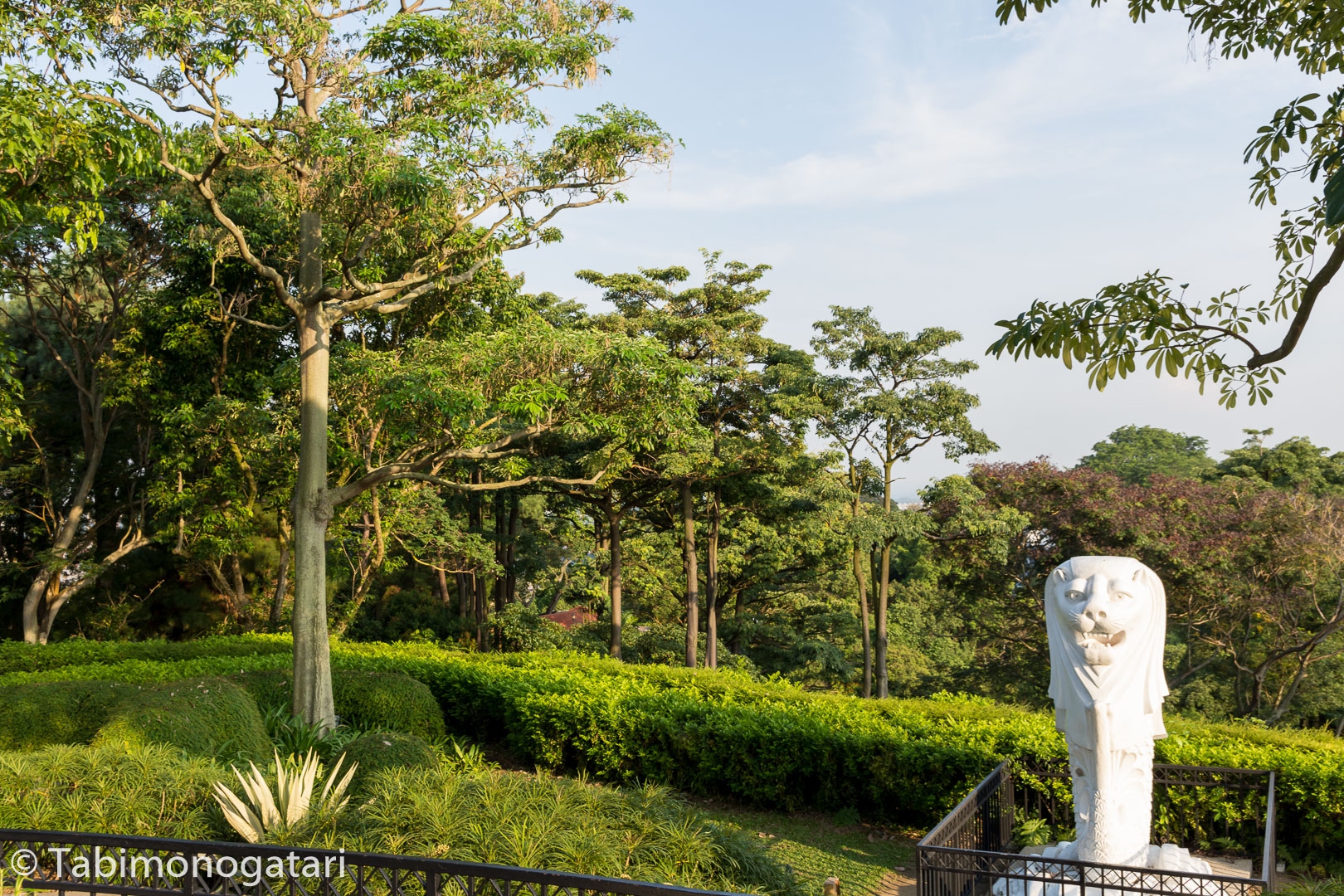 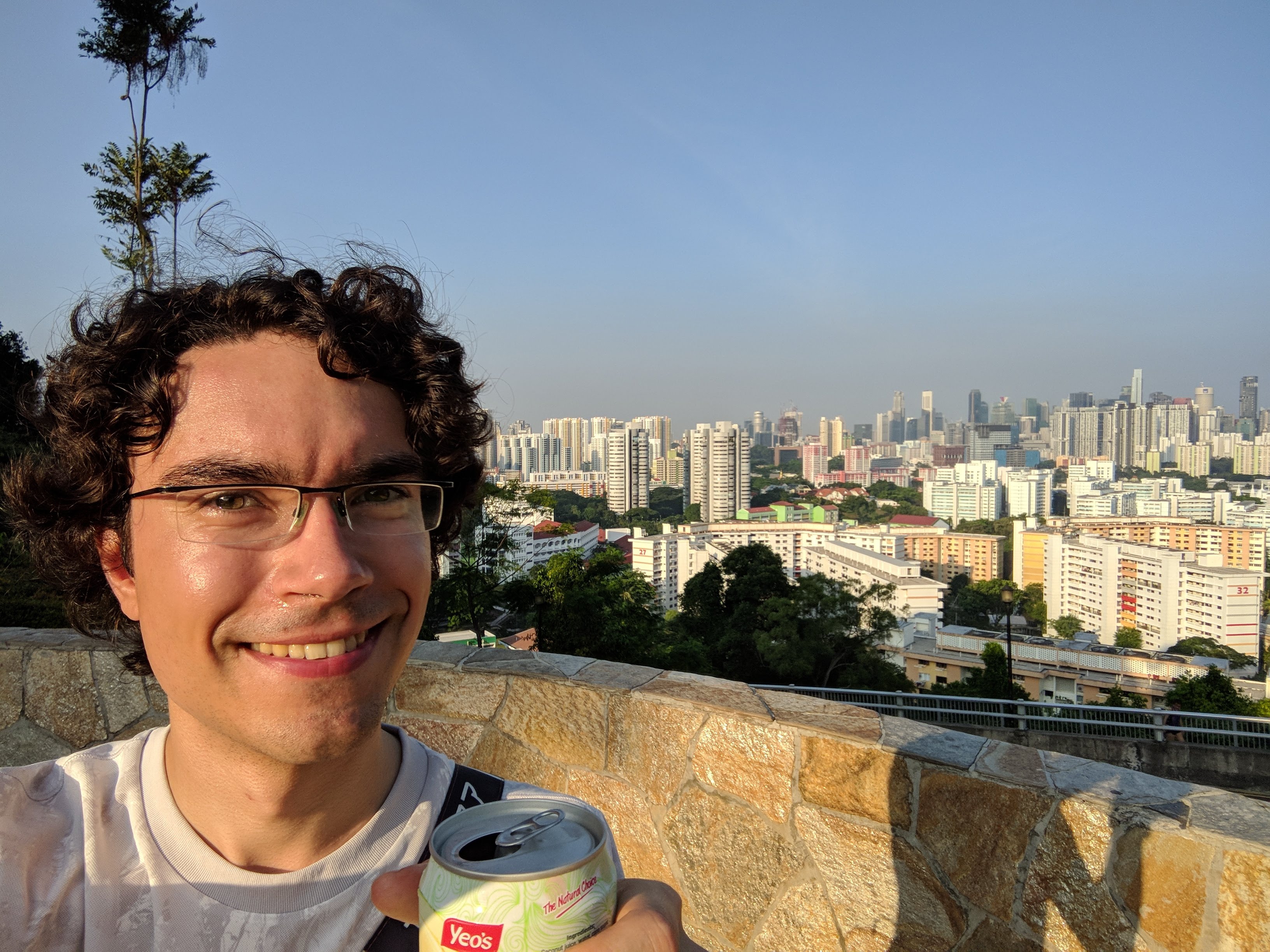 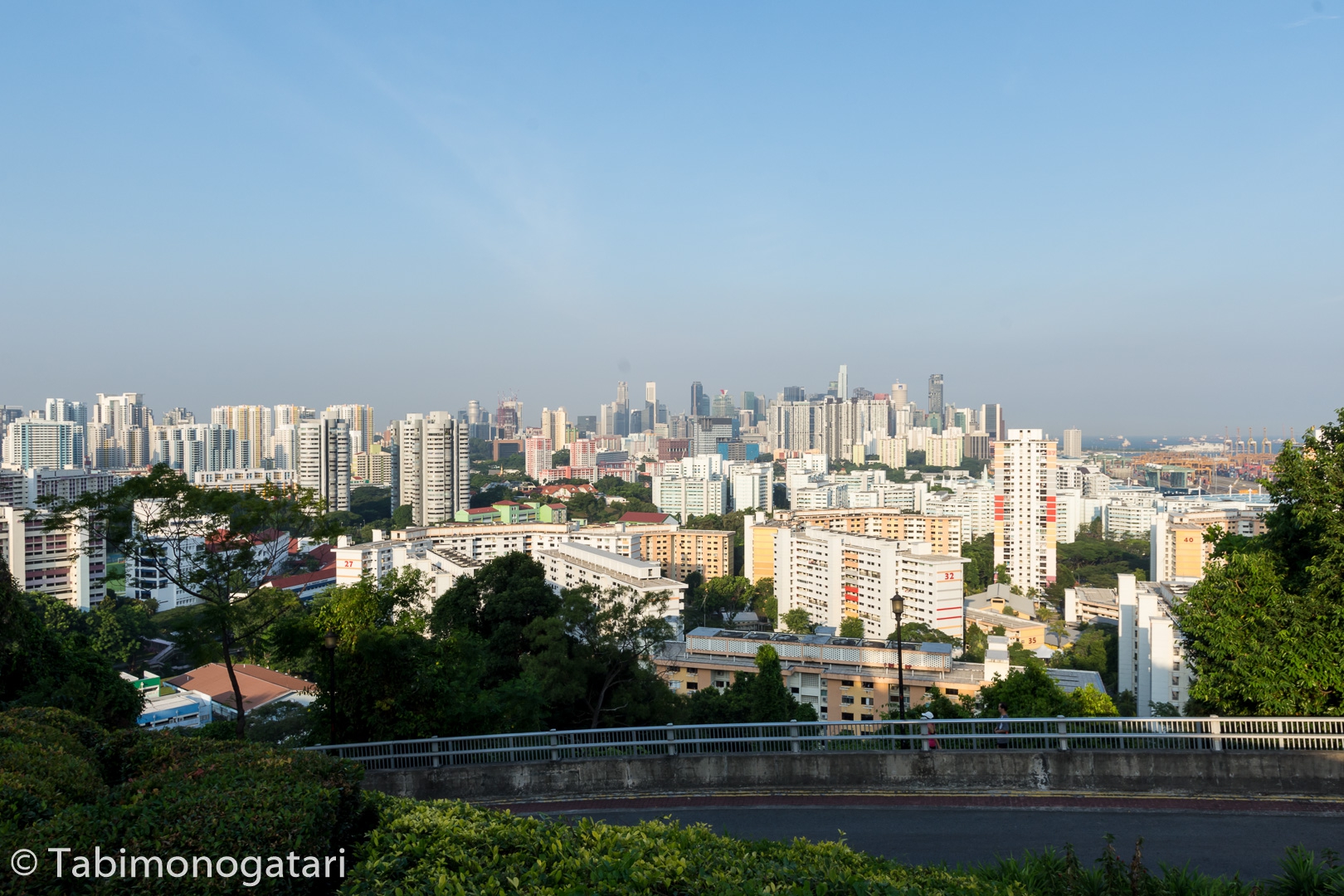 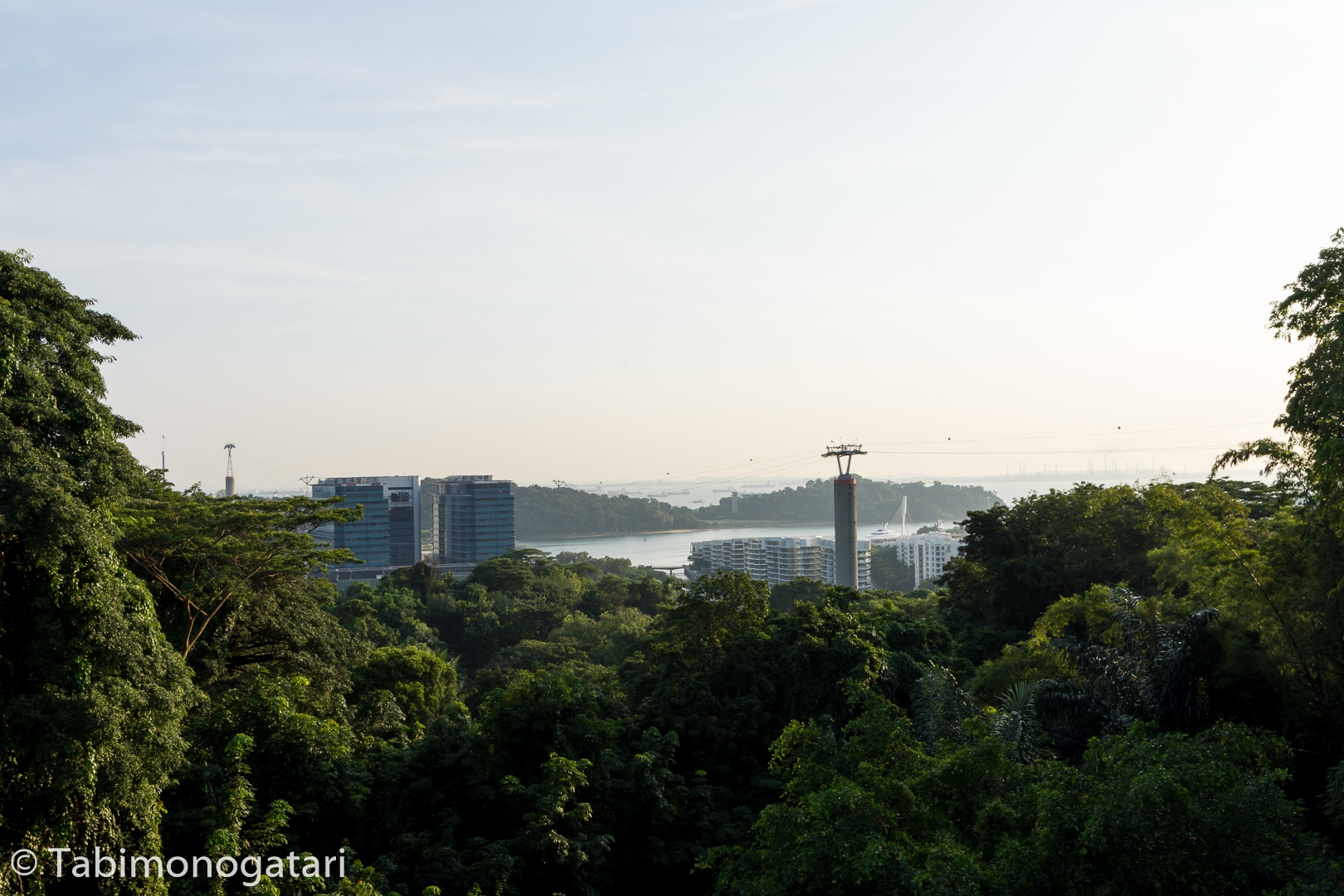 At the end of the Marang trail I was back in the bustling city, right next to the Harbourfront station. The hike was a great activity but also exhausting in the heat.

Before heading to the airport I treated myself to a hearty burger, after all the Asian cuisine an American dish was a nice change of pace.

At the terminal I rearranged my luggage and tried to close my stubborn suitcase that was too full to zip up. The immigration check point was super quick again and behind it a large amount of shops and entertainment offerings waited in transit area.

It was no problem spending the hour exploring the vast premises and looking for last-minute souvenirs. The airport had even several gardens and a game arcade. 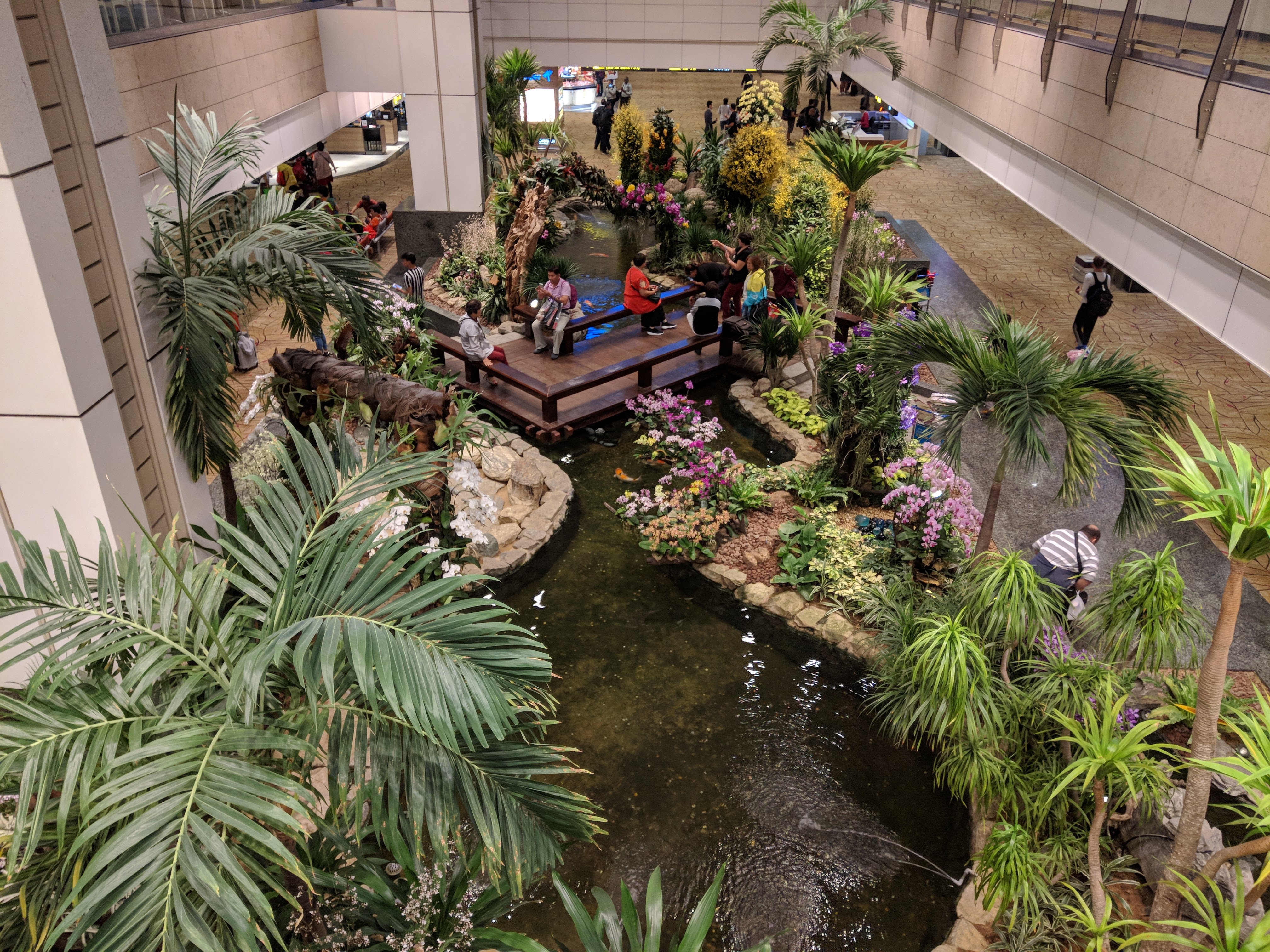 The return flight was again with Lufthansa and I was lucky again to snatch a seat on the upper deck. The flight departed at midnight and I was happy to catch some sleep after the long day. The next morning, I freshened up in a shower in the transit area before picking up my luggage. Unfortunately, my bag was briefly lost but I was able to retrieve it after asking around. 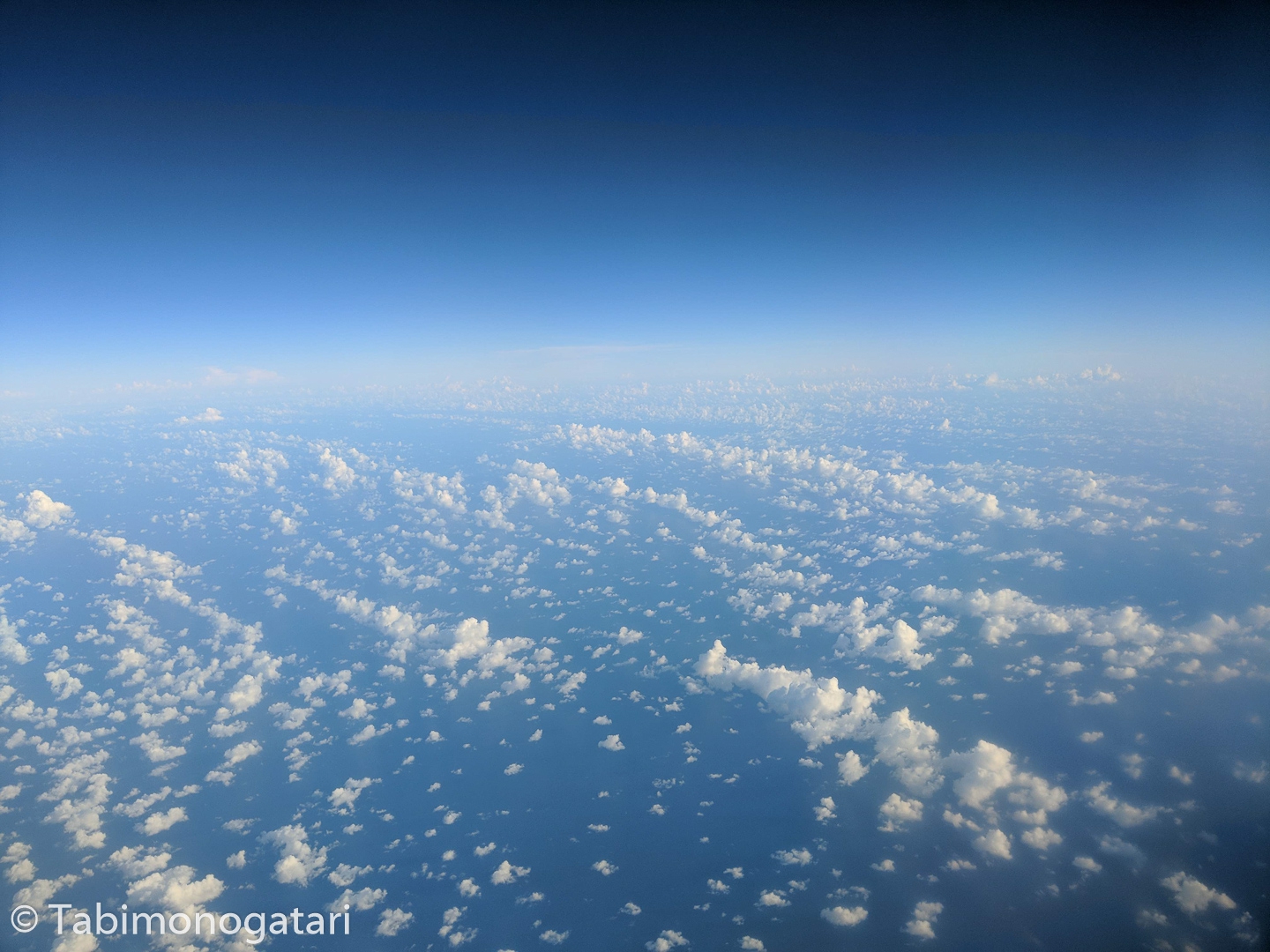 To sum up, I really enjoyed this trip across 5 countries. I took in so many impressions and fond memories and tried to convey some of them to you, my fellow readers.