No city, company or touristic site is genuinely Japanese unless it has a mascot. For Kumamoto that is Kumamon. 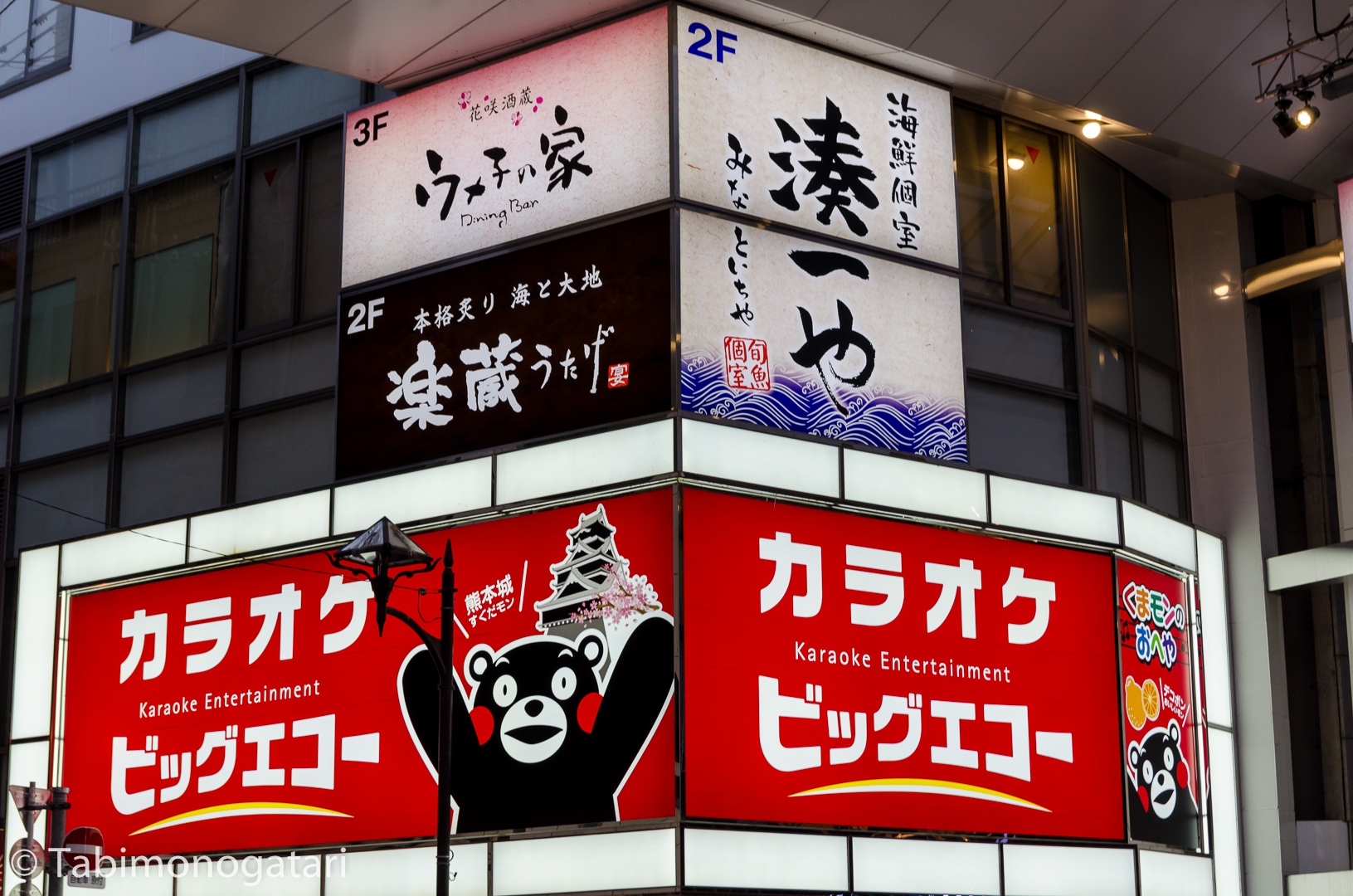 Kyushu is the island of streetcars I started to believe when I entered one again this time to reach my hotel close to the castle in the center of the city. While the hotel made a professional impression on me I was getting a bit sceptical anyway when I talked to a man in a Hawaiian shirt, claiming to be the receptionist. 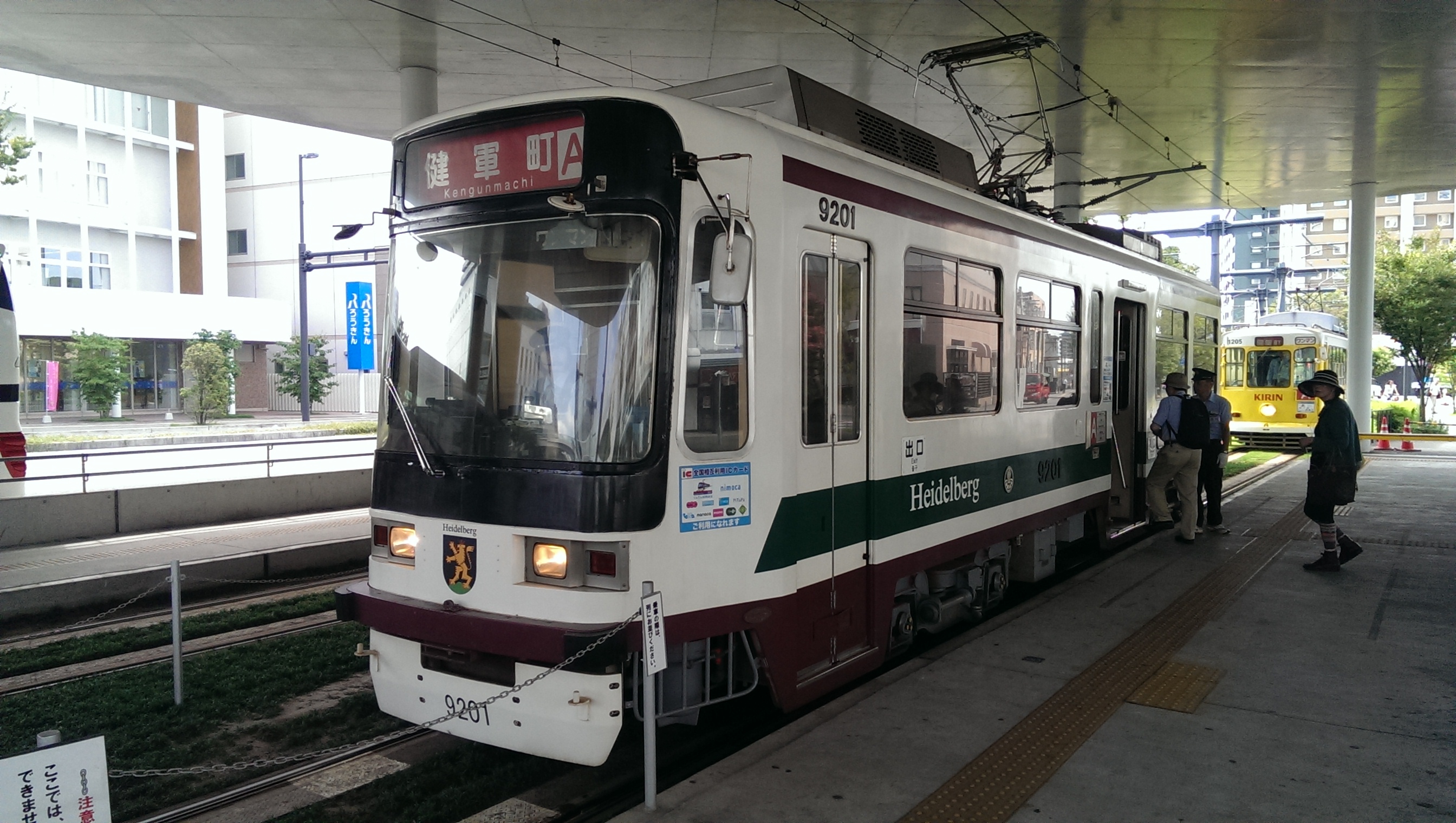 It started raining again, so I retreated to a cafe I found in a back alley of a shopping arcade.
They were skilled in making “Cafe Latte Art”, but charged quite a bit for it. 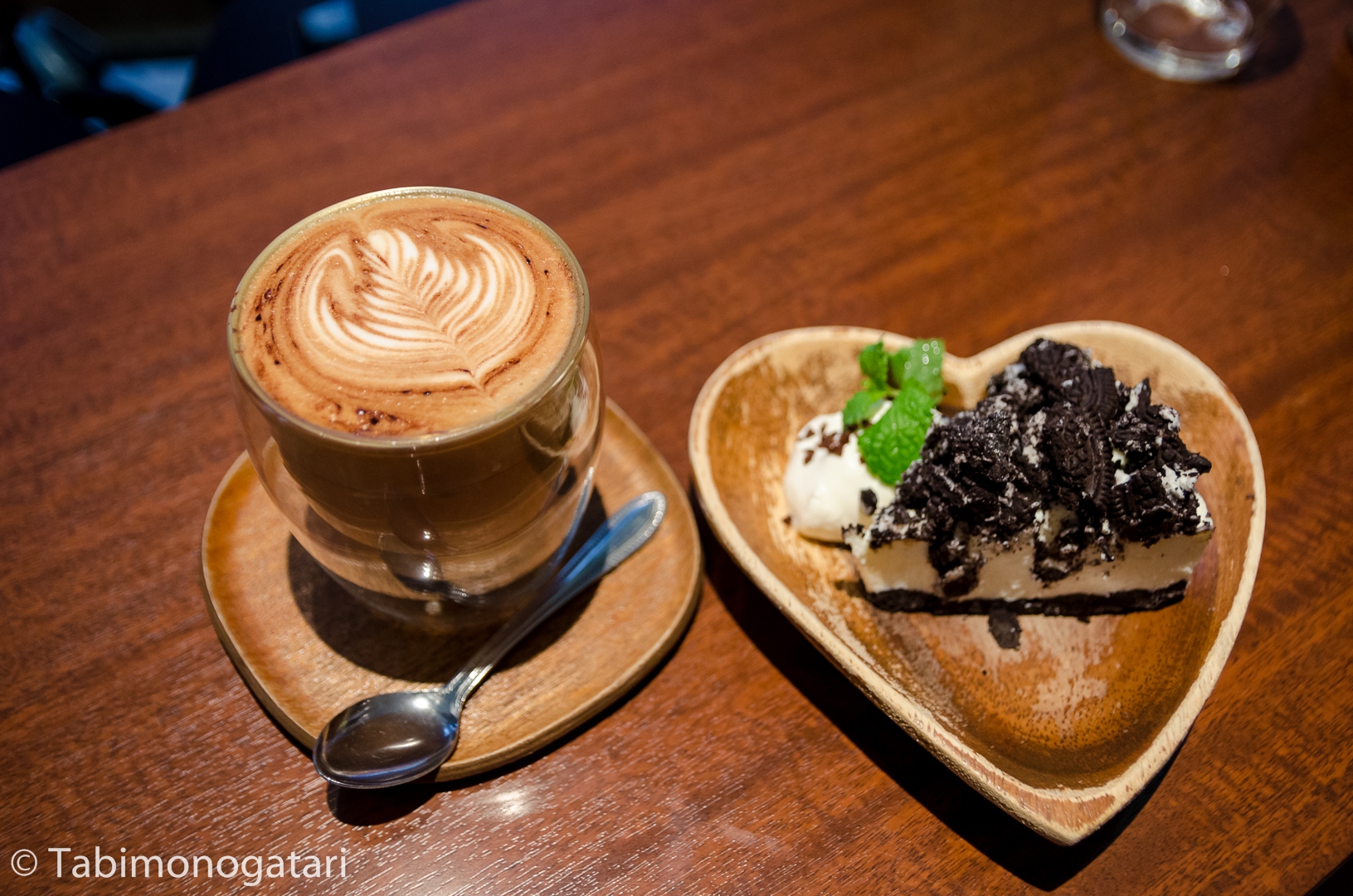 The cultural highlight of the city is Kumamoto Castle, built in the 17th century. With Himeji’s and Matsumoto’s it is one of the three premier castles. The castle consists nowadays mostly of concrete, but the surrounding building still are in their original state. 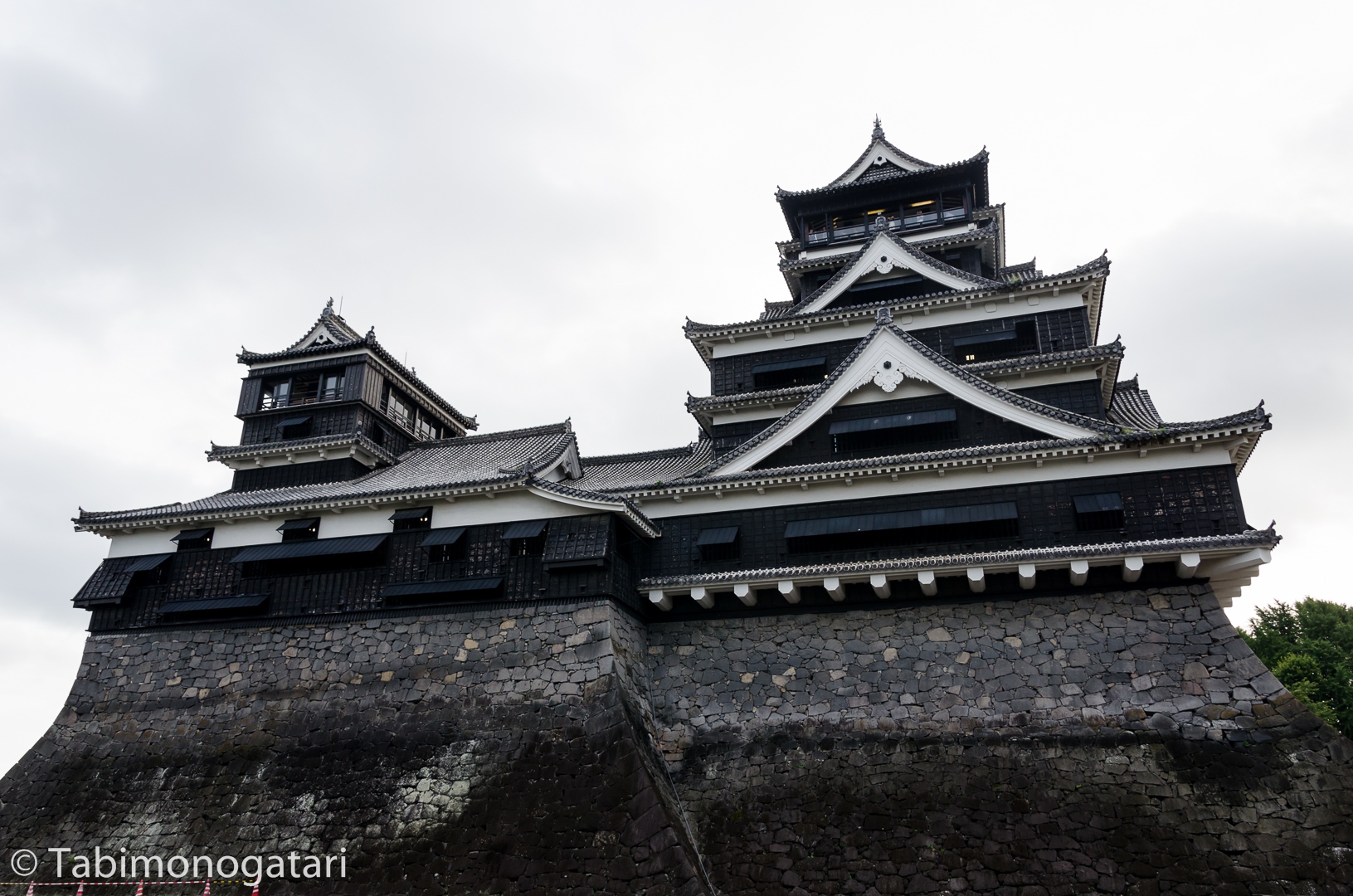 Both the castle tower and the buildings are open for visit. The castle housed an exhibition about the historic background and reconstruction period. From the top parts of the city could be observed. 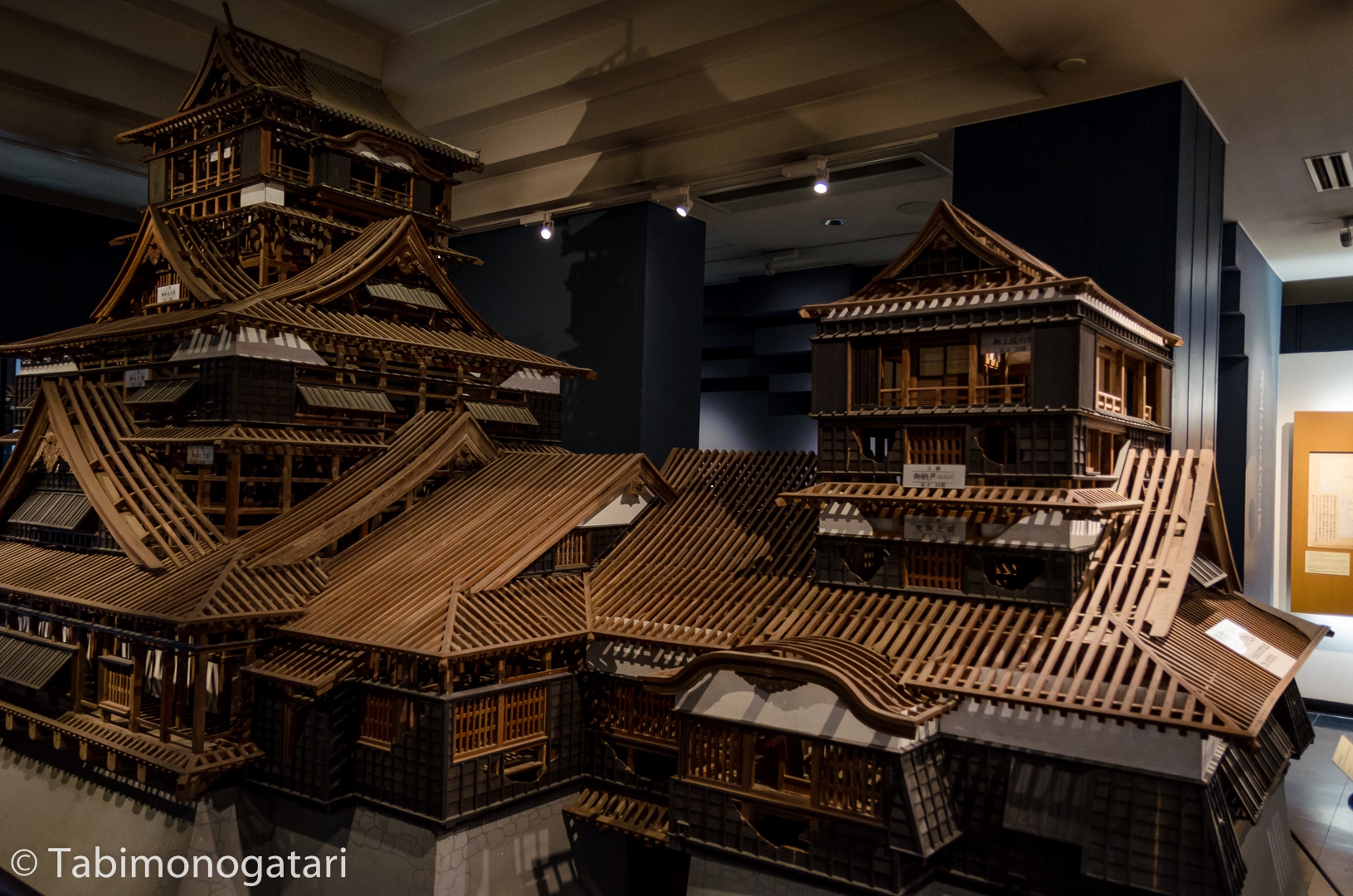 Many tourists were there, beside Japanese also a lot of Chinese. Again, just a few foreigners from overseas. 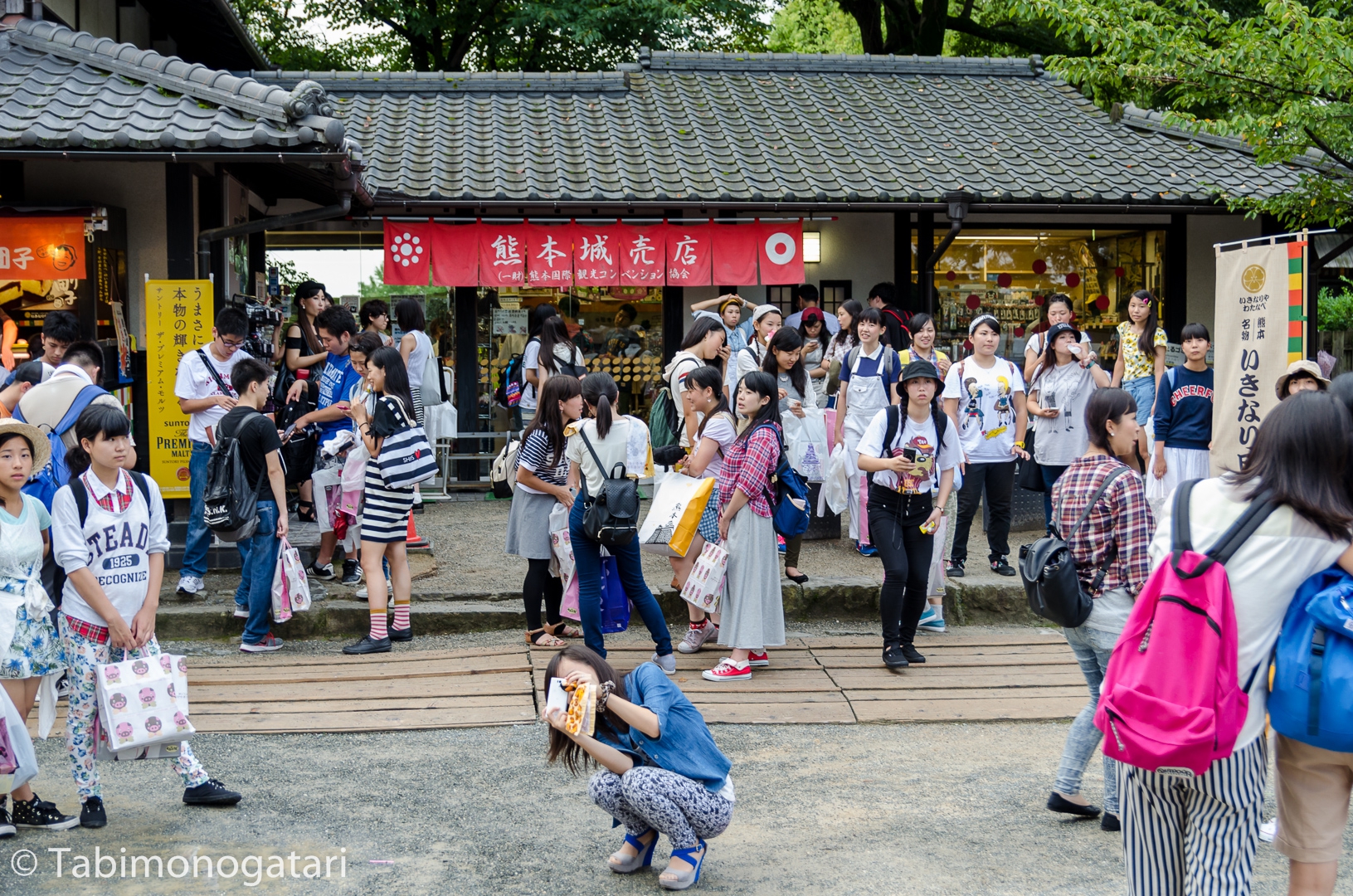 Not too far from Kumamoto is Mount Aso, a gigantic active volcano. When it is in a good mood, you can visit the crater and walk around the area. For the last few weeks a warning was issued so I had to pass on this activity.

There are a lot of Japanese dishes I wanted to try (again) on my trip, but not all are very traditional. For example, I wanted to eat at a Japanese fast food chain once. That evening I found myself in a Mos Burger branch, munching a Chicken burger with french fries and a tea. Unlike its American counterparts Mos Burger does not try to seriously endanger the customer’s health with its menu. The burger was freshly prepared and the drink menu also included drinks like cold tea. If you order no drink a free water will be added to the menu.

The size of the burgers was comparatively smaller to what I was used to overseas so I tried a rice burger afterwards, which was also very tasty. Between two slices of fried rice was a piece of fried salmon and vegetables.

Since there was not much to discover in the neighboorhood I retreated to my room early.
After enjoying the Japanese breakfast in the hotel, including the usual bowl of rice, miso soup, pickled vegetables, omelette, fish and natto. 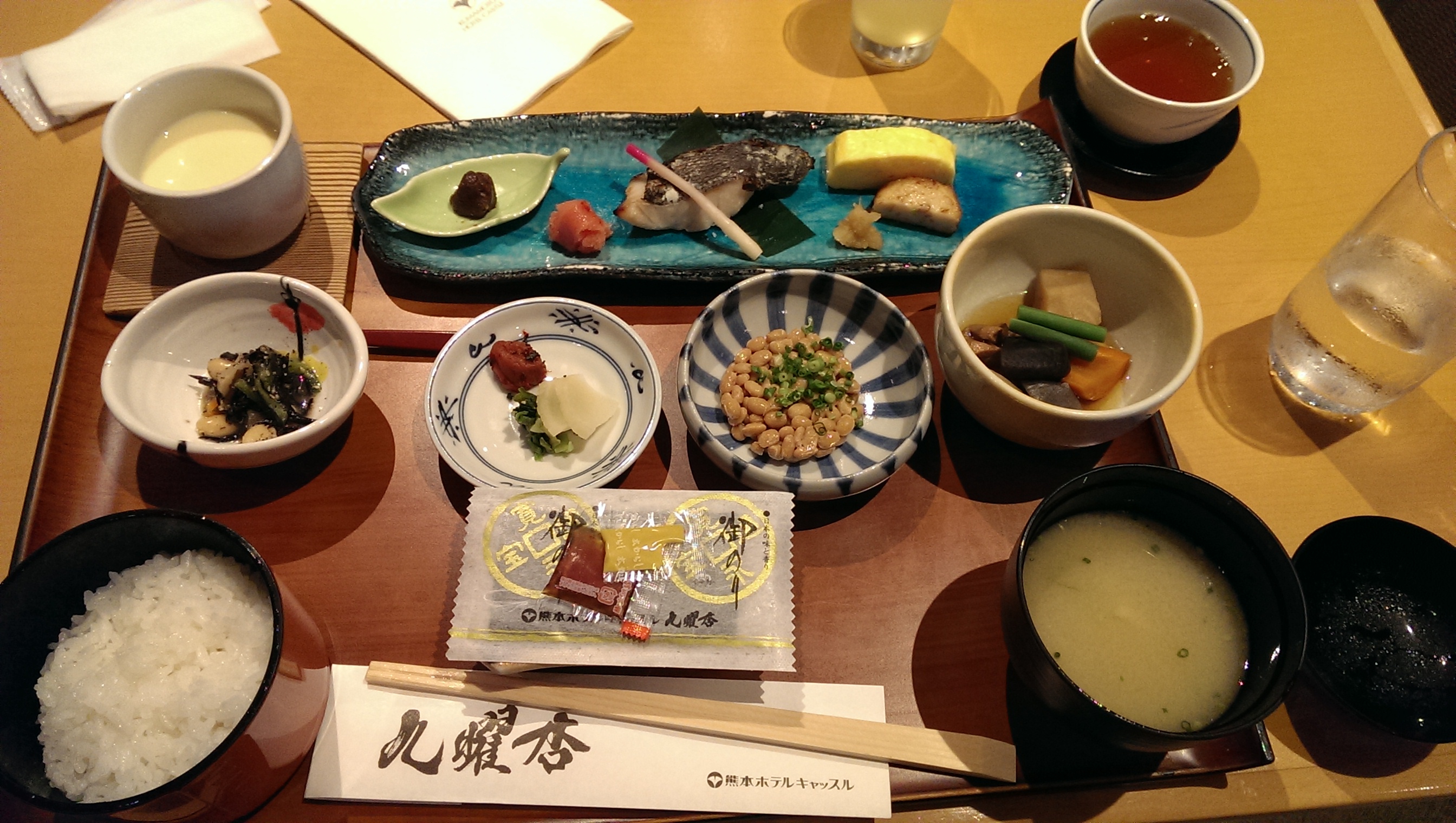 With the Sakura Shinkansen I headed to Beppu next for another Onsen visit.