The train ride with the Kamome (Seagull) limited express was quiet enjoyable. The cars had a parquet floor and leather seats, in addition the overhead shelves looked like the ones in airports. The weather changed for the bad and while travelling along the coast line, all I saw was a rainy coastline.

Again with a streetcar I first visited my hotel, located in the Chinese direct. It was very comfortable and I had a room in the 12th floor with sight over the city.

Again looking for a late lunch I strolled through the Chinatown, the oldest in Japan. The local dish of the city is the Chinese dish Champon. You can guess from where Ramen originated from.

Going on, I headed to the Northern part of the city.
The Nagasaki Atom Bomb Museum tells a similar story as its counterpart in Hiroshima I visited last time. The focus was set on the damage on the city and the short-term impact with many exhibited items which were destroyed from the first blast. Testimonials narrated from the helplessness of the victims.It reminded me of a Japanese movie setting in Hiroshima I watched some month ago, which showed charred humans begging for water.

It is clear that the museum showed the incident from the perspective of the Japanese, but I think we all can agree on that this kind of weapon must not be used in combat ever again.
The second world war and Japan’s role was barely mentioned, while the fact that American officials decided to use the bomb twice without prior notice without the scientists consent was highlighted.

Next to the museum is the Peace Park, which was built below the hypocenter of the bomb. 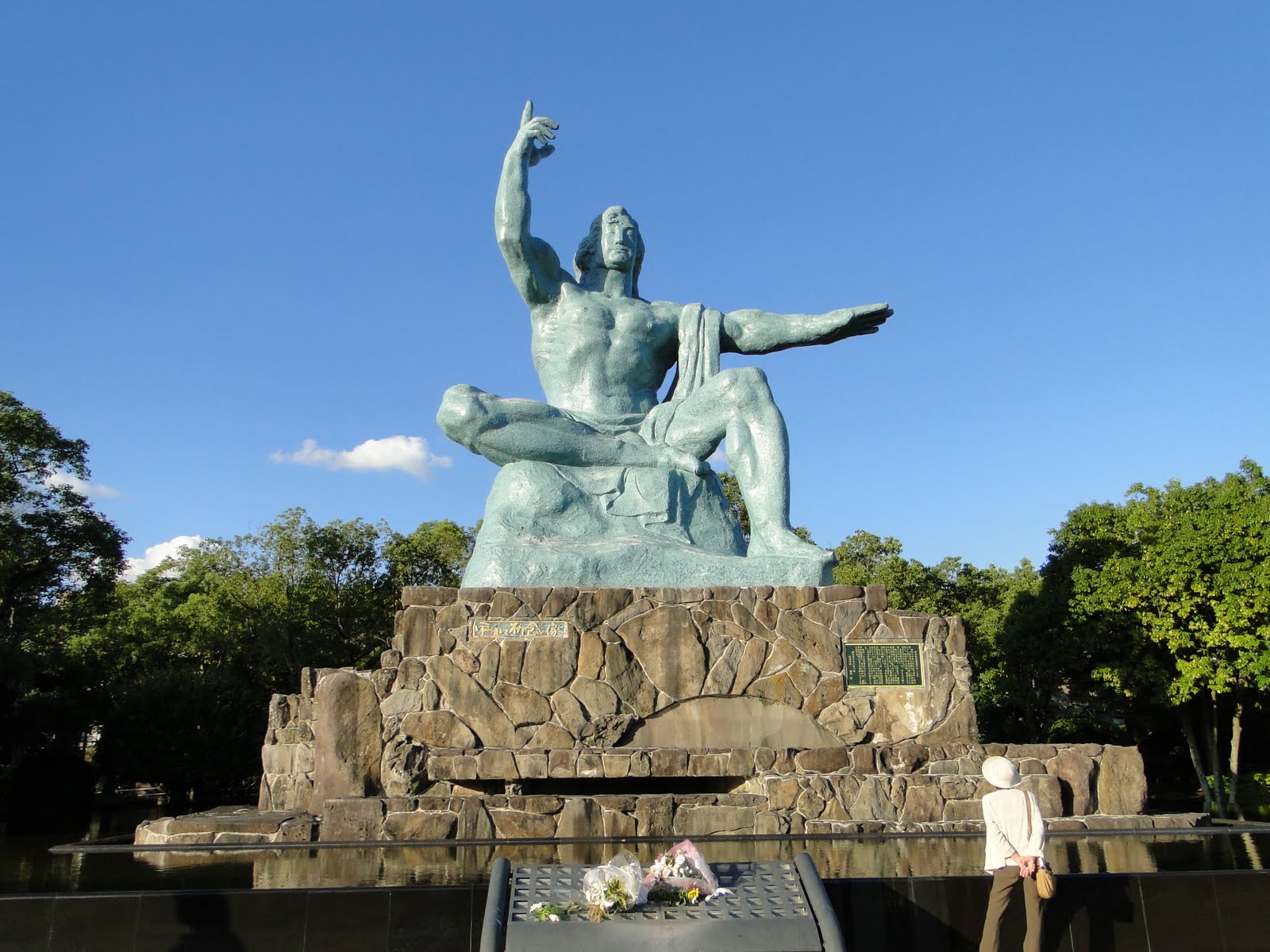 On my way back from the Peace Park the clouds released their cargo. I retreated to my hotel and picked up an umbrella, after seeing the weather forecast which predicted rain for whole Kyushu in the next days. Later that day I read a statement “The summer has ended in Japan”, we will see what that means.

When I was still living in Germany I learned the motto “there is no bad weather, just unfitting clothes”. I had to agree, I did not have any fitting clothes for the changed weather. While it was raining a lot it was still hot, so the humid heat did not make it more bearable.

In the evening I planned to climb Mount Inasa. With Mount Rokko and Mount Hakodate it is considered to be one of the three best night views. The weather was not nice and the sight was terrible even on the ground so instead I took a closer look at the Chinatown. 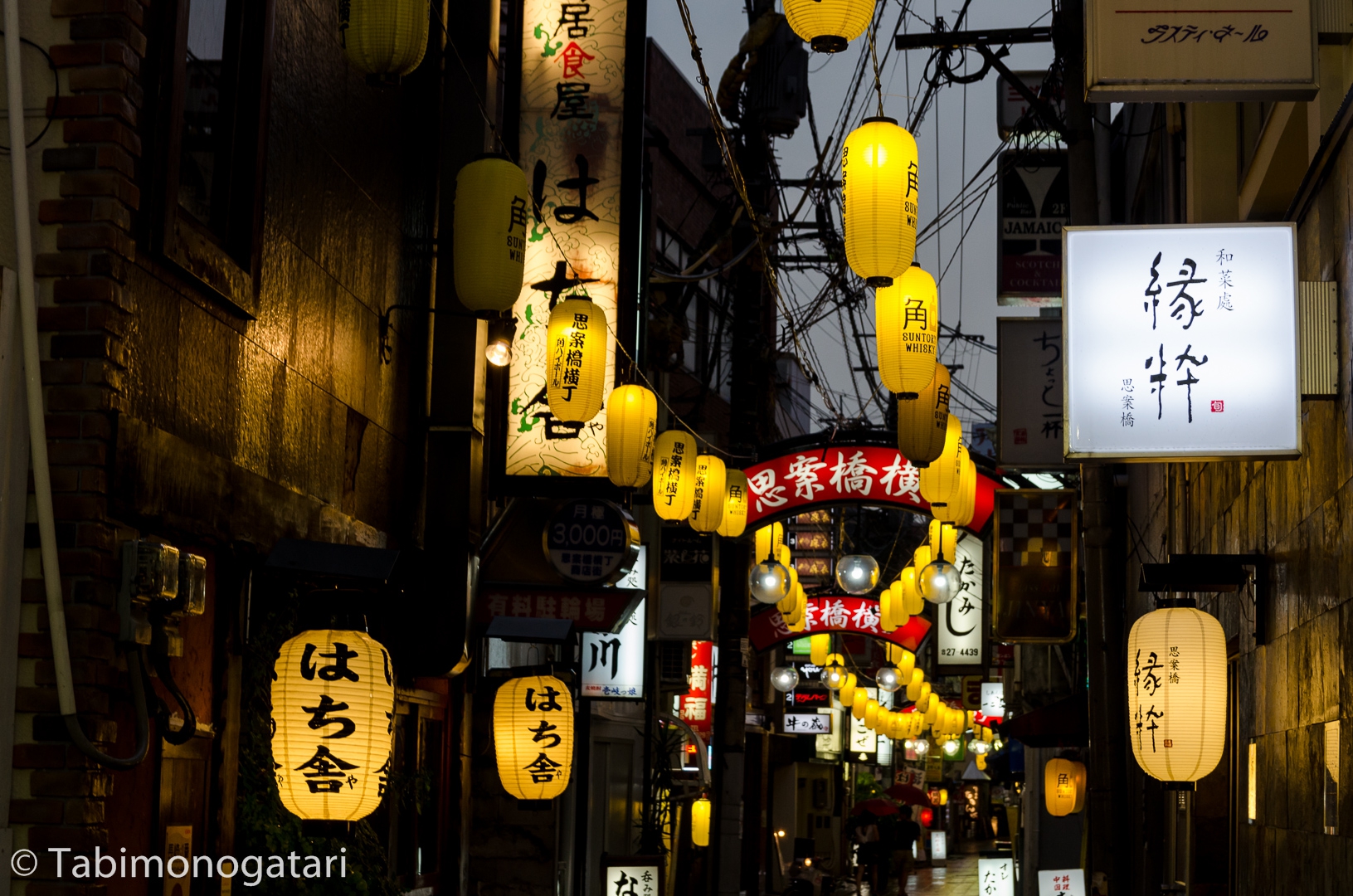 While there were many interesting restaurants around I opted for a Conbini meal and enjoyed my alternative night view. 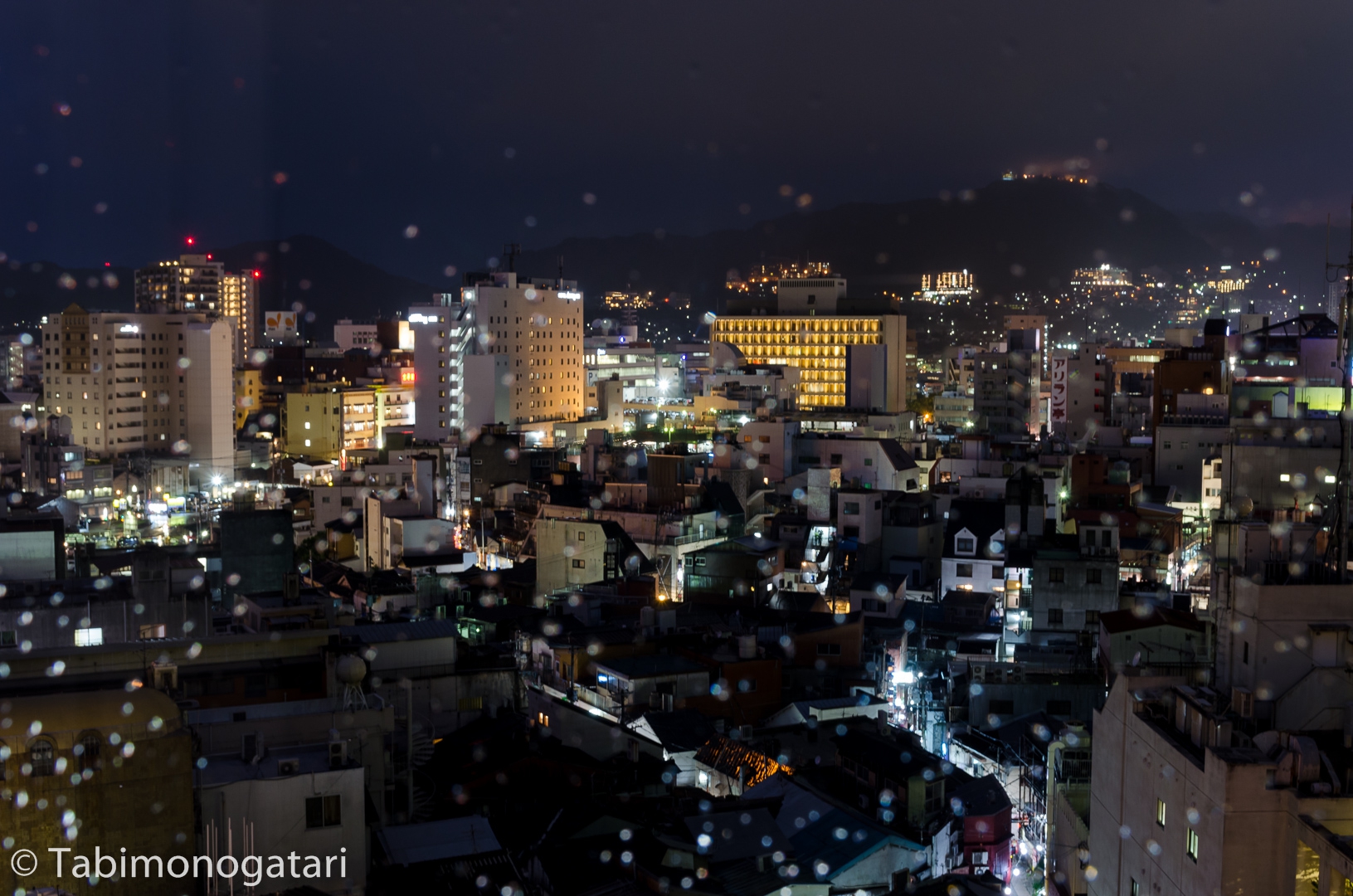 The next morning after enjoying Japanese breakfast in the hotel I walked to the Glover Garden. Instead of taking the streetcar I walked through a few neighbourhoods which looked more traditional and were a lot quieter than the noisy streets, too.

Following the signs to the garden I ended up in front of a large tube going uphill. It turned out that inside was a hillside elevator transporting the visitors of the garden to the top of the hill. Again, I am no longer surprised by these kinds of things. This is the country of escalators after all.

The garden is named after Thomas Glover, a Scottish merchant who came to Nagasaki in the 19th century. To that time foreigners were not much welcome, but he settled down even so, building the first Western house in Japan.

The garden contained other buildings and a pond with koi. The information pamphlet and the signs provided good English explanations. 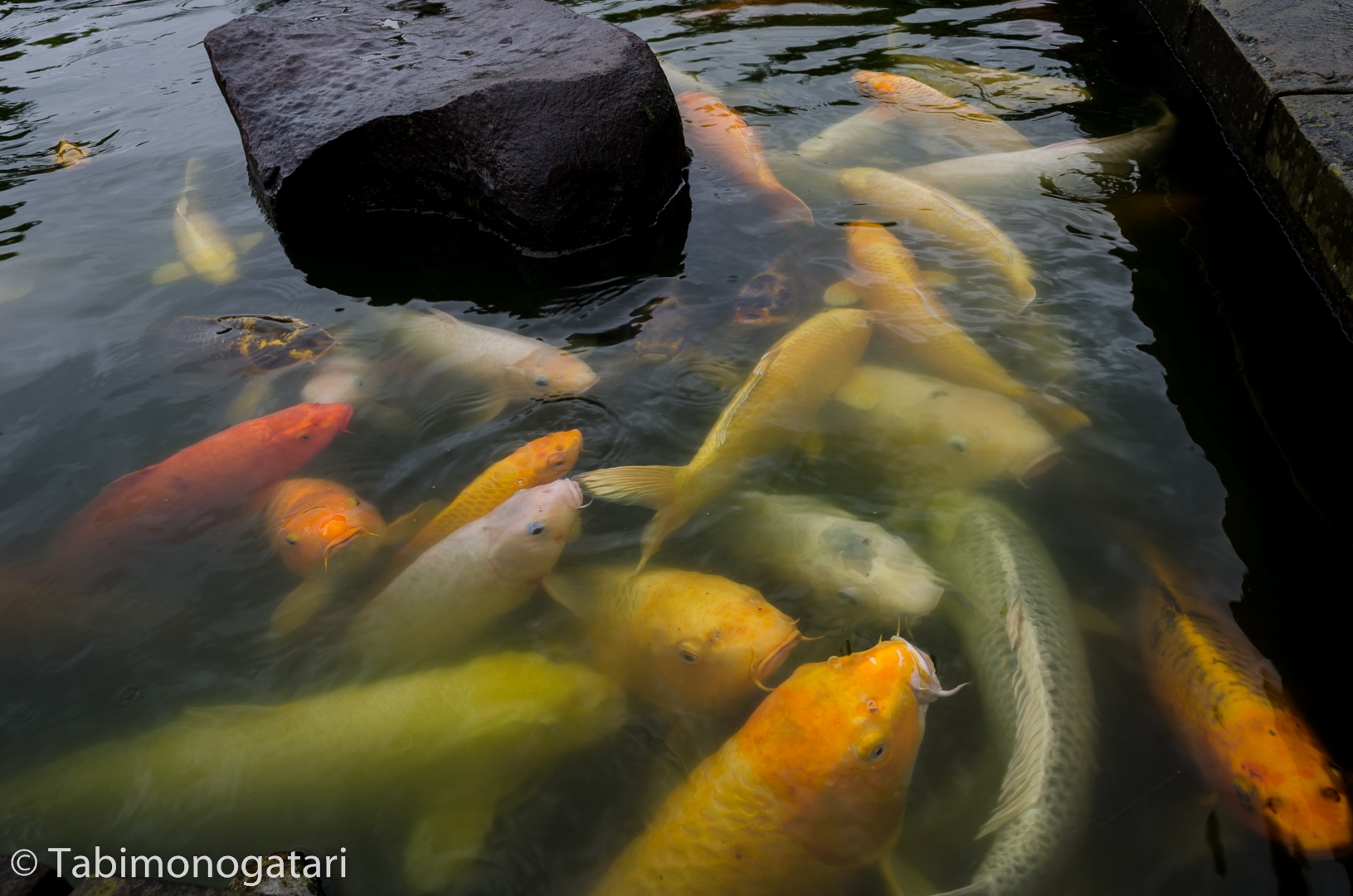 The harbour and the southern part of the city could be viewed from an observation platform, at least it stopped dripping for a while.

On my way back I picked up some steamed buns and Castella (Portuguese sponge cake) for the journey to Kumamoto. While watching an episode in the train I had a strange feeling of recognition. Looks a bit like the Tohoku Shinkansen to me. 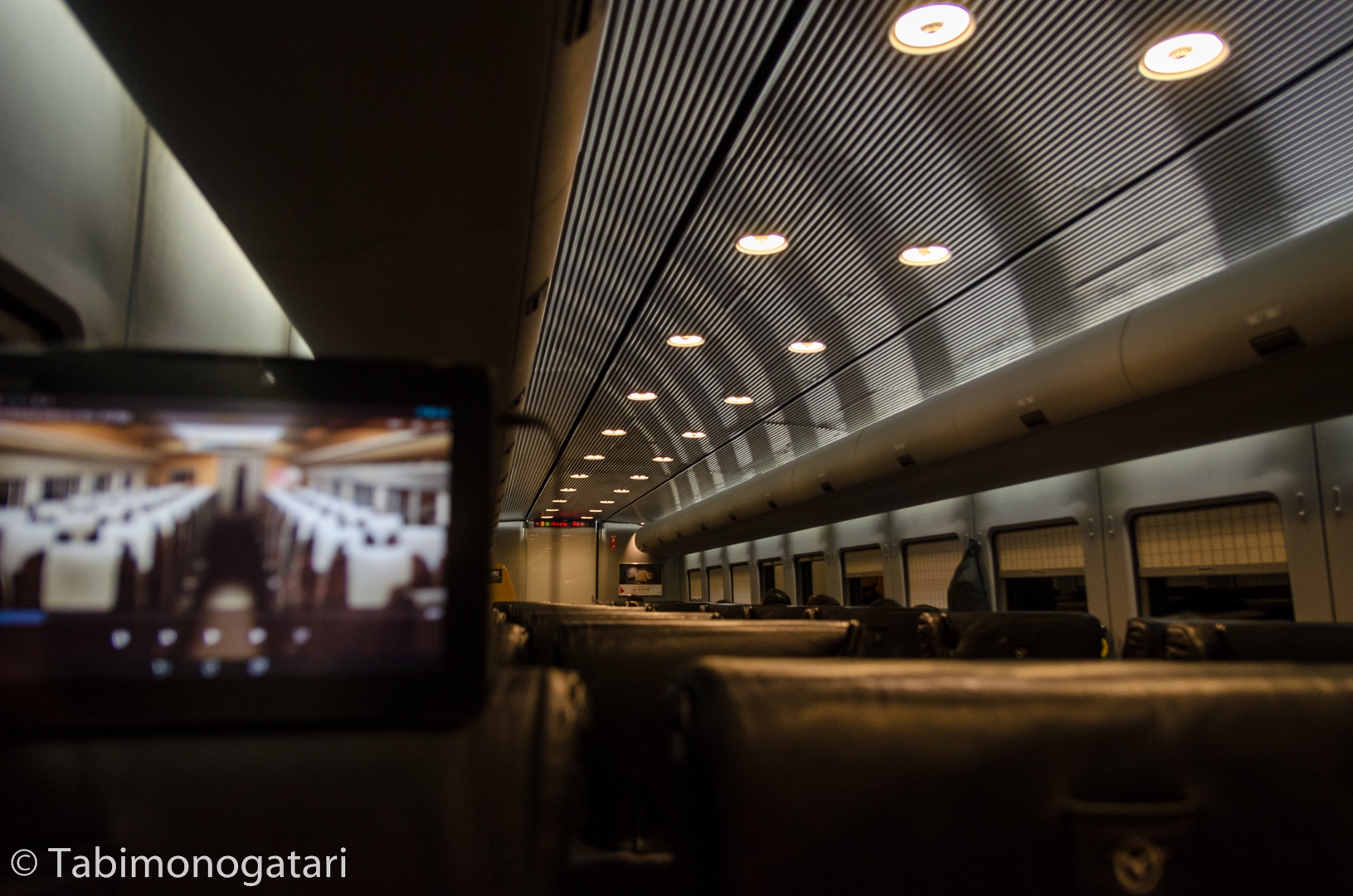