Moving to the northeastern part of Kyushu I arrived in Beppu, famous for its Onsen, using the Sonic limited express. With one transfer north of Fukuoka I needed two hours for the trip.

By the way, Yoyogi Park in Tokyo was closed these days due to dengue-carrying mosquitoes. The rest of Japan is covered in clouds, a little disappointment.

The hotel I stayed at offered a shuttle service from the station. I was grateful for after seeing how long we needed even by car. The hotel complex showed no resemblance with a rural Ryokan in the mountains, but this was not what I was looking for this time. The hotel promoted its many baths, both traditional Onsen and swimming pools with images on the internet. Especially the outside pool on the roof got me interested in staying there.

The view from the hotel on the hill was nice, but with the sun shining it would have looked much better. 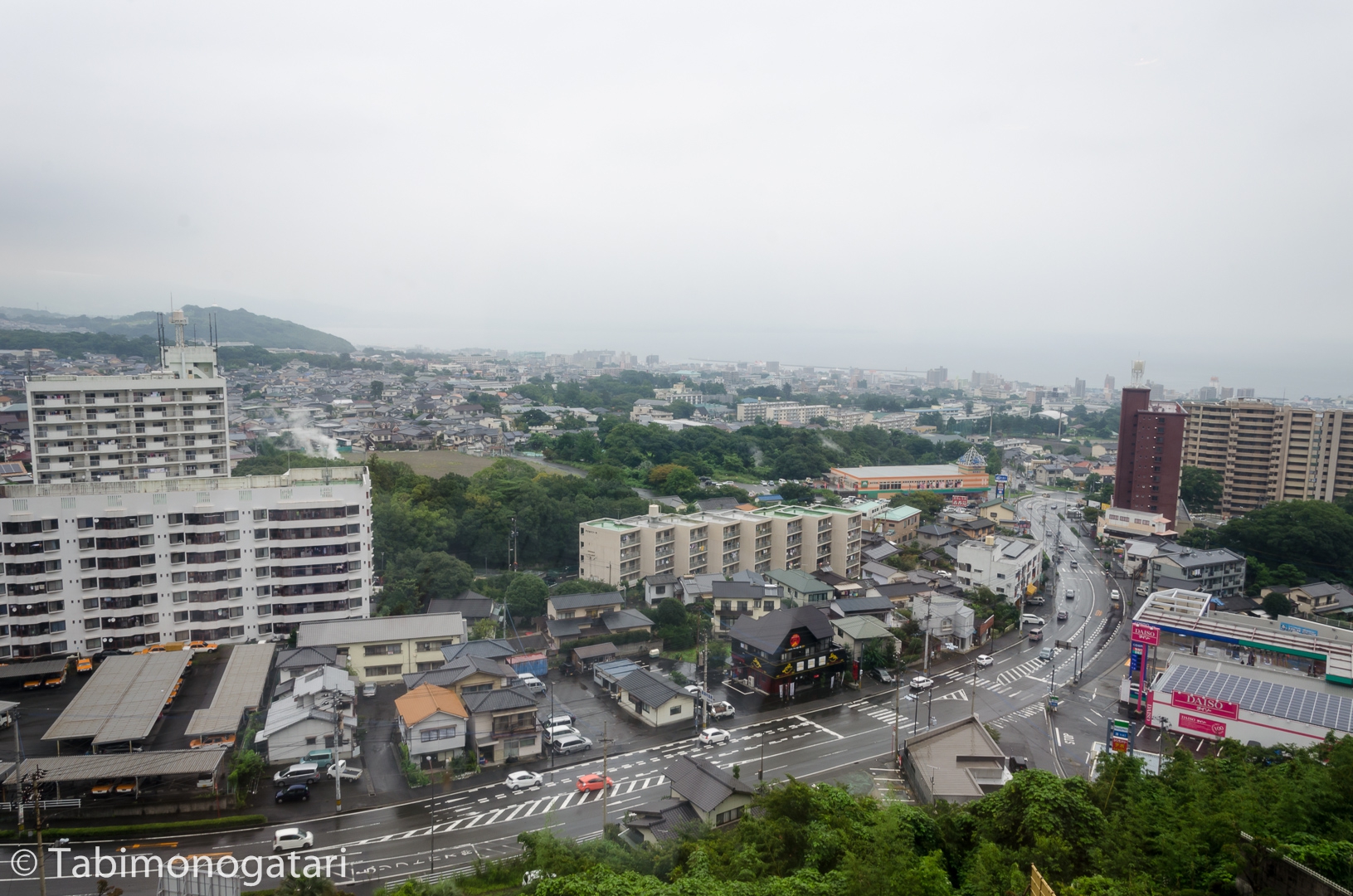 When I opened the door to my room I was astonished at the sheer size of the room. The bath even had a balcony with an outside bath tub! 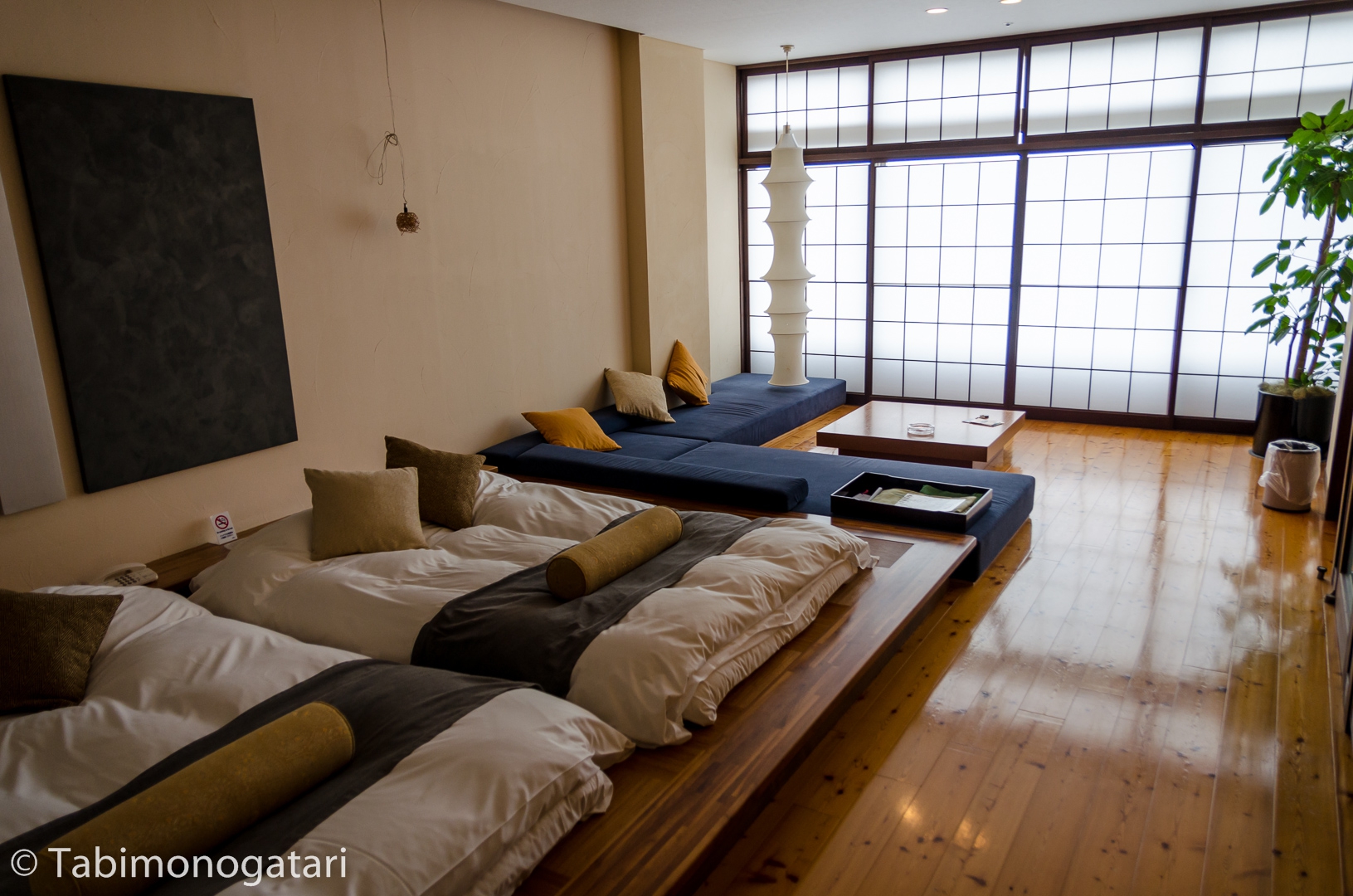 The vertical extent and the countless elevators all serving different floors mislead me a few times, at least I did not find myself in the lobby in bathing clothes. Wearing a yukata all the time, even to dinner is quite normal in Japan, by the way.

In the afternoon I took a look at one of the smaller Onsen baths, which was empty when I entered. It was particularly relaxing to listen to the hot running water and feeling the rain dripping on the head while watching the city.

Dinner was served as a buffet, to me it more appeared to be the feeding of the five thousand. Also lets note that the silent and polite nature of the Japanese is not given from birth (many families were there). 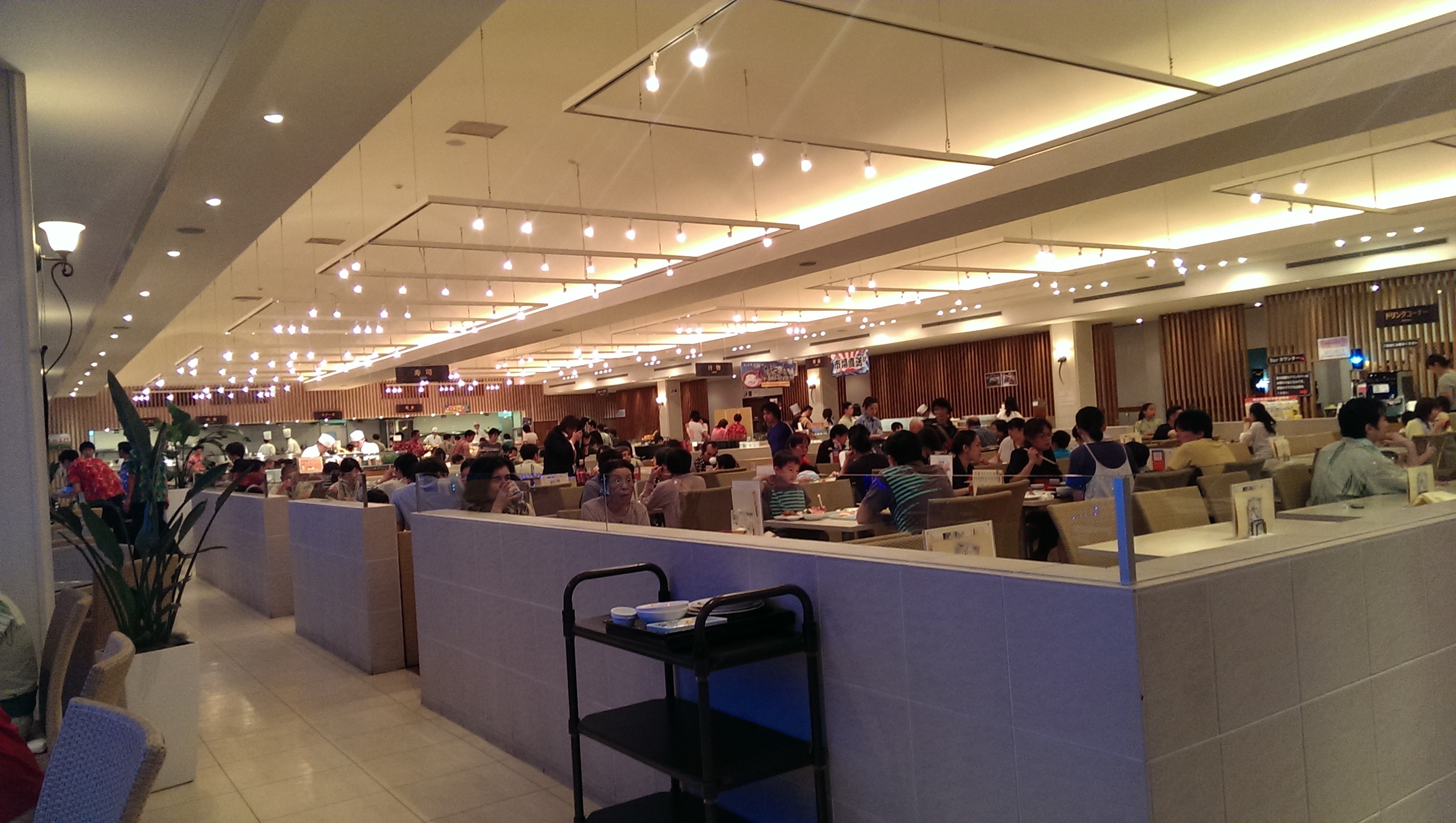 When I entered the bath earlier I read a poster about a water show happening in the evening. After dinner I combined it with my visit to the Water Park, which was a normal swimming pool.
Once again I was (not) surprised by the usual Japanese creativity which must have given rise to the show. First, a projection film was showed using a fountain wall as a screen. While a female woman told incomprehensible things short clips of tropical landscape and a woman’s head holding first a brain, then a foetus and then a diver on her palm. Maybe I was the only one who was not being hypnotized by the unknown extraterrestrial force as everyone was staring at the spectacle. 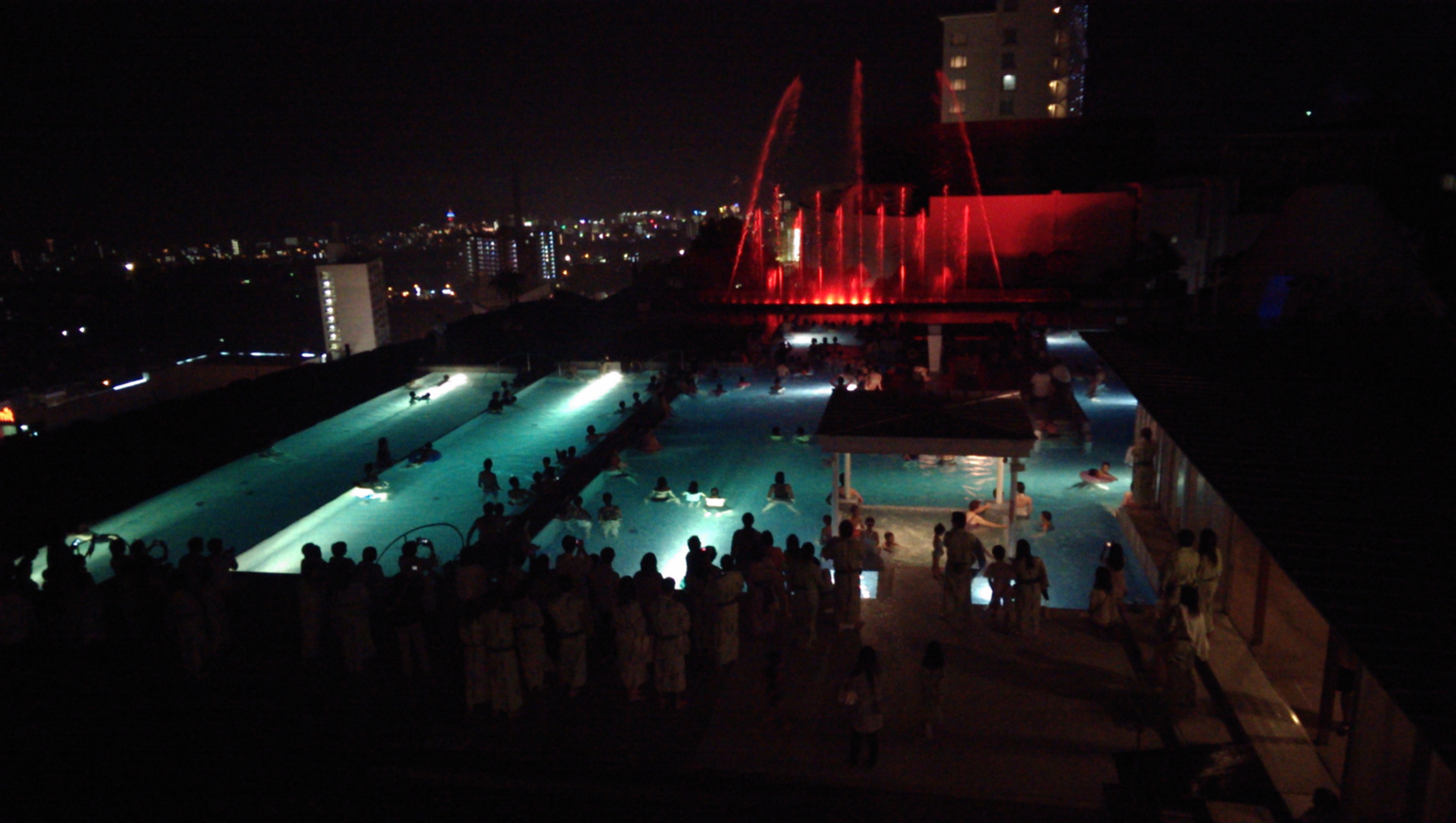 In the hope that the Onsen on the roof of the building was less crowded at that time I visited the bigger one of the two traditional ones. Unfortunately, this was not the case as it was cramped in the changing area, but there was enough space for everyone in the bathing area. I am sure watching the sunrise from there must be a great experience (if you want to wake up at 5 a.m.).

Of course I was still sleeping at that time. Instead, I soaked a bit after having breakfast. The check out time was eleven, so I did not hurry and left quite late for Kagoshima. At noon I left the city still covered in clouds.