The day in Sendai started more relaxed than the one before. First, I had a quick soak in the common sento of the hotel which was 10 times more spacious than yesterday’s in Ginzan, even a rotenburo was there. Then, at the breakfast buffet I tanked energy for the day before leaving Sendai for good.

Like I outlined in the last article, Sendai served as a convenient stop on the journey, but I am aware there is plenty to see in the biggest area of the Tohoku area. I actually had some ideas for what to do here but after calculating the timetables with regards to when I had to be where in the evening, it did not work out. At the very least I had a look at the morning market close to the station.

The final destination of the day and the trip overall was Osaka, but like on the way to Tokyo I planned to make a few stops on the way. Unfortunately, I had to leave out Kawazu (south of Atami, where I went for the plum blossom viewing) because of time constraints. The sakura there bloom way earlier than the common variant across the country and would have allowed me to do hanami in February. There is always a next time and another reason to come back. For pictures from this year check the article by my friends I met in Tokyo the other day.

From Sendai I took the fastest Shinkansen back to Tokyo so I reached the capital in 90 minutes. The train was well occupied to the degree that no window seats were left. Given that these trains run up to every 5 minutes, this means it must be commuting time.

In Tokyo I had enough time for transferring to the Tokaido Shinkansen, allowing me to buy a bento box and some omiyage from Tokyo (Tokyo Banana and Hyoko). Specifically, I followed the sales ranking and bought the no. 2 salmon ekiben. 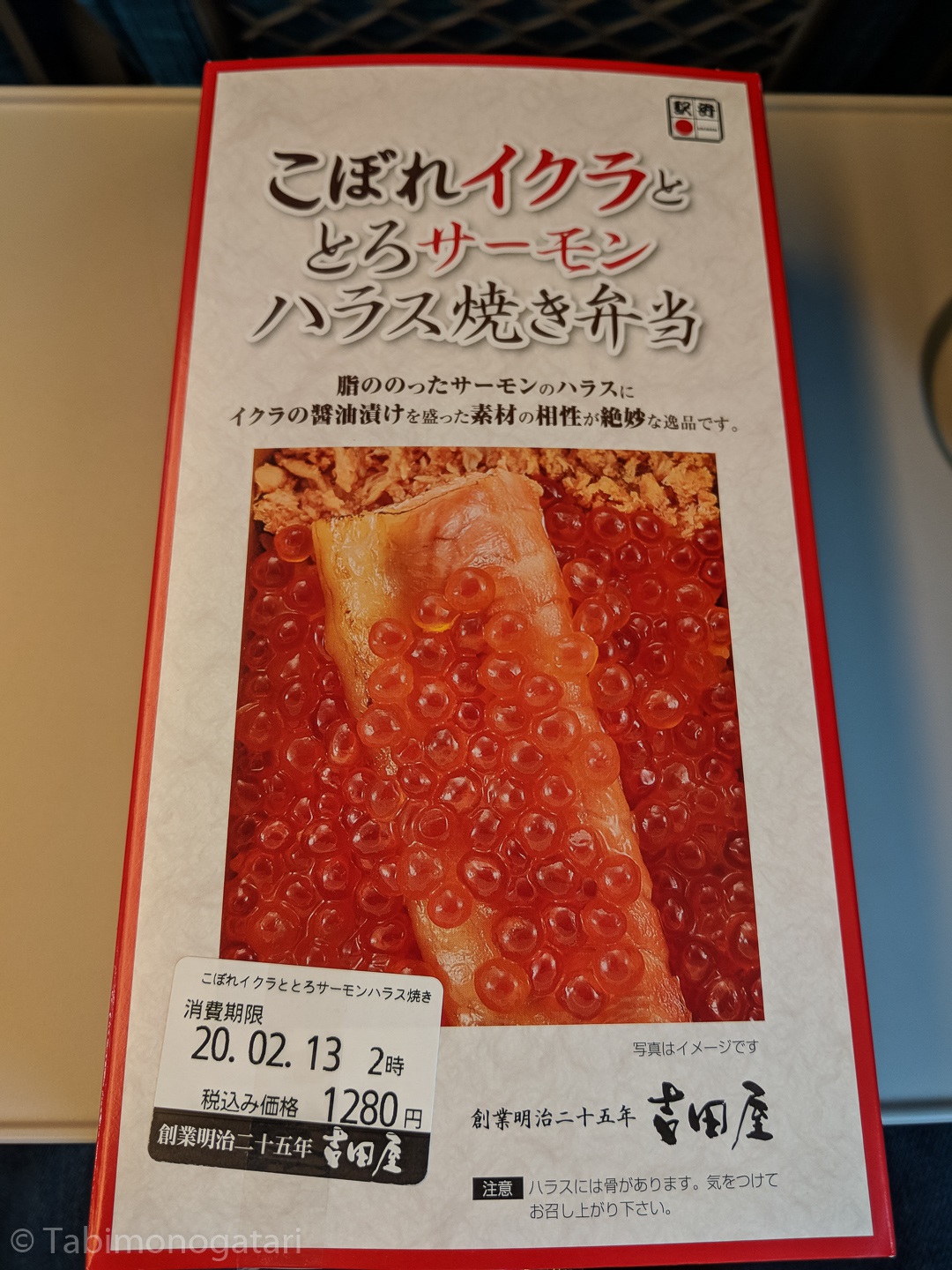 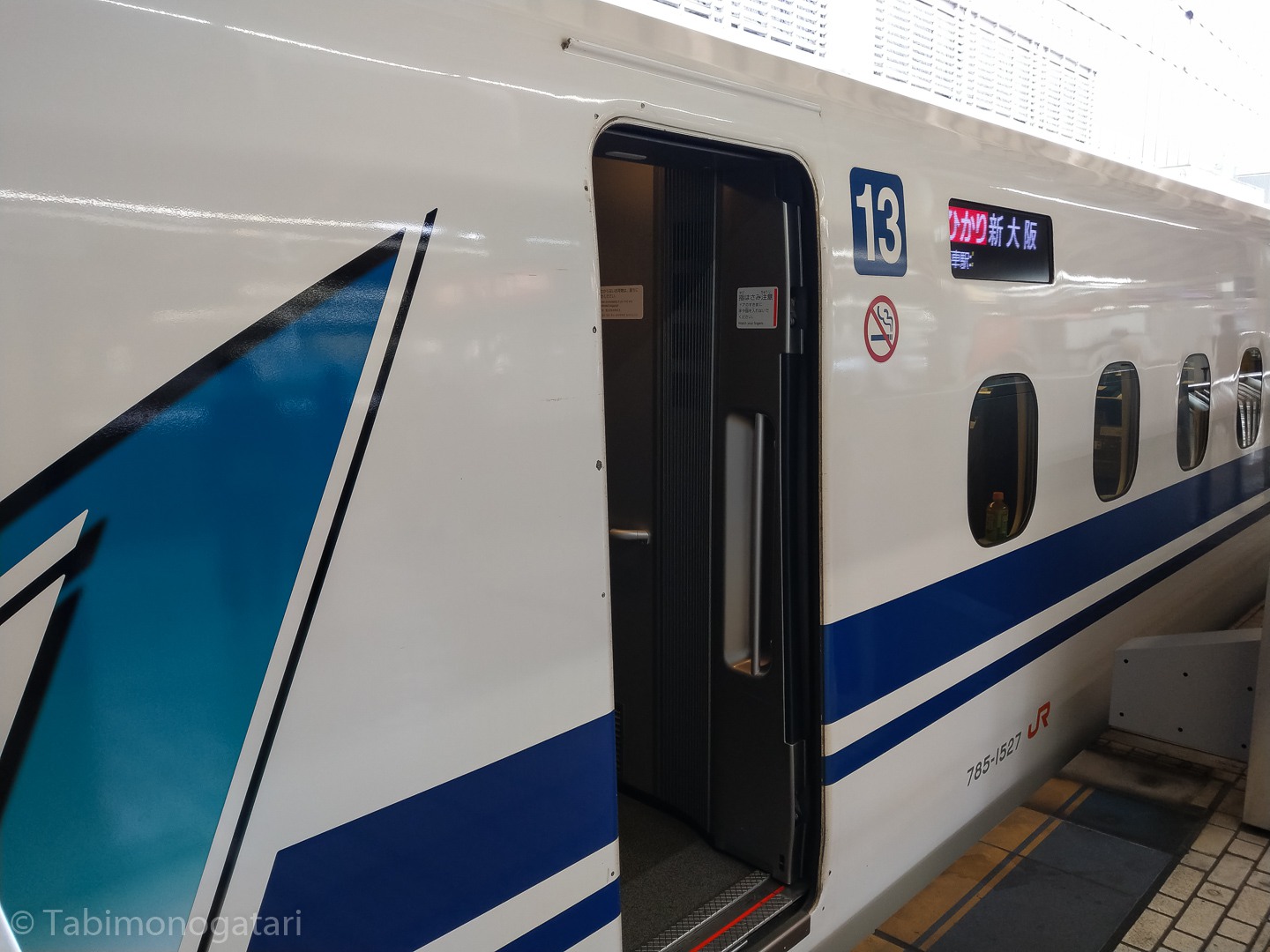 On the train I enjoyed the bento with cooked salmon and ikura on rice while looking out of the window. In Nagoya I stopped again to buy some things and then continued the journey to Osaka. 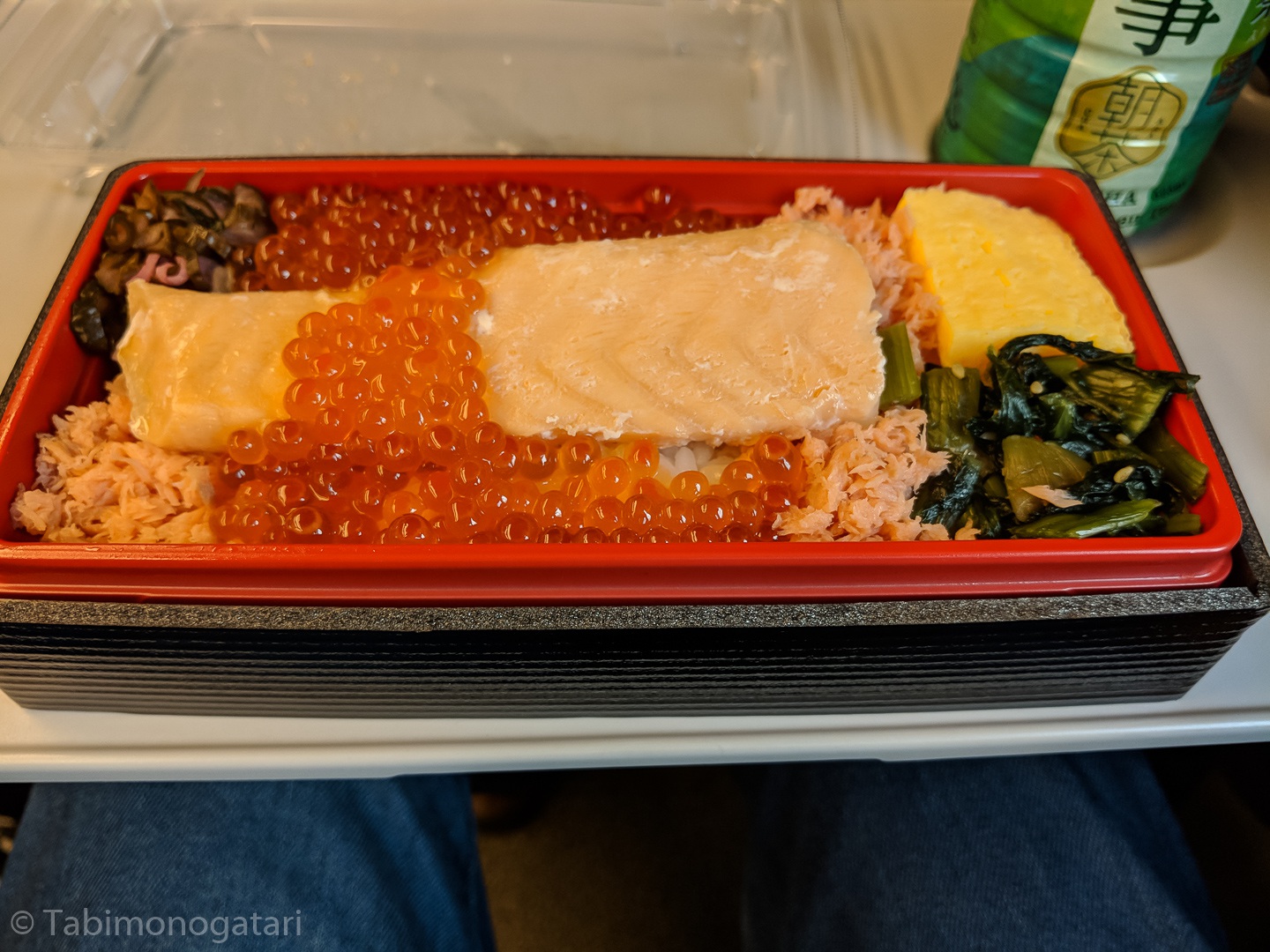 The weather was perfect the whole time until this point but in the afternoon rain came about while the temperatures climbed 10 degrees upwards over two days. That and the change of location made me reconsider what to wear the next days. Luckily my luggage arrived at my hotel today so I had the choice to change my outfit (I sent it when I left Tokyo).

For convenience I chose a hotel near Shin-Osaka station, the Shinkansen station north of the city center. The return flight was early in the morning, so I looked into a convenient way of transportation to the airport in advance and found that the airport bus from Shin-Osaka was most practical. At the same time having the hotel in walking distance from the Shinkansen was also quite nice.

The hotel was only recently opened and was a high rise with 32 floors. For a little premium I could choose a room on an upper floor which I instantly redeemed when I looked out of the window. My two suitcases also arrived safely so I brought them to the room. I did only have a few minutes to change into something lighter before leaving again because the next event was starting soon. 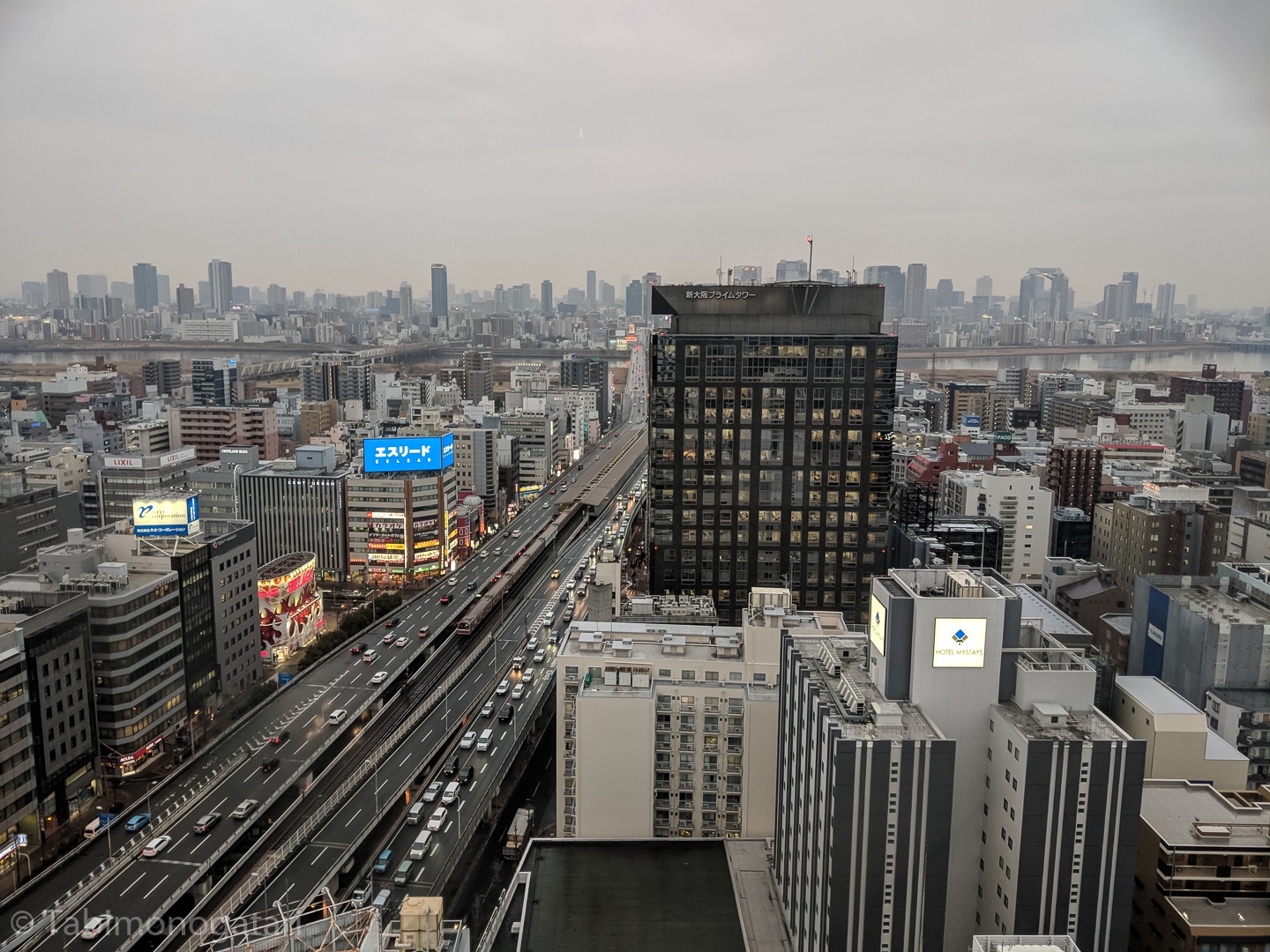 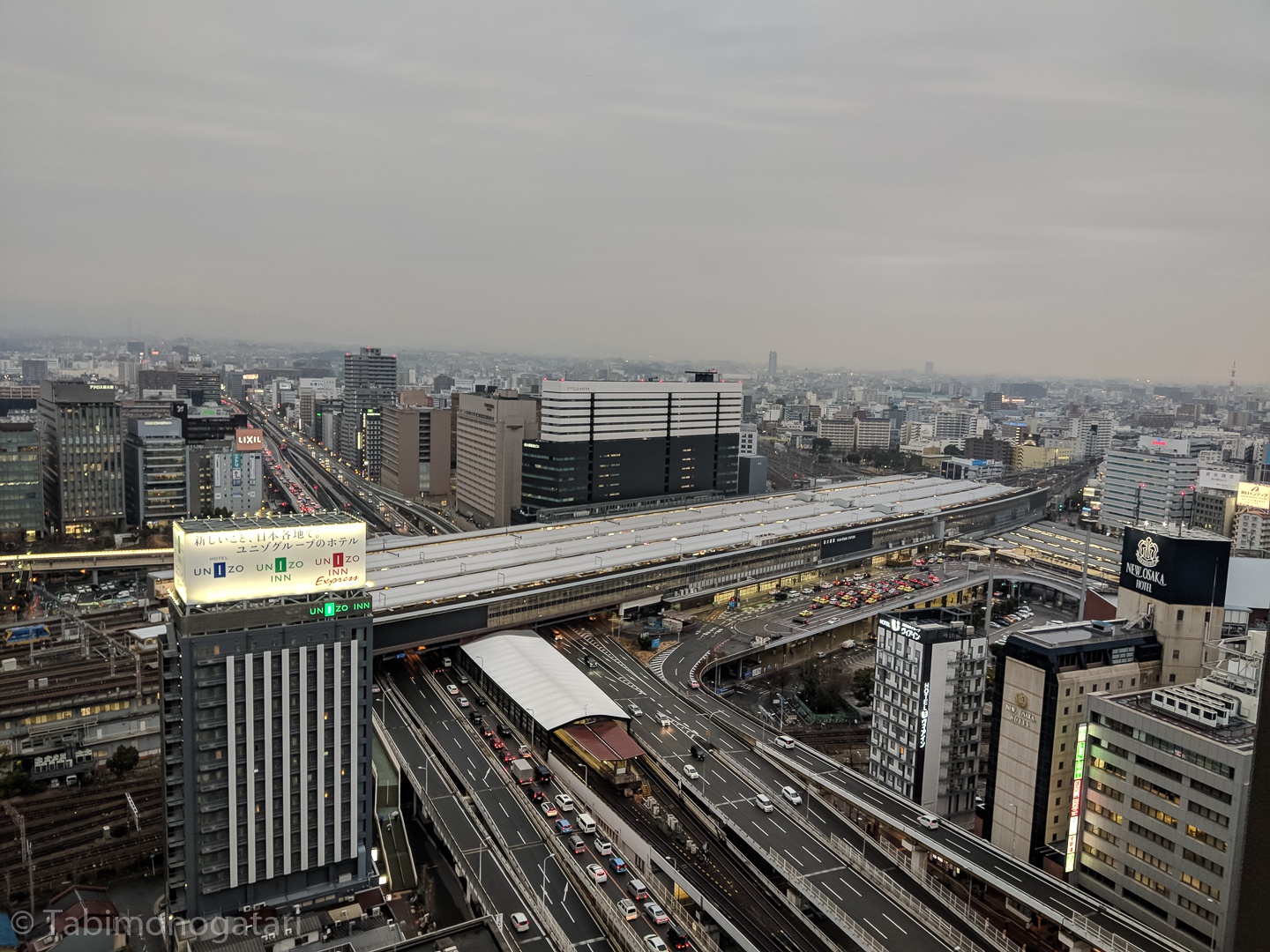 The third concert I was able to attend was a collaboration concert between Kyary Pamyu Pamyu and Yasutaka Nakata, the latter being the producer of Perfume and KPP. I had the chance to see both of them perform live before (Kyary in Paris 2014 And Nakata in Düsseldorf last year). Seeing them both together on stage was a rare event even for the Japanese audience as this was the second collaborative concert tour they gave.

The concert hall was near Universal Studios in Sakurajima. This time the admission was based on the ticket number, this time I was not as lucky and had to wait some time until I could enter. Waiting in the first floor standing crowd I eagerly awaited the beginning of the concert. 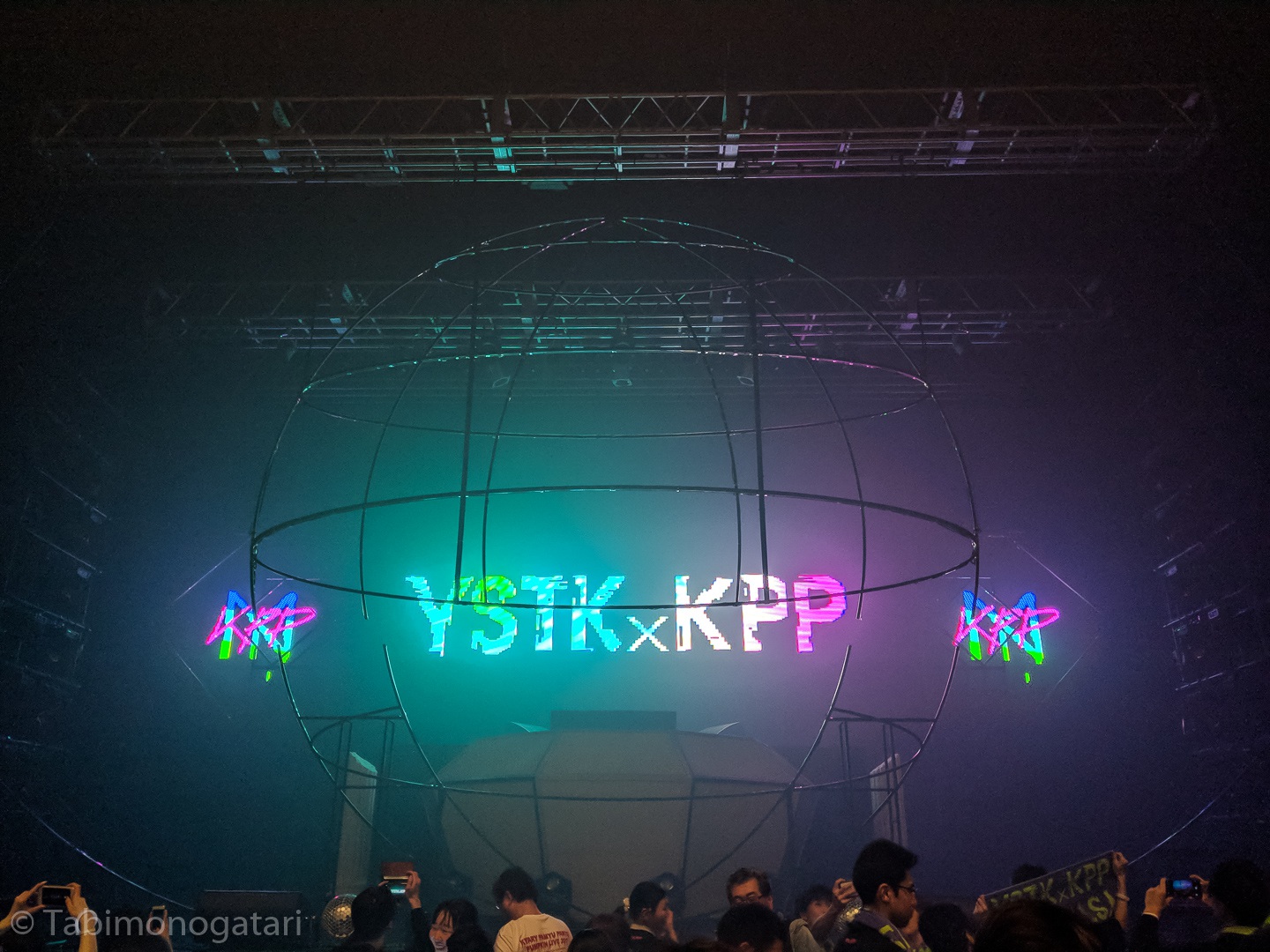 The show was half-concert, half-club event. KPP sang the songs and YSTK was the DJ, mixing the songs live. All of her hit songs were played and she even sang some covers of Nakata’s. For one song, even Kizuna Ai paid a visit. As always in her concerts, KPP was backed up with energetic dancers and the lighting effects were also top notch. Nakata had a lot of humor, as he used the Star Wars intro and also played some other jokes based on popculture. He even showed up as a character in a recent Yakuza game trailer. For the encore the two performed an unreleased song that I liked as well.

On the way home I passed by Osaka station (the northern hub, also called Umeda) and visited a restaurant I knew from my last visit. It is called camp and recreates an outdoor feeling from start to finish. 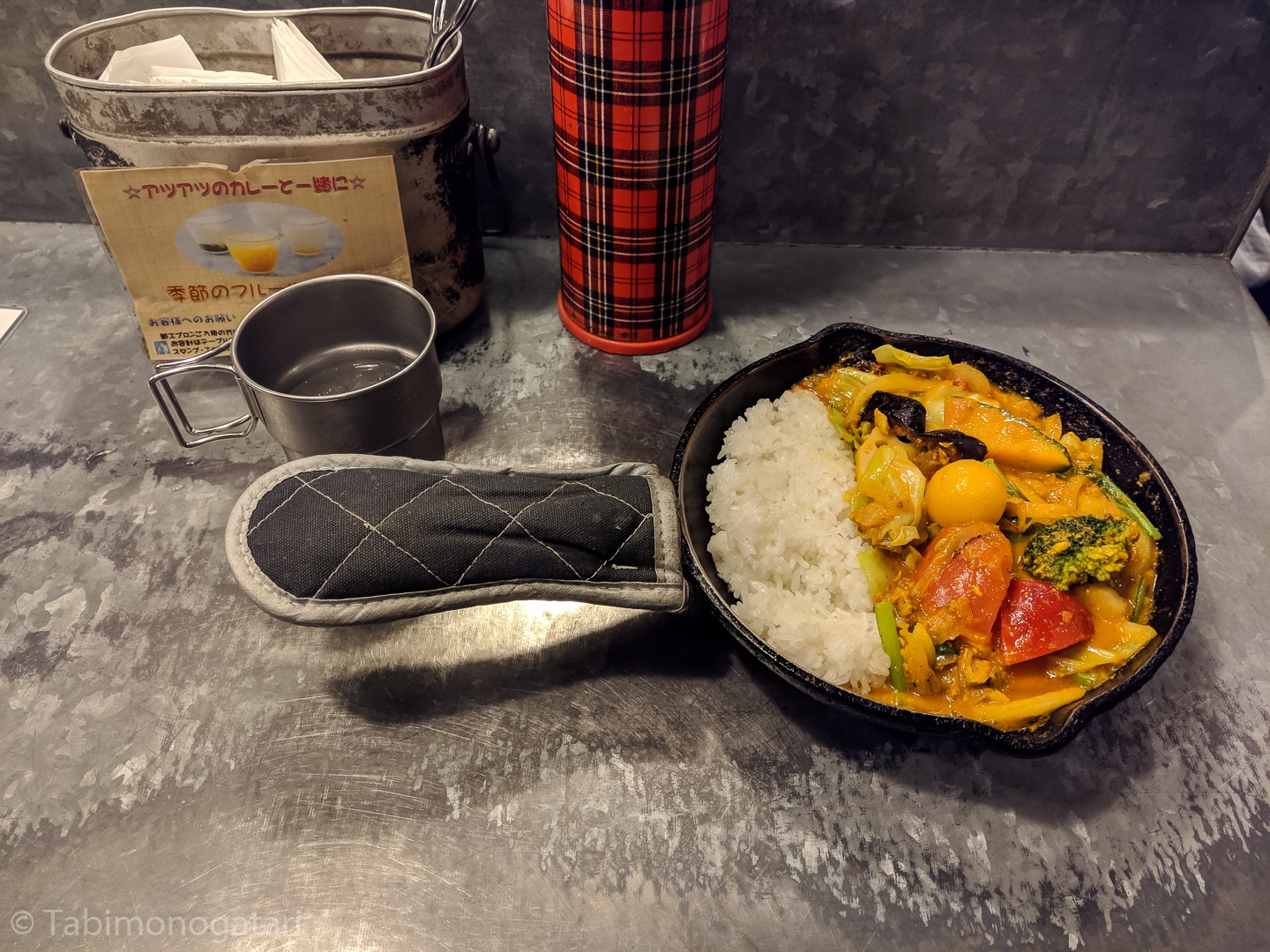