There are two secrets to a pleasant Japan journey: gyudon chains for breakfast and luggage transport by Takkyubin.

On the fifth day I finally left Osaka for Tokyo. Before I went out of the door, I sent my luggage to my next hotel in Tokyo. The company Yamamoto Kuroneko offers a delivery service for small and big parcels across the country for good rates. This service is easy to use but reading the instructions online may help for the first time. I could sent both suitcases of mine door to door for about 3000 yen and they would arrive the next day.

Now travelling light I stopped by the Osaka Castle Park to see some of the blossoming ume trees (Japanese plum). On the castle premises there is a section, called the plum grove, where I could do an early hanami. The cherries still need some time to bloom but the plums usually blossom in February already and are equally pretty. 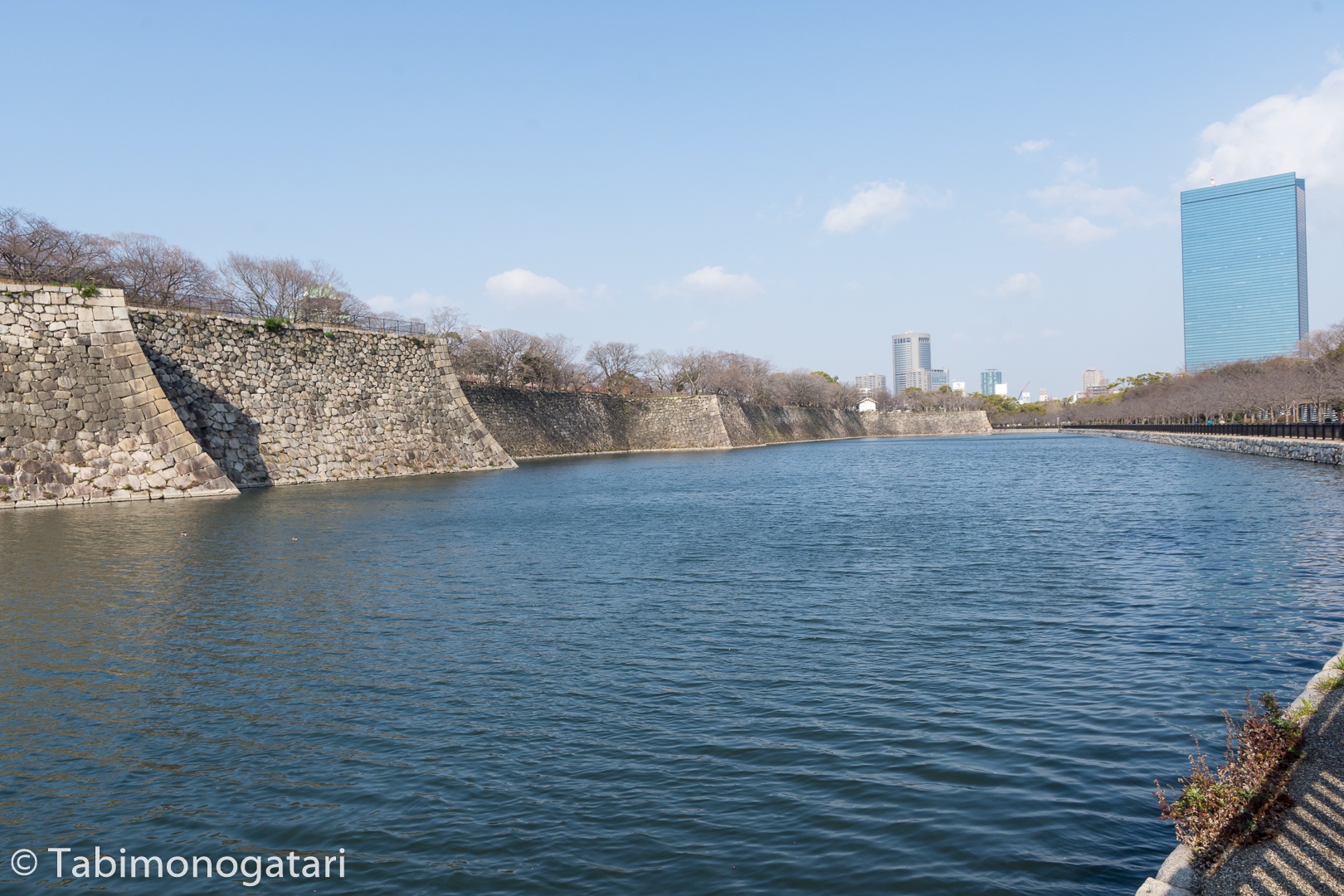 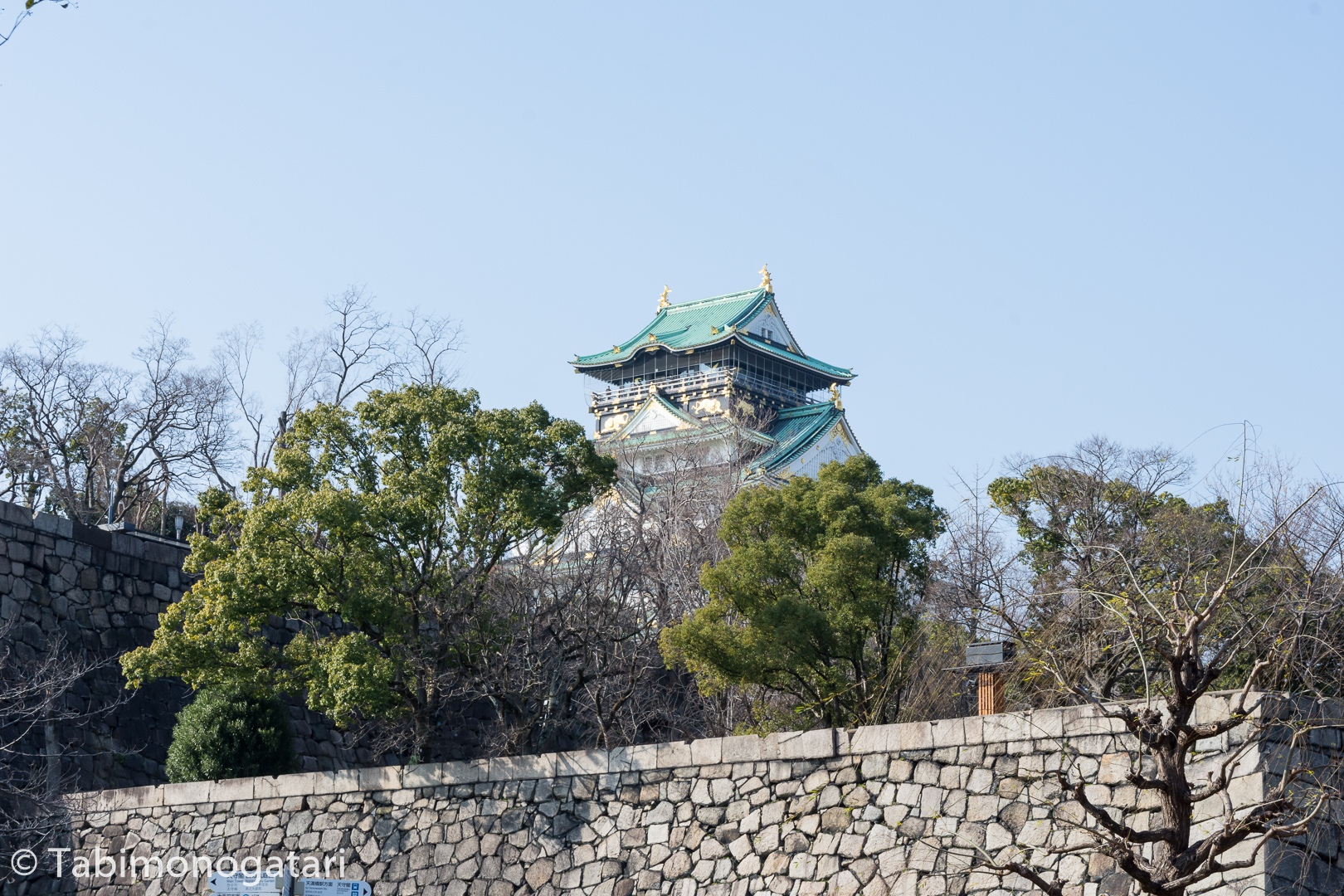 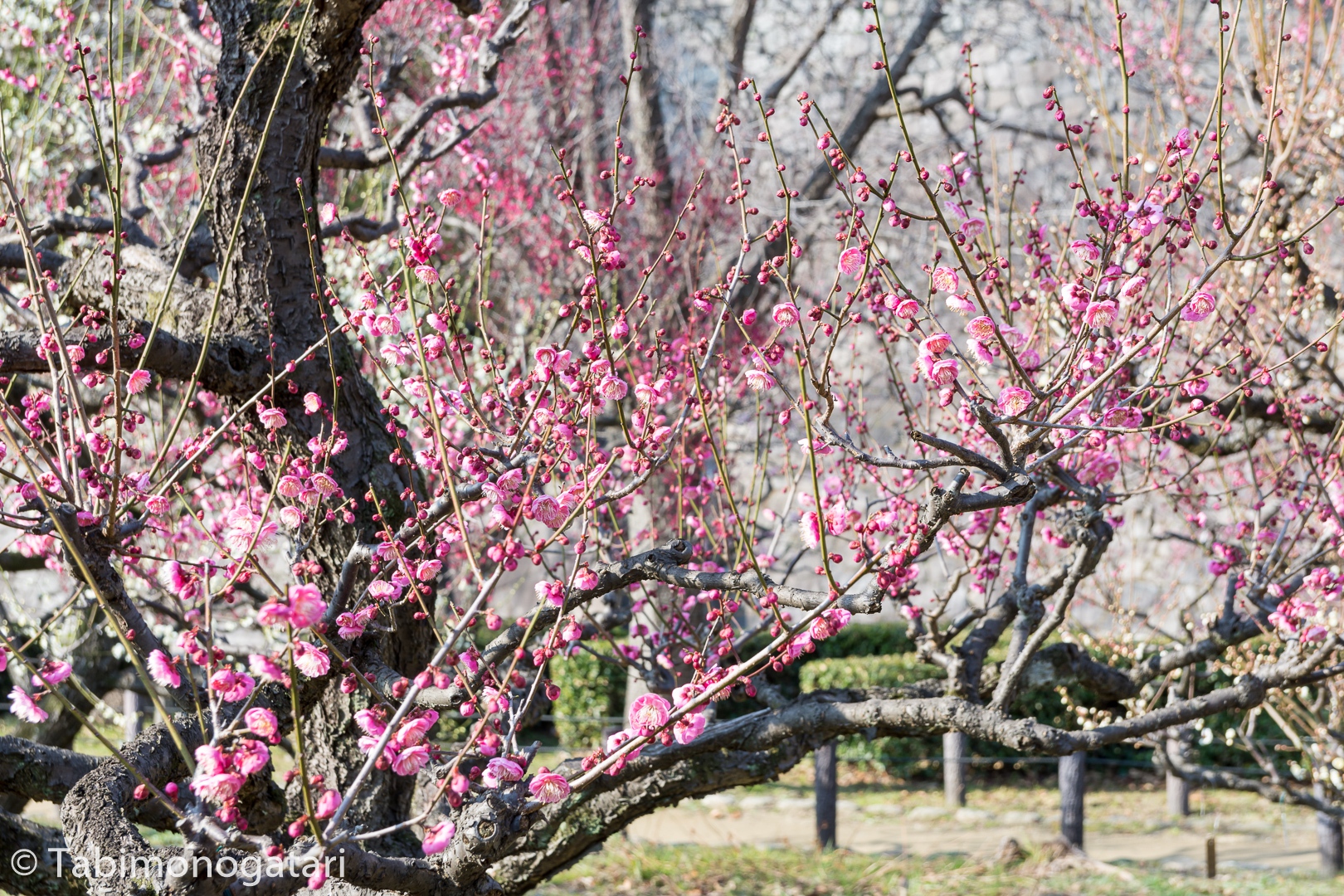 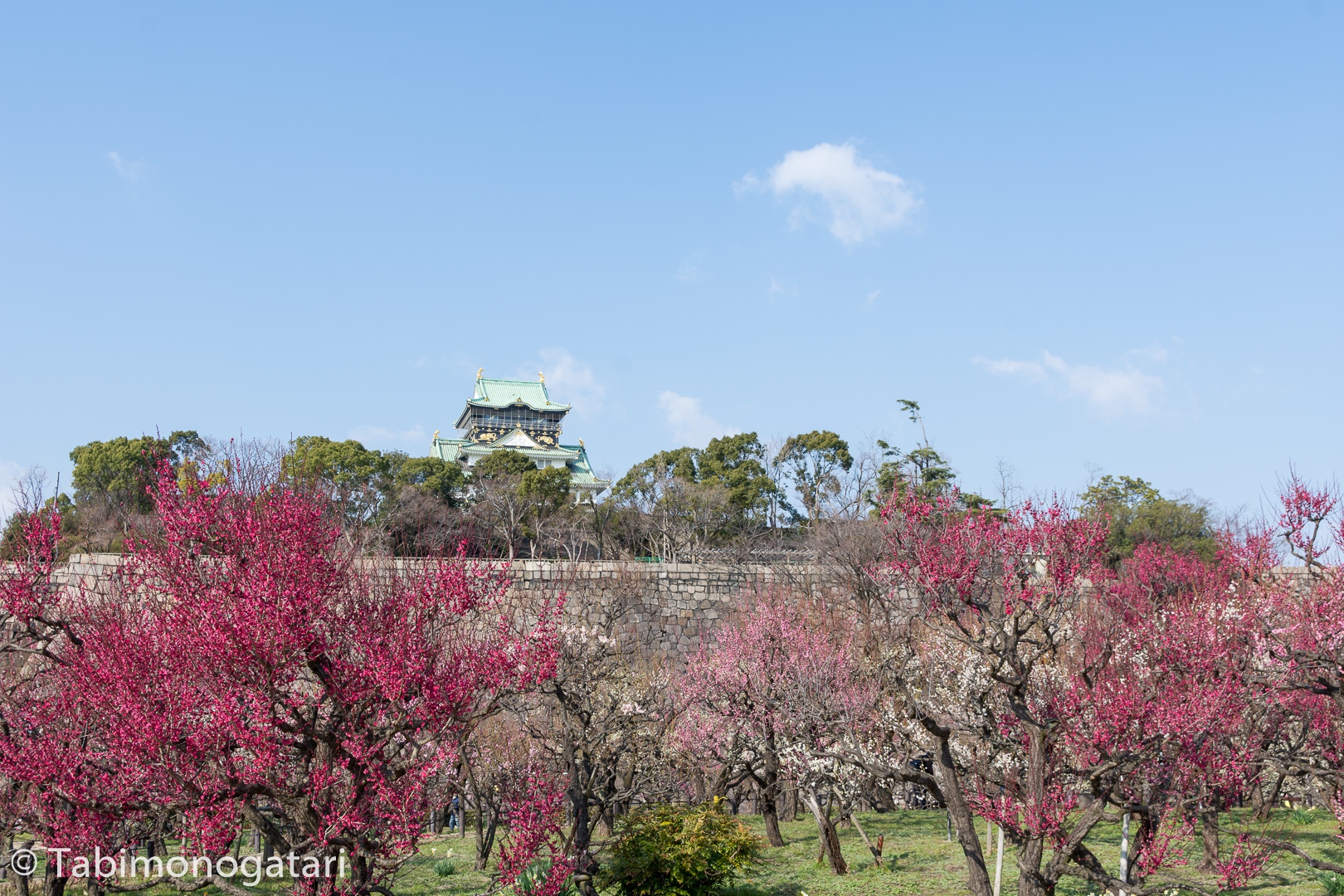 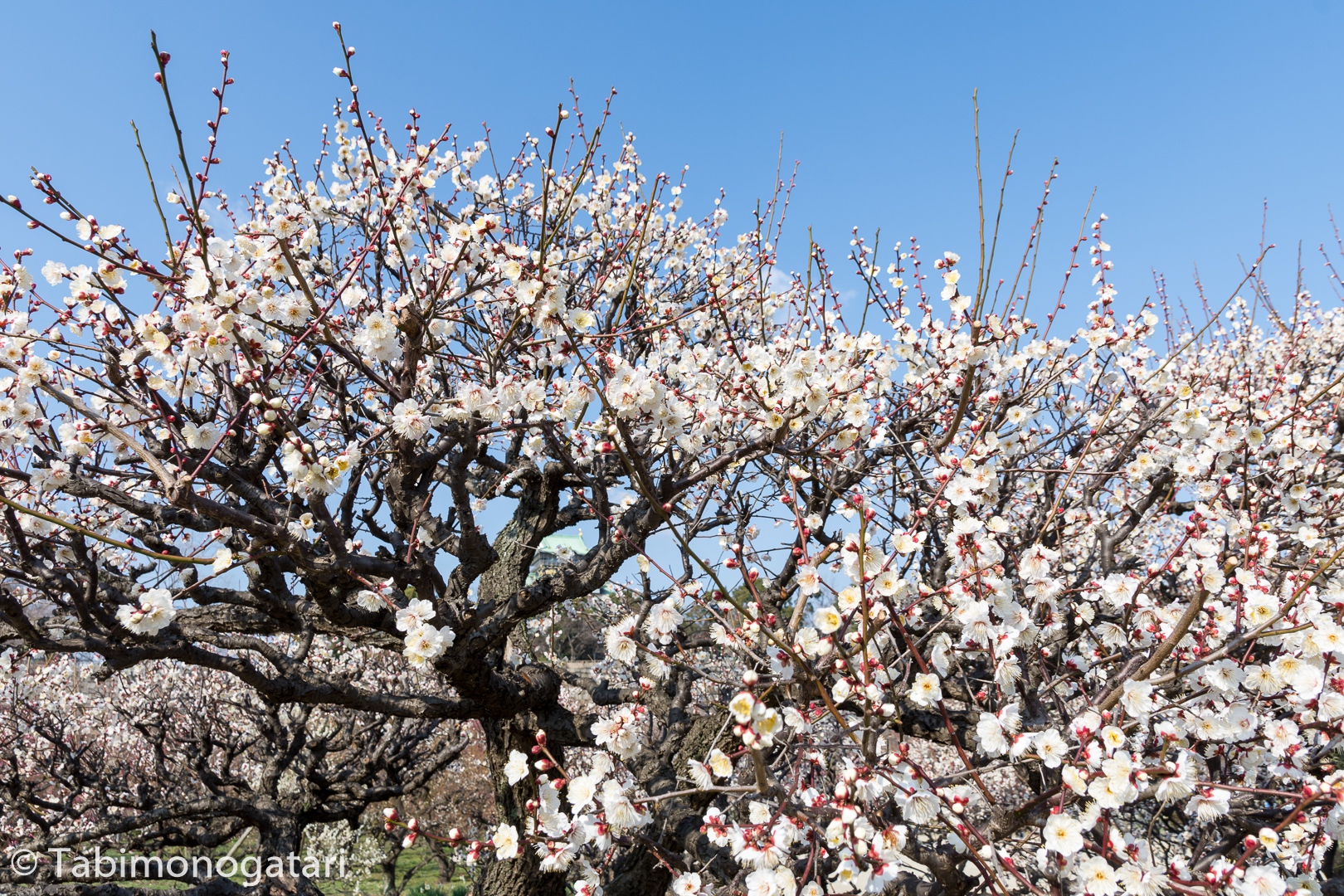 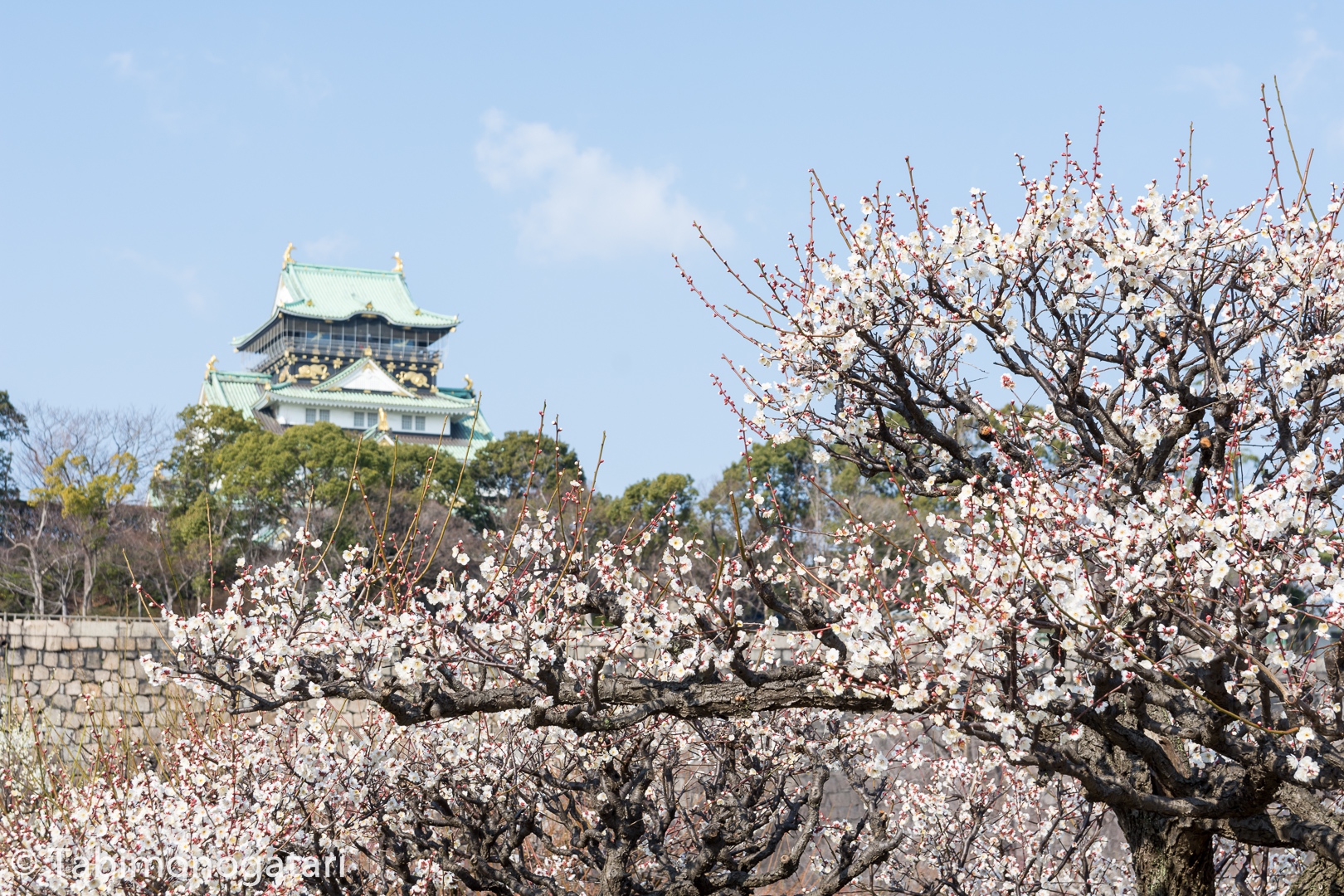 From Shin-Osaka station I boarded the next available Hikari Shinkansen train to Nagoya which took just an hour. There I made a culinary stop, as Nagoya hosts many delicious local dishes, such as miso katsu, tebasaki (chicken wings), fried ebi (shrimps) and of course unagi (eel). 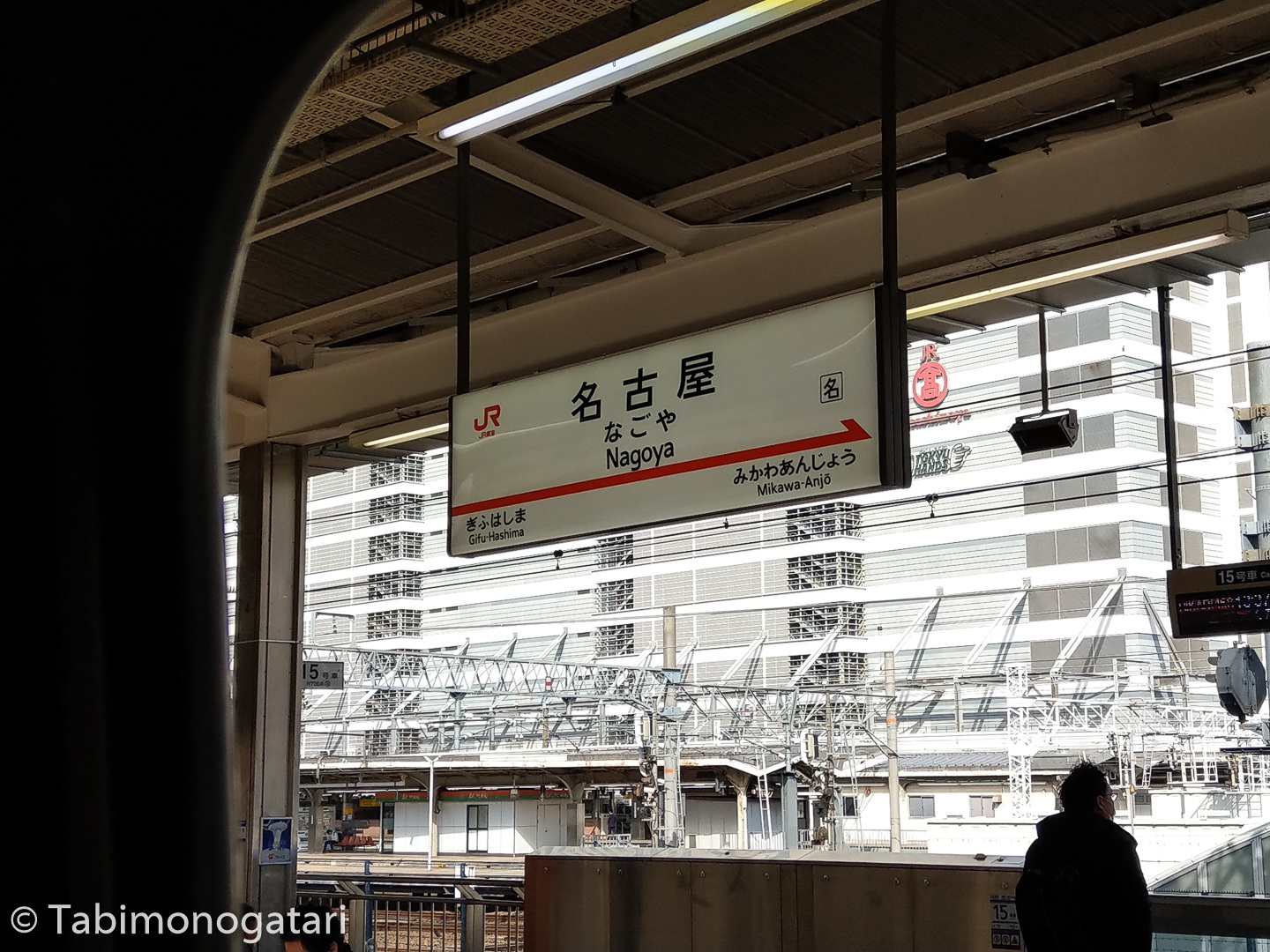 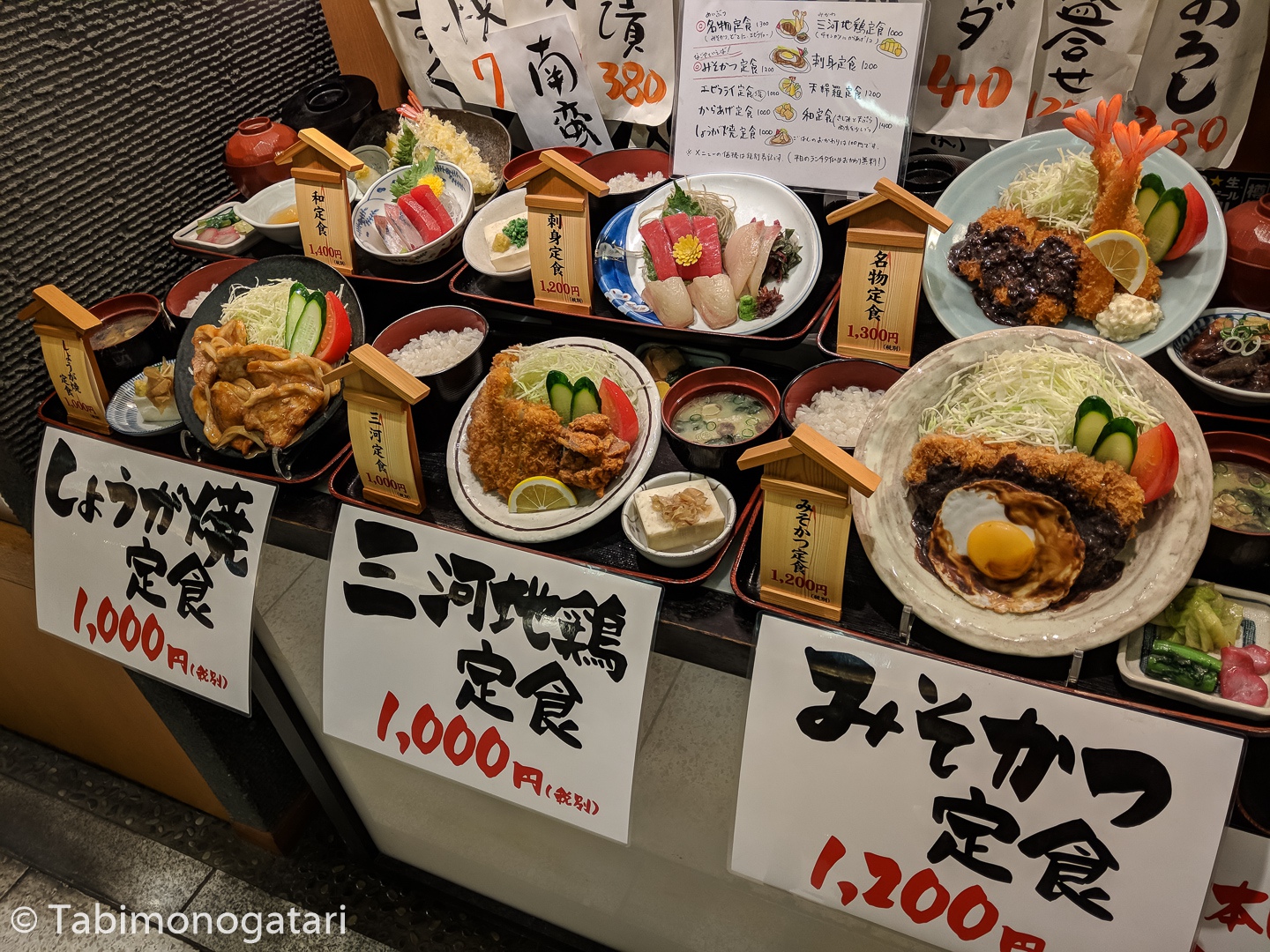 In the basement of the mall adjacent to the station I found myself a restaurant that offered several of these dishes. To experience many different of them, I ordered the popular meibutsu teishoku (2nd row right) and some additional tebasaki. That was delicious. 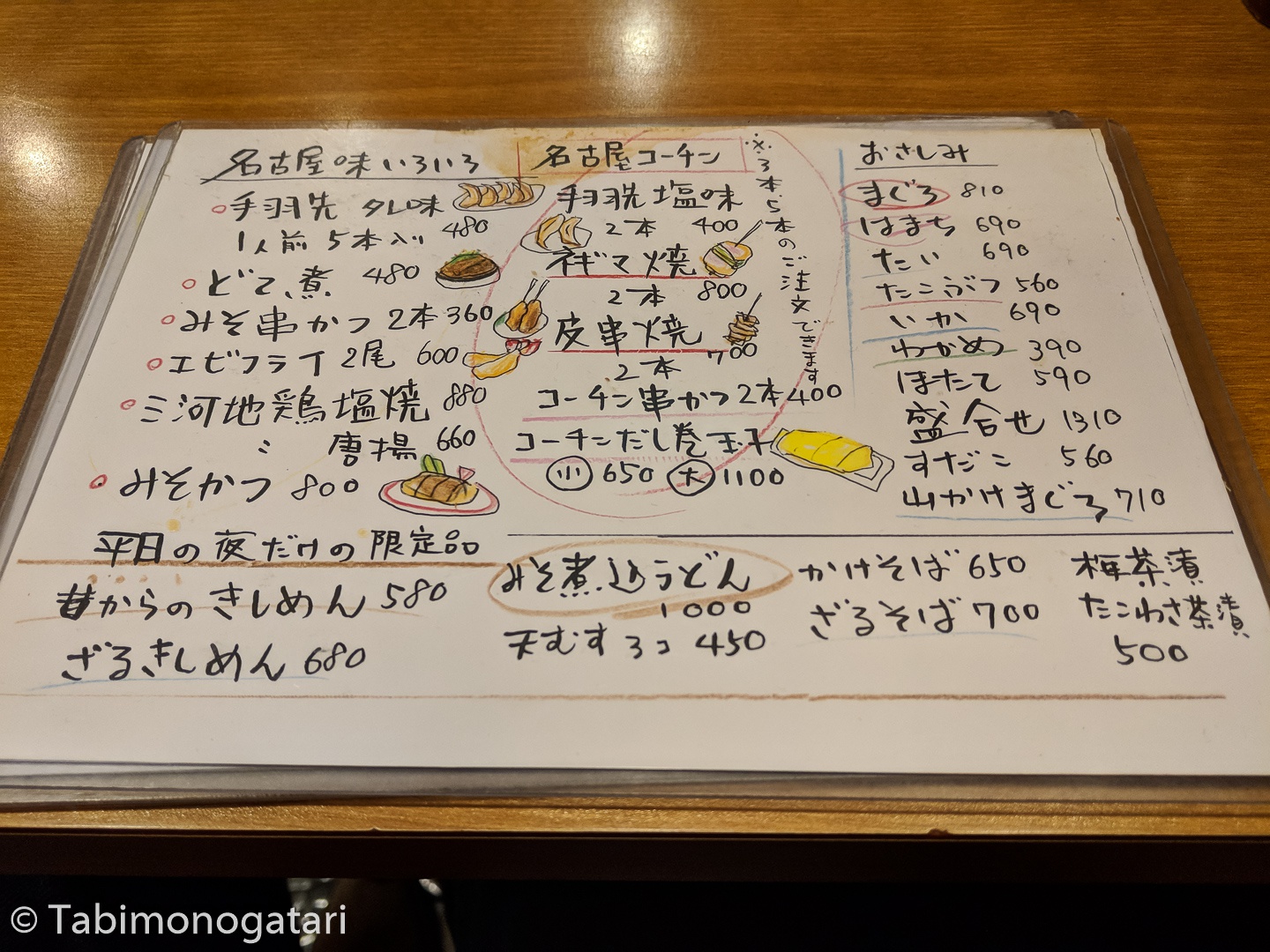 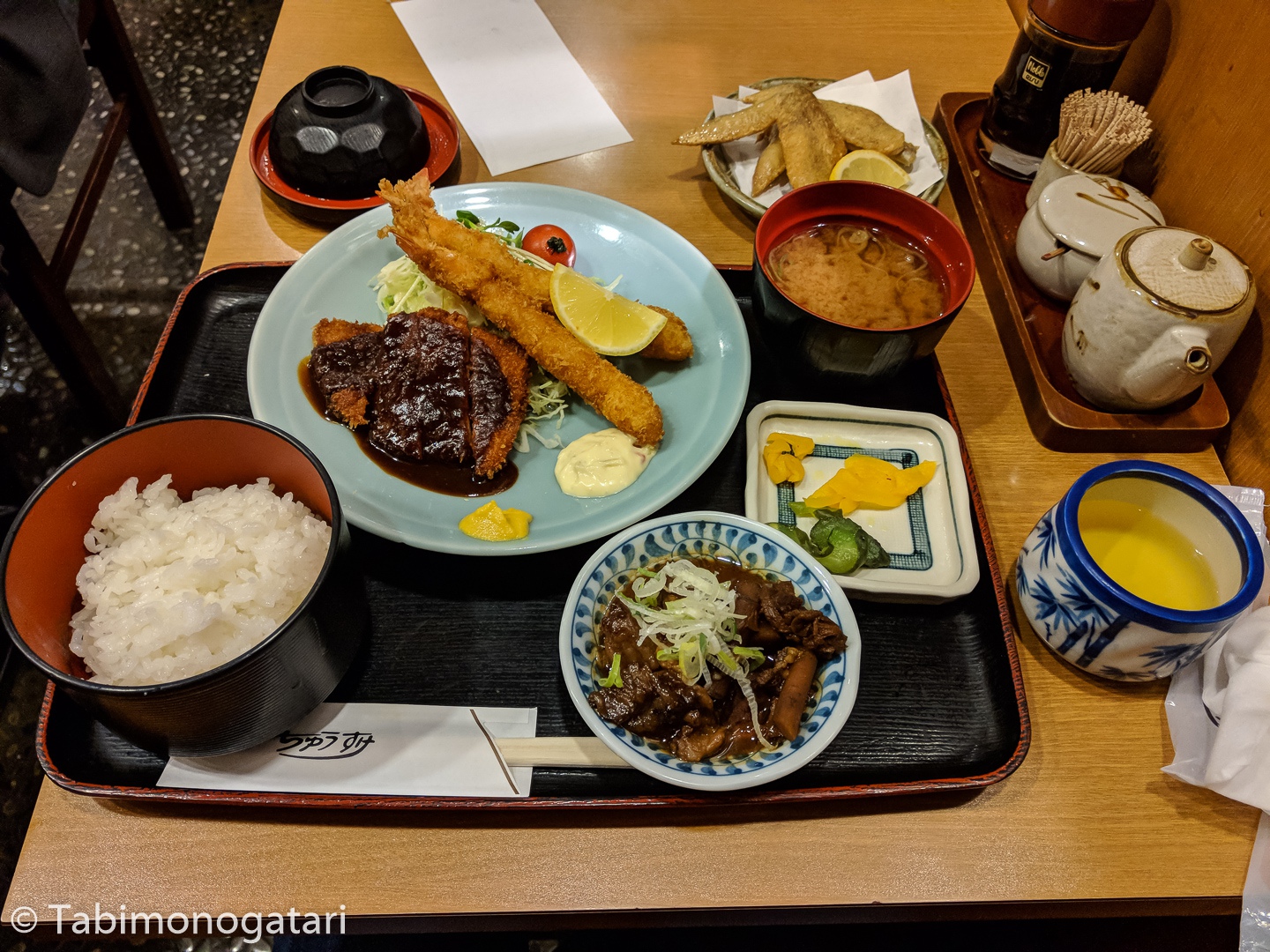 Continuing the journey, I boarded the Kodama Shinkansen next, which stops at all stops and therefore takes a bit longer to reach Tokyo. The reason for that was of course to leave the train before arriving at the terminus. 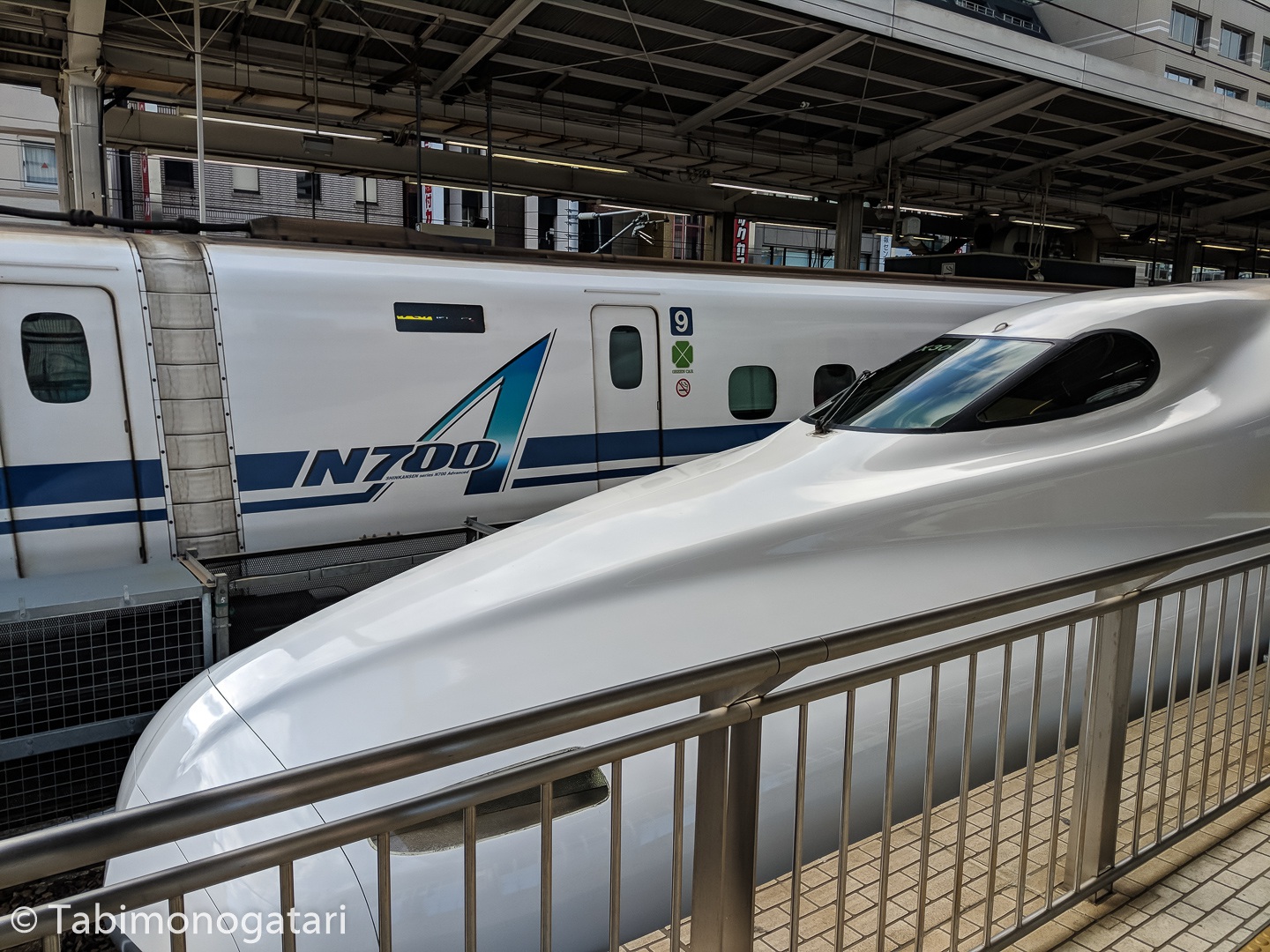 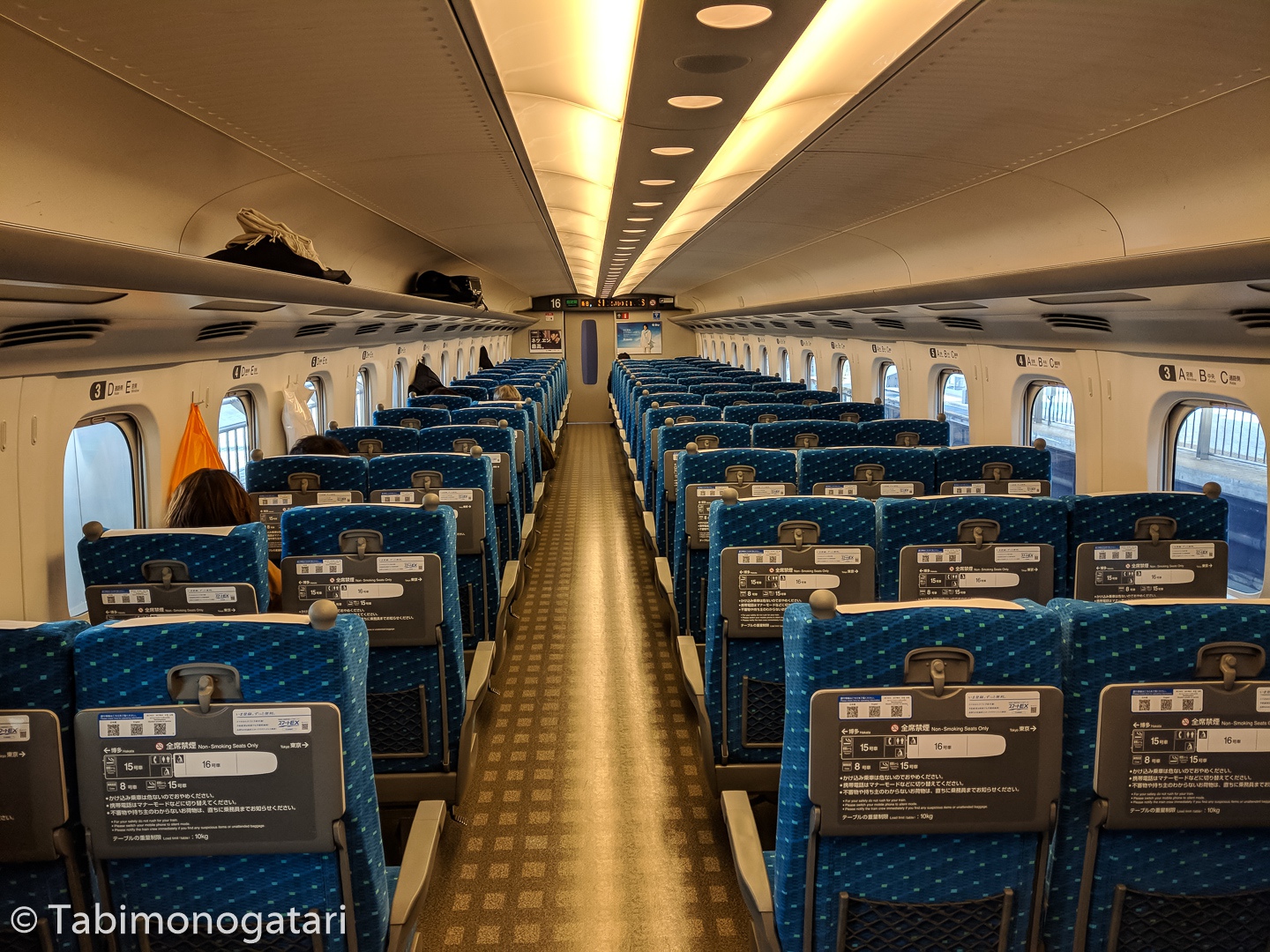 While we are still technically in the middle of winter, this year witnessed a mild winter. Moreover, around late February, the ume blossom viewing season begins. In the hope to see some ume blossoms in lieu of sakura, I made my way to Atami at the beginning of the Izu peninsula.

From the Shinkansen window (left side coming from Nagoya; right side coming from Tokyo) one can see Mt. Fuji clearly while passing Shizuoka. Thanks to the slower Kodama, I could take several photos on the way. 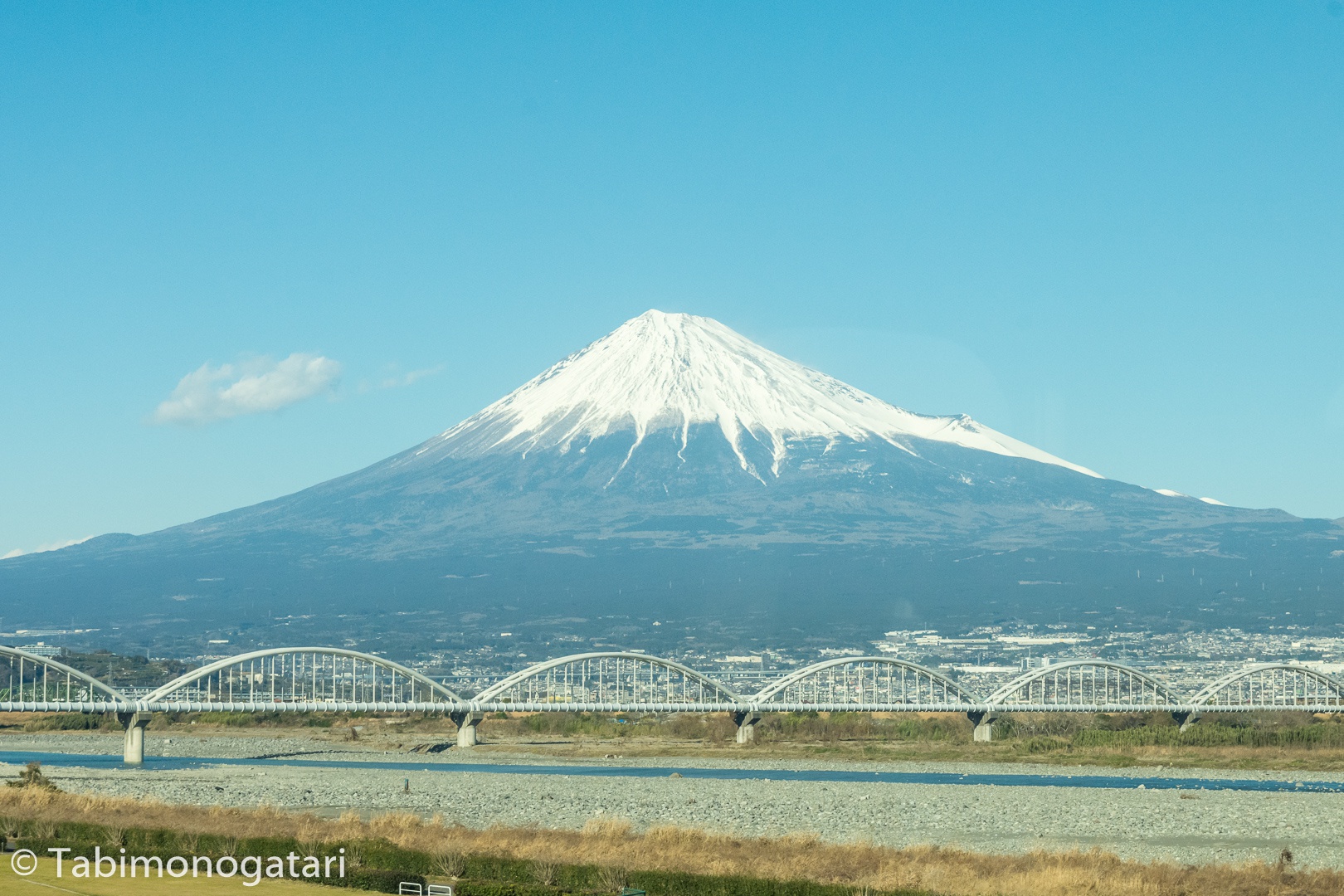 In Atami I needed to transfer to a local line and after one stop I arrived at Kinomiya station. A short walk up the hill lead me to the Plum Park. 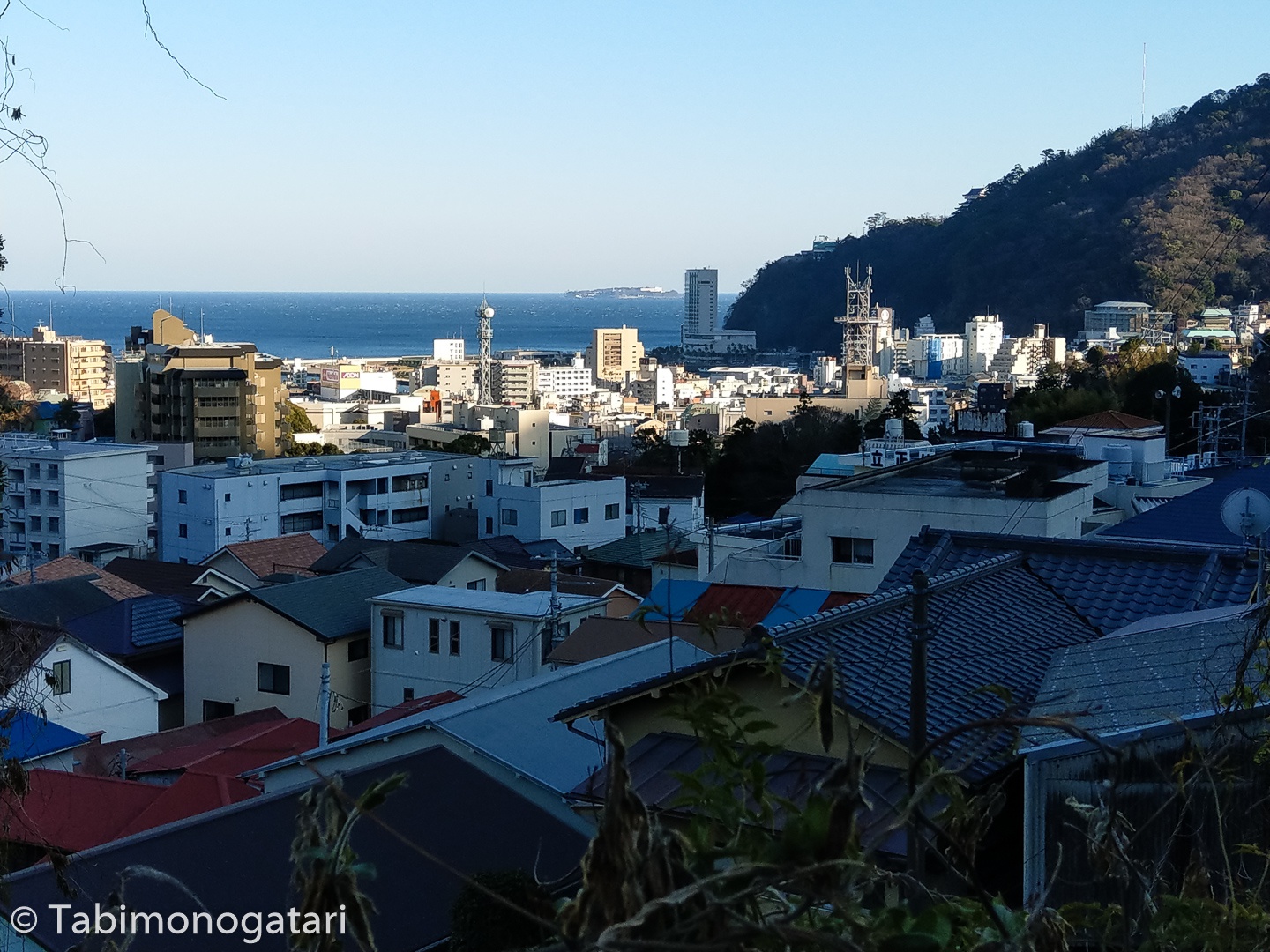 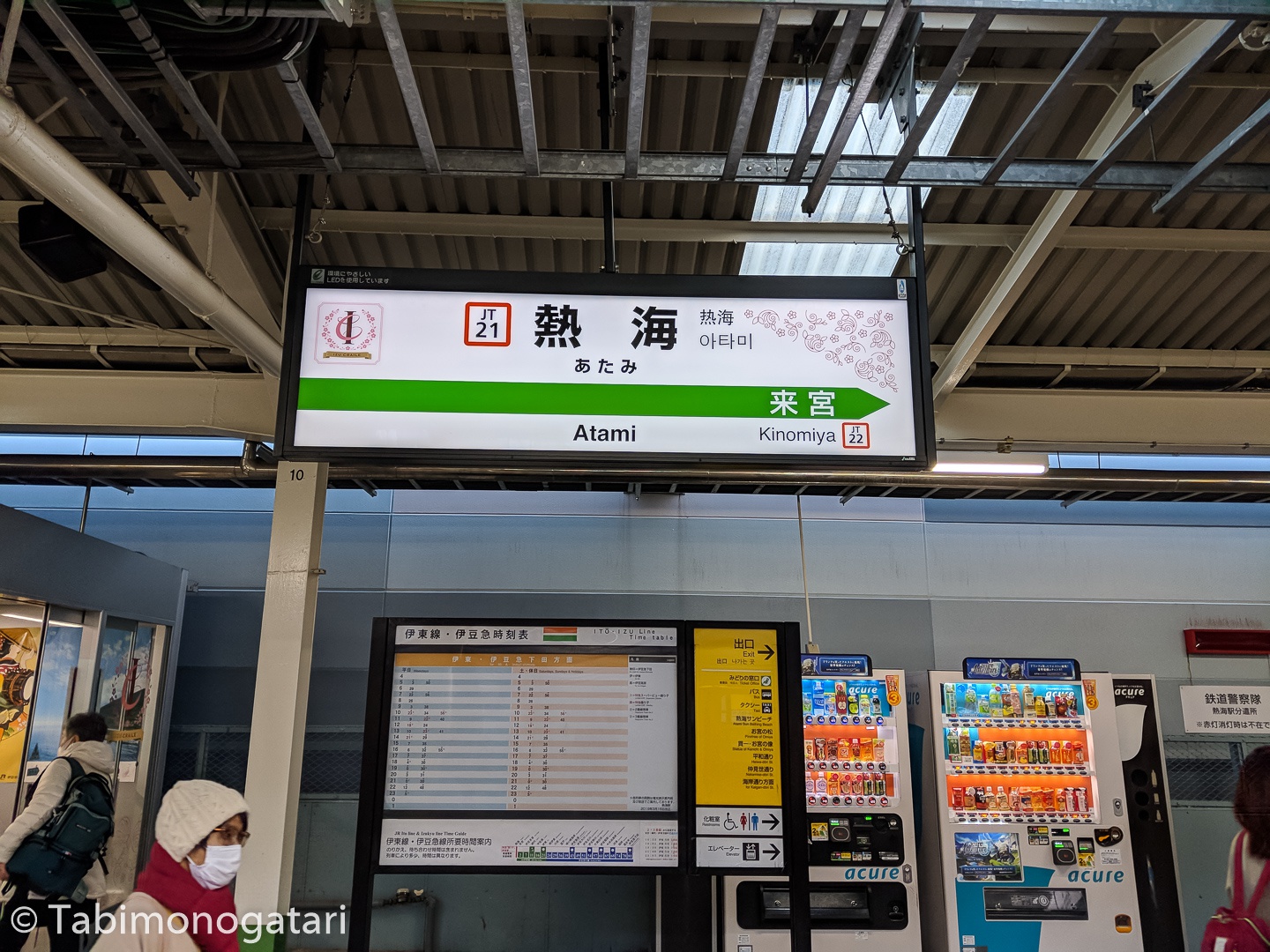 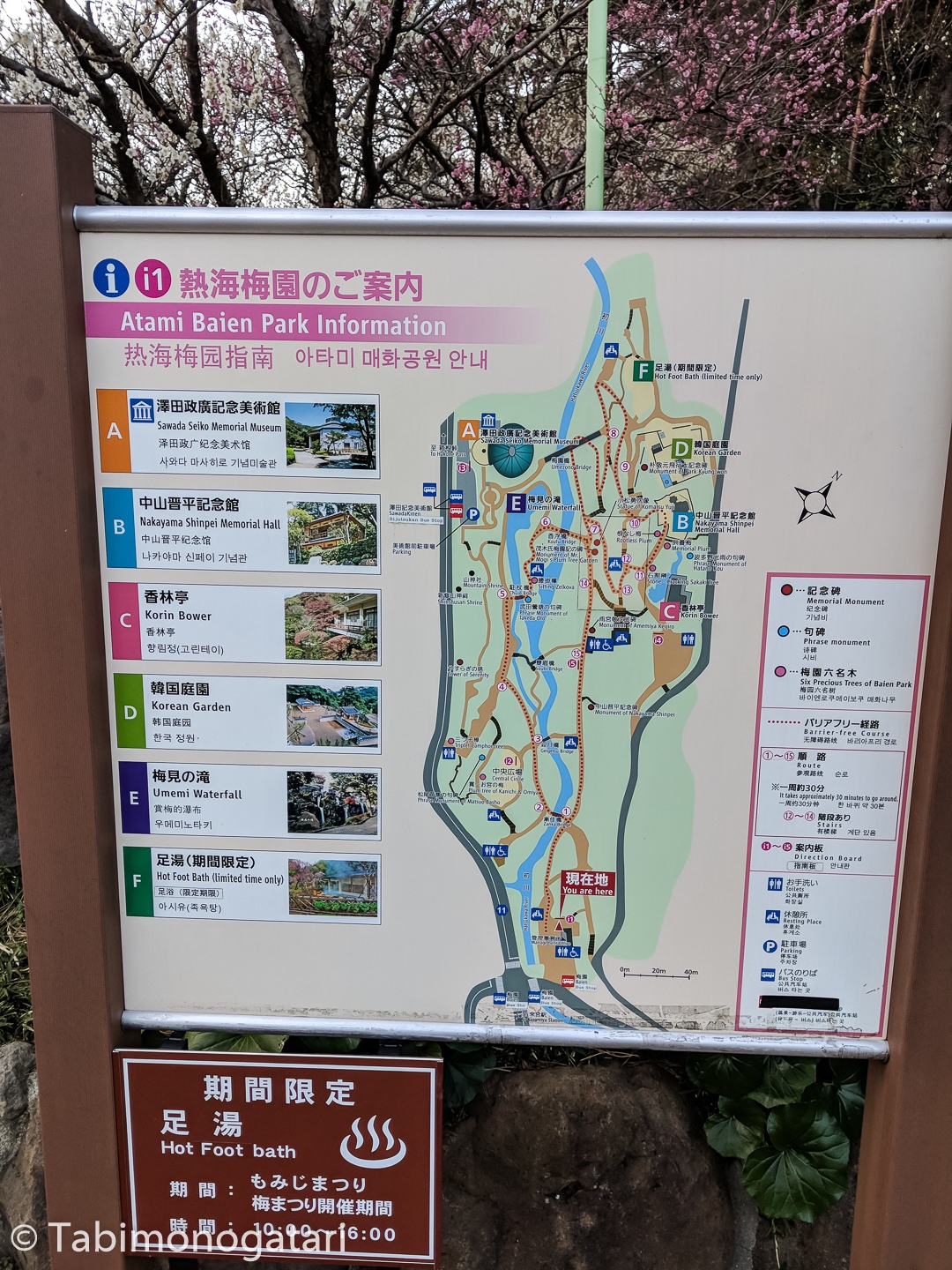 I arrived later than I had envisioned but the sun was still out and I could see the plum blossoms. Albeit they were not in full bloom yet, it was a nice stop on the way. 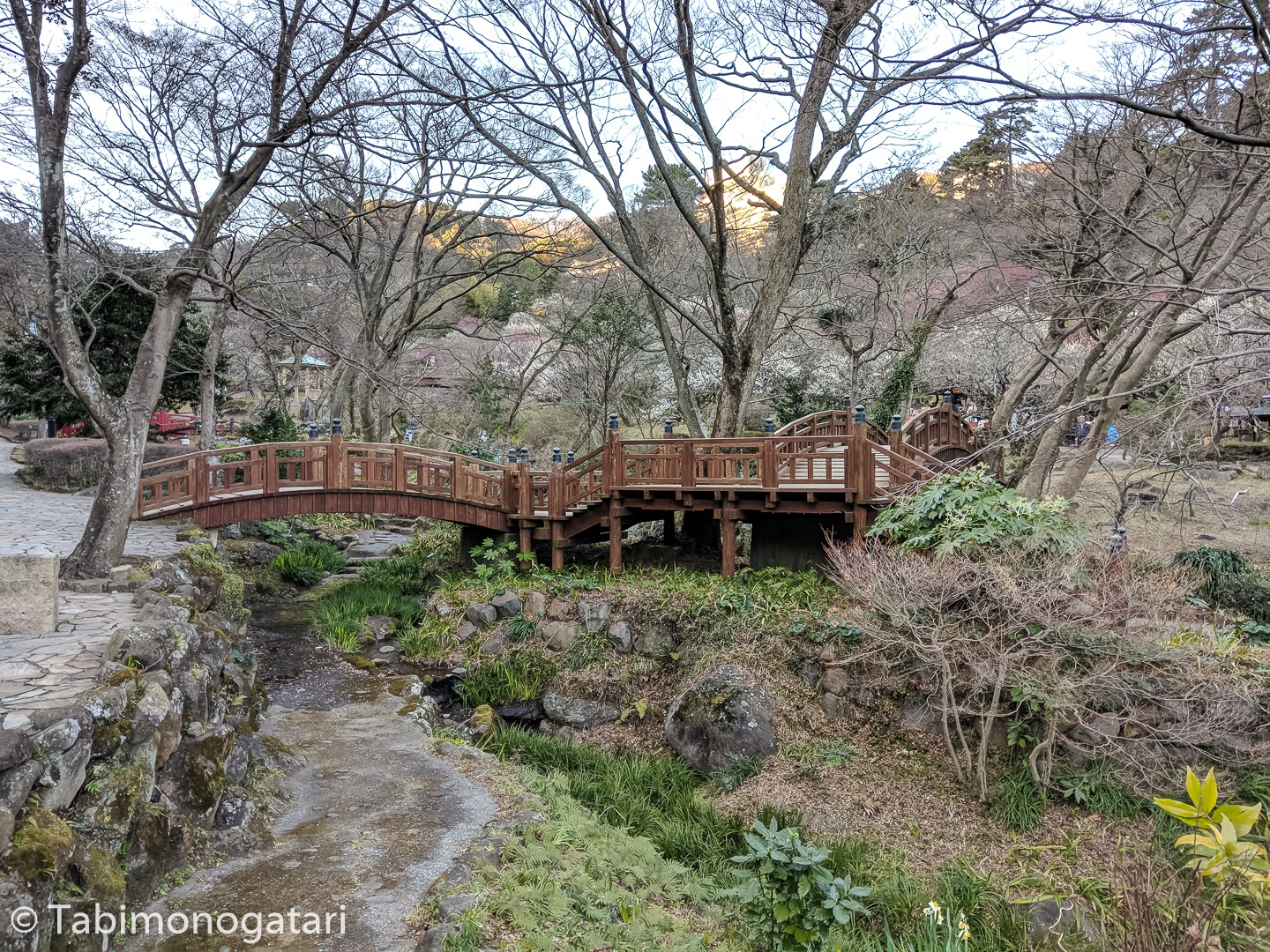 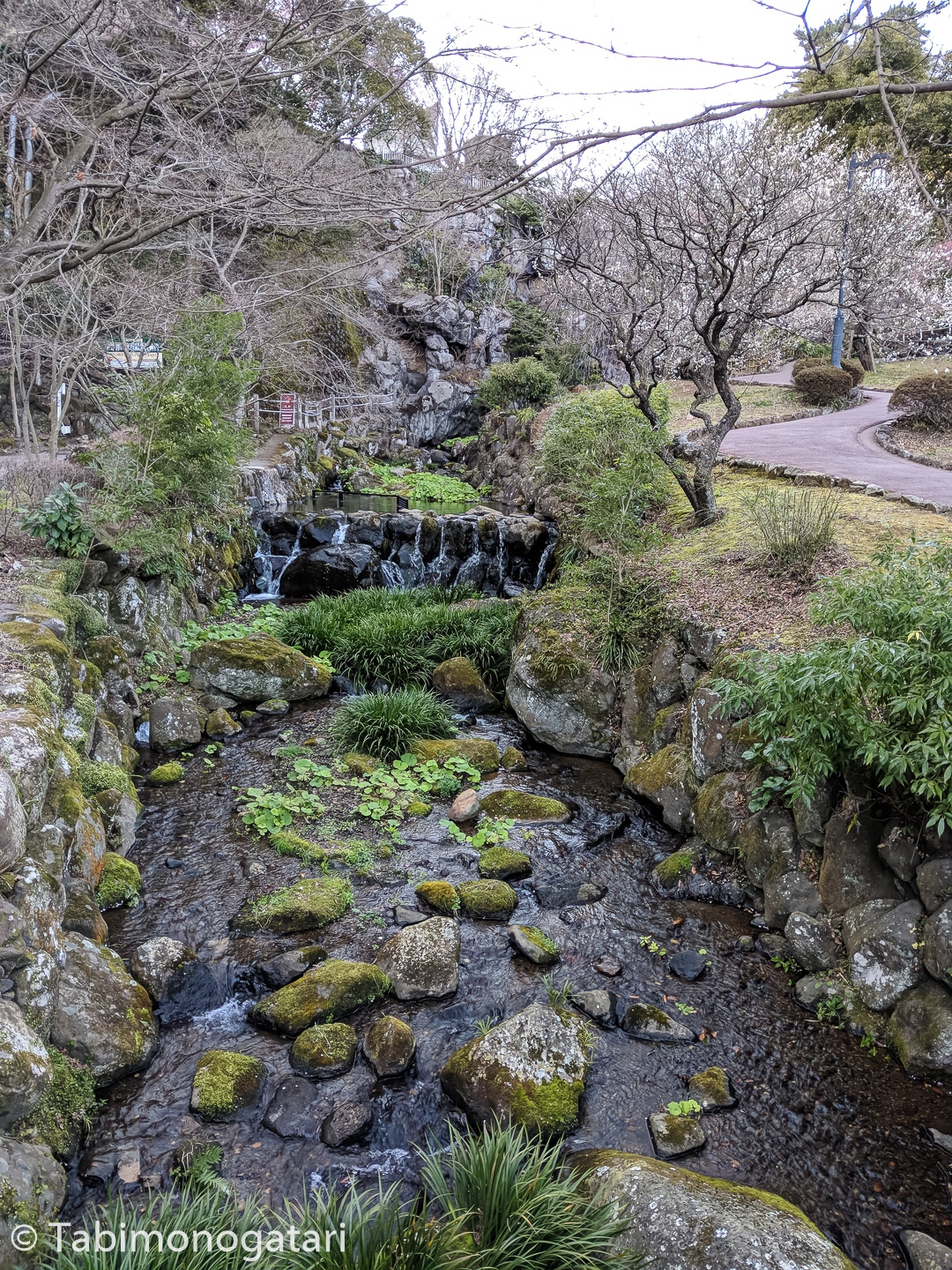 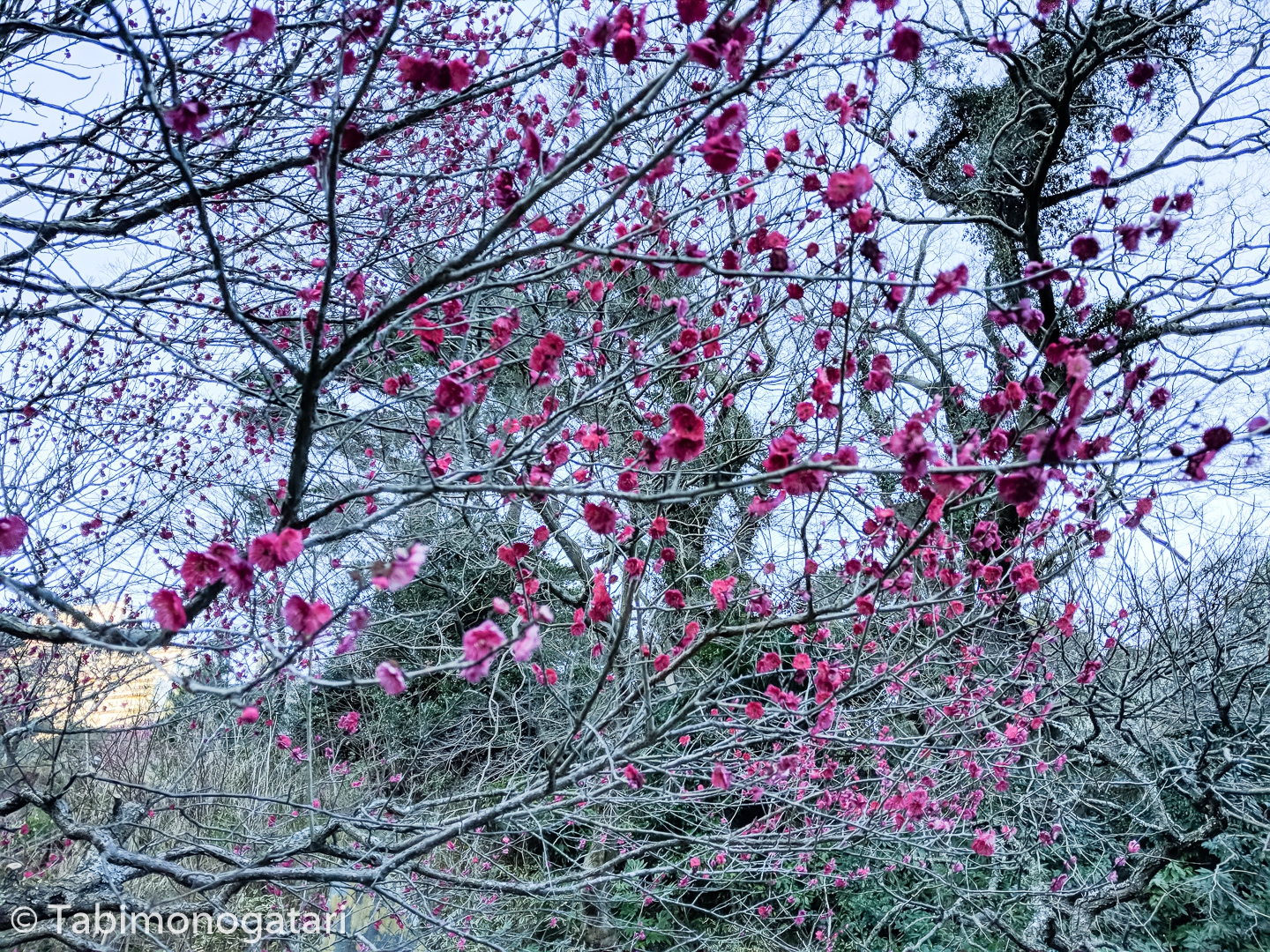 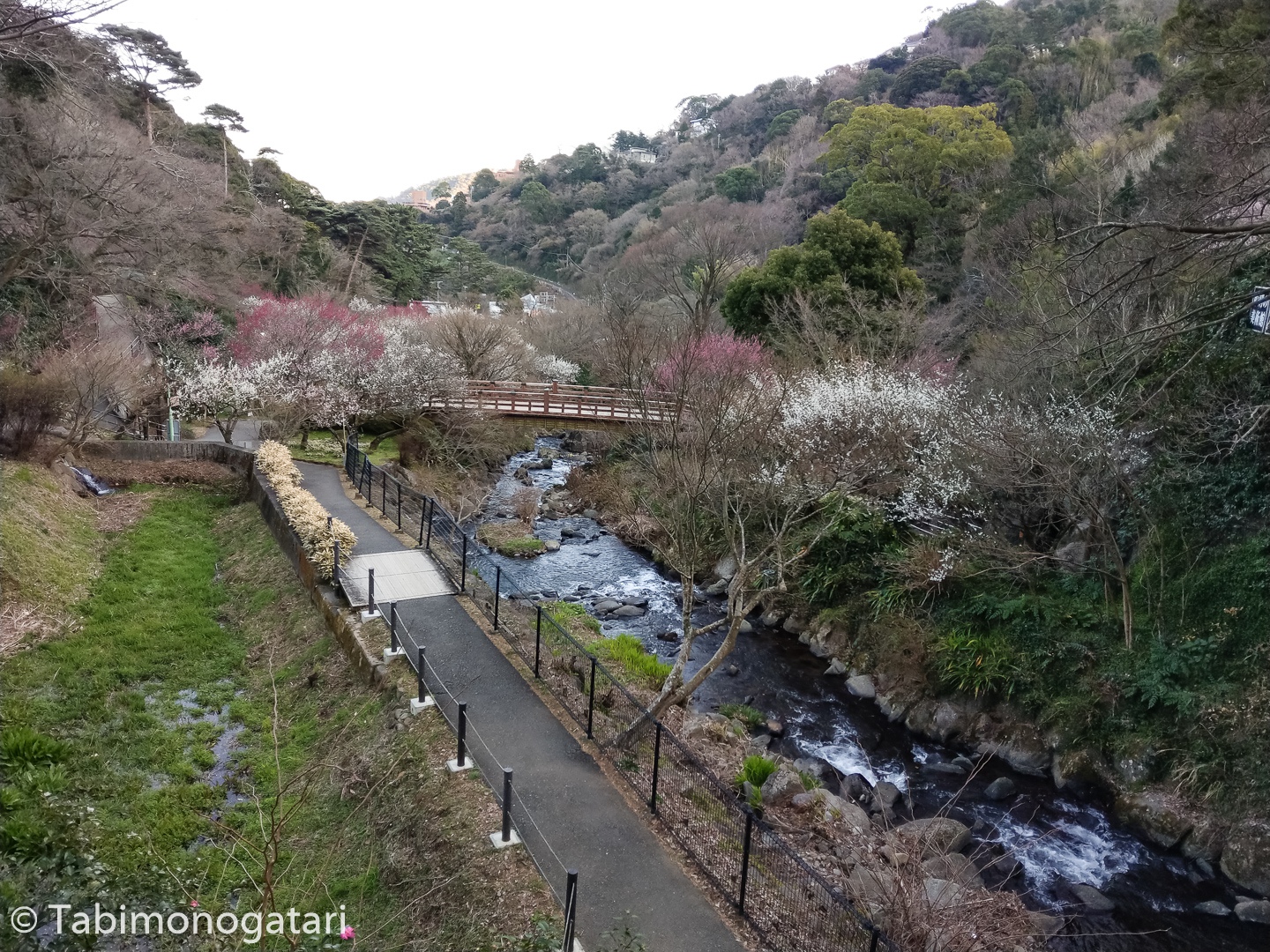 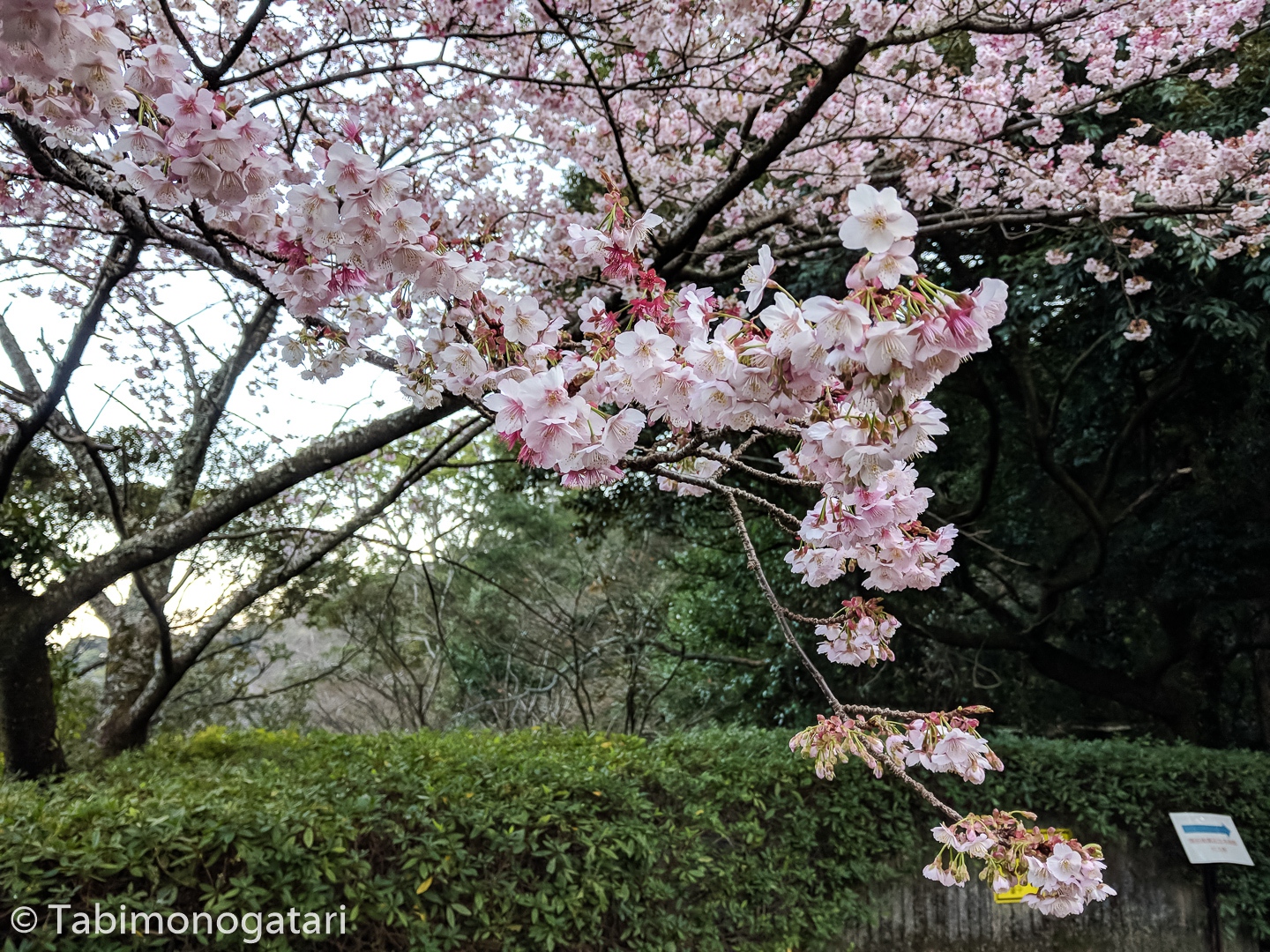 In the evening I arrived in Tokyo. This time I had a hotel in Asakusa, following my rule of choosing a different area of the city every time. Before I stayed in Ikebukuro, Shibuya, Ueno, Ginza and Gotanda. Asakusa is not the best location in terms of proximity to JR lines, but is well connected by Tokyo Metro. The area is scenic both at day and night and the Skytree is just across the river. 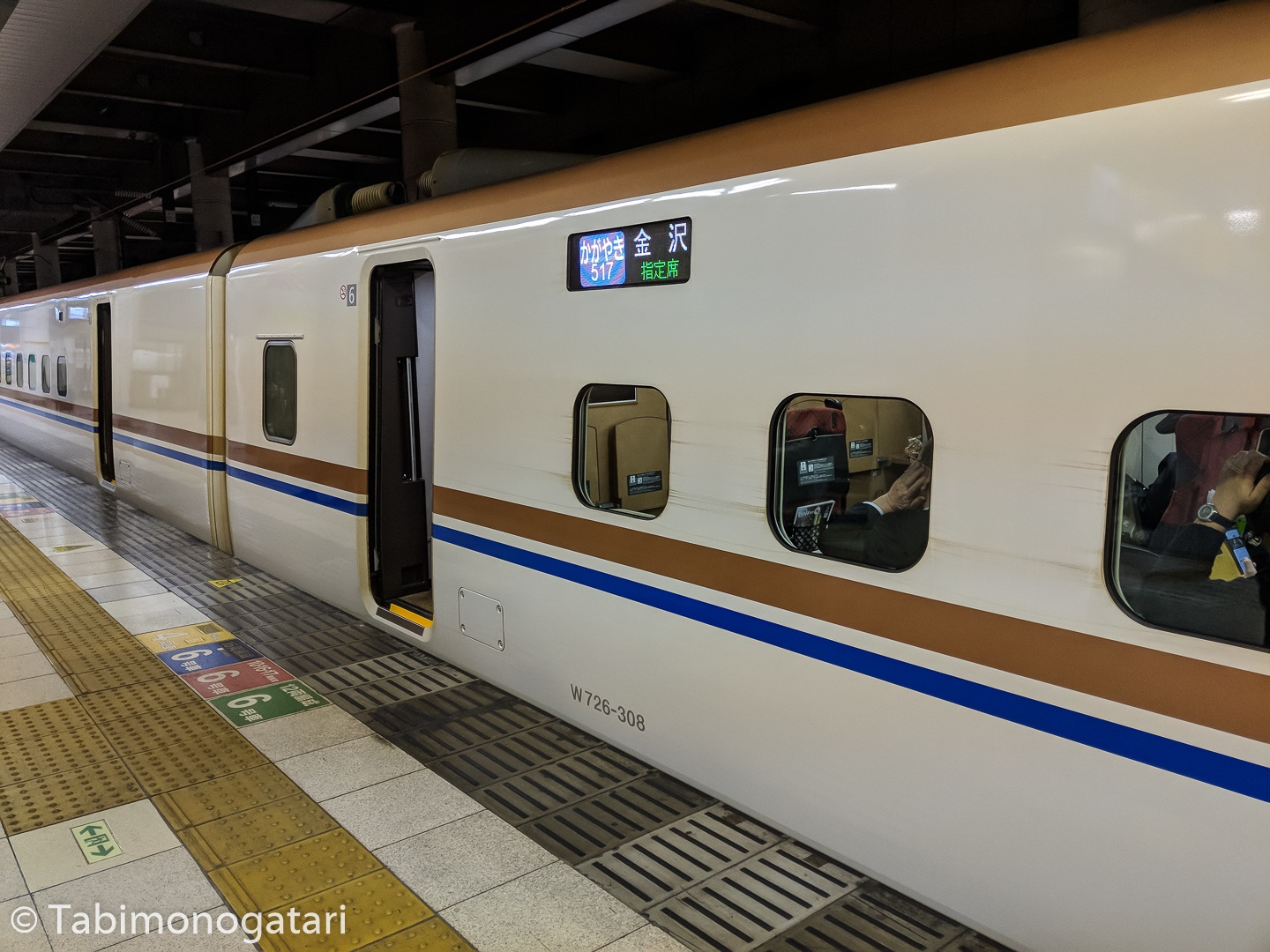 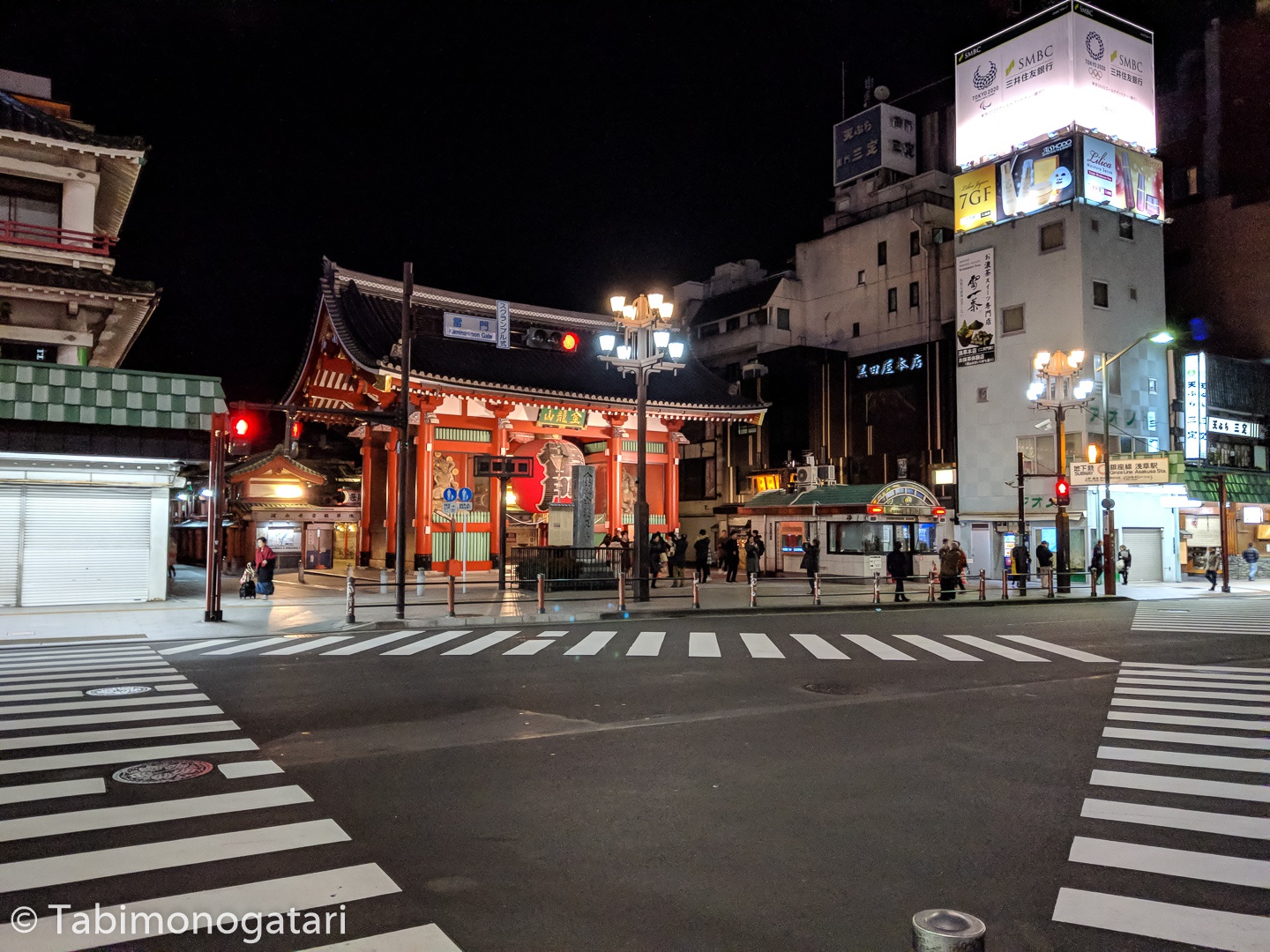 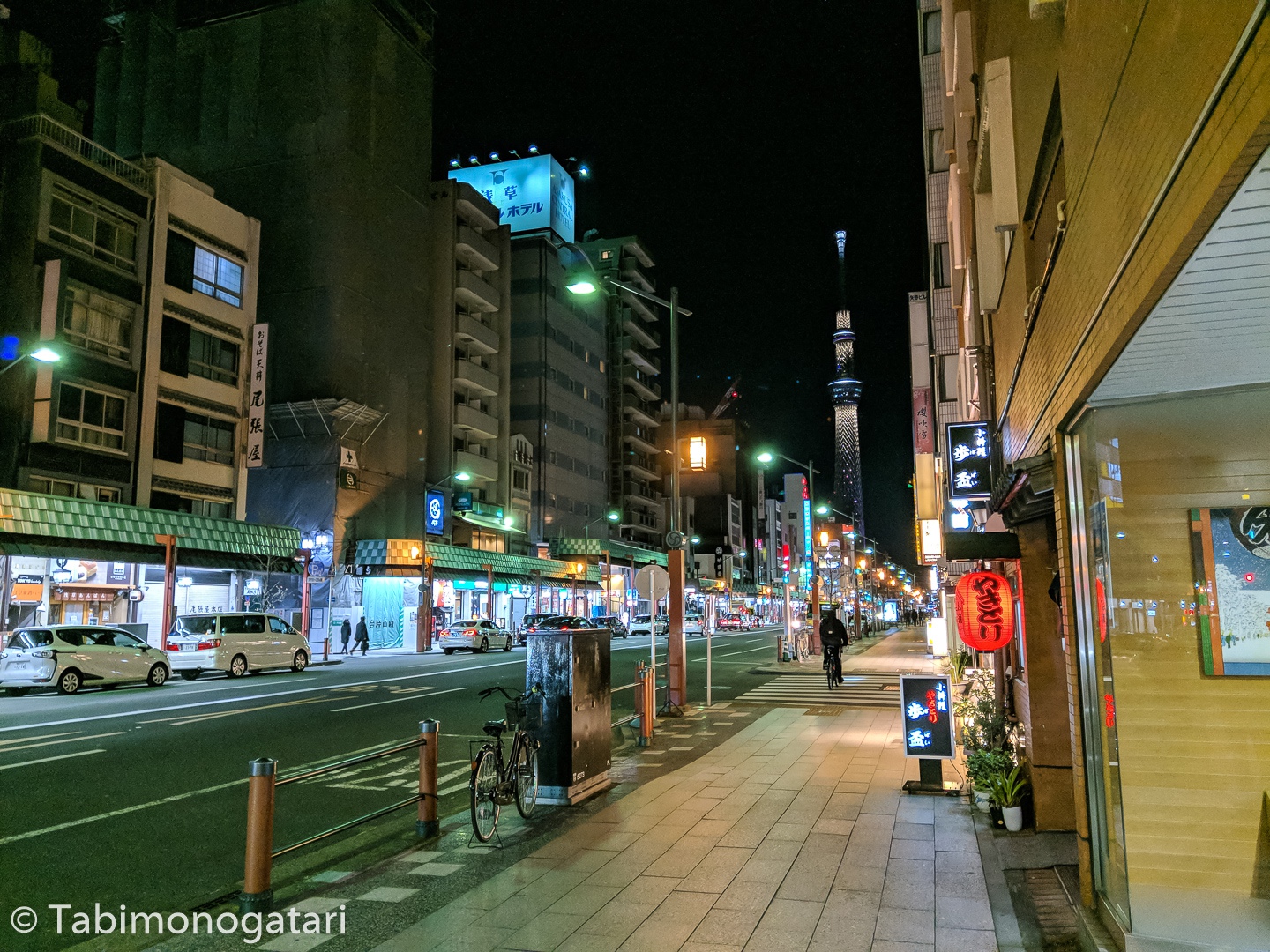 It was quite late by that time, so I feared that most restaurants would close soon. Thankfully, in the touristy Asakusa area there were a few restaurants with super extended opening times. I found a spot at Ippudo, a ramen chain from Fukuoka that celebrates international success. I had the limited chuka soba. 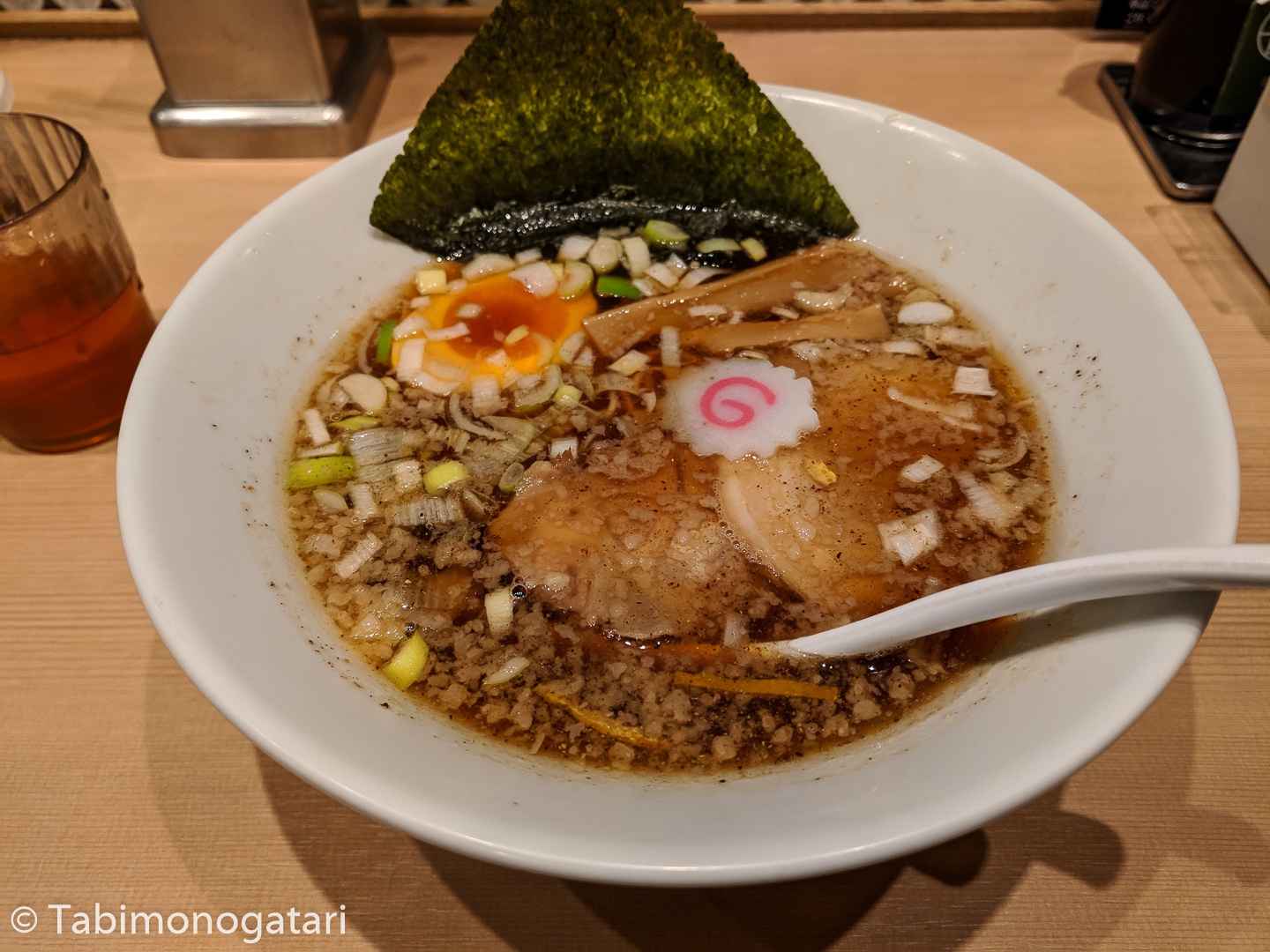