As October comes in, the weather slowly becomes cooler and cloudier. Still, we are talking about California, meaning there will be some clouds from now on and it gets a bit chilly in the mornings while being warm at noon.

About a month has passed since I started my new work- and lifestyle and I still have mixed feelings about many things. On the one hand I enjoy being here a lot, embracing the diverse and inspiring environment, the beautiful campus and the challenges in the lab, on the other hand I miss my dearest persons across the ocean and I cannot adapt to everything that is different from things that I am used to.

Finally I took the time to visit Hoover Tower, the iconic tower which is dedicated to former President Hoover. Admission is free for students and faculty while the majority of tourists and visitors has to pay a small fee to access the top floor. After queuing and standing in the small elevator I reached the observatory platform. That day the weather was typical Californian, with little clouds clear skies. From above most of Silicon Valley and even the skyscrapers of San Francisco were visible. The large amount of greenery still confronts my mental image of Silicon Valley I had before I arrived here. 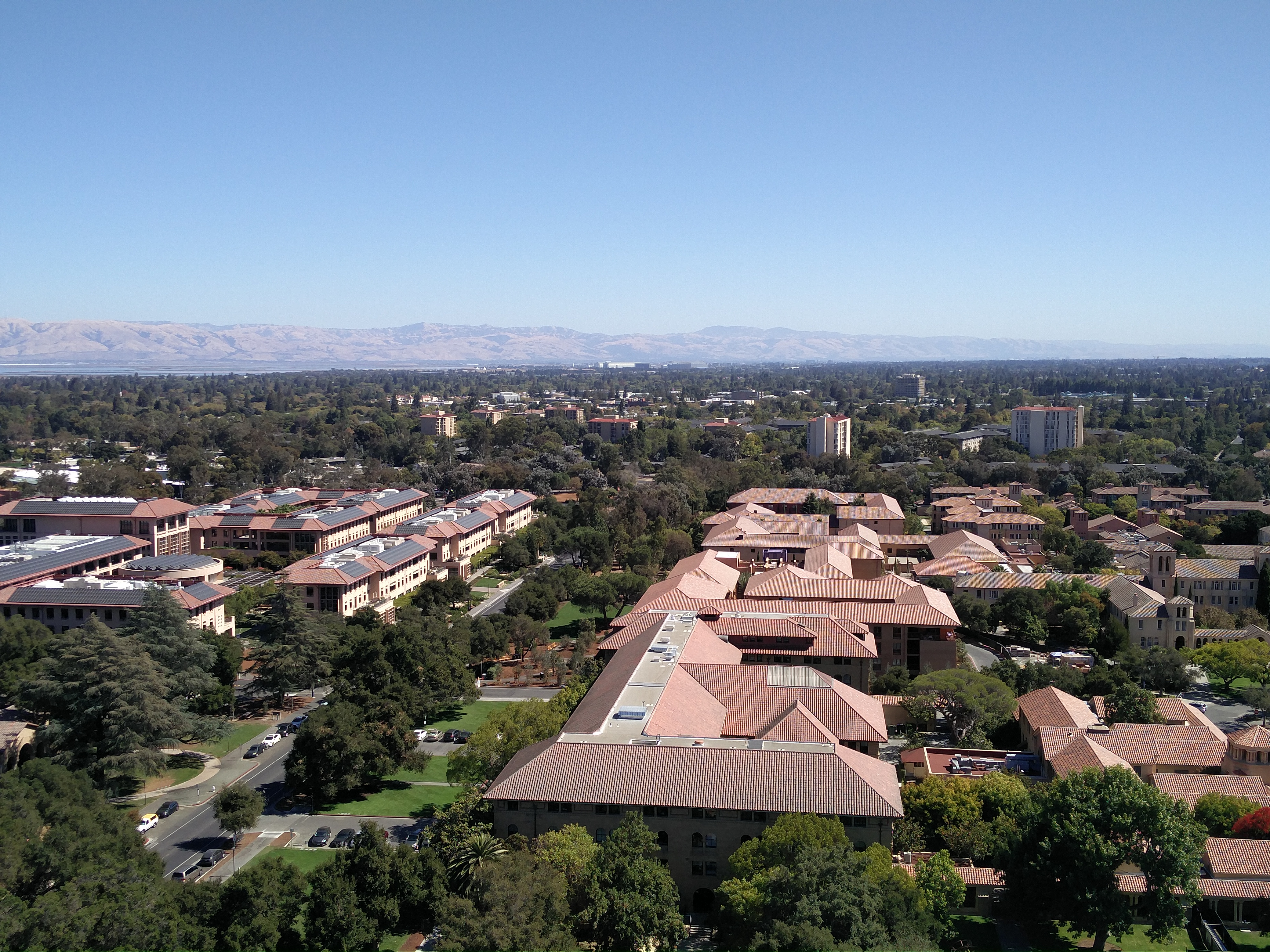 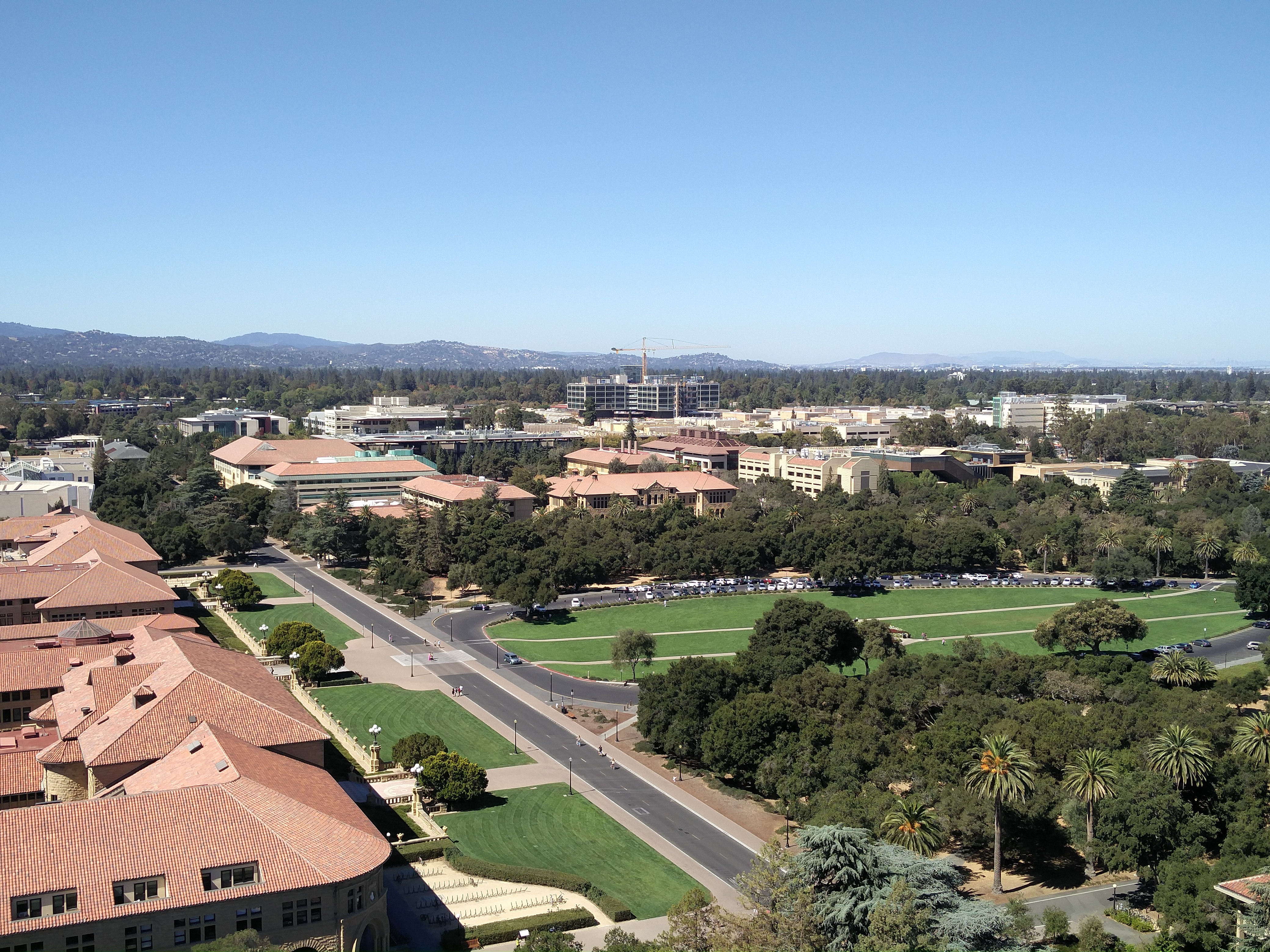 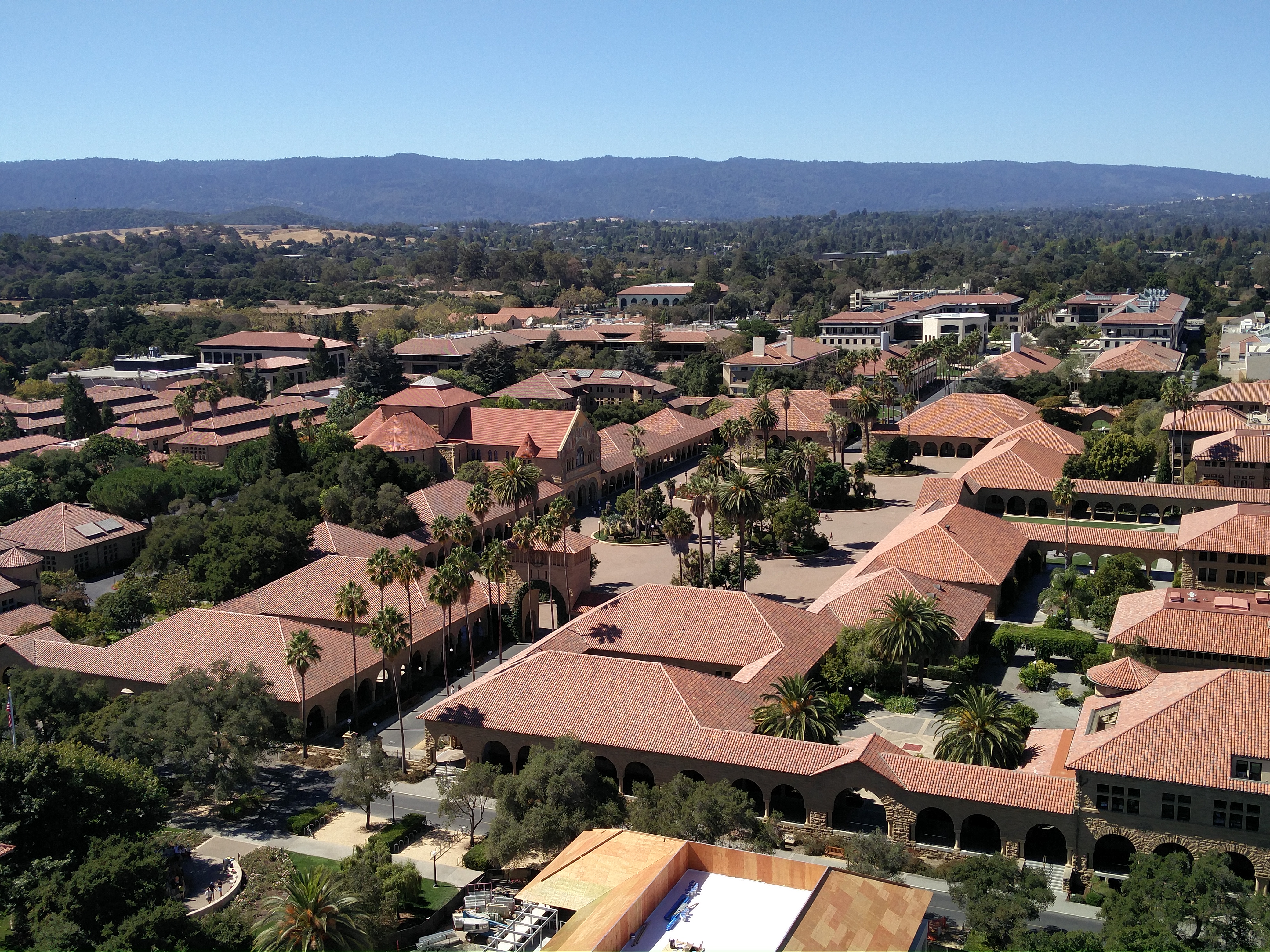 With the start of the fall term the campus suddenly became much busier. My first impression was „Undergrads everywhere!“ But since usually I do not cycle across campus except very early and very late in the day, I can largely manage to avoid the crowds.

I tried to attend some classes, both in my discipline and following my interests. A biochemistry lecture caught my interest and I will presumably audit it from time to time.

Also, I became aware of the broad offering of language courses, especially in Japanese. I went ahead and visited two classes, one entirely focusing on conversation, and another one on general grammar and language study. While I enjoyed both classes and considered attending both I was informed I could not do so. The university has a strict no-audit policy for interactive courses and seminars, including language courses. Since I am not pursuing a degree here I cannot enroll in any classes.

Fortunately an informal Japanese conversation class is offered at Bechtel which I visited. To my surprise only two people showed up for this class, me being one of them. Precisely because of this the course helps me to develop my conversation abilities by maximizing interactions.

In quick succession I had the chance to attend the parties of both the Japanese and the German student associations, both which occurred last weekend.

Over noon I left the lab for two hours to visit the party of the Japanese students. Funnily the copious amount of catered food was not Japanese at all but Italian entirely. To make up for it the organizers assembled a variety of snacks and beverages from Japan. Even though the majority of attendants were Japanese (looking) I ended up on a very international table were we ended up talking in English.

On Sunday everyone was invited to join our Oktoberfest party where we enjoyed local specialities and networked until late. I signed up to help with the setup in advance so I arrived two hours prior and helped with carrying boxes and lighting the grill. In conjunction with the Brewers Association we could offer two kinds of German beer from the area of Stuttgart. 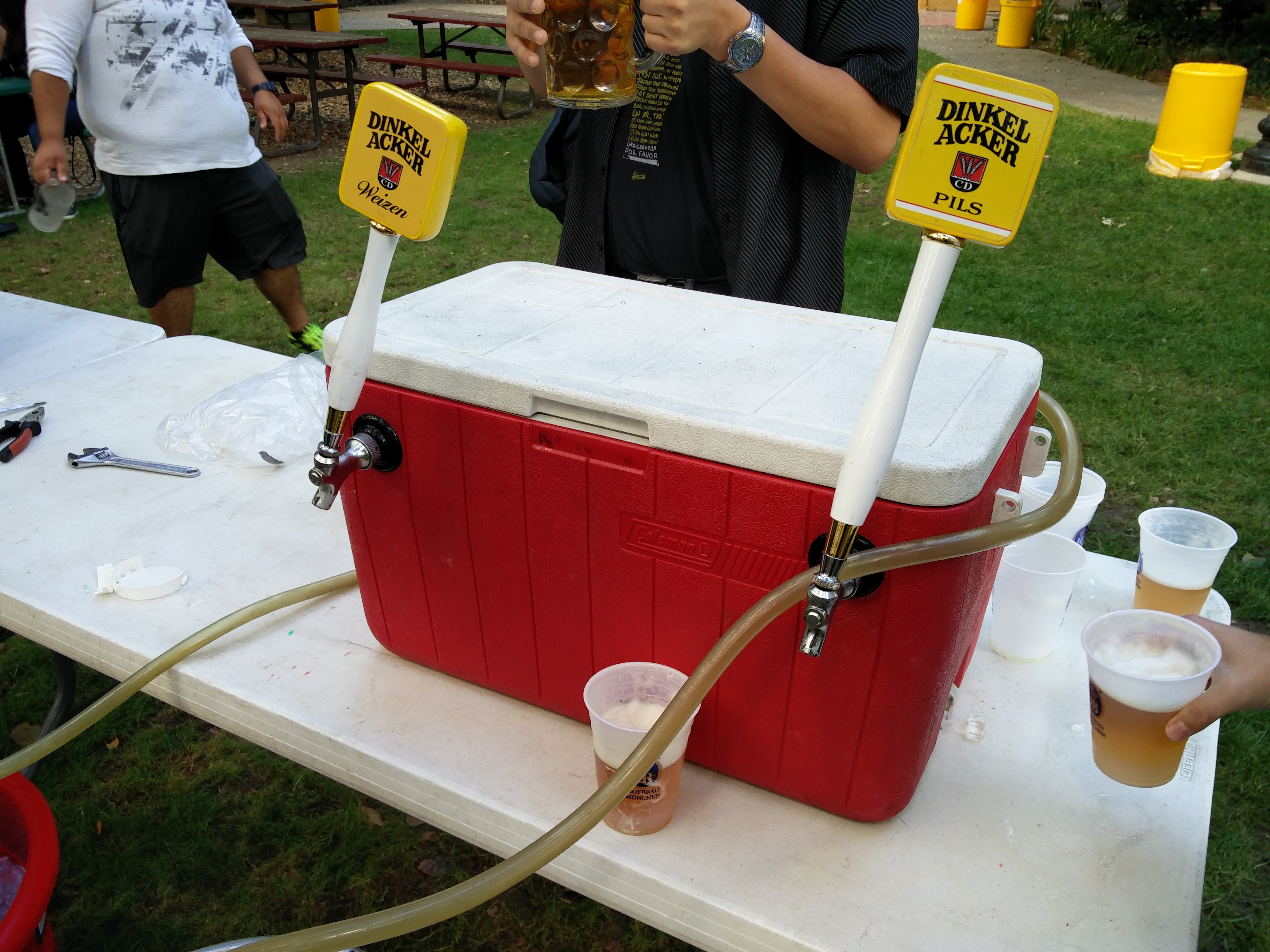 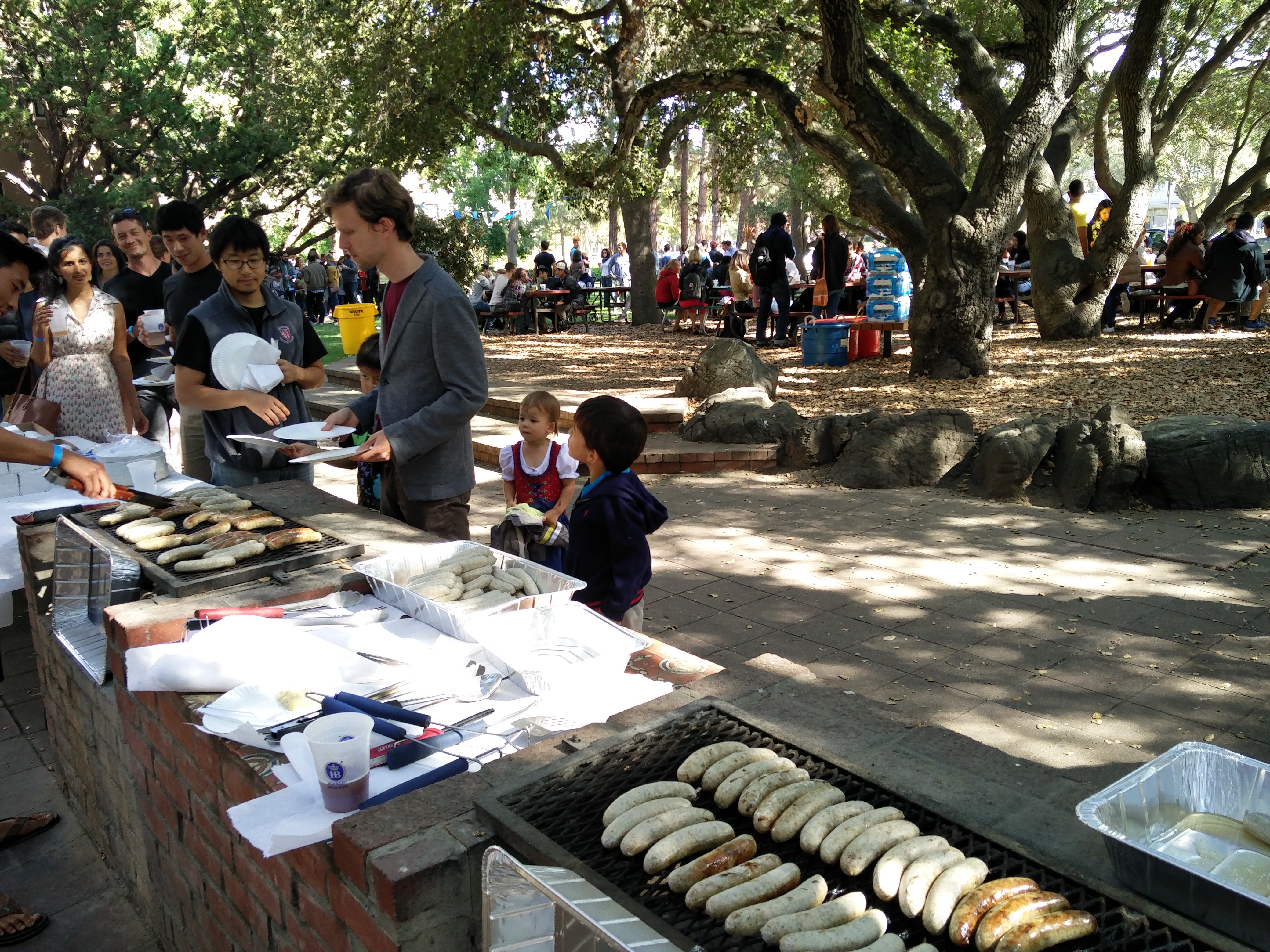 Once the festivities started many people showed up to enjoy German beer and sausages, potato salad and bread, while listening to the Karl-Lebherz-Band who specializes in German folk music. Some folks even showed up in traditional dresses.

Most of the time I spent at the grill – and not in the queue but on the other side grilling. There I talked a lot with German students and exchanged advice and life stories. At the end of the day my clothes absorbed so much smoke I was not sure whether I could remove it again.

Nearly weekly a chemical company visits the campus and holds information sessions followed by interviews. This way of recruiting is very efficient in drawing talented people from the very beginning, I think. A diverse set of industries comes to visit us over time, so far from the mineral oil industry, a manufacturer of cosmetics, a company focused on speciality chemicals, and a molecular dynamics research organization with its main frame at Time Square.

On a very short notice I heard about a career fair taking place last Tuesday. Over 100 companies showcased themselves and conducted recruiting right on campus. I noticed that mostly companies from tech sector were present and that they were targeting engineers and computer scientists, which is not too surprising in this area (we are in Silicon Valley after all). The queues leading up to companies like Microsoft, Intel and Space X were incredibly long. Notably, some chemistry companies also showed up, including companies from the pharmaceutical and the mineral oil sector. However, none of them had positions for chemists to offer. This is a trend I noticed on the job boards in Europe as well.

That’s all for this time. I apologize for the more infrequent updates which I expect will continue. Thank you for reading. 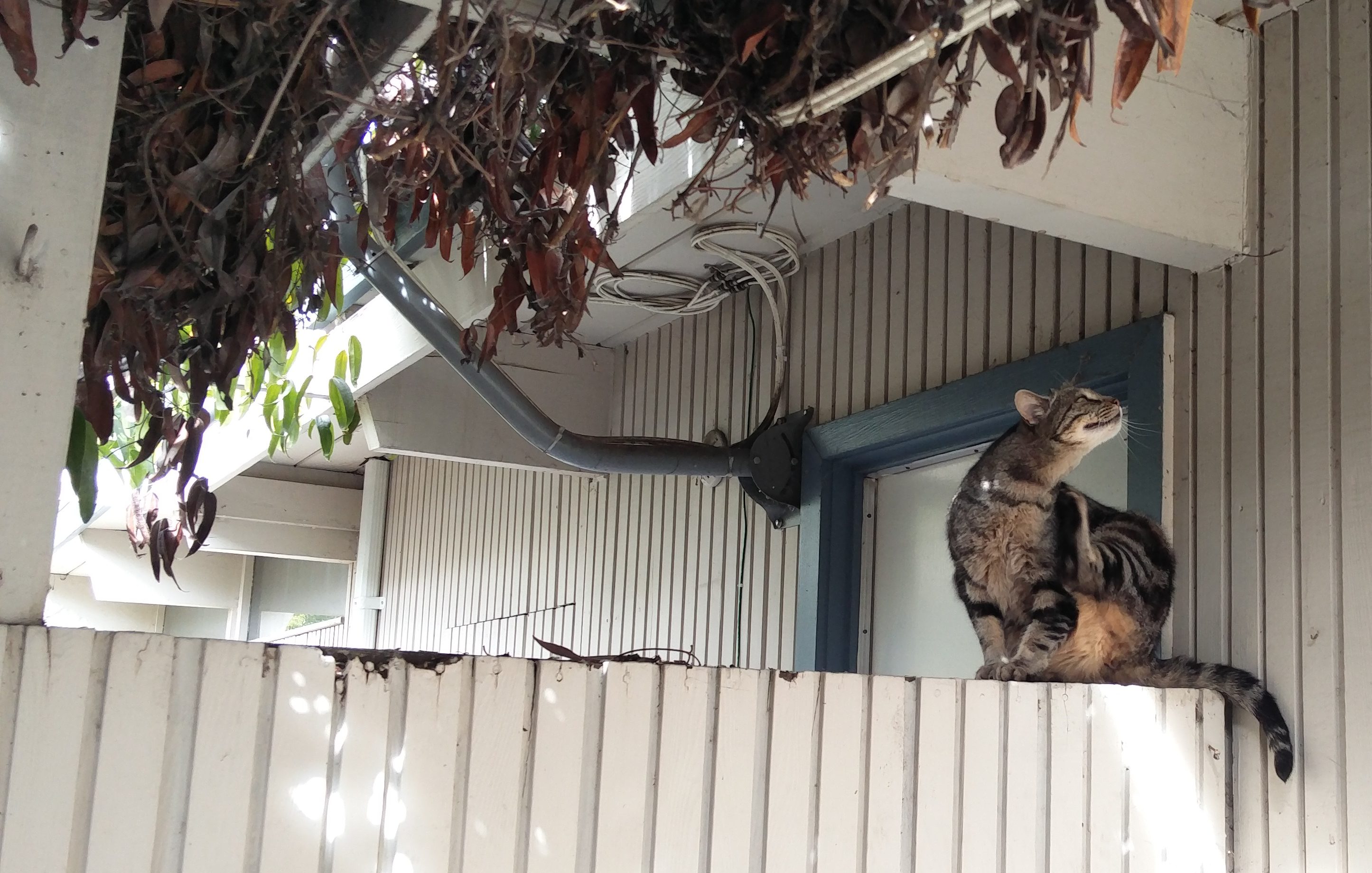