The past week was filled with introductions, and involved meeting new people and free food. Not only did the Graduate Student Council host dozens of events during the Graduate Orientation Week, other organs and student organizations contributed their individual ones. Even though I could not attend all of them, I enjoyed every single one I was at. 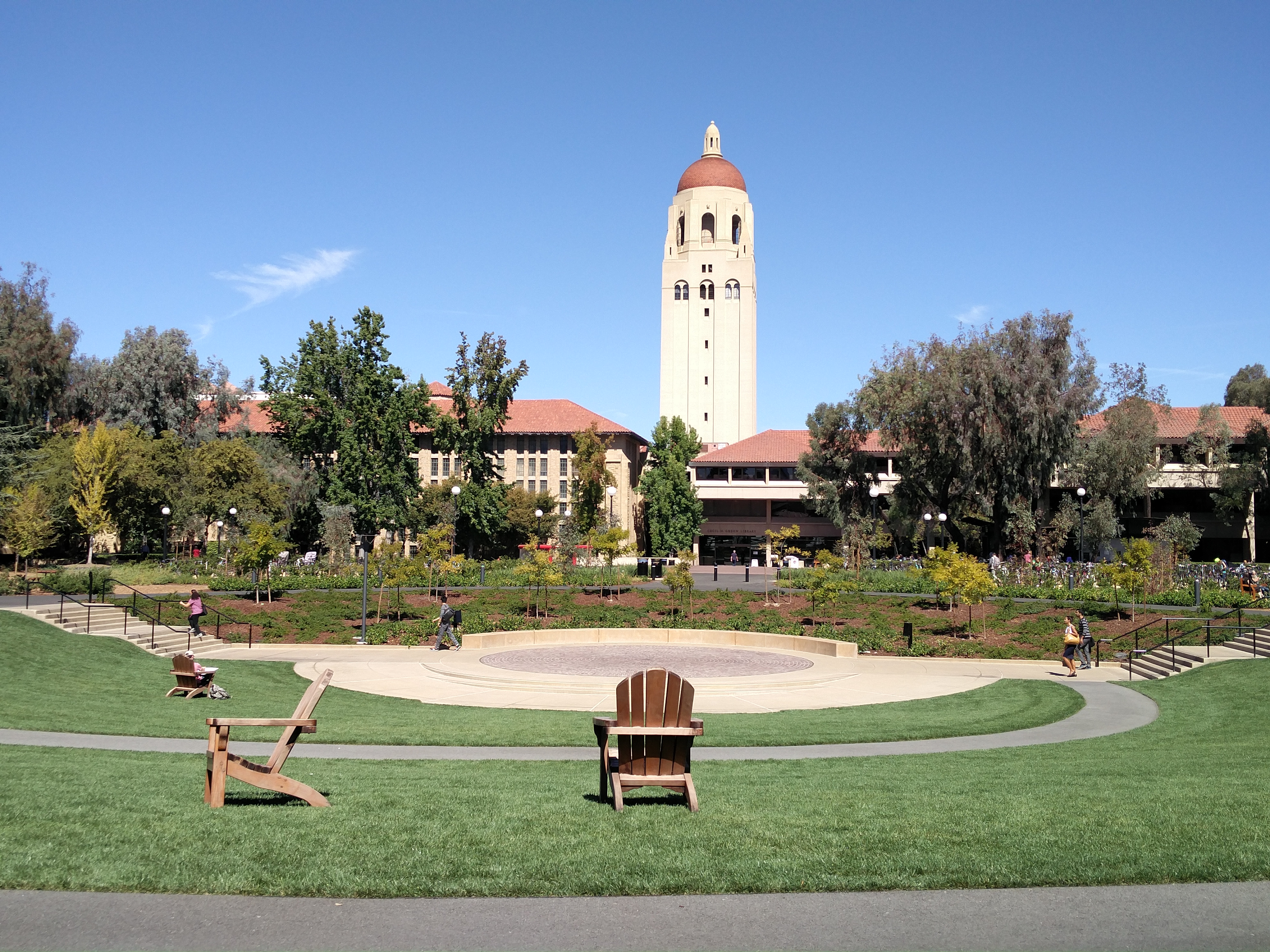 The weather was typical Californian throughout the week. Not a single cloud, mild nights and hot temperatures during the day. At the end of the week the thermometer read up to 35 °C.

On last Sunday the intro session Grad 101 hosted by grad students managed to fill the room to the last seat. We heard about our privileges and responsibilities, handy information about locations on- and off-campus and personal experiences. Afterwards there was a Pizza dinner and get together, where copious amounts of Pizza slices awaited us – they were finished pretty soon.

On Wednesday evening another food-session combo drew countless students in. The speaker just talked for a few minutes, while referring to said food in every other sentence. Two meter long burritos, sliced into portion sizes awaited us outside. With our stomachs satisfied I stayed for the screening of the two PhD movies, parodies about the life as a grad student.

Thursday marked the highlight of the week – the president of Stanford University invited all new graduate students to his residence. In the very south of campus on a hill I again met up with many students on the big lawn. Later the president gave a short speech.

On Friday the Graduate Orientation Activity Fair took place. Around 50 committee and society booths showcased their activities and some also gave out free goodies that were highly popular. I was surprised by the amount of niche organizations that were present, i.e. Persian poetry and half a dozen of religious societies. The funniest booth by far though was the Stanford Quidditch team! Yes indeed, the broom propelled ball sport from Harry Potter has found its way into U.S. universities.

Lastly, the German student association invited for a Bavarian breakfast, all complete with white sausages, pretzels and HB beer. They also announced that they are co-hosting the Oktoberfest on campus next weekend.

A week full of introductions