Silence. I have to admit I have been neglecting this blog for some weeks now. Both transitioning into a new routine and being generally busy made it hard for me to write about my daily life here. So let me give a round-up about my life in the US in the last month.

In general I do not write about politics, but today will be a little exception. 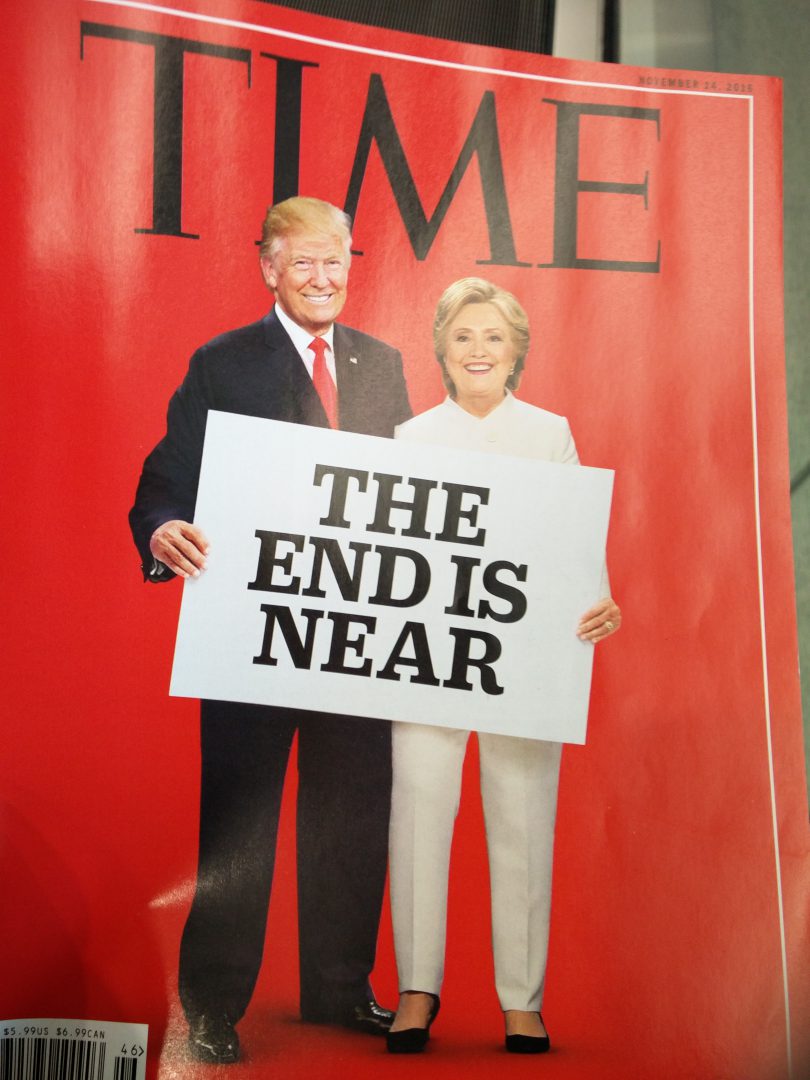 In the weeks leading up to the presidential election we watched the debates in the lab and the general consensus was that Clinton would win. Even at the very election night everyone was expecting Clinton to make the race. But as you know by now it came different. As the ballot results came in state by state we were equally shocked, surprised and glued to the screens. When the outcome was finally conceivable, the mood was in the basement. Yes, I have not talked to anyone at Stanford who had positive feelings about the result. Staff and faculty also expressed their worries and called for unison in the university community.

Meanwhile, my project is advancing well and at a steady pace. After confirming that the method I am developing affords the desired molecules with high selectivities I am trying to expand the substrate scope. Also I am working on another side-project which is more high-risk high-reward. 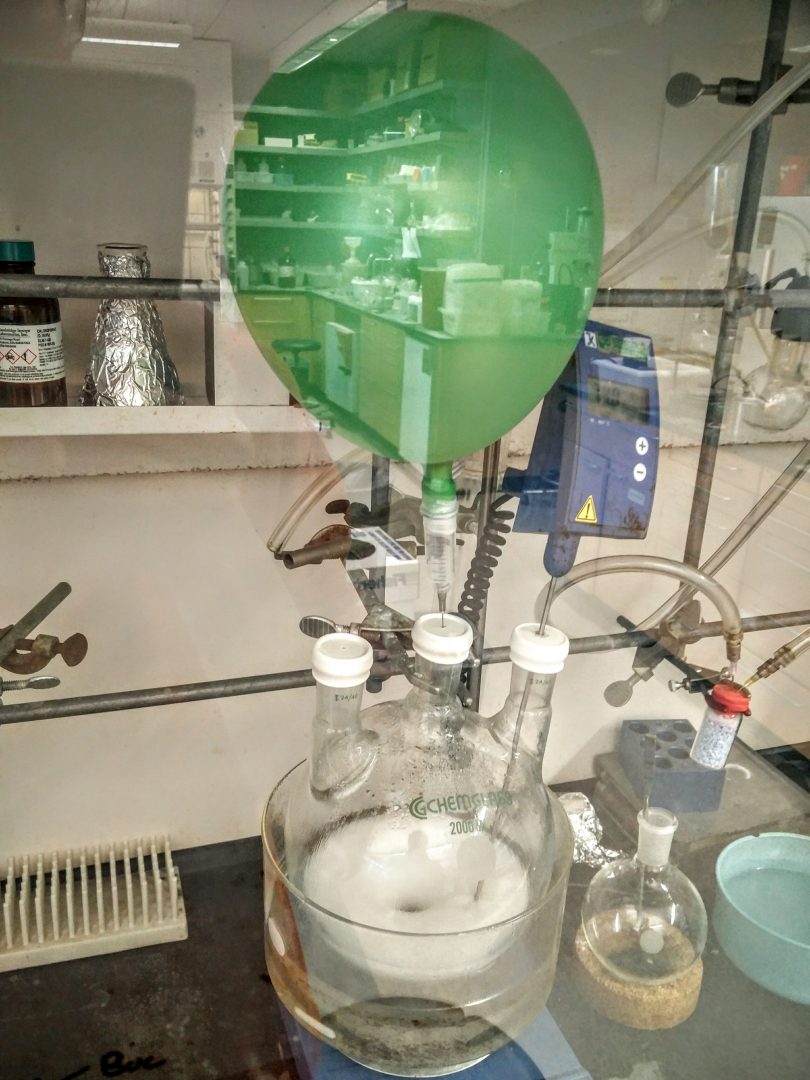 After three months at the current place I am moving to a different house very close by. I will tell you more about it once I have moved.

With Halloween over and Thanksgiving coming up the days begin to become colder. The Californian Autumn still is very mild, and compared to the weather in Switzerland it feels like September weather. The nights feel certainly chilly with 5 degrees, but during the day it still becomes 20 degrees shy. 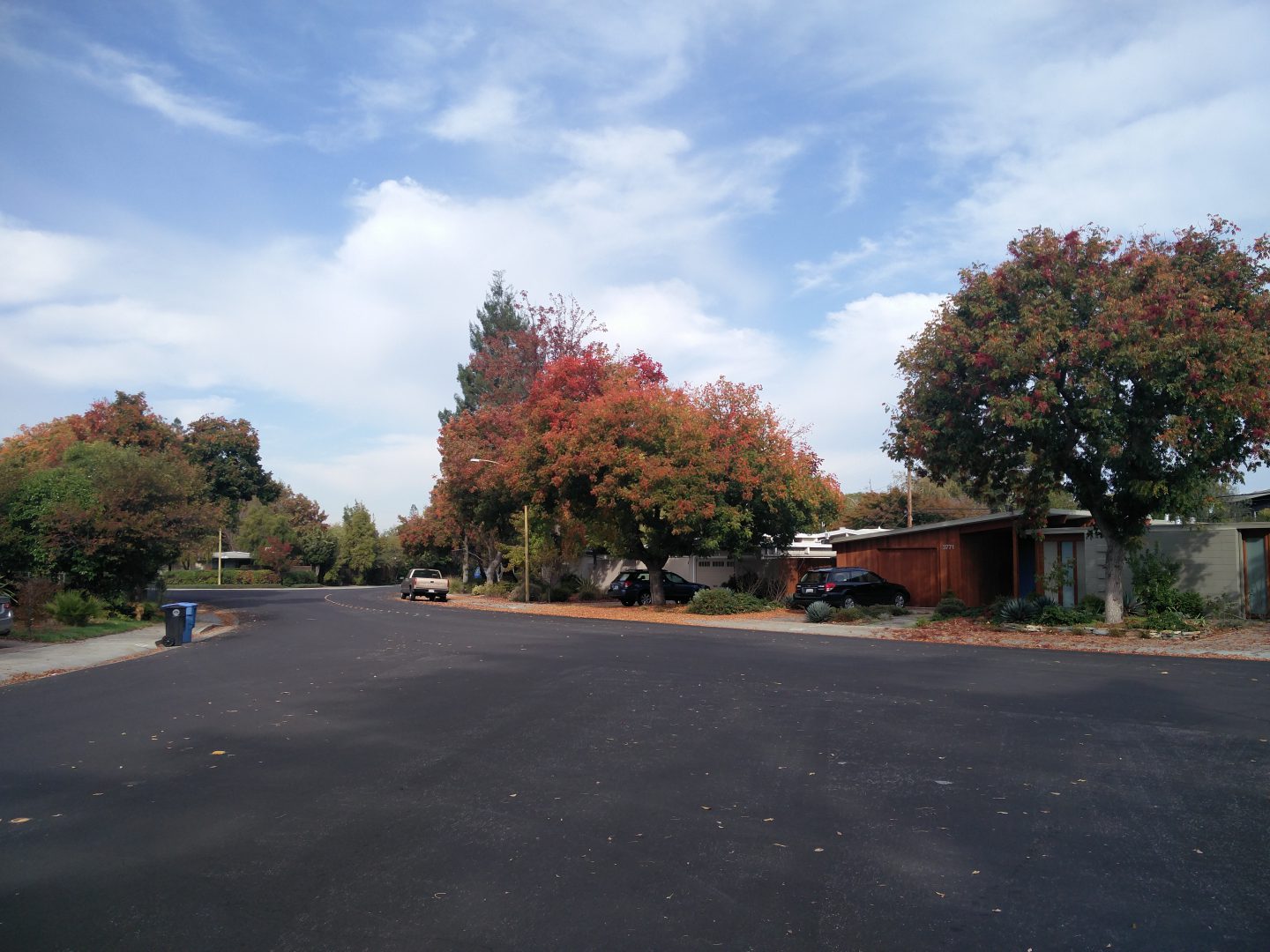 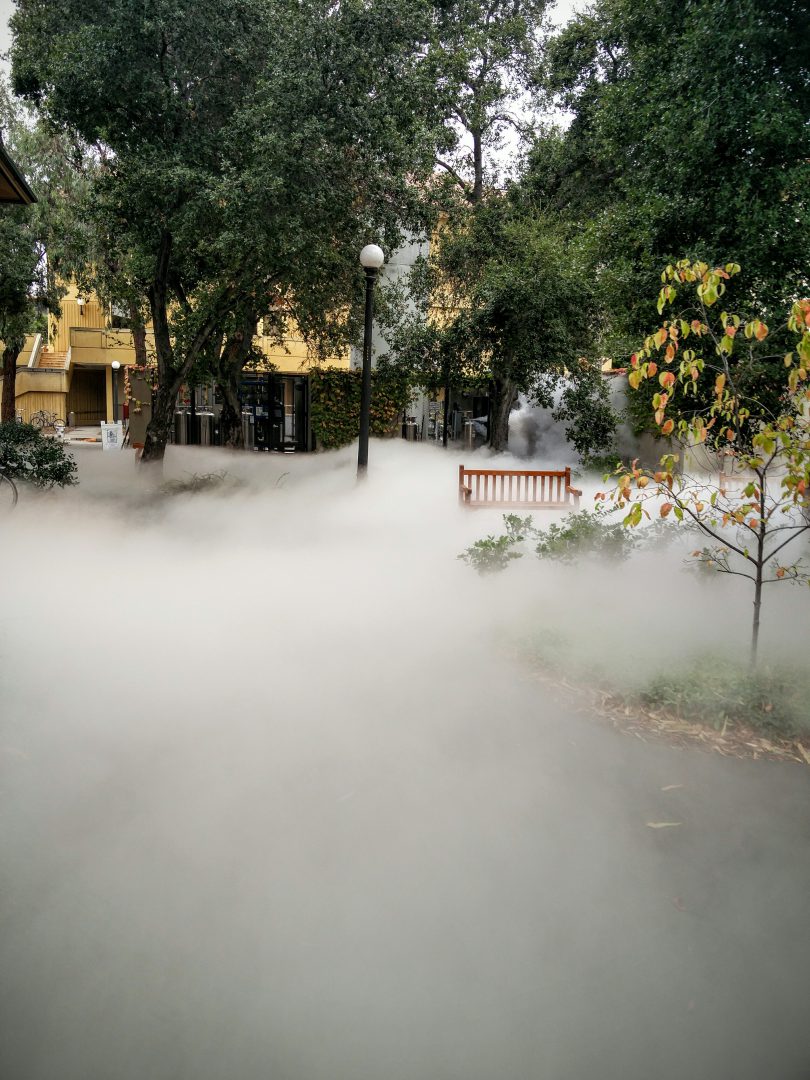 This fog is pure nitrogen which was released from a pressure relief valve on the day of Halloween.

In my free time

…which amounts to every Sunday I continue to make explorations in the area. This time around I biked to Google and took a look around their headquarters. Seeing the infamous dessert statues was a fun experience. 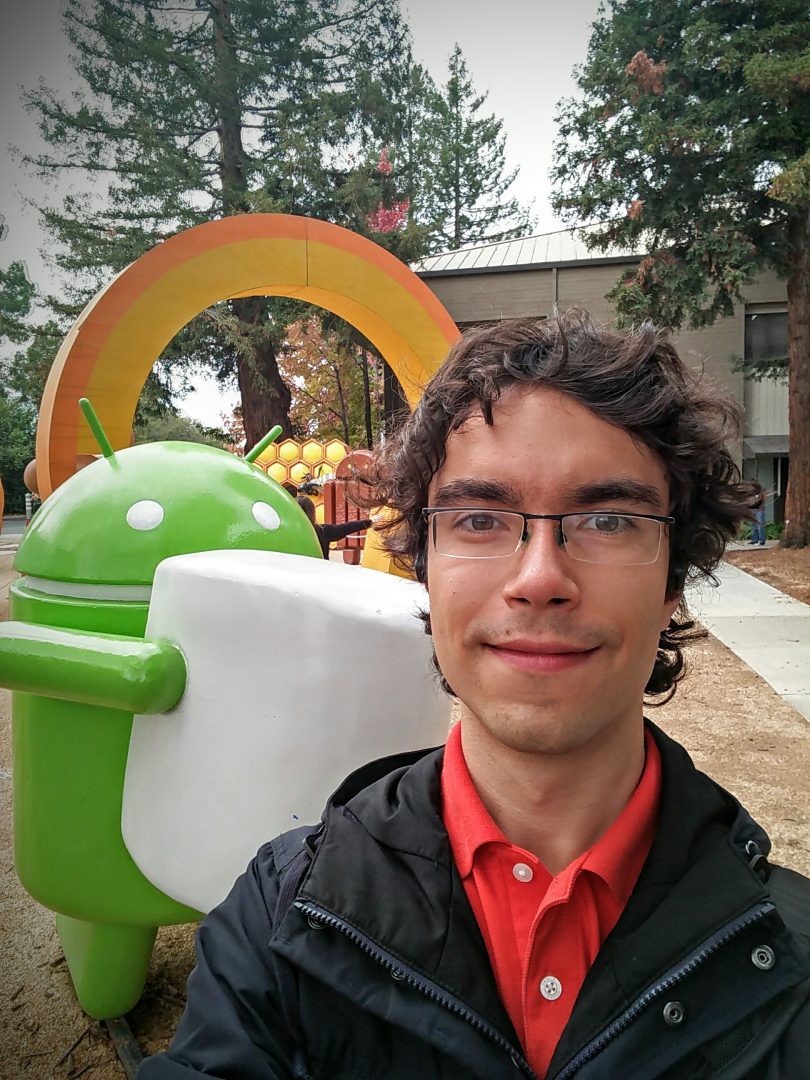 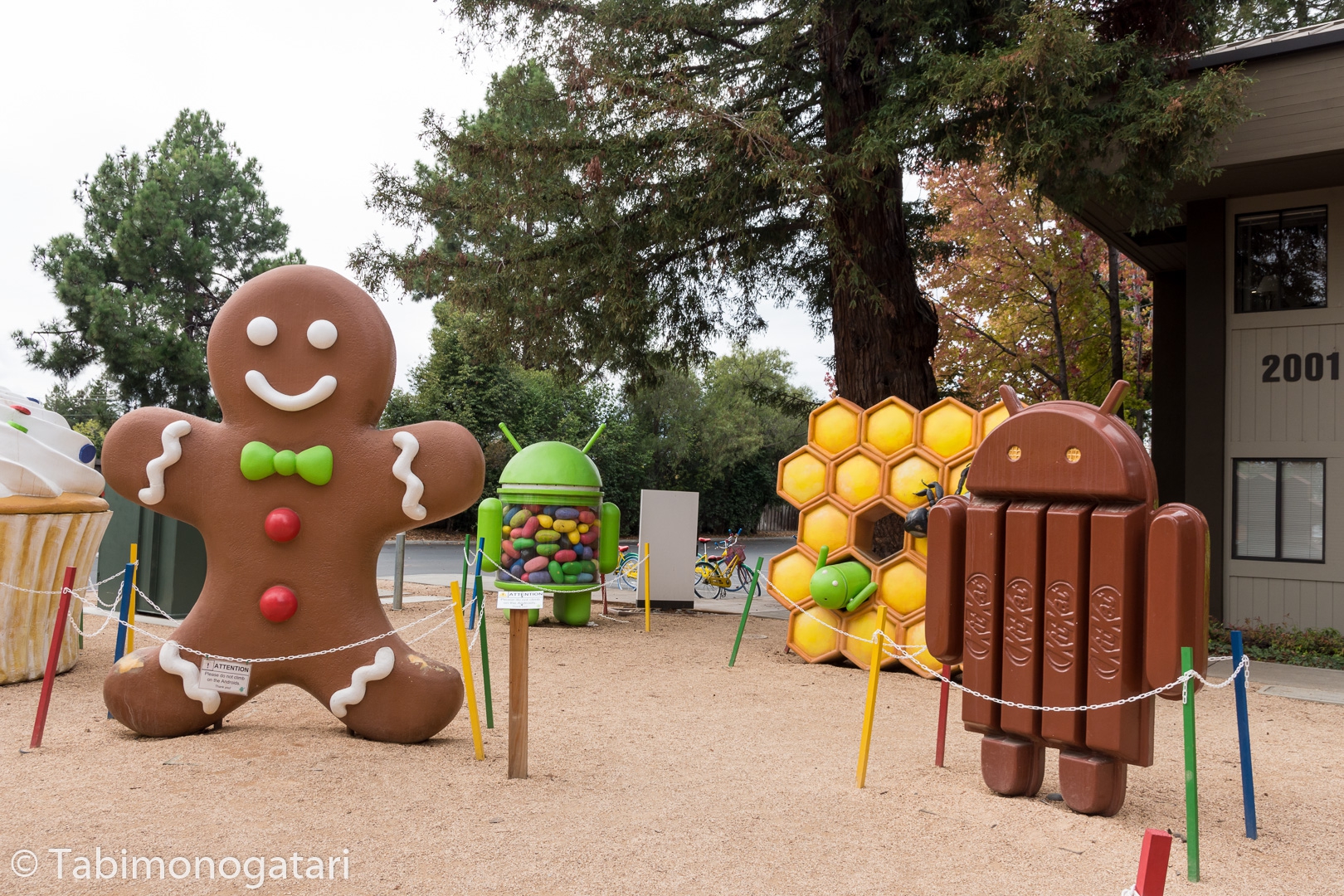 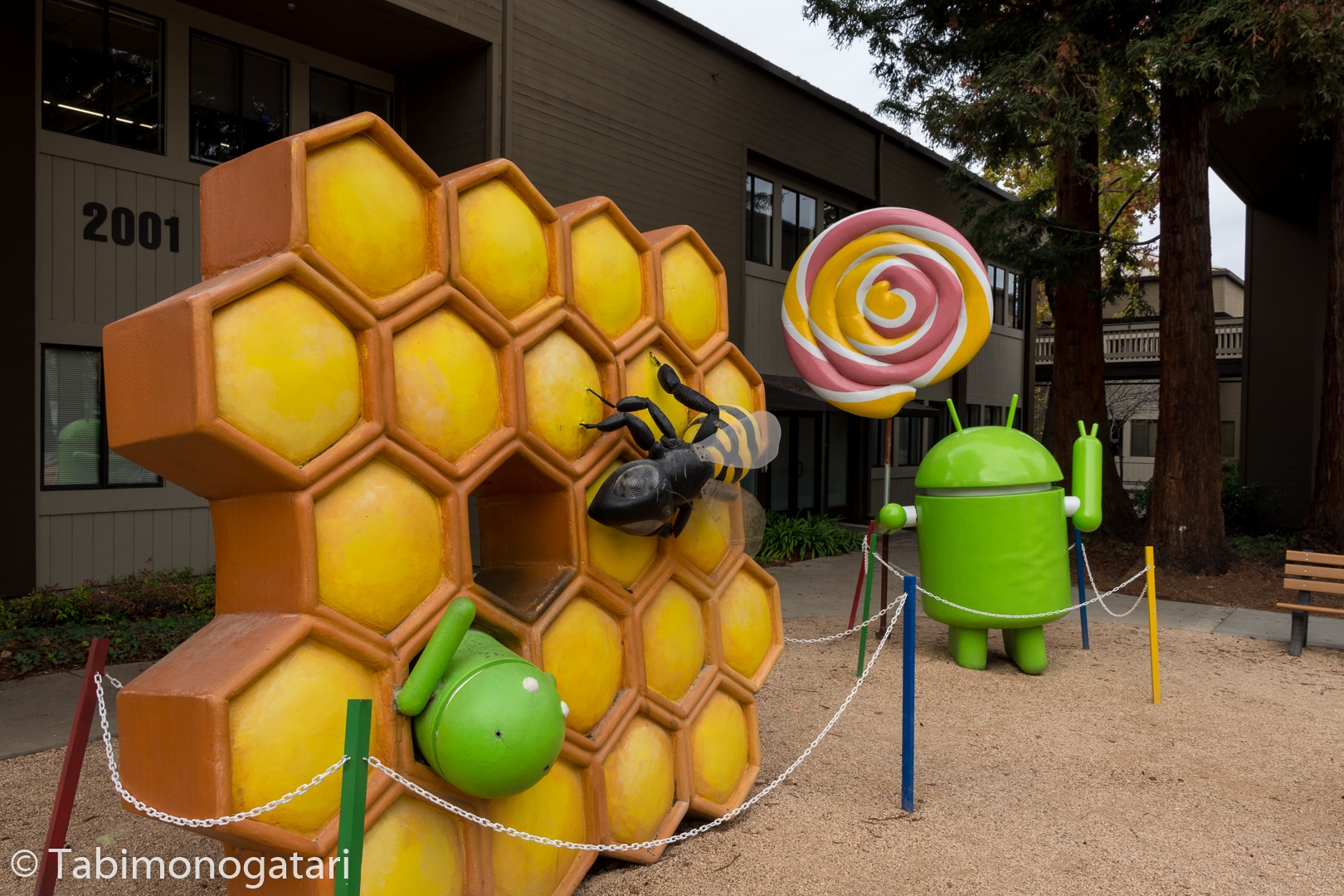 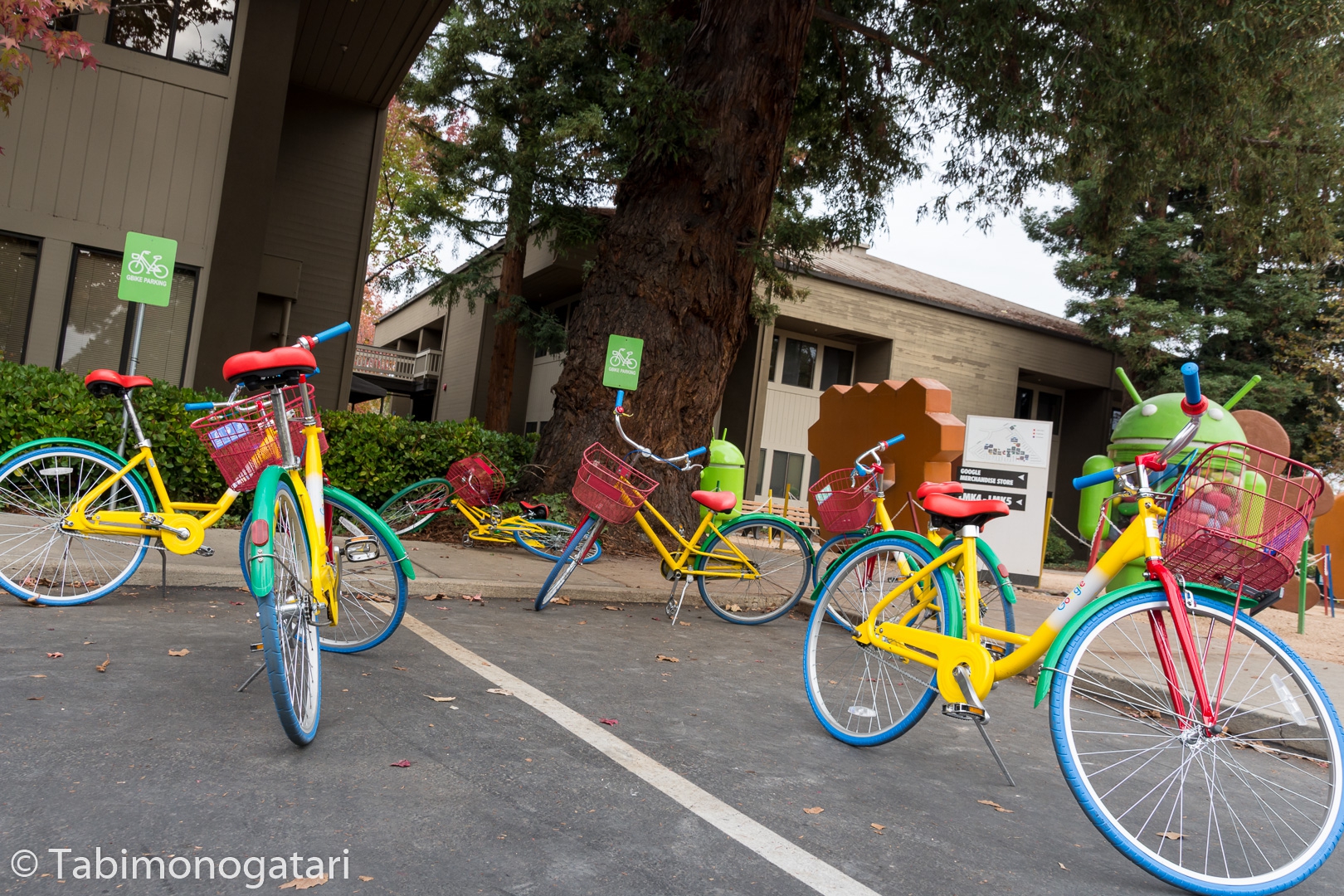 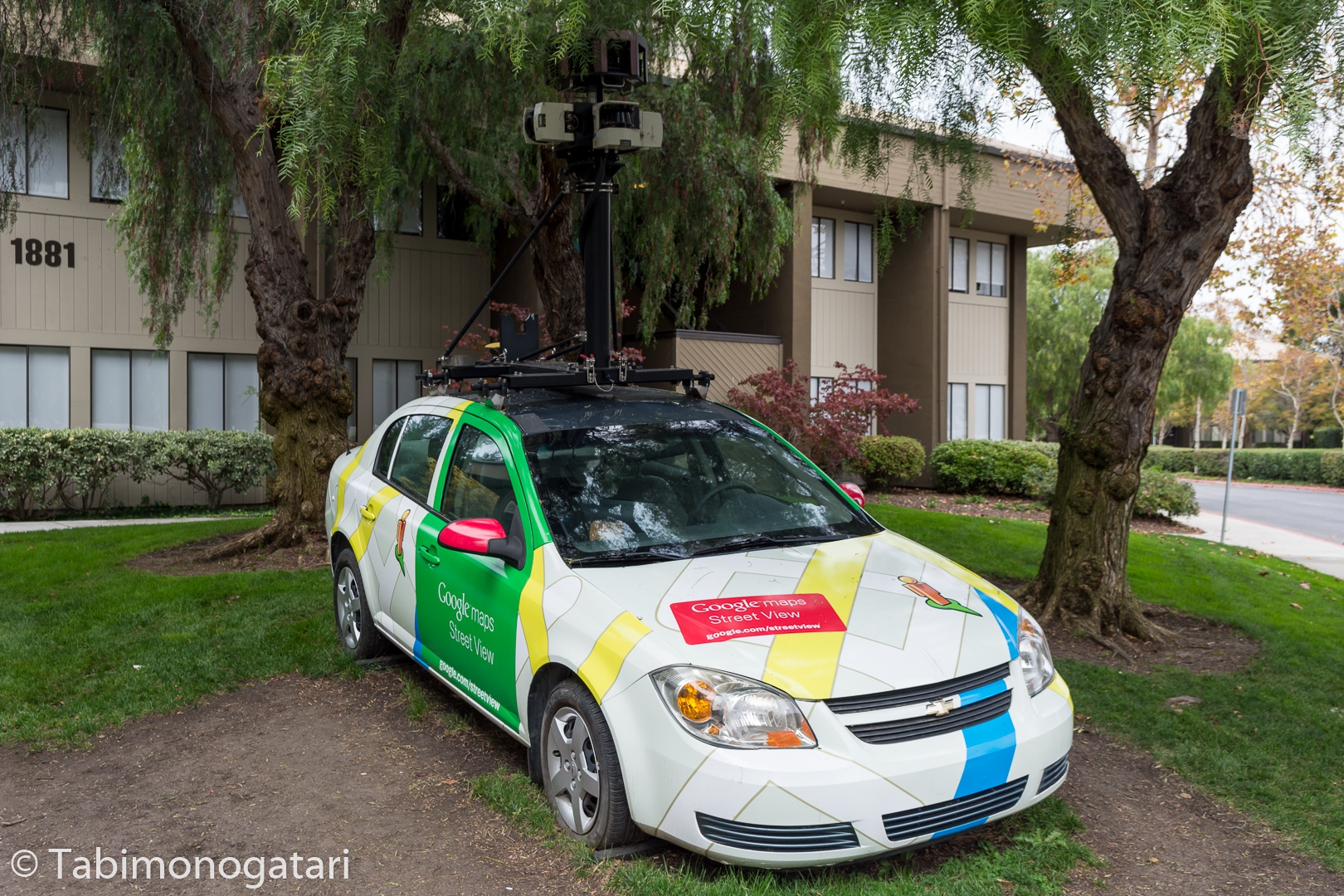 In related news, I still see at least one Google Car every week. Finally I could take a picture of one. 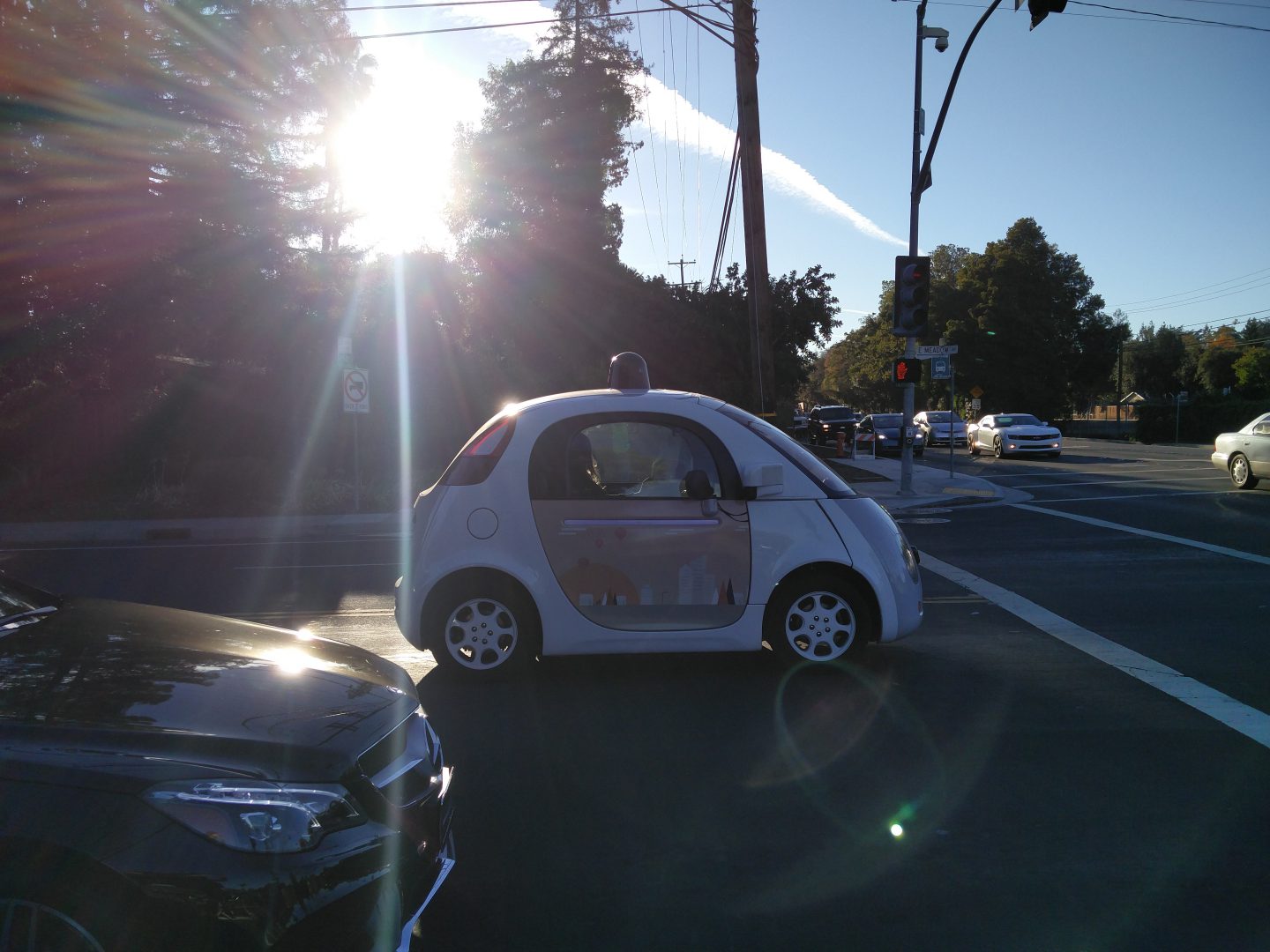 Moreover, I went to the cinema a few times and watched Dr. Strage, fantastic beasts and where to find them, and the second Kizumonogatari movie in SF. American cinemas are in a whole different league with their reclining sofa seats. 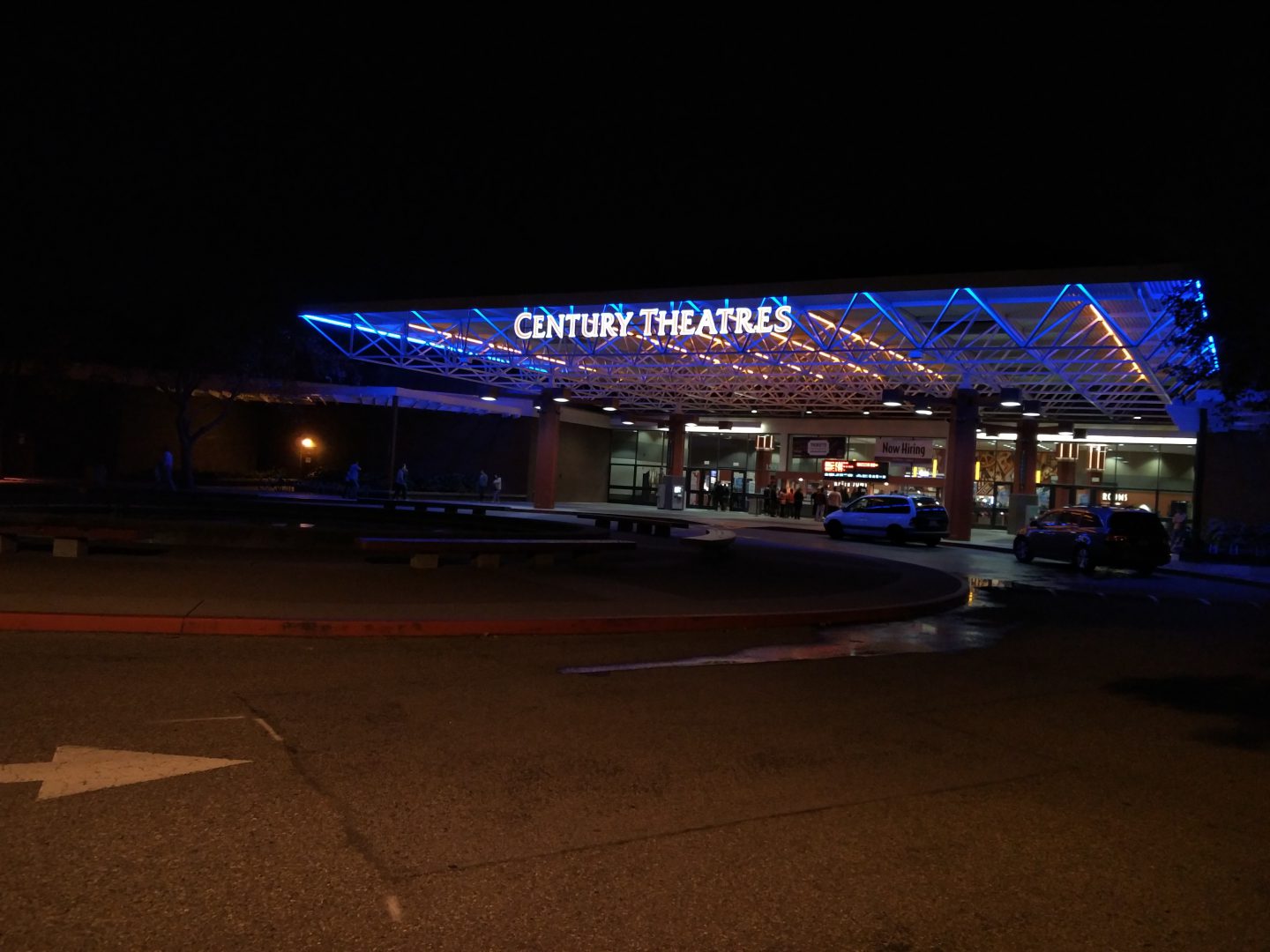 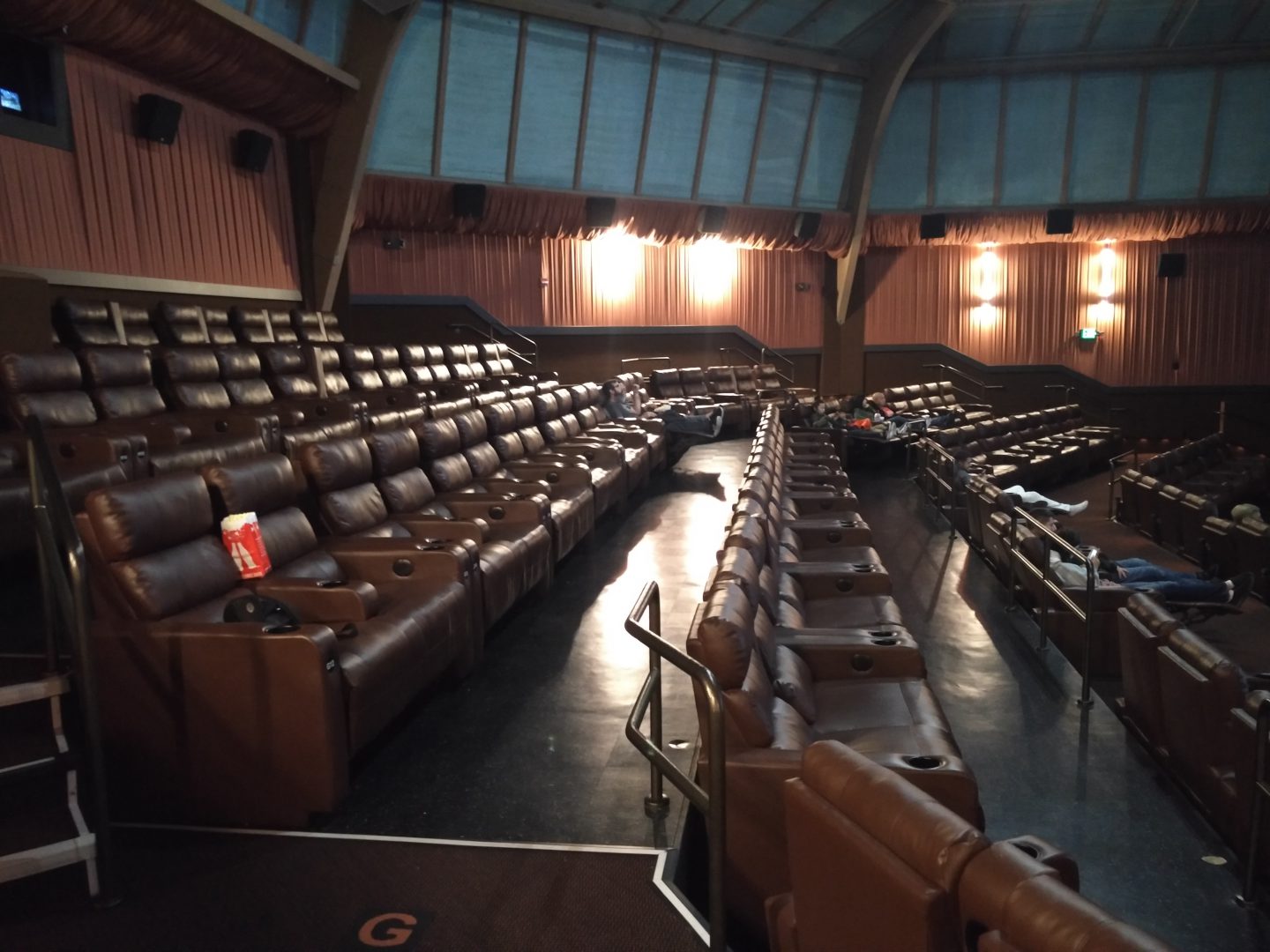 Thanksgiving is coming up and I hope to capture some of the festive spirit that the family festival brings with it. Aside from that I will continue to advance my project(s) in the lab and prepare moving. 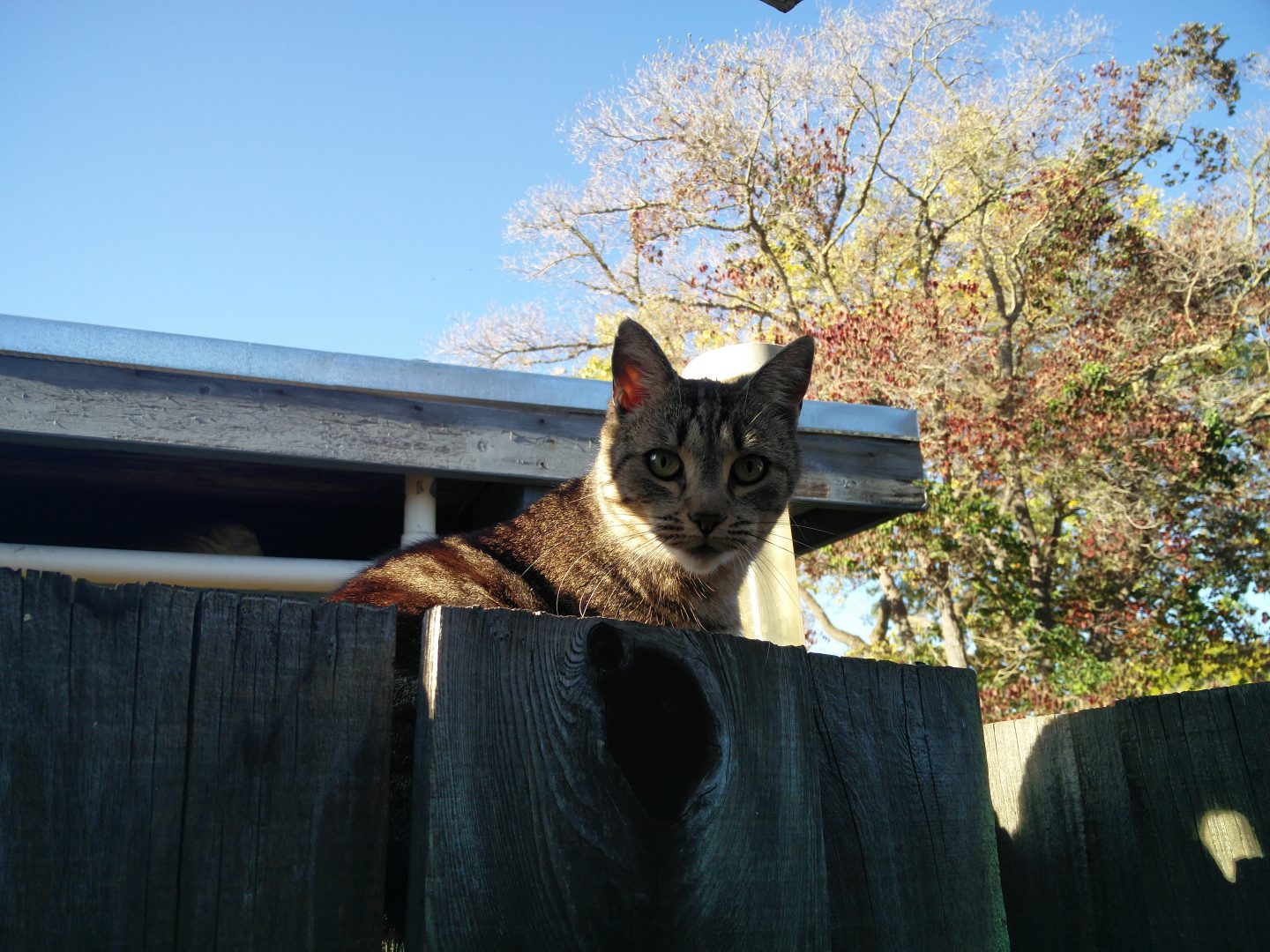 What happened so far