Planning what to do this Sunday was hard. With that I don’t mean that it was hard to come up with ideas for what to do. On the contrary, there were so many events taking place simultaneously around the country, it was hard to decide what to do.

In the end, I decided to attend the Winter 2020 Wonfes (Wonder Festival) in Makuhari. This large scale event is all about figures. In some ways it is similar to Comiket, but also is different in other ways. The event is divided into two parts. In one area all big companies announce and showcase their newest products. In the other, individuals and small companies sell garage kits that they produce on their own. With these, you have to assemble and paint the figure yourself, but this allows one to obtain rare figures that are not produced in large quantities.

The event took place at Makuhari Messe, a fair ground in Chiba, east of Tokyo in Chiba. Amusingly, it is located close to Disney Land which also attracts a fair amount of visitors every day.

In contrast to Comiket, this event is not free and to enter you must buy the catalog, which serves as entrance ticket. Basically it contains a list of all the booths and some practical information.

Inside I met up with the three friends I met earlier in Tokyo and we explored together. 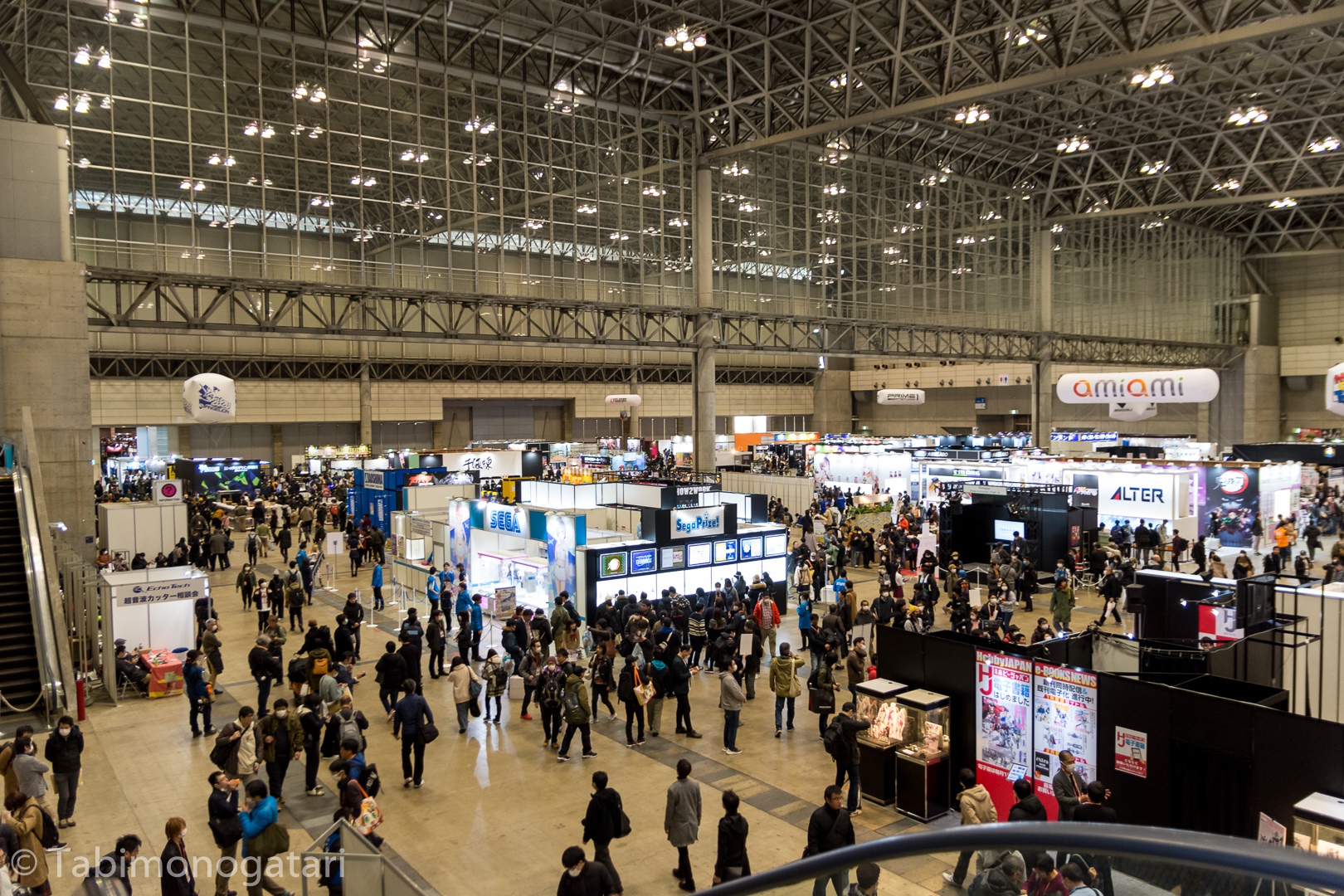 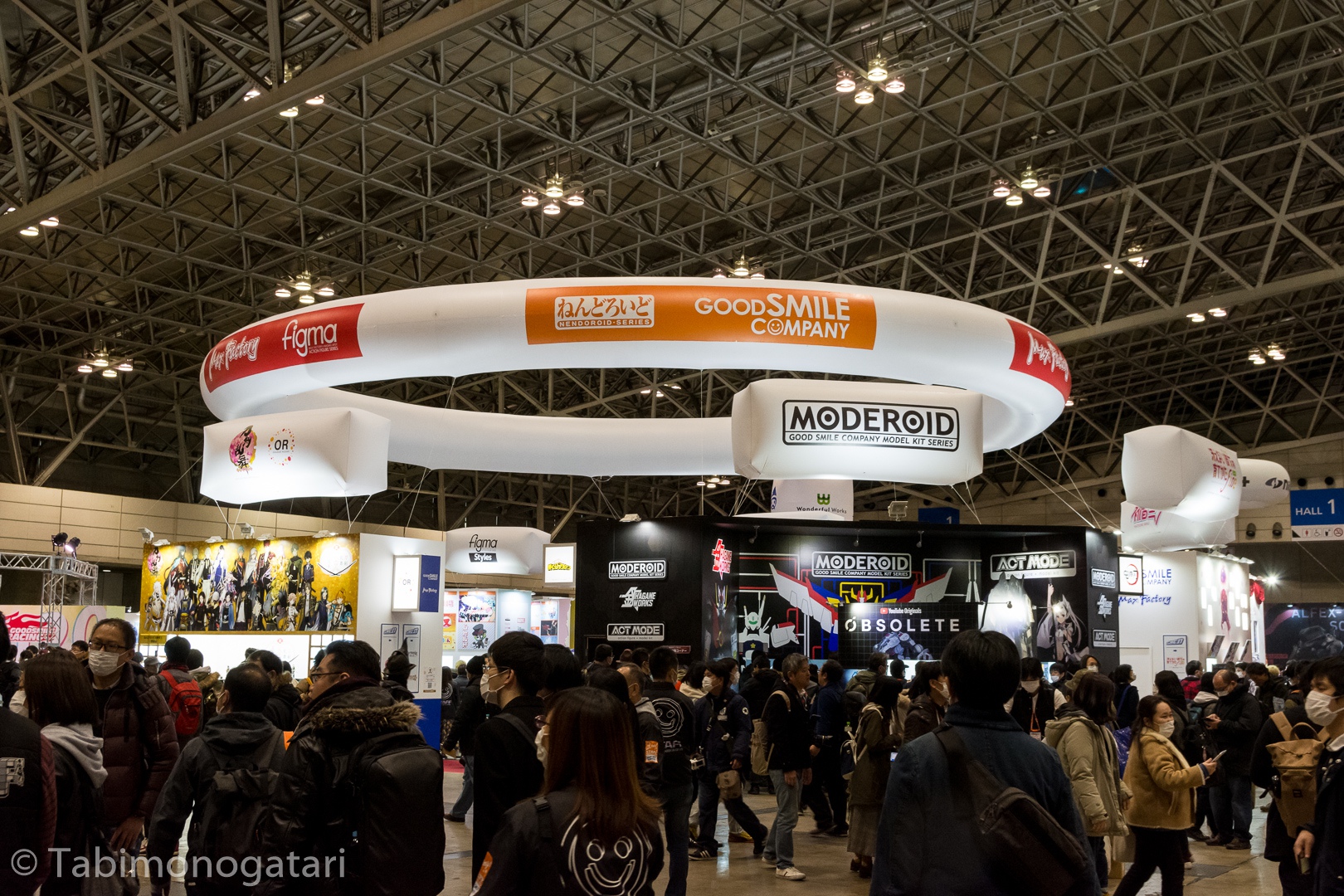 All kinds of figures and related products are showcased here, far beyond anime-related ones. For example, there were also model kits, accessories, masks and tools for working with garage kits. 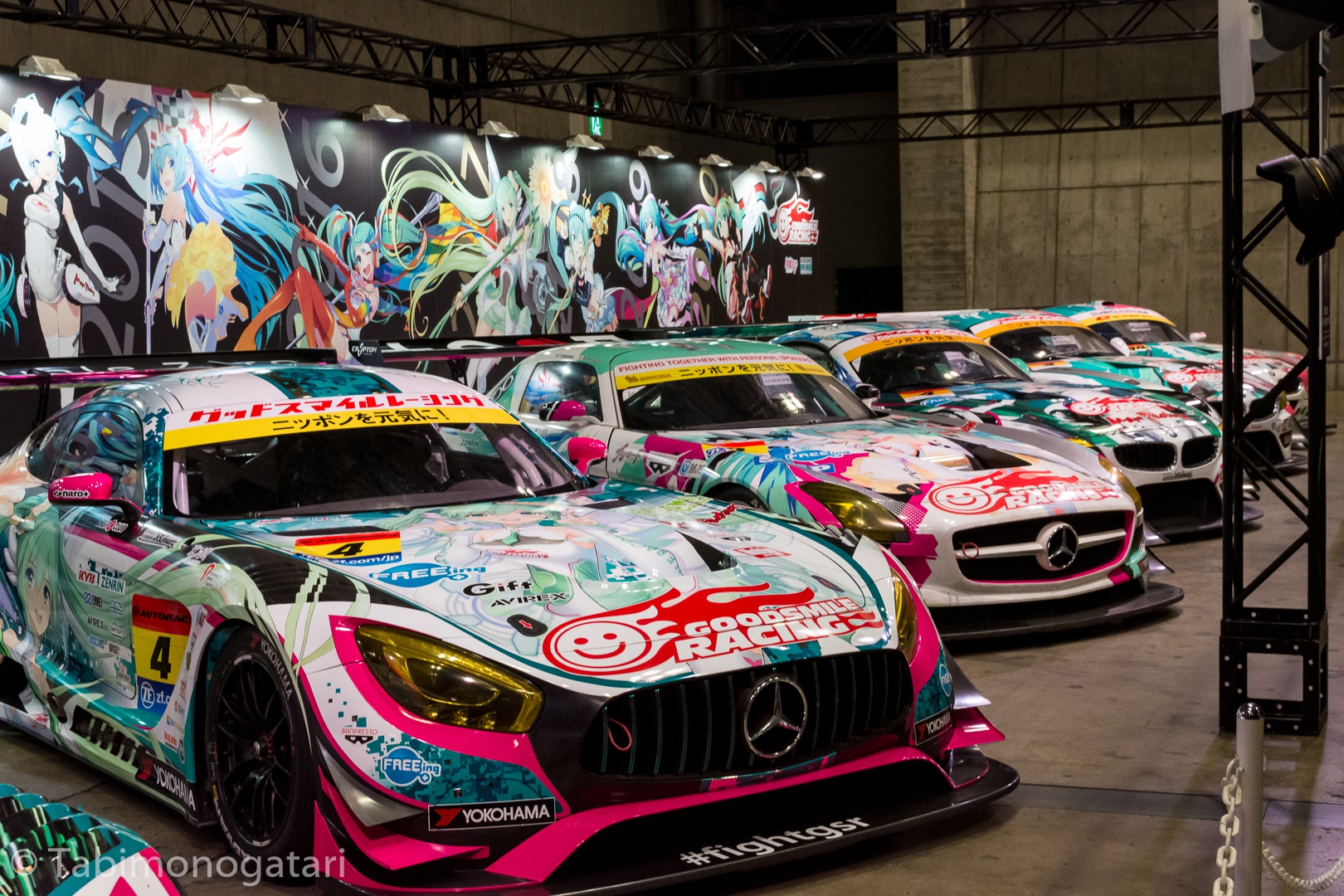 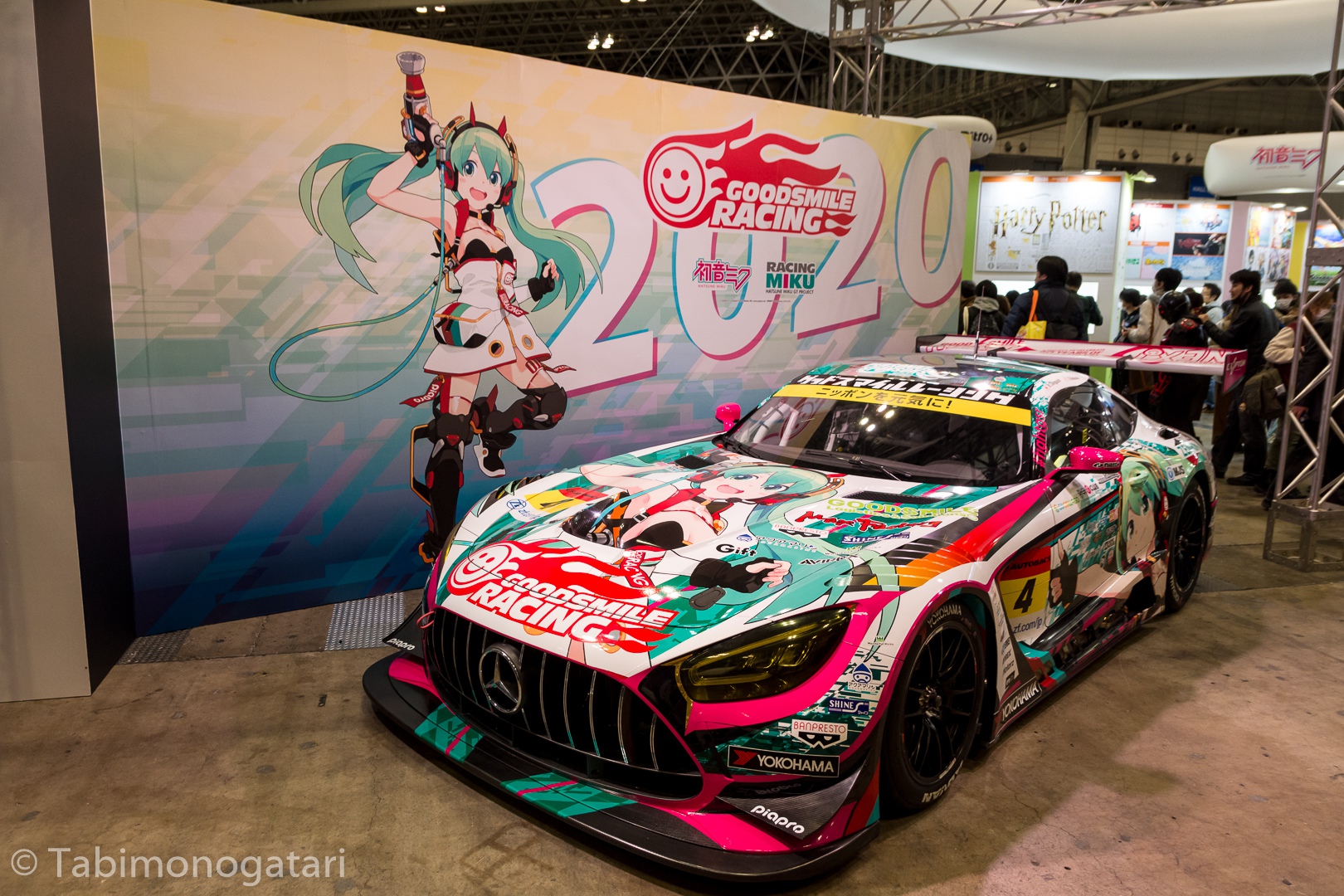 There were also some cosplayers, but it was not the focus of the event.

In summary, the event was fun to witness and showed me another side of fandom in Japan.

Right next to the exhibition halls, a concert was about to begin when I exited. I knew exactly which one, because I tried to obtain tickets for it. Unfortunately, I did not win the lottery (common way to apply for tickets here) and could not see singer LiSA. 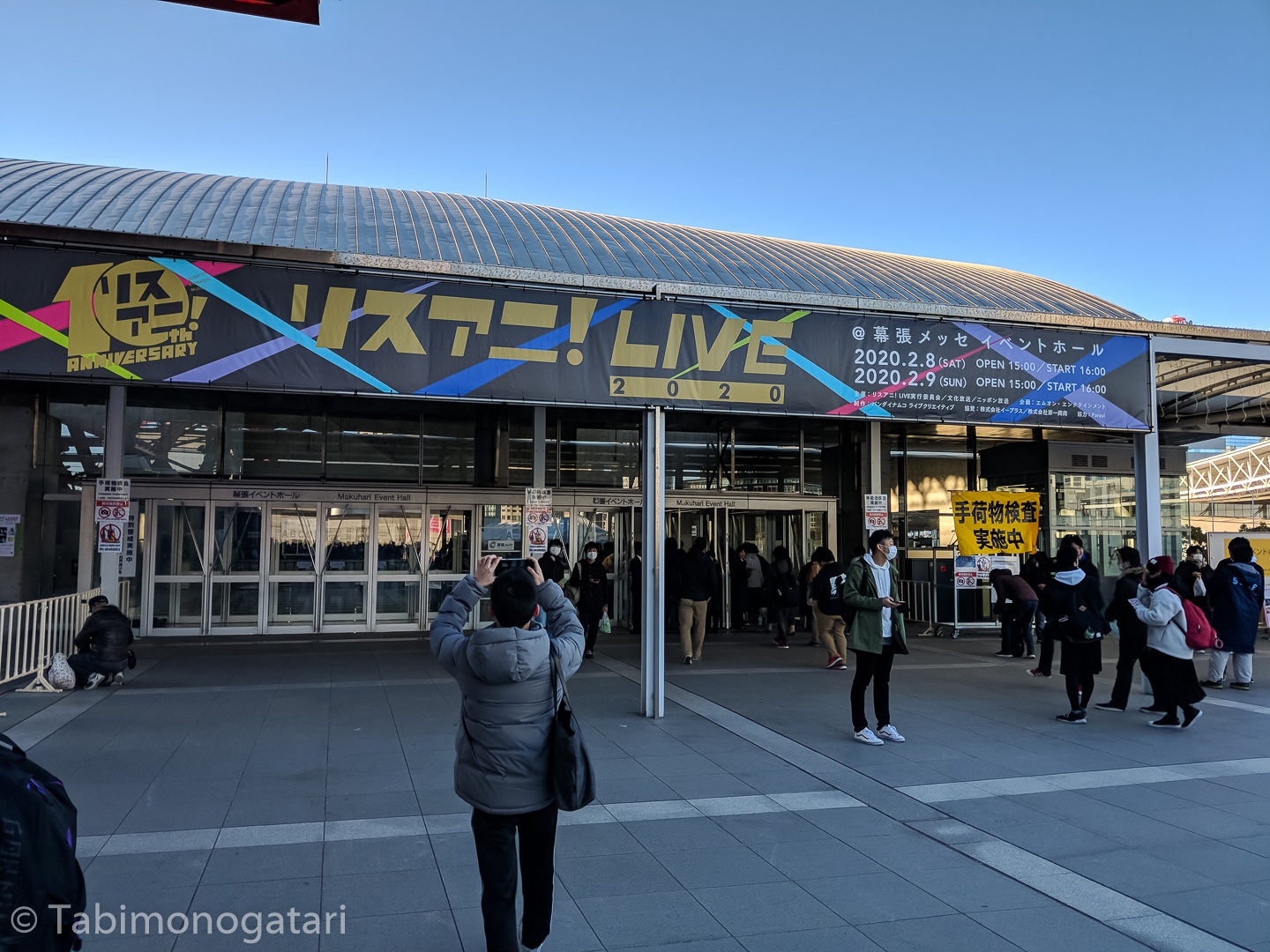 In the late afternoon Jasmin and I returned to Tokyo. We agreed to having sushi in Akihabara. We both knew a nice restaurant inside the Yodobashi Camera building which was kaiten style. The selection was great and one could easily order with a tablet. Each plate of two pieces costed between 150 and 450 yen (1-4 Euros), so I had plenty until I was satisfied.

Of course I had to take a few pictures of the main street before leaving. 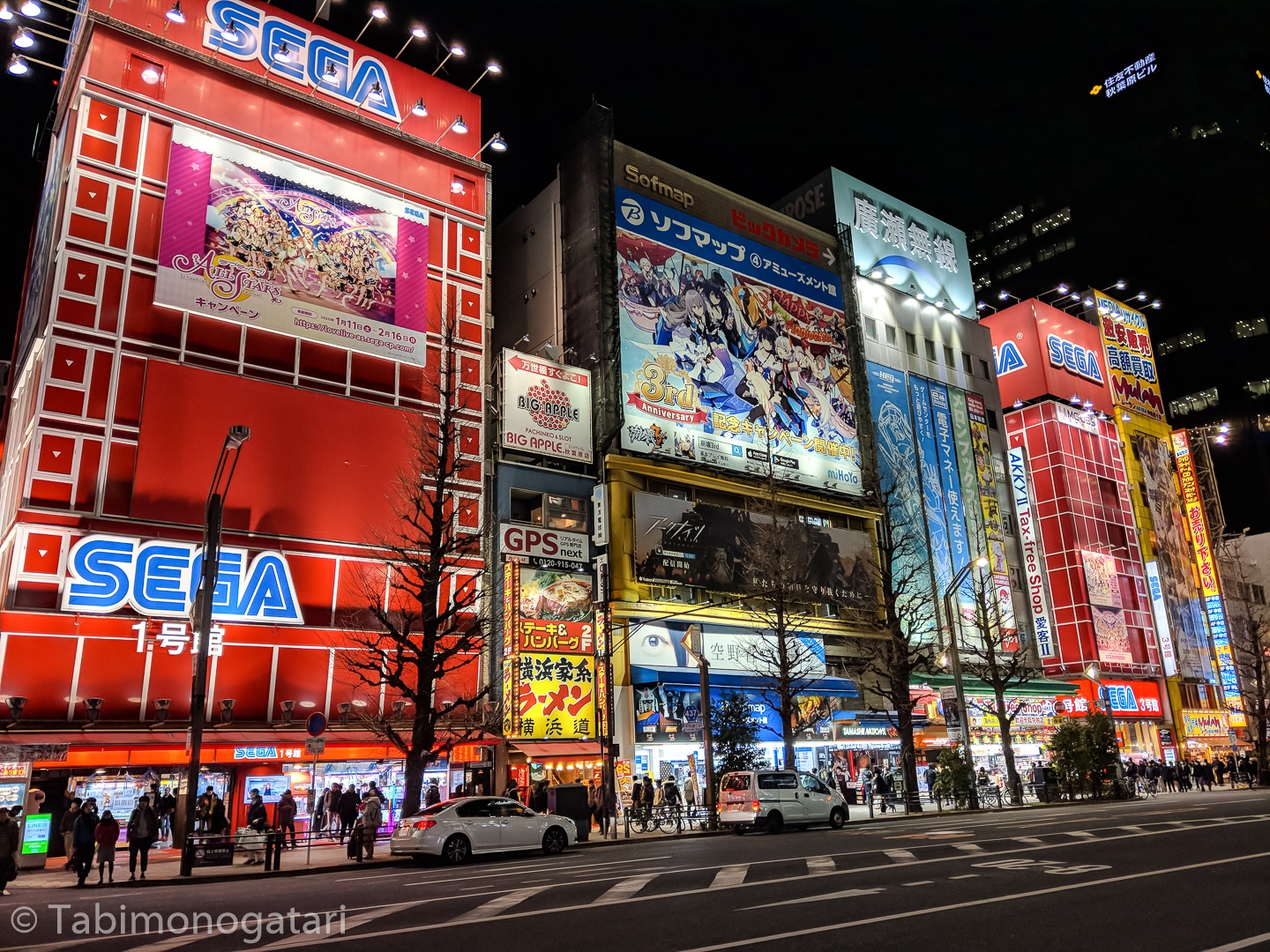 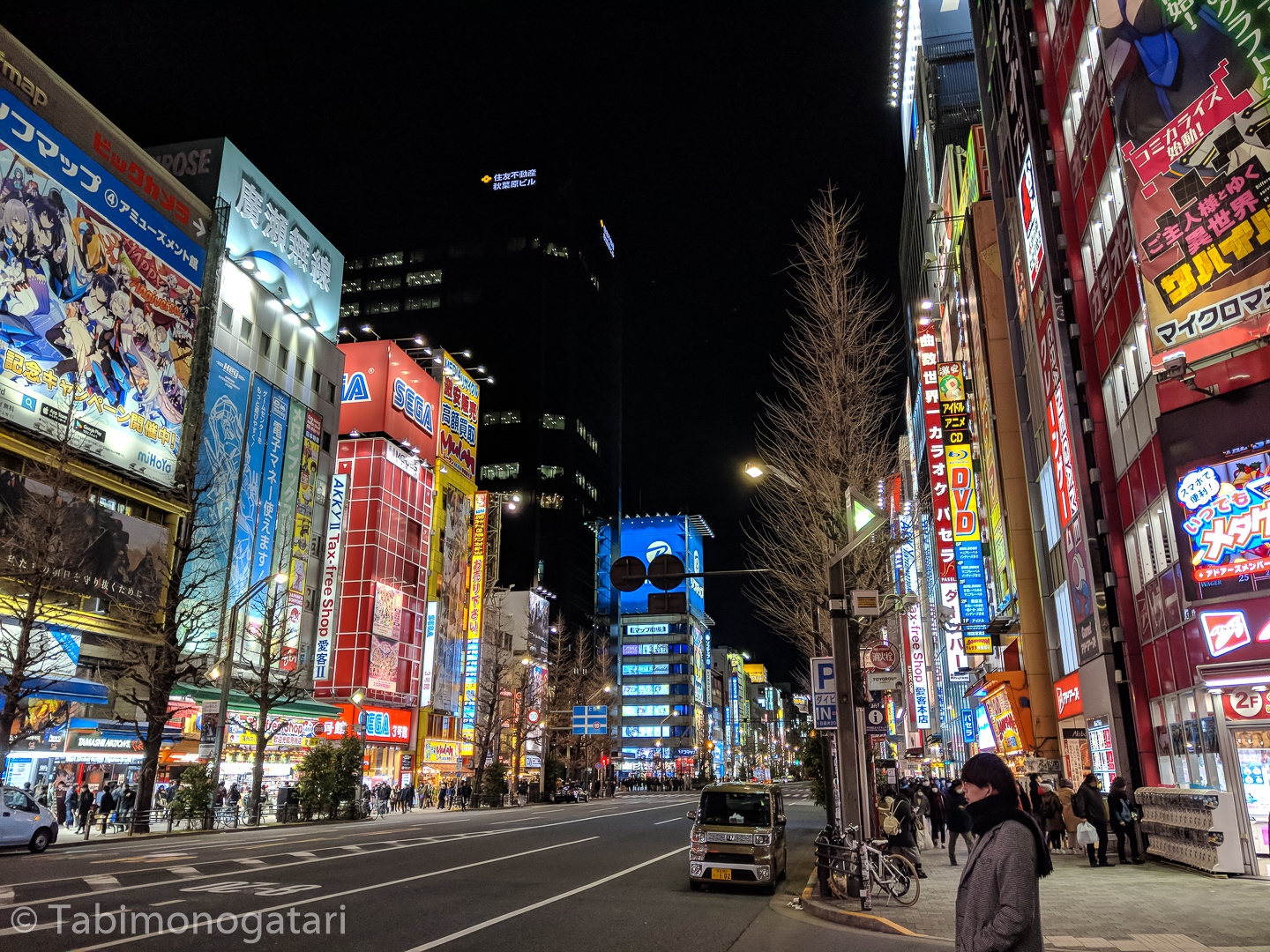 For the last evening in Tokyo I still had many things in mind to do, but settled with visiting the second TeamLab exhibition in Odaiba. This one, called Borderless, is the permanent one inside Venus Fort. Earlier I visited the second one, Planets, in Toyosu.

While the concept, immersive interactive artworks founded on high technology, was the same, the nature of the exhibits were different. Overall larger in size, there were two main areas one could explore. For one, the Borderless World offered several interactive projection-based artworks. In addition, the Athletic Forest, encouraged to engage physically. There were installations in which you could climb, slide and jump. In parts it reminded me of a grand playground. I found that this area is well suited towards families as well. One interesting part was the drawing area. There, one could draw or doodle something with normal color pens and the finished art was then scanned. Doing so, the animals became alive and swam over the whole exhibition floors (all the walls and the floor are being constantly projected on). 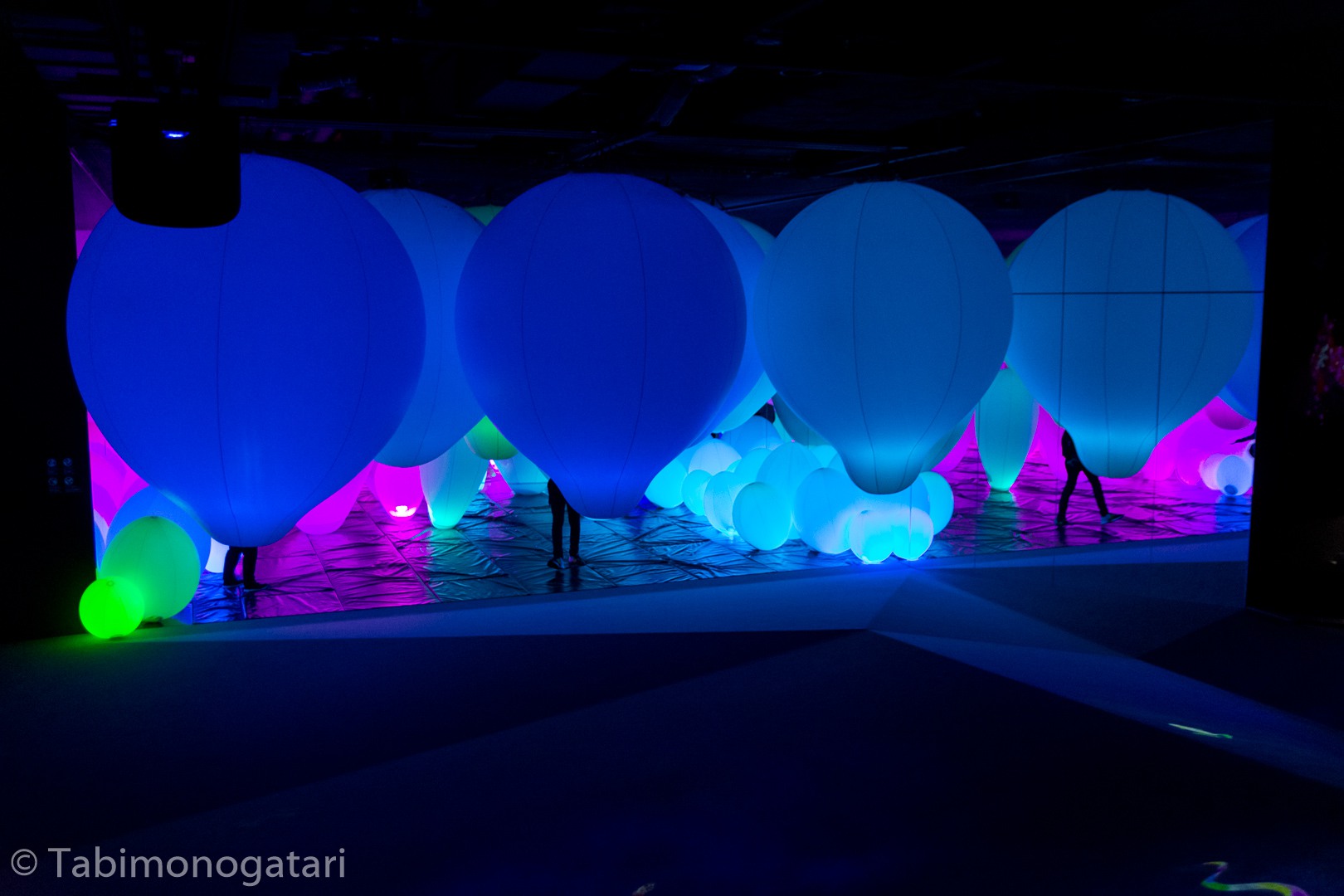 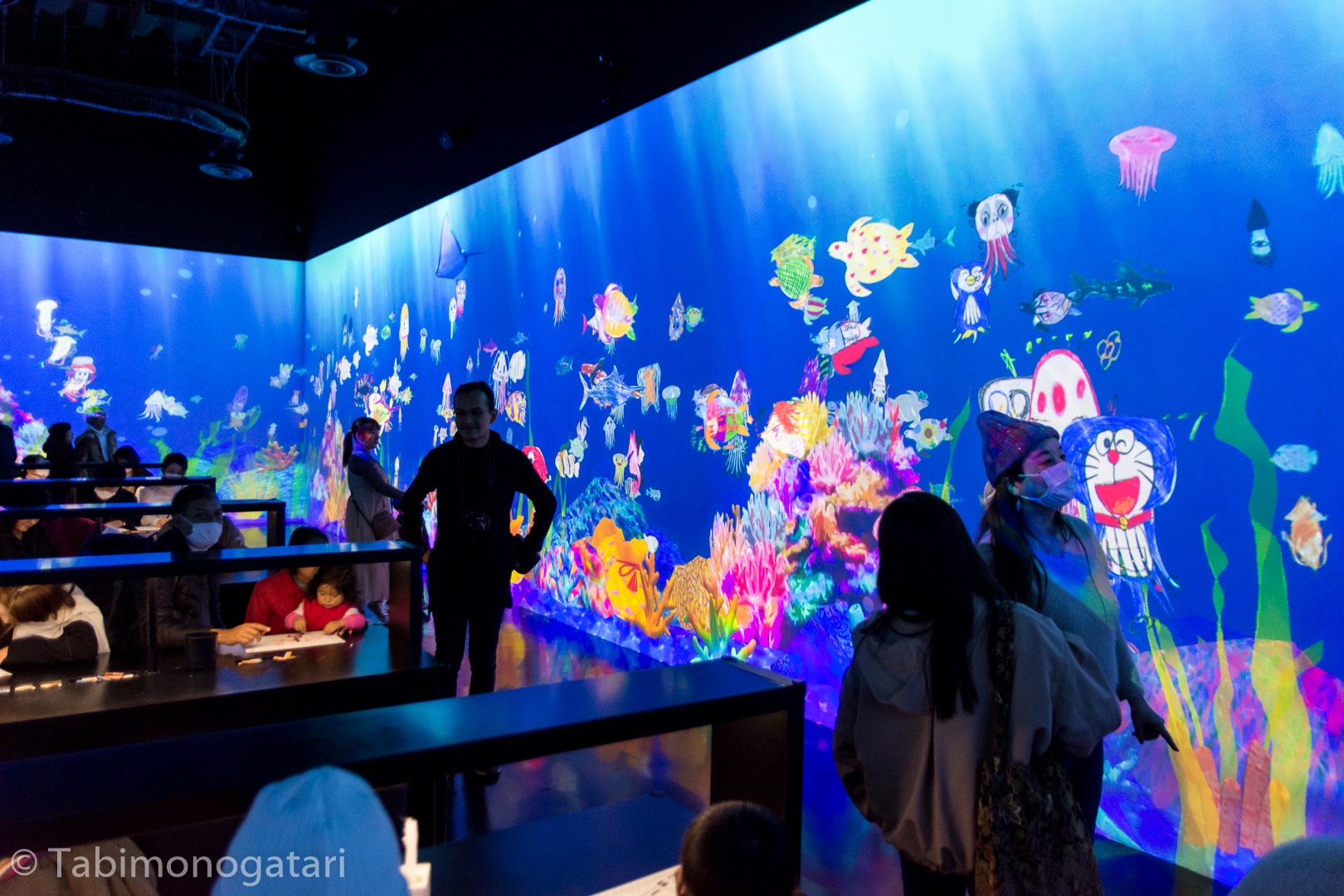 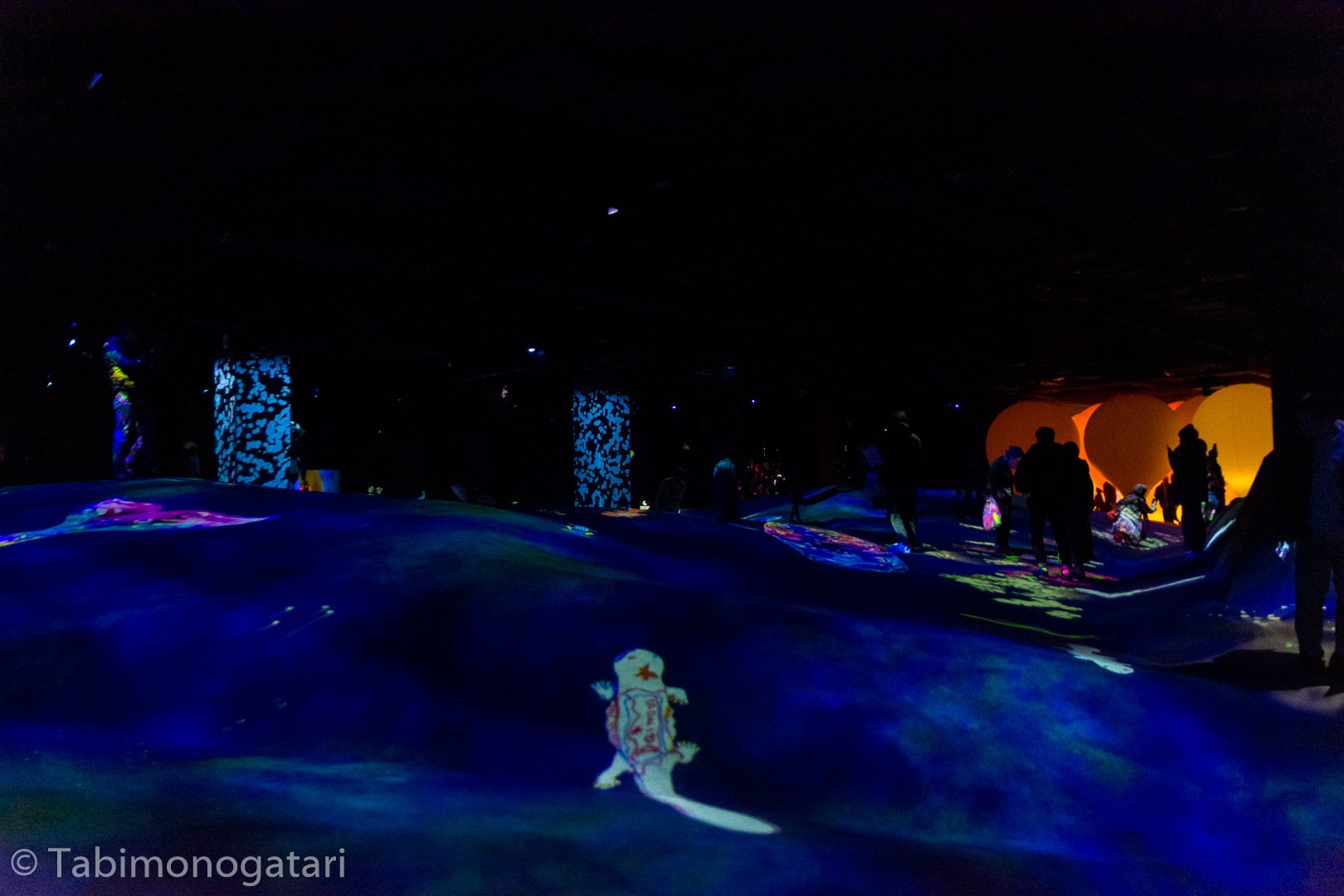 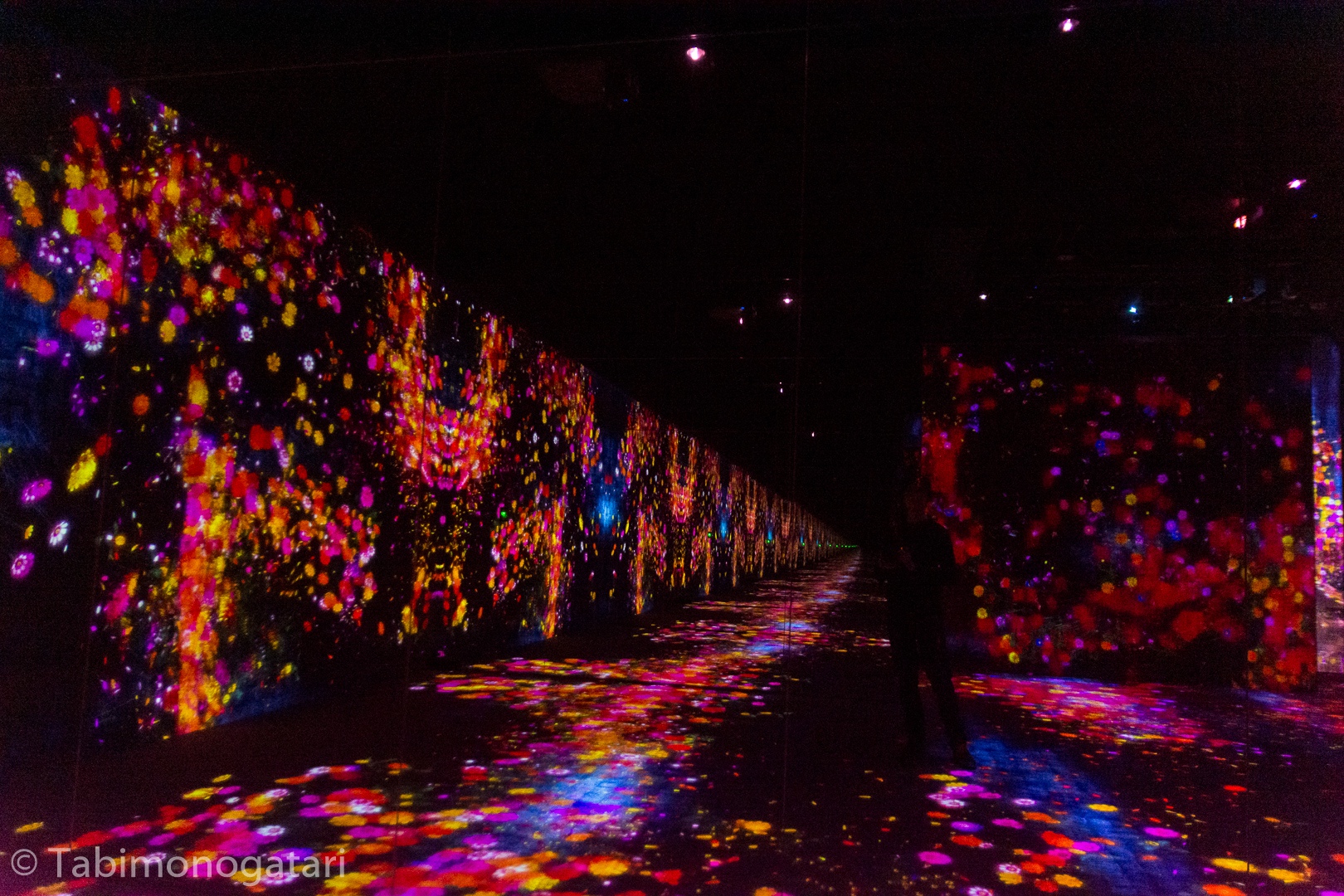 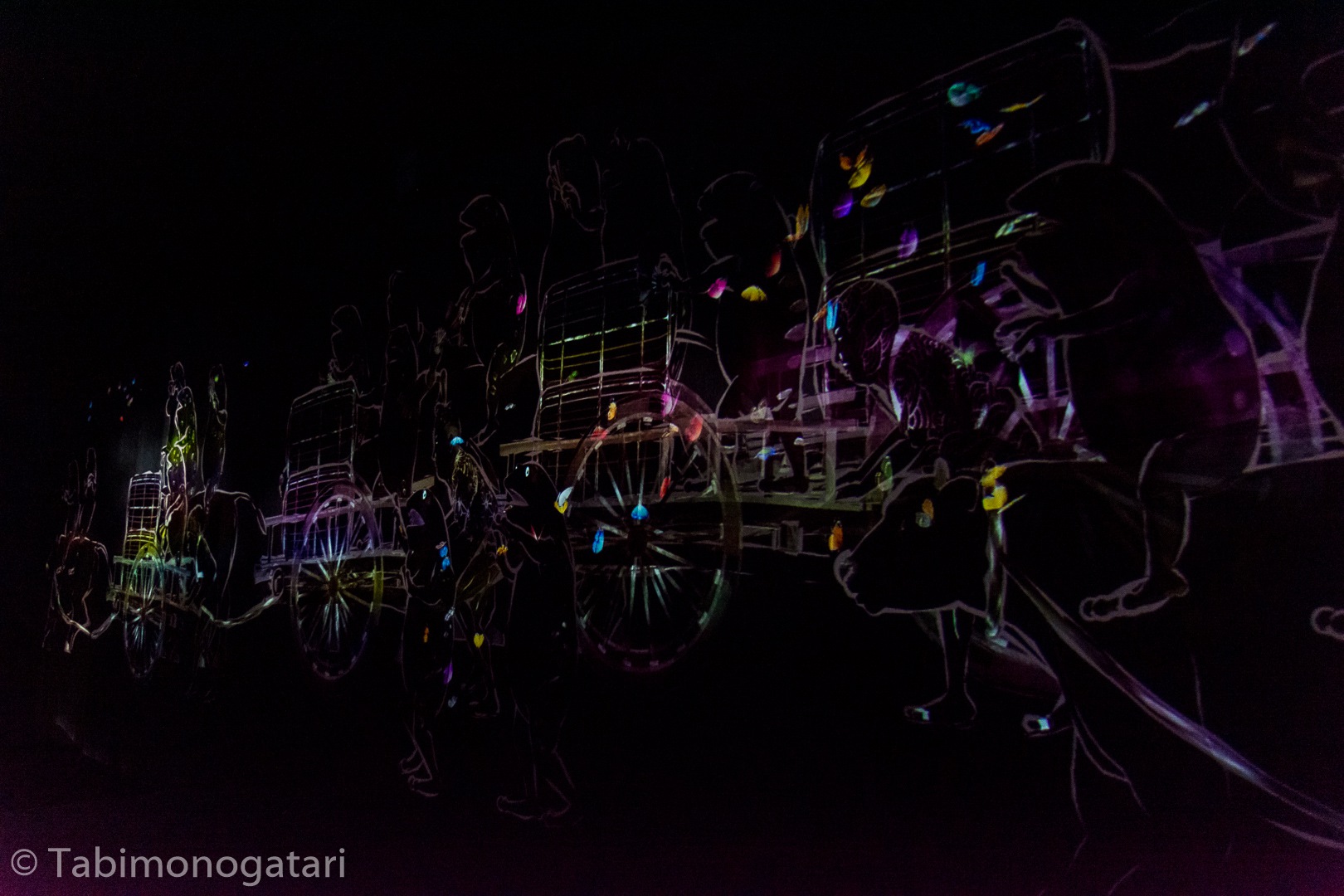 After this, I ventured on to Shibuya. The area is in constant redevelopment and new skyscrapers rise up to the sky in record speed. Recently, the Ginza subway line was moved from underground to an above ground within one night. Also, the brand new Shibuya Scramble Square Building did not exist two years ago when I last checked. The biggest attraction there is surely the sky deck which I could not leave out. It is open until 11 pm, so I could still go even though it became late.

From the top floor one can further ascend on the roof top by escalator where a breathtaking night view waited. While the building is not necessarily higher than to example the Mori building (45 floors, 245 m), the unobstructed view reaches far in all directions because there are not many skyscrapers in this area. Especially the bird view on the Shibuya Scramble Crossing was nice. 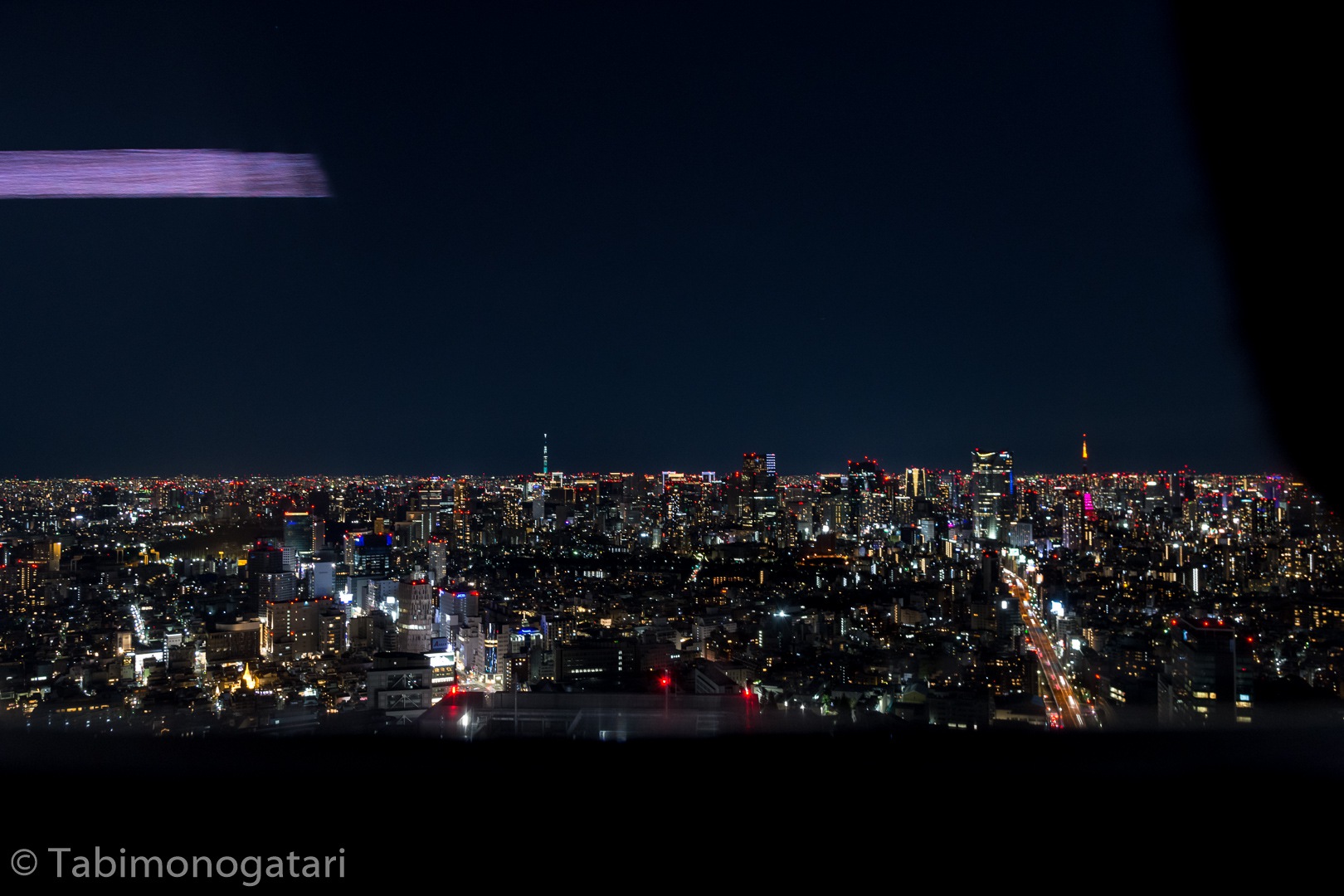 Given the time of the year, it was very cold and strong winds blew, so I did not want to stay up there too long. There were many great photospots and cool places like hammocks but the queues for these can become long.

With these fond memories I was ready to depart Tokyo and leave for the Tohoku region. I have been in Sendai before, but there are still many places I want to see in this region.