On day two I visited the Comiket for the first time, saw a firework display and enjoyed some ‚B-class‘ cuisine.

My second day started leisurely with breakfast at Matsuya, a beef bowl fast-food chain. However, I did not order the signature dish but a breakfast set consisting of a bowl of rice, miso soup, a whole egg and a piece of fried mackerel (saba). As you can see eating raw eggs in Japan is nothing unusual. Actually I like the taste of an egg mixed with hot rice. 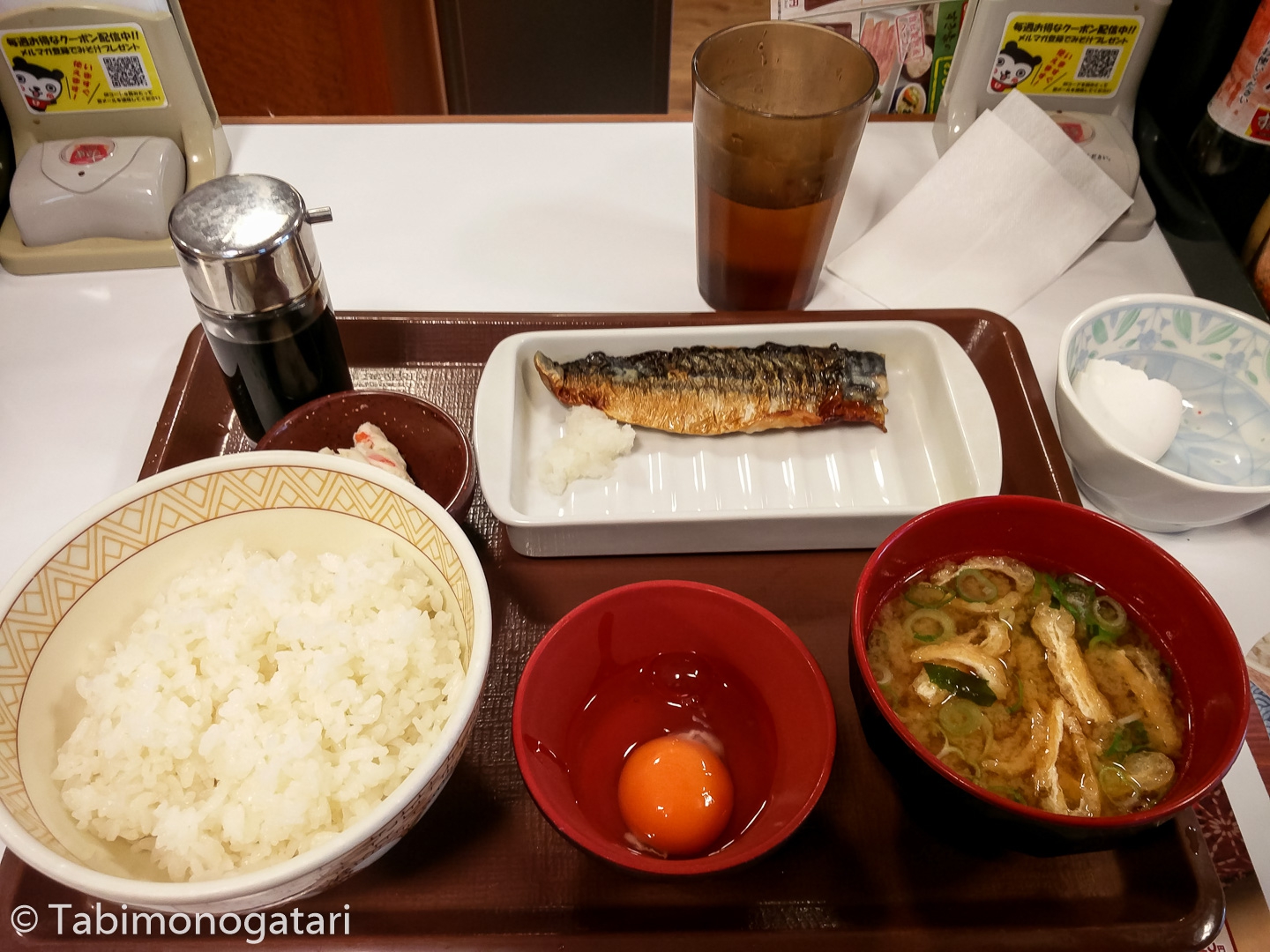 Then, I headed to Odaiba to attend day two of the 93th edition of the Comiket Market, or better known as Comiket.

In the interest of time I will skip the explanation of the event and jump directly to my impressions. For your orientation I have attached the map of the venue. At 10 am the Rinkai line train was not terribly full and I could exit the station in an orderly manner. From there on I walked a couple of hundred meters to arrive at the end of the queue. Of course, I had to take a photo of the iconic scene. 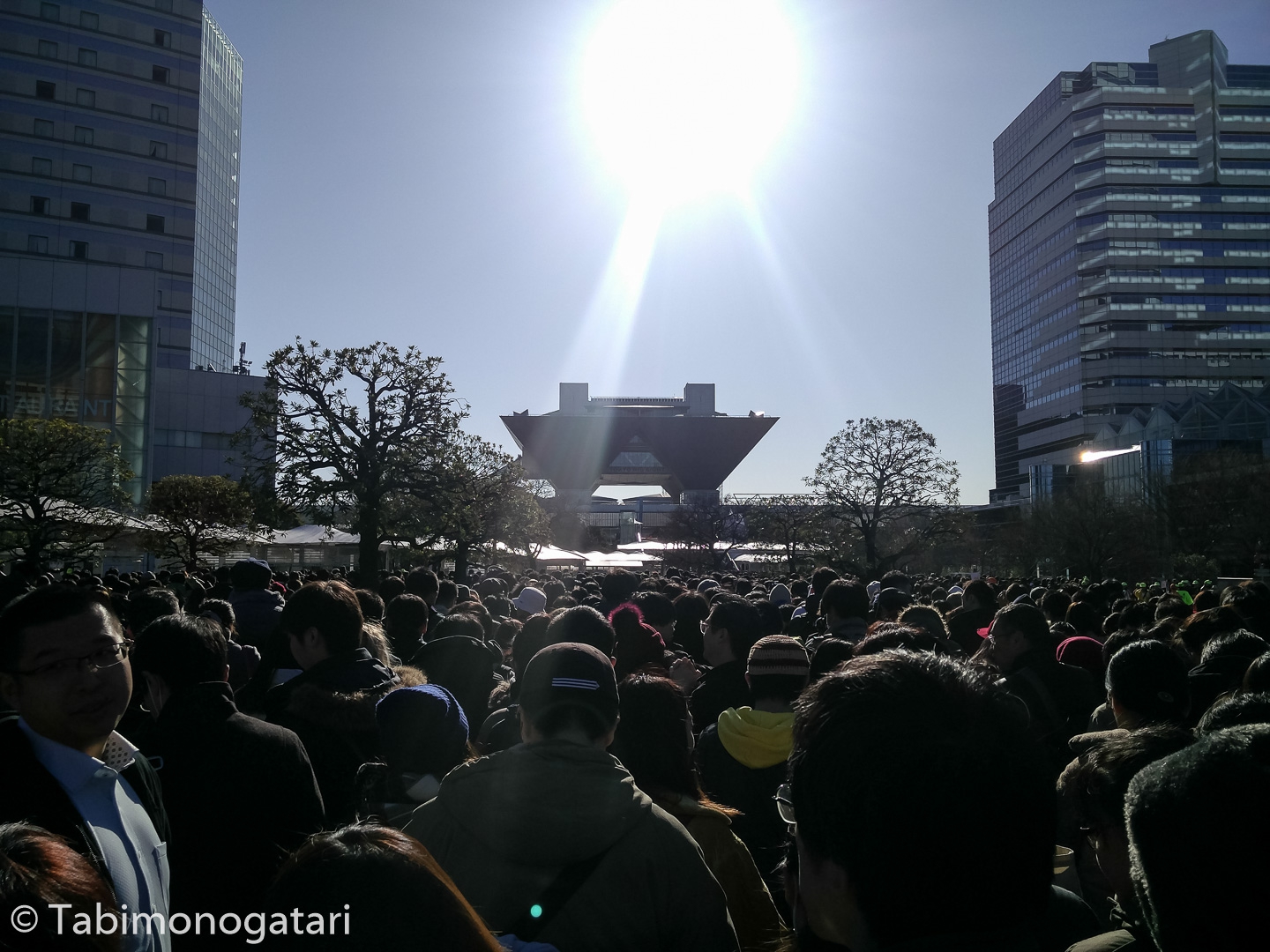 Today’s main objective was to visit the industry booths in the West halls. The line management was executed professionally this time again, so everyone moved slowly in groups towards the entrance. While it was certainly busy I expected worse. To my surprise I found myself in the West hall already 30 minutes after arrival. 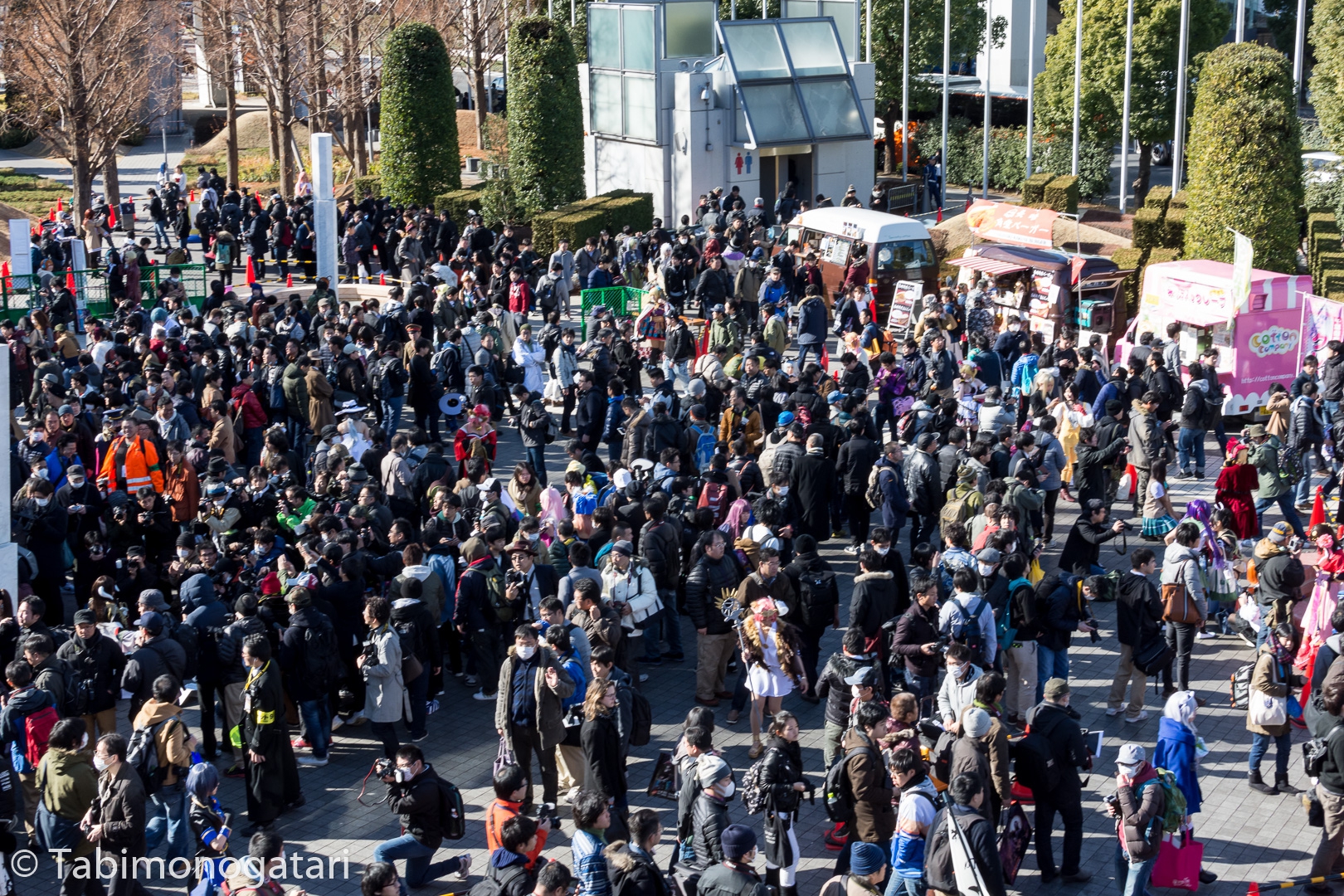 I enjoyed strolling around the different booths while avoiding the high demand ones with queues that extended to the outside of the hall (looking at you, KyoAni, Type-Moon and Kadokawa). At P.A. Works‘ booth I found some nice goods from Sakura Quest and also picked up something from the Steins;Gate booth. Apart from that I allowed my wallet to recover for once. 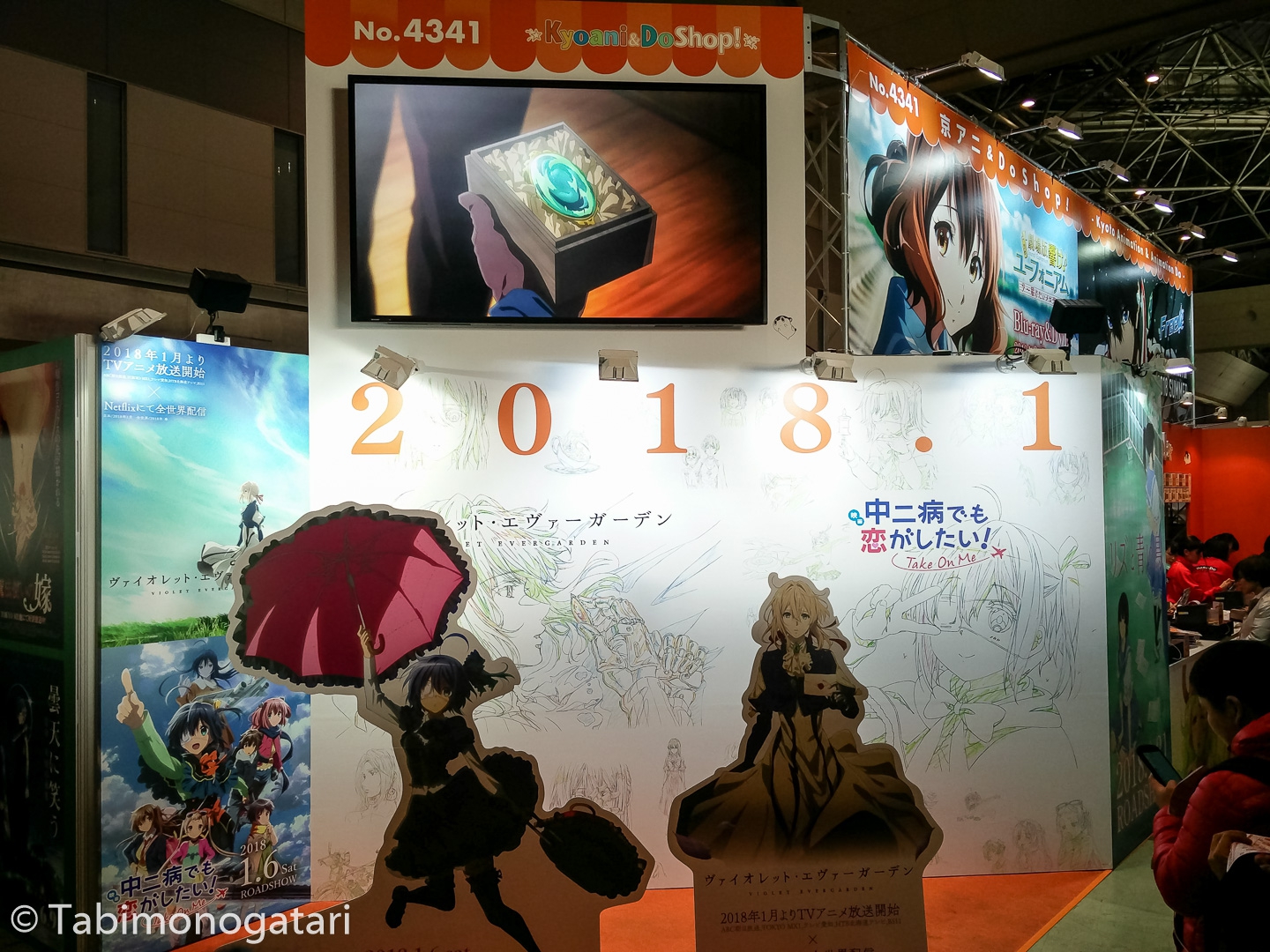 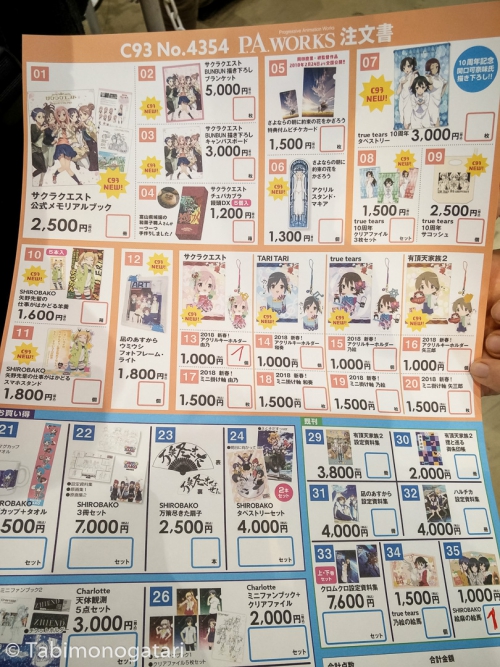 Around noon I checked out the Cosplay area outside which was way too small for the many cosplayers and the photographers lining up for then. 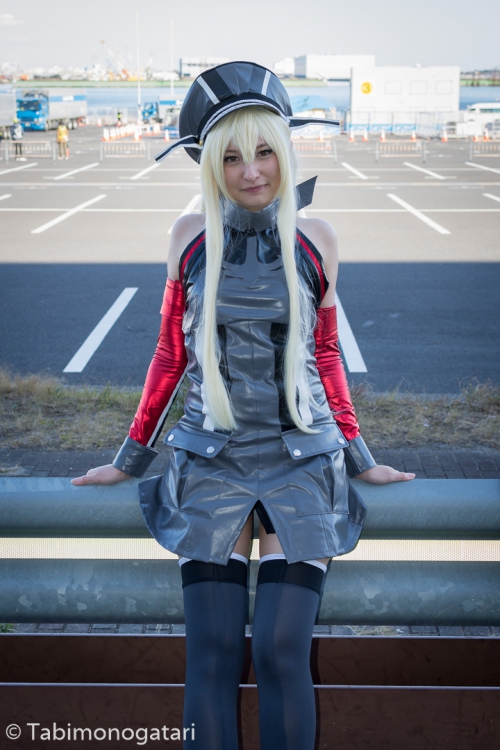 Later I met a friend from Germany, Jasmin, who helped at the booth of the I.O.E.A. Together we explored the East halls in the afternoon. With time it became less crowded as most high-profile circles were selling out. In general, it was much more pleasant than the Summer edition I heard terrible stories about.

We have finished handing out everything today. Thanks to everyone who stopped by, you can still check out our catalog and new pamphlet. #IOEA #C93 pic.twitter.com/hrttiPHzaY 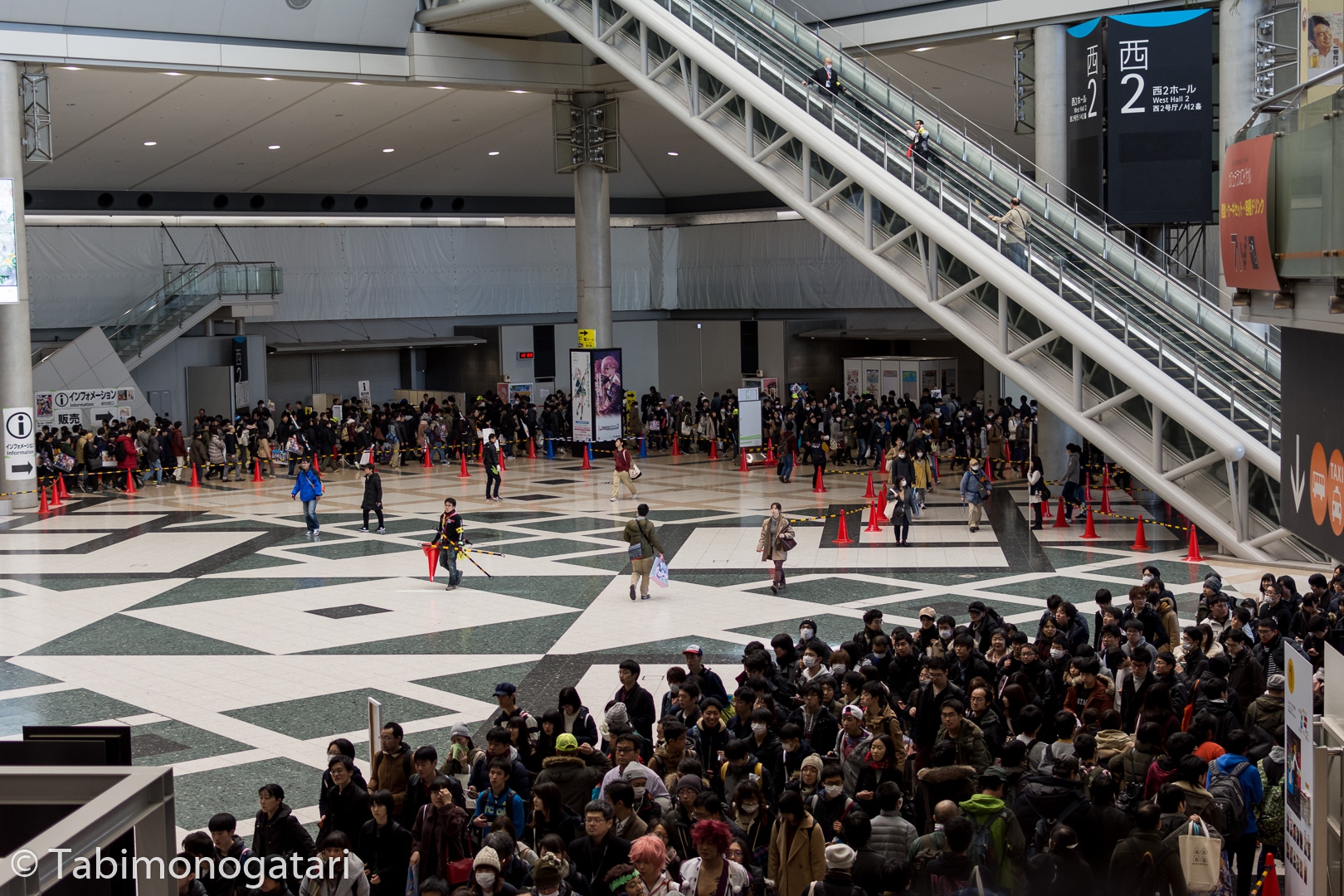 At 3 pm I left Big Sight and secured my loot at my apartment.

Exhausted from the long march I craved for something greasy and decided to pay a Gyoza restaurant at the station a visit. The service was fast, the fried gyoza were savory and went great with rice. Also 550 yen for everything is again a good offer. I must make sure not to iterate these points at every place I review. 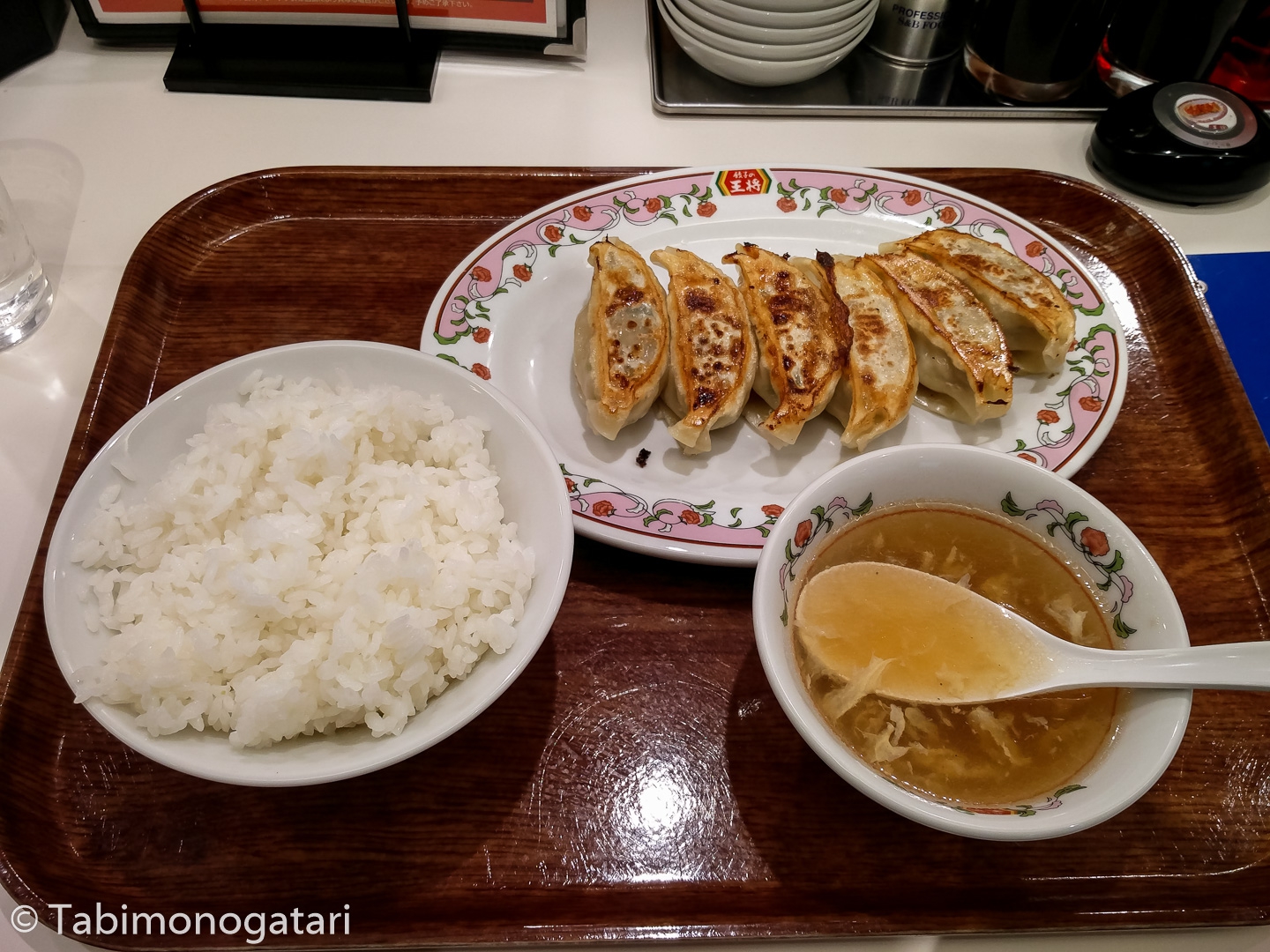 At Bic Camera I unfortunately did not find the SIM card I was looking for, so I postponed the search to the next day. Instead, I entered the new shopping mall Hikarie and ascended to the highest accessible floor (11 of 31 stories in total). From there you can photograph the Shibuya crossing area very well. 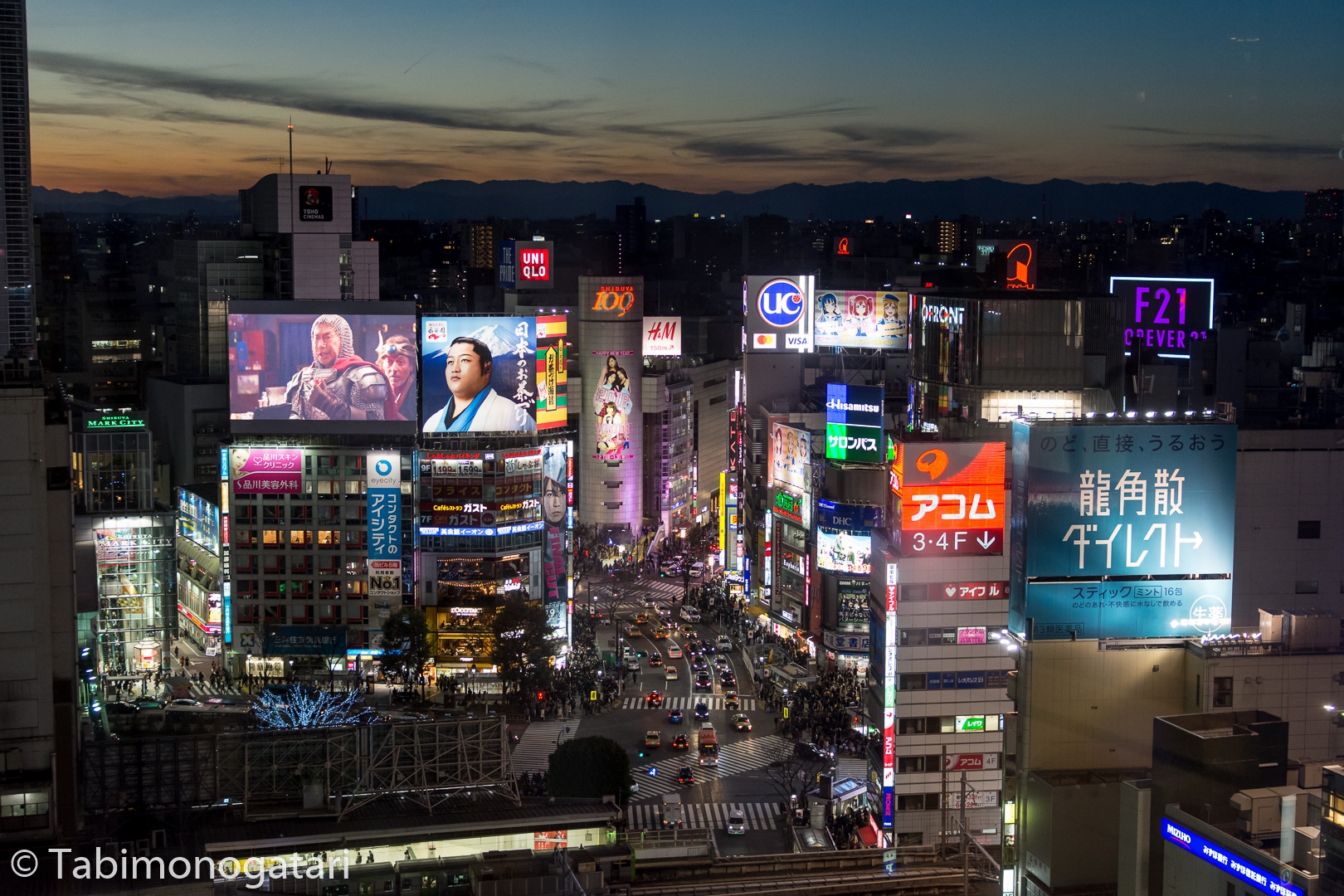 As the sun set I returned to Odaiba once more to witness a firework display that would start at 19:00. Japan does not celebrate New Year’s Day with fireworks but for some reason they held short firework displays every Saturday in December behind Tokyo Decks / Fuji TV building. From there you can see the bay, as well as the Rainbow bridge and the Tokyo Tower. 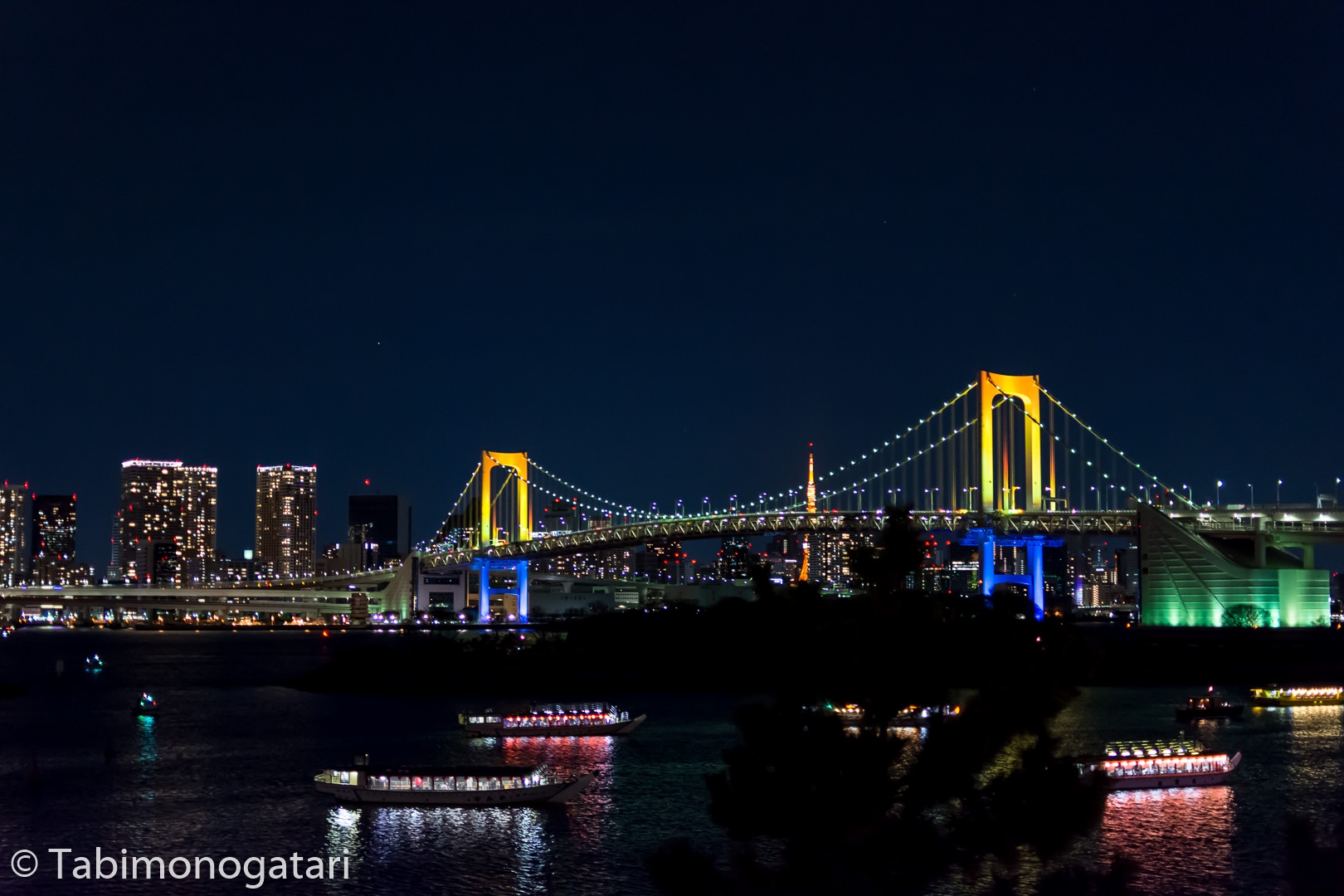 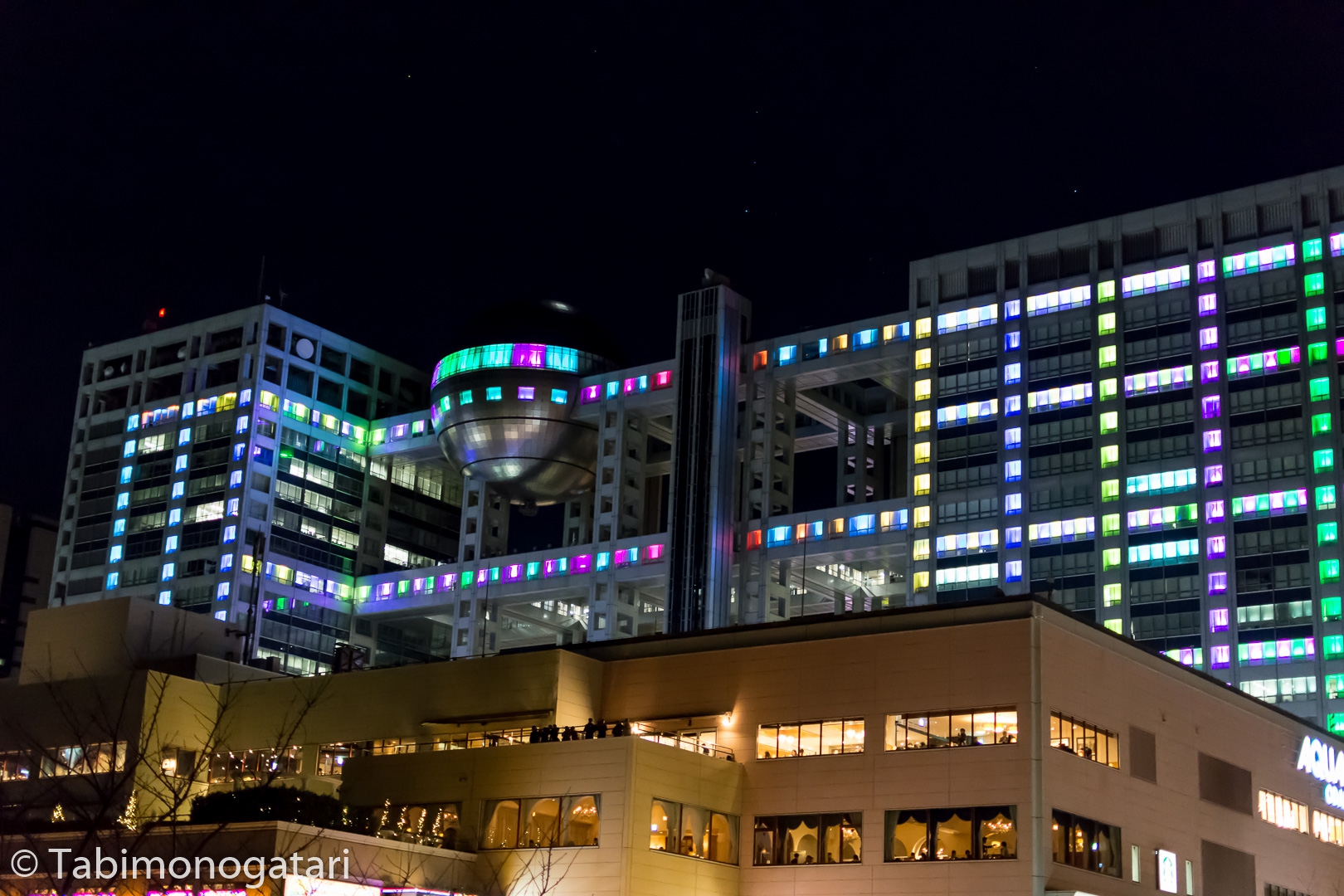 The boats were already visible and the Fuji TV building was illuminated indicating the countdown. The fireworks lit up the sky and the bay for just 10 minutes but the view was breathtaking nevertheless. I tried to capture the scene with my camera which gave some decent results. 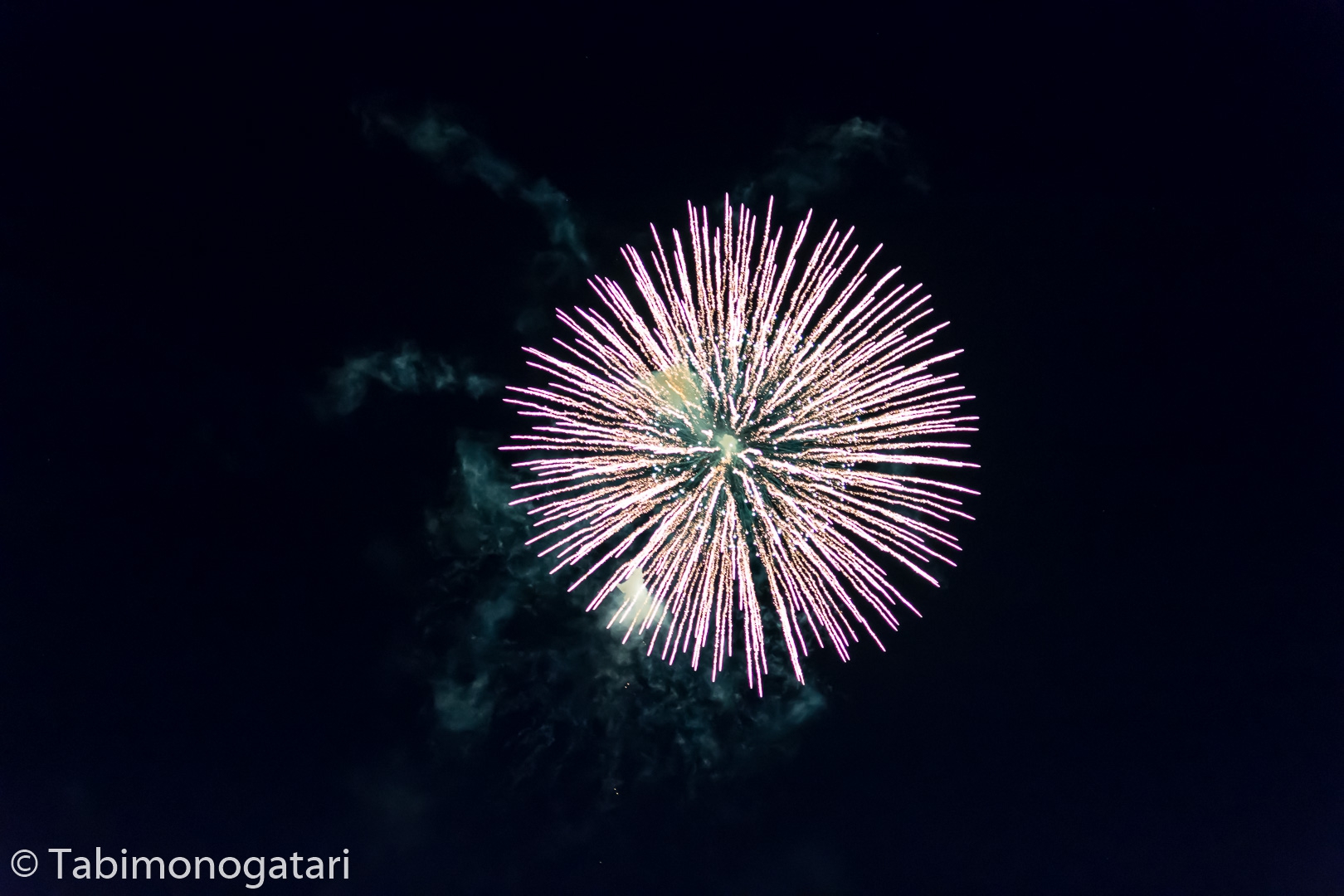 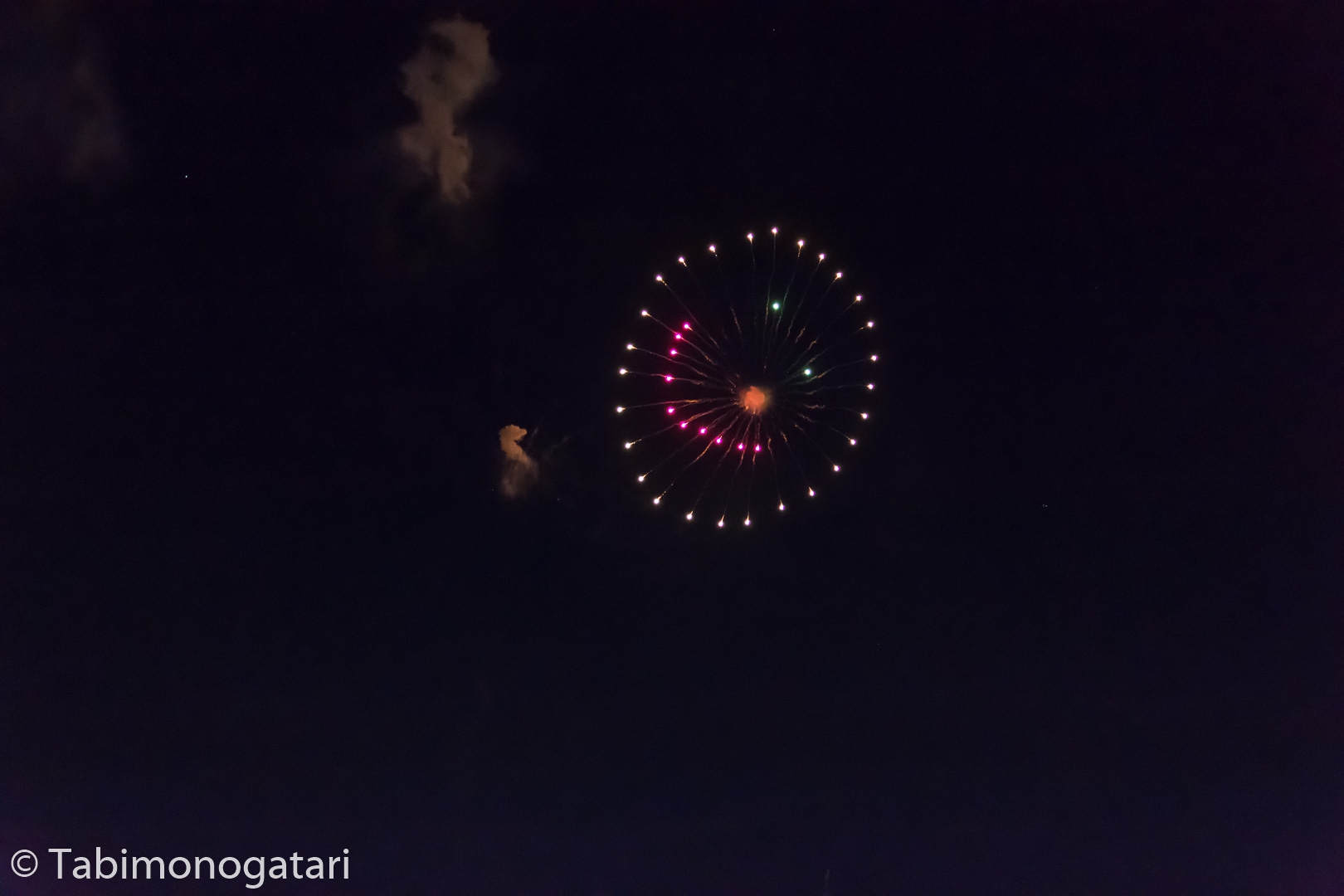 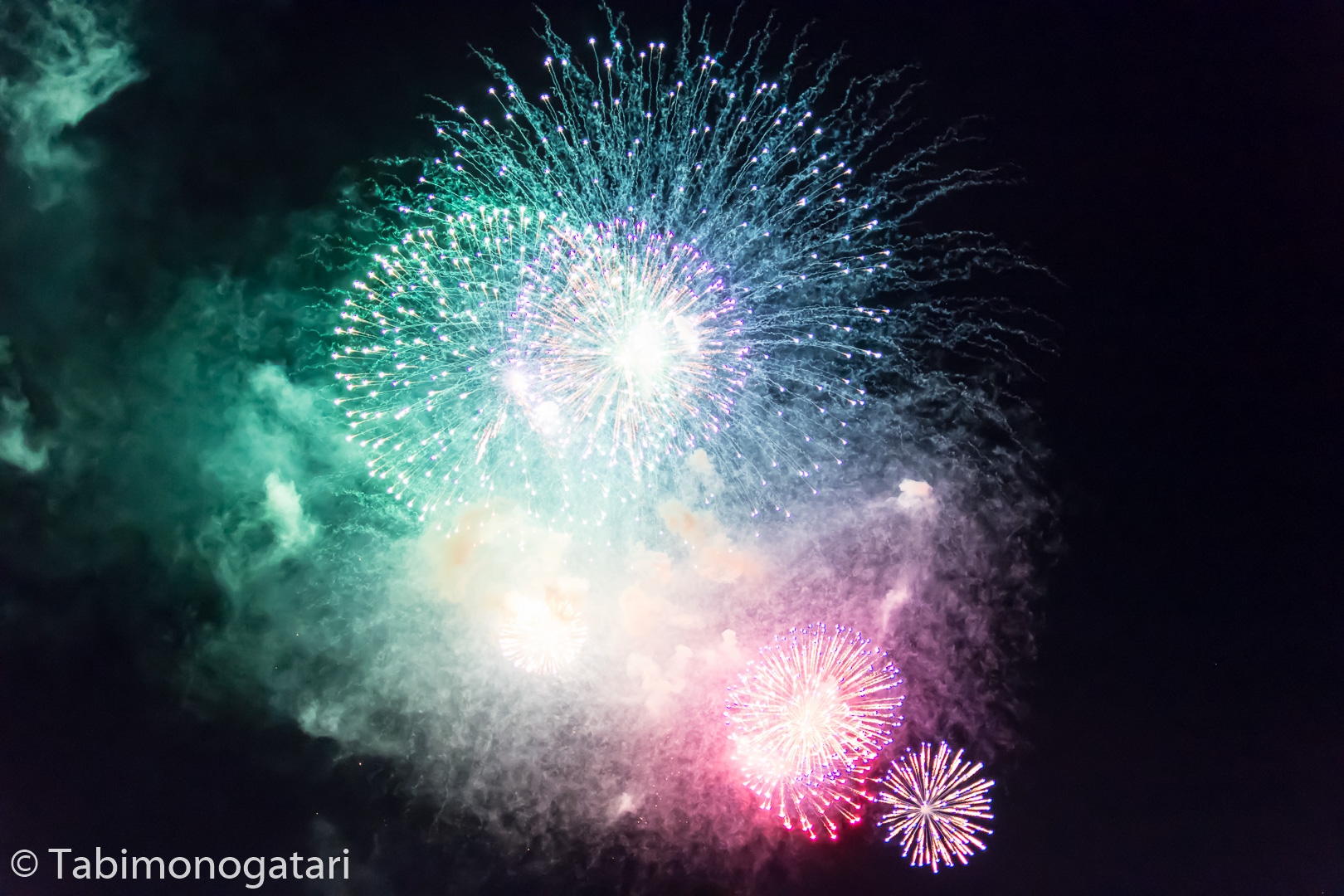 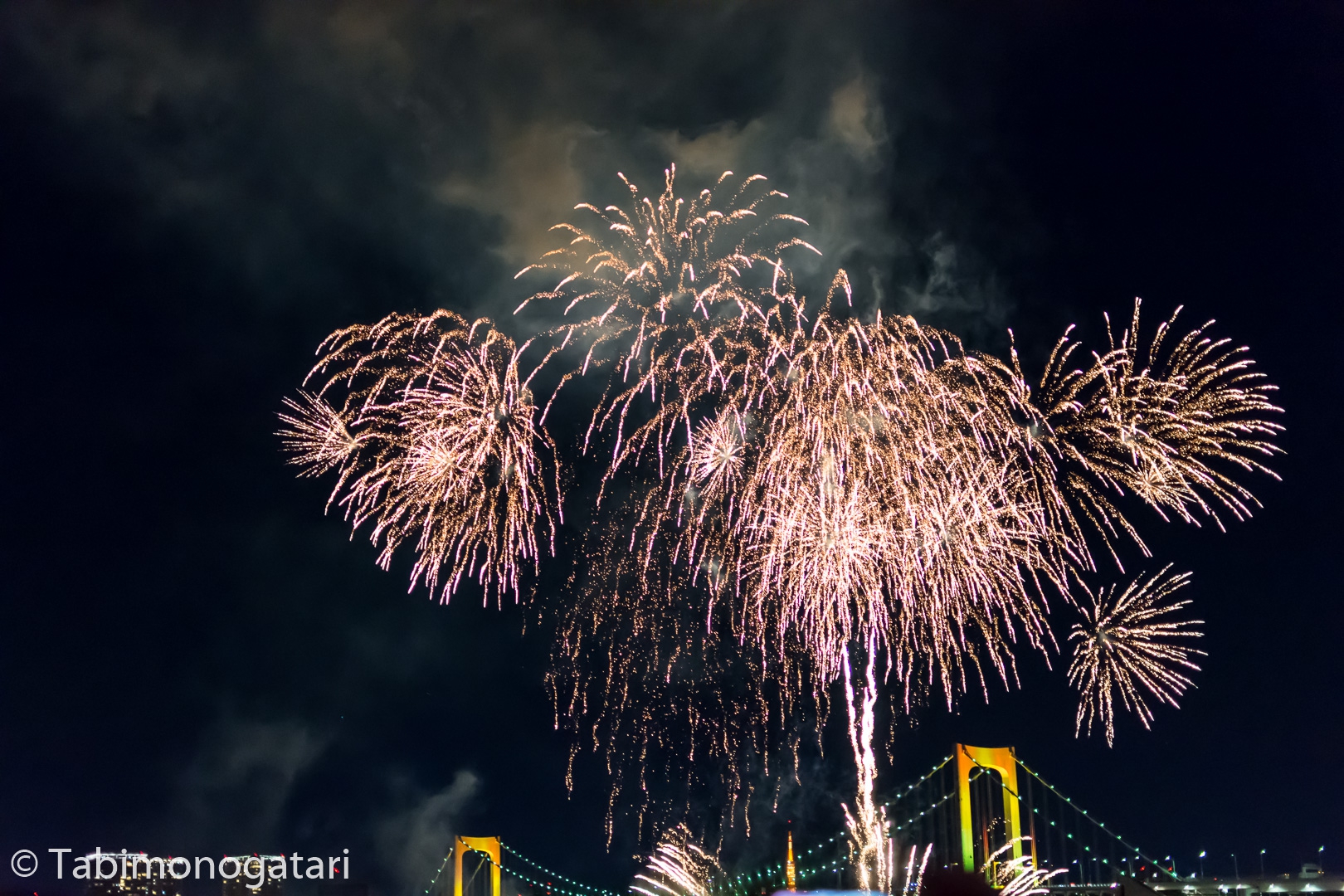 After the display ended I walked a few minutes to visit the new Gundam statue at the Diver City shopping complex. The new model is larger and can even move! At 19:30 a five-minute long show started during which the giant robot transformed several times in accordance to a video clip of the series. 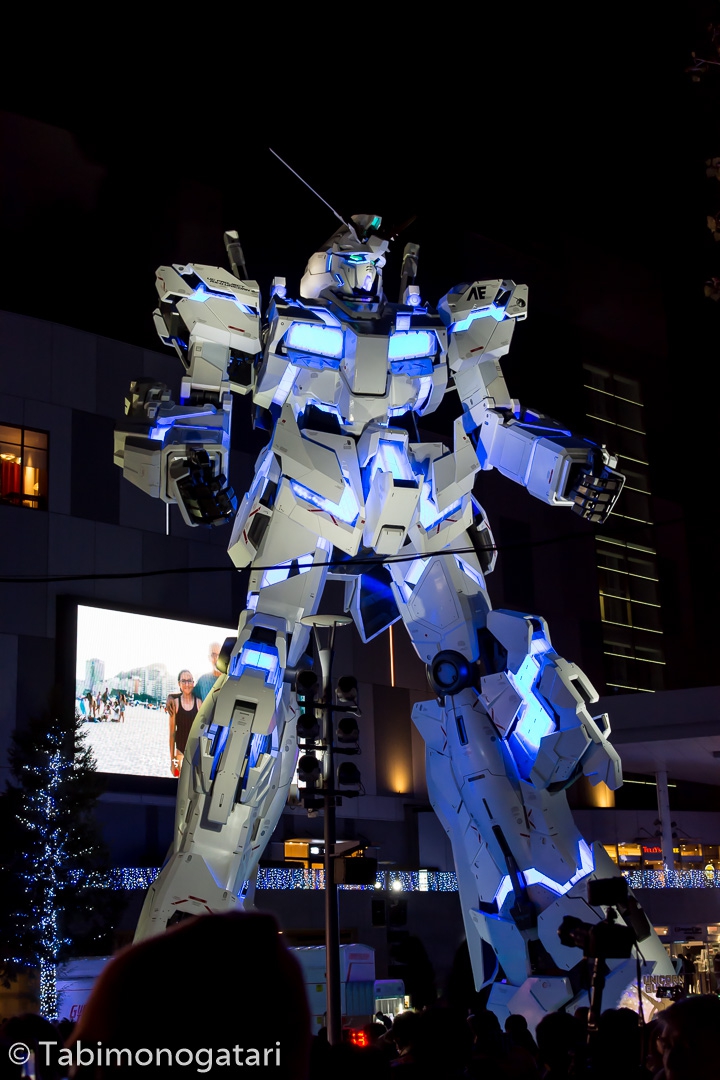 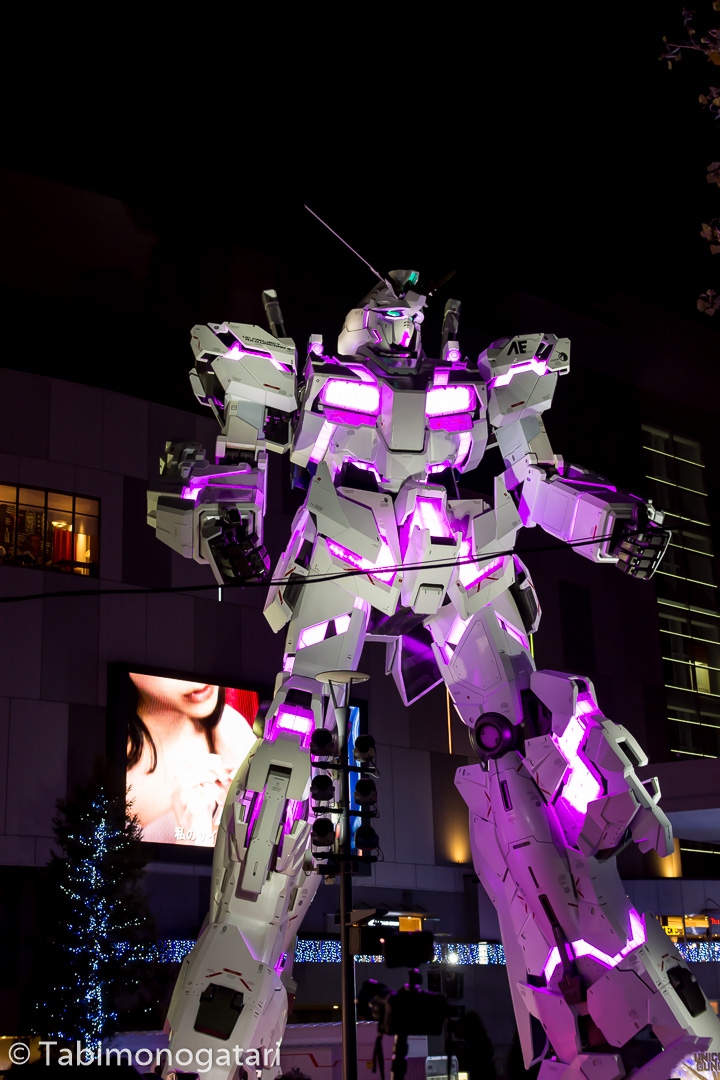 In the evening I rode a train to Tokyo station to explore the extensive underground shopping mall. Certainly one could spend a full day down there without feeling bored (and people did that). My focus was the Ichiban Gai shopping alley where I secured a box of the limited Tokyo Banana edition KitKats. The staff was busy restocking the shelfes all the time since the demand was that high. Tokyo Banana is arguably the most popular omiyage from Tokyo amongst Japanese people and the collaboration with KitKat is a great success. 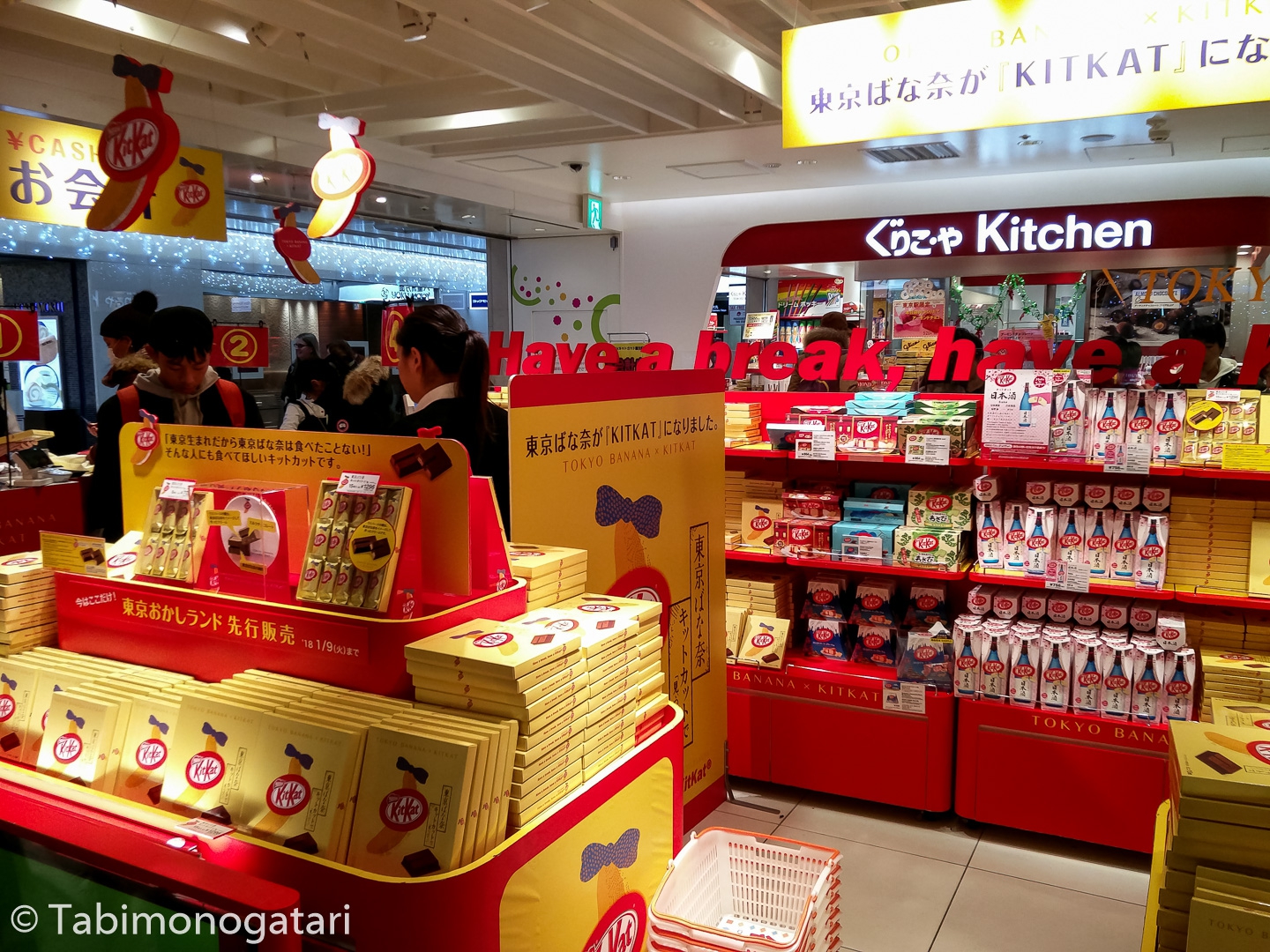 Just down the alley I had dinner at one of the restaurants at the Tokyo Ramen Street, a line-up of popular Ramen restaurants. The tonkotsu broth was deep and the chashu had such a smokey taste while being tender at the same time. 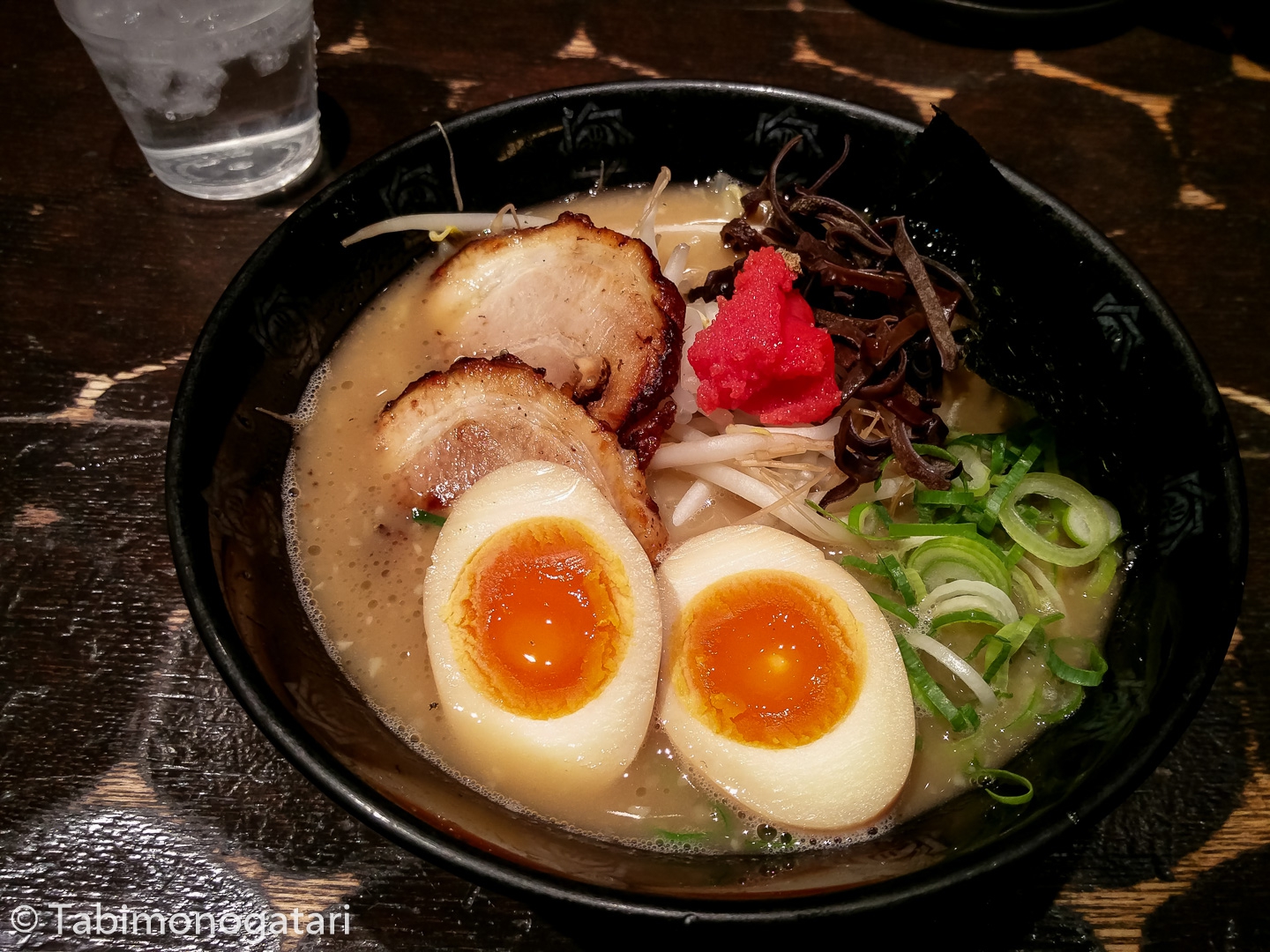 One of many nice perks at Japanese restaurants is this basket where you can store your bags without them touching the ground. 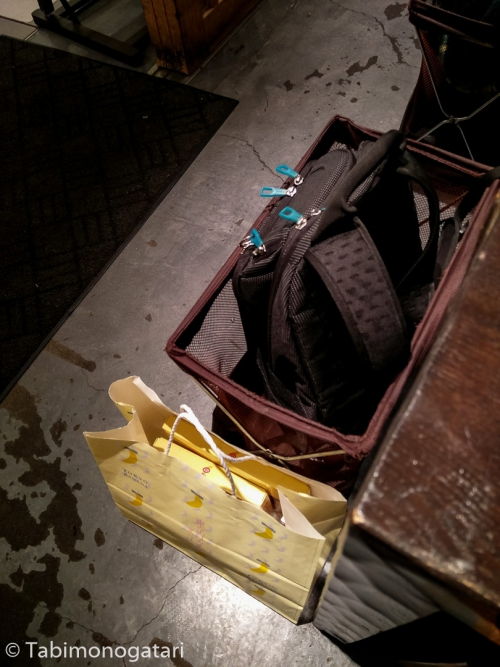 After the meal I returned to my apartment and called it a day. The next day I need to rise early for Comiket Day 3.