When I booked my flights half a year ago I was very happy about the flight I found. The flight operated by the Japanese carrier ANA had just a short stop-over in Brussels and then would directly go to Tokyo Narita. Moreover, I heard many good things about the Japanese airline, so I considered it a great flight plan. All of my excitation vanished at 8 o’ clock on the day of departure.

When I read about the explosion in the airport of Brussels I could not believe it at first. I mean, what are the odds? It was a terrible tragedy and now it affected me as well. Luckily I can say that I was not there this morning. Still, considering the state of the news I was sure that my flight would not depart from Brussels in the evening of the same day. It was not clear for some hours how and when – if at all – I could leave Zurich for Japan. Many calls to customer service were not very rewarding, as the they did not know the situation well until noon either.

You might recall that I planned on taking the flight with my friend Reto. He was affected as well and tried calling customer service, too. He tried the branch in the UK though and seemed to be more successful as me with the German branch. He was assured a seat on a direct flight by Swiss the next day – a great compensation in my opinion. On my side nobody wanted to know anything about such an offer. Using his flight booking code I managed to get the same offer in the end; or so we thought.

We decided to head to the airport directly to sort out our issues asap. Our flight was scheduled at 6 pm and was by now officially canceled. At 3 pm we asked the Swiss ticket office for help. From then things got even tenser. Reto was called back by a staff member from ANA in Geneva who was in charge of the rebooking. A long discussion about the responsibility and the authority started over the phone and we tried to negotiate between the two sides. Apparently the flight from Swiss was completely booked out in all classes and thus there was not seat to be assigned. The travel agent searched for alternative routes and gave us a gloom outlook: there are hardly any connections with free seats at all, and the remaining few are not on the most comfortable routes. We finally were offered two individual connections to Tokyo on the same day which were not entirely booked out. I quickly accepted the new flight plan as it was my only possibility to arrive in Japan without a major delay.

My flight plan was as follows:

First I had to take a flight from Zurich to Frankfurt, followed by a brief transfer, a Lufthansa flight to Seoul in South Korea! The last leg was a short flight with United to Tokyo Narita. Surprisingly I would arrive in Tokyo at approximately the same time as originally planned.

Because my first leg would depart earlier than my original one I headed to check-in directly to check my luggage. There was some confusion about when I had to reclaim my luggage, but we managed to resolve this matter quickly. Here Reto’s and my ways parted.

A journey through four countries

The first flight was very short and I arrived in the cloudy (and cold) Frankfurt. Heading for the Z gates, I noticed the increasing amount of Asian people. After a passport check I realized that I must have entered the intercontinental terminal section as the billboards were almost exclusively written with Chinese and Korean symbols. A huge amount for duty free and luxury brand shops aligned the long hallways to the gates that I have never seen before, even though I used to fly from Frankfurt quite often.

Shortly before boarding I asked the staff for a change of seat and I was lucky to change my seat from a crammed center seat to an aisle seat. They even opened the Business gate for me while over 100 people were queueing at the same time on the Economy gate. :D

The plane was a Boeing 474 which was equipped with the newest entertainment technology. The monitors were upgraded for tablets and inflight WiFi was offered for slightly overpriced rates. In general, the service on board was quite good in my opinion and I watched the sun set in the first hour in the air.

To bridge the ten-hour flight, I opted for the internet access out of curiosity but also for communication means. I also watched the film The Martian and tried to sleep a bit (without success).

At noon local time I arrived in Seoul and immediately transferred to my new gate because of the short transit time. At this point I was still wondering why this last flight was operated by the US carrier United. Luckily, I saw my luggage being loaded into the plane so I was no longer worried if my belongings would arrive together with me.

Finally, I arrived at Narita airport in the afternoon. At the immigration desk a long queue expected me and I needed almost an hour to clear it. My luggage was already waiting for me and so I could pick it up and leave the airport.

Quickly I bought a train ticket for the Keisei Skyliner to Ueno, since my Airbnb is located very close to Ueno park. The train took me in less than an hour to the station with just one stop in-between. 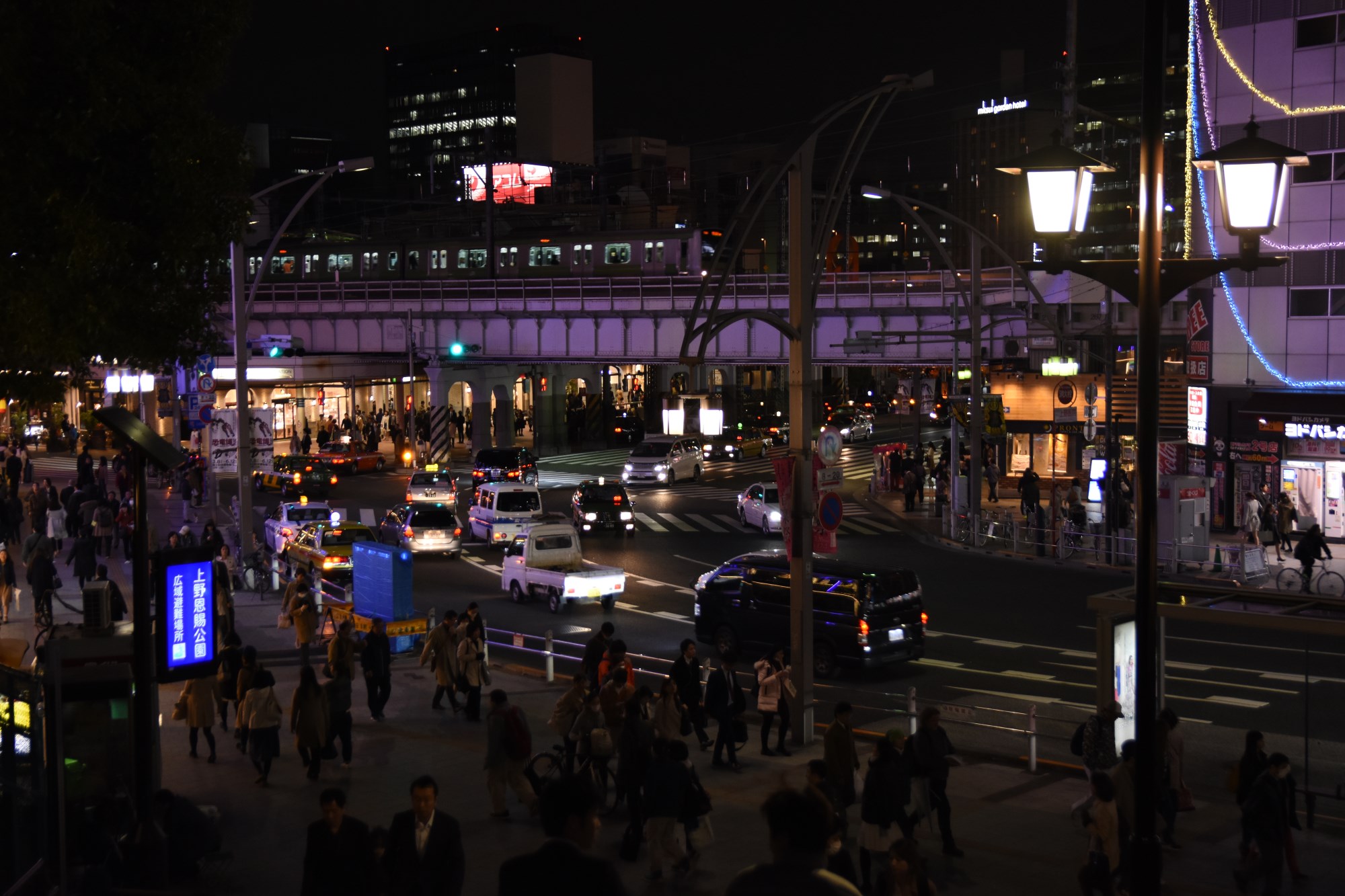 What I did in the evening you can read in my next article.