The route coming from Beppu might not have been the shortest, but I still arrived just two hours later at the southernmost major city of Kyushu after taking the Shinkansen from the very north. I can hardly stop praising the excellent train service.

Passing Fukuoka and Kumamoto I still only saw clouds and rain outside the window, but when I entered the southernmost prefecture, suddenly the sun was shining. Hopefully it would accompany me until tomorrow. 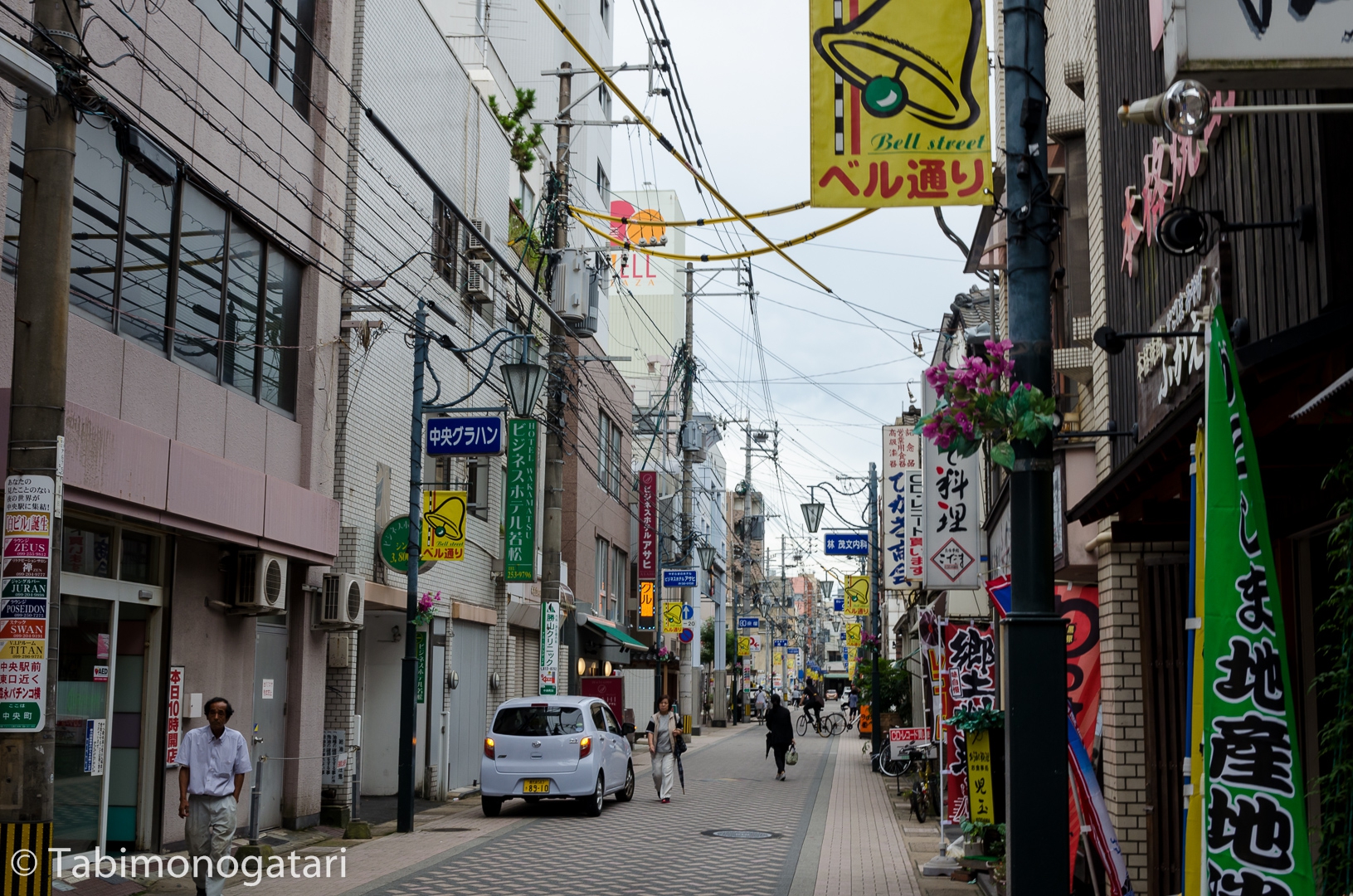 At three in the afternoon the train arrived at Kagoshima terminal. Looking back, I should have tried to catch an earlier train as I did not have much time to explore the city. Today’s accommodation was in strong contrast to the one of last time. Paying just mere 2000 Yen I had a place to stay close to the station.

After checking in I found a cheap and cozy place for lunch. While the menu was covered entirely in Kanji without Romaji or images I managed to order Sara Udon without problems, thanks to learning Kanji for a year now. The price was quite cheap in my opinion, with 530 Yen for the considerable size. Maybe I should just stop comparing everything to Swiss prices. 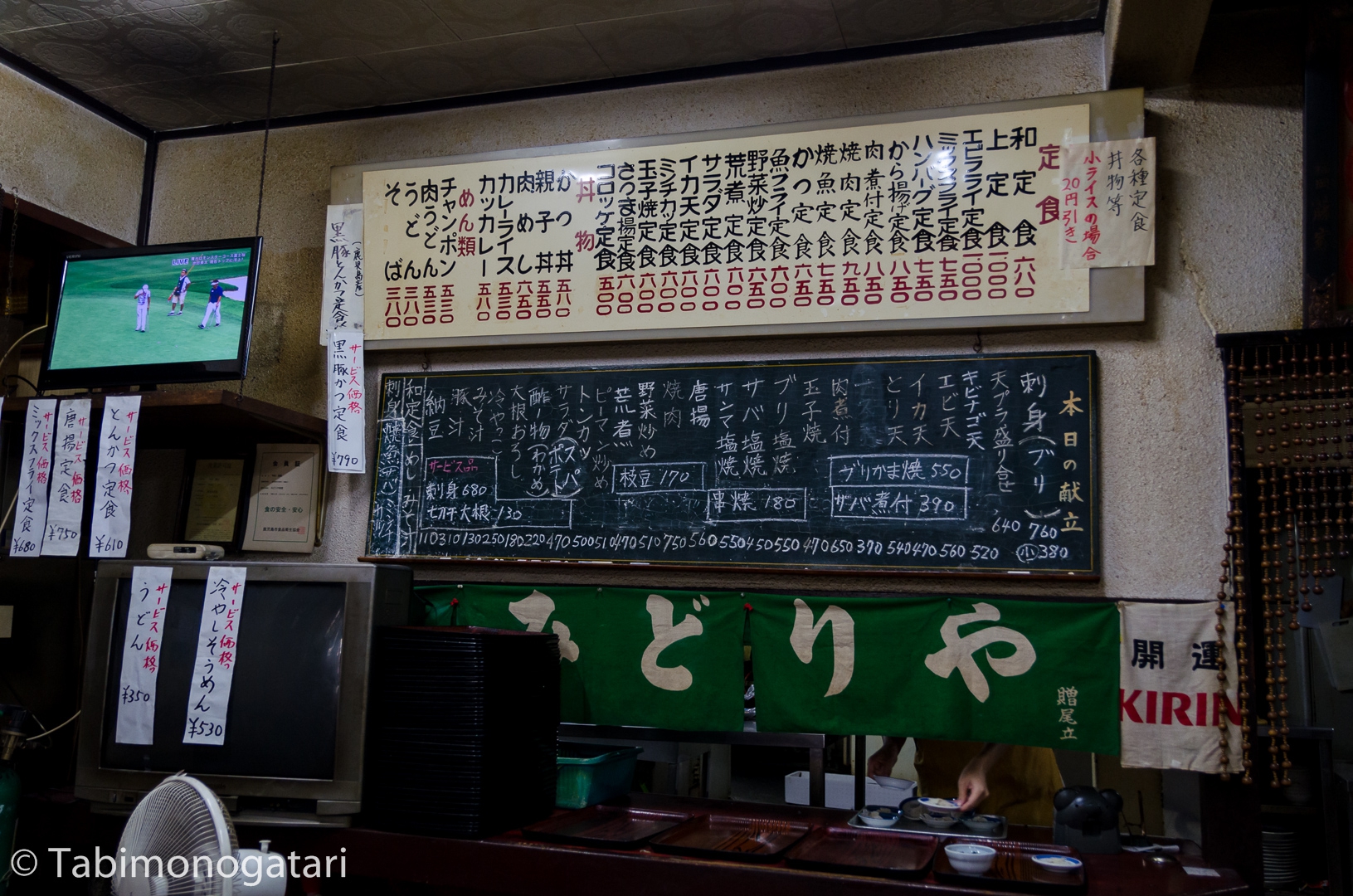 On the other end of the Kagoshima bay is Sakurajima, an island formed by multiple eruptions of a volcano which is still active. Still, access to the island is permitted except to a two kilometer radius around the crater. A ferry departing several times an hour brings visitors to the island in less than twenty minutes. From the ferry I could see the mountain covered in clouds, mostly white ones with a black one mixed into it. Looked like the crater may spit something out soon. 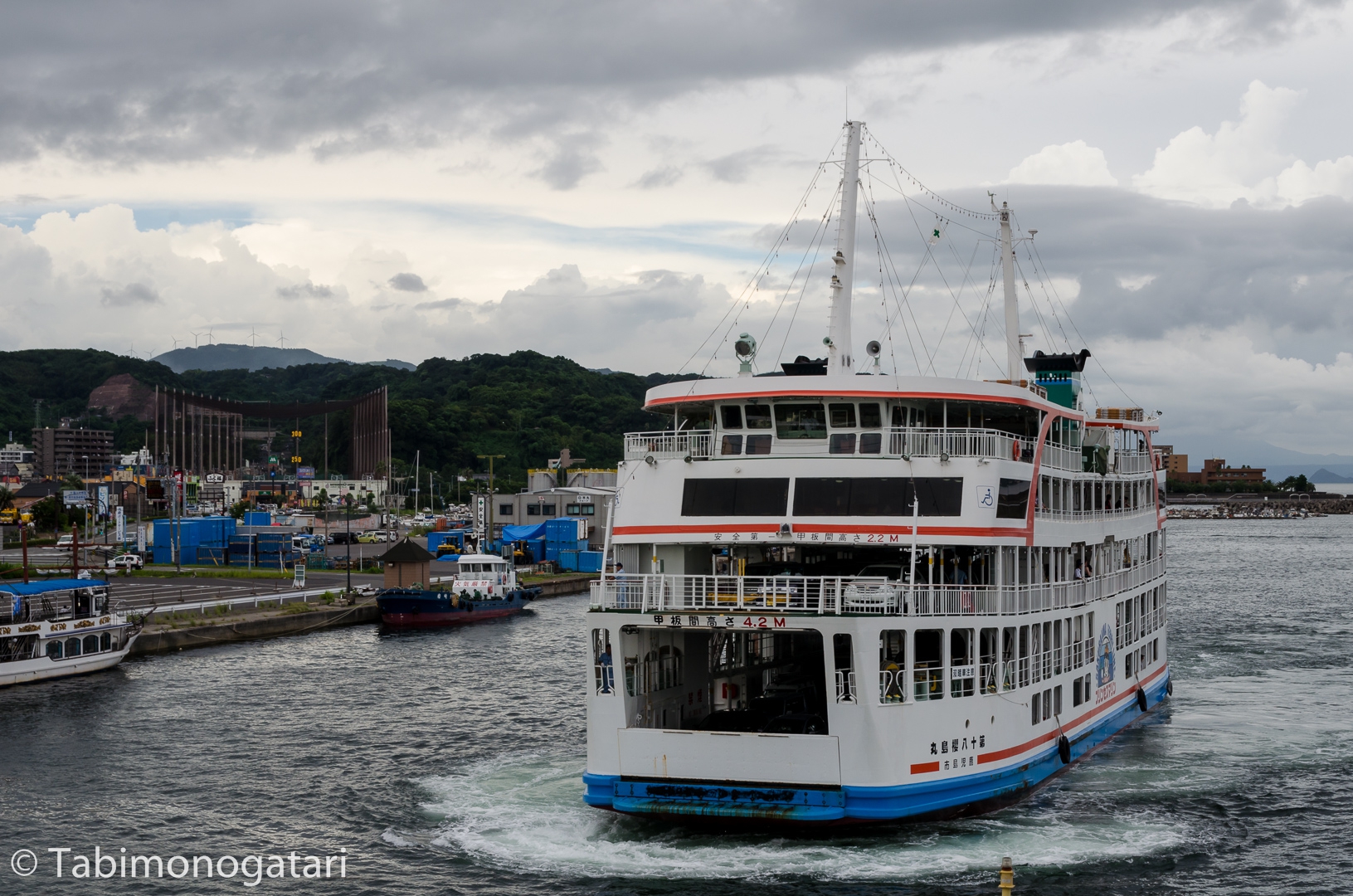 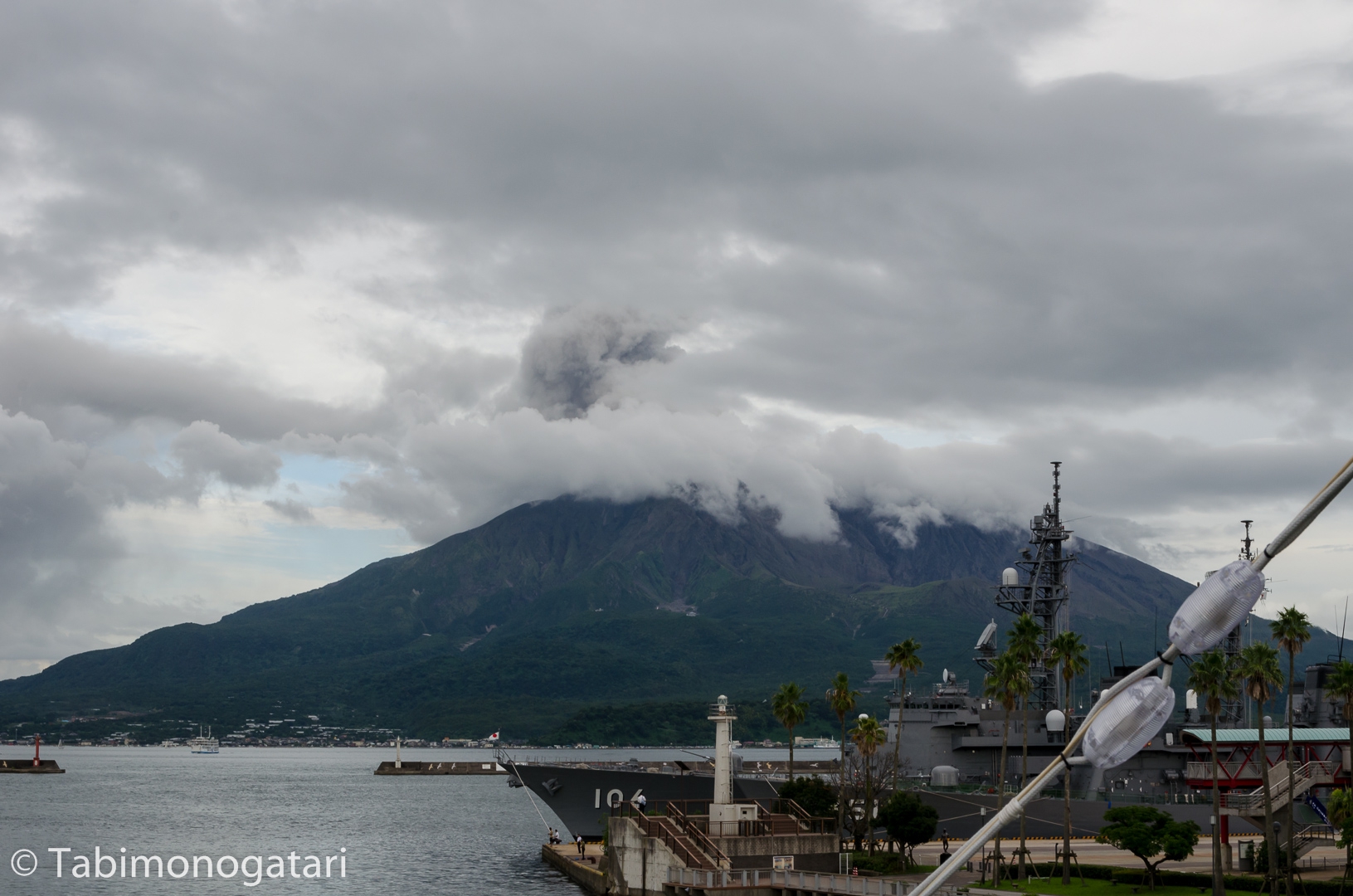 From the ferry terminal one can transfer to a bus driving up to a vantage point. When I arrived I found out that the buses would not run from 5 p.m., neither had the shops open anymore. Waiting for prey like me a taxi driver tried to make a „special offer“ I could (not) refuse.

The sky was still partly cloudy but I was hoping for a clear sky when the sun would set. There was a trail following the coastline which I followed on to pass time and explore the area. 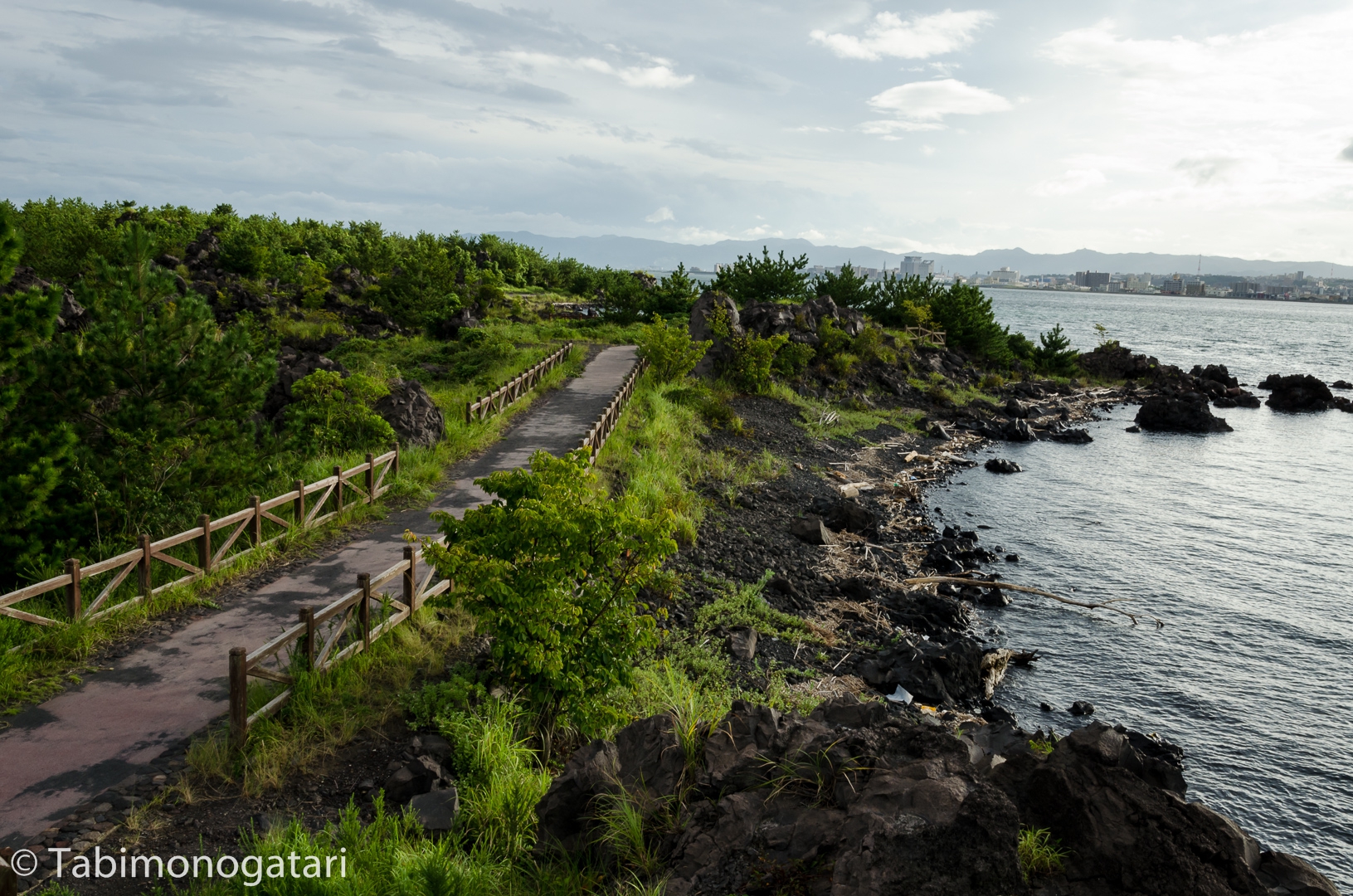 Not far was a foot bath with hot water to relax one’s tired feet. Since I have not accomplished much until then I followed on the trail. At some places it was possible to get down to the sea which is already a part of the Pacific. The mountain was always visible, slowly releasing black smoke. 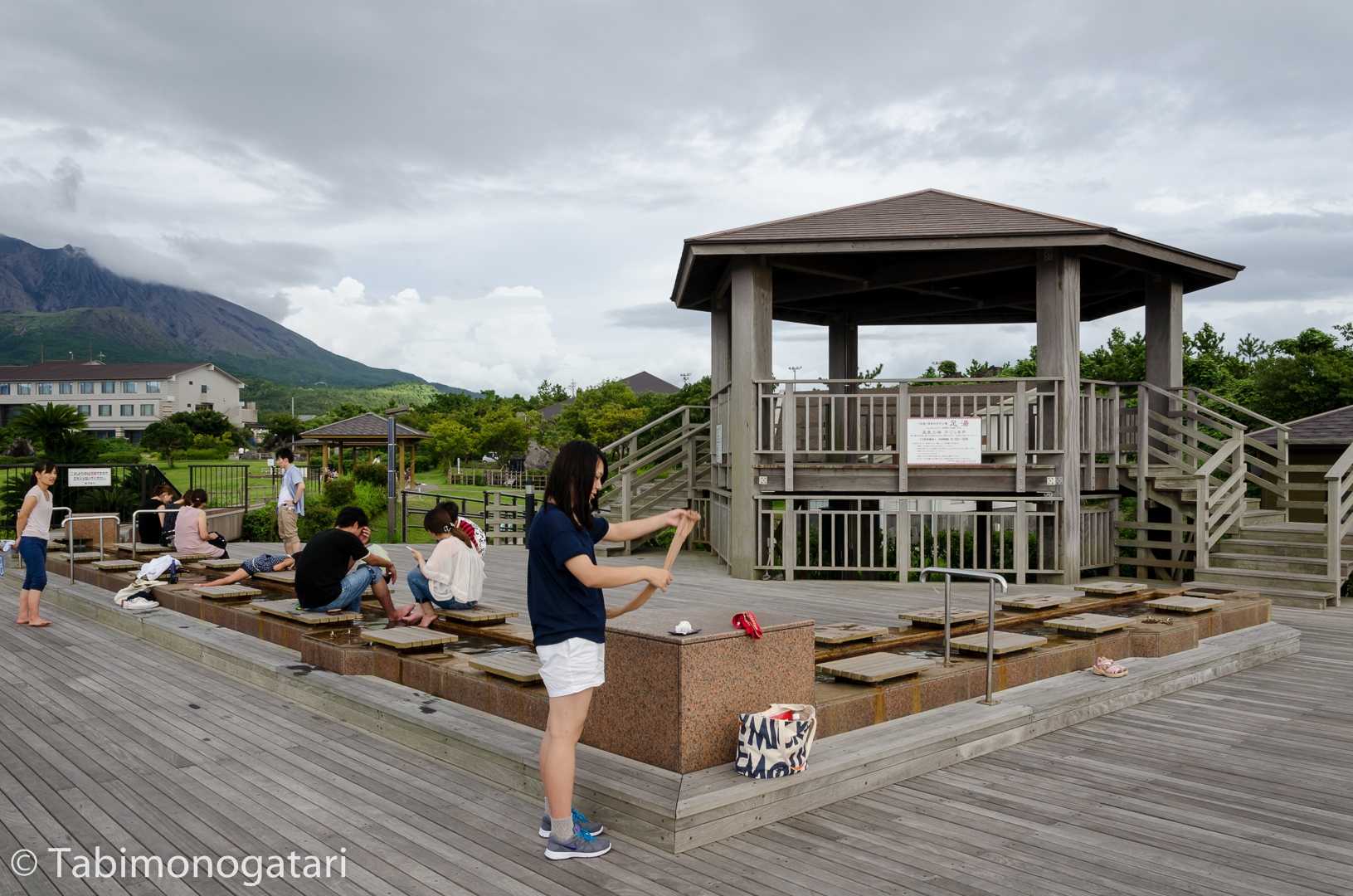 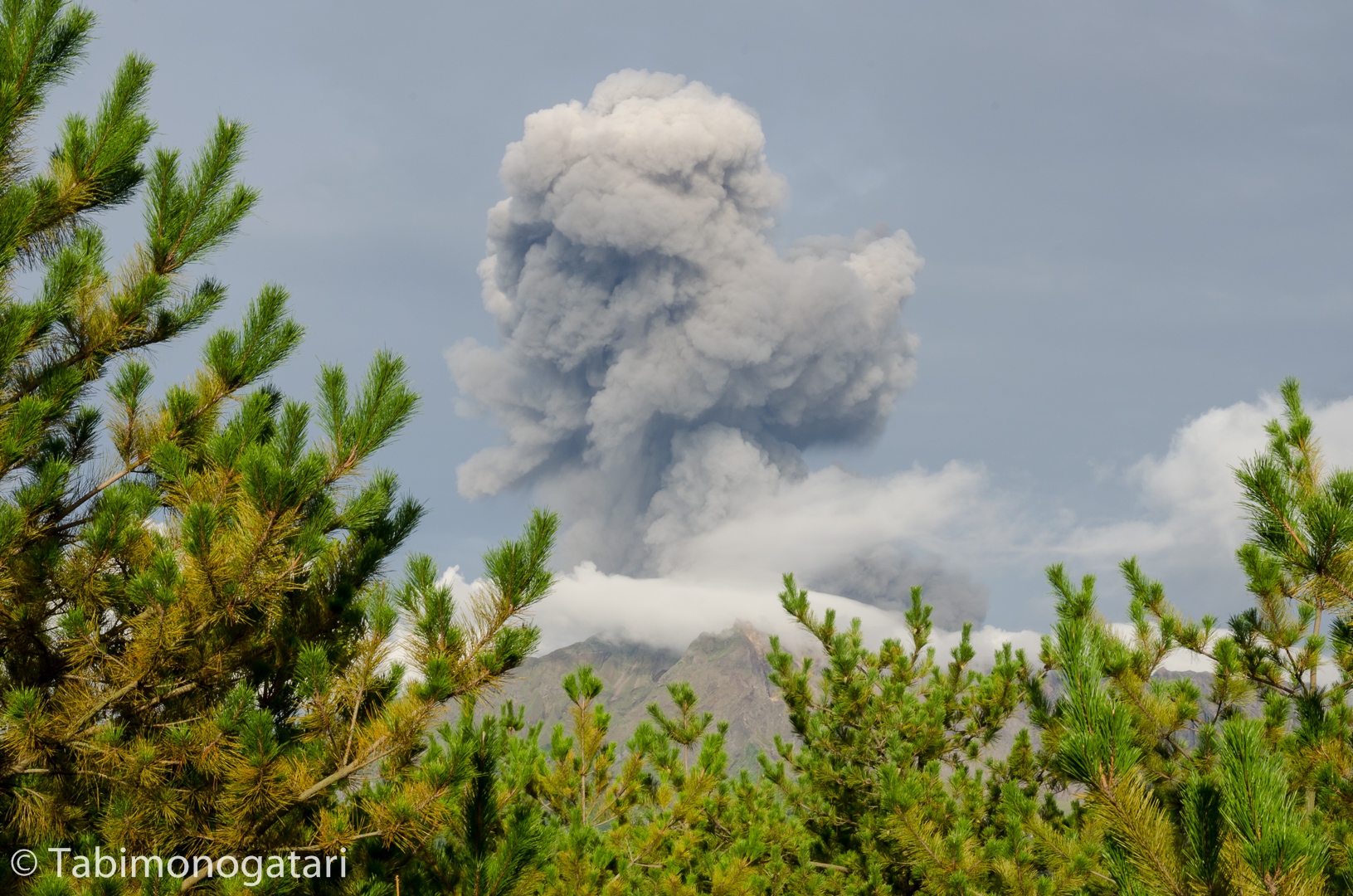 On my way I passed a few hikers, cyclists and hobby fishers. 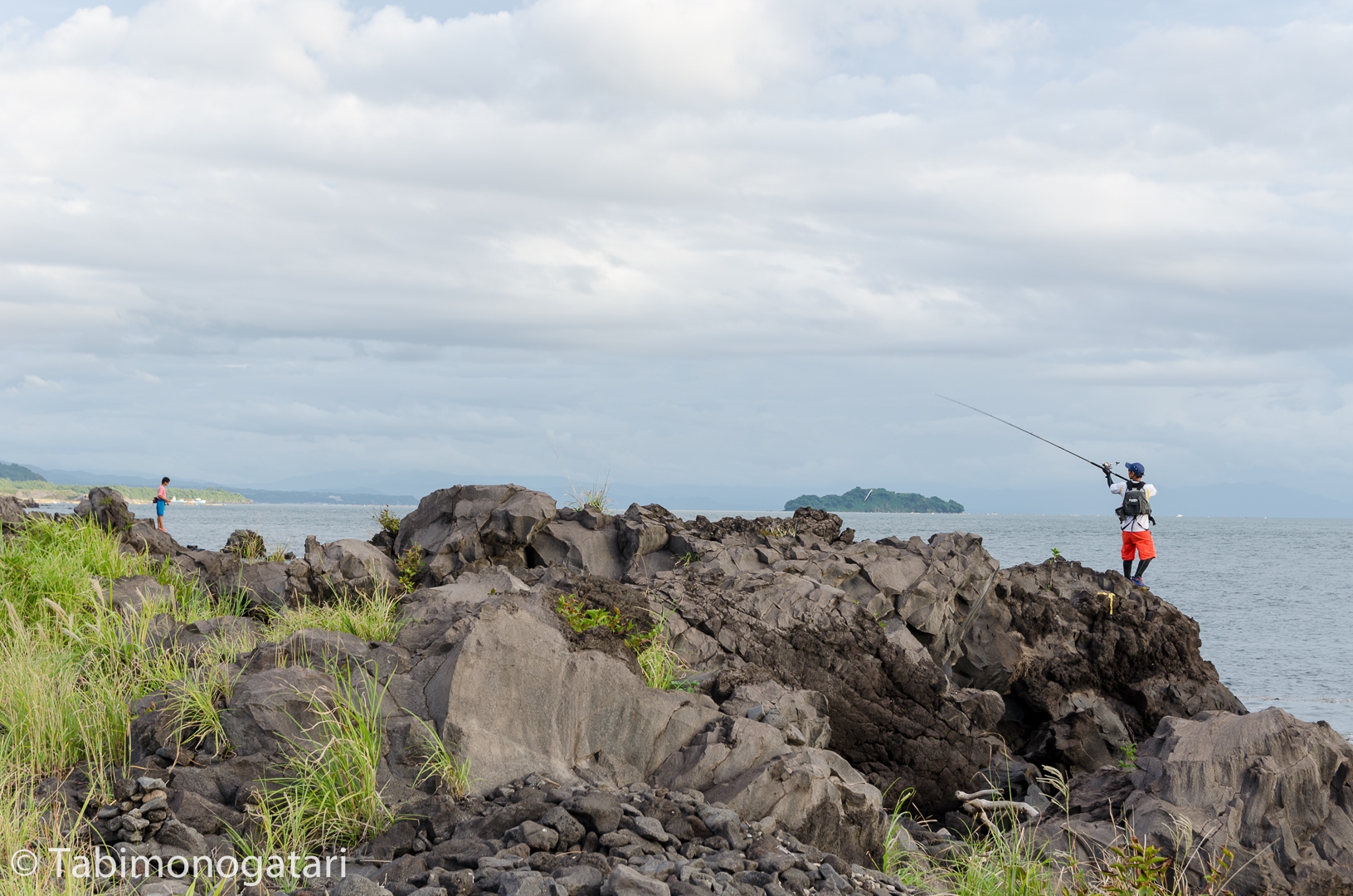 After around three kilometres I turned back and watched the sun set behind Kagoshima. Afterwards the ferry did return back to the city when it was already dark. 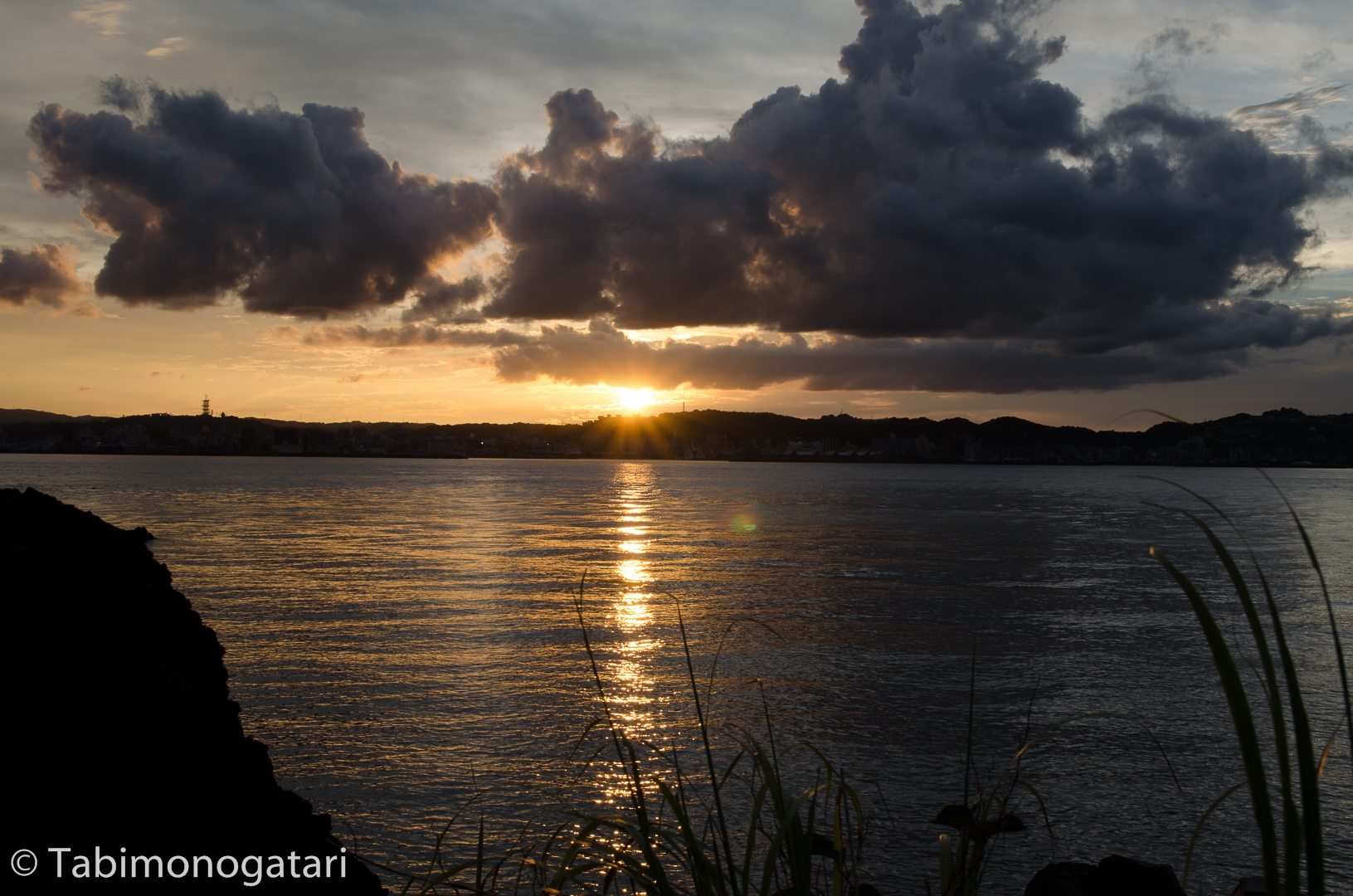 Remember the yatai food stalls from Fukuoka? Kagoshima has some, too! Close to the station I found a little street full of people, laughter and scent of food. The yatai street is a popular place to enjoy dinner in company and is close to the station, too. 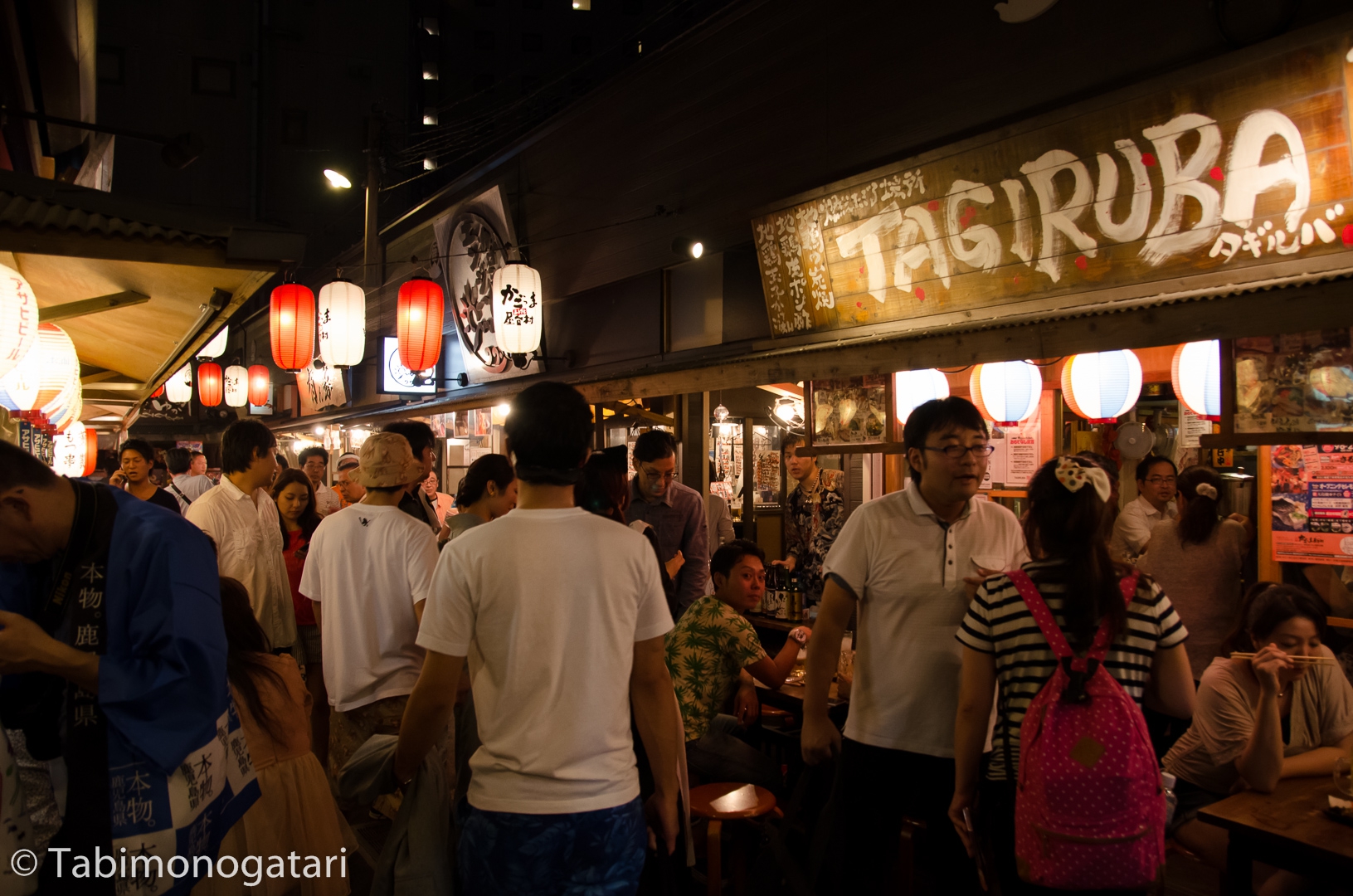 There were many stalls, but most of them were filled up to the last seat, but waiting for a bit, a place at the counter of one stall opened up. Everyone was relaxed and enjoyed the evening. The calligraphic written menu was incomprehensible to me, but I remembered some of the local dishes of the southernmost prefecture. Asking the barkeeper for a recommendation, shortly after a plate of kurobuta and a glass of shochu appeared in front of me.

It was much fun talking with the others about my trip and the origin of Heidi (the story is a Swiss one, but the anime came from Japan). 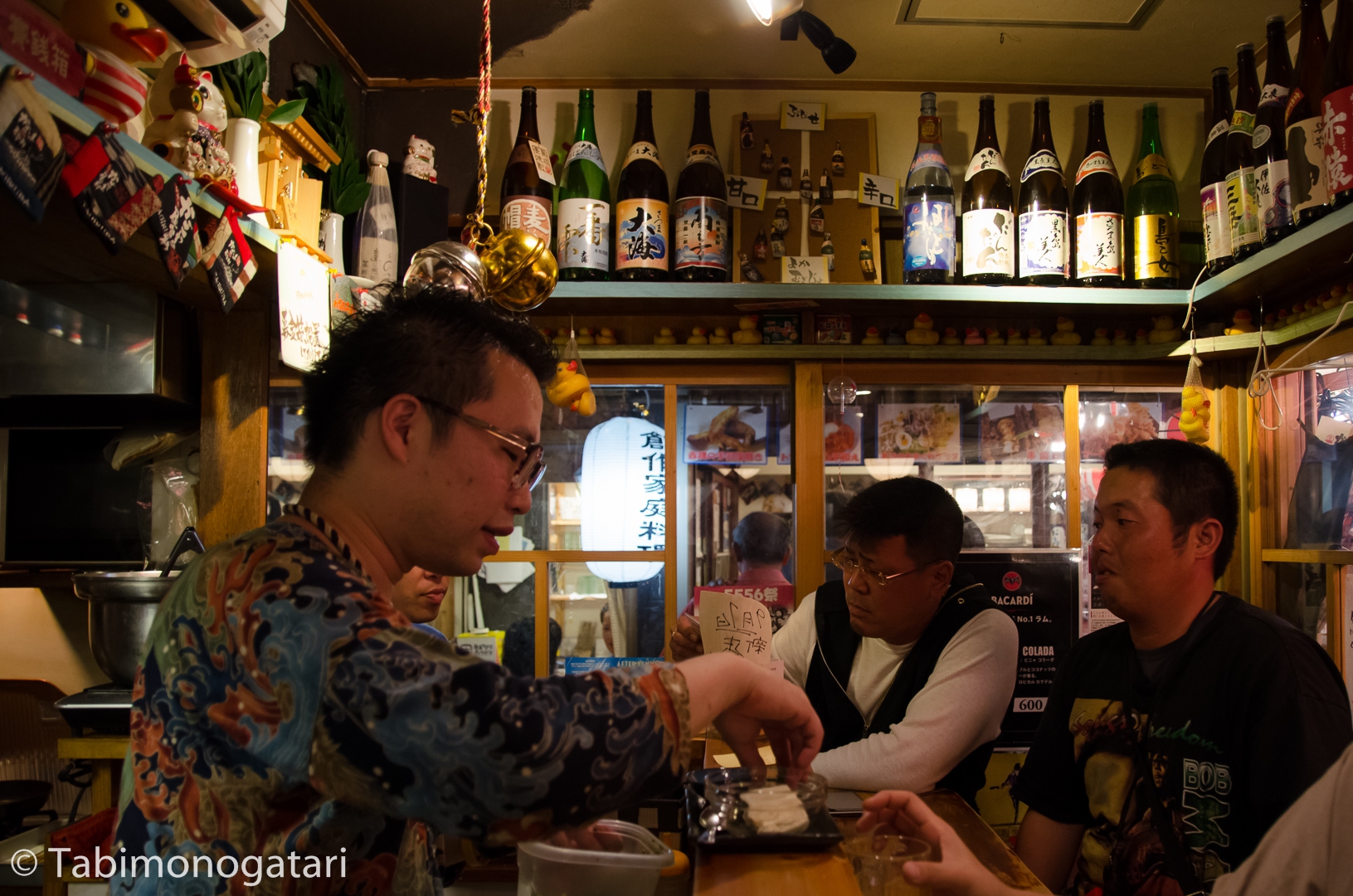 The room the hostel provided me was barely large enough to fit a futon, but that was all I needed, as it had an air con and a lockable door. Leaving in the morning, the last part of my trip began.

Next, I am going all the way back to Kyoto and after that will make a detour to Niigata before departing from Tokyo on next Sunday.