After touring through Hokkaido and Kansai I will move on to Japans third-largest island Kyushu in the south of the main island Honshu. Apart from visiting urban Fukuoka and Nagasaki I will relax in a hot spring resort and explore two volcanos! In six days I will make a round trip across and around the island and will stop by in various places. 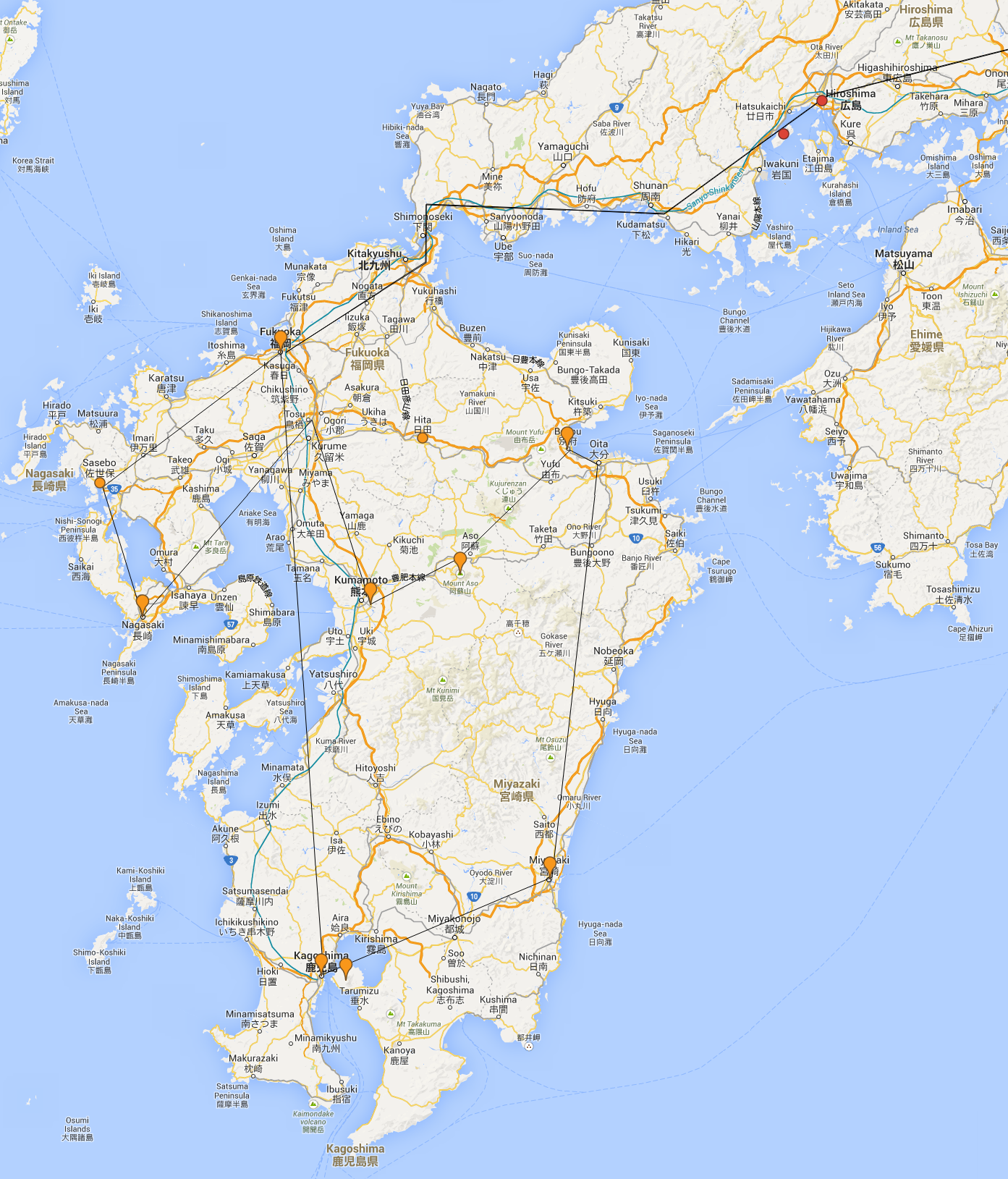 For your orientation the interactive map of the whole trip.
Coming from Kobe by Sanyo Shinkansen I will arrive two and a half hours later at Hakata station in Fukuoka. This time I will not stop in Hiroshima, since I spent a weekend there last time. 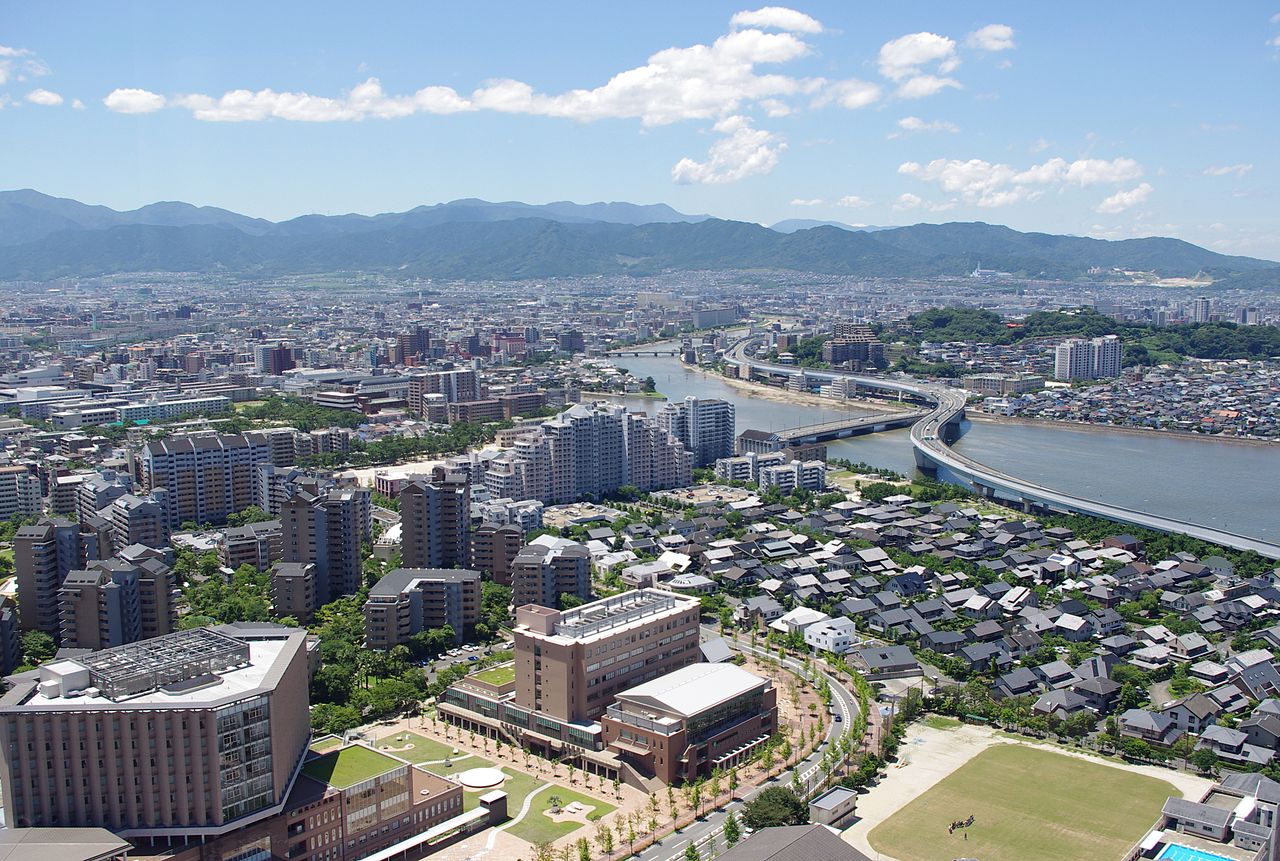 Every major region seems to have its own capital, for Kyushu it is clearly Fukuoka (福岡). Located at the northern shore it is well-known for its excellent cuisine and its food culture. The local food stalls are very popular in the evening and so is Hakata Ramen, the local interpretation of the national dish. Also, the town is surprisingly close to South Korea and ferries let you hop over in not more than three hours. 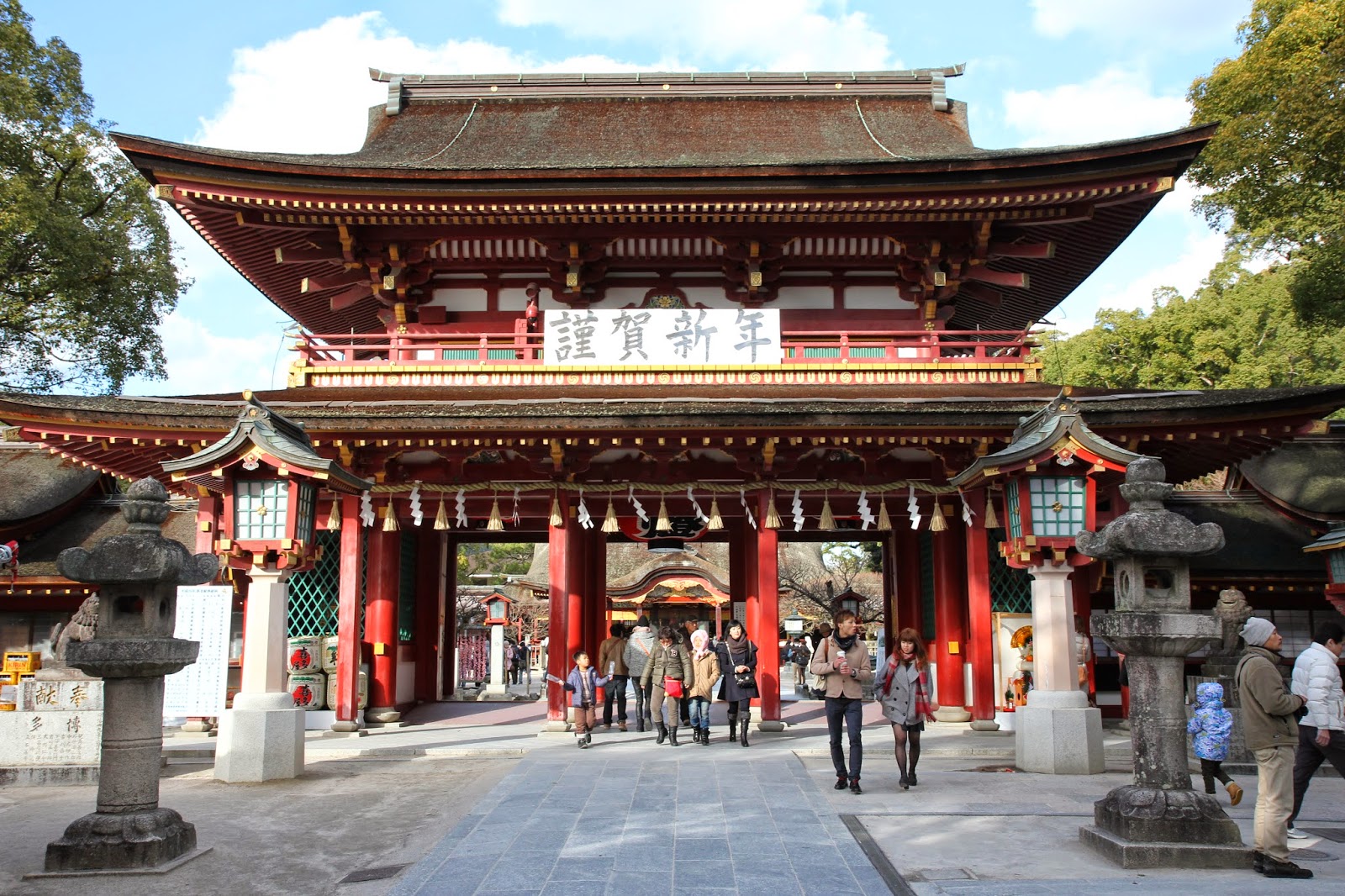 I was really lucky to get an apartment in the Tenjin district in the middle of the downtown. After touring the city and visiting the Daizaifu shrine on the outskirts I will treat myself to some tasty Tempura (fried shrimps and veggies, originally from Portugal). 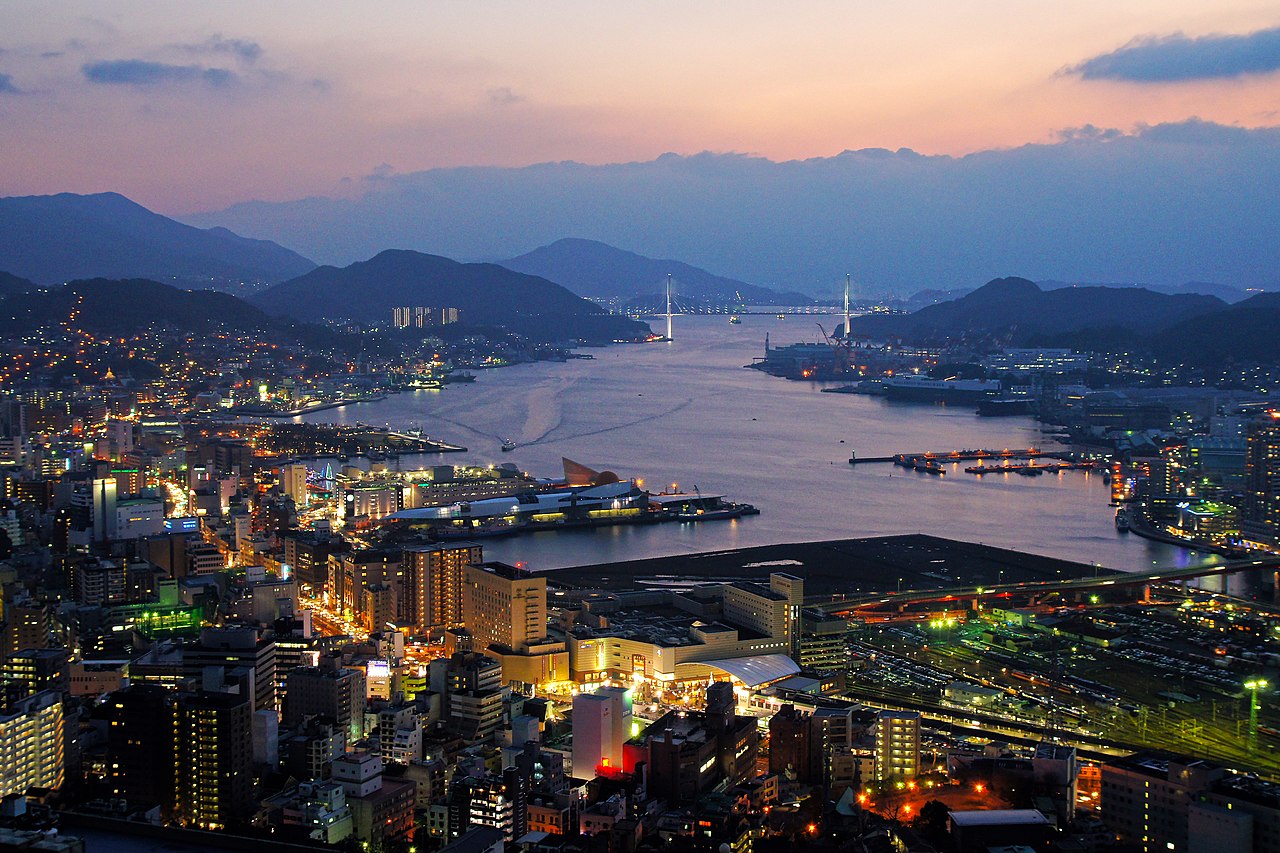 Unlike other places the first thing which comes to mind about Nagasaki is its role at the end of the second world war. Still, like Hiroshima the city has recovered very well and developed into a cosmopolitan city while keeping the memory of the past events alive. The city was heavily influenced by the Portogese colonists who have arrived as early as in the 16th century.

After arriving at the station in the afternoon I will check in my hotel close to the Chinese district, one of the three biggest in Japan. Also, the view from close Mount Inasa is said to be nice, so I will take a peek from there, too. Before I leave again on the next day I will pay a visit to the Peace Park and the Atomic Bomb Museum which tells the events of August 1945 from the perspective of the residents. Recently I watched an old Japanese movie setting in that time frame, so I am already a bit biased I guess.

Kumamoto – A castle and a volcano, but no dragon

From the touristic perspective, Kumamoto has just to offer its castle, but that is reason enough to stop by, since it is en route anyway. My hotel is very close to the castle, but I passed on the promoted „castle view deluxe suite“. 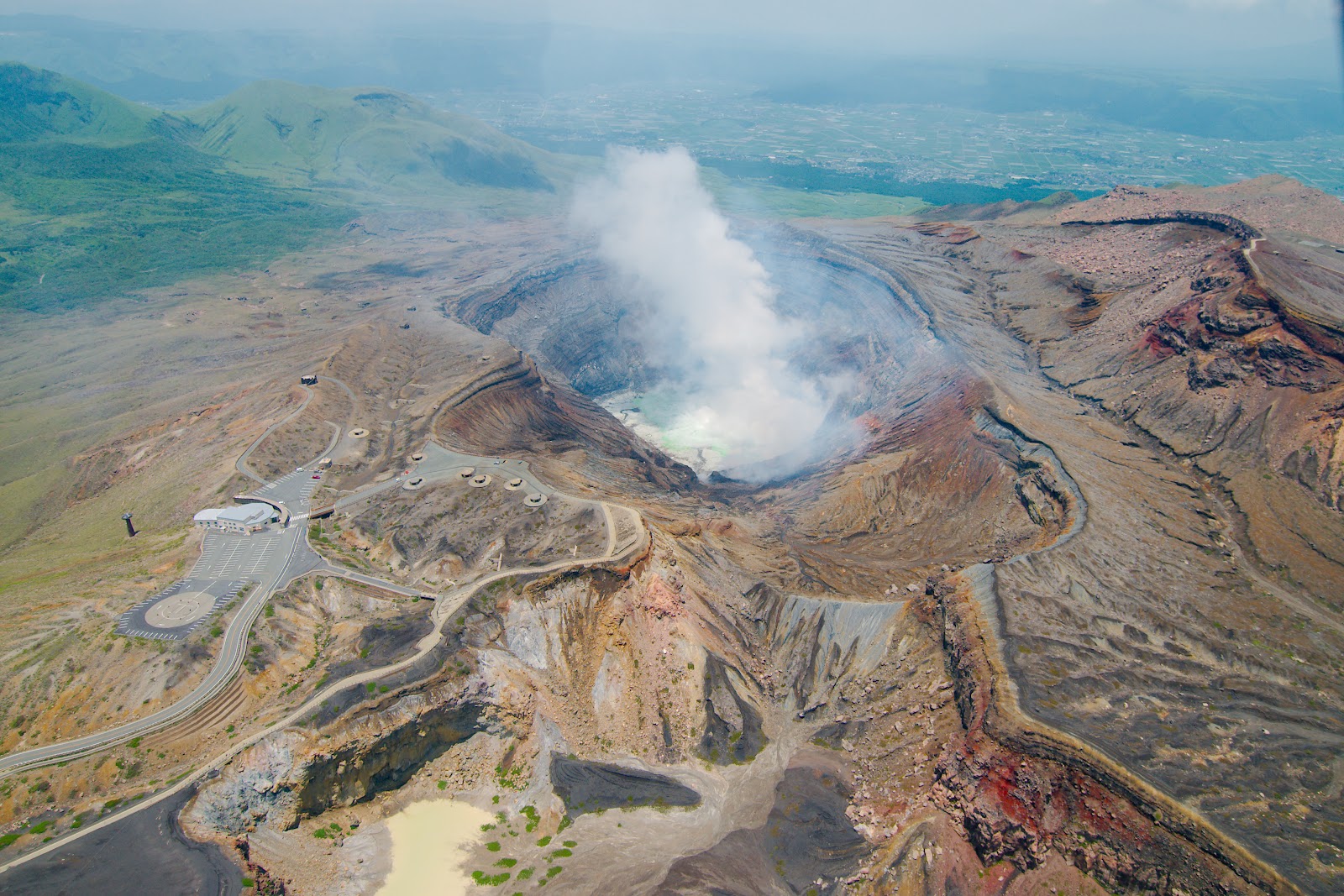 Before going to Beppu I will pay a visit to Mount Aso, the biggest caldera volcano in Japan and one of the biggest in the world. Since it is semi-active access is prohibited from time to time, so I have to decide spontaneously if I can visit the crater.

Beppu – The hell you can enjoy

Beppu is said to be the most famous Onsen spring in whole Japan, I will check whether this is true. Recently one particular Onsen was awarded with three Michelin stars, something which has never happened before. I considered spending my night there, first, but then I changed my mind to do something even more fancier. 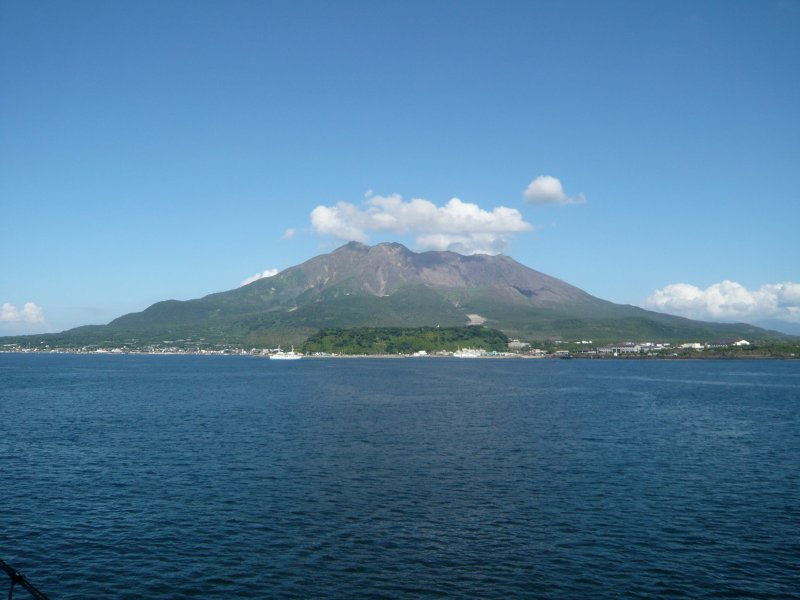 Kagoshima is located at the southern tip of Kyushu. While it is not the southernmost place in Japan it is still pretty much the southernmost major city apart from Naha in Okinawa. The active volcano Sakurajima lies just in Kagoshima Bay, visible from the town and accessible by ferry.

From Kagoshima I will take the Shinkansen back all the way to Kyoto. The train network is really amazing! Before I head to Tokyo for the last few days I will make a little detour to the northern coast.