Monday is Labor Day, so I got to spend an elongated weekend at home. I could make good use of the time by exploring the surrounding, going shopping and preparing this article.

As I slowly transition into my new daily routine the blog articles will become less frequent and more topic-centered.

There are countless things and practises which are different to what I was used to in Europe, so stating all of them is impossible. Still, I try to write about my impressions of various things I notice here which I find noteworthy.

Since I am commuting by bike everyday now I spend a significant amount of time touring through the streets of Palo Alto. The weather has been constantly nice so far, so it is quite enjoyable. 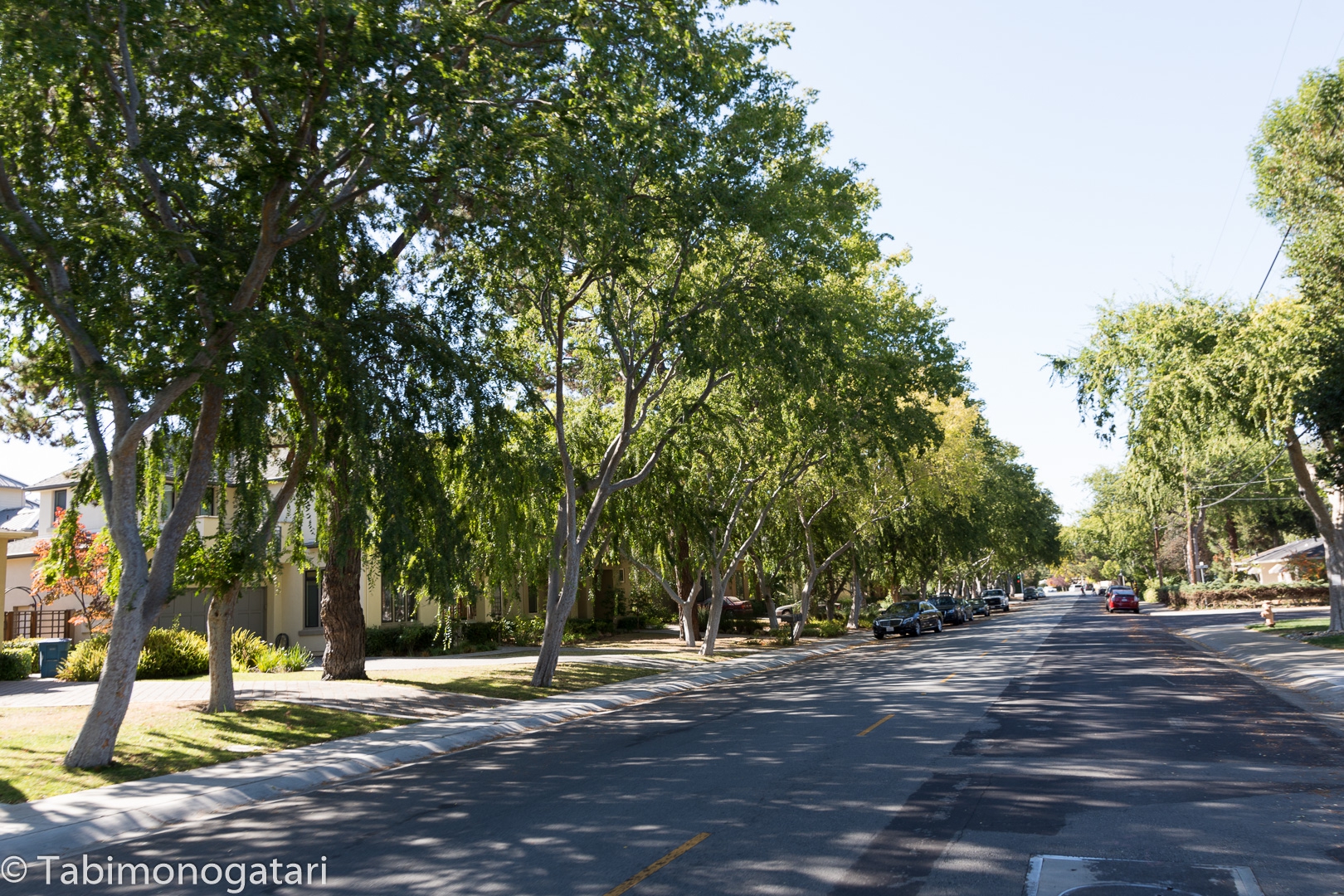 Without a bike, or any transportation on wheels you are quite desperate here. The public transport system is scarce and underdeveloped and stores aggregate in different parts of the city. Most house numbers carry four digits and everything seems more stretched out compared to European cities. Without a bike I would need 30 minutes to get anywhere.

Luckily, Palo Alto’s streets are very bike-friendly. Except from the major multi-lane roads cyclists are tolerated and often have dedicated lines.

Traffic is seemingly handled differently here, to example turning at a traffic light crossing. When you are in the front of a right turn lane you are allowed to turn even though the traffic lights indicate red. Another thing is that at literately every crossing without traffic lights two opposing sides have a stop sign installed, the other two have the right of way. The left yields to right rule has to be used in rare cases.

However most drivers gave yield to me as a cyclist even though I had to stop and yield. I was not a bike commuter in Switzerland, so I cannot compare well here, but it seems that the local drivers are more generous towards cyclists.

It is always funny when you come across spots you know from an entirely different angle. To example I ride past the offices of Groupon and SurveyMonkey everyday, two internet-based companies I have used in the past. Well, nothing less is expected from Silicon Valley.

Another thing I noticed are the car brands. Typically the share of domestic brands is the highest, or so I thought growing up in Germany. Most cars I looked at were either Japanese (Toyota, Honda) or German (VW, Mercedes). On the other hand, I hardly saw any Ford cars. A friend told me once Ford has such a bad reputation that it tends to be called he “Fix Or Repair Daily” brand.

Last but not least, once I saw a Google Self-Driving Car driving around! They are already used for testing on the road, but seeing one is still a lucky case.

One thought on “Cycling in Palo Alto”